The largest superyacht to be built by German yard, Abeking & Rasmussen, 98-metre Aviva was delivered in record time.

Abeking & Rasmussen has launched its latest project, which is also the largest to be built by the German shipyard: the 98-metre MY Aviva. The project took 33 months from contract signing to launch, due to advances in the planning program of the yard, which is a relatively short period for a superyacht of this scale.

This is the fourth vessel in the AVIVA series for the same British owner, and there are clear similarities between the design of the new 98m yacht and the previous 68m version, not least the striking plumb bow and strong but elegant profile.

As with the previous yacht, which was delivered by Abeking & Rasmussen in 2007, the new AVIVA has exterior and interior design courtesy of Reymond Langton Design, alongside Toby Silverton on the exterior. Over the coming months, the outfitting of the yacht will be completed, in time for an expected spring 2017 delivery. 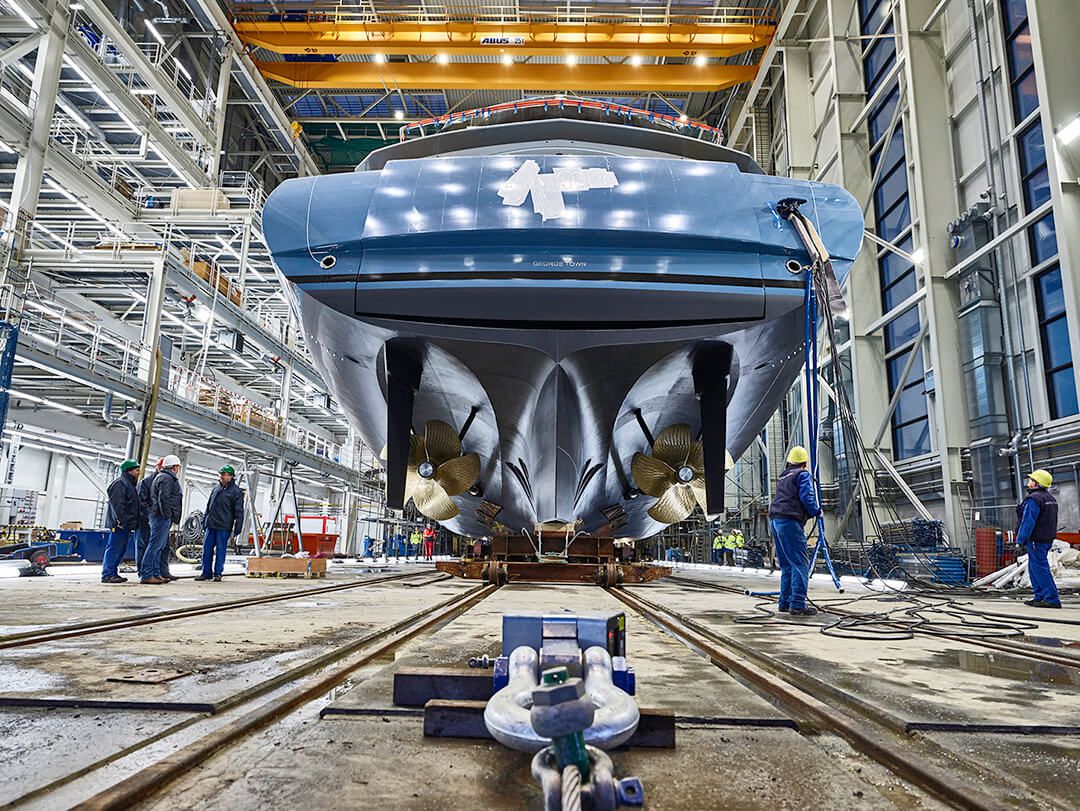 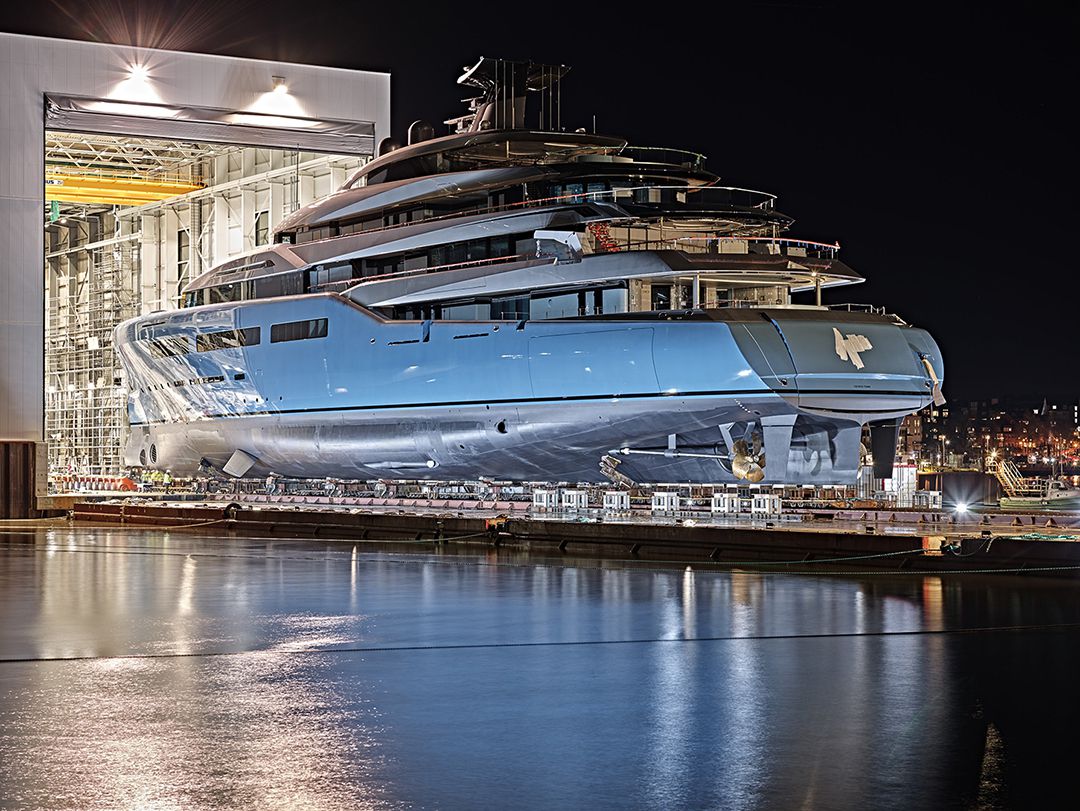 One of the most remarkable features of the new Aviva is the on board padel-tennis court, measuring 20 metres by 10 metres, with a six-metre height; the owner is a passionate player who wanted to be able to enjoy the sport wherever he cruised. Nestled in the interior, this is an oceangoing first, according to Abeking & Rasmussen.

Although there are evident exterior design similarities between the new yacht and the previous Aviva above the waterline, below the surface there has been extensive research and development of the naval architecture. This has resulted in a 20 percent decrease in drag, reduced fuel consumption and a maximum speed of 20 knots (versus 16.5 knots on the last Aviva).

Technically-minded yacht enthusiasts will be interested to learn that Aviva features a hybrid drive system, which allows the yacht to be propelled at speeds of up to 11 knots solely under electric power, rather than diesel. For passenger comfort, the electric motors provide a silent experience when underway.

Due to the yacht’s unprecedented size, Abeking & Rasmussen specially brought in a floating pontoon from Norway for the launch. The hydraulic-platform launching system included 60 wheels to winch the yacht onto the floating pontoon.

Till von Krause, Abeking & Rasmussen’s Sales Director, commented that the launch of Aviva marked two significant milestones for the yard: both the launch of its largest project to date, and the start of a new chapter in terms of the efficiency and speed at which it can deliver future yachts though the planning program enhancements.