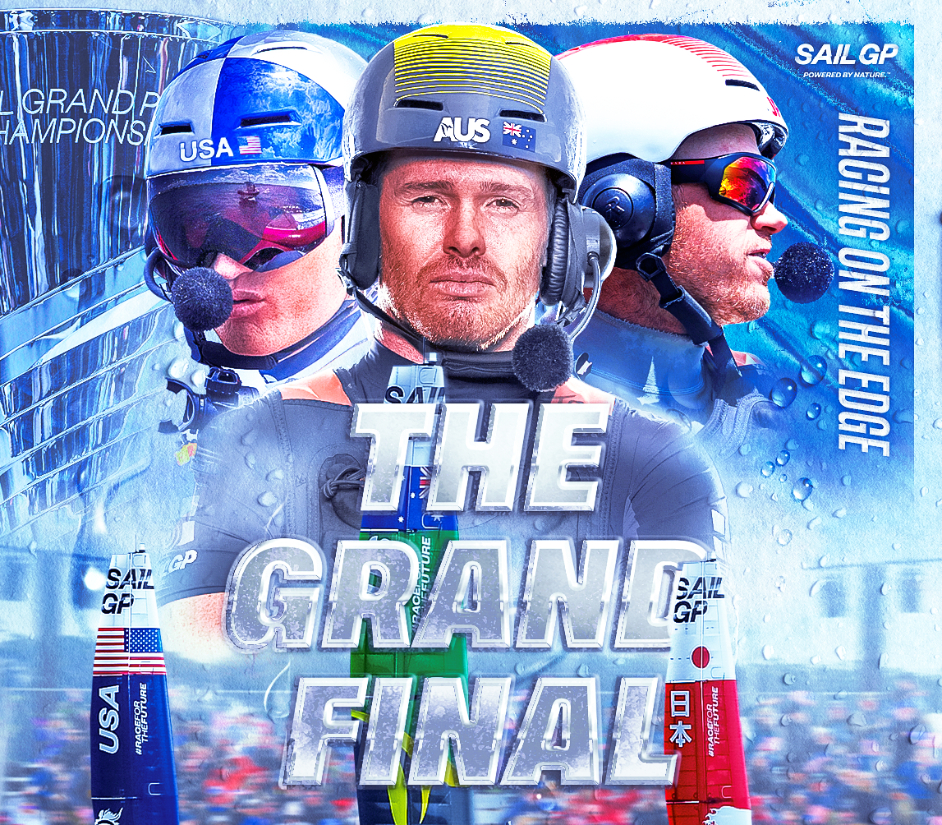 SailGP’s docuseries Racing on the Edge captures all the action of the Season 2 Grand Final weekend in San Francisco. The final Season 2 episode of SailGP’s docuseries Racing on the edge covers the Grand Final weekend in San Francisco, from dramatic collisions and challenging conditions to a whale interrupting the winner-takes-all race for $1 million. The drivers of the three teams in that Final Championship race, Australia’s Tom Slingsby, Japan’s Nathan Outteridge and USA’s Jimmy Spithill, give viewers an exclusive insight into their mindset, tactics and emotions from an unprecedented Grand Prix weekend at the Mubadala United States Sail Grand Prix. Slingsby’s Australia team ultimately prevailed in the shadows of the Golden Gate Bridge to claim back-to-back SailGP Championships.   sailgp.com 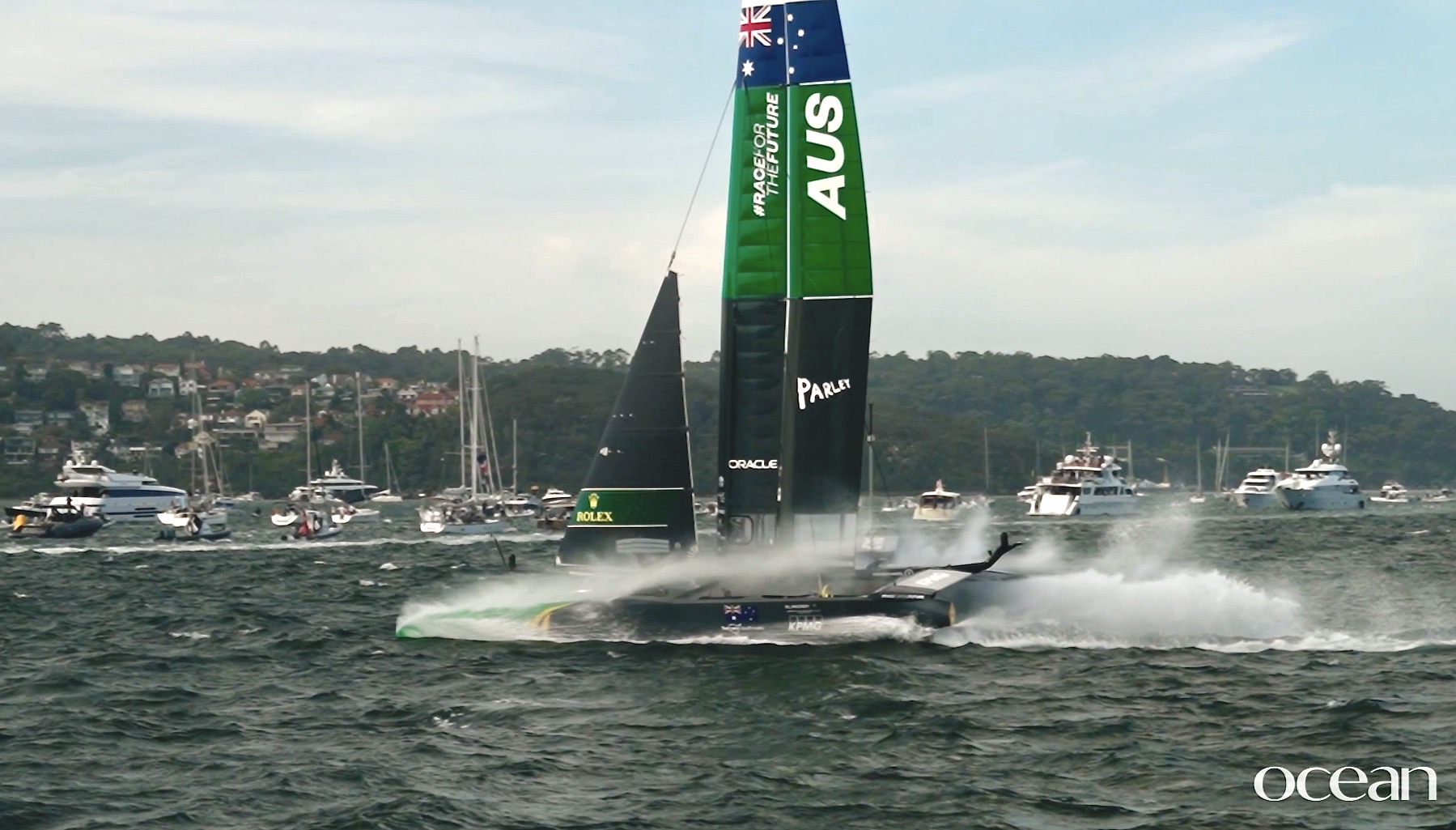 On 17 and 18 December 2021, the Ocean Club welcomed VIP guests on board the luxury motor yacht Caviar for two incredible days of SailGP racing. For the third time, SailGP lit up Sydney Harbour with some of the best sailing seen from the F50s, with high winds on the final day making for particularly exciting viewing. Tom Slingsby and the Australian team won the Sydney event, opening up a two-point championship lead in front of their US rival for the finals in March 2022 in San Francisco. Both afternoons, our guests enjoyed some of the most incredible experiences they’ve ever had out on the water, accompanied by exquisite Laurenti French Champagne and wine, gin and vodka from Wine and Only, as well as local beer from White Bay Beer. Naturally, drinks were served with the finest black caviar from Simon Johnson and the freshest oysters and prawns from Musumeci Seafoods. On both days, over fifty guests enjoyed Sydney’s oldest but newest charter yacht, Caviar. Built in 1955, Caviar started life as an Australian minesweeper before being decommissioned. Many years later, she has been brought back to life by a passionate owner, determined for her to become one of Sydney’s most charming charter experiences.

“Inviting our Ocean Club guests on board Caviar, one of Australia’s most unique luxury charter yachts, for exceptional views of the F1 racing on the harbour was such a pleasure,” said Hillary Buckman, Managing Director of Ocean Media.

We would like to give special thanks to our valued Elite sponsors Benetti Yachts, Pantaenius Yacht Insurance, Tourism Australia and ACME Quality Marine Clothing, together with our Ocean Partners White Bay Beer, Cotswold InOut Furniture, Analu Luxury Italian Interiors and Laurenti Champagne. The Ocean Club tender service was supplied by Windcraft’s new RYCK tender, and our stunning 1955 luxury charter motor yacht Caviar and her exceptional crew offered us the best platform to view the racing on Sydney Harbour – you simply can’t get any closer to the action! Ocean Media was again proud to be appointed an Official Supplier by SailGP for the third year.   oceanmedia.com.au oceanmagazine.com.au sailsmagazine.com.au oceanclubinternational.com sailgp.com   📸  Roman Liebich Photography 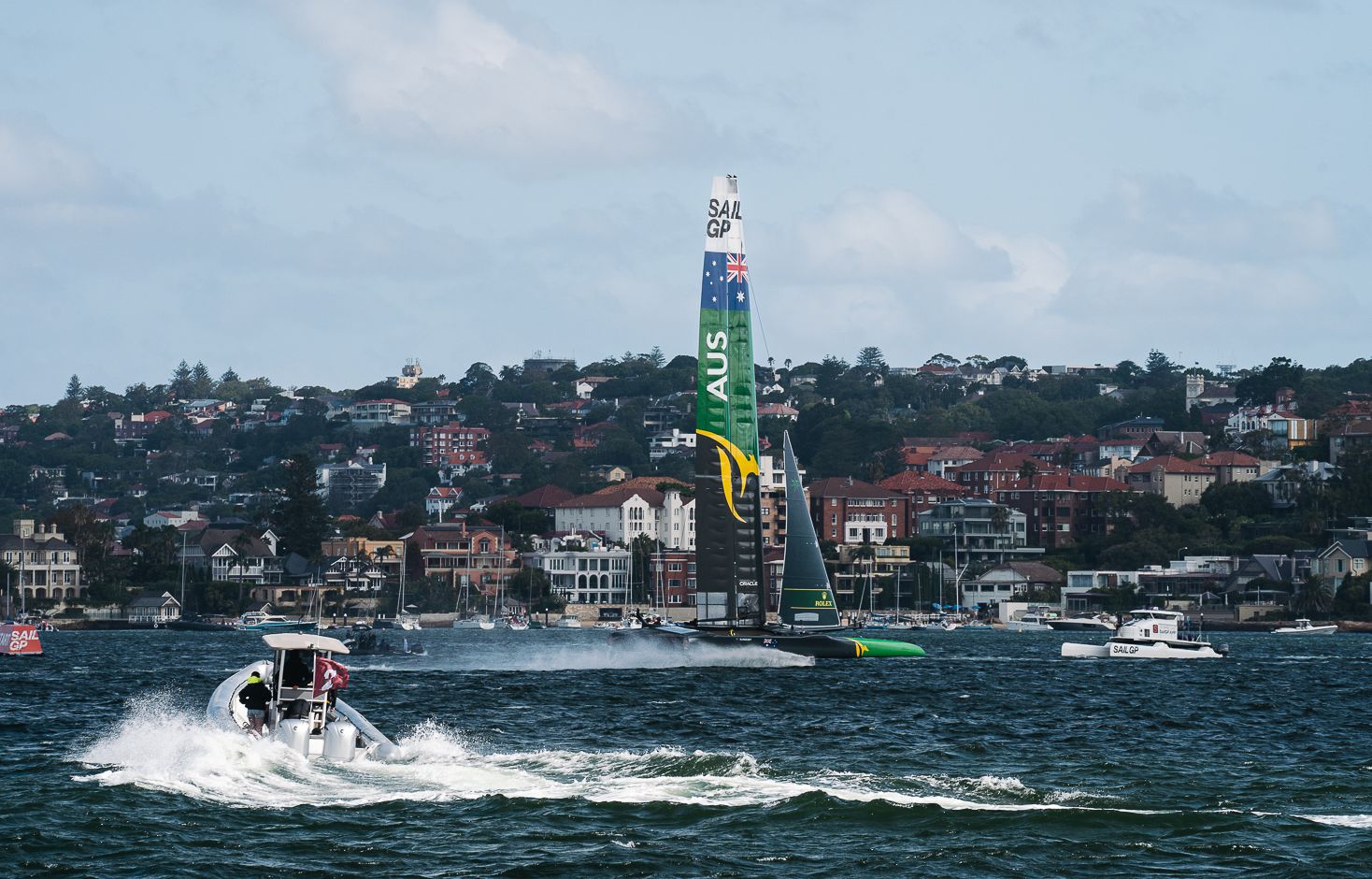 Situated inside the Exclusion Zone, guests on board A.Q.A. were in prime position to witness rivals Tom Slingsby and Ben Ainslie go head-to-head, as their teams Australia and Great Britain battled it out in the Match Race Final for the Season 2 opener of SailGP. The second day of Sydney SailGP started much the same as the previous day, with stunning conditions on Sydney Harbour, with a steady breeze ideal for fleet racing. During breaks in the fleet races, Ocean Club guests discussed battle tactics while enjoying hors d’oeuvre and drinks on the flybridge of A.Q.A., drinking in the sunshine and taking in the race atmosphere on the harbour. #oceanclubconcierge Videographer @romanliebich.photography

Ocean Club guests on board the superyacht A.Q.A. were treated to the showdown that all sailing fans wanted to see in the final of the SailGP season 2 opener. Situated inside the Exclusion Zone, guests on board A.Q.A. were in prime position to witness rivals Tom Slingsby and Ben Ainslie go head-to-head, as their teams Australia and Great Britain battled it out in the Match Race Final of Sydney SailGP. 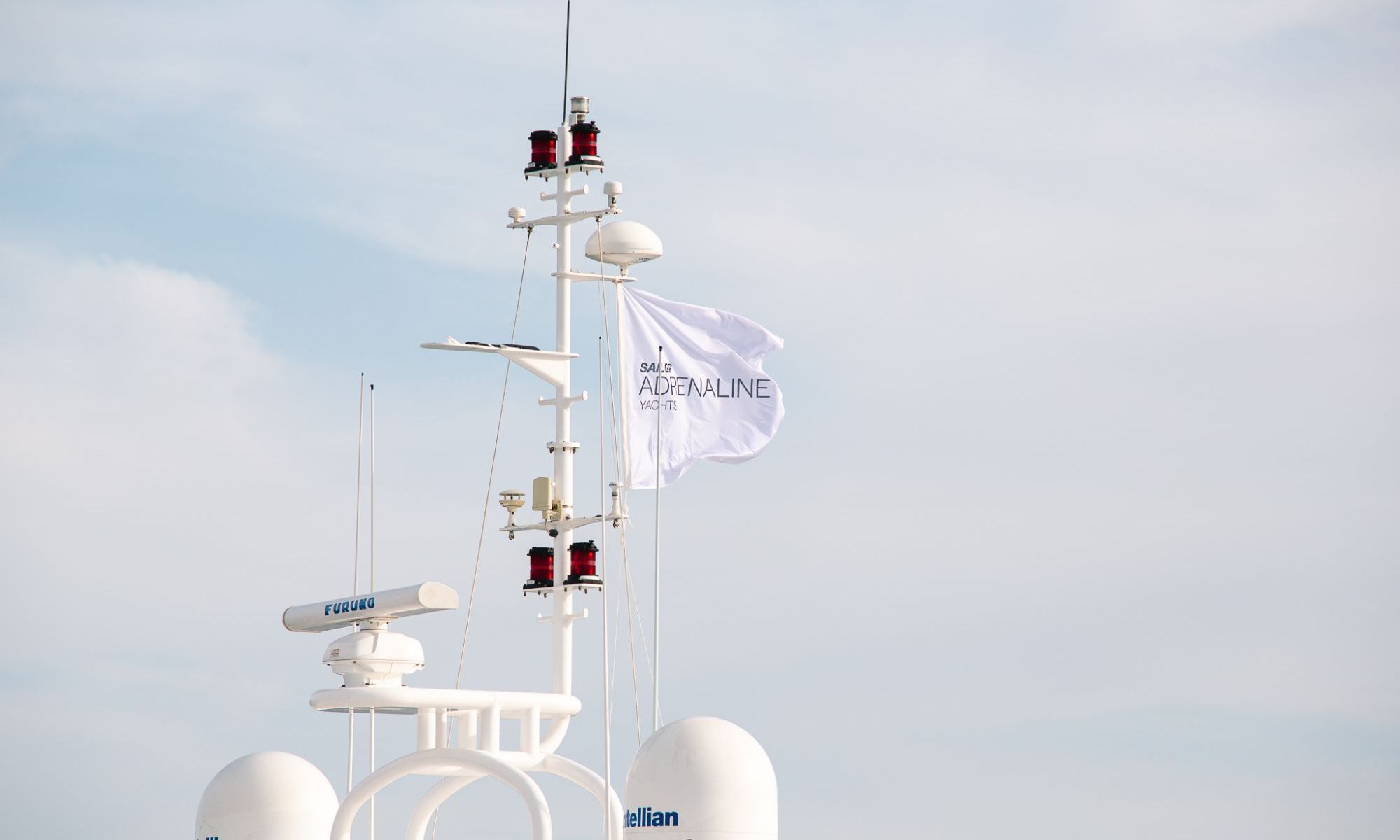 VIP guests of Ocean Media’s Ocean Club were treated to front row seats onboard charter motor yacht A.Q.A. and witnessed a new era in SailGP, as Season 2 returned to Sydney Harbour. The atmosphere on the sidelines was electric as the opening act of Sydney SailGP saw two new teams and old foes clashing on the water for the first event in 2020, in front of a bumper crowd on the shore and on water. Ocean Media for the second year running was appointed as the Official Sydney SailGP Adrenaline Program Partner, and led with the prime position for a fantastic day trackside, nestled in the Exclusion Zone. Throughout the day, drinks flowed and delicious food was served as guests enjoyed not only the racing but also the onboard networking. 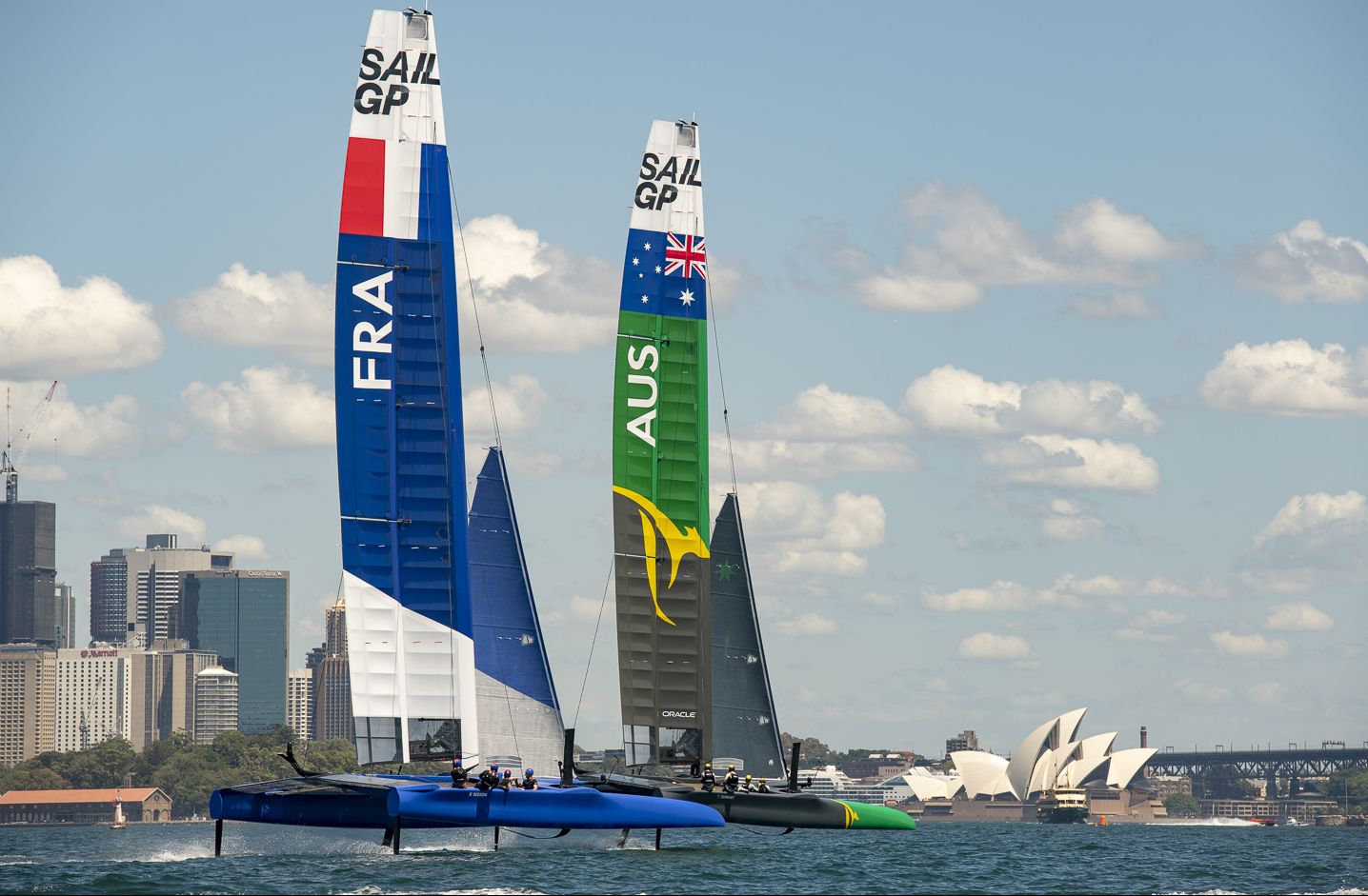