With timetables squeezed on the water and in the shed ahead of the first scheduled racing in December 2020, time has become a precious commodity for both Emirates Team New Zealand and the challenger syndicates.

There’s a famous line that’s becoming all too real for the AC36 teams: “The only thing you can’t buy in the America’s Cup is time.”

With ten months until the Cup decider in Auckland, none of the four syndicates are actually sailing in full competitive mode.

In fact, three don’t even have an AC75 on the water at the moment. New Zealand’s AC75 is on its way back to Auckland, INEOS Team UK remain in COVID-19 lockdown, and NYYC American Magic has made a huge leap of faith having just loaded Defiant on a ship bound for Auckland around 7 June – without any guarantee that New Zealand authorities will be able to process the boat or team when they arrive.

Despite Italy experiencing one of the highest death tolls from the coronavirus, Luna Rossa managed to obtain some kind of dispensation to allow them to go sailing before lockdown officially ended on May 3 and have been out on the water since 20 April. Electric motors have replaced the grinders to meet social distancing requirements. 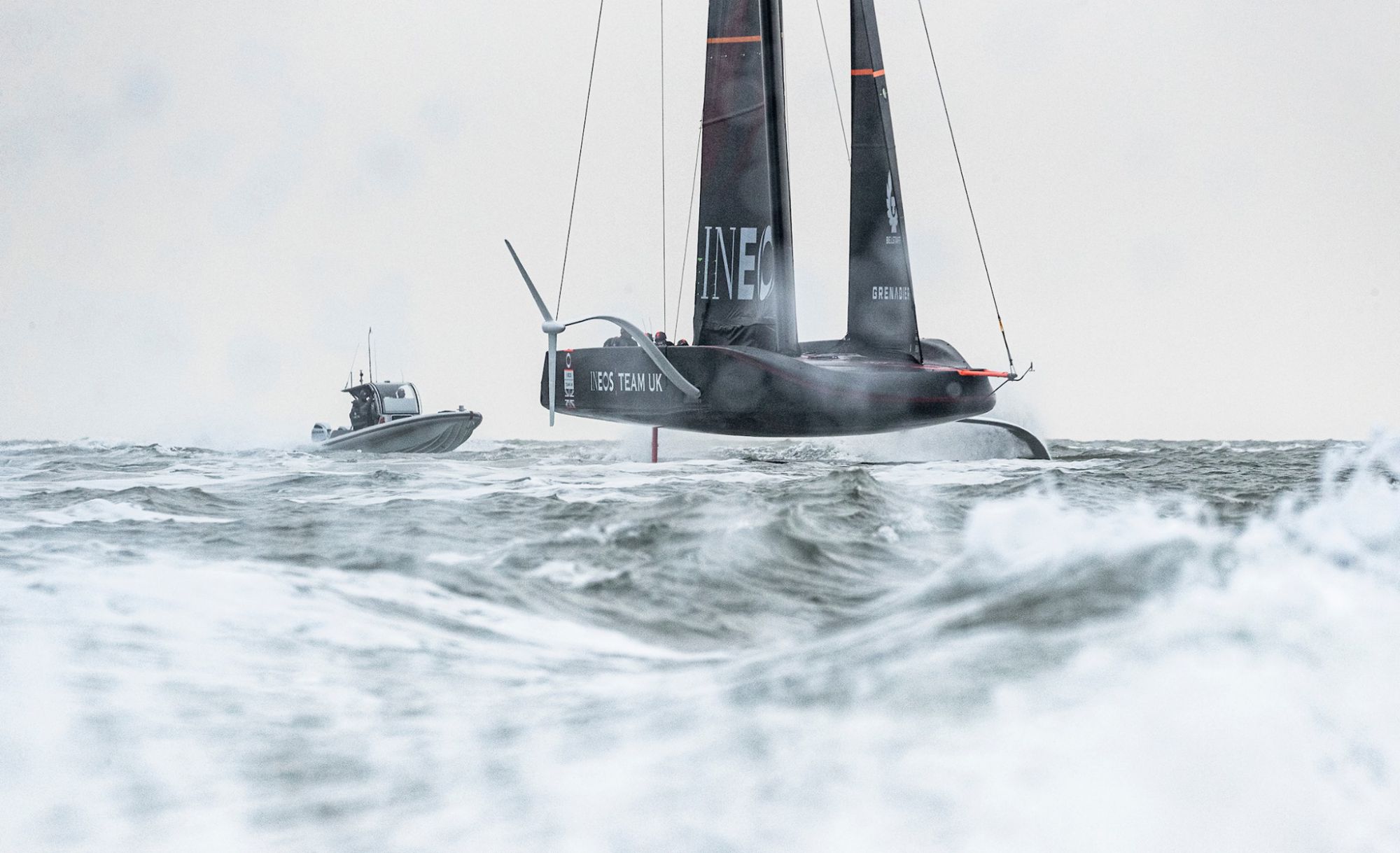 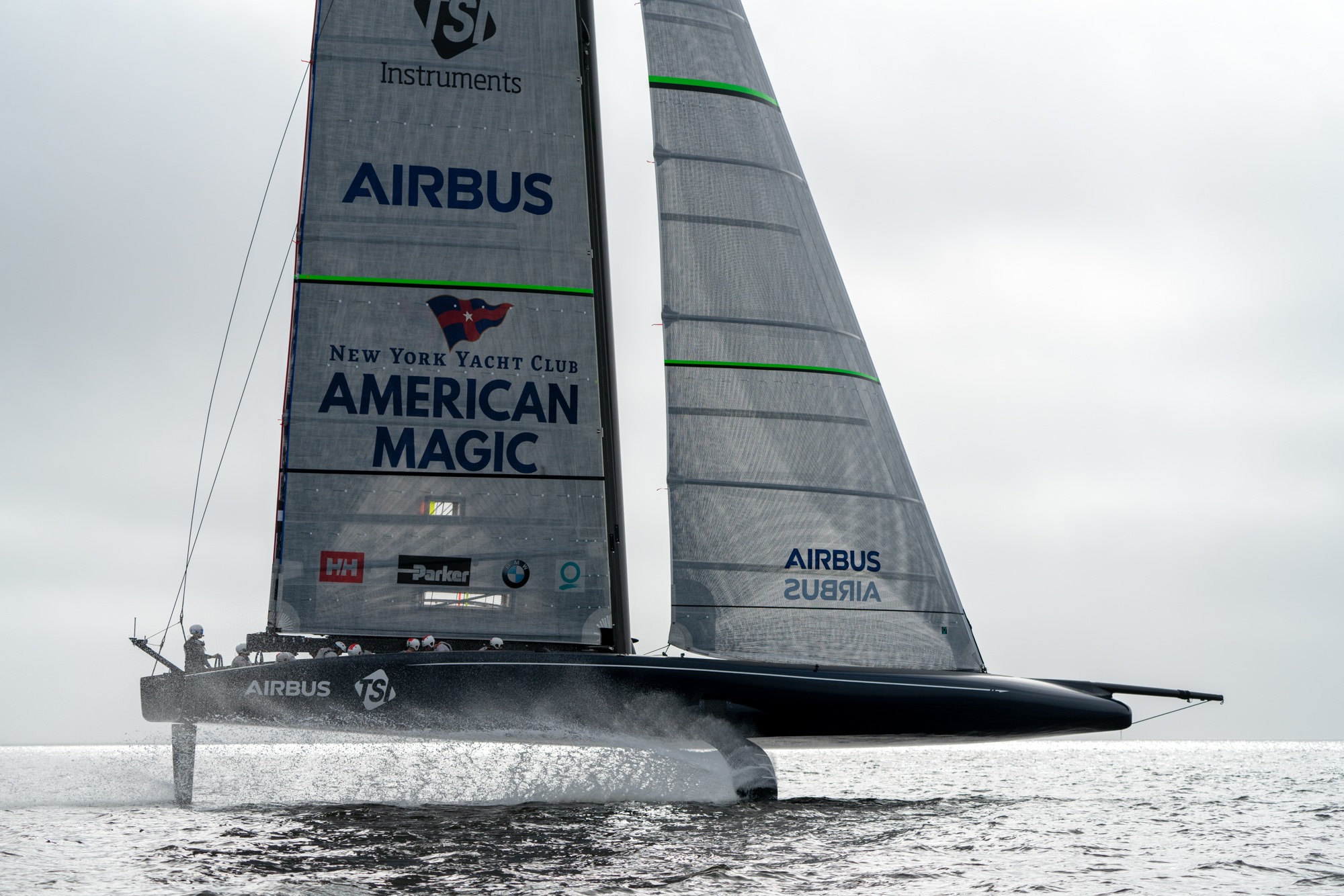 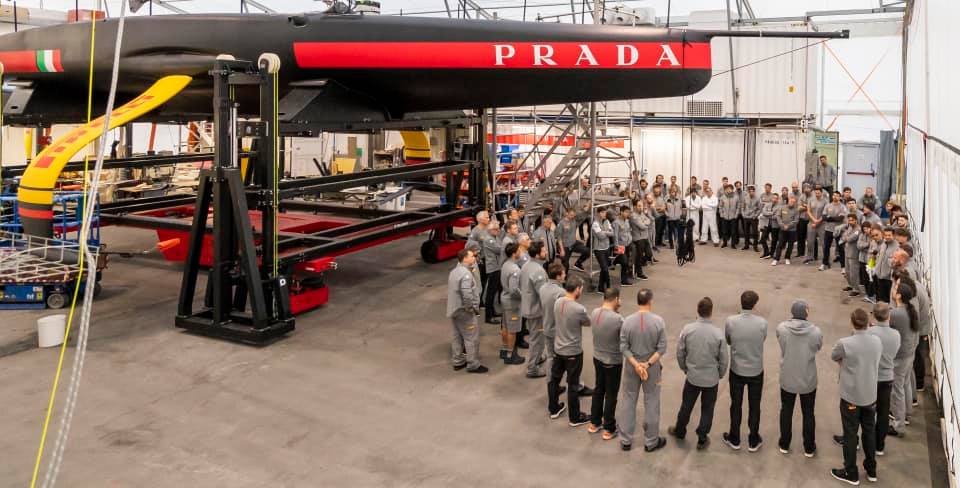 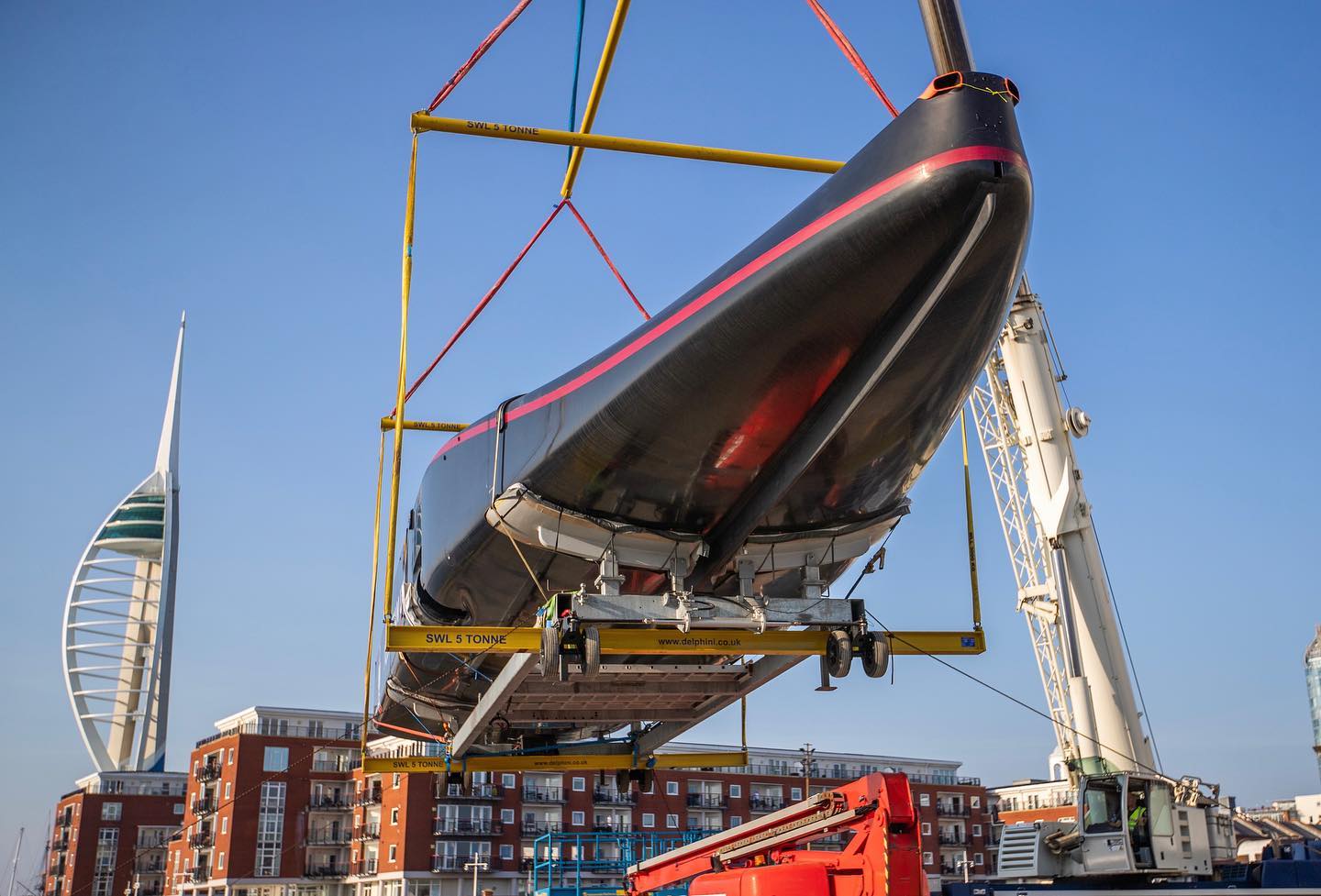 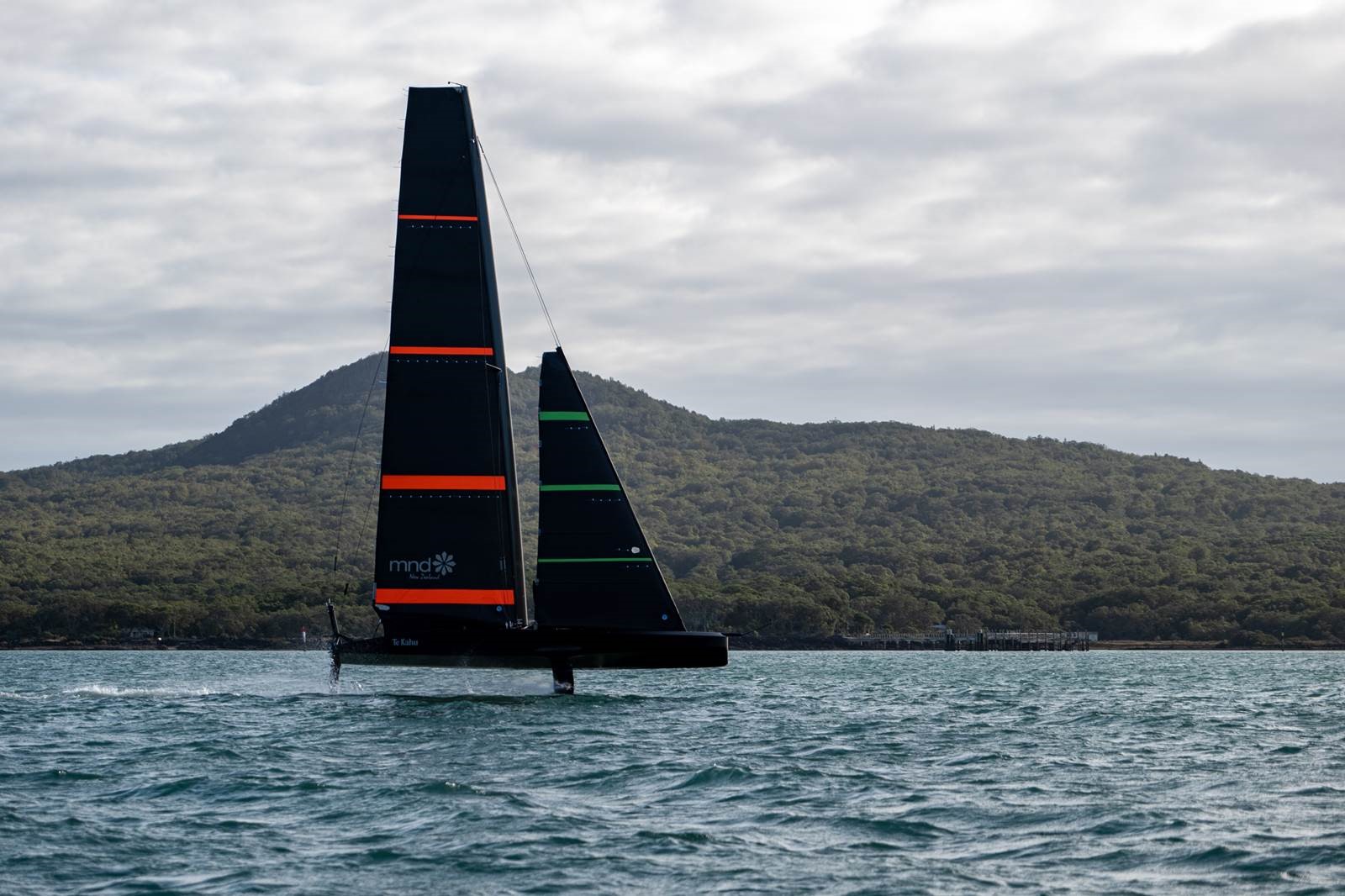 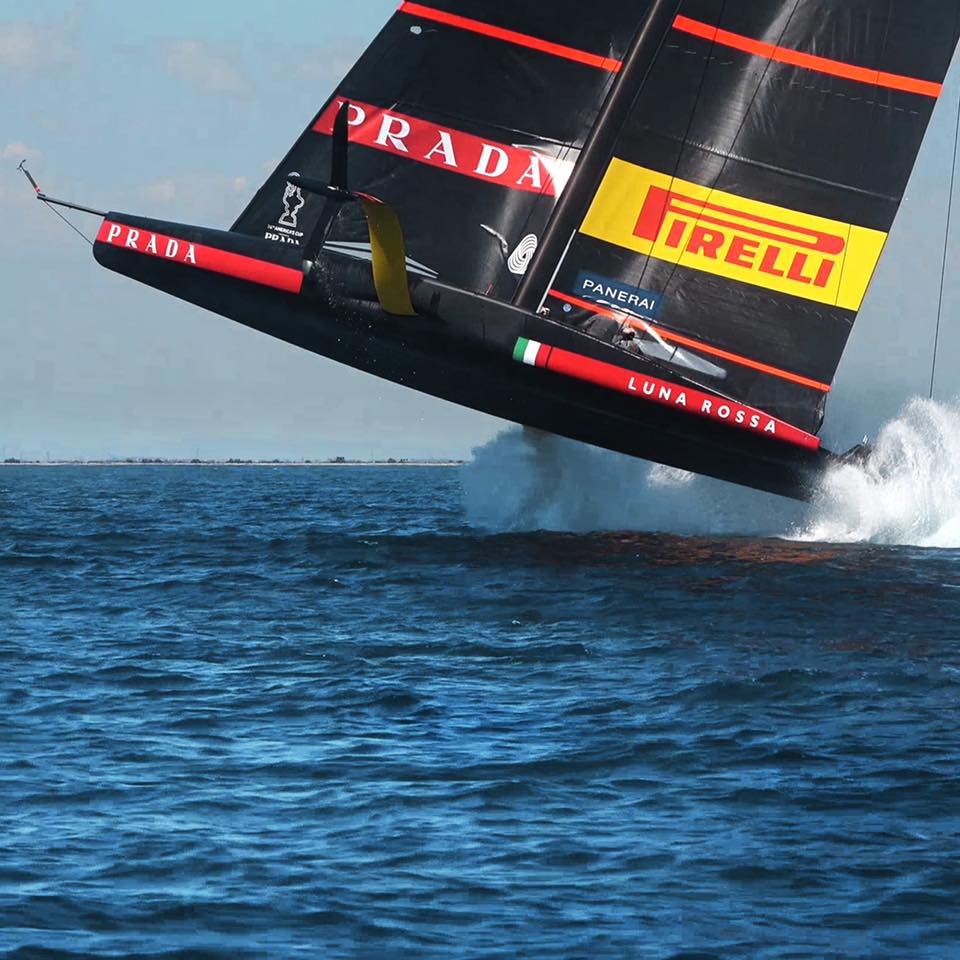 They are expected to continue sailing their first boat out of Cagliari until the end of September, and will fly their second AC75 to Auckland with the aim of being out on Waitemata Harbour around 20 October.

Perhaps even more telling, the Italians, Brits and Americans have all somehow been able to continue construction of their second boats through COVID-19. Meanwhile, Emirates Team New Zealand had to suspend production under NZ’s tough Level 4 restrictions. The full impact of that is difficult to ascertain right now, but there’s no question the Kiwis have been disadvantaged given the five-week shutdown equates to 7,500 man hours.

Emirates Team New Zealand were able to resume their on-water development and testing program in the small boat, the 12-metre Te Kahu on 30 April. The big boat Te Aihe is due back in Auckland mid-June after what’s been described as a four-month trip to nowhere due to the cancellation of the America’s Cup World Series (ACWS) events in Cagliari and Portsmouth.

Plenty has been happening in various virtual training and design programs, however. For example, INEOS continue to focus on the challenge presented by the new rule that stops teams from swapping out foils depending on wind conditions, as they did in Bermuda.

Nick Holroyd, Chief Designer INEOS Team UK explains: “Teams have got used to being able to change parts such as the foils and reconfigure boats according to the weather on race day.

“For the next America’s Cup, we have a fixed configuration, which we are required to declare five days in advance. As racing is expected to last for ten days, it means we need to go for a rather general design that will sail well with any wind speed, both on the straight and going around corners,” he reveals.

After Sardinia, Britannia has sported a distinctive hull modification – a skeg bisecting the length of the hull. Luna Rossa was designed with one and the theory is it’s an end plate to help the critical transition to foiling.

INEOS’ new boat is well underway at Carrington Boats, under the supervision of renown Australian boatbuilder Jason Carrington. He admits the AC75’s are, even by his exacting standards, a “difficult build” with very refined laminates, lots of patching, lots of core chain and a myriad of different cores in the hulls, decks and even bulkheads.

And, as he told French website and sailing newsletter Tip & Shaft, the last-minute design changes are coming thick and fast.

They’re very much designed as you go. We get drawings every day; we have new drawings today. We probably got some last night and we will be doing that stuff tomorrow. You don’t get a lot of time to digest it.

“We are very much a part of the team in terms of how you build stuff. We have regular chats with those guys in terms of how to make stuff and what materials we could use. That works well, but it is still challenging because we’re up against it and things change quite rapidly.”

Still, it’s a big deal for all the teams missing vital time on the water. Simulations have proved extremely valuable to preparation, but a virtual 60 knots doesn’t translate to the equivalent experience out on a choppy racecourse. And all the crews agree – the AC75’s can be a handful.

Freddie Carr, one of the hefty grinding team on Britannia says they are pushing themselves to new levels to power the big foiling monohulls.

“On these boats, the manoeuvres are harder work than the AC50 [the catamarans used in the last America’s Cup in Bermuda], because the loads going through the sails are bigger,” he rationalises.

“With the boat dialled in, straightline sailing, you can come up for air, but then within 60 seconds you’ll be doing another manoeuvre. We’re training like endurance athletes. This week alone we have 15 aerobic conditioning sessions to do in lockdown at home,” he says.

There’s also a healthy respect for the boats’ unique sailing properties. Glenn Ashby, who has 17 world championships to his credit and skippered the Kiwis’ winning America’s Cup 2017 campaign, says while the AC75’s are majestic, even beautiful in repose, powered-up they are formidable “beasts”.

He predicts there will be more spectacular capsizes: “We don’t have a 20-tonne lead bulb to keep the boat from rolling over. You have to learn how far you can push, how far you can go, so when you come to a racing environment, you can appreciate where that edge is.

Without the opportunity to gauge the performance of their boats and crews against one another in the now-scrapped World Series regattas, the teams have had to forge on in their own directions, though the consensus is the second-generation boats will be more similar from a design perspective. In the end, the crucial and winning differences will be in the foil, aero and systems that control the boat.

Ashby didn’t give much away on Emirates Team New Zealand’s second AC75, under construction on Auckland’s North Shore at a secure location away from prying eyes and drones: “In many ways, boat two is different, but in many ways it’s the same,” he said.

The first time the giant 75-foot foiling monohulls will line up against each other will be in late December in Auckland, just a few weeks ahead of the Prada Cup Challenger Selection Series when they will find out who will race Emirates Team New Zealand for yachting’s greatest prize.

Given recent delays and disruptions, the next few months have become critically important for all those working toward success in 2021.

“These are definitely nervous times,” says American Magic’s Executive Director Terry Hutchinson. “I would go as far as saying that the success or failure of our program lies purely in the next eight or nine weeks.”

It’s become a race within a race – and all the teams know it only too well.