Pete Melvin is a world-champion sailor, designer and engineer. He’s also one of the foremost experts on foiling through his extensive America’s Cup experience. Sitting-out this AC cycle he and the design team at Morrelli & Melvin have been working on foil systems that dramatically boost a hull’s efficiency – and are achieving some remarkable results with power catamarans.

But he also possesses a deep-seated drive for excellence and a passion for speed and efficiency in any hull form – be it sail or power.

In 1988, along with his crew, Pat Muglia, Melvin won the U.S. Tornado trials and represented the USA at the Olympic Games in Seoul, where he placed mid-fleet after one retirement and a DSQ.

Melvin has been involved with rewriting America’s Cup rules: the AC72 rule used in the 2013 Cup, and the ACC rule that was released in June 2014 for the 2017 race. He even moved to New Zealand for two years to take up the position of principal naval architect developing foiling systems for Emirates Team New Zealand’s 2013 Cup campaign.

Now along with designers at Morelli & Melvin, the design powerhouse he cofounded with Gini Morelli, he’s utilising his deep knowledge of foiling dynamics and high-performance hulls to incorporate design improvements in a new generation of foiling assisted power boats.

Ocean’s Associate Editor Scott Alle caught up with Pete at his home in Los Angeles. 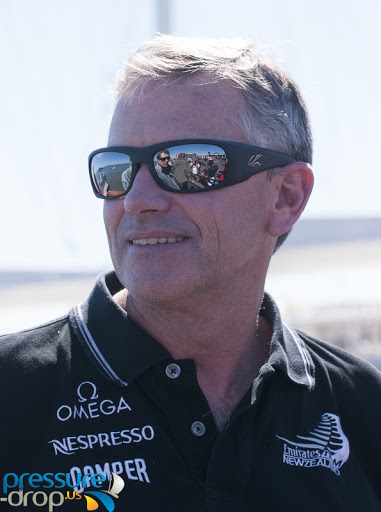 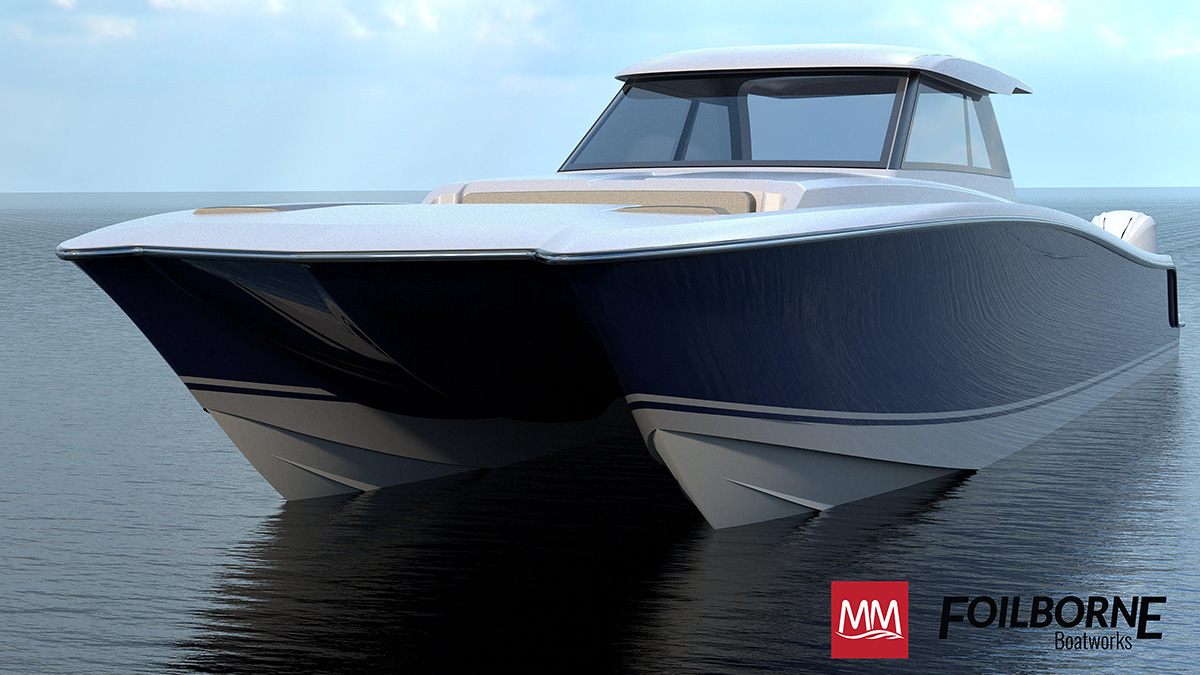 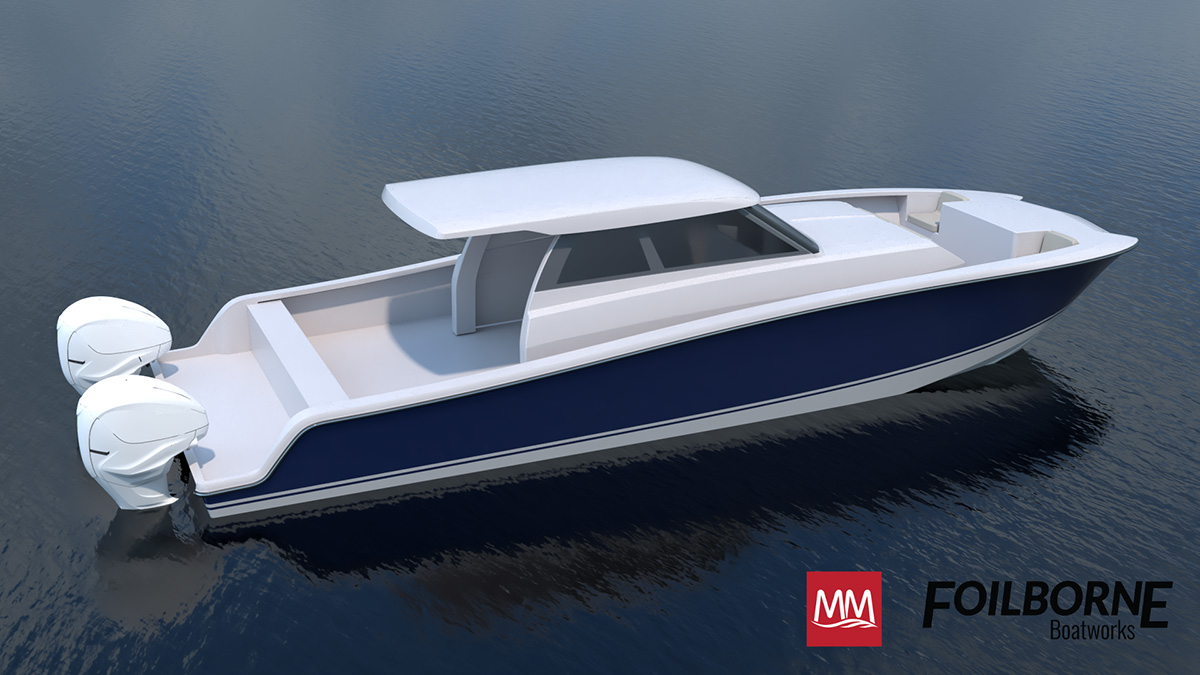 Pete, thanks for talking with Ocean. Firstly, how has Morrelli and Melvin adapted to the COVID-19 pandemic? Have any positives emerged?

I was expecting business to slow down a bit, but it hasn’t. There are 12 of us all working from our home offices. We had to re-organise our communications systems a bit. Some nice innovations have popped out of it for us; some research projects going on, some things we’ve had time to have a closer look at.

You have been utilising your extensive America’s Cup experience with foils and hull forms to boost speed and efficiency in powered vessels. What are some of the applications are you working on?

We are seeing a lot of interest in foiling and foil-assisted power boats. We’ve probably got five or six of those on the design board right now. We are developing concepts for very high performance power catamarans that do 70 knots; quite complex hull shapes with steps and other features. Our new (software) design tools are really helping push that forward.

Are we talking about fully foiling or semi foiling?

Fully foiling is still difficult in a power boat. We built a fully foiling prototype power boat a couple of years ago and it was actually more difficult than we thought. With a foiling power boat you don’t really have a control for roll or pitch. Once you get up onto the foils the boats are pretty unstable. Sailors are used to roll and control it by steering and trimming. In a power you have to manage those axes and have robust, reliable roll control system. You also have the issues of getting the propulsive power to the water; whether it’s shafts or jets it’s much more complicated than standard power boat. 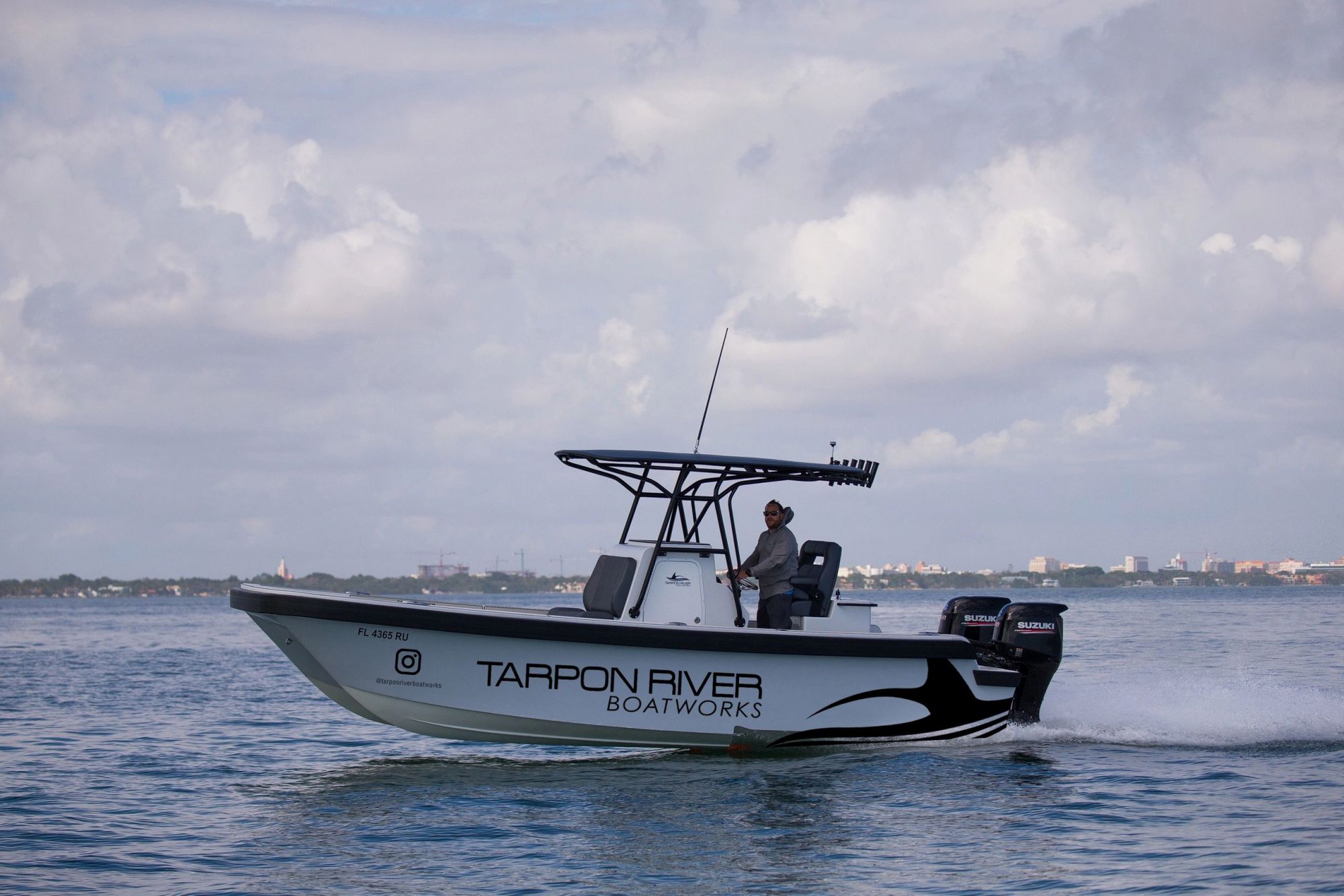 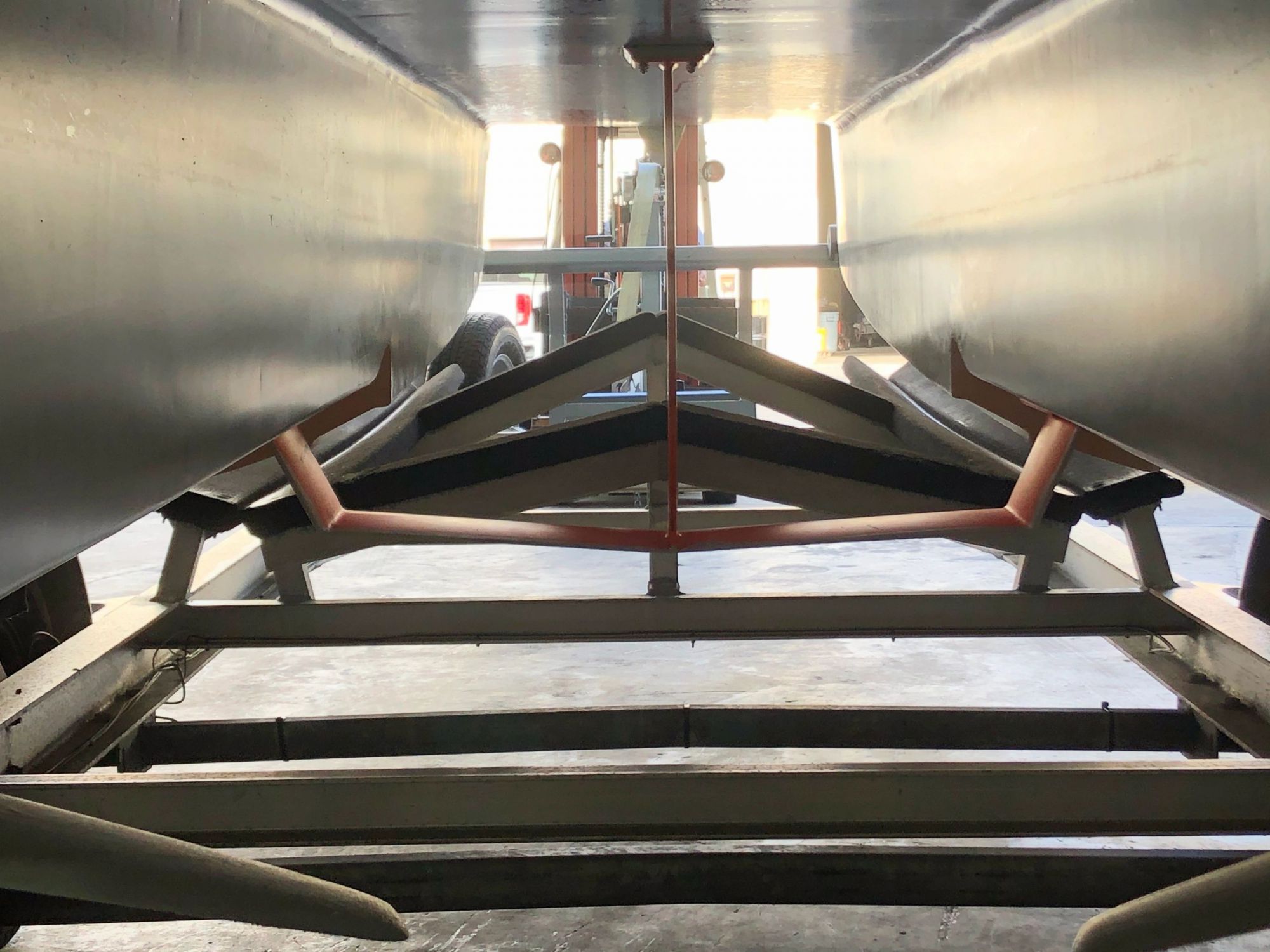 In what ways can foil-assisted technology be harnessed?

It’s very interesting. It was originally developed by a guy named (Professor) Gunter Hoppe in South Africa back in the late 1970s and early 1980s. He and his team created foil assisted catamarans that were achieving 30 or 40 percent better fuel economy with reduced power which was fantastic. But it never really took off in the mainstream and part of it was the boats tended to have quirky handling in some conditions. We have learned from our own experimentation, they have very specific uses and are not for every client. So in 2014 after the America’s Cup we had a little bit more time to dig back into that and we did and R&D program where we designed a number of different foil systems and then actually tested them on a boat we have here locally.

We made five different sets of foils and tried a bunch of different variations and came up with something that not only performed better but also had better seakeeping and handling.

What models can we look at that with those improvements?

There are a couple currently in production. One is a retro-fit; we retro -fitted a foil to a power catamaran the Aquila 36. That’s been a big success on that boat. Then we have a 24-footer that has stepped hull and a foil. It’s called a Tarpon River for a company based in Florida. We think that’s really the next big breakthrough – we’re seeing amazing efficiency and even better seakeeping with that shape. We are developing a couple more models with them. We also have a few more on the drawing board and in tooling development now. One is called a Foilborne 40 with a stepped hull and our foil system on it. It’s all about efficiency gain and improving the boat.

Depending on the boat what are the ballpark figures in terms of those efficiency gains?

Typically, in the 30 to 40 percent range. It’s incredible. When you are doing a new design, even with these fancy new design tools we have we struggle to get five percent resistance (total hull resistance or RT), that’s pretty good. You spend a lot of effort to achieve that. Stick one of these foils on and you’re getting a 35-40 percent improvement. That also means there are significant gains in terms of fuel and economy and you get what we call a positive design spiral. So, if you are designing a boat and you know you are going to put a foil on it, you could do with 30 percent less power, which weighs and costs less. You can put in smaller fuel tanks and that means space gains elsewhere.

Is it also applicable as you move up the size range?
It would definitely work on larger boats as well, and it has been tried on ferries. We are doing a couple of studies on that right now. The gains aren’t as big – the high speed ferries 30, 40,50 metres in length – they are more efficient inherently than a planing boat because they have a long skinny displacement shape. There is still a 15-20 percent improvement and over the life of the boat that’s a lot.