Sunseeker has released new imagery of its upcoming 20.5-metre model, the 65 Sport Yacht.

Britain’s Sunseeker has publicly unveiled a further look at one of the brand’s upcoming releases, the 65 Sport Yacht.

The release comes less than three months after it was displayed alongside four other new Sunseeker models off the southern coast of England.

Featuring the choice of either Volvo Penta IPS-1200 or IPS-1350 engines, the Sunseeker 65 Sport Yacht provides manoeuvrability, efficiency and dynamic performance, able to reach 35 knots on the water.

Including a sleek profile with an almost invisible, minimalist bridge deck, the model’s exterior has been enhanced with the addition of rakish hull glazing – a construction decision that increases natural light into the lower deck spaces.

Central to this yacht’s appeal is the inclusion of the SkyHelm, a Sunseeker-exclusive addition that includes twin bolstered seats both set low on the central console.

This design sets off a very modern fully-carbon steering arm that the driver can raise to ease ingress into this racing-cockpit design or locked in a raised position for helming while standing. 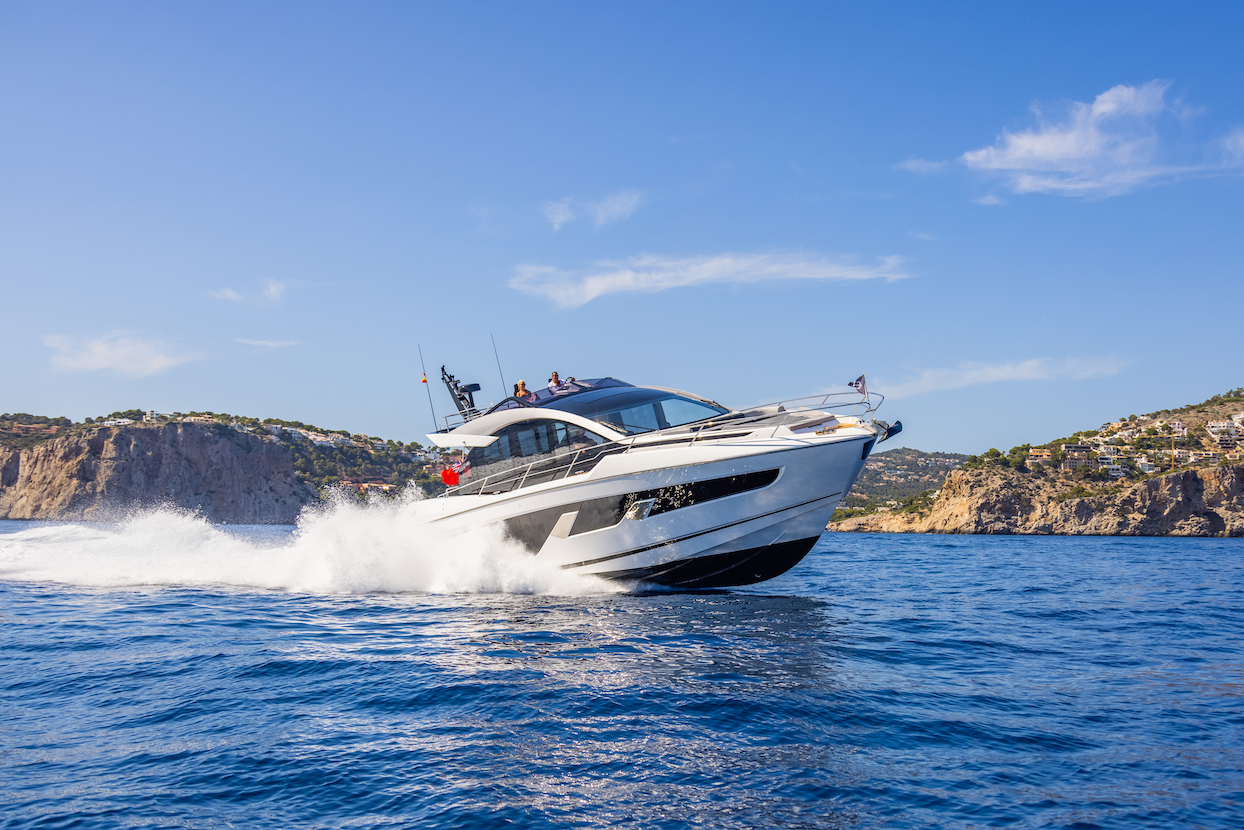 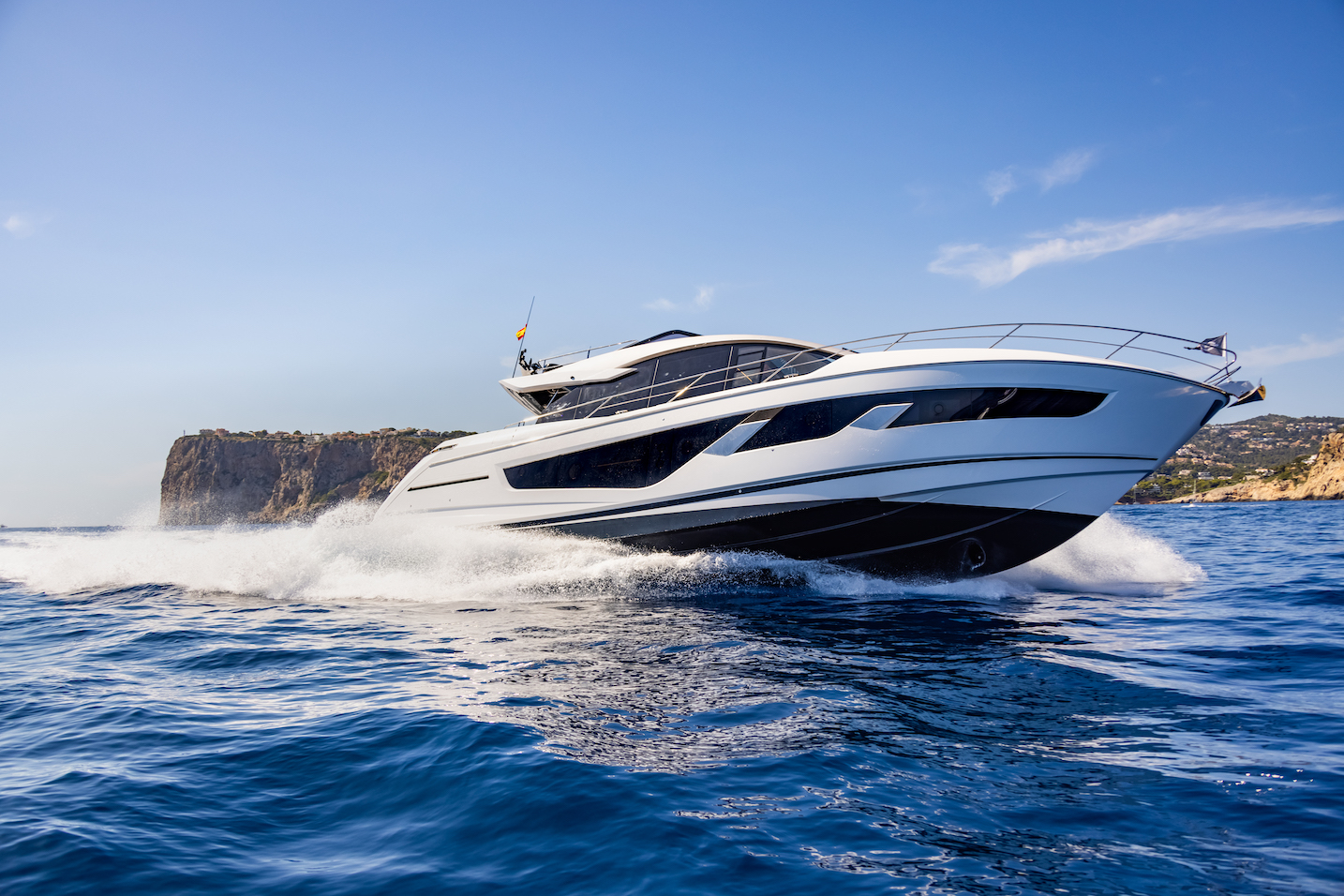 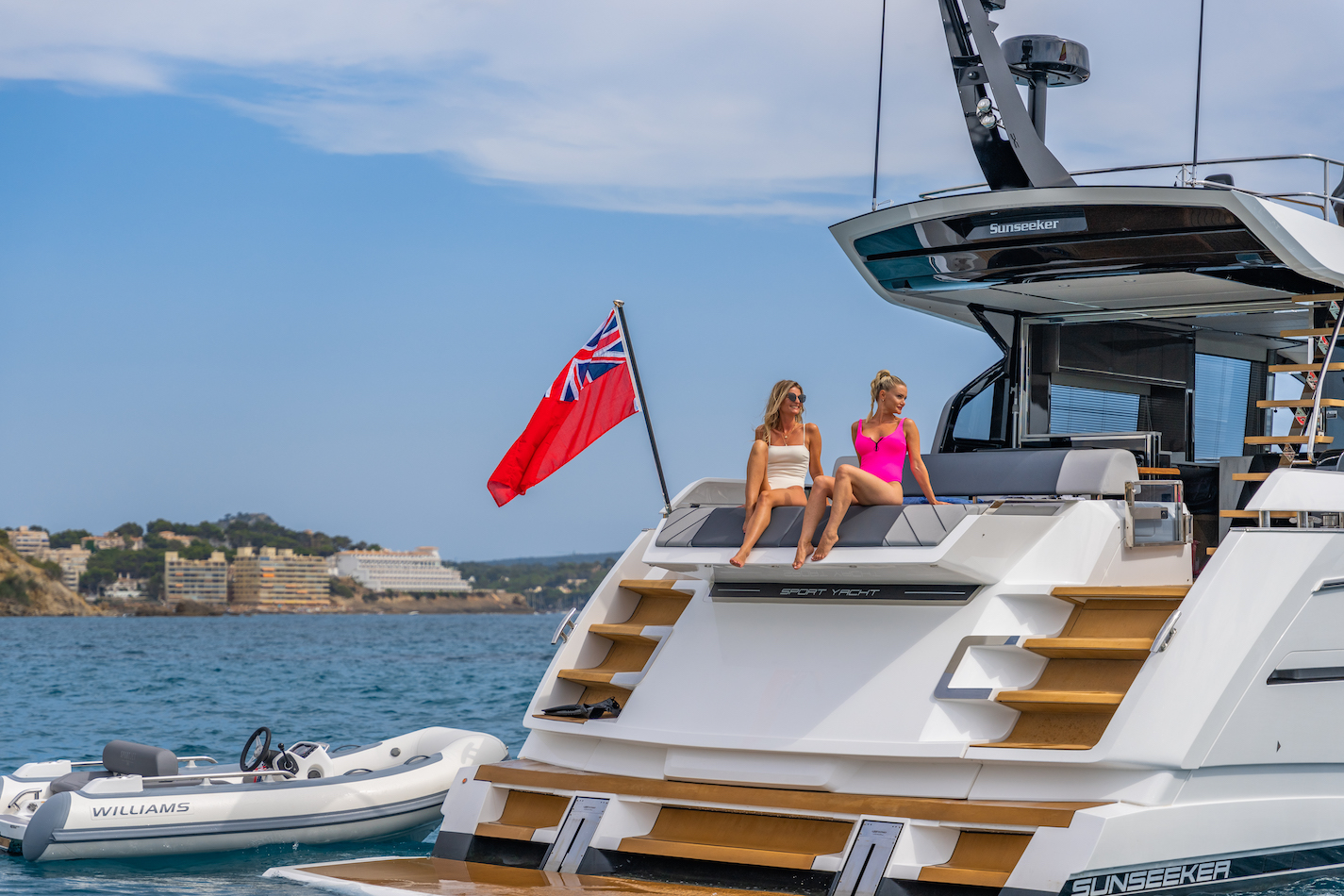 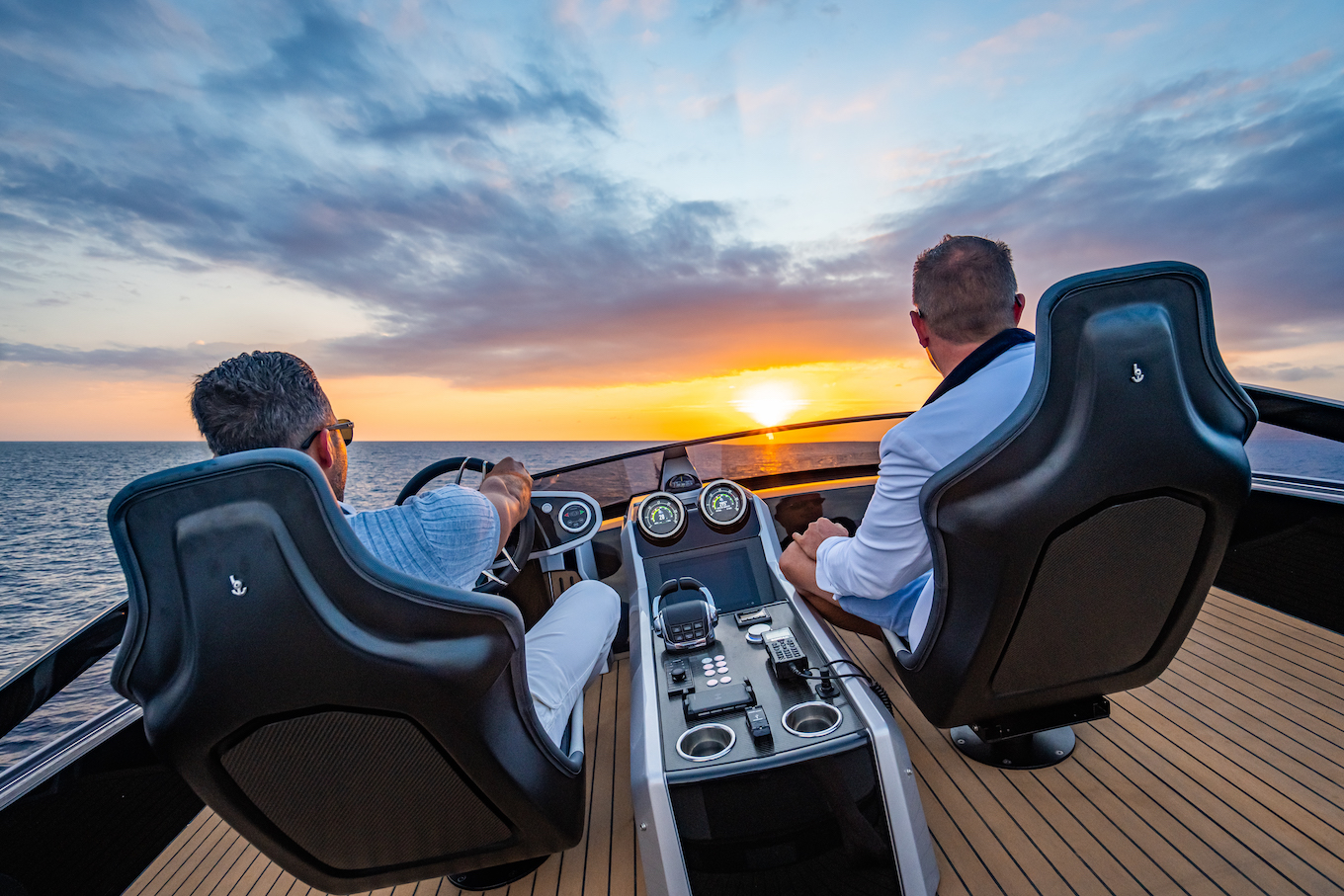 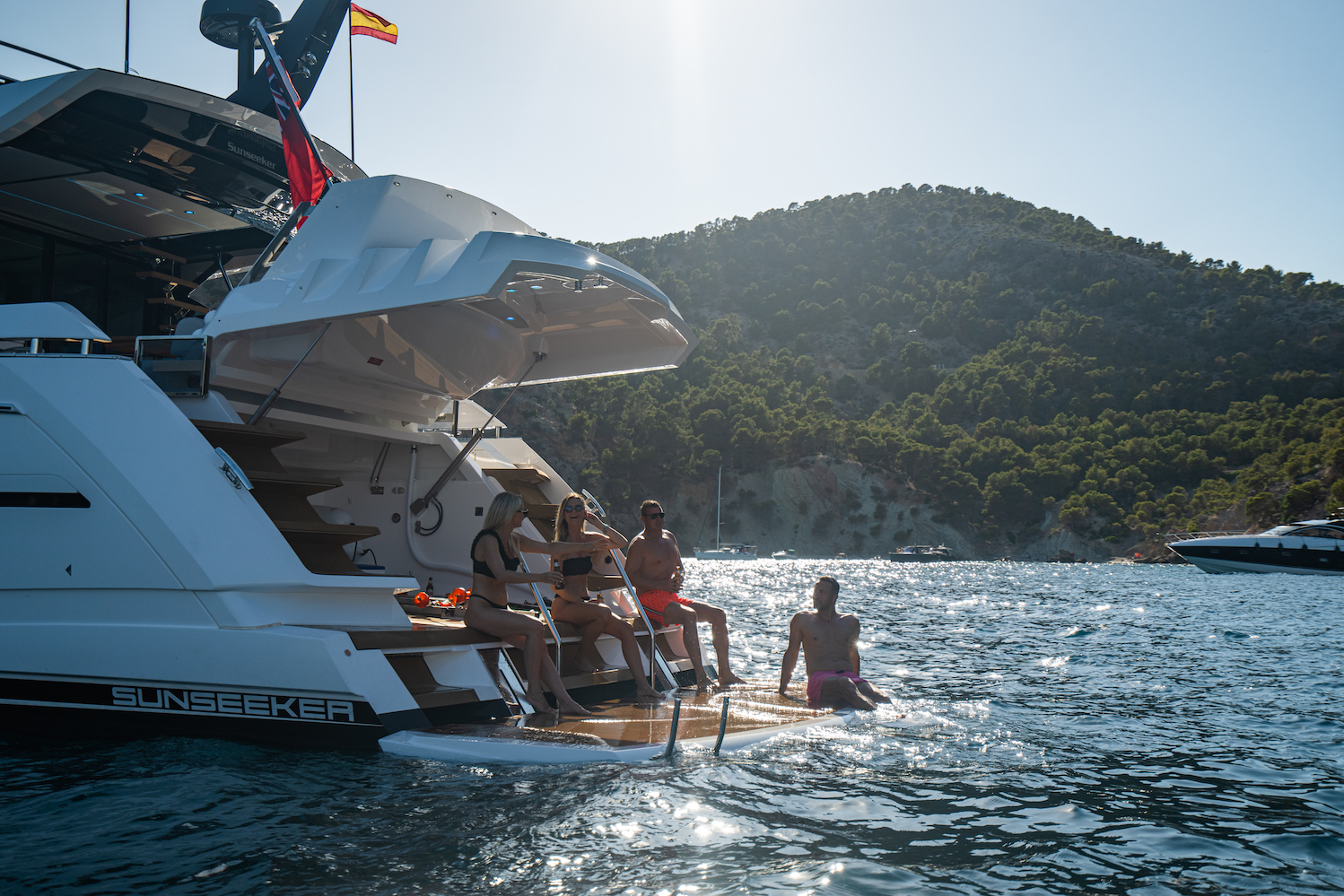 Both helm seats can pivot aft for socialising, while the windscreen can also tilt up and down depending on preference.

The Sunseeker 65 Sport Yacht is scheduled to be on show at September’s Cannes Yachting Festival and the Southhampton International Boat Show.