Dynamiq has announced the construction of Stefania, the 41-metre golden yacht and a technological beast, has been completed.

After 24 months of engineering and construction at the company’s Tuscany-based shipyard, Dynamiq has announced its gold-painted, 41-metre GTT 135 Stefania is now officially built.

Stefania’s efficient fast-displacement hull, designed by leading Dutch naval architects Van Oossanen, has a remarkably low resistance and fuel consumption while still being capable of beastly speeds. With twin MAN V12 1650 engines, the model can reach a maximum speed of 21 knots and a range of 5000 miles at 10 knots – all while consuming as little as 50 litres per hour.

A shallow draft of 1.8 metres complements this capacity, enabling the model to cruise practically anywhere.

One of Stefania’s distinguishing features is the Hull Vane, a patented fixed foil located under the stern, an innovation that reduces pitch and resistance. The benefit of this means the model can be installed with smaller engines, providing both fuel savings and a further range. 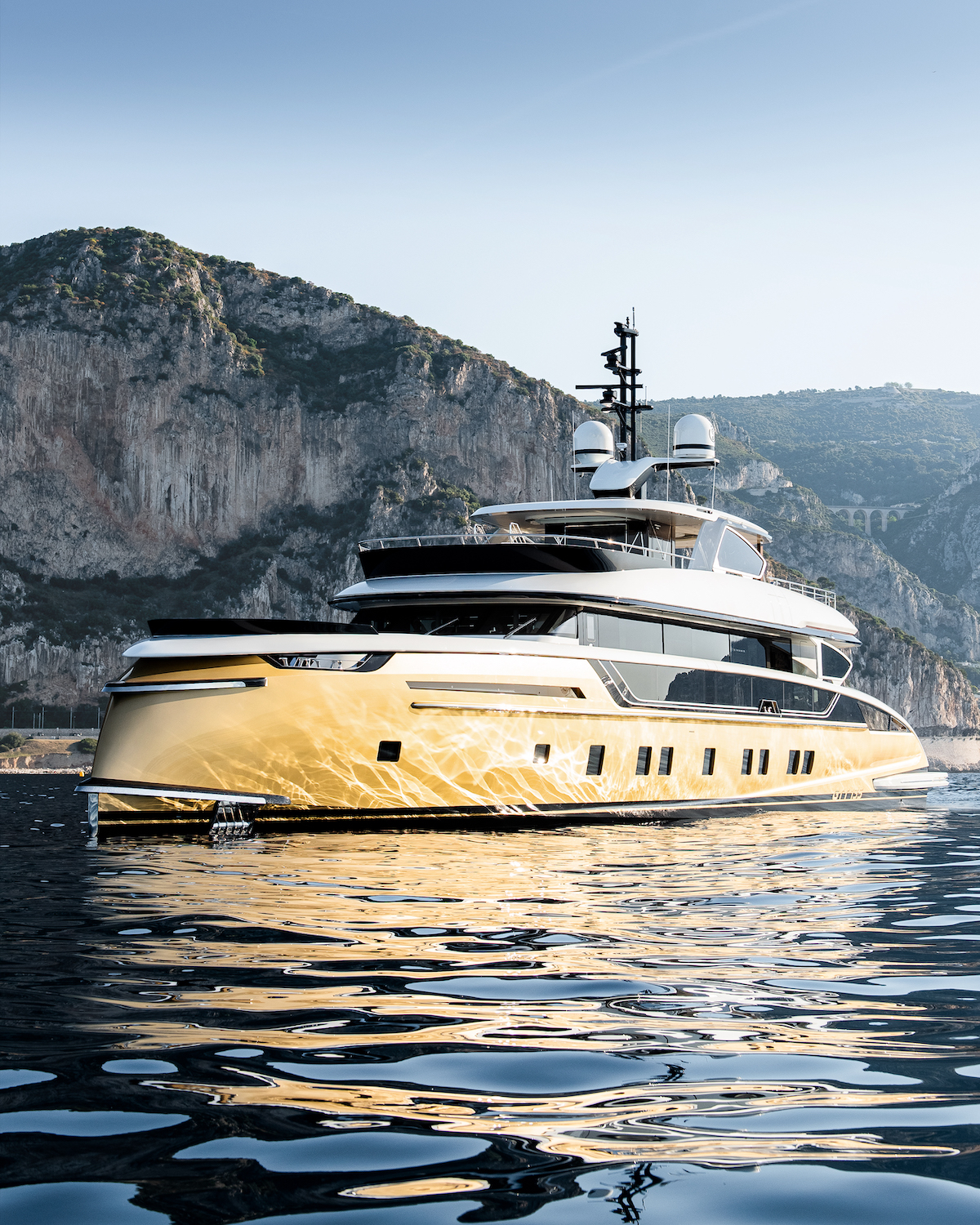 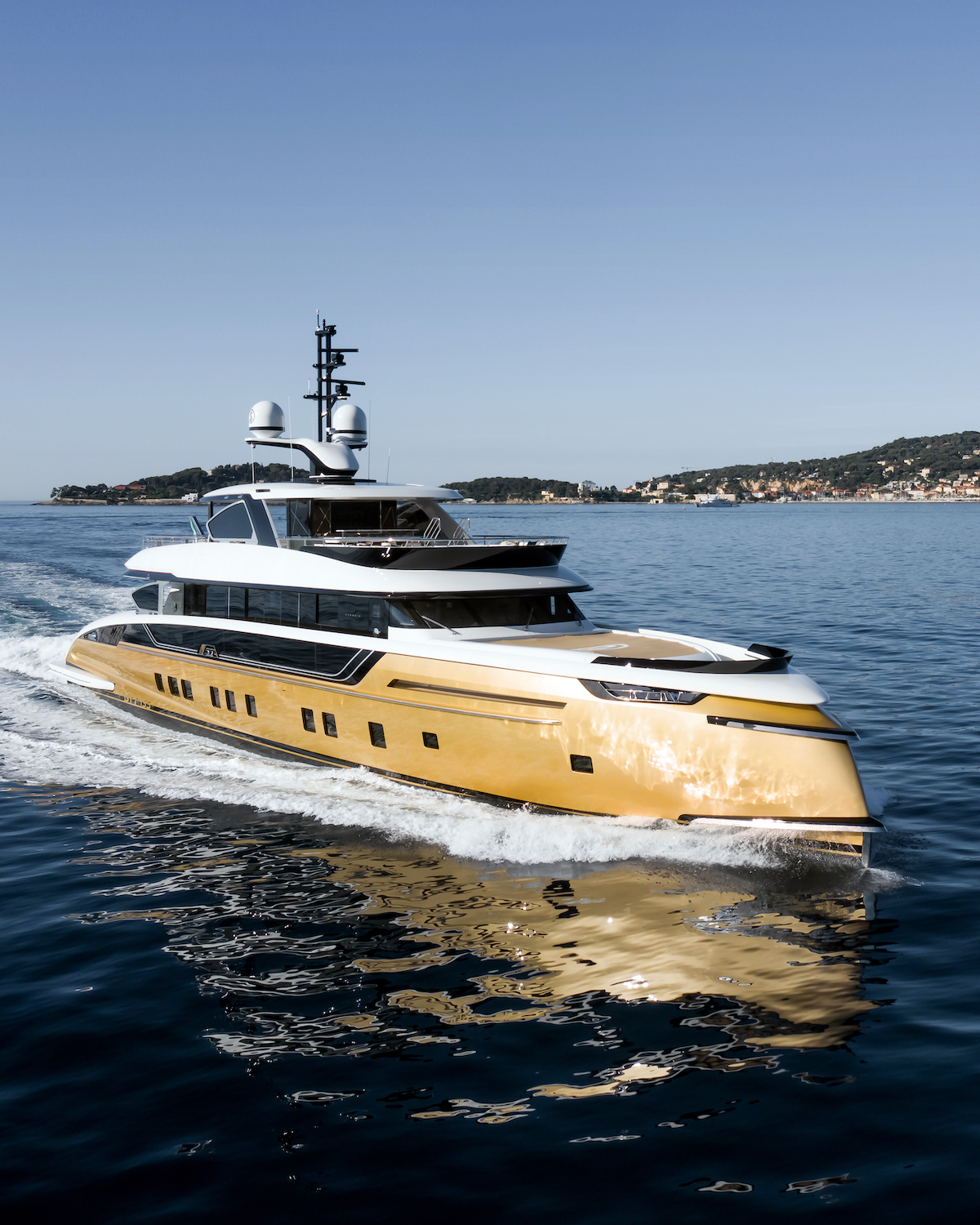 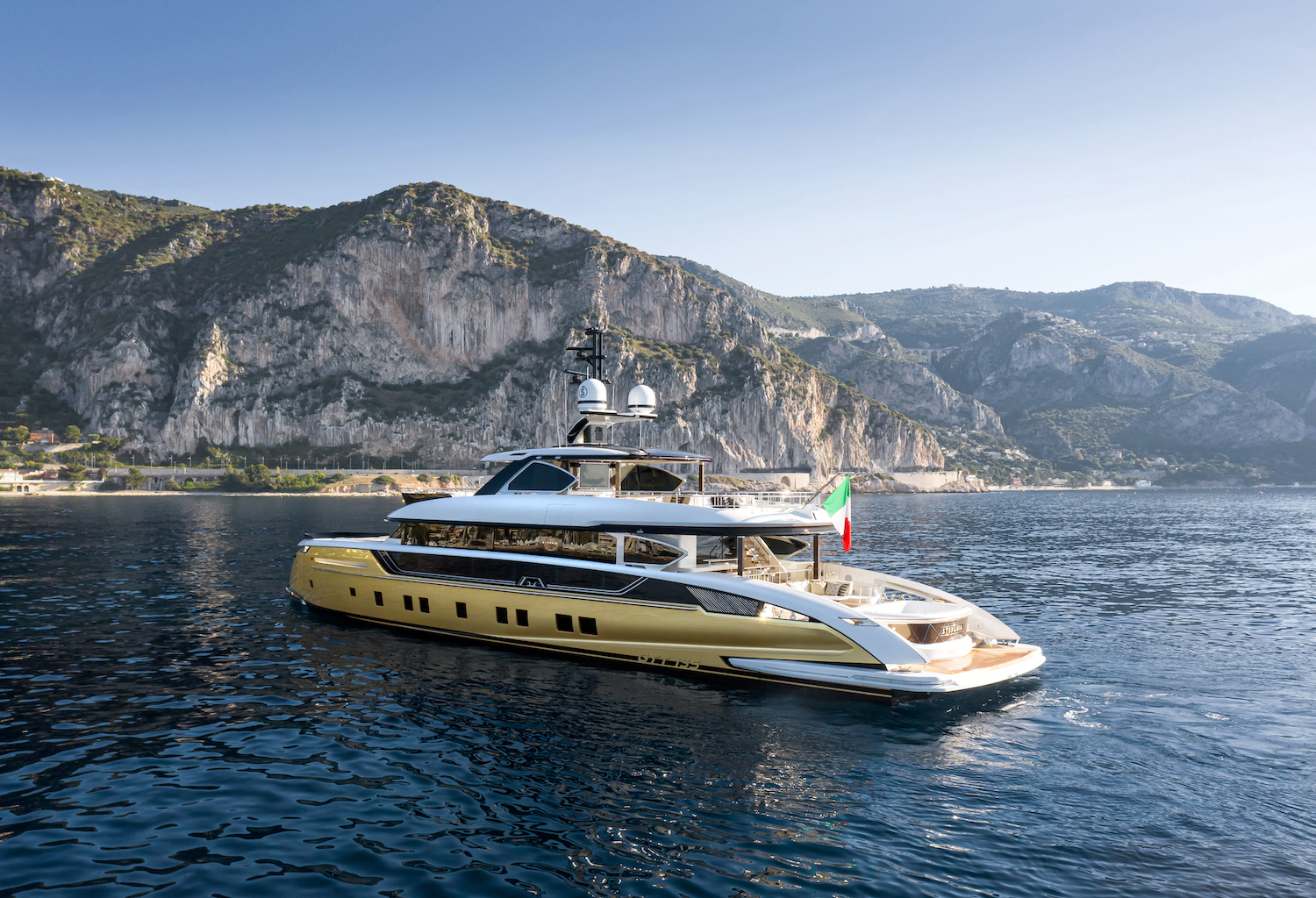 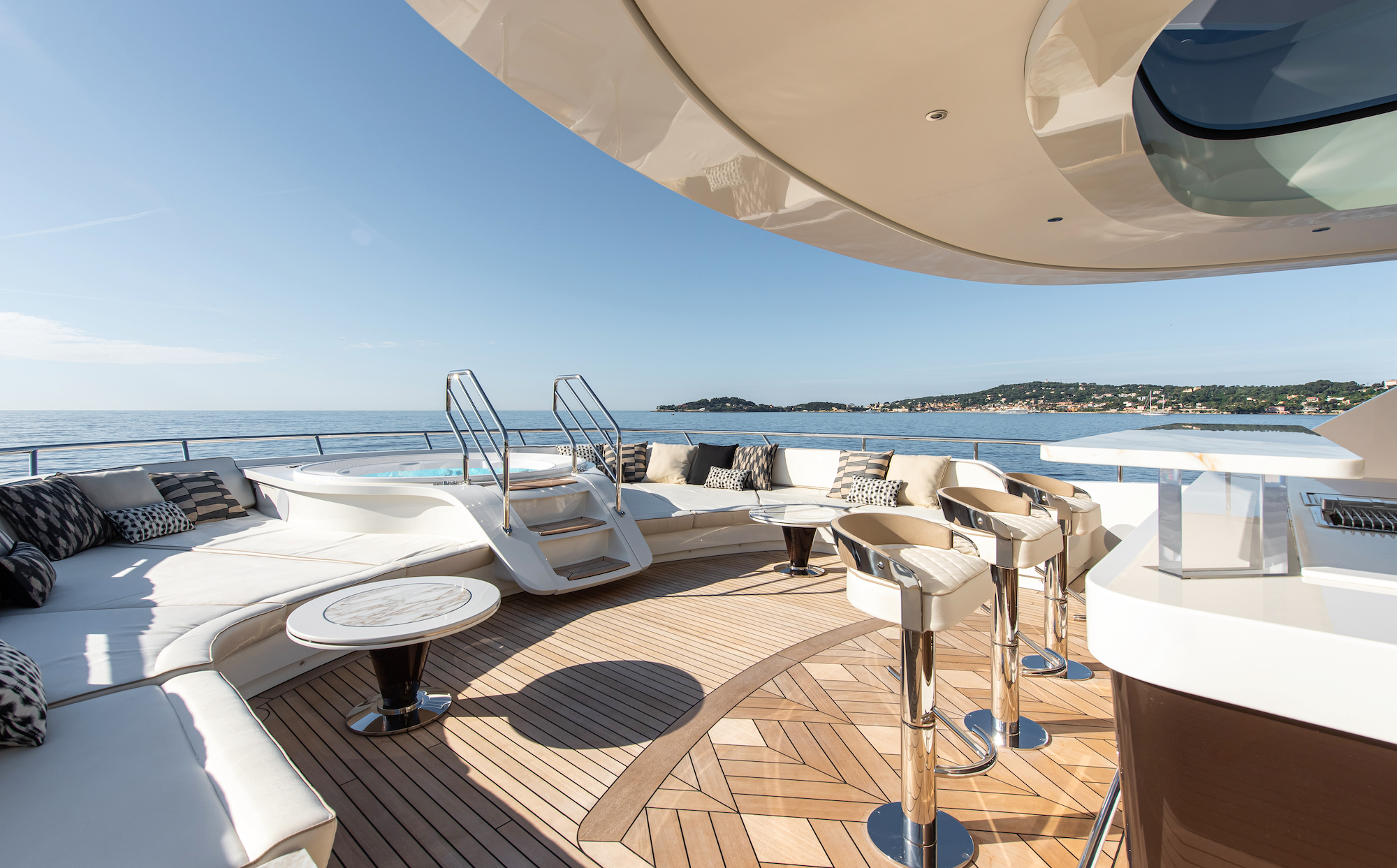 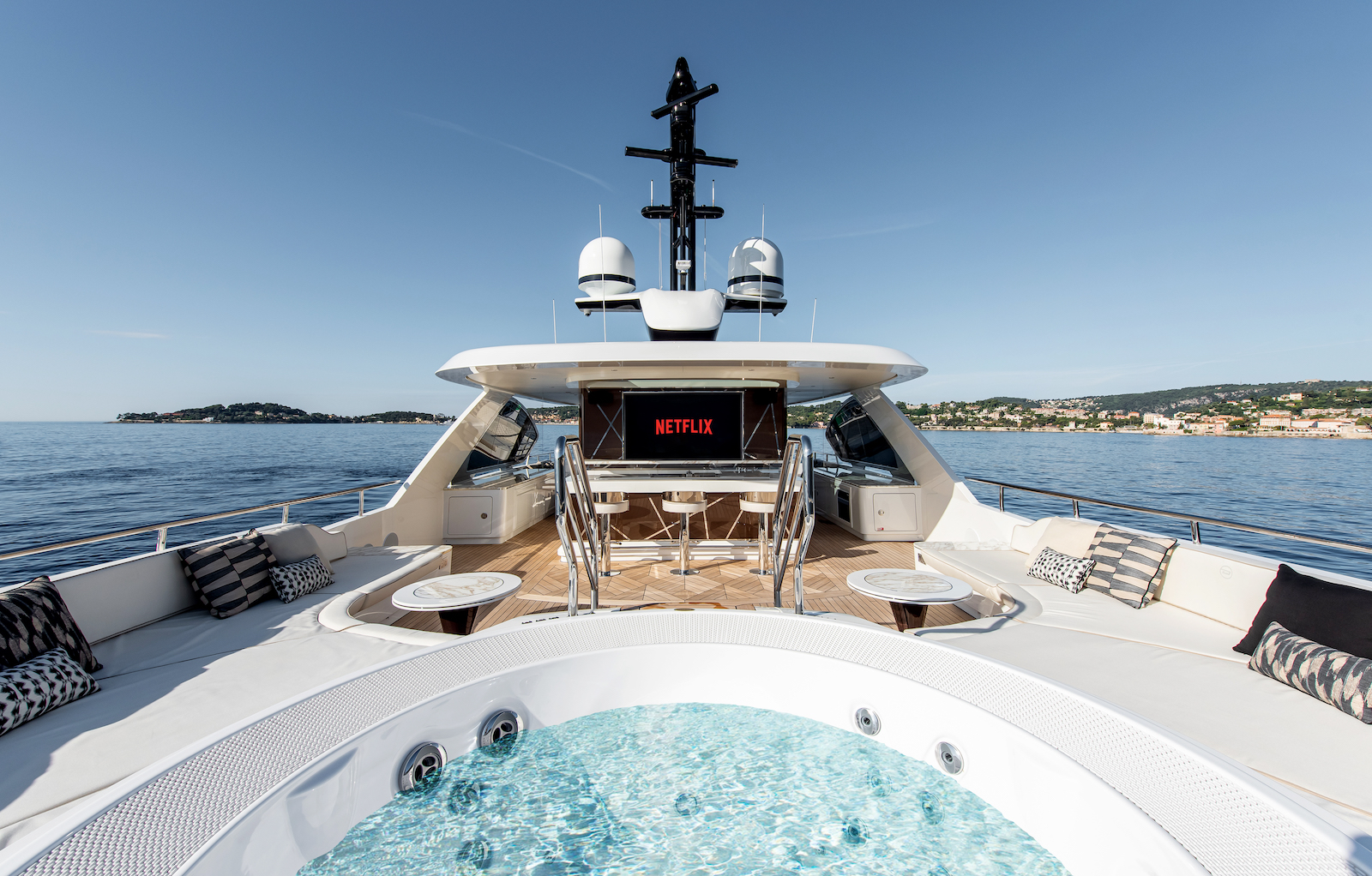 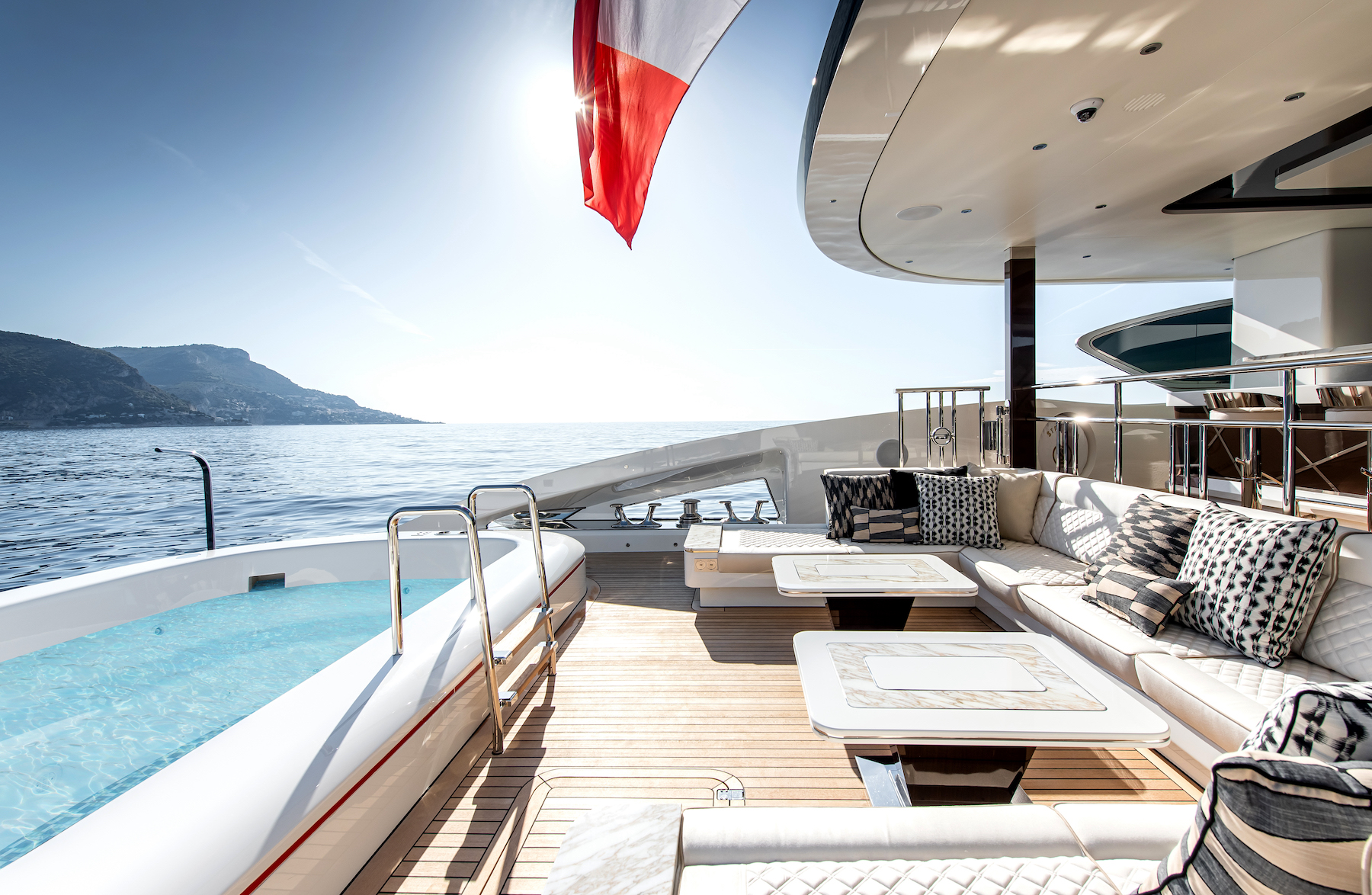 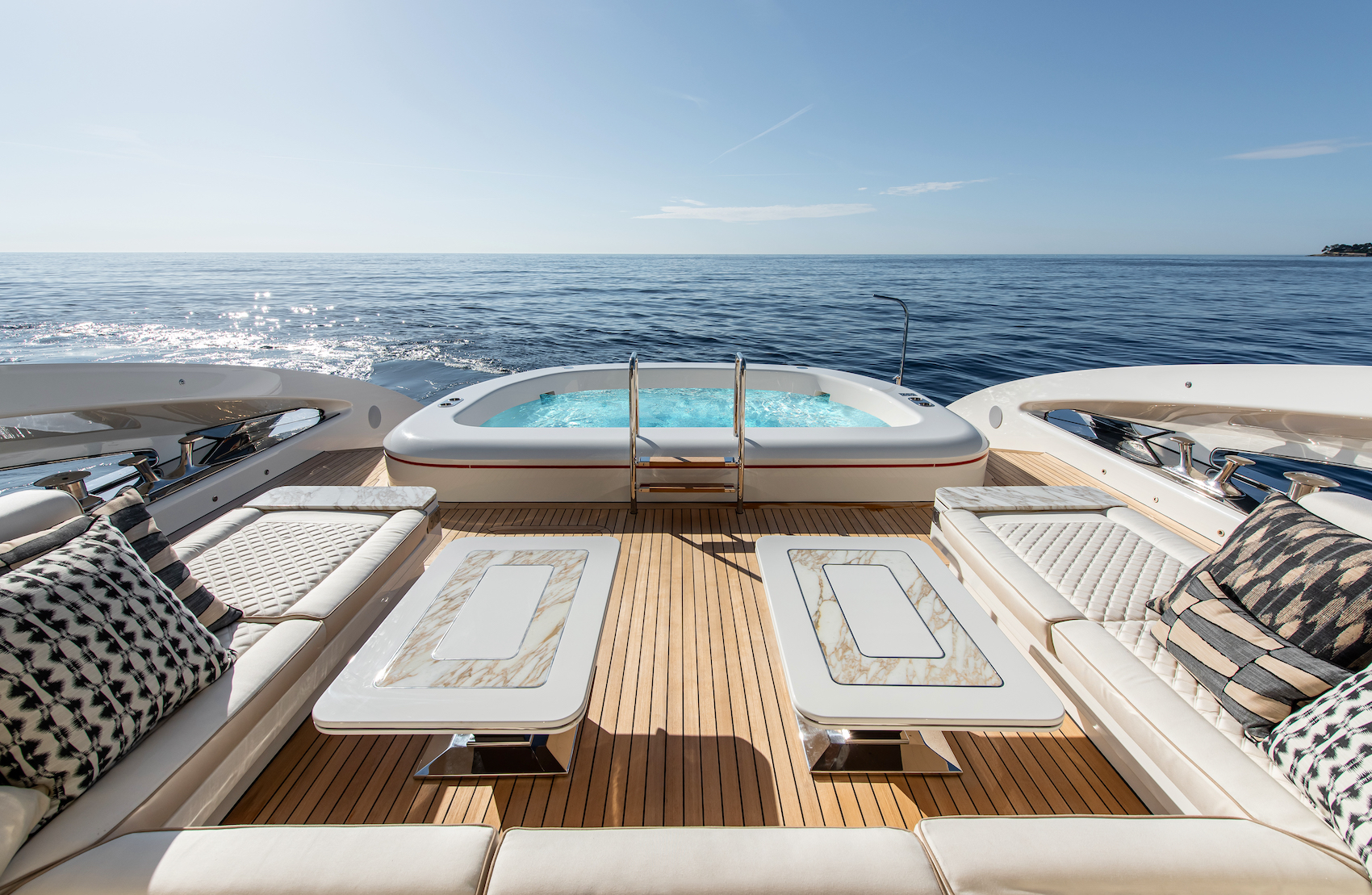 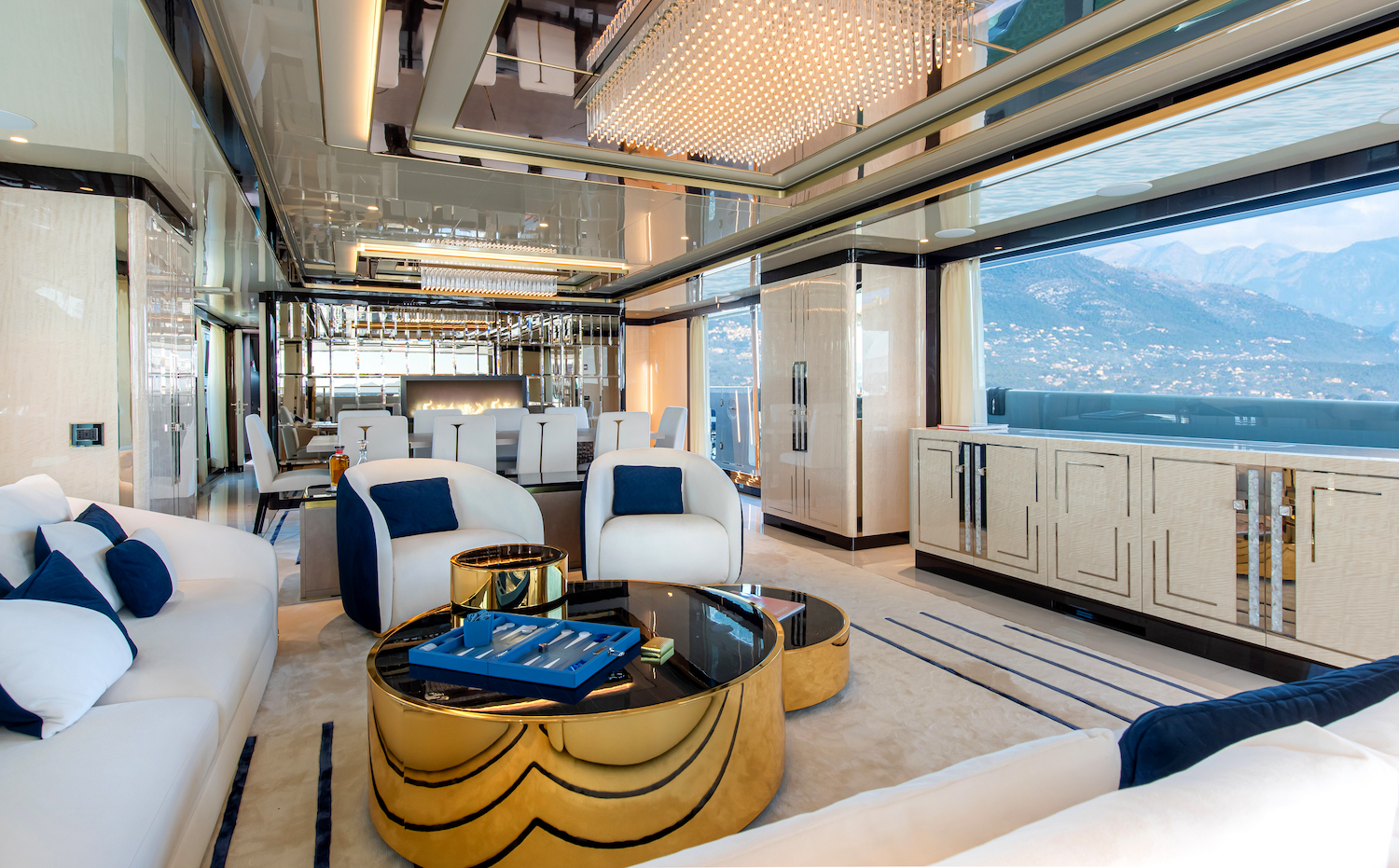 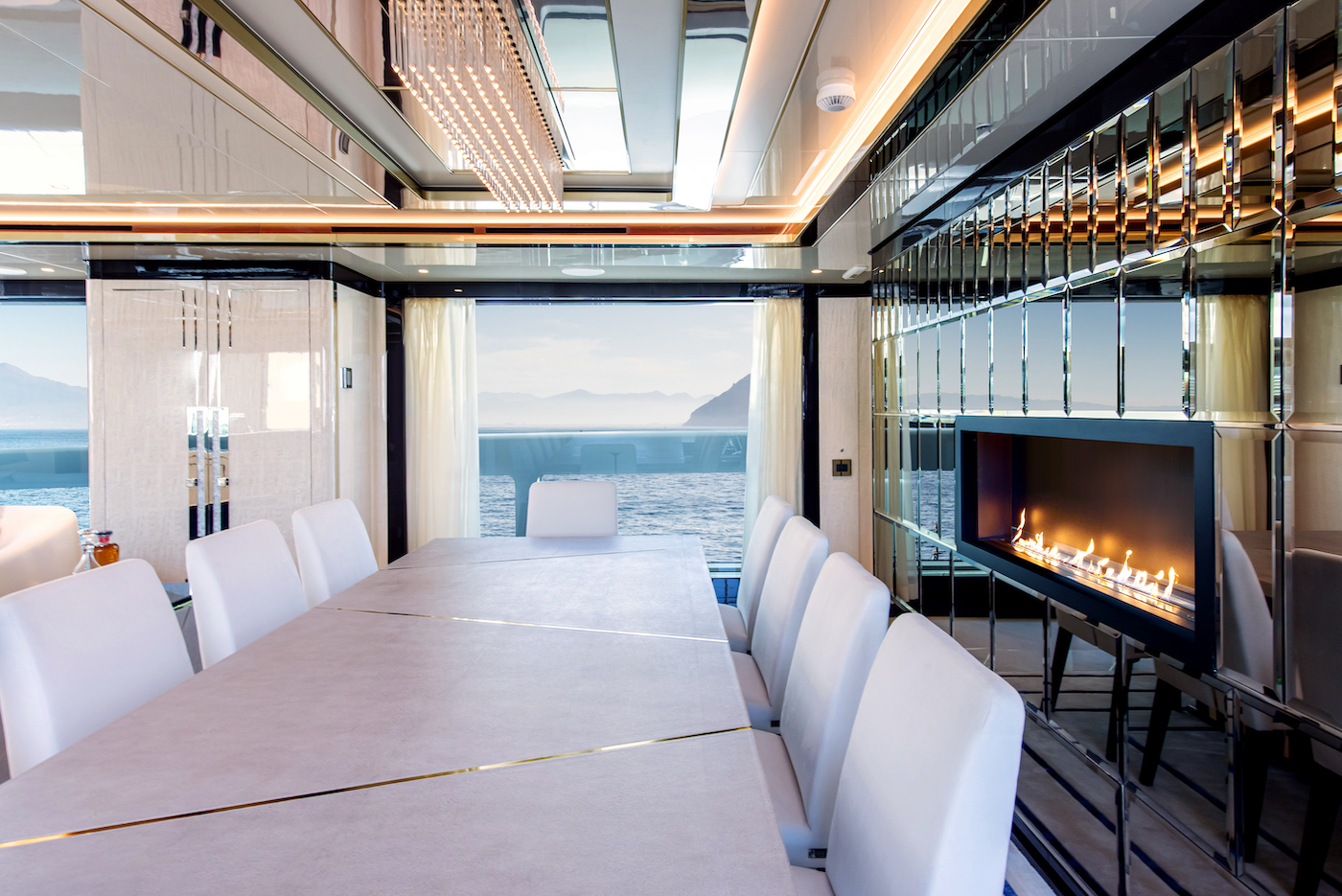 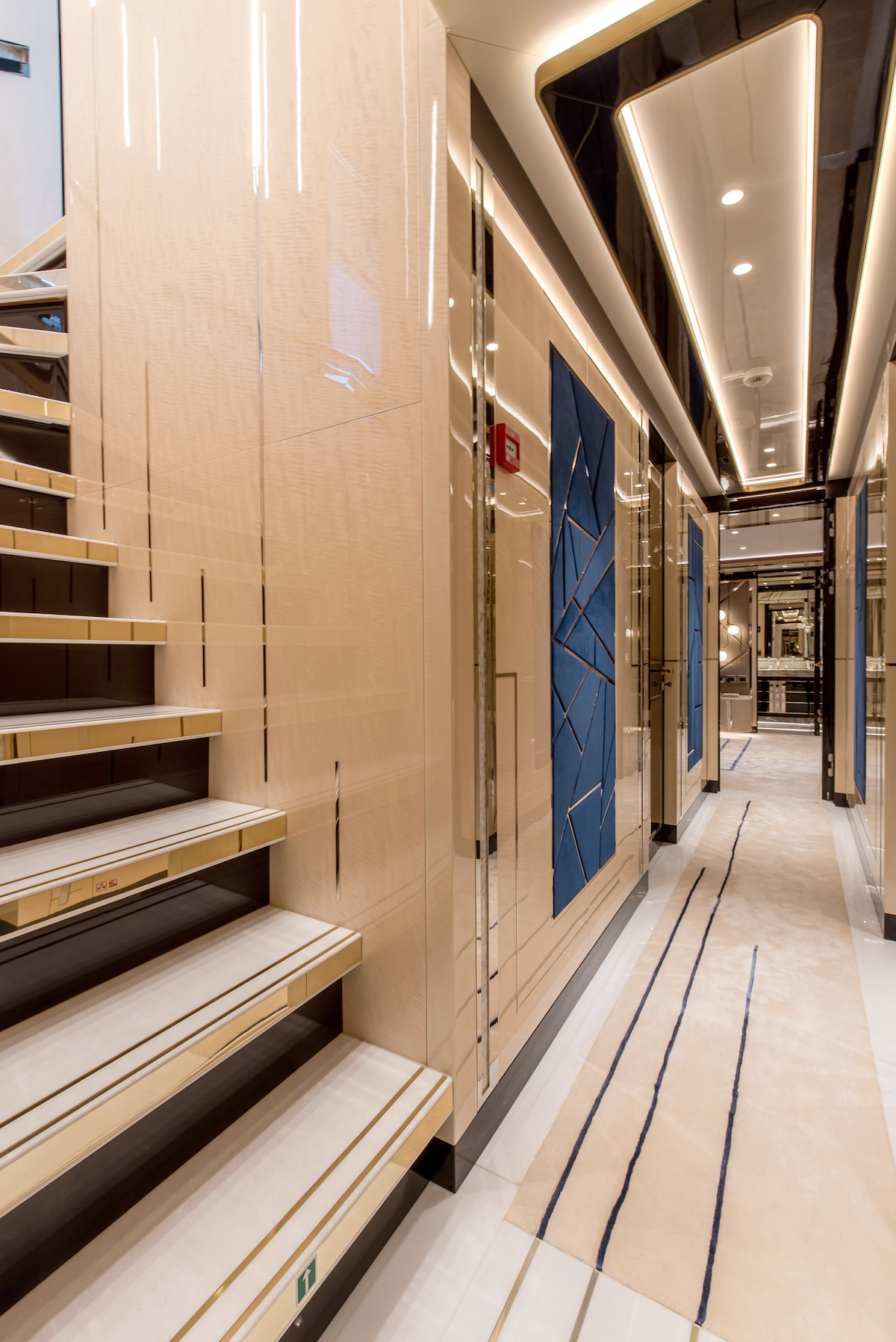 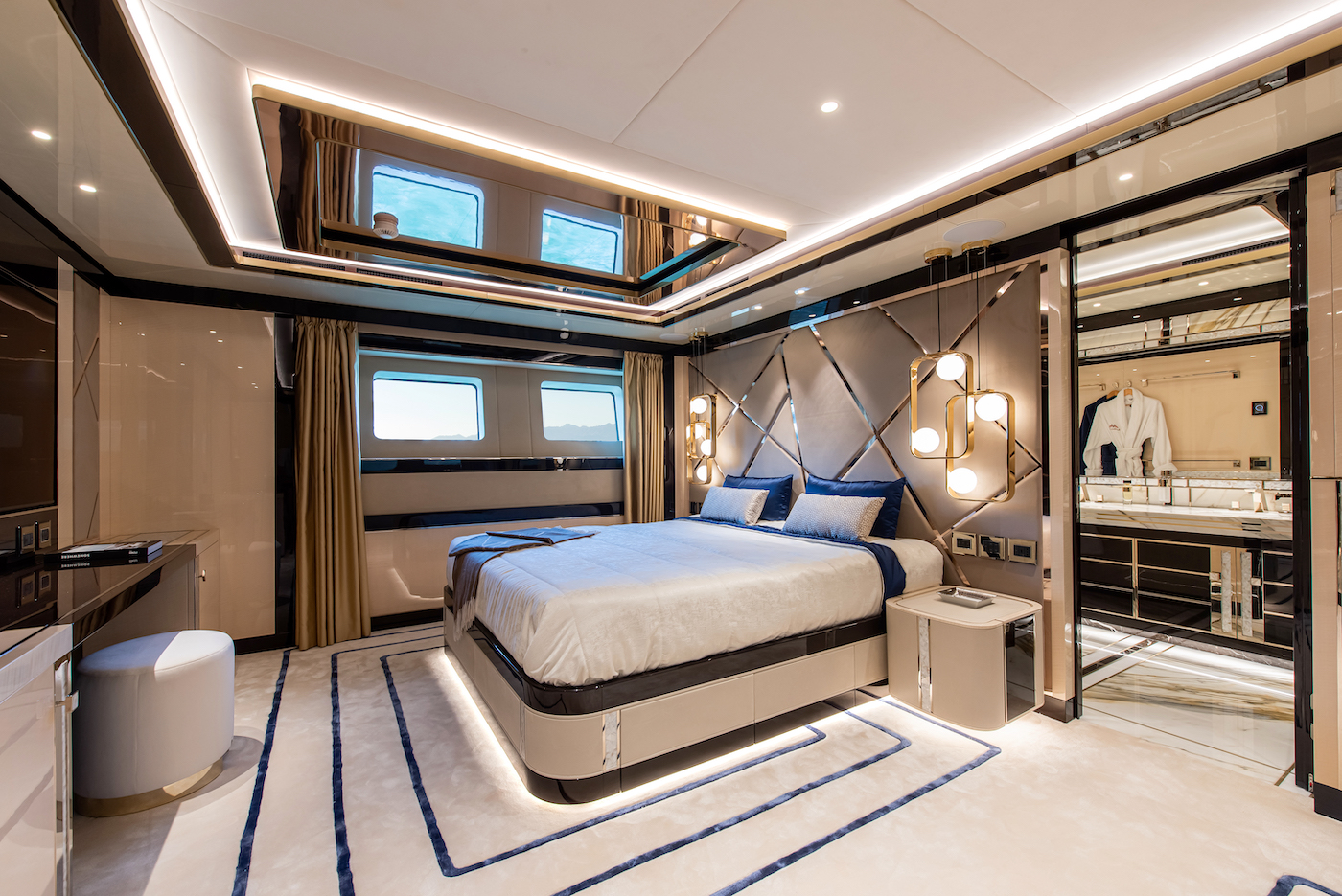 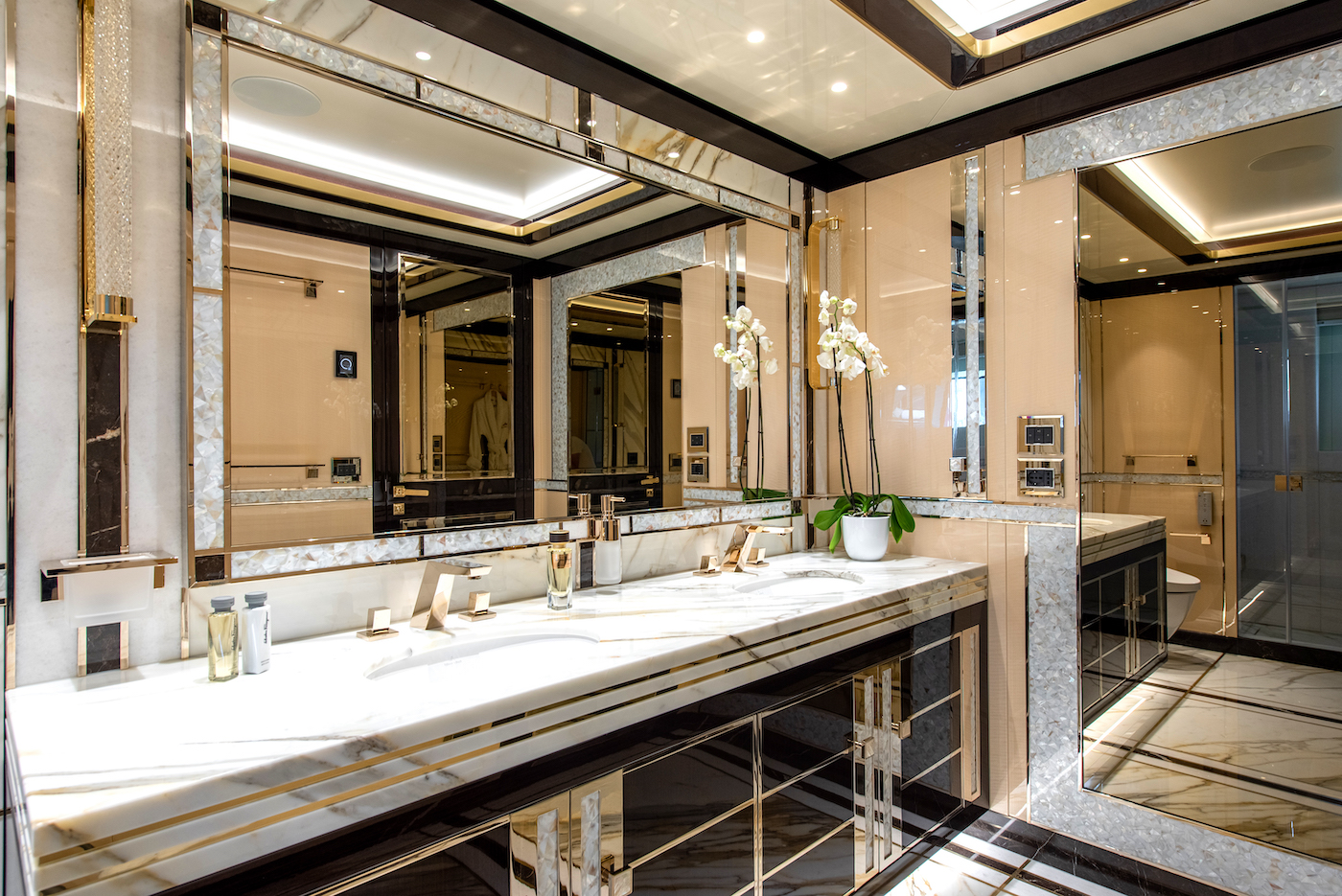 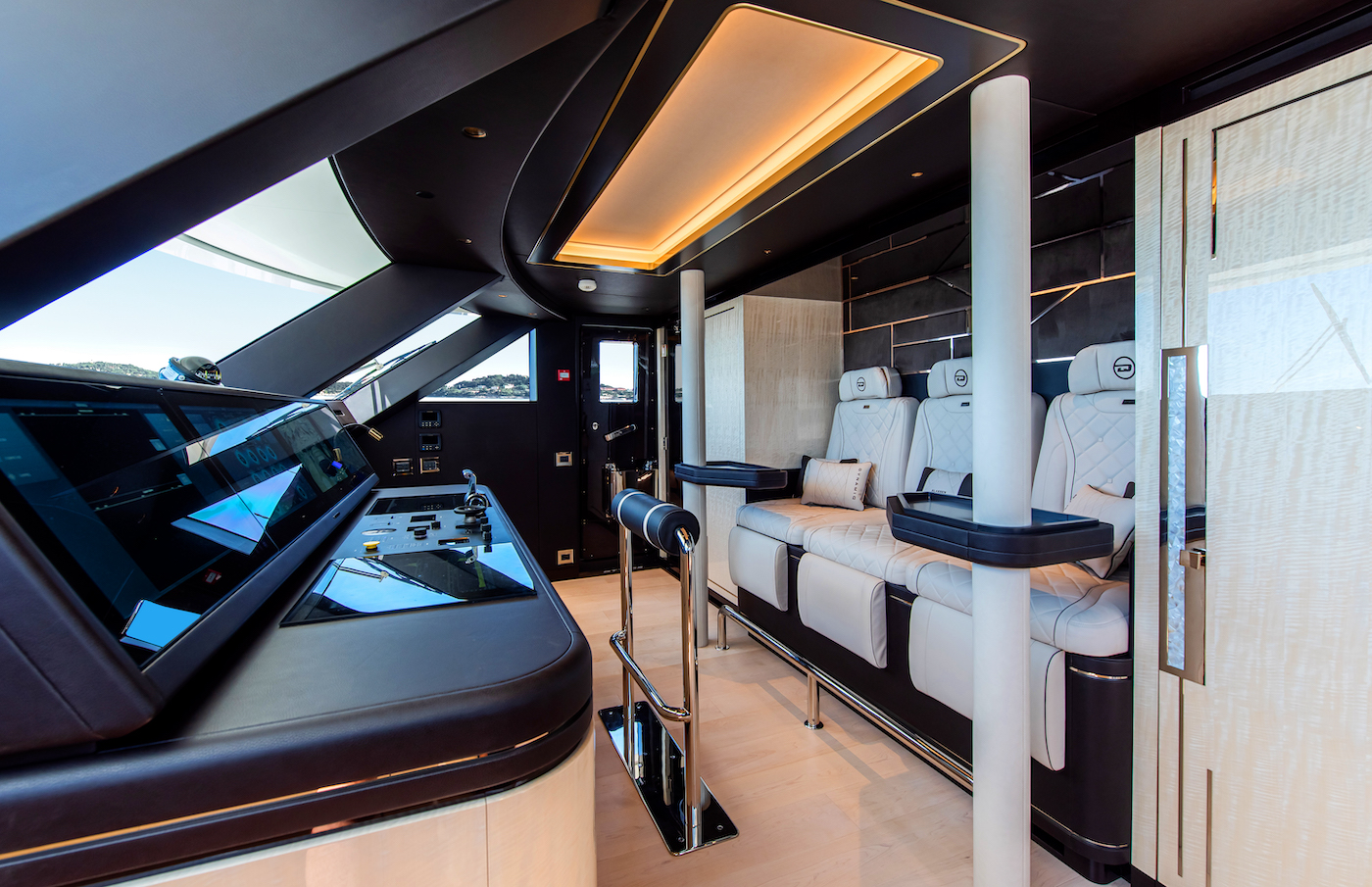 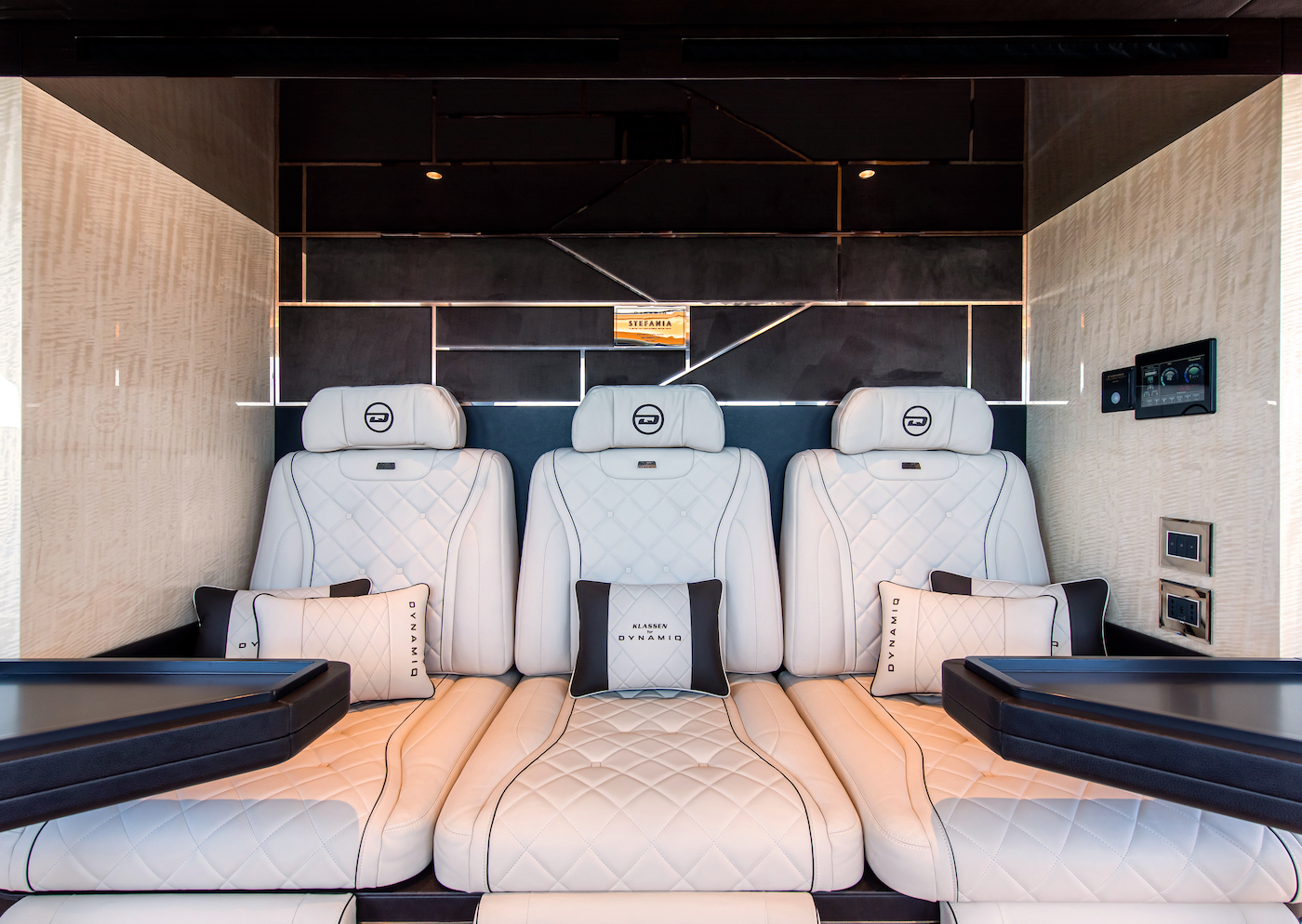 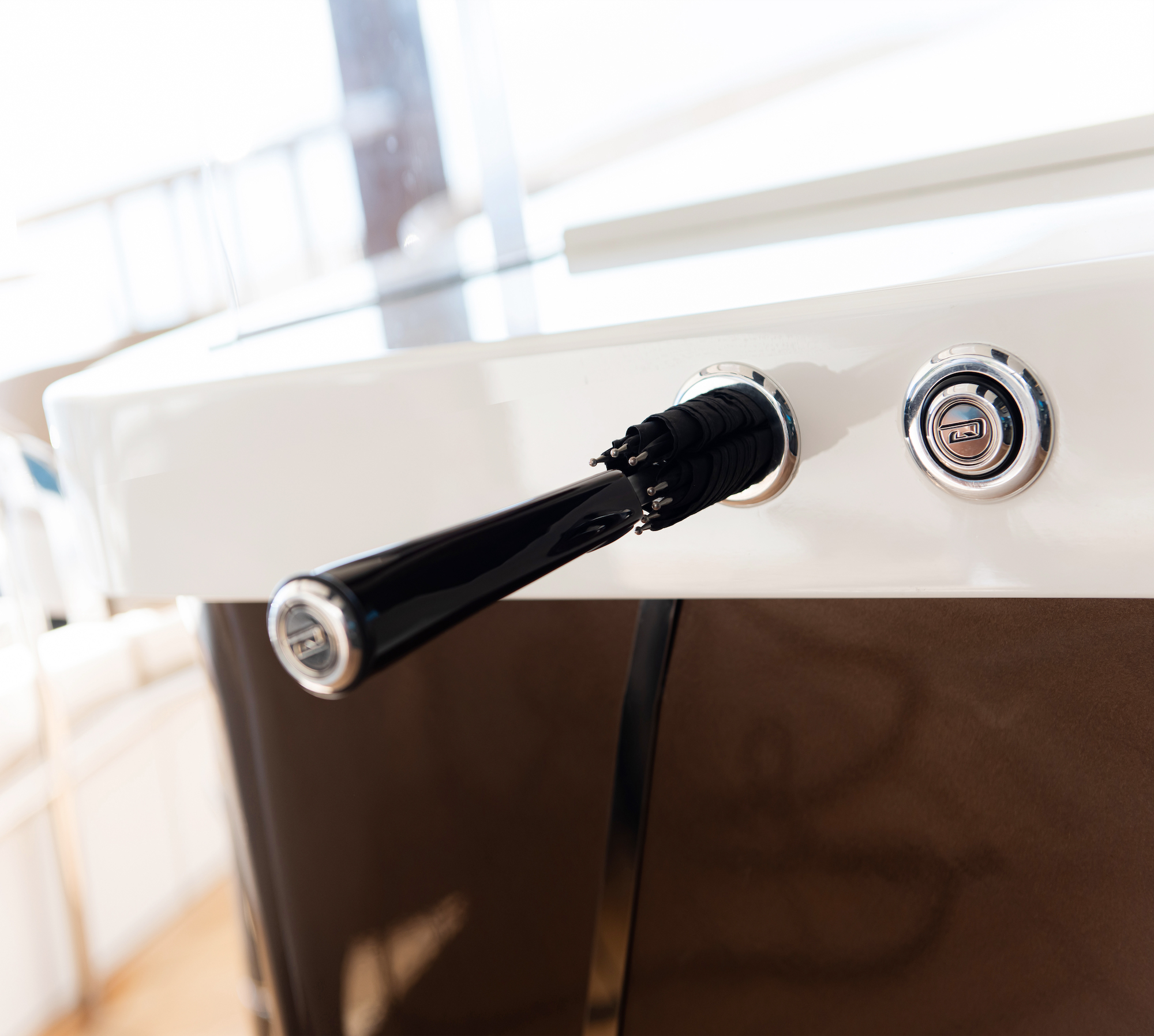 The interior was designed by Miami-based Giuseppina Arena and features a modern art-deco style that includes Fendi furniture, bespoke carpets by Oliver Treutlein and soft gold and natural mother of pearl detailing.

The spacious five-cabin layout is located on the lower deck, while the main deck ten-person aft pool has a 4,500-litre capacity. This aspect of the model, when combined with the open-air beach club area, ensures owners and any guest on board is provided with an open-air lifestyle close to the sea.

The oversized sun deck of 120 square metres – divided into two different zones – includes a jacuzzi forward and weather-protected dining area in the aft, two 75-inch television screens and a bar unit for enjoying the panoramic views in style. Also included is a fireplace in the main saloon and a unique atomiser system featuring scents from the iconic Ferragamo brand.

“Stefania is the evolution of our full-aluminium Gran Turismo Transatlantic concept and represents everything you would expect in a medium-sized product from a boutique family shipyard: exclusive looks, advanced technologies and attention to detail,” says Dynamiq founder Sergei Dobroserdov.

“The basis of the GTT 135 is the lightweight, full-aluminium hull, but every element has been perfected, from the top-notch soundproofing components by Dutch experts Rubber Design, including a torque compensation system for the gearboxes, to the Bowers & Wilkins hi-end sound system. Dynamiq has even developed an exclusive pen with Montegrappa for the owner.

“The difference from our previous models is that the design and engineering has now been developed to the utmost degree.

“I am very happy with how the GTT135 looks: she’s modern and elegant with lots of design details and interesting elements. We’re happy to state after the sea trials how her many technical innovations take performance and comfort to the next level.”