Wally Yachts has announced the sale of a 101-foot, fully custom sailing yacht.

Following its successful delivery of a 145-foot vessel last year, Wally Yachts has confirmed the recent sale of a 101-foot, fully custom sailing yacht for an owner based in Europe.

Inspired by the Wally Cento box rule design and its maxi racer potential, this will be the client’s fourth Wally purchase. According to a press release by Wally Yachts, the owner “enjoys using his yachts for a combination of family cruising and racing on the Wally Class circuit as well as many other regattas, always with great success.”

This model will be the 48th full-carbon sailing superyacht built by Wally.

The German builder Judel/Vrolijk has provided the yacht’s naval architecture while the interior and exterior design had been led by Luca Bassani and Wally’s design team. The displacement of the fully equipped superyacht is just 56.4 tonnes, almost 20 percent less than yachts of similar size and configuration, and with 40 percent of the total weight attributed to the keel – an achievement made possible by its carbon-fibre technology.

This lighter displacement means the yacht is safer and easier to handle while simultaneously providing a superior level of performance in any wind condition. 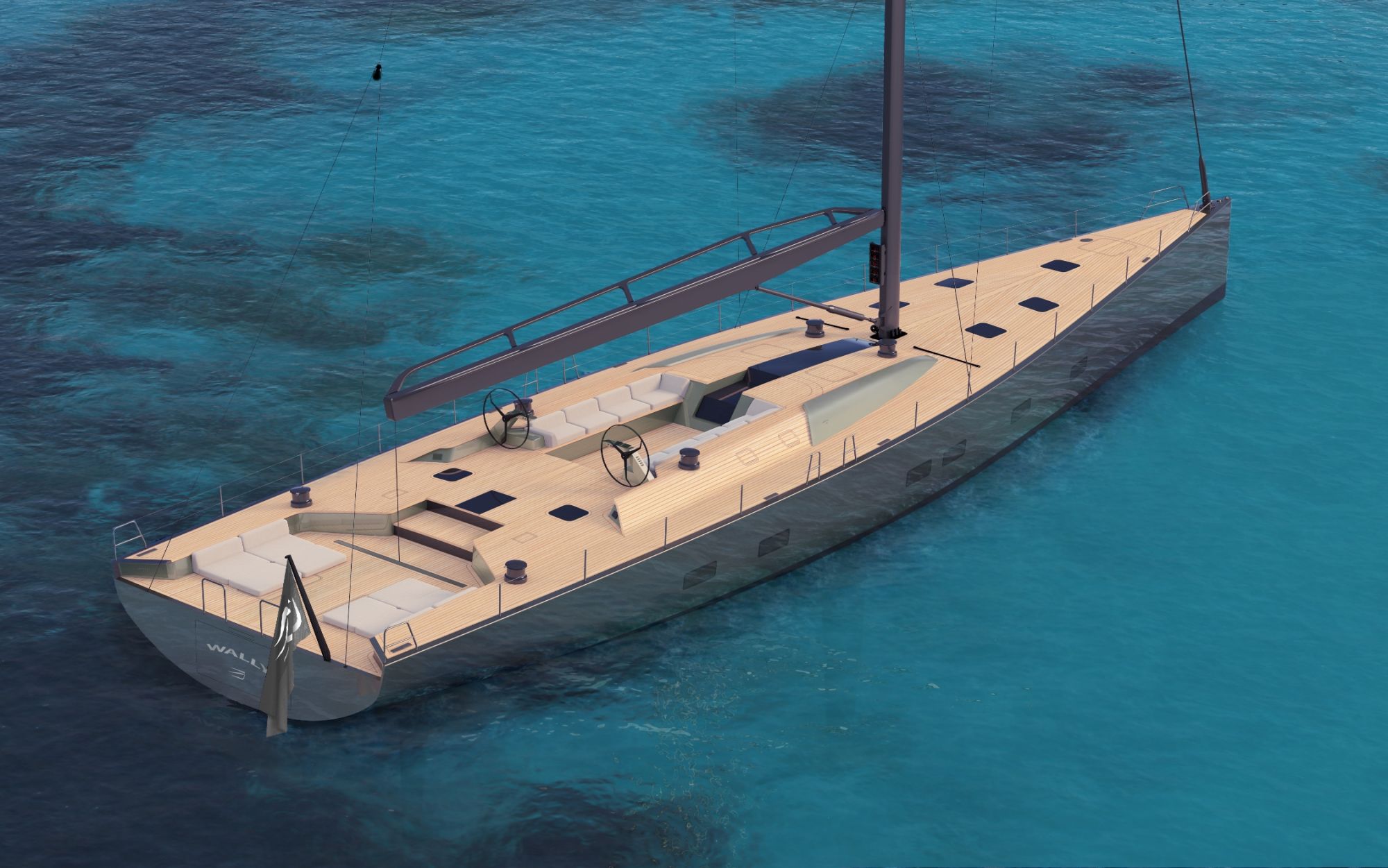 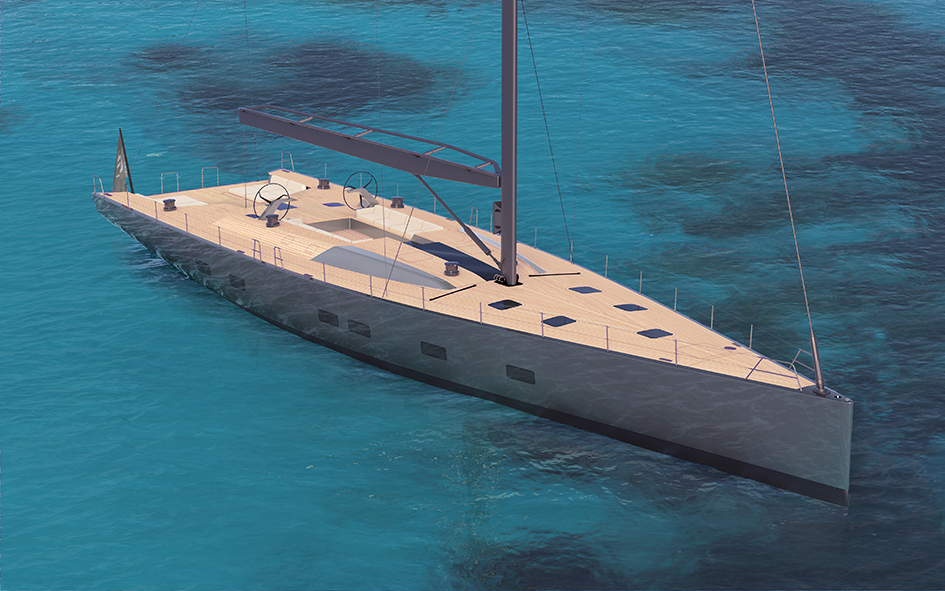 “We’re honoured to be designing this new superyacht for a very experienced Wally customer. The design of the Wally 101 is based on our very successful projects in the racing Maxi72 Class and the experience with the Wally107 Open Season,” said Rolf Vrolijk  of Judel/Vrolijk.

The yacht will also feature the Wally Enhanced Hydraulic System comprising the double low and high-pressure pump technology to further speed up sail handling. The lifting keel increases the draft from 4.70 metres to an extraordinary 6.80 metres for unparalleled upwind performance.

The retractable propulsion drive shaft reduces the drag by 5 percent, which roughly translates into a 10-second gain per mile sailed, allowing the yacht to reach up to 20 knots in full cruising.

The advanced high modulus carbon mast and boom and the EC6 rigging, as well as the bowsprit, a 110-percent jib, and a square-top mainsail, add to this new sailing potential, creating a smoother cruise. The presence of a magic trim hydraulic ram, as is the case with every Wally, allows handling even with a small crew. 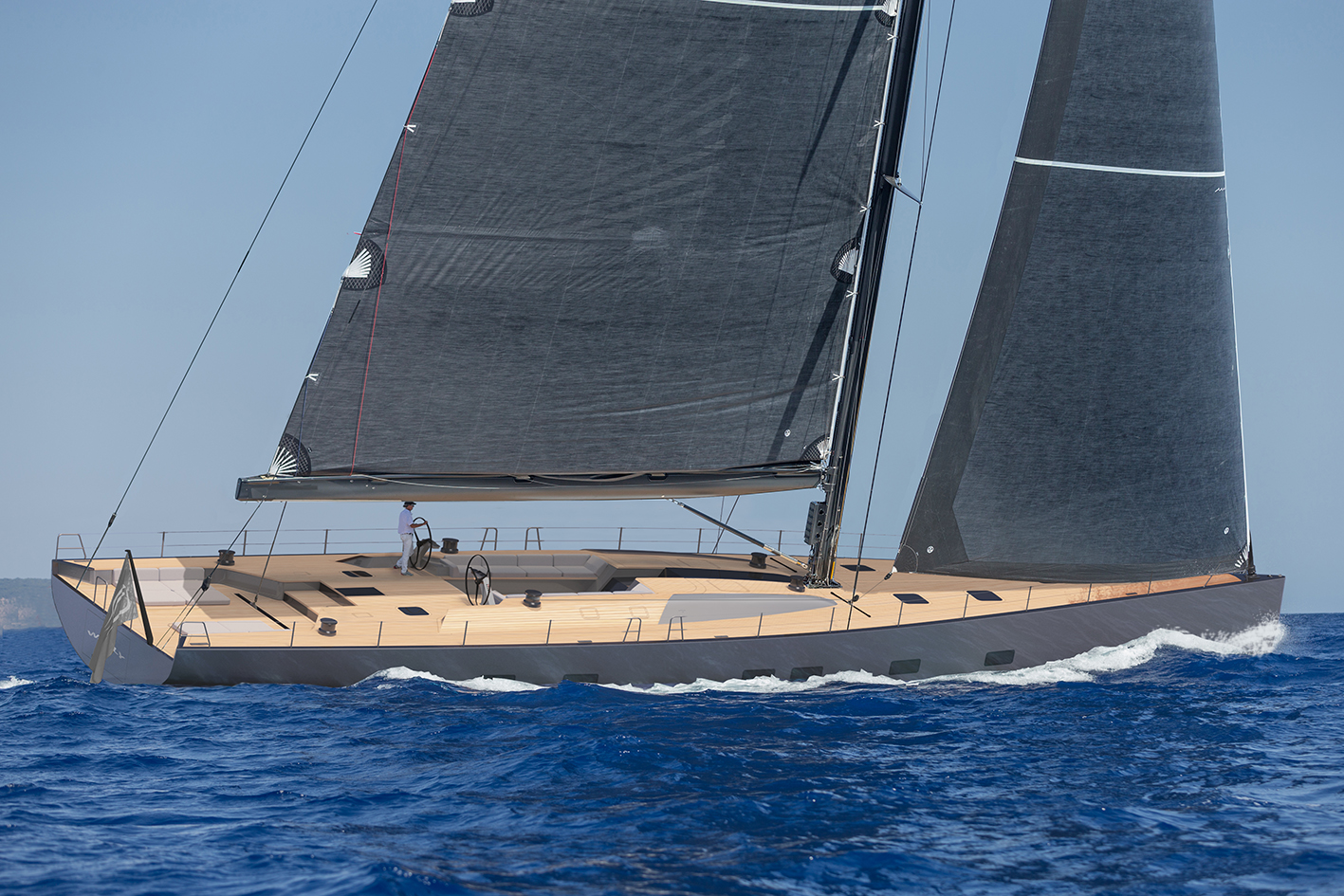 But the model is equally a family-friendly vessel as it is a high-performance cruiser, featuring an amidships cockpit with a table seating up to eight as well as an aft sunbathing area for ultimate relaxation.

The owner’s cabin includes an ensuite bathroom and television room while two further ensuite cabins complete the guest accommodation for six. The saloon includes a living and dining area with seating for up to 12 guests.

The service area is comprised of a crew mess, laundry, galley and two ensuite cabins for four crew.

“This successful sale is thanks to the unique nature of Wally as well as the strength and reliability of Ferretti Group, which relies on Wally as a fundamental driver of growth and development.

“The Group will continue to invest considerably in the brand in the next years,” said Wally Managing Director, Stefano de Vivo.

Delivery of the new sailing yacht is scheduled for spring 2023. It is currently planned to be built in Forlì, Italy.