There are two more reasons to set a course for Tahiti and Fiji for those with a passion for diving.

There are two more reasons to head over to Tahiti and Fiji by yacht or boat if you are a diving fan with steely nerves, according to Asia Pacific Superyachts Tahiti Managing Director Etienne Boutin.

In Tahiti, a new spot has been discovered as a haven for diving with a local group of tiger sharks. Over recent years, shark populations have been being decimated by human activity on a global scale, but this recently discovered spot gives a rare opportunity to see the endangered apex species. It is also conveniently close to the Tahitian city hub of Patpeete for practical needs of yacht owners and charterers.

“When properly lured with fish blood several tiger sharks can be seen in 25 meters of very clear water,” said Boutin of the new diving spot. “Most likely you’ll want to stick close to the reef when the king of the ocean comes around!”

Tahiti and its waters are famous for abundant natural sea life, and in particular the local shark species, most commonly the blacktip reef shark. Boutin emphasised that the sharks inside Tahiti’s lagoons are predominantly non-aggressive unless provoked, and commented that by anchoring your yacht or superyacht in Moorea, it is possible to swim with stingrays and sharks in their natural habitat without even using a guide. 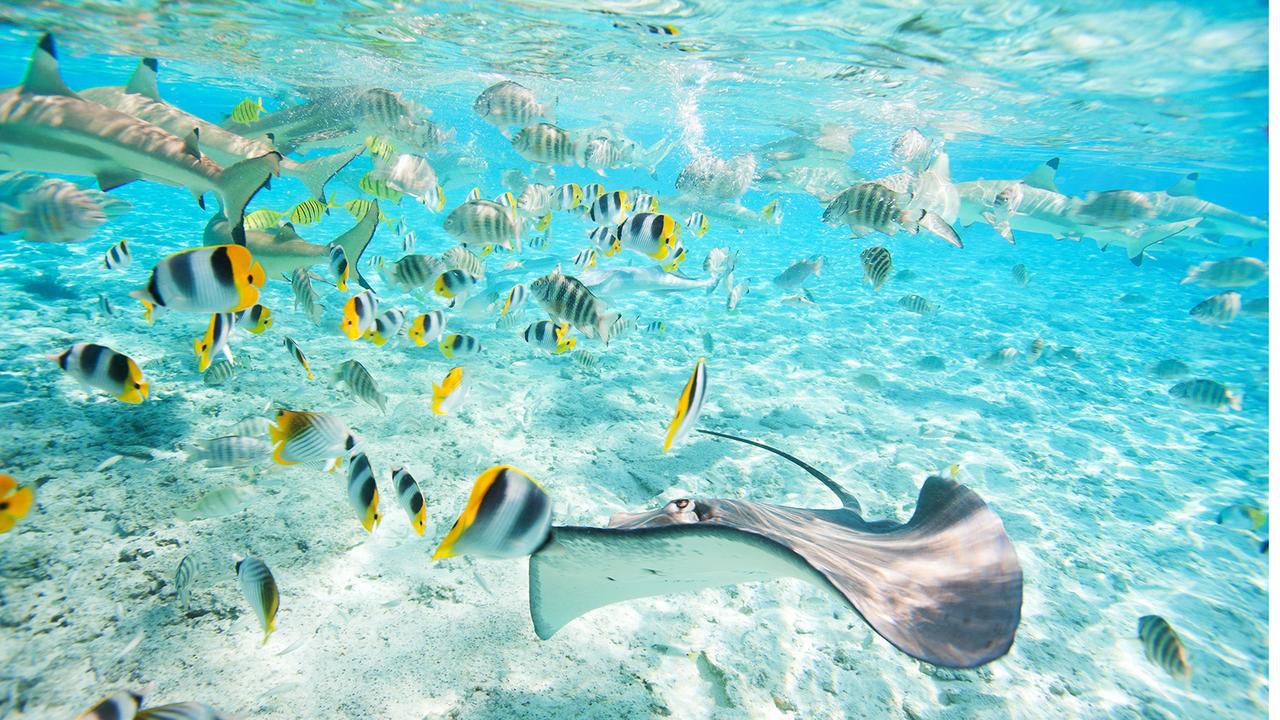 Although some 3,400km apart, Tahiti and Fiji are often both included as part of a wider cruising itinerary of the South Pacific. So for those with a passion for diving with sharks as well as luxury island living, the recently opened Kokomo Island Fiji Resort will tick all the most important boxes. Due to open this month, as Fiji’s “newest and most exclusive private island resort”, the resort is being praised as one of the world’s hidden gems, according to Asia Pacific Superyachts. Kokomo is owned and has been created by billionaire property developer Lang Walker, who owns the 58.4-metre Alloy superyacht of the same name.

Featuring four pristine white sand beaches, and a central tropical rainforest at the southern summit, the island is located on the edge of the celestial Kadavu Island Group and in the heart of the Great Astrolabe Reef, which is considered one of the best dive sites in the world, and the most abundant part of Fiji’s waters. 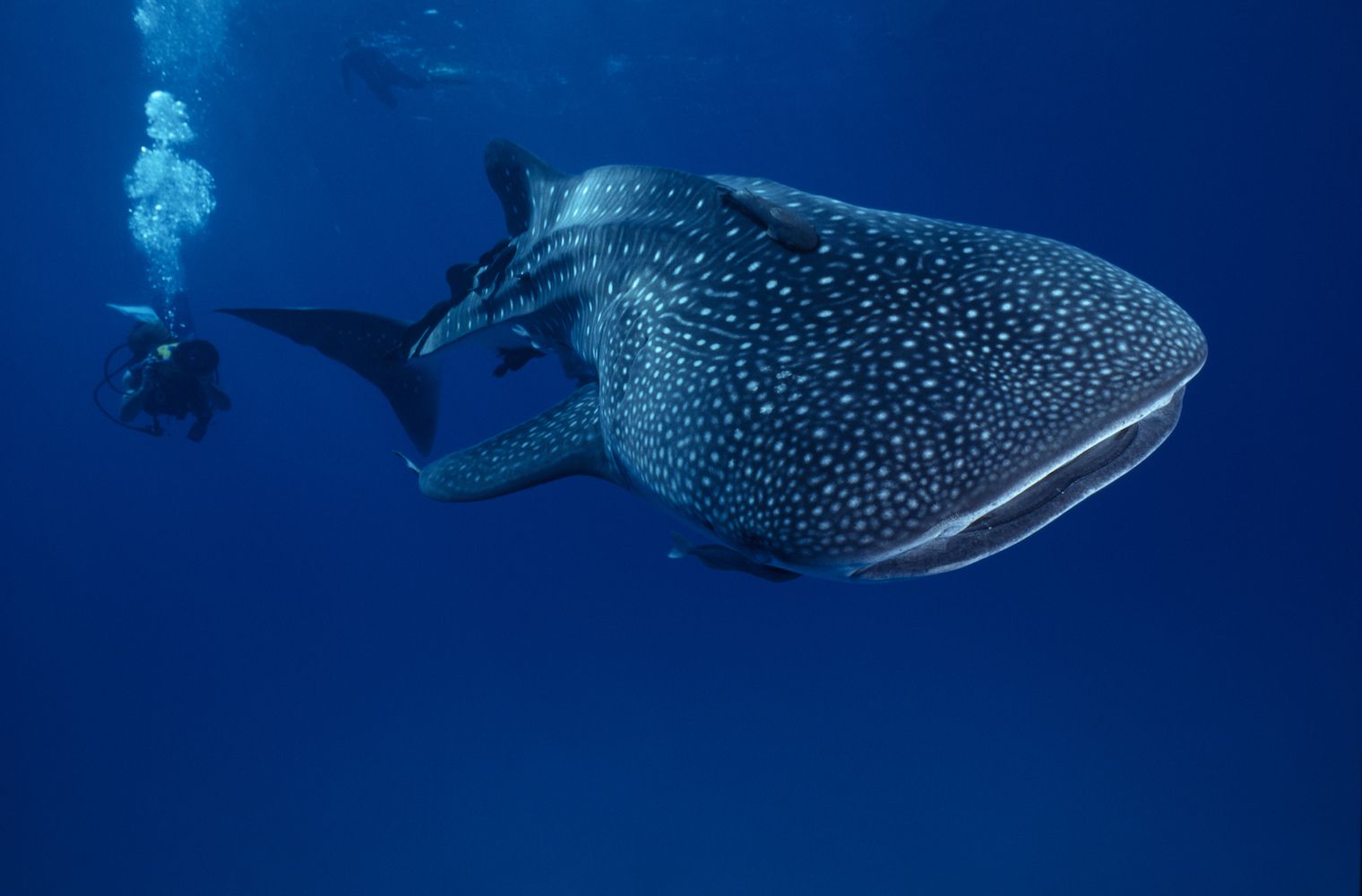 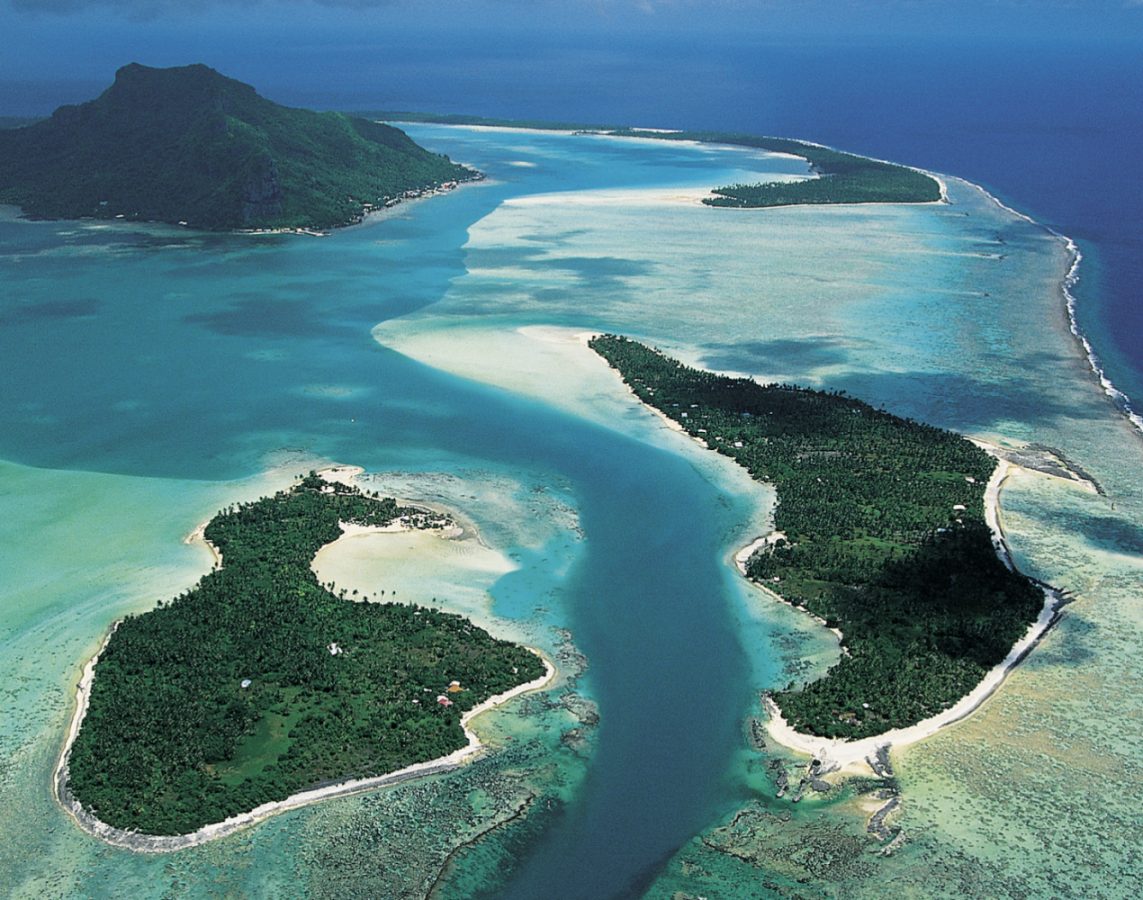 Shark diving fanatics can also explore Fiji’s Beqa Island lagoon and nearby Pacific Harbour’s lagoon, just to the south of the mainland, which is a hotpot for bull sharks, as well as seven other species of shark – including tiger sharks, silvertips and grey reef sharks – living alongside giant grouper and eagle rays.

For a shark-focused adventurous charter or cruise on your own yacht, Tahiti and Fiji should clearly be top of the Bucket List.