Showing benefits from a winter of work rebalancing and optimising, as well as ever-improving crew work and cohesion, Sveawon four of the event’s five races and were only denied a clean sweep by the wily, benchmark crew on Velsheda. They seized the lead from Svea just over half way around the 20 nautical miles clockwise circuit around the island of St Barths and never gave it up.

But while that cushion may look moderately comfortable, Velsheda’s crew may fly out from the idyllic Caribbean island tonight reflecting that but for losing one race by 17 seconds and misreading the finish instructions Saturday – which cancelled out a likely win – they might have triumphed. Topaz finished their third St Barths Bucket regatta having made notable strides forward.

After launching last year, it became apparent that the new J – which was built to an adapted original design by Tore Holm to have a centreboard – suffered from lee helm. That was an ongoing niggle last season. 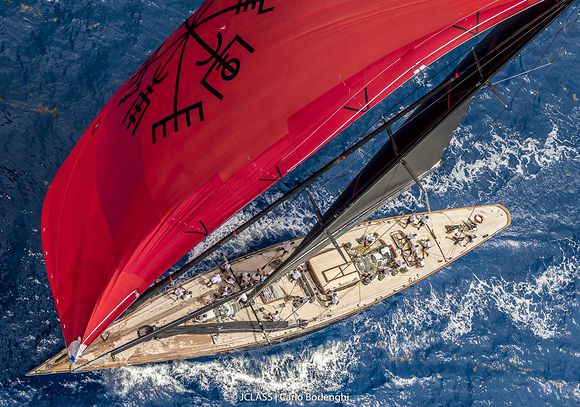 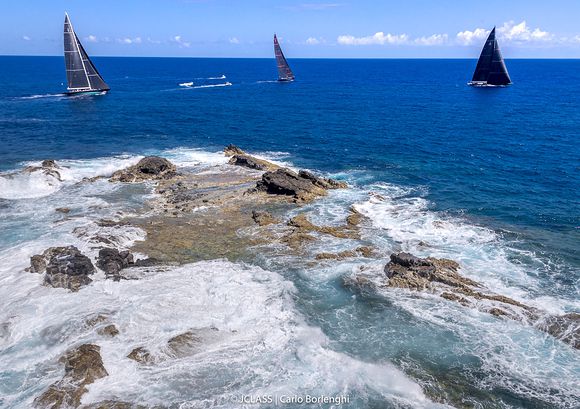 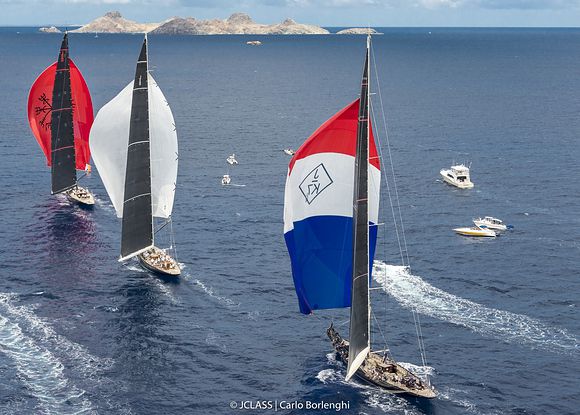 “We are so excited to win. It is incredible for all of us.” smiled Svea’s delighted project manager and tactician Charlie Ogletree, “And we are so thankful to Tom (the owner) for what he has done for us and he has done an incredible job driving this week.

This kind of racing can be difficult, it is long and requires periods of excellent concentration and he has done an excellent job. We are happy today to see him having this success.”

Ogletree adds, “It is great for us as a team. We are doing two more regattas so we are looking ahead now to Palma and to the Maxi Worlds in Sardinia. There is still a lot of work to do compared with the benchmark programmes Velsheda, Lionheart, Ranger and Hanuman. They have been doing this evolution programme for years. Velshedahave been doing this for double digit years and so we are happy to just prove ourselves competitive in such a short time frame.

And of his baptism of fire into the class he recalls, “Last year was hard. I had never been involved in a J Class boat at all before, and so to launch a J Class yacht and go racing in just one year is a big ask. To get to the regattas at all was big for us. We had flashes of brilliance, a race win Bermuda and then getting second at the Worlds. Overall I think we hit a lot of marks and allowed us to make these changes for the 2018 season.”