Dutch shipbuilding company Heesen Yachts has announced the sale of its Project Maia, the first in a 50-metre steel class designed by Clifford Denn.

The sale of Maia brings the company to a record of six sales during the 2017 period.

Chris Collins from Ocean Independence Fort Lauderdale introduced the client, an American serial yacht owner, who spent over a year shopping for his new yacht. He was attracted to the model’s bold profile and world-cruising capabilities.

At 50 metres, Project Maia is a bluewater motoryacht with a traditional displacement steel hull below 500GT and an aluminium superstructure. Her naval architecture and engineering are by Heesen’s in-house team. Powered by twin MTU 8V4000 M63, she will reach a top speed of 15 knots and will have a range of 3,800 nautical miles at the cruising speed of 12 knots.

Clifford Denn’s design features curvy flowing forms and sharp knuckle lines which recall iconic car designs. Details such as the ‘Fisker whiskers’ grille of the aft fashion plates and the navigation lights are also borrowed from classic car designs. A functional, military-style wheelhouse with forward slanted windows confers a muscular appearance to the yacht, while a large roof overhang offers the captain protection from the elements.

The vessel accommodates ten guests in five suites, with the owner’s stateroom set forward on the main deck. 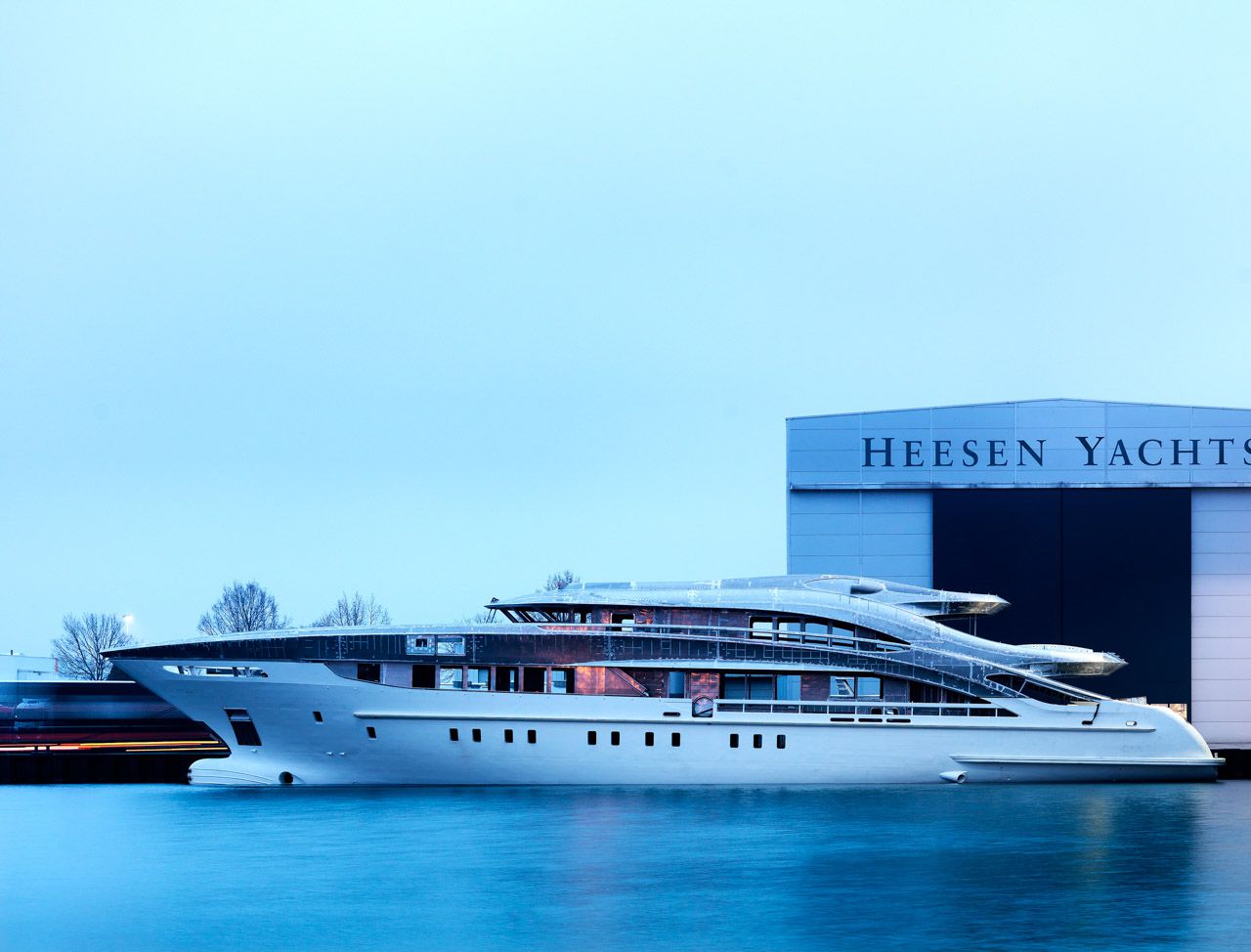 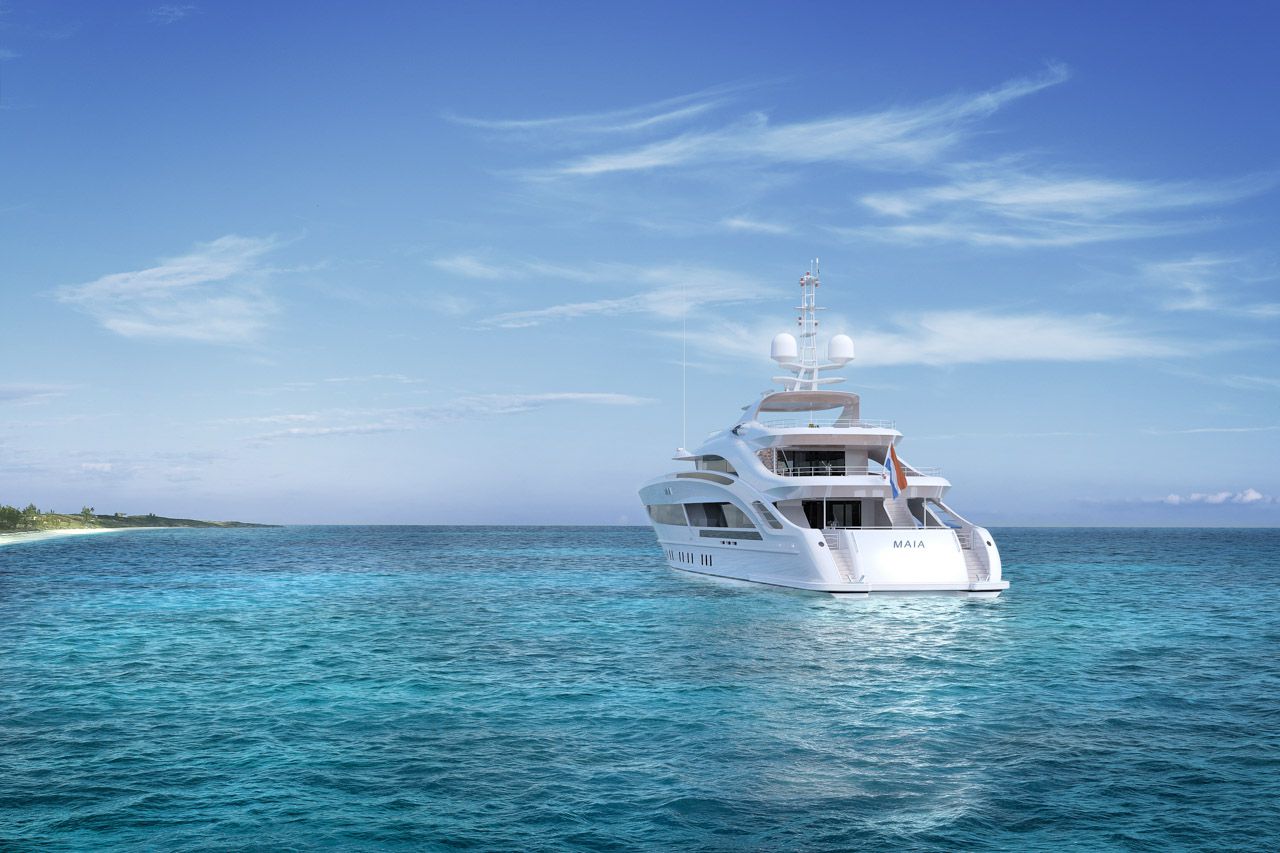 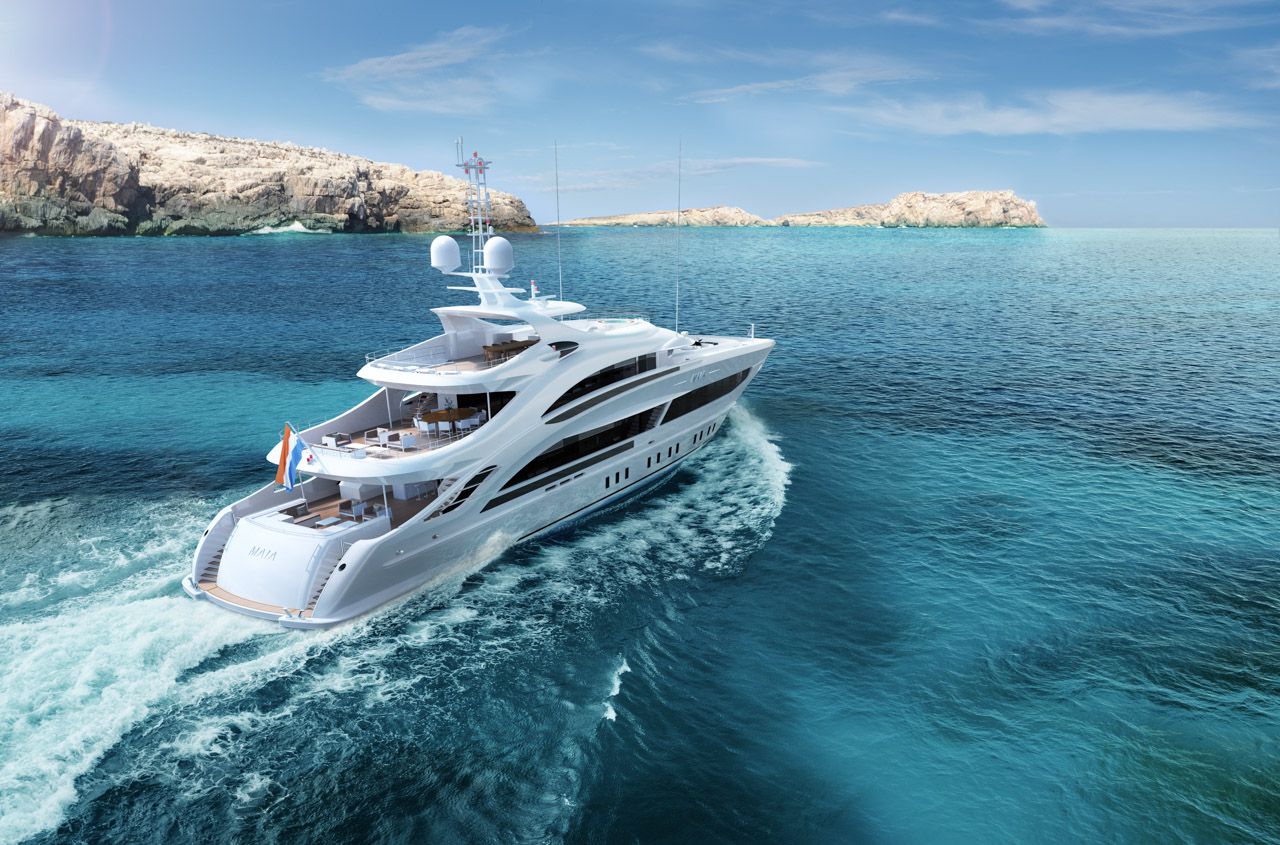 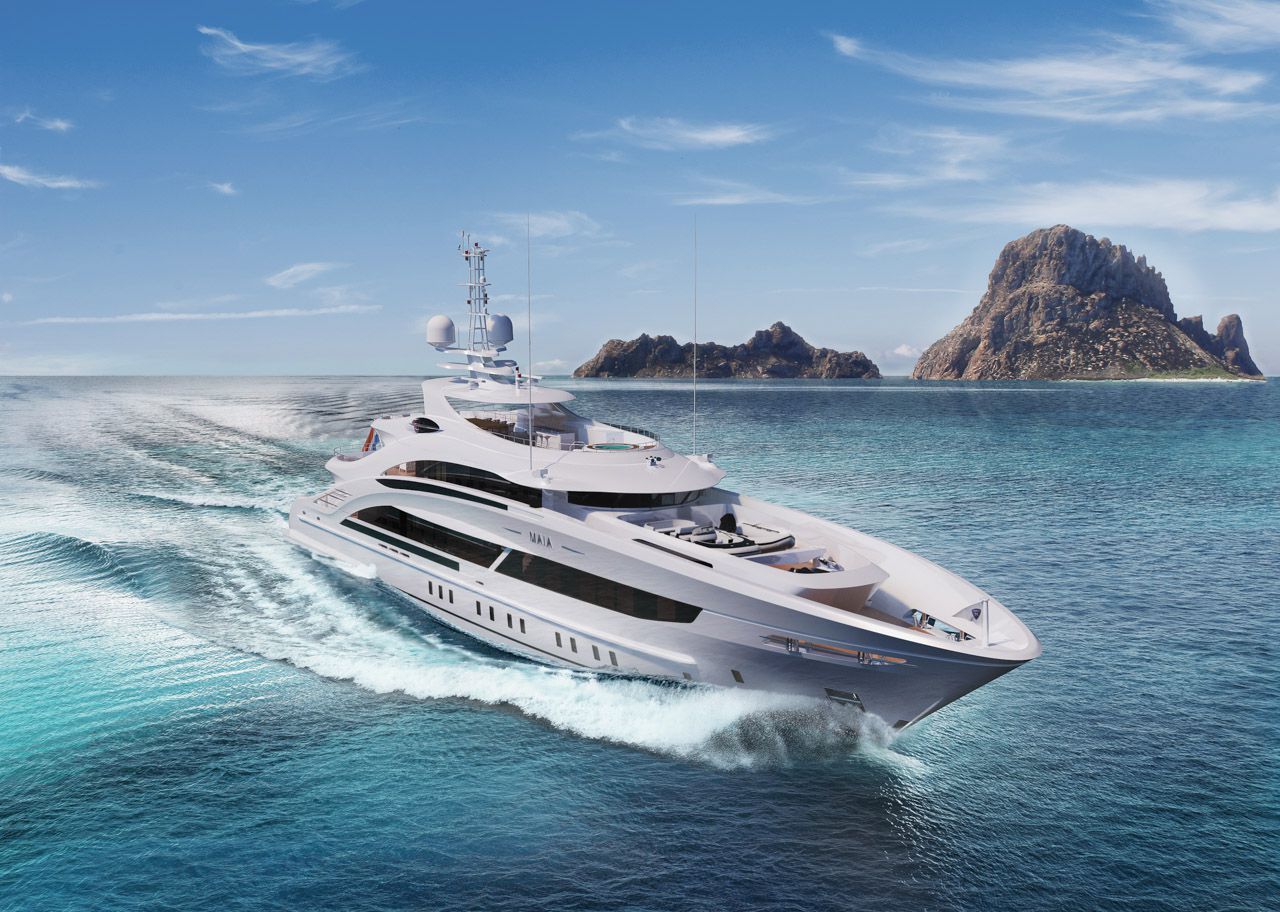 The owner and his team are working with the designers and the shipyard engineers to tailor Project Maia to their taste and lifestyle, creating a yacht that will take them around the world in comfort and style.

The superyacht will be delivered to her new owners after sea trials in the North Sea in June 2018.