Kleven has signed a contract with Lürssen on the delivery of a 100-metre explorer yacht for an undisclosed owner, several months after it was announced that the German yacht builder had invested in the Norway-based shipbuilding company as part of a consortium that now owns a 40 percent share of the company. The two companies had also entered into a long-term co-operative agreement earlier in 2017.

The Norwegian shipyard will build, partly outfit and technically finalise the superyacht at its Ulsteinvik facilities before it is likely transported to Lürssen’s Blohm+Voss shipyard in Hamburg, Germany for completion.

Known for its commercial offshore vessels, Kleven’s prominent overture into the yachting world was with its construction of M/Y Ulysses, a 107-metre rugged explorer built for New Zealand businessman Graeme Hart and delivered in March 2016. The yacht was put on the market for US$265 million, and sold for an undisclosed amount this October through Burgess and Fraser. Earlier this month, Kleven delivered its second M/Y Ulysses to Hart – this time 116 metres in length – after final fit-out was completed by Dörries Maritime in Bremerhaven, Germany. 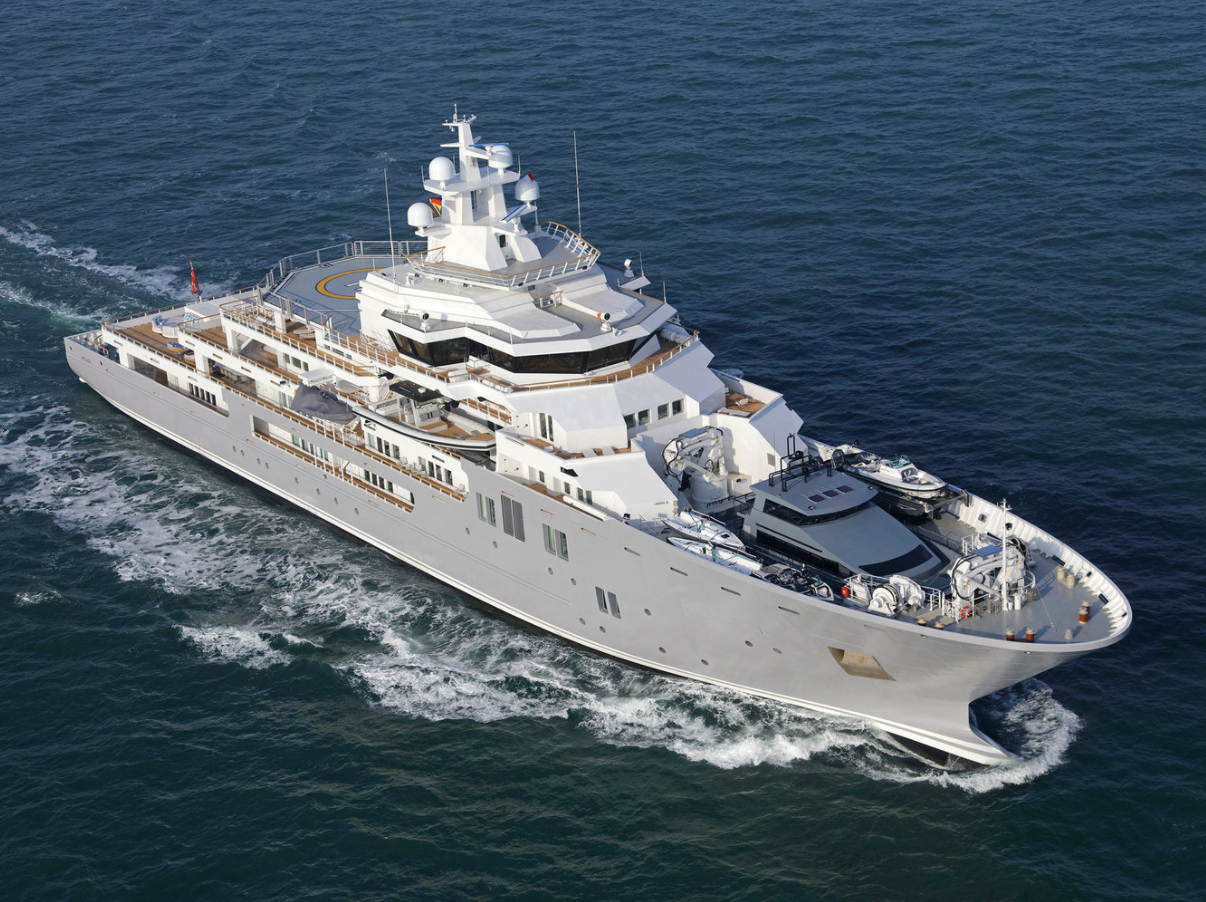 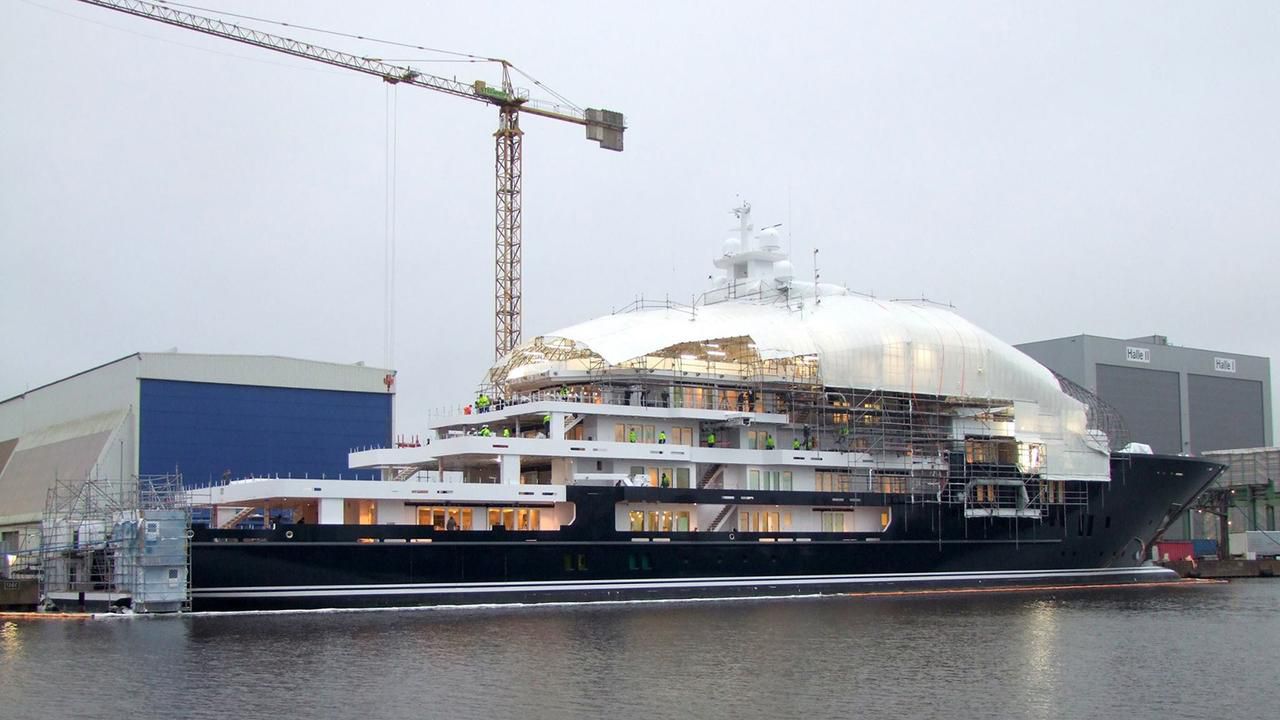 The newly announced 100-metre collaborative project heralds the start of a new mode of operating at Lürssen, which allows the company to deliver yachts with a more rugged and explorer-type capability but that still maintain the quality in craftsmanship and interior finish for which Lürssen is renowned.

Speaking with Michael Breman, Sales Director at Lürssen Yachts, he confirmed that it was Lürssen that brought the project to Kleven after a very specific new build request.

Based on the Ulysses model, we have engaged to offer a new type of product to the market: commercial in nature but yachting in finish where there is interaction with the owner,” said Breman. “When the client approached us and explained that he was looking to do something like this, we brought to his attention what we had already started discussing with Kleven a year ago. We are very happy to sign the first project of what we hope will be many of this nature.”

It is not yet known how the fruits of this new collaborative proposition will be branded, but Breman said that work is being done on this area and an announcement can be expected in the coming months.

We are trying to respond to a demand that we see in the market for more commercially-built vessels,” he continued, adding that a yacht is defined by its “usage not its execution.”

Breman commented that the reason for taking the project to another builder was not a price or order book issue, adding:

Kleven is eminently suited to handle complex naval systems quickly, which is what they will be [on this project]: commercial systems that are ‘yachtified’ … With the acquisition of Blohm+Voss, we have had to reassess what the [yard in Hamburg] will be doing in the future, and this may be a good project for the workforce to work on and to ‘yachtify’ once it has left Norway.”

We are proud to announce this first result of the co-operation between Kleven and Lürssen,” said Ståle Rasmussen, CEO of Kleven at the time of the announcement. “With their more than 140 years of history in the luxury yacht business, Lürssen is unrivalled in its experience and knowledge, and we are proud of the fact that they have chosen Kleven as their long-term partner. The combination of Lürssen’s world-renowned yacht designers, creating custom-built yachts like no other, and Kleven’s modern and highly automated shipbuilding facility in Norway will provide unrivalled quality to our customers. Kleven will be leaning heavily on their expertise derived from building highly advanced, world class offshore vessels. We hope this is the first of many vessels being built in this partnership.”

Since the new project announcement was made, it has been revealed that Rasmussen and the board of Kleven are searching for a new CEO to succeed him and lead the shipbuilding group.

This is the right time to make a change. The company has been through a decisive period of acquiring new owners, and it was important for me to be in place throughout this phase,” said Rasmussen in a statement released on the Kleven website. “The most important thing for me through the demanding period the company was to [maintain] the greatest possible activity and provide the most possible workplaces locally. Through international development, the company has become an important player in many market segments, and the local ring works have been and are very large.”

Few specific design or technical details of the new 100-metre project have been released at this stage, and the exterior and interior designers, layout, engines and facilities have yet to be announced. Further details will be reported as they are released.