Revealing the concept in a film and renders at the opening of the Monaco Yacht Show, the highly awarded designer with offices in Australia and Monaco stated, “My vision for ZeRO was to create a futuristic, wholistic form while maintaining a timeless elegance with the hull embracing the superstructure to create a striking yet sleek hull form and restrained superstructure.

“ZeRO’s streamlined exterior envelopes a state of the art propulsion system. When combined with its ultra-efficient semi plaining hull form, it enables the yacht to travel at speed with zero carbon impact on the environment.

“The propulsion system derives its power from utilising hydrogen tanks, hydrogen fuel cells and electric engines along with a battery storage system. Combined with a hull form that is both stable and efficient, ZeRO enables high speed cruising combined with extended range at cruise speed.”

The Monaco Yacht Show runs from 22 to 25 September. 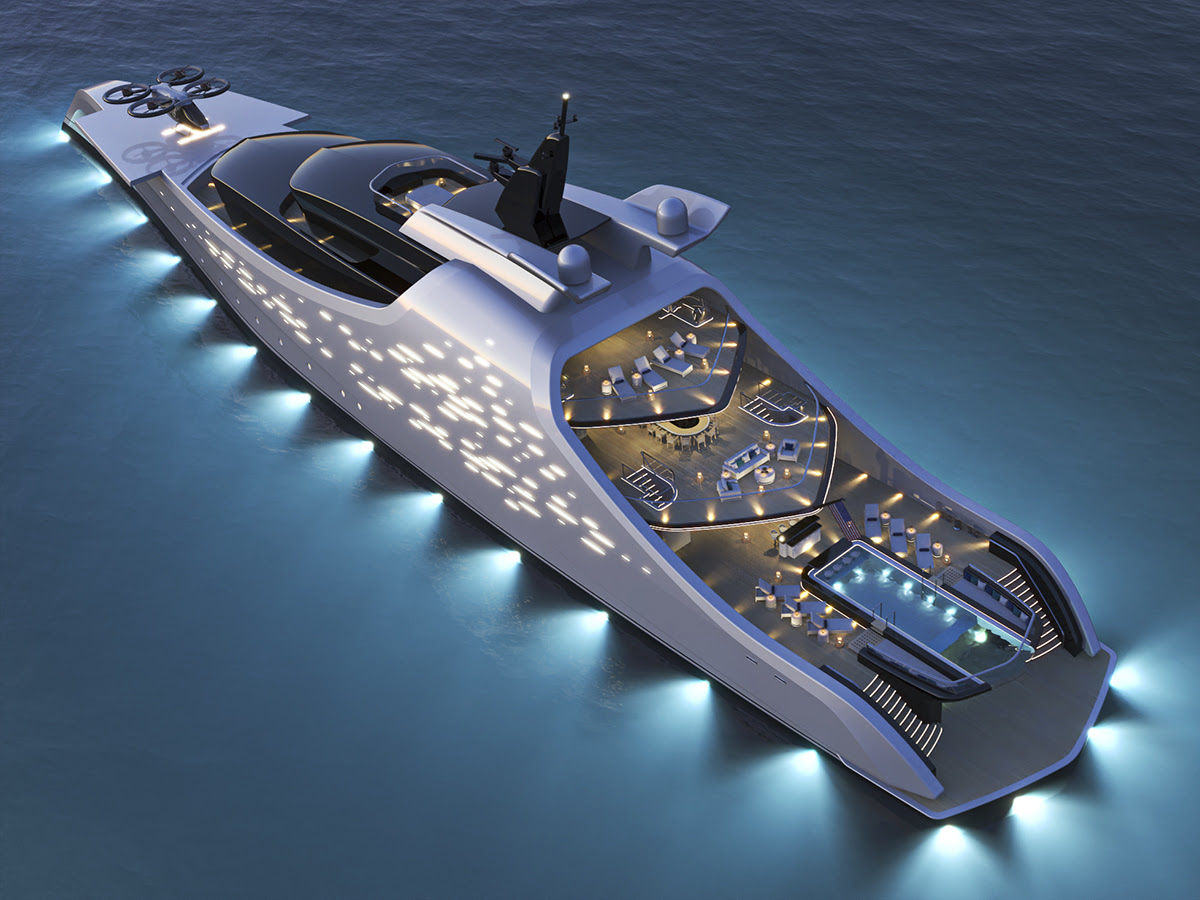 The vessel's propulsion is driven by hydrogen fuel cells and electric engines along with a battery storage system.