Emirates Team New Zealand and RNZYS have decided to cease dealings with Mark Dunphy and his consortium.

Contradicting a press release issued by Mr Dunphy, ETNZ and RNZYS posed a series of questions relating to his dealings with the New York Yacht Club suggesting challenging the validity of the RNZYS as Challenger of Record.

The statement continued: “However despite both private and public requests for direct answers there has been nothing more than general sweeping press statements and an avoidance to directly answer our specific questions:

“Did you have a call with a member of the NYYC who is directly involved with the America’s Cup where you asked for their support to file an action in the New York Supreme Court to challenging the validity of Royal Yacht Squadron as Challenger of Record?

“Did you advise the NYYC member that you have the financial support of Ernesto Bertarelli and have also been communicating with Larry Ellison? 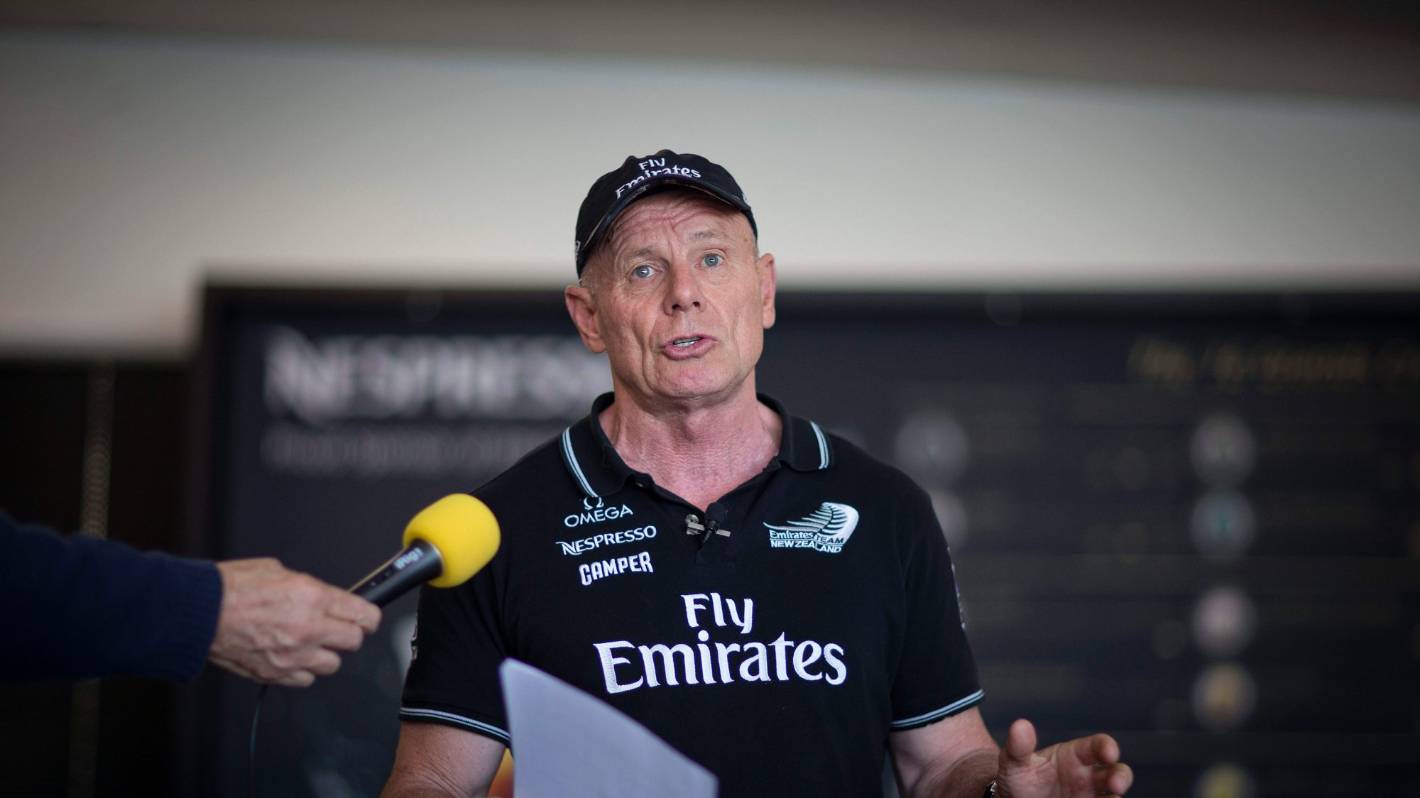 “Have you had any meetings with any persons who represent or could be deemed to represent a rival team intending to enter AC37?

“Was Dr Hamish Ross representing you when he lobbied the NYYC via email to instigate an action in the New York Supreme Court?

“If it was intended that yesterday’s statement is a denial then Mr Dunphy should look at his zoom call register and refresh his memory as the call was initiated by him. Emirates Team New Zealand were briefed in full on all discussion points immediately after the call in early September and have a record of it.

“Furthermore, Emirates Team New Zealand now release details of an email (dated 26/8/21) to the Commodore of the NYYC from Dr Hamish Ross with Mr Dunphy (both members of the RNZYS) in direct copy. Dr Ross was formally a legal counsel with Alinghi during their 2003, 2007 and 2010 campaigns.

“The email clearly outlines their intentional lobbying of the NYYC to take legal action in the New York Supreme Court against the Challenger of Record with a purpose of intentionally disrupting the venue selection process.

“In the email, Dr Ross outlines his representation: ‘I am assisting a group of prominent New Zealanders seeking to keep the next America’s Cup event in Auckland’

“It continues: ‘Through me, the group in NZL are asking the NYYC Club, in fulfilment of its supervisory role, to challenge RYSL over its bona fides as a qualified challenger. This may require an interpretation of the Deed to provide clarity for all concerned. The first step would be sending the challenger RYSL a letter and, if there is an unsatisfactory response, seeking an interpretation from the NY Supreme Court. Seeking an interpretation would disrupt the venue selection which is due to be announced on 17 September 2021. Given time is of the essence, I have taken the liberty of preparing a suggested form of letter as a starting point for consideration.

‘Assuming RYSL cannot qualify as a challenger, the NYYC’s challenge of 7 May 2021 as the next qualified challenge filed after RYSL’s challenge, would cause NYYC to become the next COR, with the new Protocol to be agreed between RNZYS and the NYYC’.

“That challenge was in fact delivered personally to the RNZYS Commodore on behalf of NYYC by Dr Hamish Ross.

“The actions of Mr Dunphy and Dr Hamish Ross clearly do not represent the best and honest intentions towards the RNZYS and Emirates Team New Zealand as they portray in their press releases and in public.”

ETNZ CEO Grant Dalton said “Emirates Team New Zealand is disappointed by Mark Dunphy’s underhanded and deceitful attempts to undermine the RNZYS, ETNZ and the RYS with his despicable actions.

“We gave him every opportunity to tell us himself, but he chose not to and as far as we are concerned this puts an end to a regrettable chapter in AC37. We applaud Commodore Culver and the NYYC for wanting no part and rejecting Mr Ross and Mr Dunphy’s overtures.

“The RNZYS is our representative club, we support them and I have no doubt the club will find this incredibly disappointing and will have their own process to deal with this situation.”

The RNZYS Commodore, Aaron Young also issued a statement pertaining to the funding discussions for the 37th America’s Cup Defence.

“RNZYS is concerned and disappointed with recent findings on a potential funding arrangement that might have enabled the 37th America’s Cup Defence to be held in Auckland.

“RNZYS first met with Mark Dunphy on 1 July. Since this meeting RNZYS have continued to encourage both Mark Dunphy and Grant Dalton to meet. RNZYS expressed this in writing as recently as Monday of this week. This would now seem extremely unlikely given what has been found.

“RNZYS as Trustee of the America’s Cup is very aware of the responsibilities that brings. The RNZYS General Committee is responsible for all decisions the Club makes including anything to do with the America’s Cup and will in due course consider any further action.

“ETNZ and RNZYS have an agreement with ETNZ who is responsible for conducting the defence of the 37th America’s Cup. As our representative team, ETNZ have the full support of the RNZYS. RNZYS has a preference that the defence be held in Auckland with the caveat that there is funding to run a credible defence together with support from Local & Central Government.”