“Porsche Unseen” is a compilation of the auto marque's design studies from 2005 to 2019.

Under the title “Porsche Unseen”, German auto-manufacturer, Porsche has published design studies from 2005 to 2019 which have until now been kept under lock and key. The sports car manufacturer is showing spectacular visions of 15 different cars, offering an exclusive insight into its design process – from the very first drawing to the finished model ready for series production.

“People all over the world love the timeless and innovative design of our sports cars,” says Oliver Blume, Chairman of the Executive Board at Porsche AG.

“Visionary concept studies are the foundation of this success: they provide the pool of ideas for the Porsche design of tomorrow, and combine our strong tradition with trailblazing future technologies.”

The previously unpublished design studies are being presented exclusively by the Porsche Newsroom in a series of articles. The 9:11Magazine web TV format has also dedicated an episode to selected studies and examines the connection between the studies and the current production models together with Porsche Chief Designer Michael Mauer. 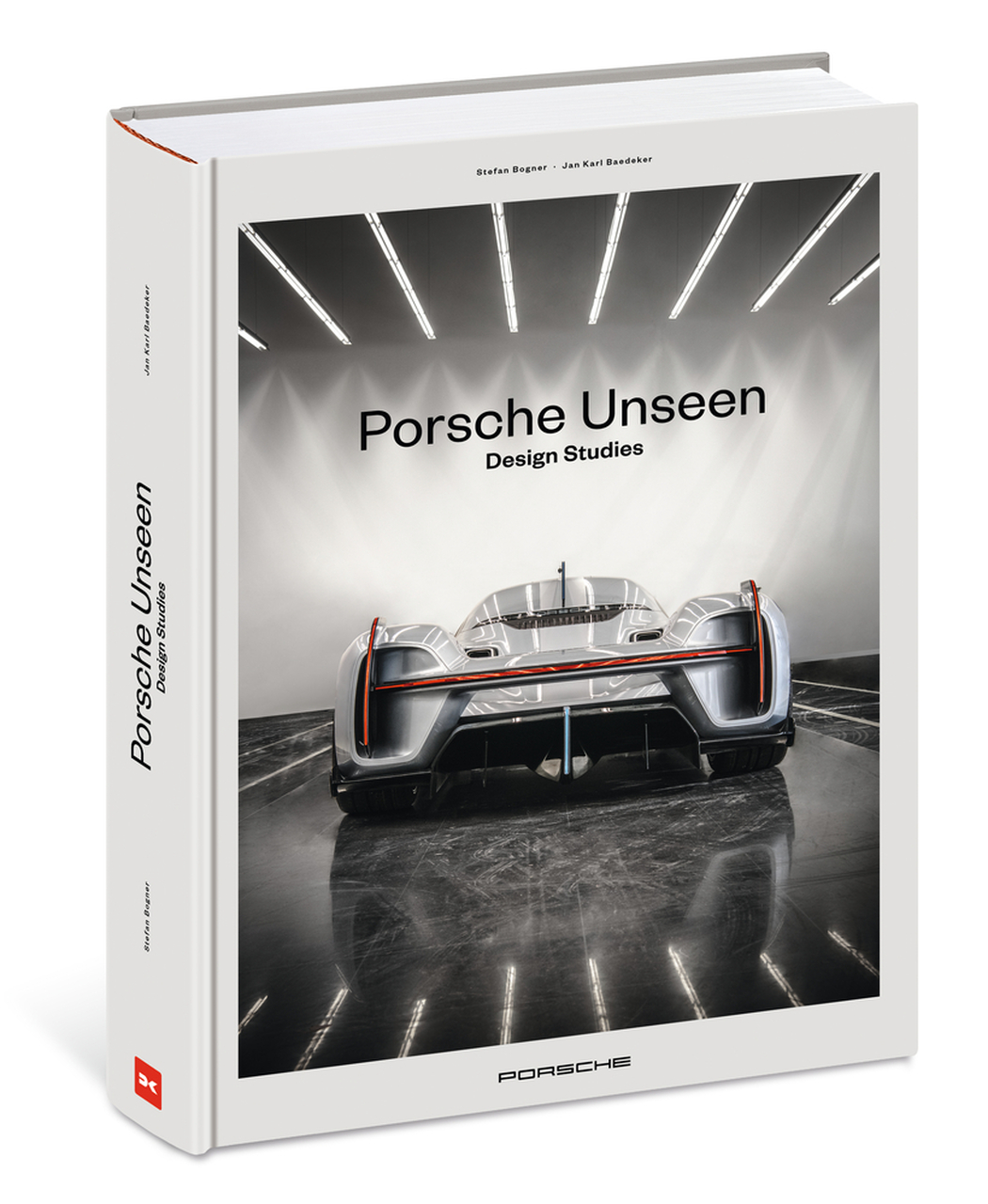 With photos by Stefan Bogner and informative text by Jan Karl Baedeker, the book is 328 pages of pure Porsche. 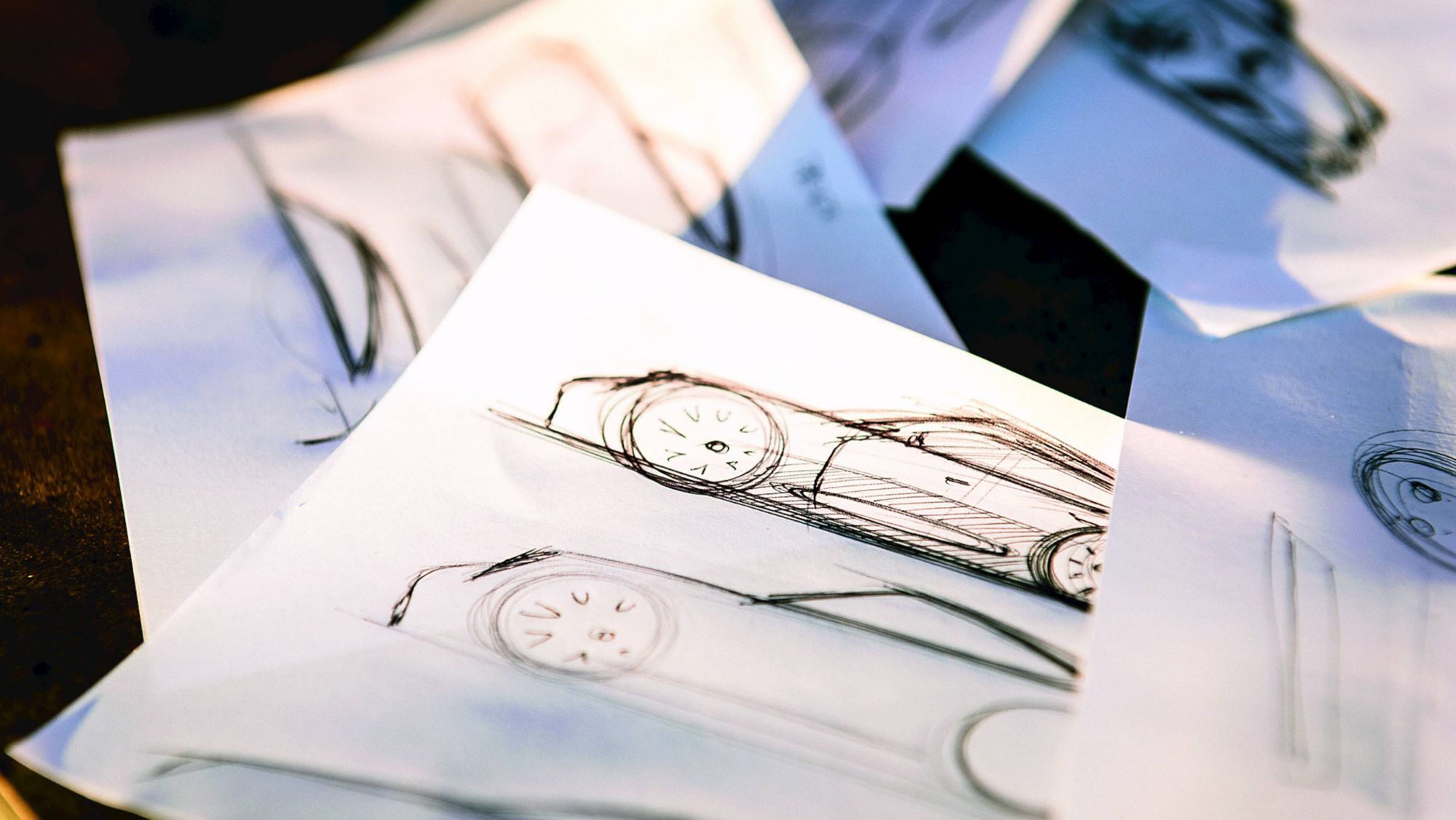 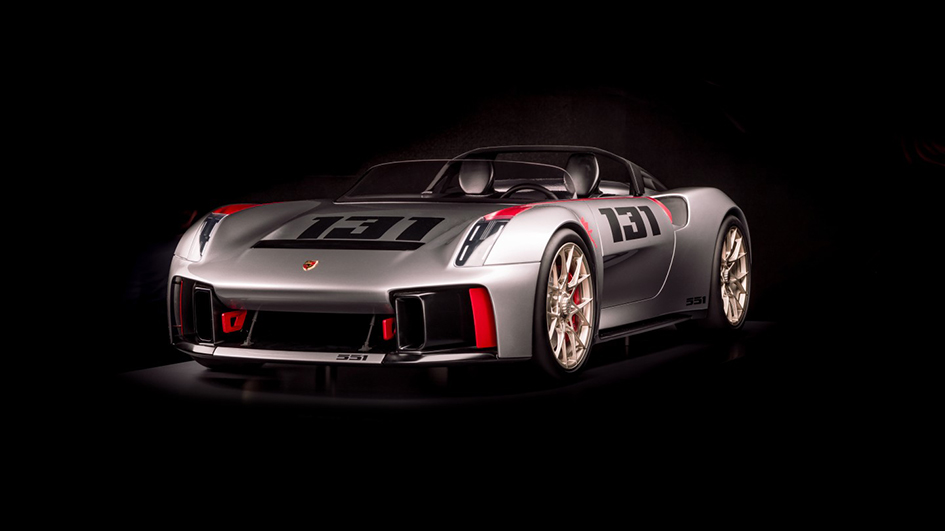 The Vision Spyder is a modern-day interpretation of a classic model, namely the 550-1500 RS Spyder from 1954. 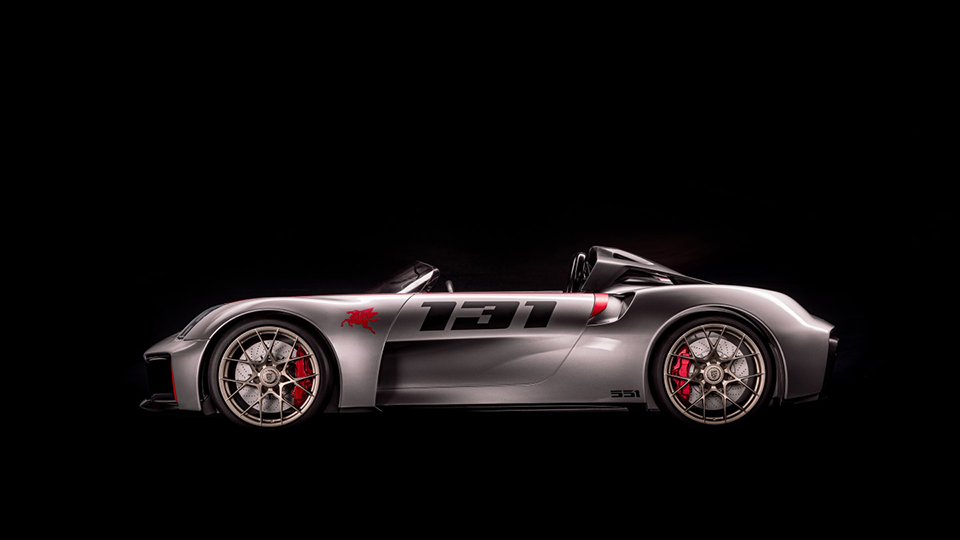 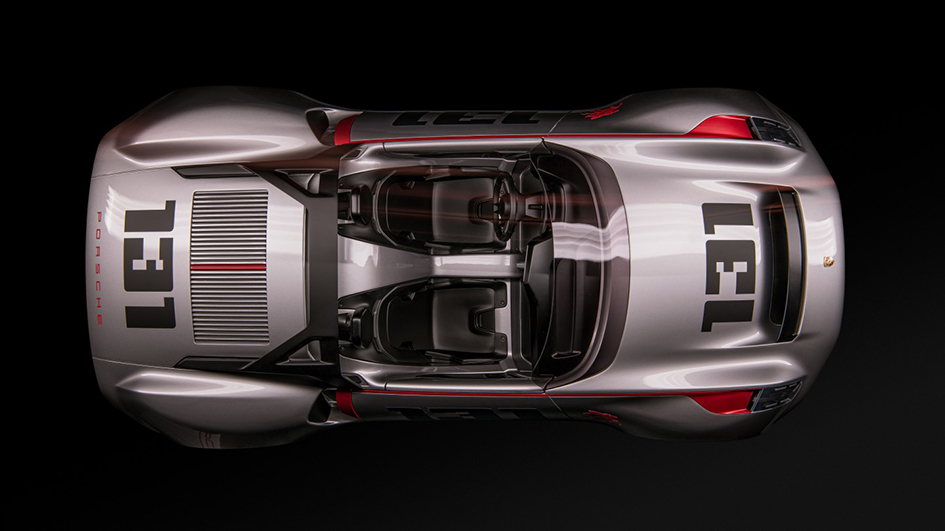 Porsche Vision Spyder is among the concept models. 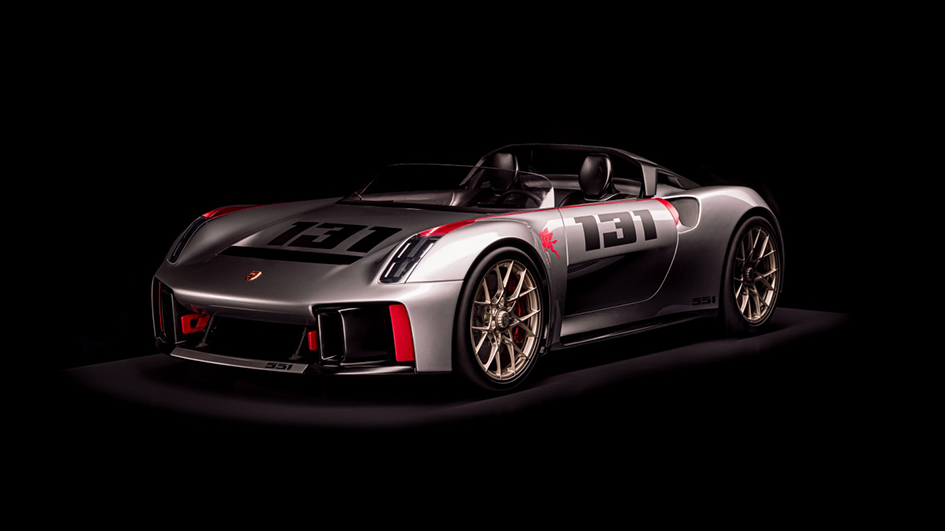 The Vision Spyder is a font of new ideas that could eventually be implemented in its production cars.

For fans of the brand, the book entitled “Porsche Unseen” was released by the Delius Klasing publishing house. Interested readers are given a detailed look behind the scenes of Style Porsche. A selection of studies will also be on display later for fans to admire live: the Porsche Museum will be integrating the models in the exhibition in 2021.

The design process: from the first drawing to the drivable prototype

The design process starts with a sketch. This is visualised in the next step as a 3D model. As soon as an idea is to be developed further, small models are produced in a scale of 1:3, then followed by hard models in the scale 1:1.

“The virtual world is the first step, but you especially have to experience the unusual models in reality in order to understand whether a car has small, large or surprising proportions,” says Michael Mauer, Vice President Style Porsche.

In contrast to the development of a production model where several models are always developed with different styling formats, the vision projects, on the other hand, concentrate on a single vision model which serves as a protagonist for the central idea.

“Weissach is our epicentre. Instead of opening advanced design studios in the distant metropolises of North America and Asia, our designers come from all over the world to Porsche in Weissach in order to create the latest production sports cars and automotive visions at the heart of the brand.

The design studies: on a journey of the mind into the future of mobility

“When it comes to the visions we develop, it is not about bringing every car onto the road. Instead, it is more a question of establishing creative space and a relationship with the future,” says Michael Mauer when describing the design process, adding “There are two possibilities for continuing to develop as a brand: either you improve your products from the present, that is to say step-by-step”.

“However, it is difficult to be really innovative in this process. Or you give free rein to your creativity. The idea is to let your thoughts jump to the day after tomorrow, and to then move back from there to tomorrow.”

Based on this idea, Porsche develops the product and brand identity which characterises and secures the appearance of all models in the long term.

The design language for future models develops from the long-term vision. In this process, the higher-level goal is to combine the Porsche design DNA with state-of-the-art vehicle engineering. On the one hand, this secures the innovative capability of future Porsche models and, on the other, also provides an evolutionary reference to the rich history of Porsche. 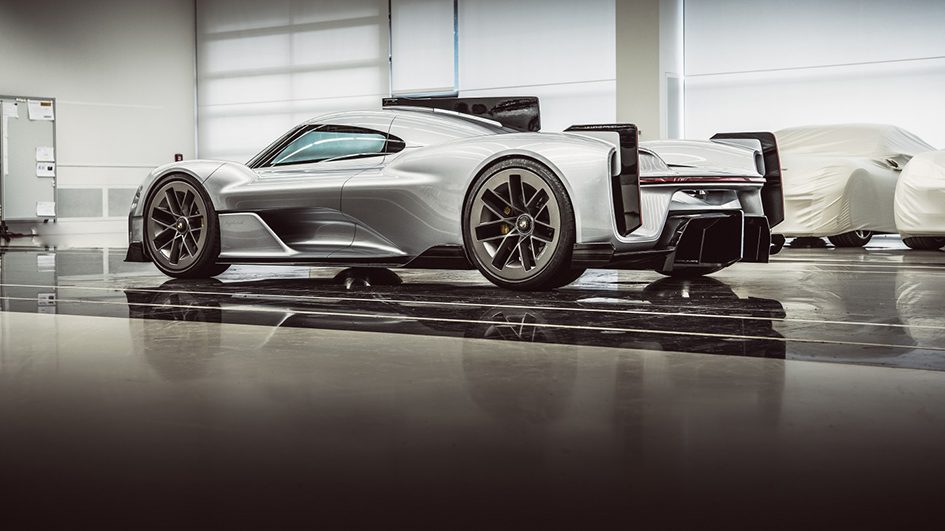 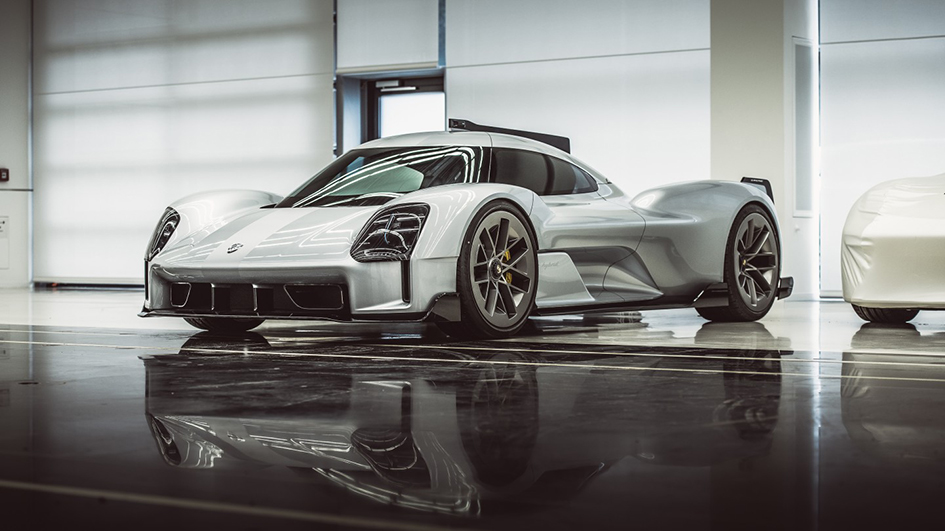 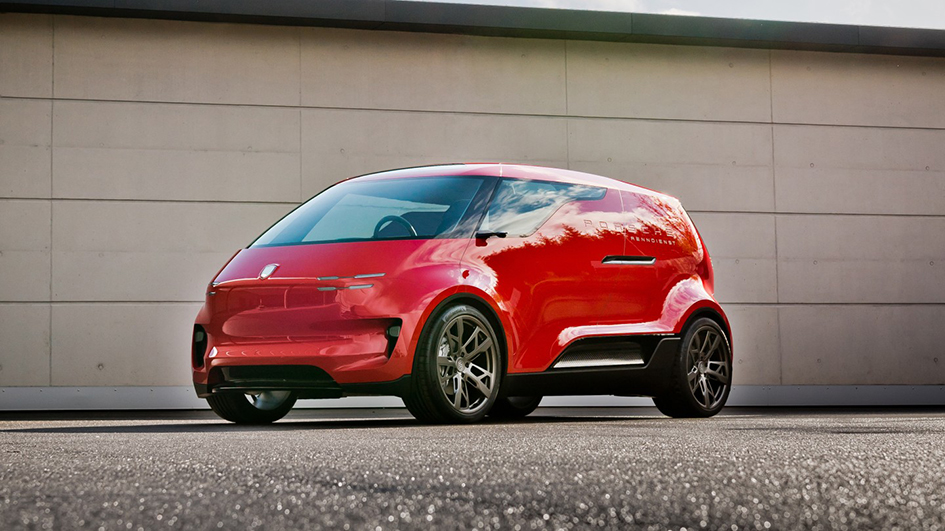 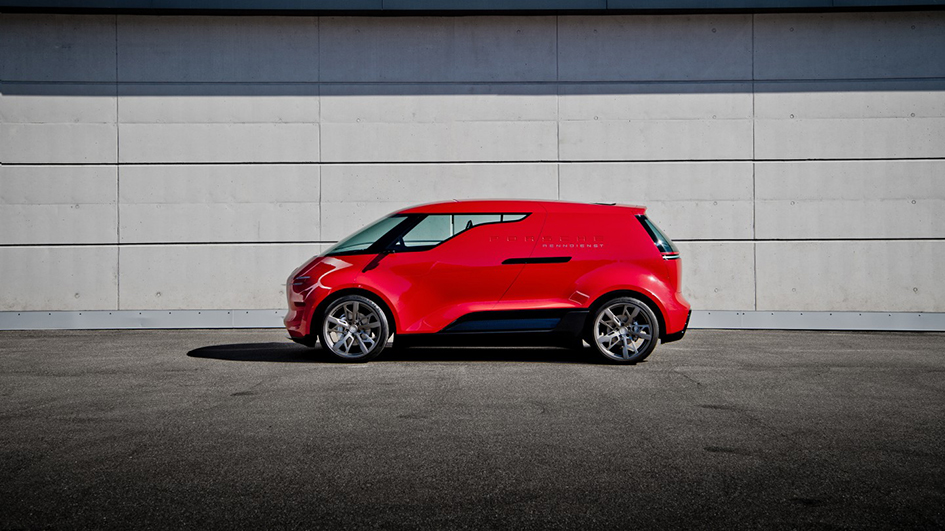 To follow are just some of the concepts covered in the book.

The Porsche 919 Street (2017; 1:1 clay model) was developed on the basis of the technology used in the Porsche 919 Hybrid, promising to make the exhilarating driving experience of the LMP1 race car available to amateur drivers.

Under the outer shell are the carbon monocoque and powerful 900 PS hybrid racing drivetrain that helped the Porsche 919 to achieve numerous victories at Le Mans. The dimensions and wheelbase were also the same as on the race car.

With its spartan, puristic cockpit, the characteristic radiator grilles over the mid engine, red graphic elements and the suggested fins at the rear, the compact Porsche Vision Spyder (2019; 1:1 hard model) clearly calls to mind the Porsche 550-1500 RS Spyder from 1954.

At the same time, the study was intended to further develop the design identity of Porsche and provide a pool of ideas for future details – for example, the ultra-modern roll bar.

The Porsche vision “Renndienst” (2018; 1:1 hard model) is the free interpretation of a family-friendly space concept for up to six persons.

The design team designed a futuristic “space shuttle“ with exciting proportions. The study shows how the Porsche design DNA with its characteristic surface modelling can be transferred to an unknown vehicle segment for the brand. In the interior, passengers find a comfortable and modular travel cabin.

The driver sits in a central driver’s seat. The all-electric drive technology is located in the underbody. As a result, passengers can enjoy an unexpectedly generous space and travel experience combined with Porsche-like flair.

The book “Porsche Unseen” is available from retailers with the ISBN number 978-3-667-11980-3. The design studies are presented in detail over 328 pages with impressive photos from Stefan Bogner and informative text by Jan Karl Baedeker. It is published by Delius Klasing Verlag and is also available in the Porsche Museum shop.