Full speed ahead for the PIRELLI 1900

Tecnorib is on track to deliver latest Pirelli collaboration RIB, the PIRELLI 1900, this September.

Italian watercraft builder Tecnorib has unveiled its latest collaboration with Pirelli, the PIRELLI 1900. The debut scale-model showcase of the boat took place in the Pirelli Suite at the prestigious Monaco Yacht Club on 28 May, with the who’s who of high-profile visitors in attendance.

At its intended official launch at this year’s Cannes Yachting Festival, the RIB will become the flagship of the range of boats that the two Italian companies have worked on together since the launch of their partnership in 2005.

The distinctive latest model will debut a new feature for the range: an eye-catching new design on the RIB’s inflatable tubes that mimics the tread pattern on Pirelli’s wet tyres used in competitive racing. There are a number of key design elements that echo the past aesthetics of the range, including the sloping windscreen and elegant profile lines.

More technical details will be released at the official launch in September, where the design of the PIRELLI 1900 is likely to attract attention. The scale model showed it to have a sleek and sporty profile, with the glass windscreen merging seamlessly in a sloping line into the black hardtop roof above the centre console and cockpit. This should provide ample protection for what is likely to be some serious speed performance from the RIB. 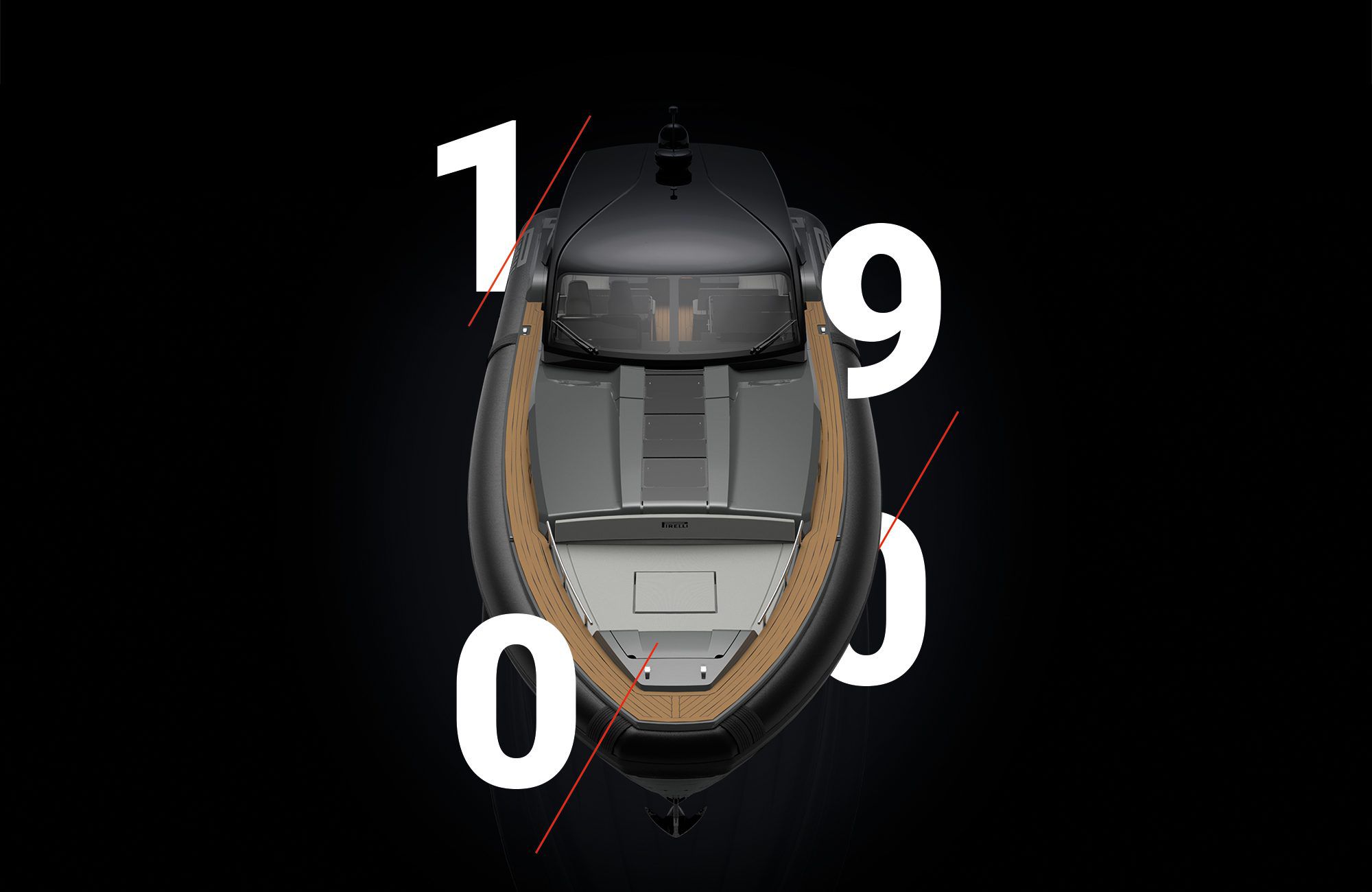 The Pirelli name stands proud in large white letters on the rear of the inflatable tubes, while generous seating and lounging space can be found both at the bow of the boat as well as through to the aft alongside a swimming platform.

The preview of the new PIRELLI 1900 in the exclusive setting provided by Monte Carlo demonstrates the desire of both companies to take PIRELLI RIBs, which have always been an expression of versatility, manoeuvrability and sportiness, up to the next unprecedented level, opening up new horizons and offering new experiences of pure pleasure,” said Tecnorib of the momentous new launch.

The existing range of PIRELLI Pzero tenders from Tecnorib spans from the 4.5-metre jet diesel runaround to, at 13.8 metres, the PIRELLI PZERO 1400 Cabin, a luxurious, high-performance boat with king-size double bed and kitchenette below the deck.