Luxurious comfort is the order of the day in the bedrooms of the Sofitel Sydney Wentworth.

We all have our little quirks when it comes to critiquing a hotel. For me, I judge a hotel firstly on the comfort of its bed, and the Sofitel Sydney Wentworth did not disappoint.

Sofitel has fused French history into the lavishness of the mattress and the bed linens. They even have a website devoted to selling these bedroom accoutrements.

Louis XIV would have been impressed by the website and the mattress. He was a man who knew about beds. He had over four hundred sumptuous bed chambers throughout his many palaces. But a bed back then was more than just a place to lay your head.

Louis would preside over elaborate gatherings from his bed surrounded by courtiers such as the famous gossip Lord Saint-Simon. Louis’s bed was a place to dine and to meet and, of course, to sleep.

I am no king but I could definitely be persuaded to work and eat from the comfort of Sofitel’s MyBed. The soft top layer and extra strong edges create the most spacious surface for lounging. 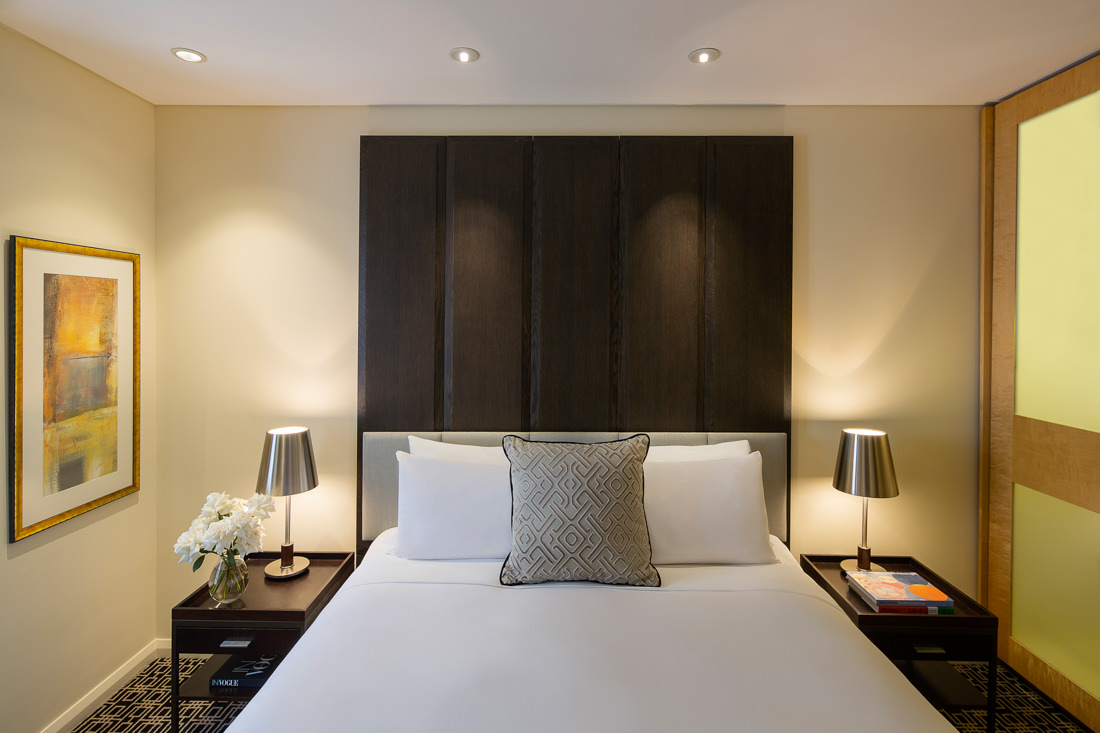 The hotel has hosted royalty, most notably, King Edward VIII and the Duke of Windsor during the early 1920s. 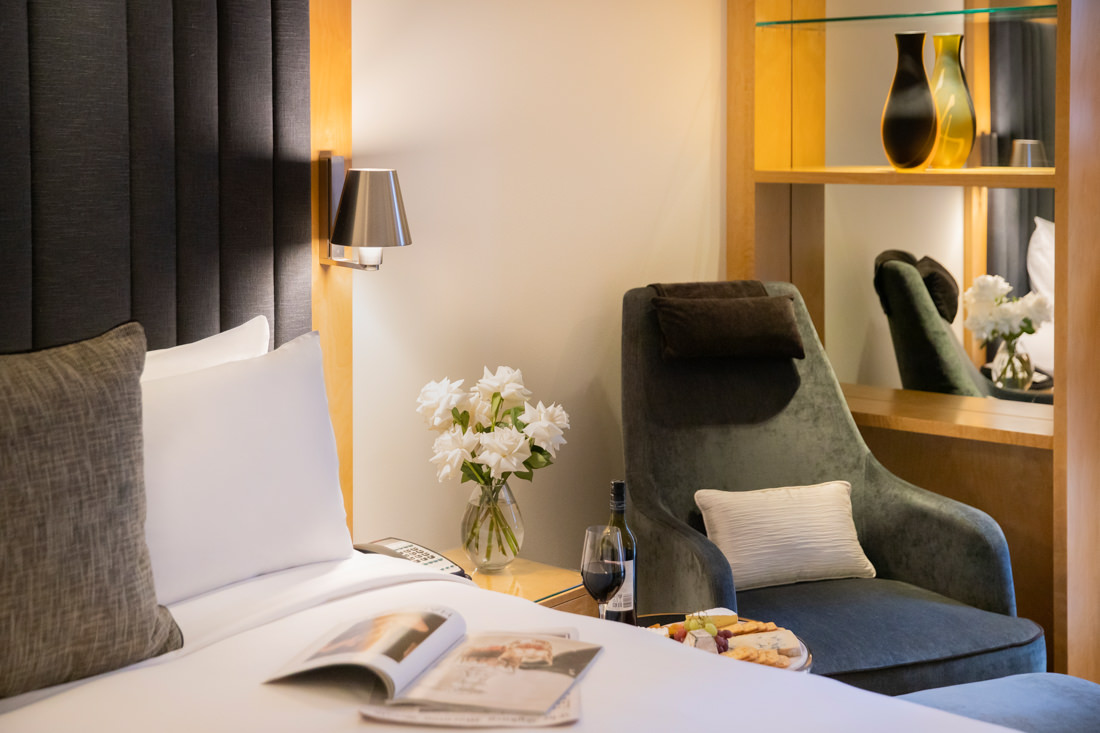 Guests are invited to take advantage of the pillow menu to assist with heavenly repose. 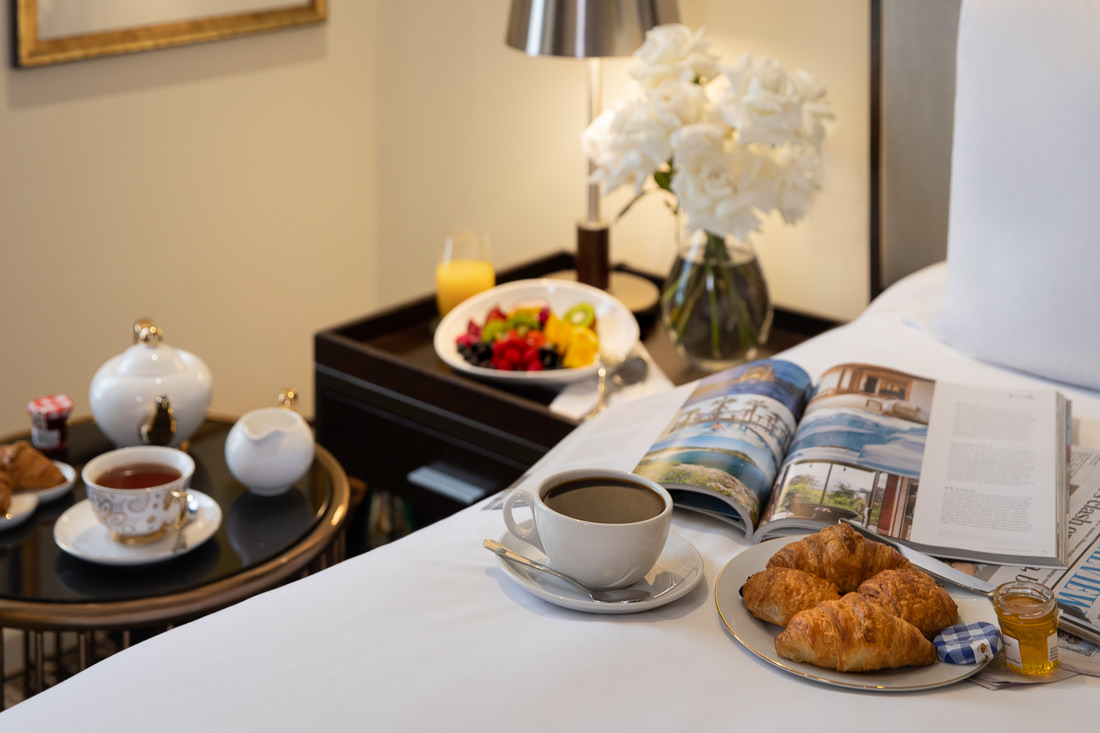 Add breakfast in bed in one of the Luxury King Rooms or Junior Suites to your Sofitel Sydney Wentworth experience.

Then there’s the pillow menu. Divinely decadent. The Sofitel Sydney Wentworth is definitely the perfect bed for work, rest and play.

If you are in the habit of leaving your bed, pop into Soiree. It’s the perfect place to be ensconced in comfort from the warm reds and brilliant golds in the decor through to the high tea or evening cocktails. Premium gins, whisky and Cliquot are all on offer to revitalise you at this chic Sydney address.

If your hunger goes deeper than high tea, then there’s the Garden Court Restaurant with its fusion of French–Australian flavours in a romantic European-style area surrounded by a garden courtyard.

There are seasonal dinner menus featuring modern French a la carte cuisine that is both charming and creative.

While Louis XIV did not have the opportunity to stay at the Wentworth, other royalty have. Over the years, The Wentworth Hotel has hosted many international dignitaries and celebrities, including Queen Elizabeth II, the Duke of Edinburgh, Prince Charles and Princess Diana. There have been numerous film and sports stars as well as the first men on the moon.

When searching for a Sydney hotel, it was the imprimatur given by royalty that swayed my choice and I chose the Sofitel Sydney Wentworth.

Blessed with great weather, there were clear skies in Sydney for the two nights I stayed so I could enjoy the location. Just a short distance from the Opera House, Circular Quay, The Rocks and the Botanic Gardens, Sydney’s CBD is your oyster when you stay at the Sofitel.

This hotel was the first five-star hotel to open in Sydney in 1966 on the site of some fascinating origins.

The hotel was a former publishing house for The Australian newspaper in the early 1800s and has also been a boarding residence.

The hotel was transformed into a hotel after a fire and hosted more royalty, King Edward VIII and the Duke of Windsor, during the early 1920s.

In 1950, Qantas Empire Airways negotiated an interest in the hotel site and in 1961, Qantas was given approval to build a new 400-room hotel next to Qantas House in Chifley Square. Thus, the new Wentworth Hotel was completed in 1966 and became the outstanding first five-star hotel in Sydney.

In 2002, AccorHotels began managing the hotel under the Sofitel brand to bring it to what it is today, a luxurious 5-star hotel in the heart of Sydney CBD.

Rooms on offer include the following.

Simply mention the Winter Indulgence Package when booking and gain a complimentary perk for your loyalty. For a limited time only, book a Luxury room or a Junior Suite and get a $20 credit at Soiree Bar to spend.

Rediscover the romantic city of Sydney at the Sofitel Sydney Wentworth.

Head in the clouds

Head in the clouds