A unique collaboration between shipyard and artist has resulted in a collection of exceptional photographs as part of "The Voyage" project.

The first works of the Italian artist Francesco Jodice for the project “The Voyage” have been unveiled at the MIA Photo Fair, held in Milan from 10 to 13 March.

“The Voyage” explores the theme of the journey by sea and the navigation techniques. Among the studies, the maps and the places included in this project, are the Azimut Yachts shipyards, which opened their doors to collaborate with the artist.

Azimut Yachts, part of the Azimut|Benetti Group and Francesco Jodice, Italian photographer and artist, are working side-by-side for the first time in a project in which navigation is a powerful source of inspiration for Art.

Francesco Jodice is renowned as a tireless explorer in art whose anthropological narratives analyse the human condition within the social context and in the relationship between man and Nature.

Starting from the theme of the journey by sea, the artist accepted Azimut Yachts’ invitation to enter the shipyards allowing him to shoot a series of photos that will become part of the three-year project “The Voyage”. 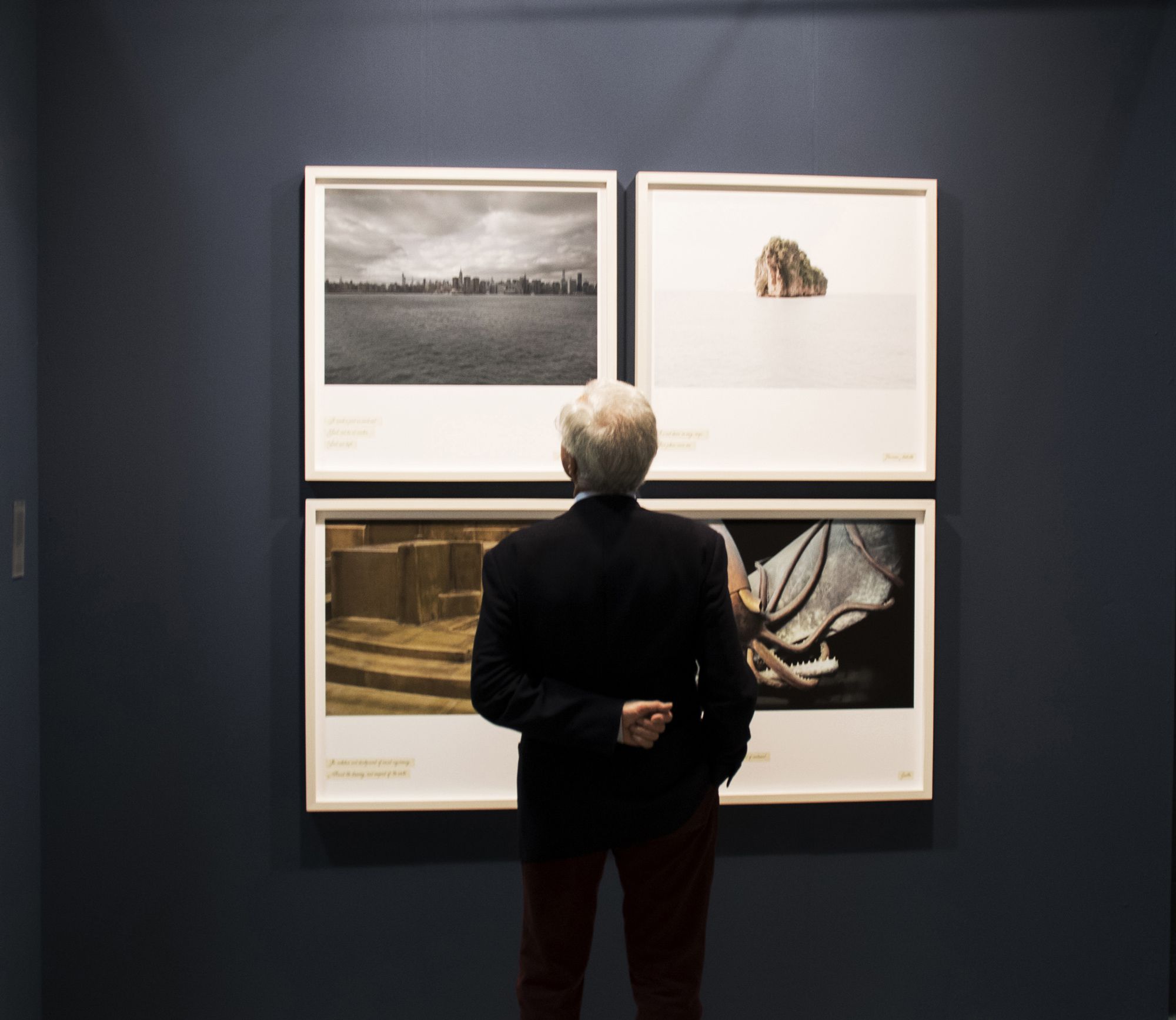 The Voyage by Azimut and Jodice on display at the MIA Photo Fair, March 2017.

The first results of this explorative work, focused on capturing the images of the shipyards and the fascinations from the people working there, have been the photographic works displayed at the Mia Photo Fair, one of the most important event in Italy dedicated to photography, which took place from 10 to 13 March 2017 in Milan.

With “The Voyage”, through studies of ancient documents, voyage diaries and navigation techniques, the artist Francesco Jodice aims to recreate and understand the feelings that accompany the myth of the journey by sea, through which the Western civilization has always been narrating the meaning of life, starting from the epic literature to the great explorations of Modern Age.

The project, which involves Azimut Yachts and its shipyards, will result in a series of photographic works collected in a book.

“The innovative and experimental philosophy of this artist matches perfectly the DNA of our company,” said Giovanna Vitelli, vice president of Azimut|Benetti Group.

“The research, the technological innovation and the use of innovative materials have always been in our genetic code. In our yachts, we look for a perfect union of experience, innovation and design, technology and tradition, appearance and functionality – tools that allow to live the excitement of freedom, of discovery and of journey, which have always fascinated mankind.

“Therefore, we immediately felt excited about the project ‘The Voyage’, finding a peculiar harmony between us and the artistic expression of Francesco.”

The basic idea is to represent three different aspects of journey by sea: (i) the invention, the technique, the human inspiration that has always accompanied the naval construction, (ii) the landing, as place of exchanges and different cultures, (iii) the sense of getting lost looking, of the wonder and the discovery of the trip towards new lands.

At the core of this path there is, of course, the sea, as well as the harbours and the boats. The naval engineering and its role in the history of explorations also became central in the project. This is the meeting point between Francesco Jodice and Azimut Yachts’ shipyards, which allowed the artist and his lens to capture them and their spirit.

At the beginning of the project, there are the fascinations of some famous discoveries made by great explorers – from Charles Darwin to Sir Francis Drake, from Joseph Conrad to Christopher Columbus – accompanied by the study of ancient maps and the reading of voyage reports.

The aim of the artist is to depict a travel and exploration path through the eyes of the ones who navigate, explore and retake the land from sea with a spirit of renewed surprise. Everything responds to a specific artist’s philosophy: the creative search of Jodice, in fact, aims – and always has – to the construction of a common field between art and geopolitics, presenting the artistic practice as civil poetics.

“In his book ‘The Voyage of the Beagle’ Charles Darwin shares with us a deep melancholy,” explains Francesco Jodice. “It’s 1835, Darwin is at the ending of a five-year voyage around the world and he meditates on the century of circumnavigations, discoveries, mapping, and understands that soon there will be ‘nothing more to see for the first time’.

“The beginning of my project is the rediscovery of this sense of epiphany due to the landing in the awareness of approaching a boundary line between land and sea, permanently altered by signs and semiotics throughout almost 200 years of anthropisation.”