The Five Deeps Expedition is visiting the Earth’s most remote frontier: the deep ocean. It has successfully dived to the previously unvisited bottom of one of the world’s five oceans, studying oceanography and discovering new hadal-zone species along the way.

One cannot hope to protect and nurture the ocean until one understands it.

This is one of the motivations behind the Five Deeps Expedition, which aims to reach the most isolated points of the planet – the bottom of the world’s five oceans – in a manned submersible vessel, along the way contributing to the fields of ecology, oceanography, marine biology, and geomorphology. Indeed, the expedition’s motto is ‘In Profundo: Cognitio’, which means ‘in the deeps: knowledge’. It conveys the mission to expand human technology and increase our understanding of the world through the exploration of the largest, unexplored and most inaccessible places left on Earth.

On 11 April 2019 the Five Deeps team completed its third exploratory mission, to the deepest point of the Java Trench in the Indian Ocean, now measured at 7,192 metres deep. American former naval officer and undersea explorer Victor Vescovo piloted the DSV Limiting Factor, a Triton 36000/2 submersible that is currently the world’s deepest diving operational submarine, to the bottom of the trench. Unlike first-generation deep-water subs – bathyscaphes such as the US Navy’s Trieste, which were filled with lighter-than-water fuel to allow for buoyancy – Limiting Factor is constructed with glass bead-based syntactic foam. 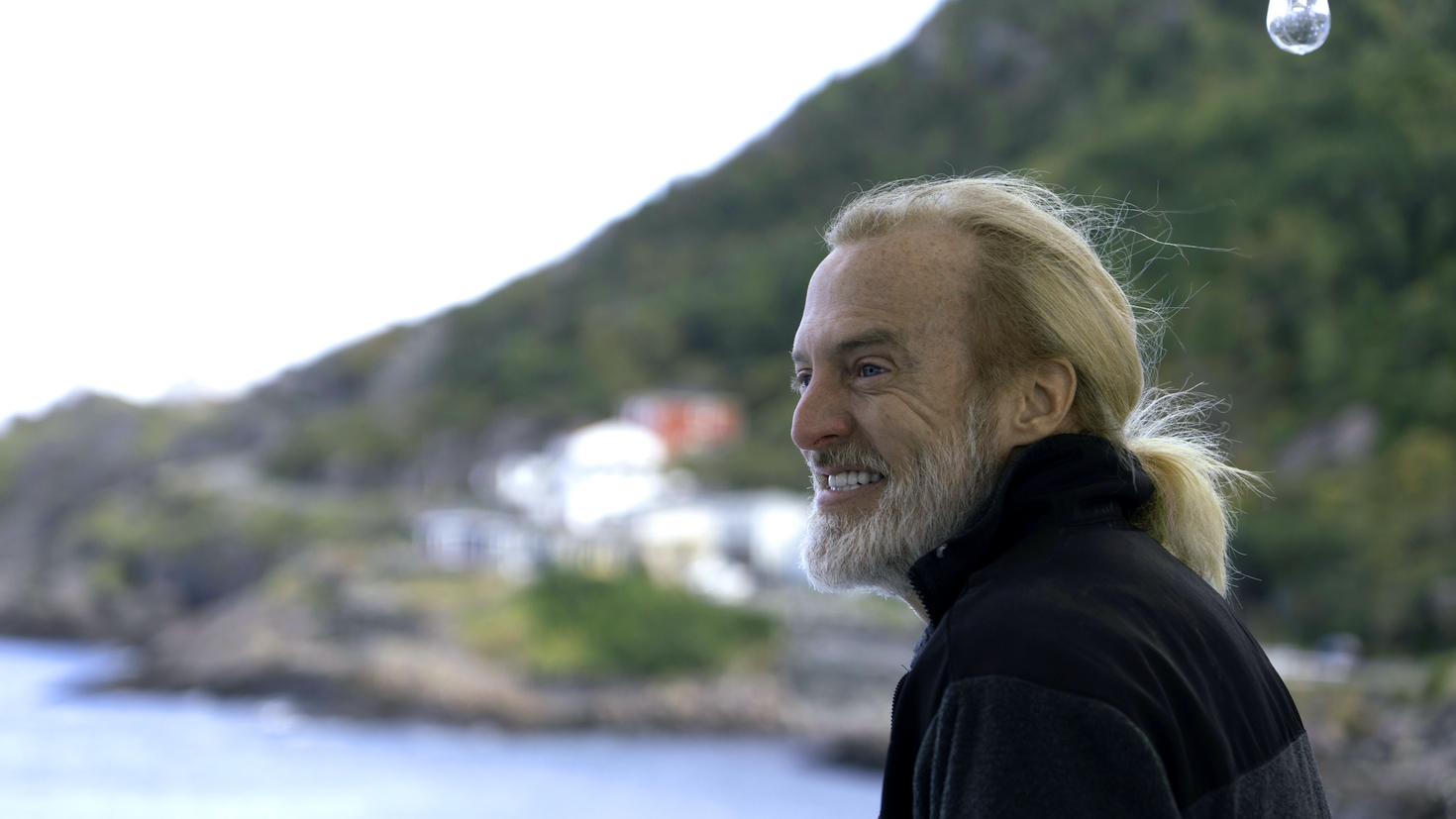 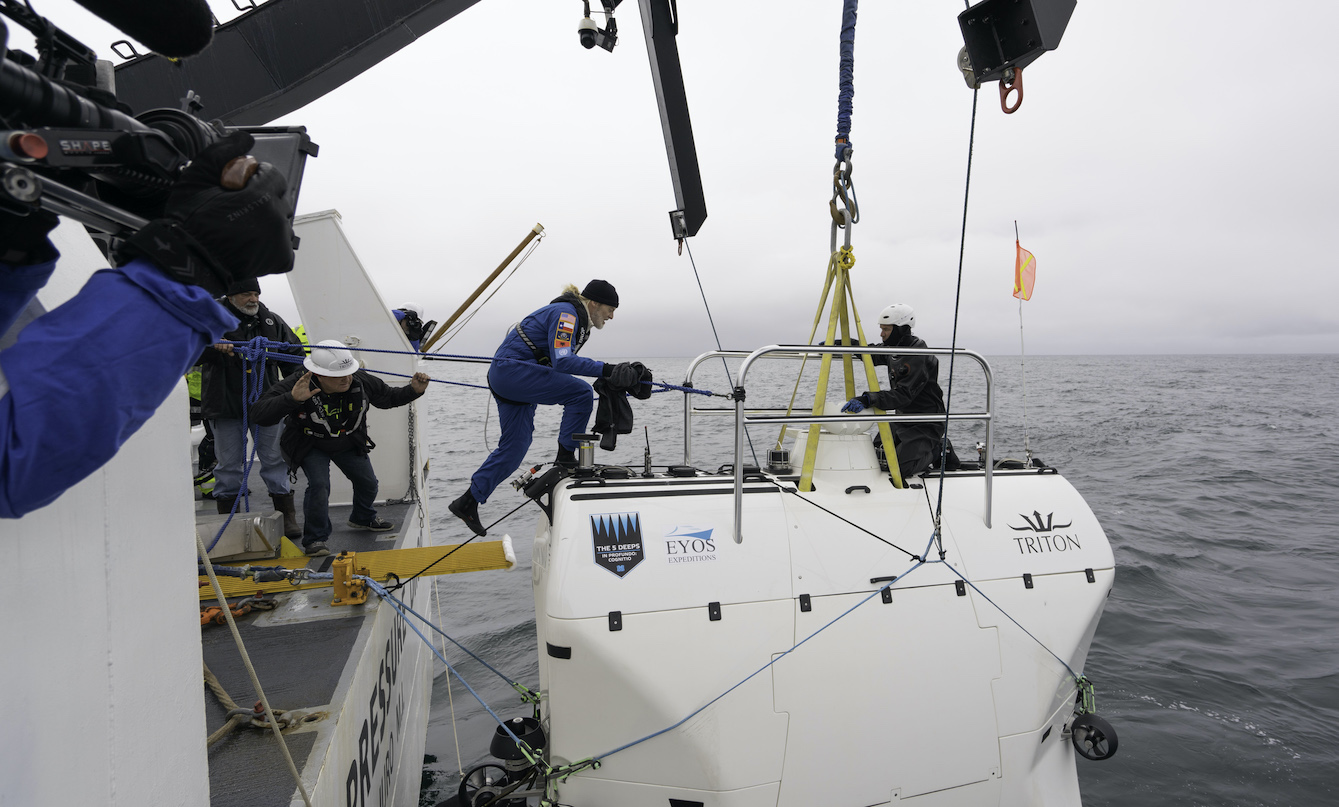 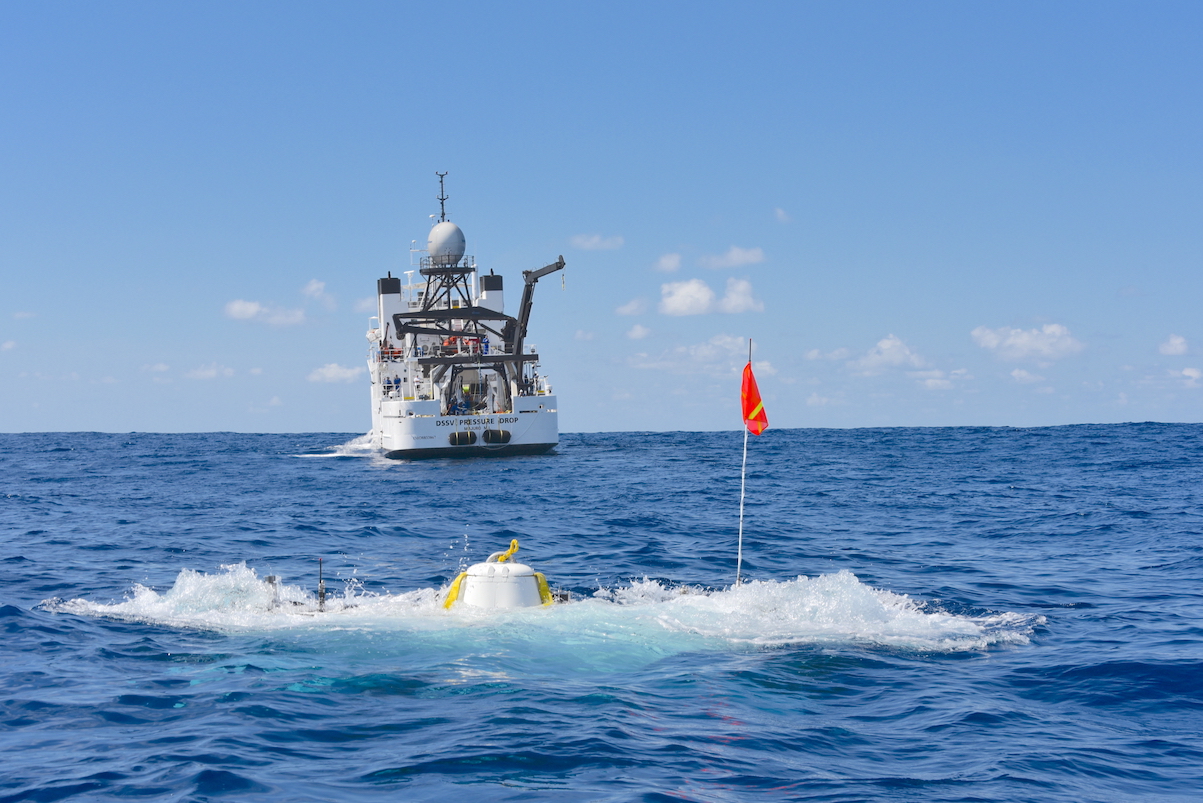 The material is durable enough to withstand enormous pressure as the sub descends thousands of metres beneath the surface, and it can do so repeatedly without developing significant deformation or stress fractures over time. The two-person control capsule is constructed in titanium alloy, and has space for a pilot and passenger with three viewports featuring full ocean-depth capable acrylic-based lenses.

Along with the pure glory of exploration, the dives have provided the 30-strong team with an unprecedented opportunity to sample life across a gradient of depths, temperatures, salinity, food supply and latitude, and in places around the world that were formed, split, or conjoined millions of years ago by the shifting of the Earth’s tectonic plates.

The hadal zone of the ocean, named after the realm of Greek mythological figure Hades, begins at 6,000 metres deep, and its 46 individual habitats form a cumulative 0.25 percent of the sea floor. Marine life decreases with depth, and studying the trenches’ organisms for biological adaptations to extreme environments has until now proven extremely challenging.

At the bottom of the Java Trench, the team managed to capture footage from the sub of what is believed to be a species previously undiscovered by humans. From the sub, a new species of hadal snailfish was observed amongst many other bottom dwelling organisms, and the landers observed an extraordinary gelatinous animal – thought to be a stalked Ascidian, otherwise known as a sea squirt – which does not resemble anything seen before.

“Among many other rare and unique observations, the stalked Ascidian was a really significant moment,” comments Dr Alan Jamieson, the expedition’s chief scientist.

“It is not often we see something that is so extraordinary it leaves us speechless.

At this point we are not entirely sure what species it was, but we will find out in due course. This,” he continues, “was a big moment for hadal science and really demonstrated the scientific capability of the submersible. It has now proven that we can now do more, and access more places, than with any other marine vehicle in the world – including remotely-operated vehicles – at these extreme depths.”

“Among other things, the Five Deeps Expedition has finally settled the debate about where the deepest point in the Indian Ocean is,” says Victor Vescovo. “Our Kongsberg EM124 multibeam sonar – the most advanced sonar currently mounted on a civilian vessel – provided detailed maps of the Diamantina Fracture Zone sea floor off the coast of Australia, as well as the deepest parts of the Java Trench. Together with physical visitation both from unmanned landers and with Limiting Factor, we believe we have built the most precise maps possible of the deepest places in the Indian Ocean.”

The deepest point, the research has confirmed, is in the central part of the Java Trench – not the east part as had been widely assumed. 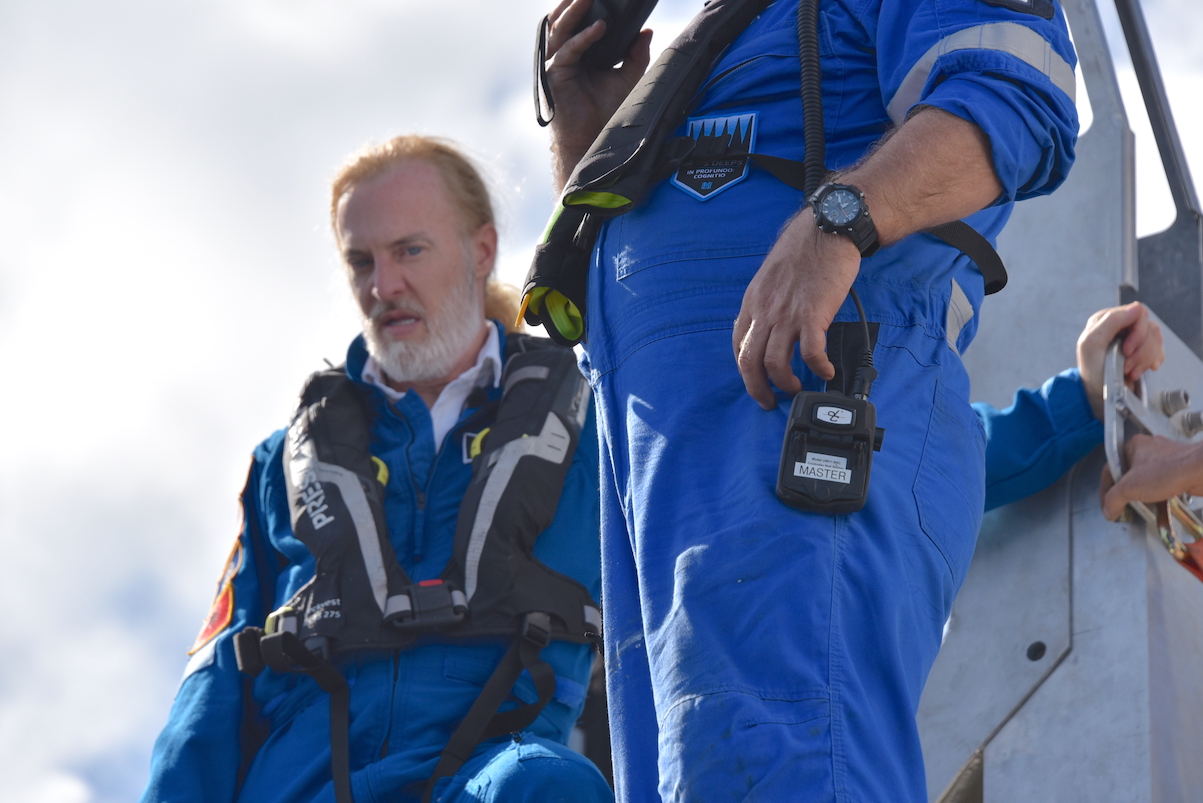 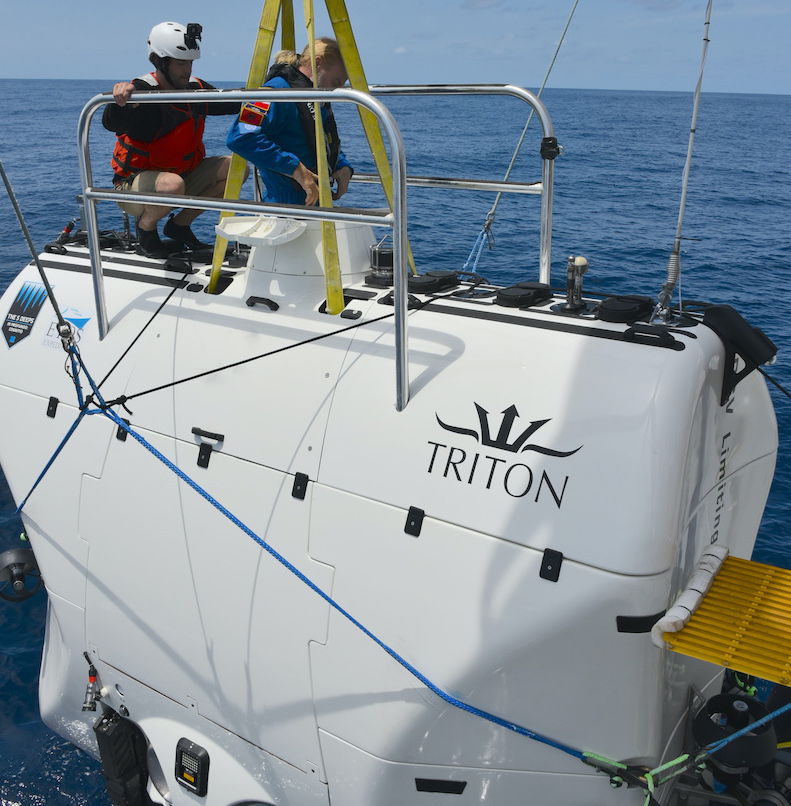 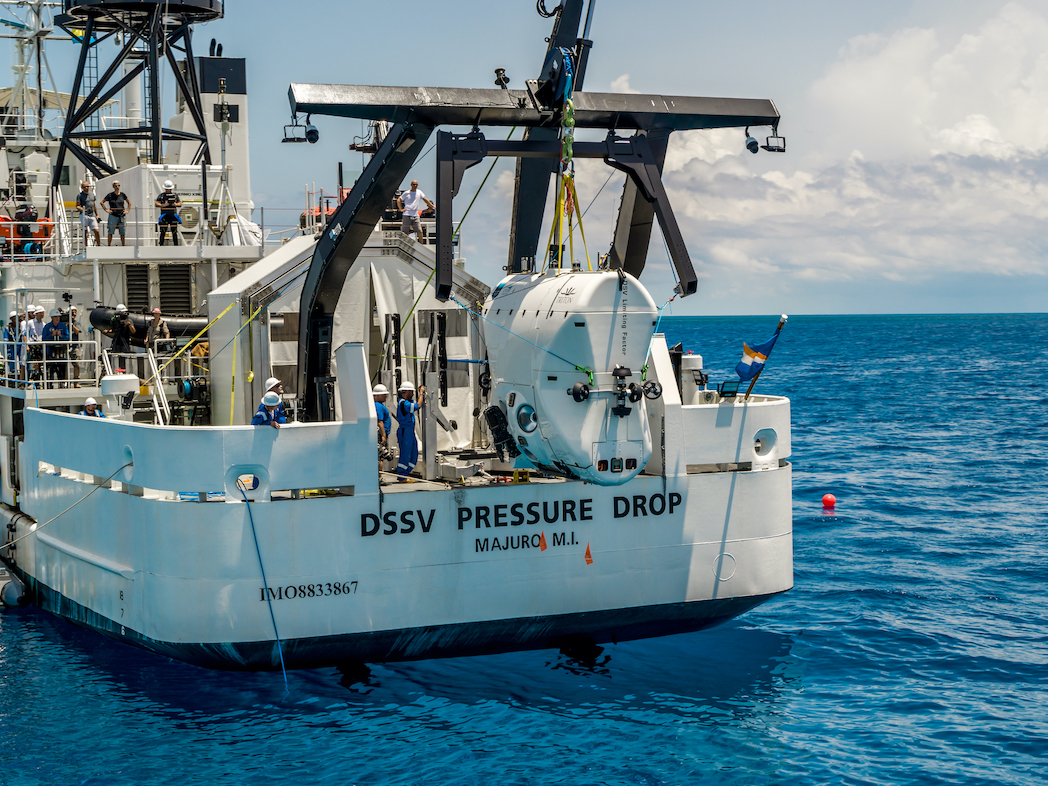 For Rob McCallum of EYOS Expeditions, the Java Trench exploration marks a significant change from recent expeditions. “The tropical waters of the Java Trench are in direct but very welcome contrast to our last dive in the sub-zero waters of Antarctica,” he explains. “Once again we have been able to obtain great quality bathymetry maps and then dive precisely at the deepest point. We know a lot more about the hadal zone of the Indian Ocean that we did a few days ago,” he enthuses, “so I am very proud of Vescovo, the team, and their contributions to ocean science.”

“Triton is proud to have supported Vescovo as he became the first person ever to visit the deepest point in the Indian Ocean,” adds Patrick Lahey, co-founder of Triton Submarines. “This accomplishment serves to heighten interest in, and awareness of, our oceans as well as highlight the importance of a human presence to bear witness to the beauty of these remote areas of our planet.”

The data generated by the expedition’s sonar mapping and sample-collection mission will contribute to the Nippon Foundation – GEBCO – Seabed 2030 Project to map the world’s seafloor in detail by the end of the year 2030. In addition to the mapping mission, the Five Deeps Expedition is also studying water temperature and collecting biological samples of scavenging crustaceans – known as amphipods – from a depth of 7,010 metres. These will then be genetically analysed at Newcastle University, UK, to examine the role of fracture zones in evolution.

After travelling 47,000 miles and completing 39 dives, the Five Deeps Expedition has reached its successful conclusion: the first manned descent to the bottom of each of the world’s five oceans. Numerous other firsts have been made, including the world’s deepest manned dive in history, to a new record 10,925 metres at the Mariana Trench’s Challenger Deep, as well as the first submersible and pilots to repeatedly dive to the bottom of the ocean.