Dutch yacht builder Feadship has completed its fastest ever new build project at its facilities in Aalsmeer, 35-metre M/Y Letani, it has announced. Just days past the two-year mark for the project, it is a remarkably short build period for a custom superyacht.

The reduced build time was in no small part due to the owner’s co-operation and strong collaborative attitude among the key players of the project, said Feadship Director Bas Nederpelt, who went on to thank owner’s representative James Hutchinson and the project manager from the yard, Peter de Vries.

Letani is one of a number of recent builds from the prominent Dutch yard that has been built for Asian clients, many of which could be classed as ‘pocket superyachts’, in the smaller end of the range that is usually seen appearing from the company’s building sheds. The aluminium yacht has an overall length of 34.65 metres and a maximum loaded draft of 1.80 metres.

The Asia-resident owner of Letani is one of the youngest clients to have worked with the shipyard, Feadship said, and the design of the yacht has been specifically created to navigate the shallow waters and smaller marinas in the Indian Ocean and Asia, as well as Europe and Scandinavia. Although the owner was keen to make the most of cruising in shallower waters, he still wanted to enjoy the kind of build quality found at Feadship, said the yard. 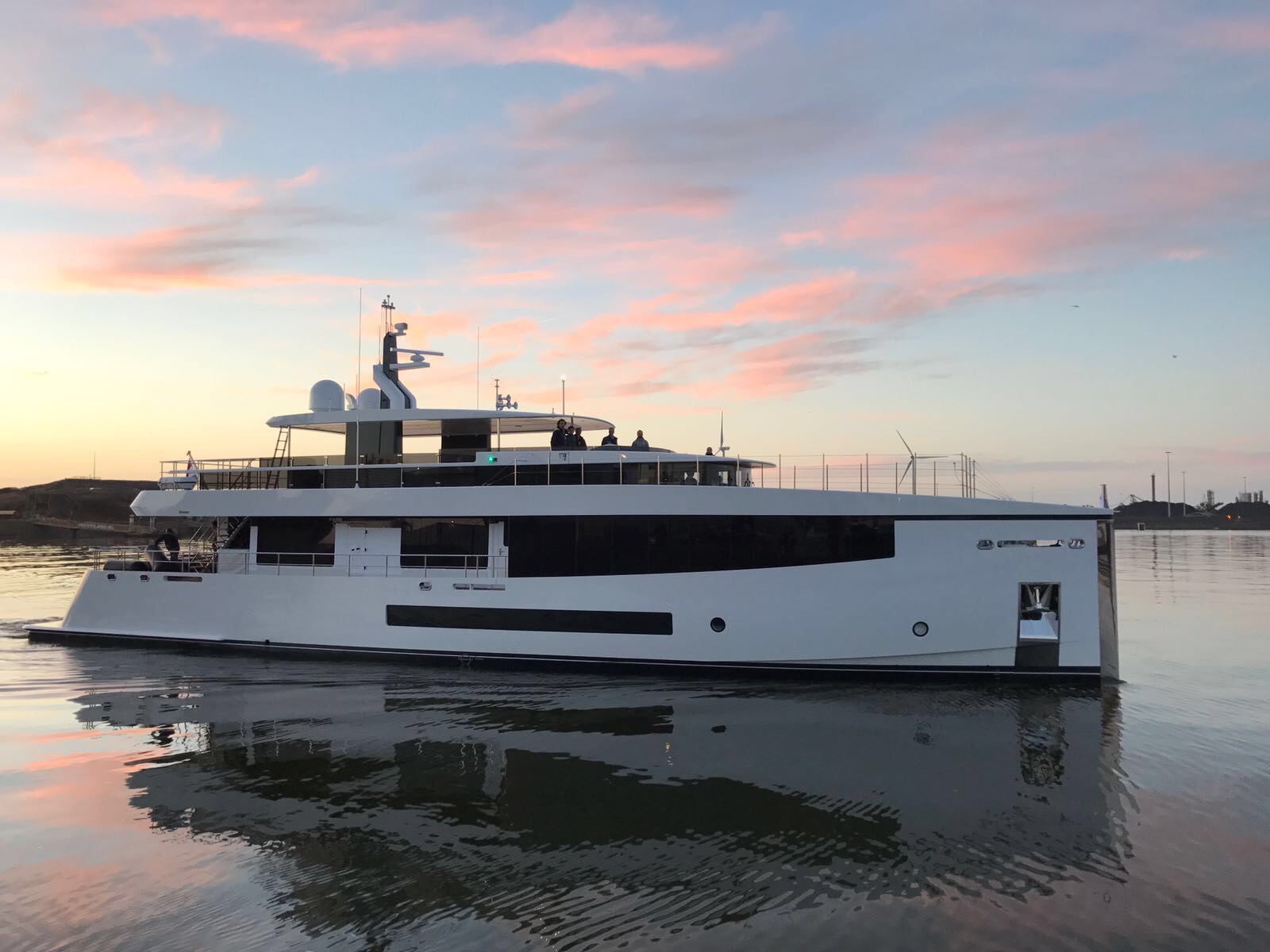 The yacht’s striking vertical bow, open decks and large windows provide a modern and sleek look for Letani. Having been a longstanding admirer of the yard’s work, the owner said he was thrilled to finally be stepping on board his own Feadship yacht.

Every time I [saw] a Feadship come by I had two feelings: one, ‘that’s a very special yacht’ and two, ‘I want to get off my boat and step on the Feadship’… the only bad news about this launch is that we’ll miss our visits to the shipyard… We’ve felt part of the family from the keel laying ceremony onwards and building a Feadship has been a wonderful experience,” the owner added.

The yacht’s interior design work was provided by Sinot Exclusive Yacht Design in collaboration with Studio Liaigre to give a “warm, comfortable and liveable apartment-like interior with clean and minimal detailing”. Interior finishes include smoked eucalyptus, deep smoked and washed oak flooring and veneered wall panels. There is accommodation for up to eight guests in an owner’s stateroom, a full-beam VIP suite and two convertible guest suites. The yacht is expected to reach speeds of up to 20 knots and have a range of 3,200nm at 10 knots.