When Hanseatic Marine, as it was known back in 2003 at the start of its story, first revealed its first yacht, the striking 73.5-metre Silver (now named Rabdan), it was striking for a number of reasons.

Prime among these was the choice of naval architecture – a long, narrow hull that promised high efficiency, great performance and long-range cruising capability but, many said, at the expense of interior volume.

German industrialist and yard founder Guido Krass, however, knew that the trade-off in GT would be more than made up for in GT performance.

So too did iconic yacht designer Espen Øino, who has worked with SilverYachts from the very beginning.

The results speak for themselves, and SilverYachts – as the brand became known in 2014 – has built a succession of successful and admired yachts that adhere to the sleek and efficient philosophy while adding every luxury that an owner could desire.

Silver Edge is the latest in that line, and it comes in on the heels of (and aptly named) Bold, the 85-metre, military-styled explorer that was launched to wide acclaim in 2019. 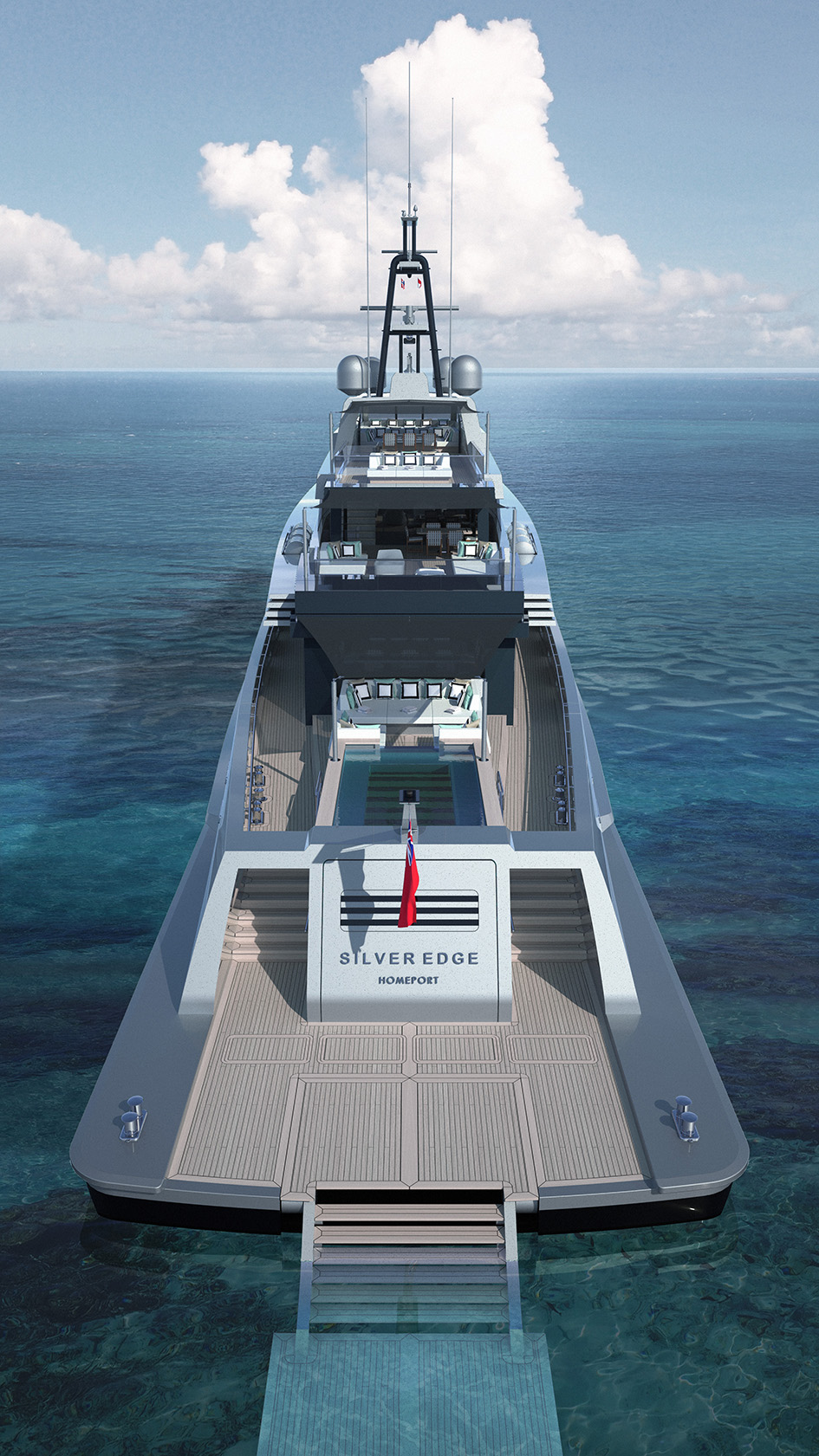 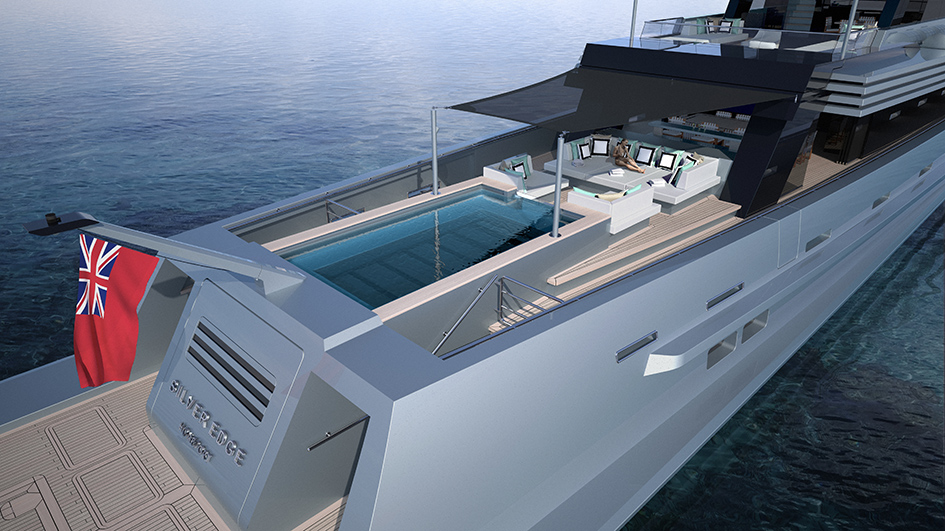 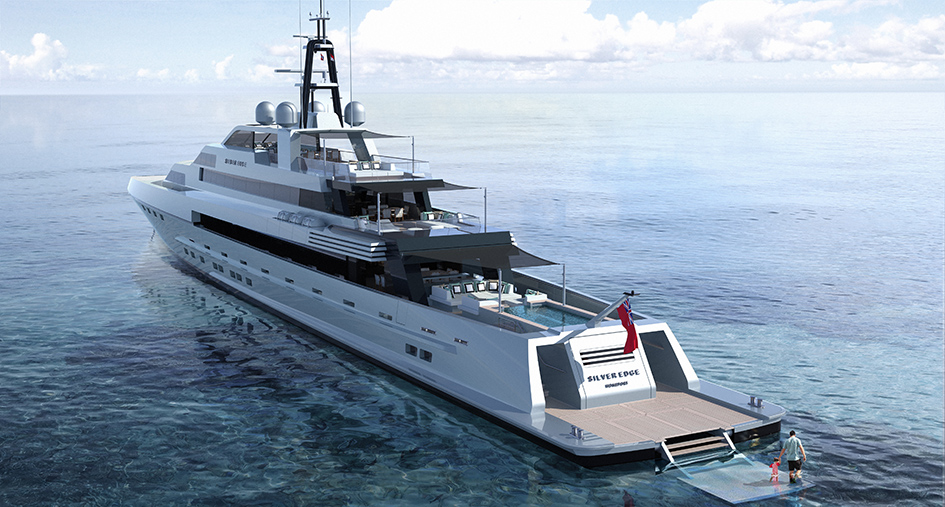 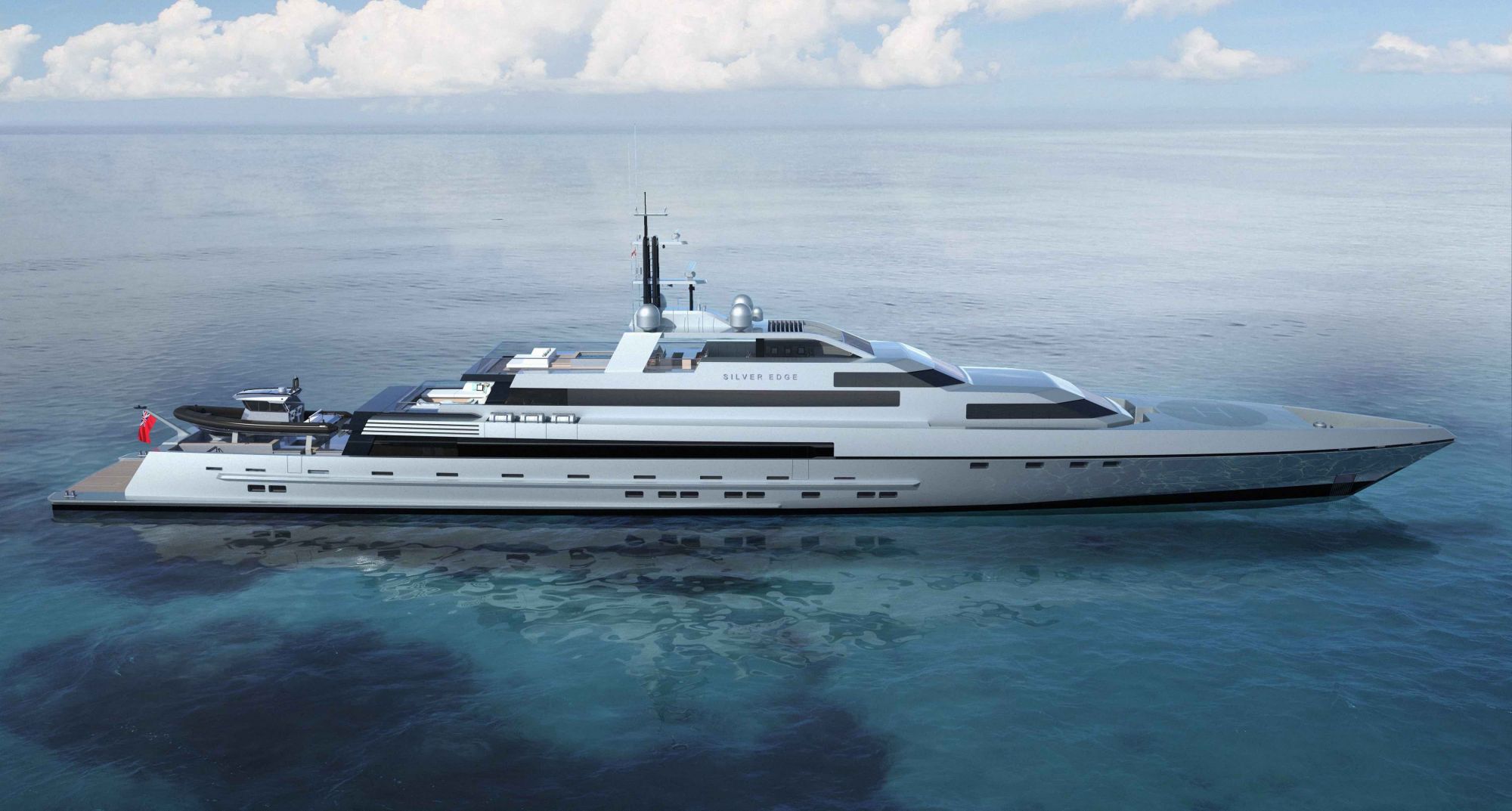 Silver Edge has a 5-metre long swimming pool on the after deck, though once underway, a crane lifts the 9-metre tender into place for extended passages.

Silver Edge may not have quite the statement architecture of Bold, but she does hold true to the Silver principles.

Her beam comes in at 10 metres, and her twin MTU 16V 4000 M73L engines will deliver a high cruising speed and transatlantic range. The draft will be in the region of 2.8 metres – perfect for sneaking into those tropical shallows.

While SilverYachts aims for lightweight construction, that’s not to say owners will be short-changed on features. Silver Edge will offer her lucky owners accommodations for 18 guests in eight cabins, including a 95-square-metre owner suite, three VIP ensuite cabins, and four generous guest ensuite cabins. There is also space for 17 crew.

The yacht will offer a forward toy garage with gull wings doors that will house those leisure essentials, and she will also carry a 9-metre tender and a 7-metre RIB.

Her entertaining spaces include a glass-enclosed winter garden on the main deck with dining area and the all-important bar, while the main deck aft will house a 2.8- by 5-metre swimming pool with a glass bottom that will deliver light and glorious reflections to the lower deck beach club and lounge.

The beach clubhouses both a gym and extensive watersports and dive store, and the aft swimming platform submerges for easy access to the water.

If you’d rather relax with a cocktail and a view, the sun deck offers a bar, sun lounges and a spa pool – and a view forward to the touch-and-go helipad so you can see who is arriving by helicopter.

Last but not least, there is dedicated wine storage on board – this is clearly a yacht with intent.

SilverYachts has come a long way since Guido Krass made those first bold moves in 2003, and the yard – based in Henderson, WA – has become an international signpost to the quality and innovation found in Australian engineering and yacht building. In that sense, this latest offering remains at the cutting edge not just for the yard, but for a marine industry that is starting to make its mark on a global stage.