The fifth hull of the Horizon FD80 model will soon be delivered to a first-time owner.

Between the owner/operator-capable FD75 and the voluminous FD90 models, the Horizon FD80 has carved its niche among active yacht owners who appreciate the model’s four-stateroom layout and ample deck areas for lounging and entertaining.

Sold during construction to a first-time yacht owner, this latest FD80 will be named Parabolicand features an enclosed skylounge configuration with a full-beam master stateroom on the main deck and three guest cabins on the lower deck, with crew quarters for four and a beach club situated aft.

Plentiful deck areas distinguish the FD80 from any competition, and the owner of Hull 5 customised the upper deck layout to accommodate two jet skis on the boat deck aft, along with a six-person jacuzzi with counter seating and a bar area.

The foredeck is fitted with a large sunpad and U-shaped seating with dinettes for enjoying the view at anchor. A large dining table for eight occupies the main deck aft, while additional dining can be enjoyed at the convertible dining table in the main saloon. 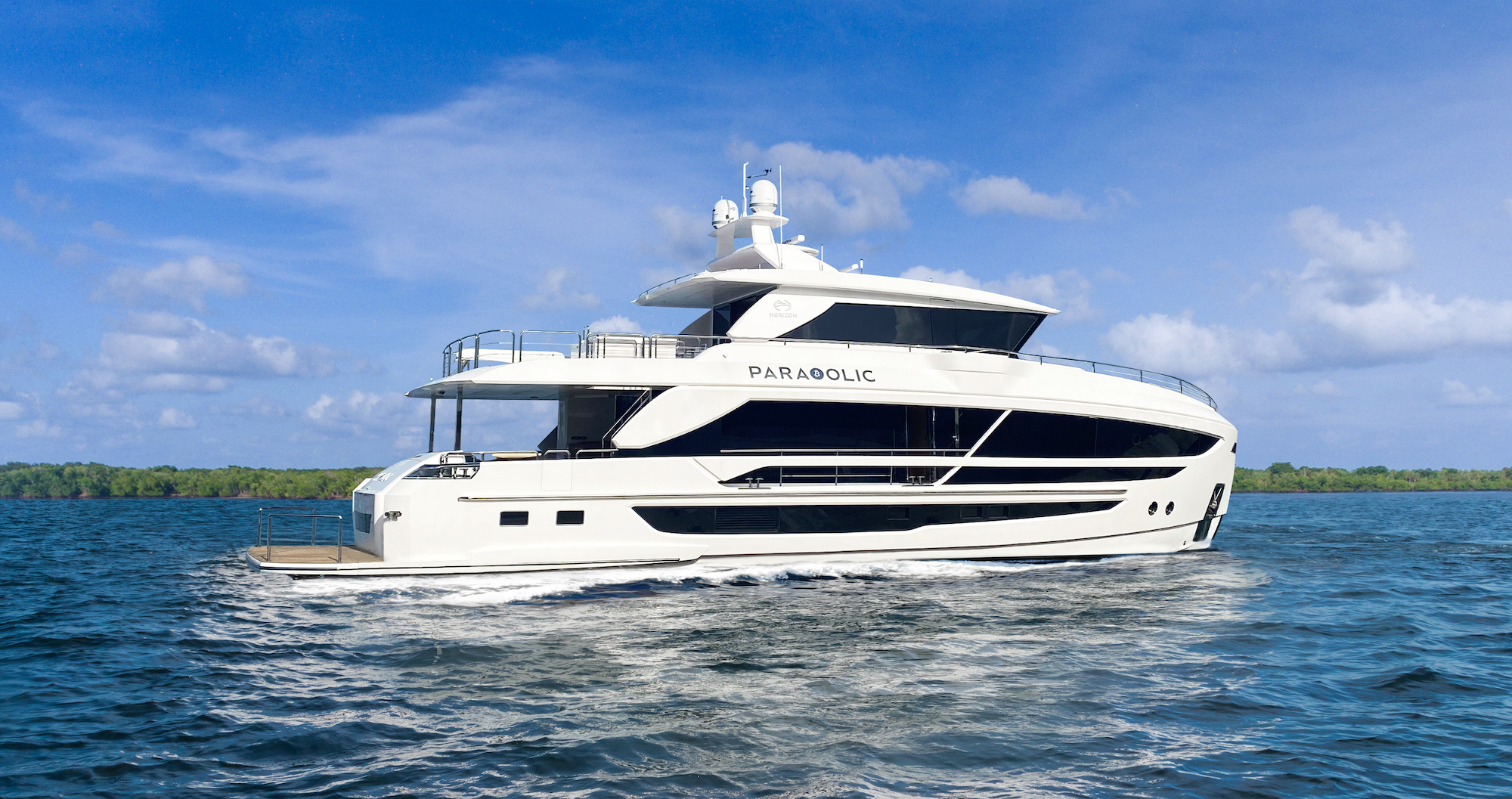 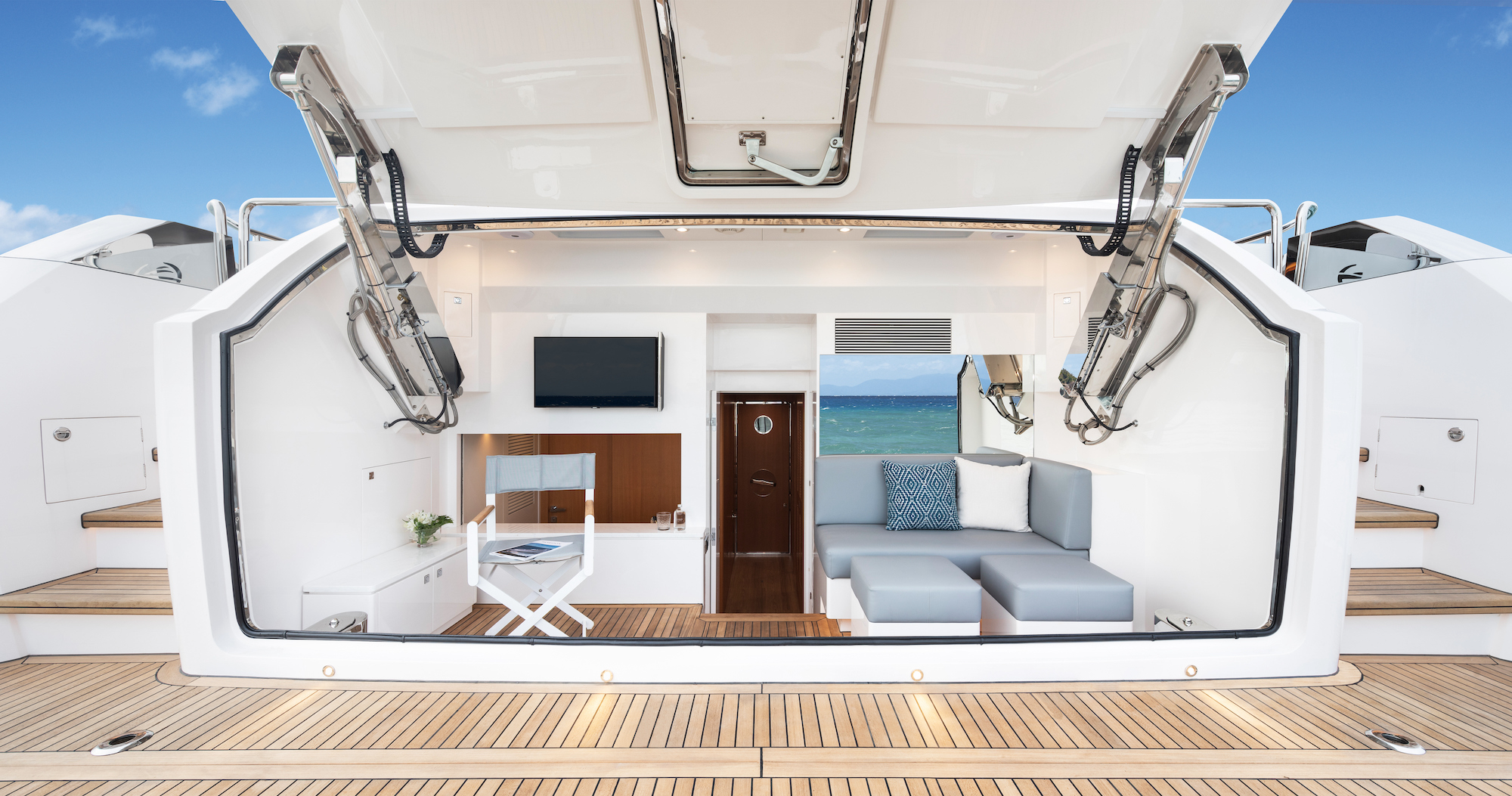 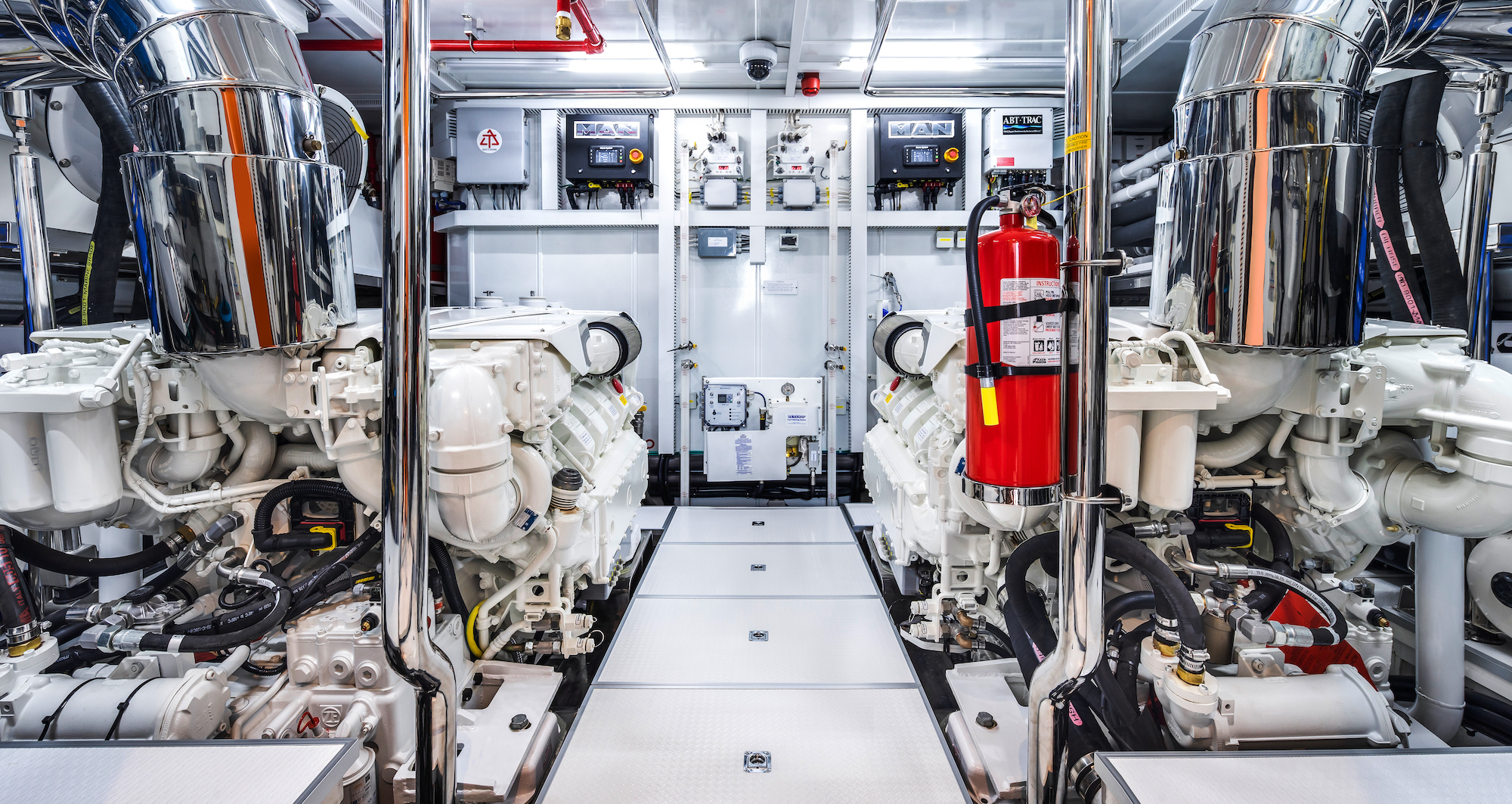 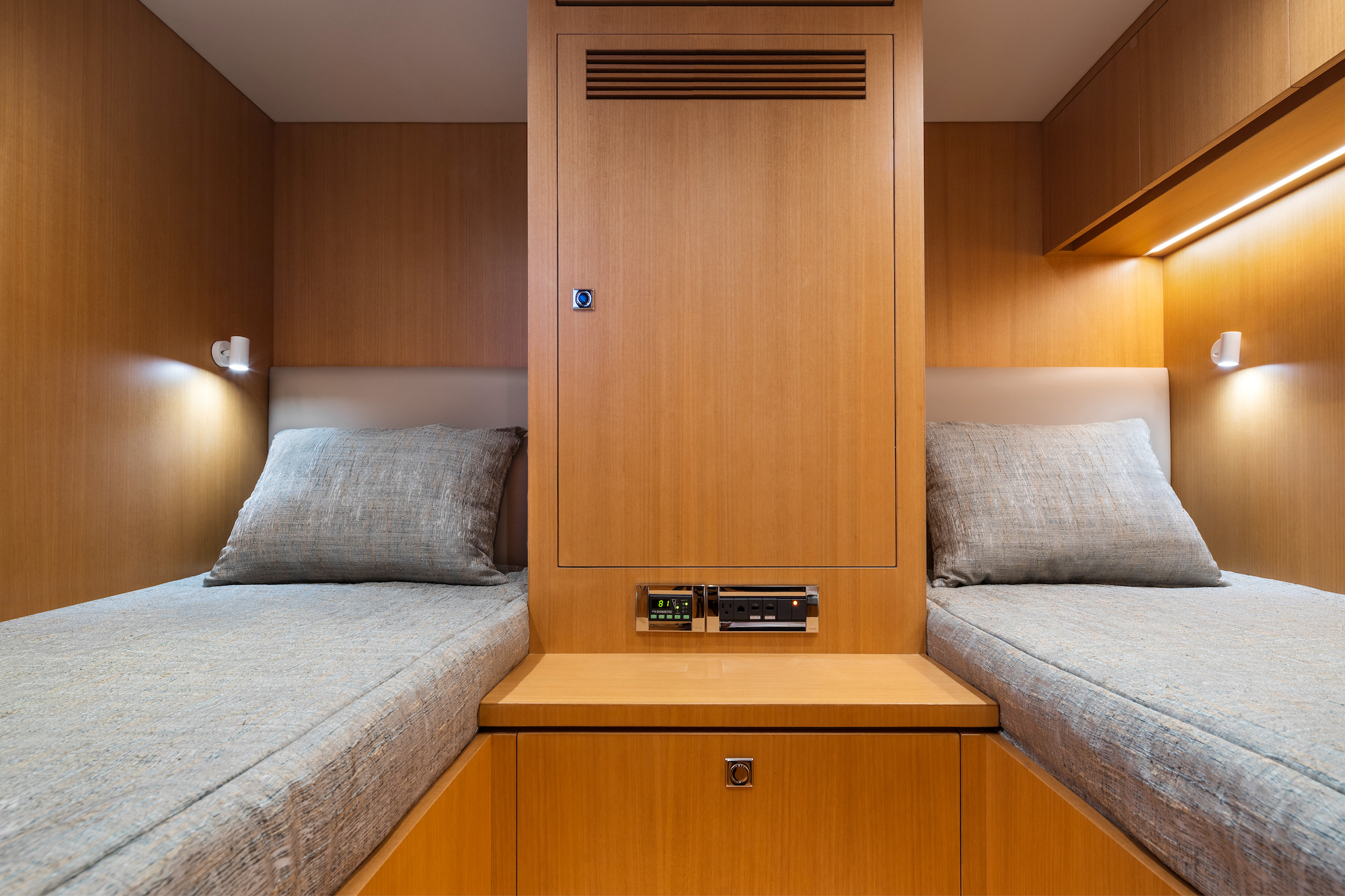 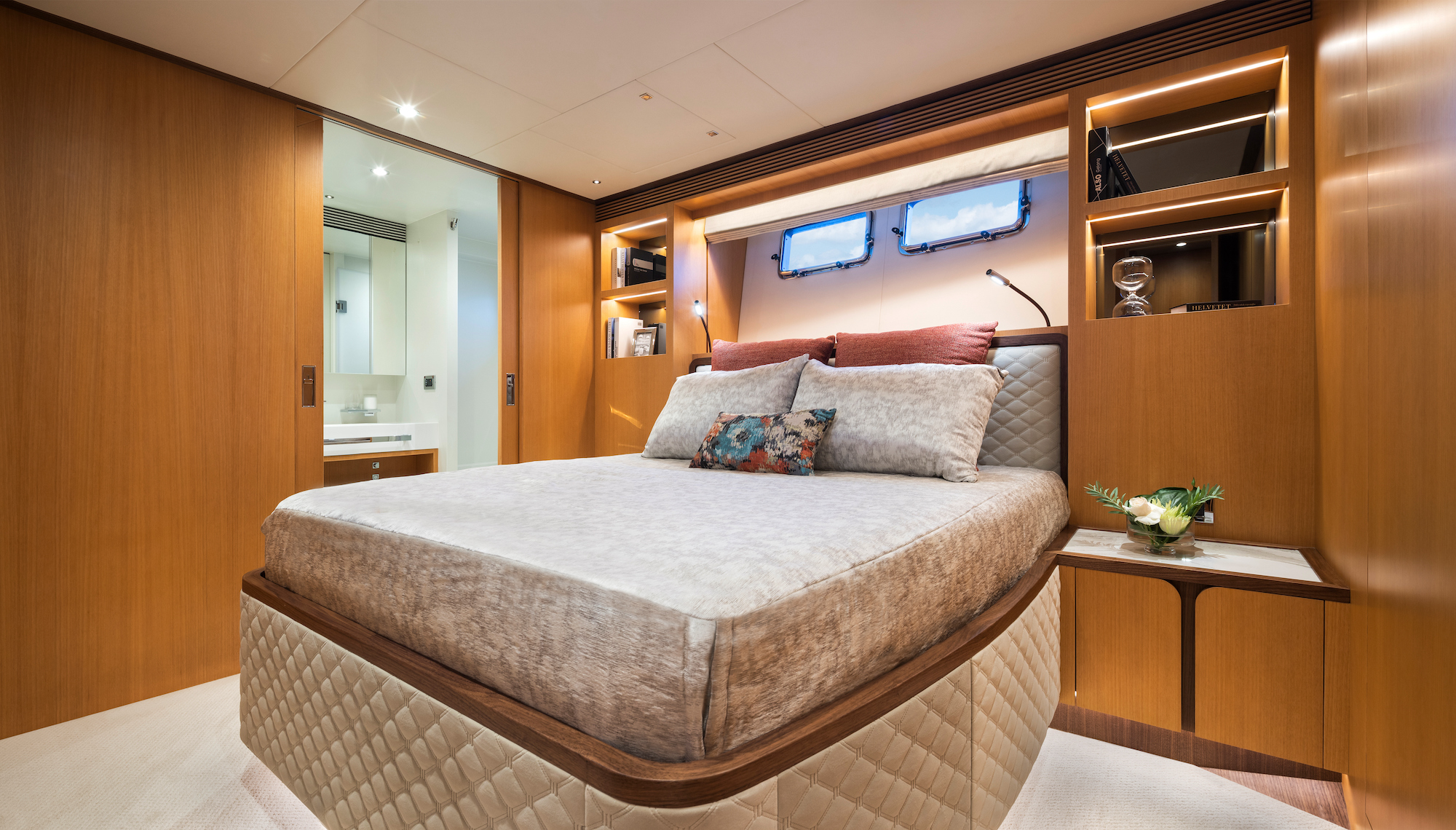 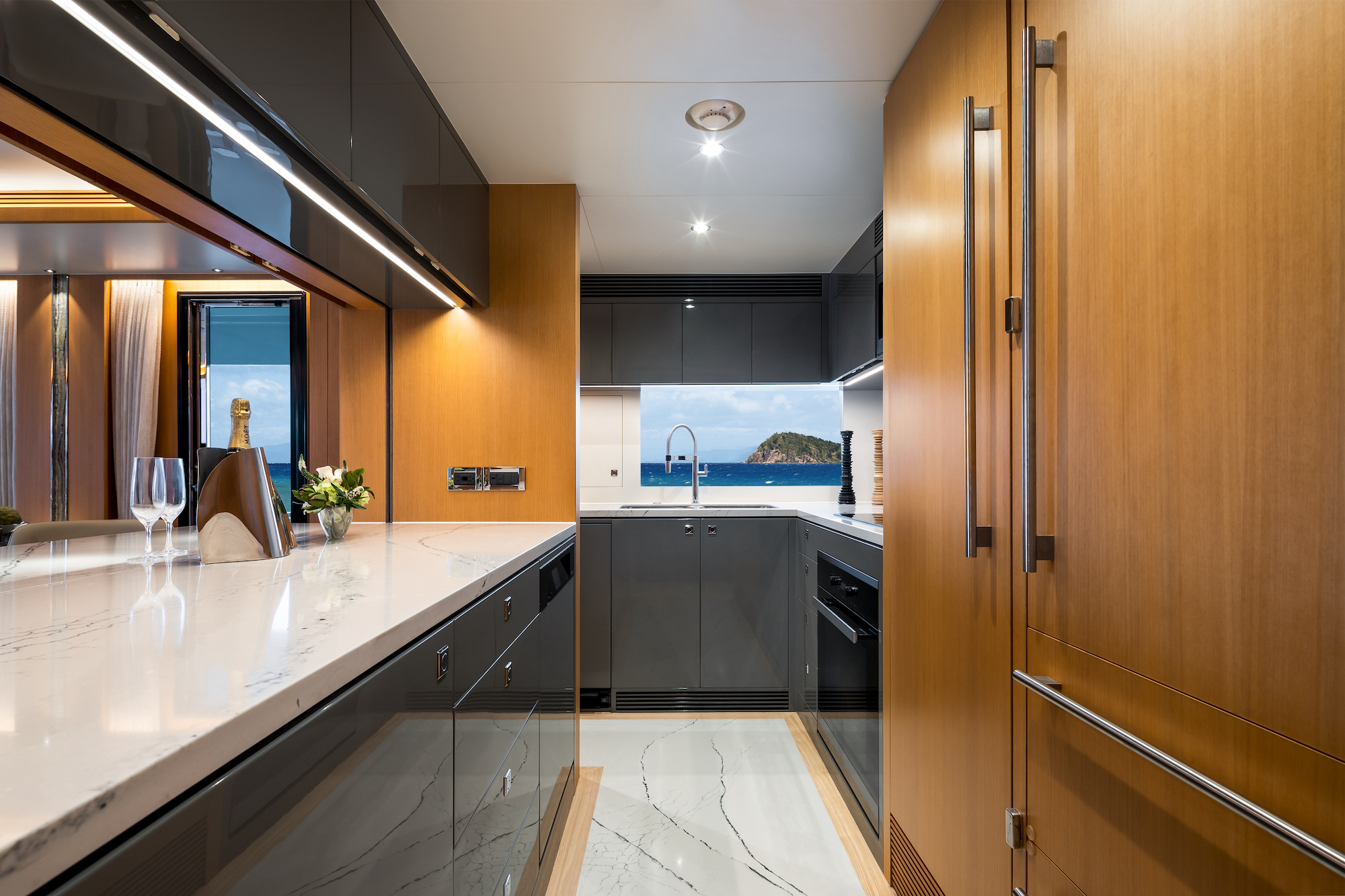 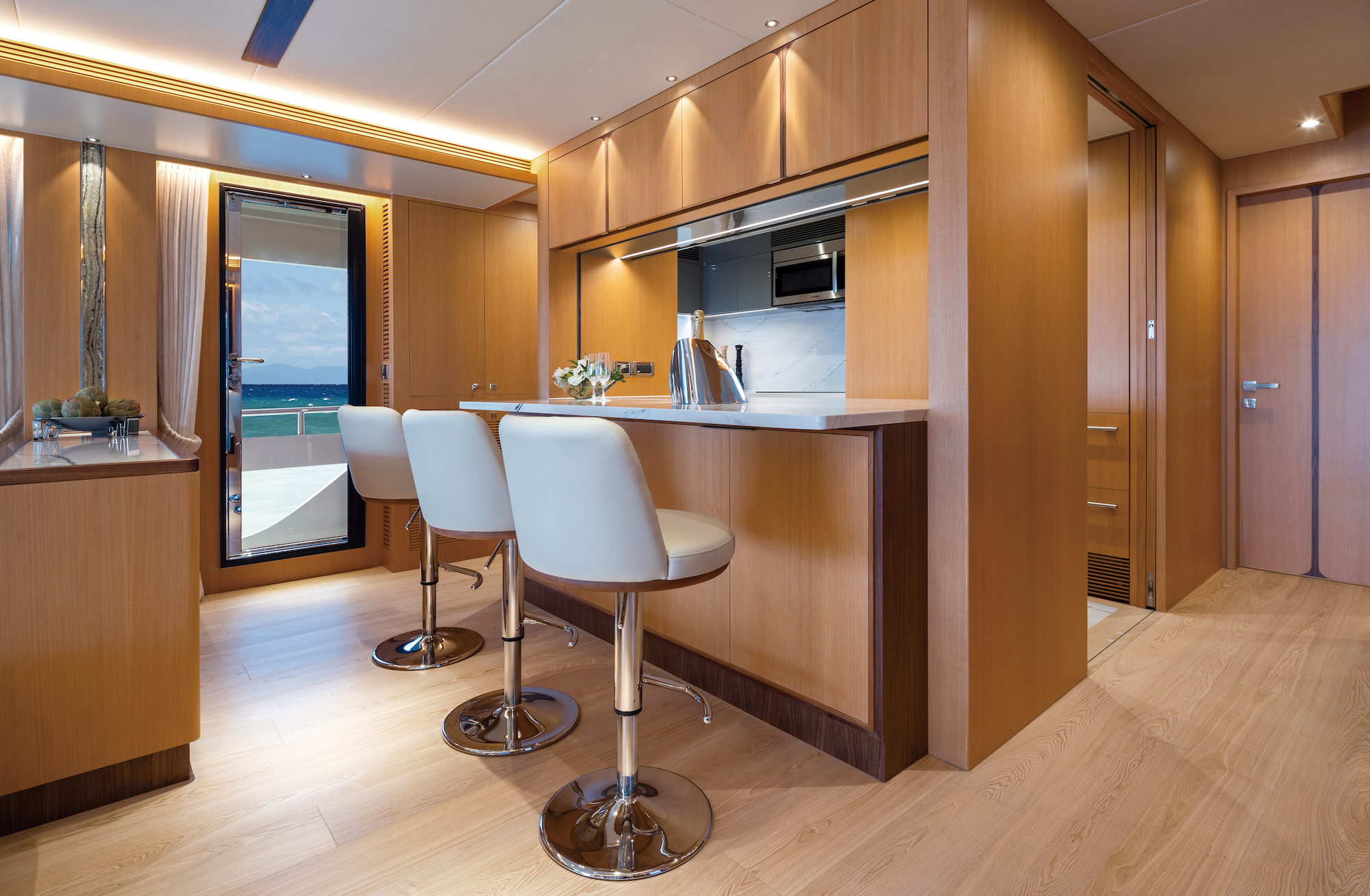 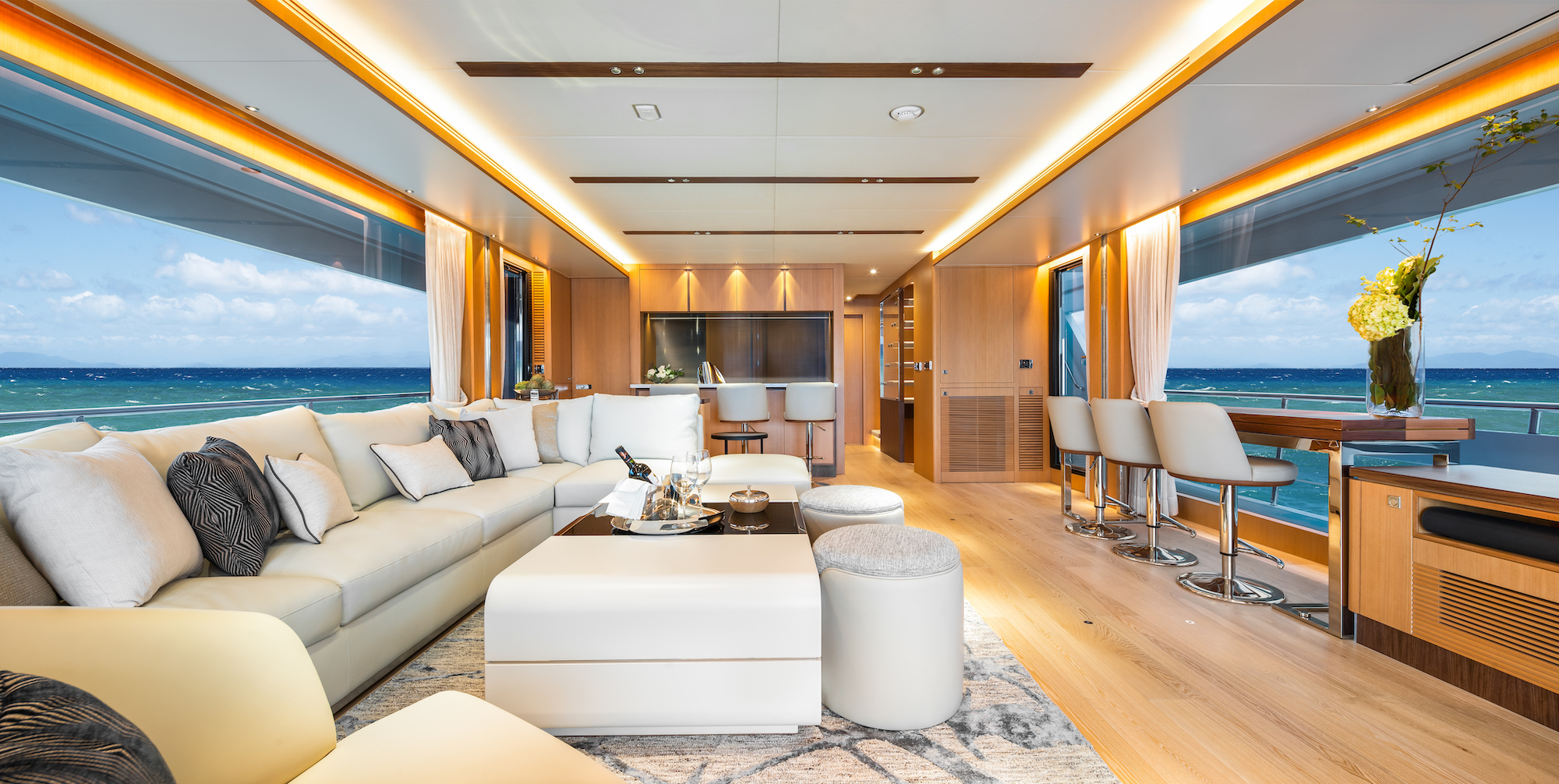 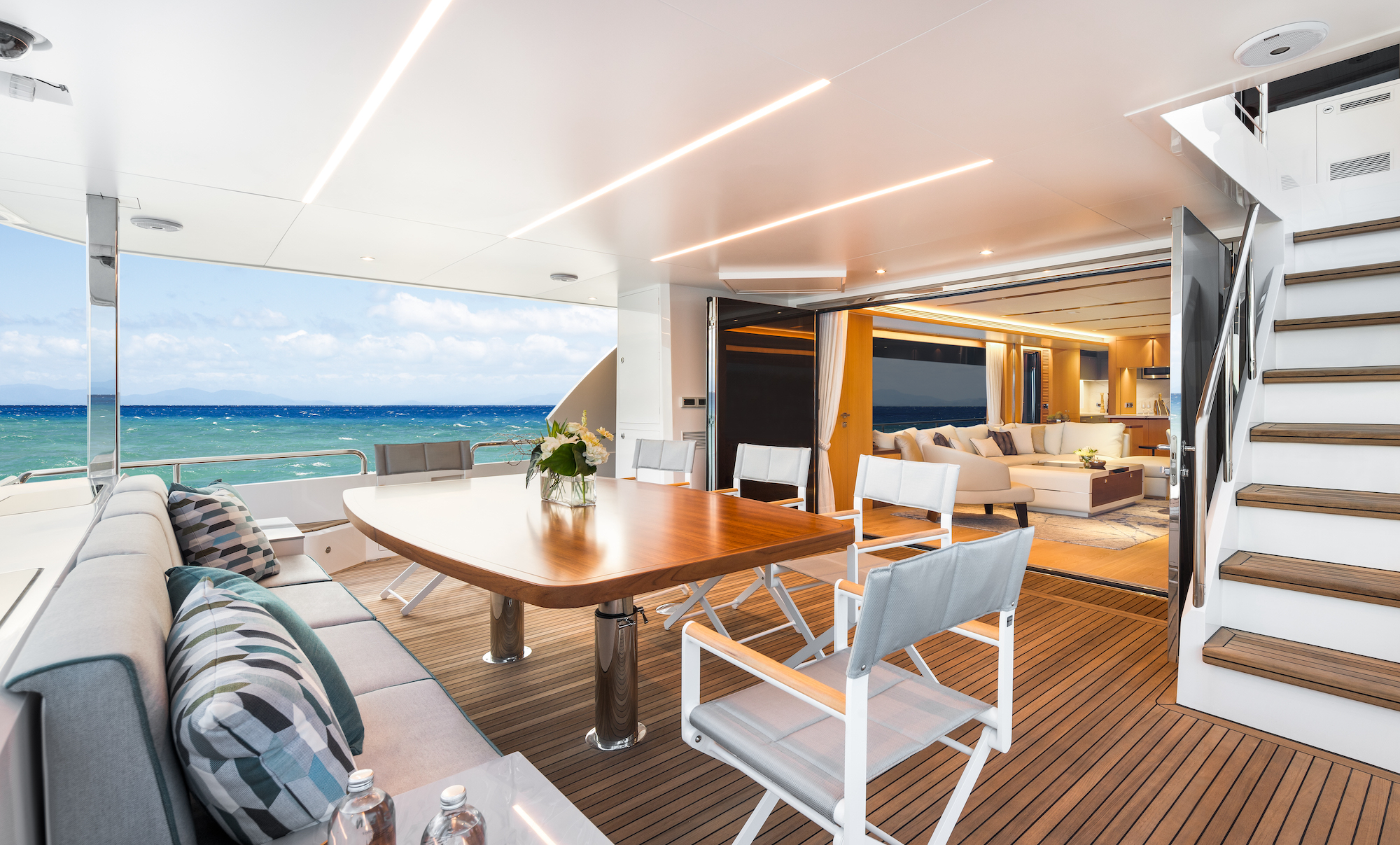 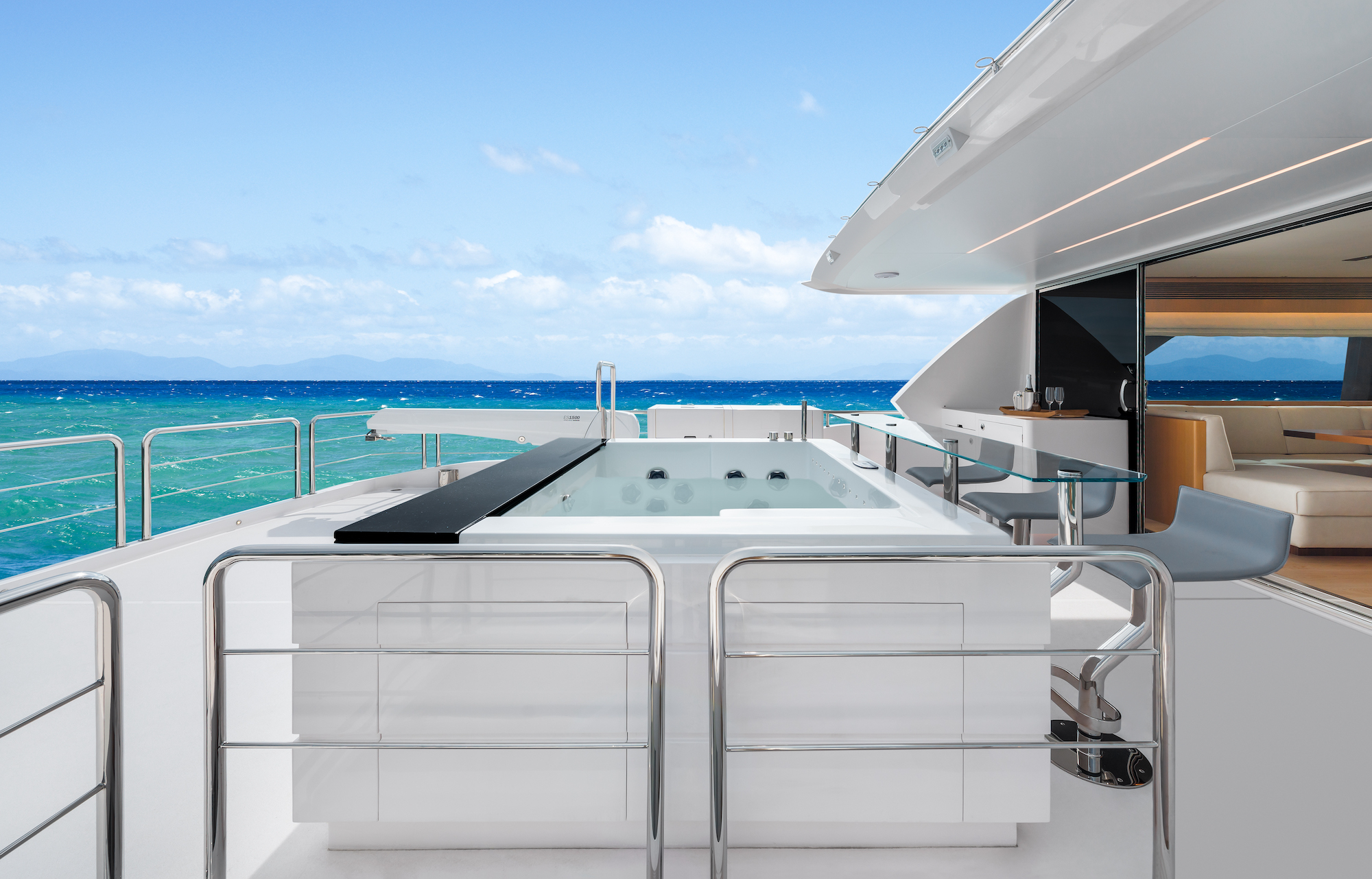 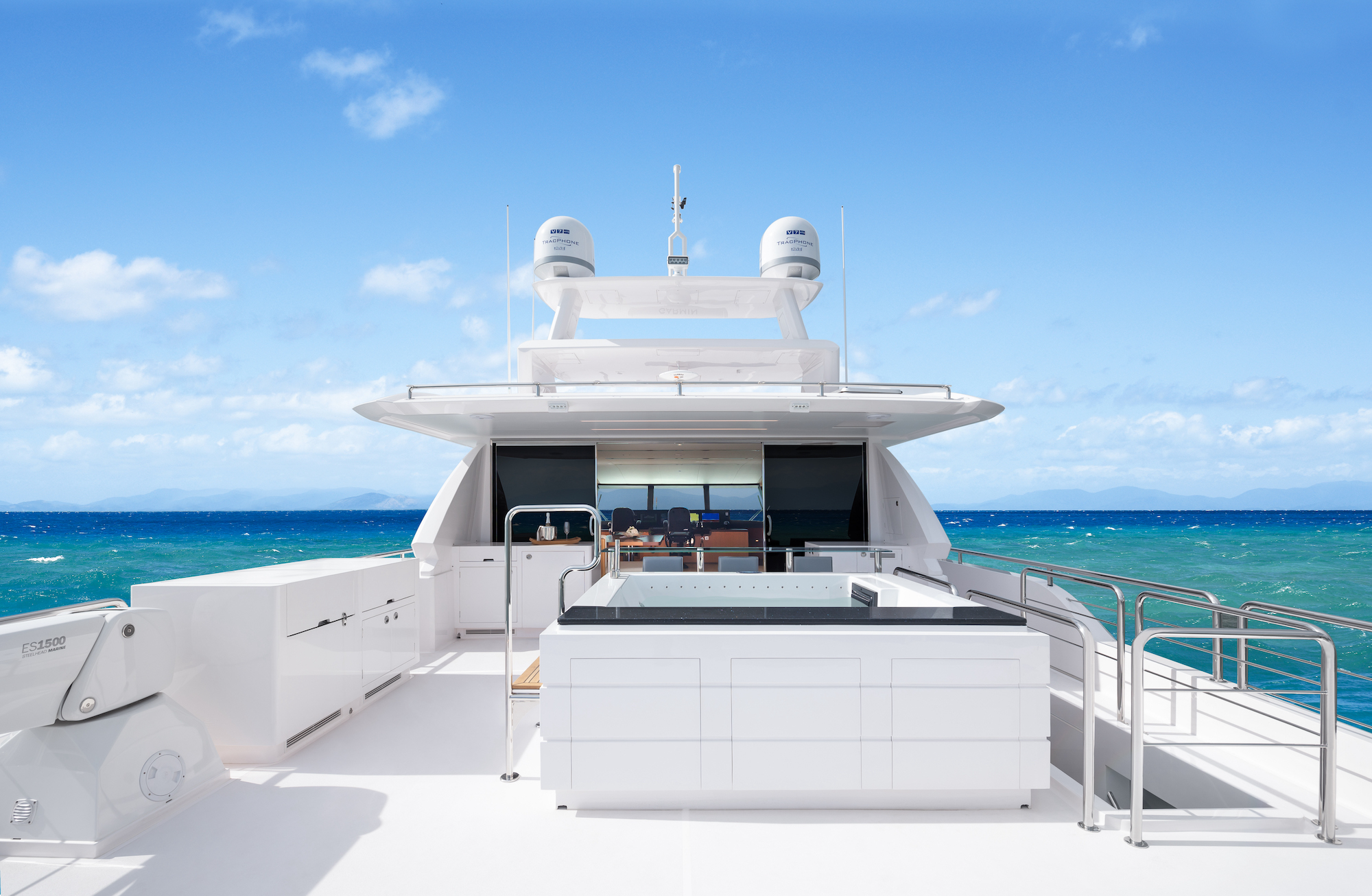 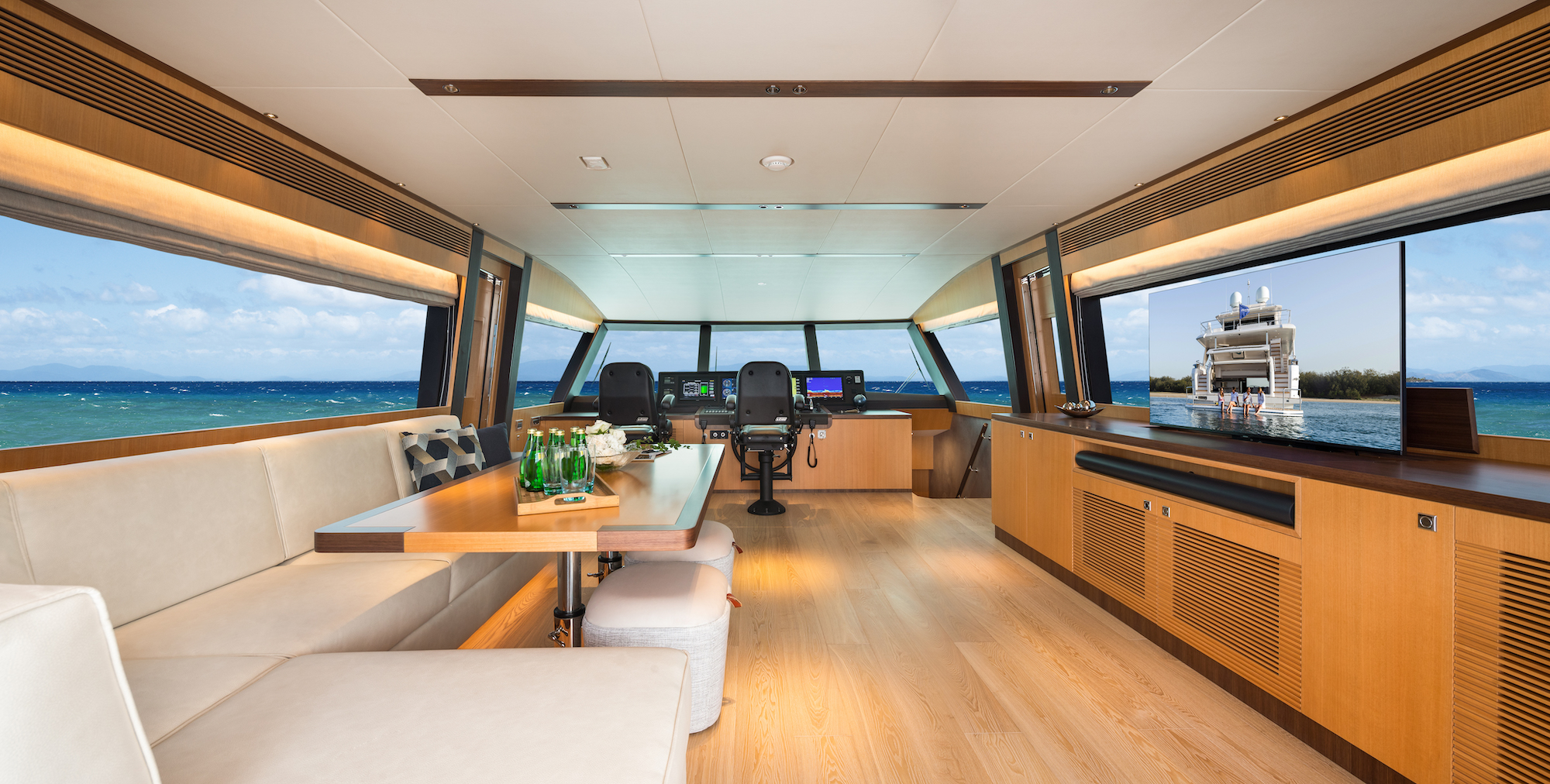 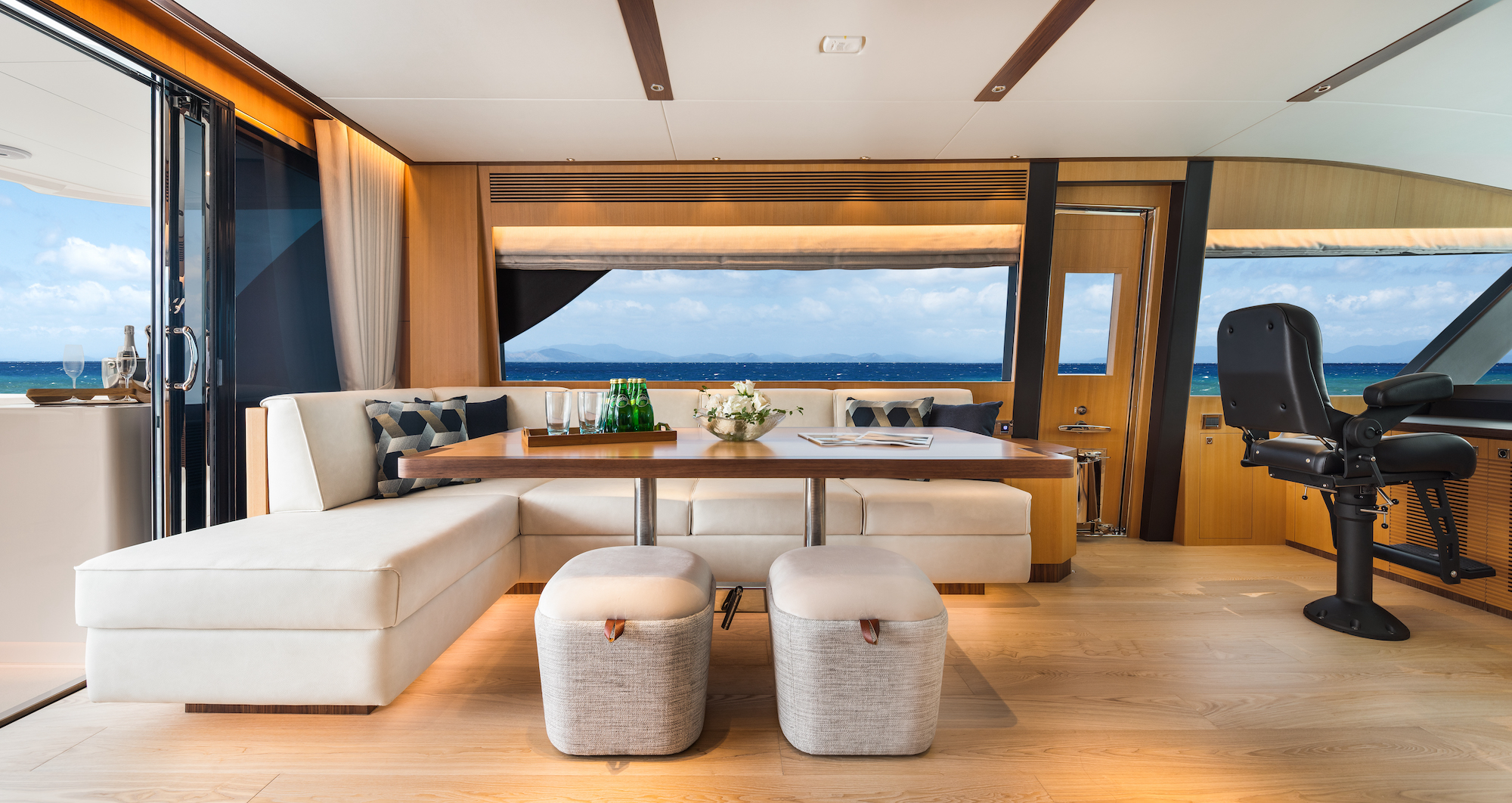 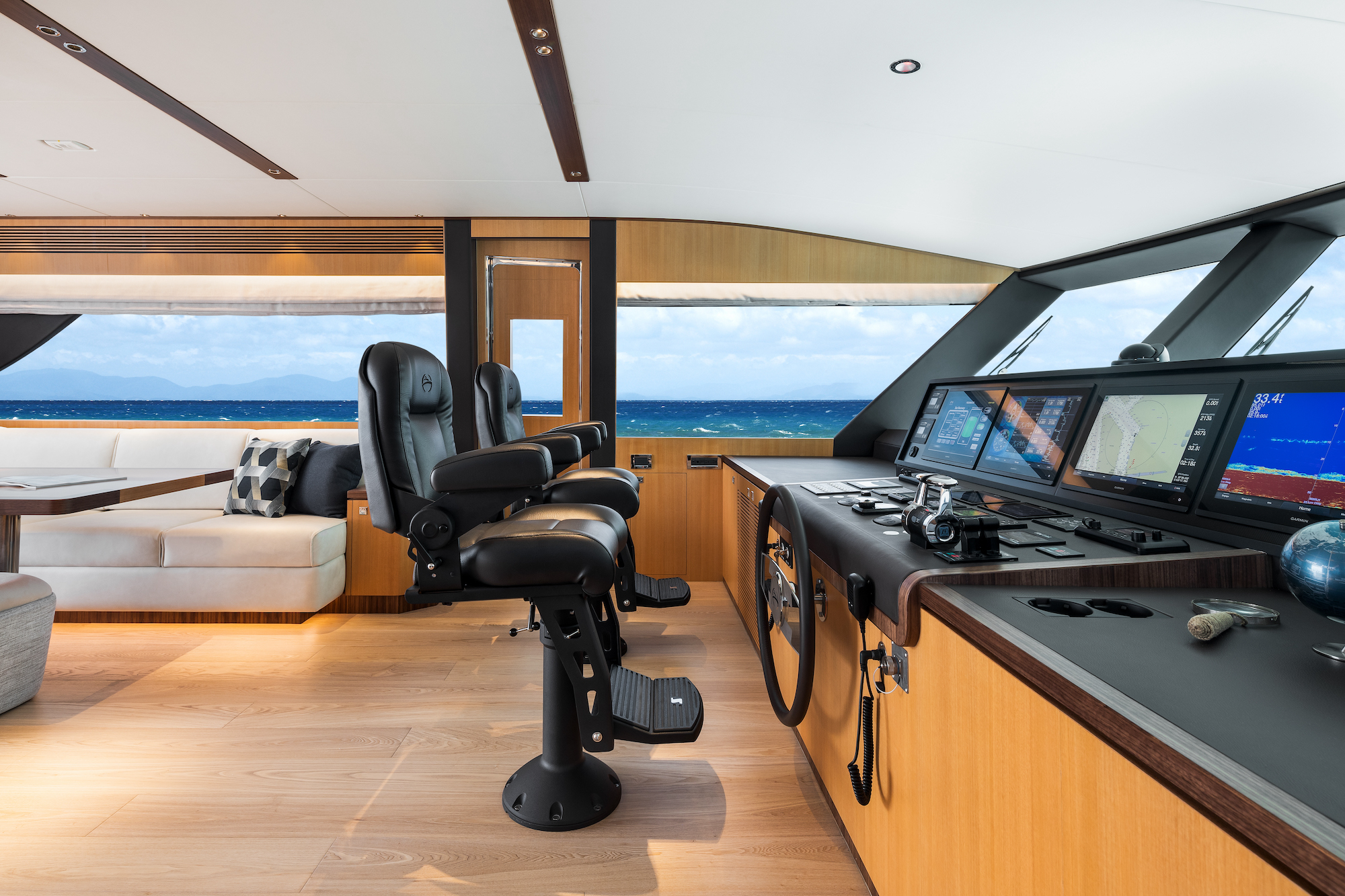 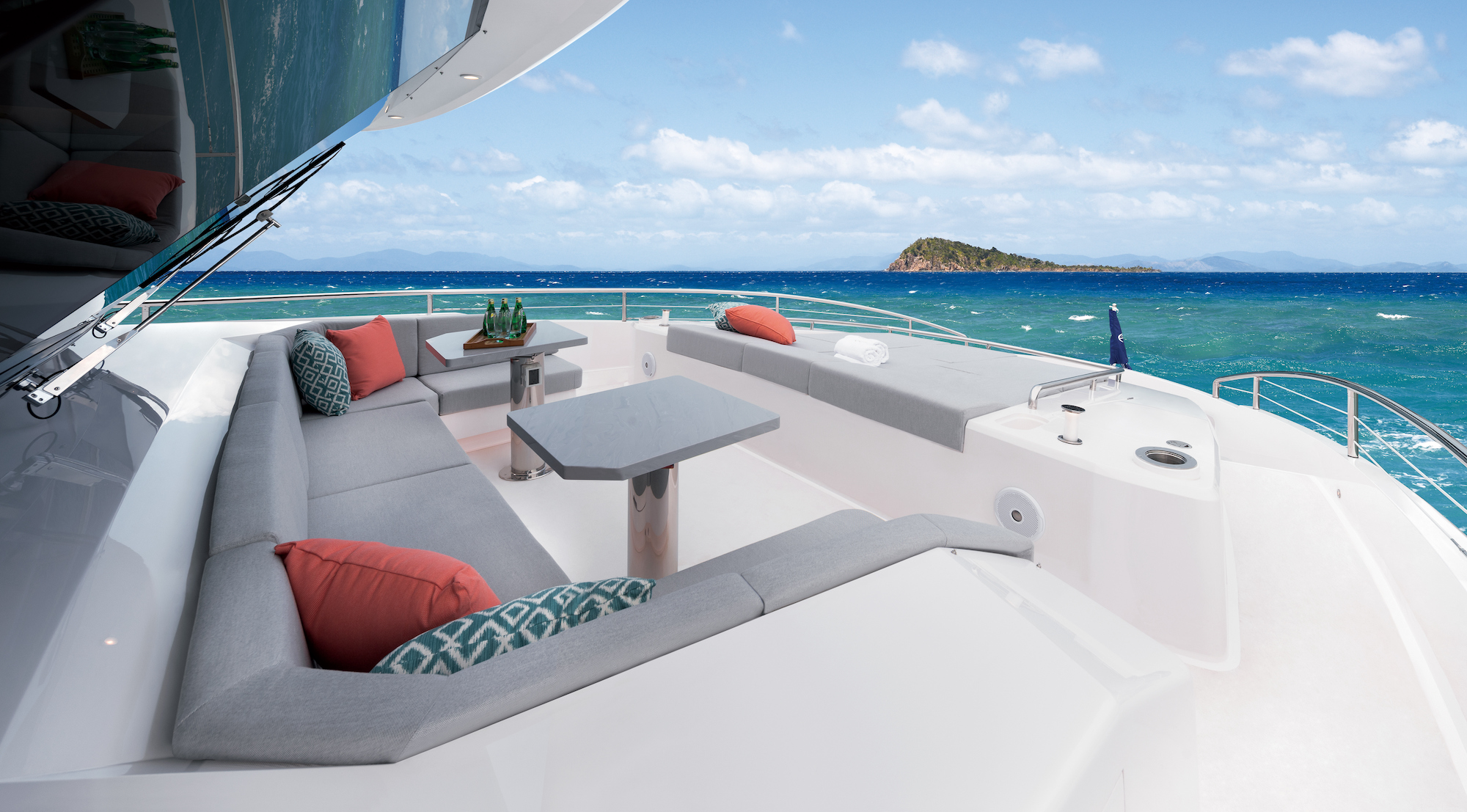 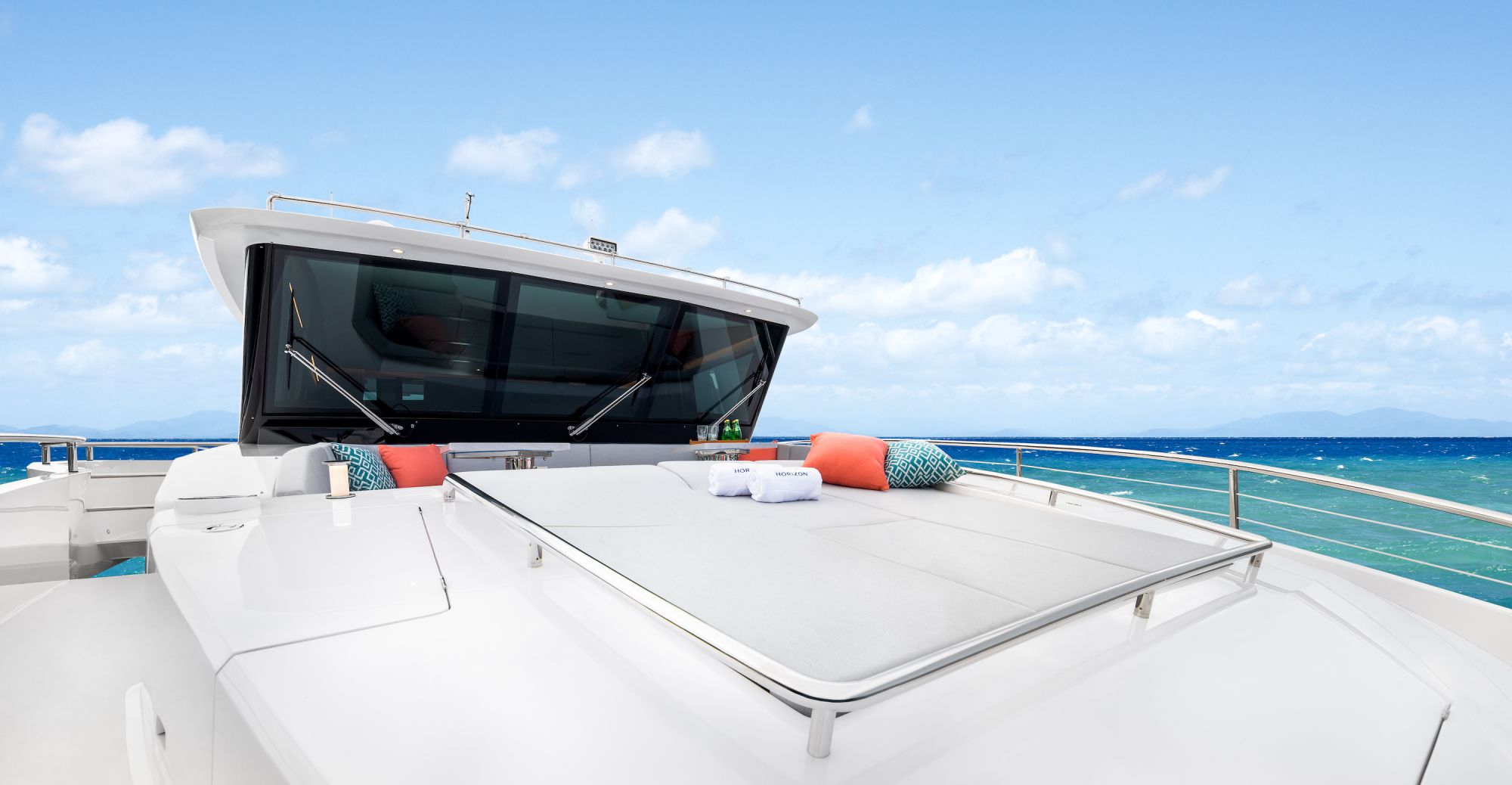 Light anegre wood with walnut highlights is complemented by expansive windows and a light ash flooring for a bright and airy feel throughout the interior.

The main saloon features a day head and seating area with an off-white leather sofa to port and a fold-down television, console and convertible dining table to starboard. The galley is situated forward to port and features privacy glass and a bar area with three stools.

The master stateroom occupies the forwardmost area on the main deck, while two VIP ensuites and a convertible twin comprise the lower deck accommodations. The anegre and walnut finish continues throughout these areas as well.

On the topmost deck, the customised enclosed skylounge configuration houses the wheelhouse with twin helm chairs forward and an L-shaped seating area facing a pop-up television and storage just aft.

The owner worked with Horizon’s in-house design team to select a bright and cheerful soft goods package in a theme inspired by the Ginko tree that adds pops of blue, green and coral red hues complemented by decorative forms representing the ocean, earth, passion and geometry, all of which are intended to represent life’s infinite cycle peppered with the unexpected.

Parabolic will be on display at the Fort Lauderdale International Boat Show, October 27 to 31. Upon delivery, the owner plans to cruise the US East Coast and the Caribbean.