An impressive start to the new year, Royal Huisman project 400, Sea Eagle II has spread her wings and has left the nest at the shipyard in Vollenhove, The Netherlands.

Royal Huisman’s largest yacht ever was commissioned by the owner of Sea Eagle (Royal Huisman, 2015, 43-metre (142-feet)), who reaffirmed his confidence in the ability of the shipyard to build his ultimate dream-yacht, an 81-metre (266-feet) truly breathtaking contemporary three-masted schooner.

Together with Dykstra Naval Architects and designer Mark Whiteley, Royal Huisman made this grand aspiration into a striking reality, keeping their promise of “If you can dream it, we can build it”.

Project 400 is progressing on schedule; her carbon composite Rondal Panamax rig will be installed upon launch at Royal Huisman Amsterdam to ready her for sea trials and on-board crew training. 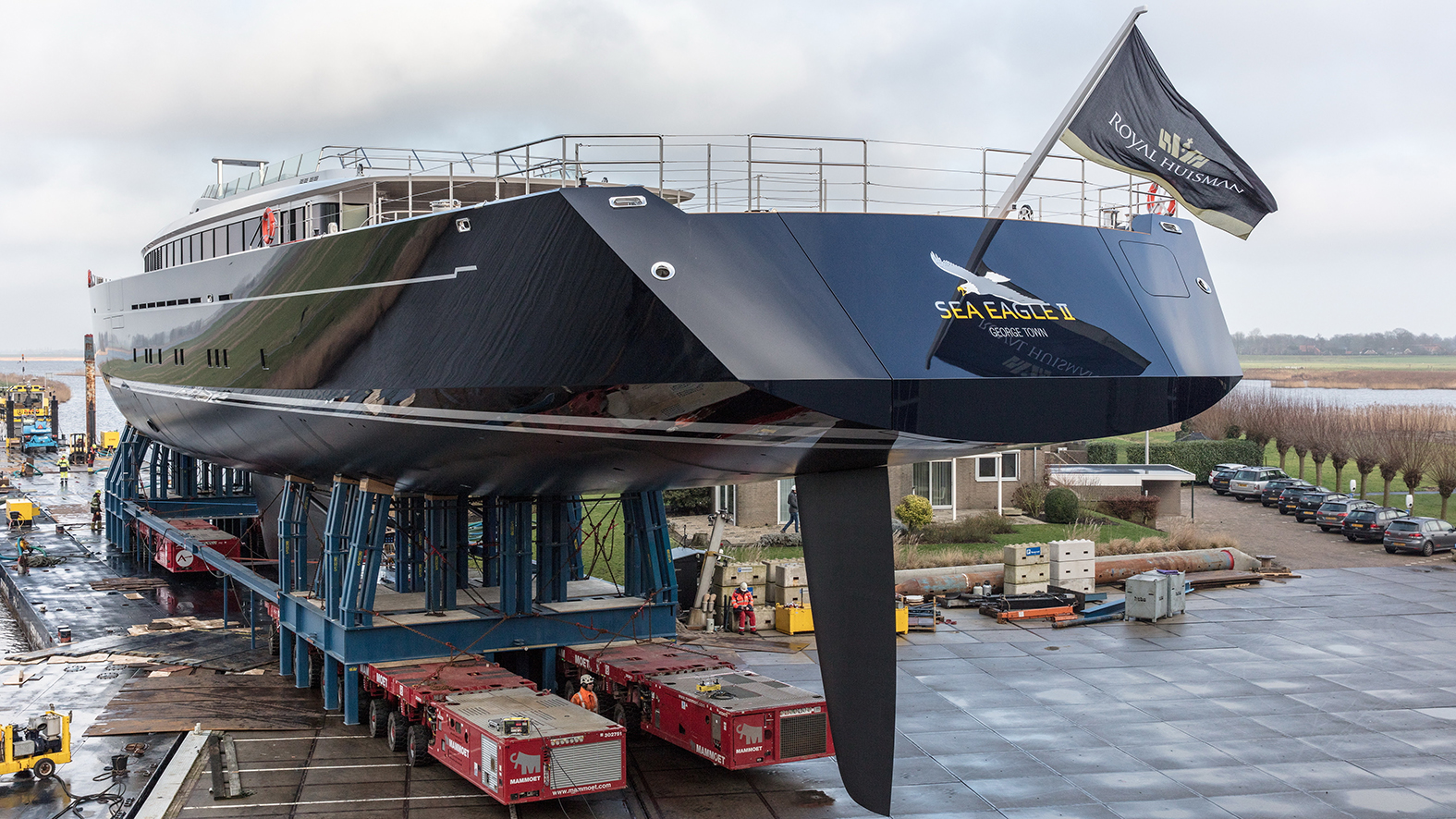 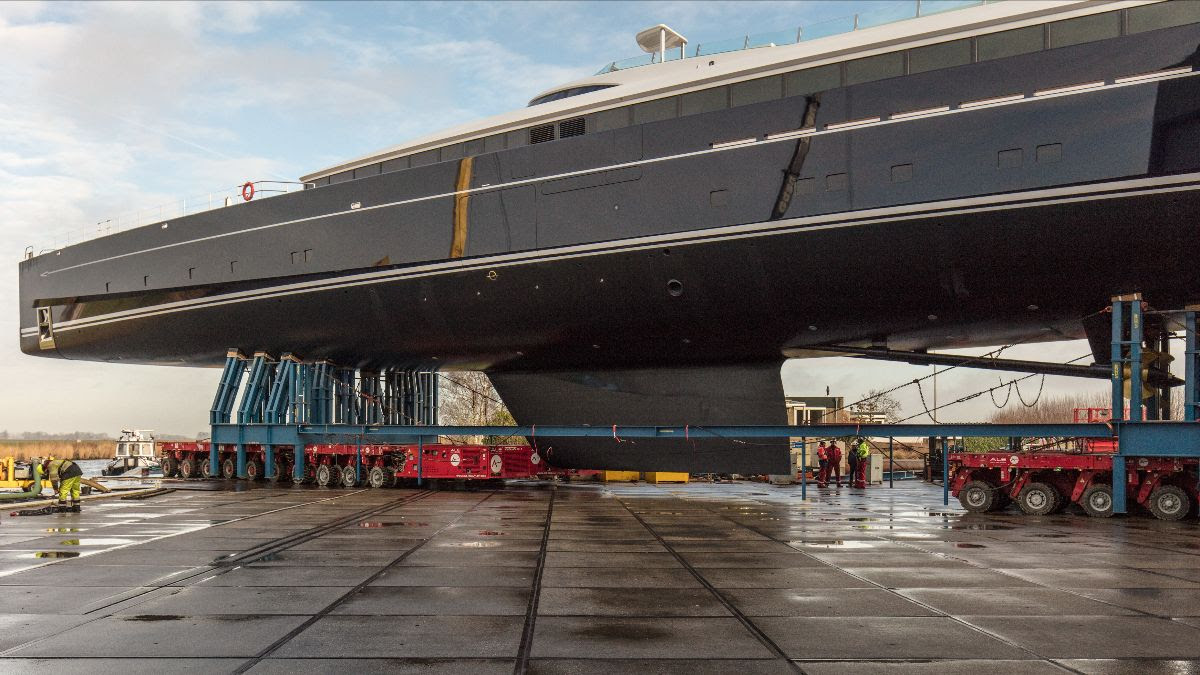 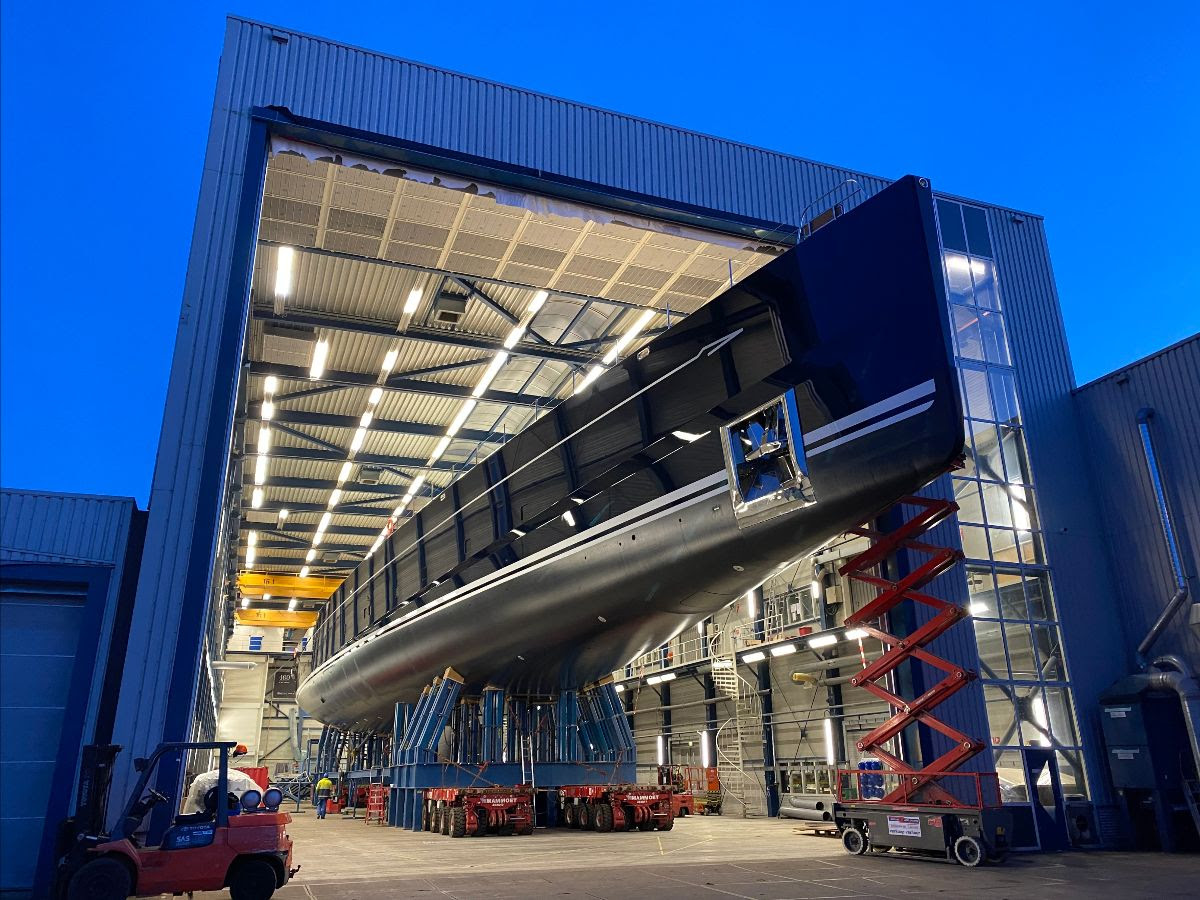 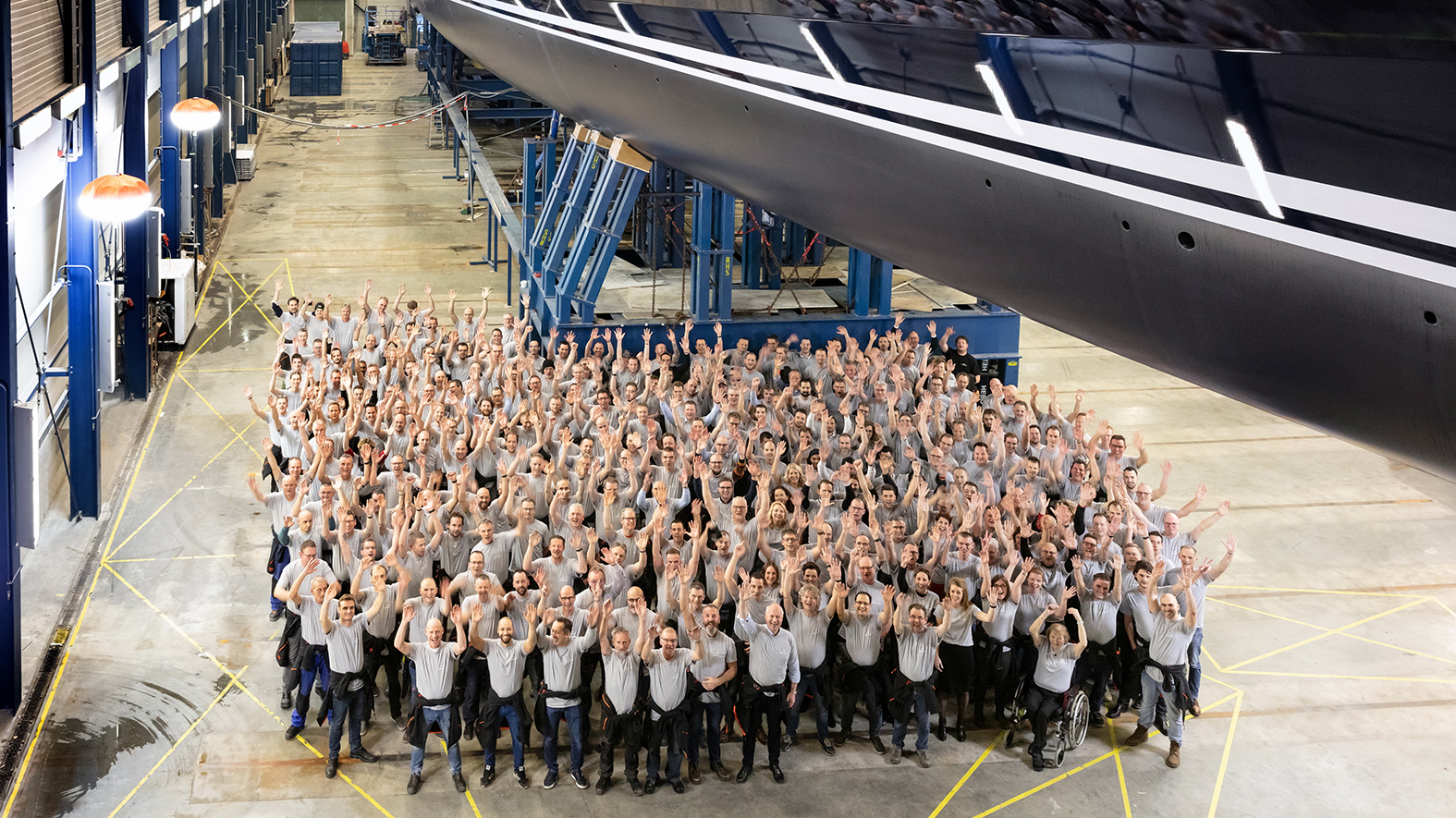 In total, 21 yachts were either new constructions or refit projects for Royal Huisman and Huisfit in 2019.

The team is now more flexible capacity-wise than ever before, working in close collaboration with selected and highly qualified co-makers for specific projects in Vollenhove, Amsterdam and flexible locations.

What continues to set Royal Huisman apart from others, however, is that the shipyard remains unique in advancing all essential superyacht skills and knowledge inhouse (design, engineering and production).