With the duel resuming today with two races on Bermuda’s Great Sound, we saw the momentum of Peter Burling’s Emirates Team New Zealand regain their stranglehold in the first to seven points battle.

Day four of the America’s Cup Match, presented by Louis Vuitton, belonged firmly to Peter Burling and the New Zealand team who comfortably won the two scheduled races of the day, races seven and eight of the final stage of the 35th America’s Cup.

Having won race six on Saturday, ORACLE TEAM USA went into the second Sunday of the America’s Cup Match, presented by Louis Vuitton, looking to gain more ground on their Kiwi rivals, but the New Zealand juggernaut had found its pace again and was unbeatable in similar weather conditions to day three, Saturday 24th June.

The America’s Cup Match, leaderboard now stands at 6-1 to Emirates Team New Zealand who need only one more race to take the ‘Auld Mug’ back to their home country.

“We were absolutely delighted with how the day went,” said Peter Burling after claiming back-to-back victories to take his team on the verge of their first America’s Cup success since the year 2000. “We were disappointed to give away a race yesterday but we certainly made up for it today.
America’s Cup match, presented by Louis Vuitton.

“We’ve got a fantastic team and you can see that out on the water. We’ve all got the same understanding of what we want to achieve and we are all on the same page.

“Despite the lead we won’t get ahead of ourselves because we still know we have a job to do and it’s still an incredibly tough ask.

“Alot has been said about what happened four years ago but I love the pressure. If you want to come all the way to Bermuda and win the America’s Cup then you have to deal with immense pressure. As a group we feel the pressure is bringing the best out of us and I think we’ve more than answered those questions.

For ORACLE TEAM USA, this is familiar ground, and nobody would write off the Defenders who so memorably staged one of, if not the, greatest comebacks in sport when they pulled back from an 8-1 deficit to win the 2013 America’s Cup 9-8 against the same rivals. 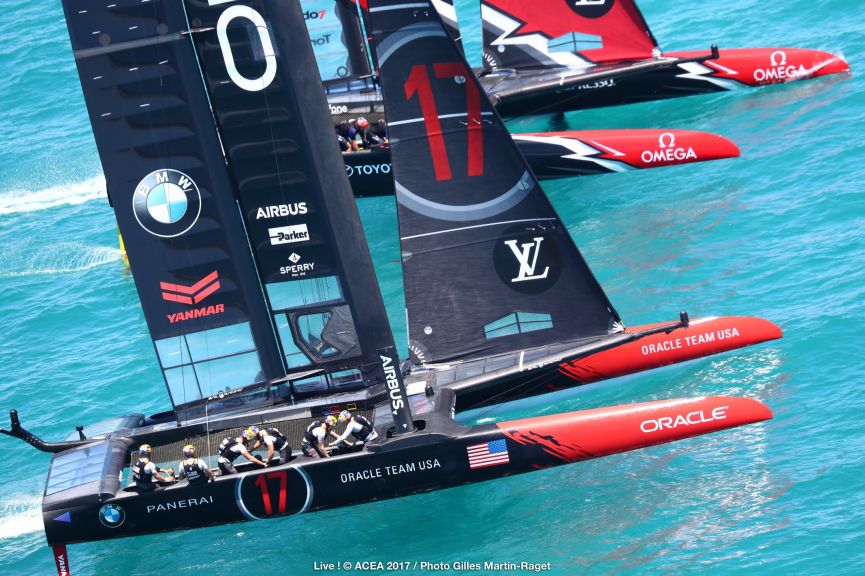 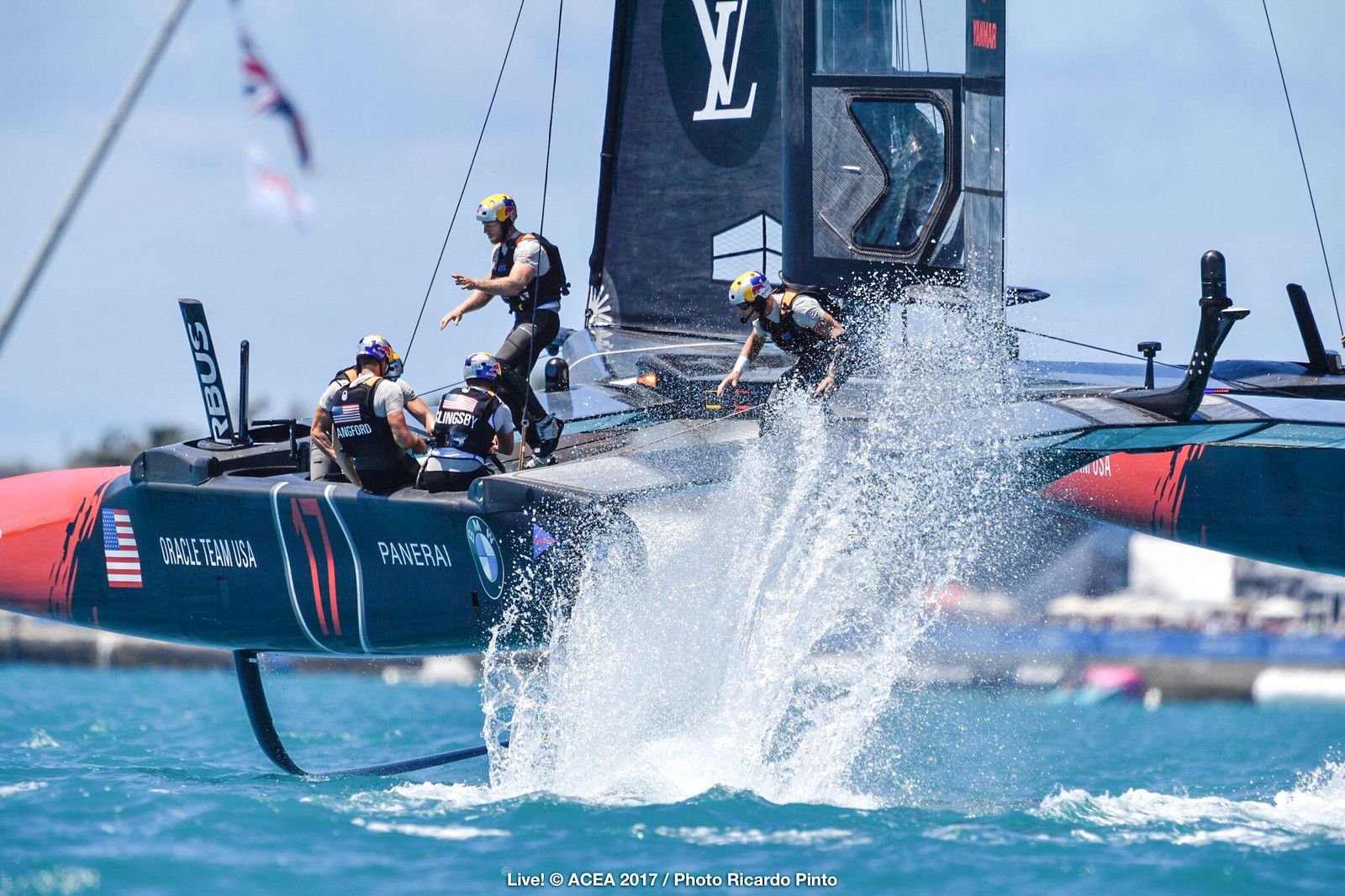 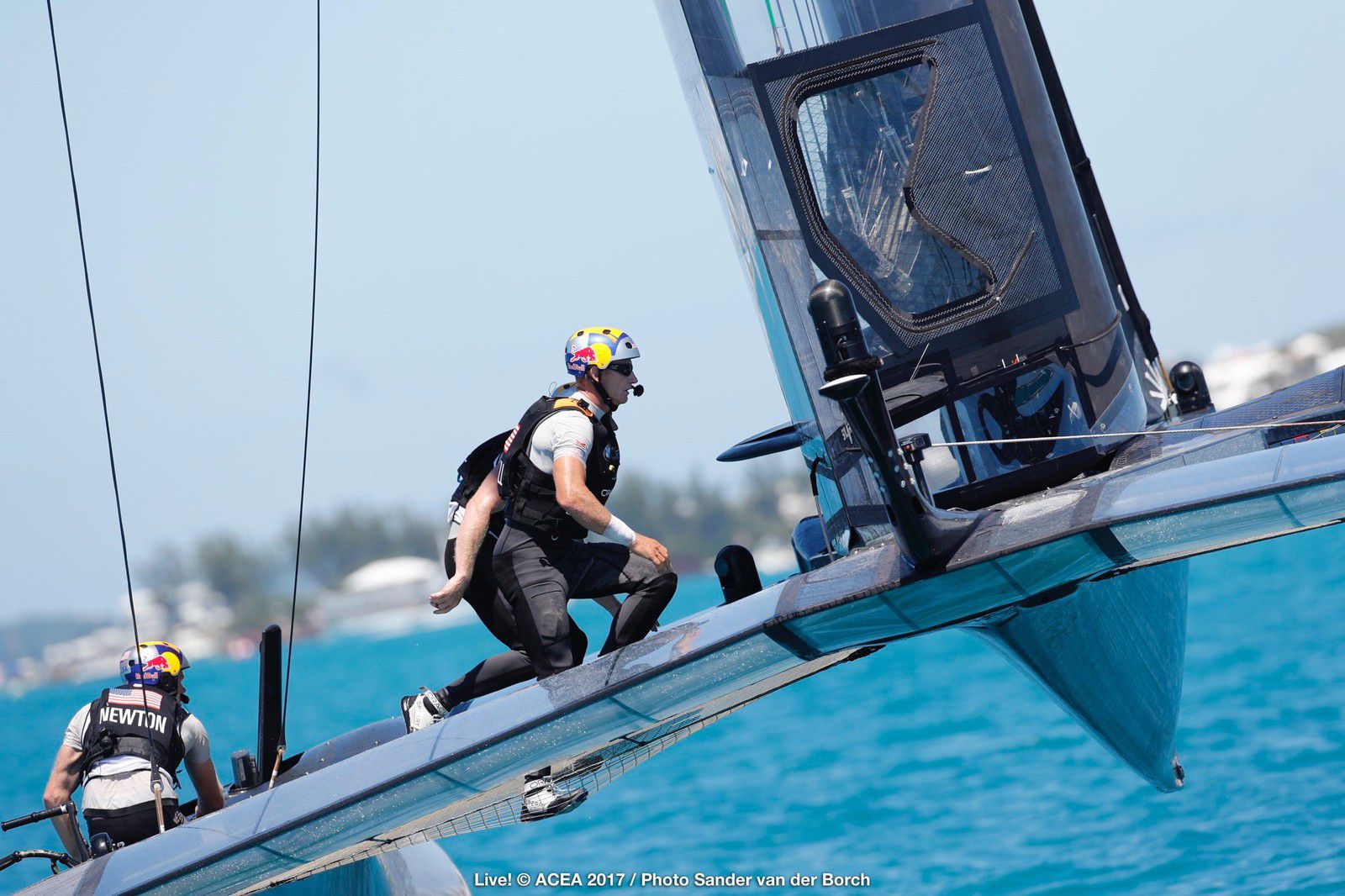 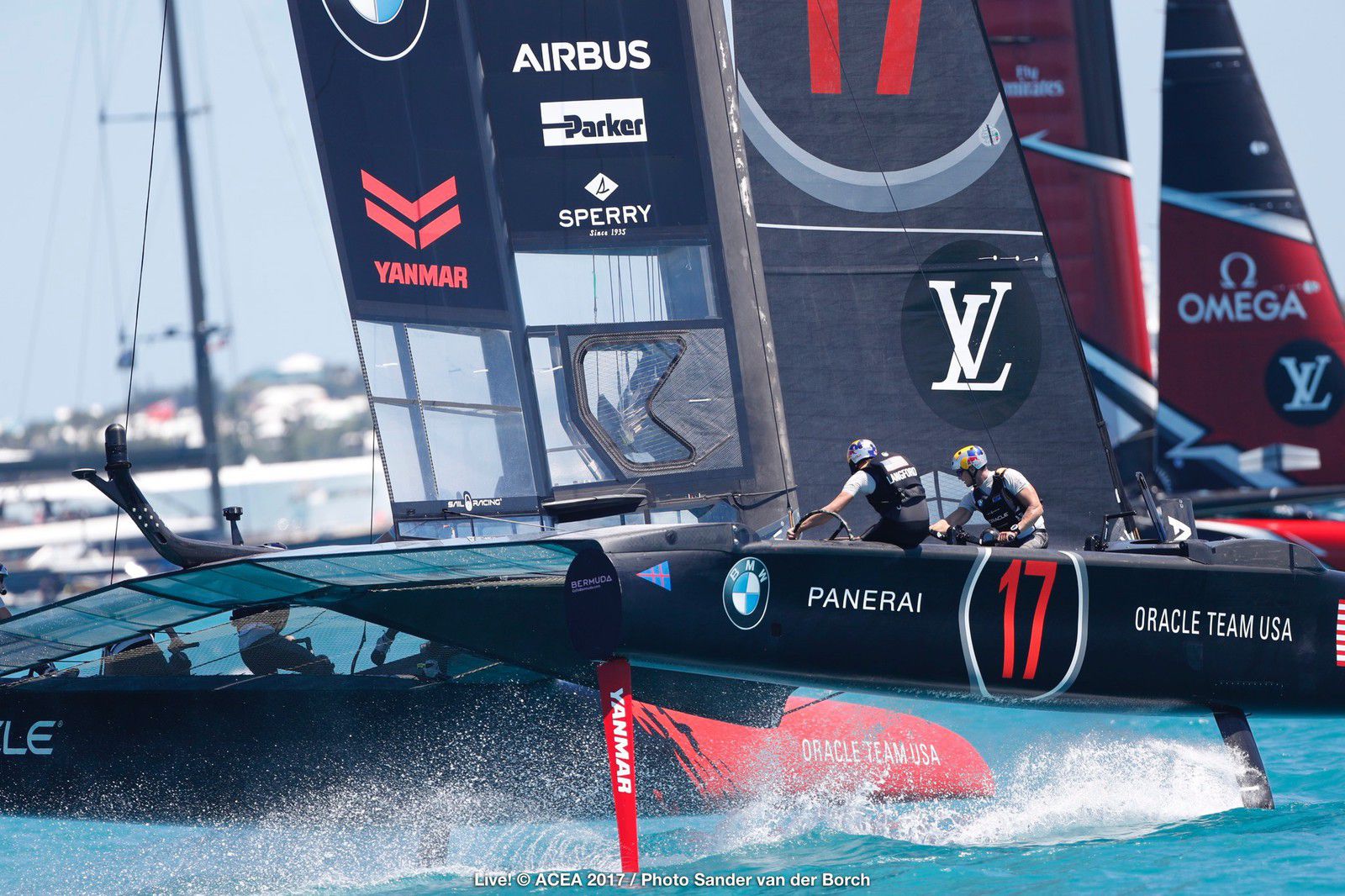 It was a drag race over the startline in race seven as both teams made clean getaways over the line, Emirates Team New Zealand just ahead as they rounded mark one. Spithill blinked first, making the turn before Burling and slowly inching closer to the Kiwis as they headed towards gate two. On leg three there was very little between the two teams but the Kiwis extended their advantage again as they headed upwind, giving themselves a 32 second lead as they headed into leg four.

Despite the growing gap, ORACLE TEAM USA did not give up, continuing to try and claw back the advantage the Kiwis were building, but it was largely to no avail. The New Zealanders put on a dominant display, extending their lead to 40 seconds by gate four and then slightly back to 35 seconds at the fifth gate.

On leg six it looked as if Emirates Team New Zealand would wrap up the victory cleanly, but a bad jibe gave ORACLE TEAM USA a glimmer of hope. Spithill and his crew did everything they could to stop the leaderboard ticking round to 5-1 to Emirates Team New Zealand, reducing the deficit to 13 seconds at the sixth gate, but they were unable to bridge the gap completely and that left the Kiwis two wins away from claiming the America’s Cup. 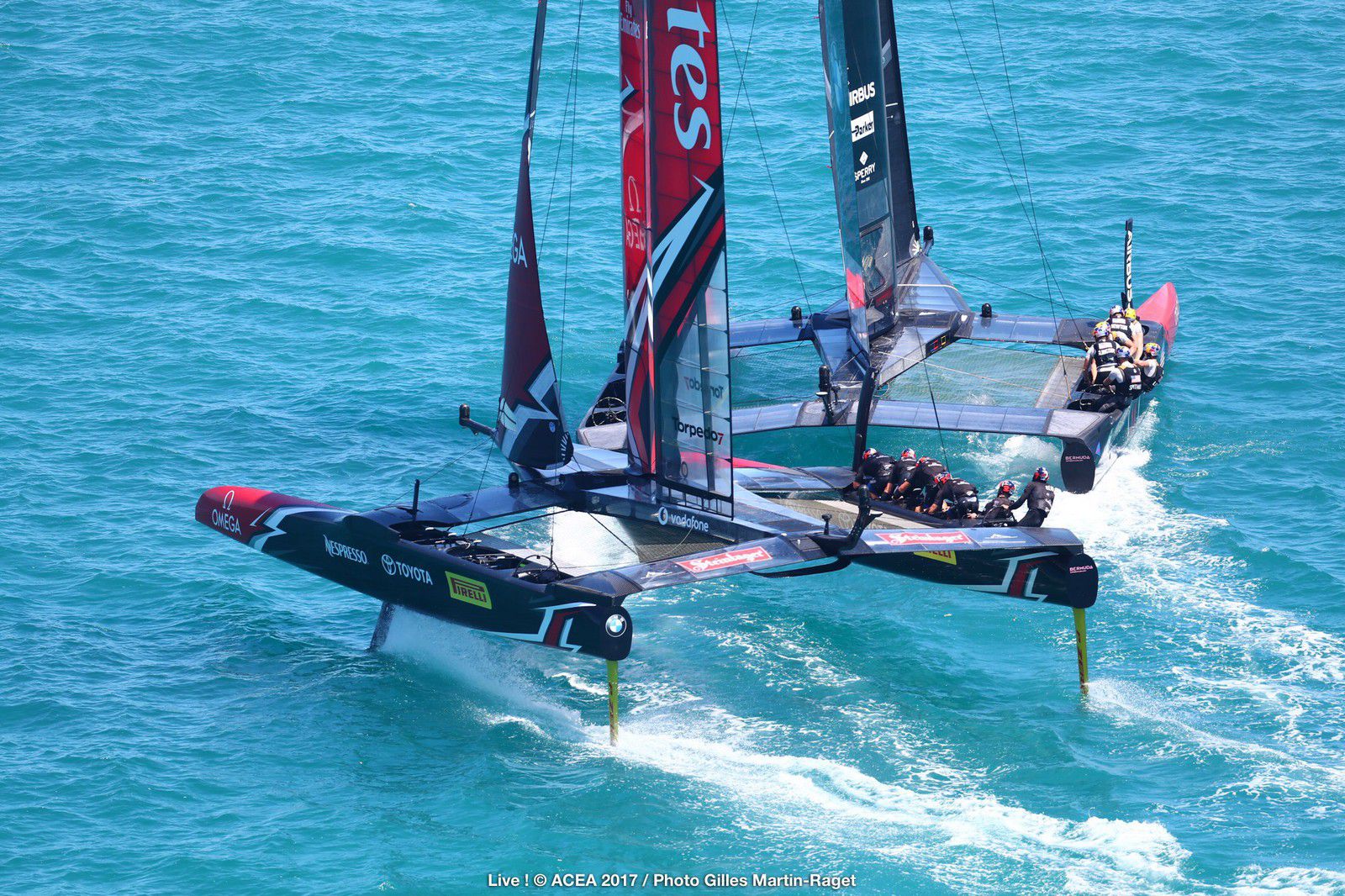 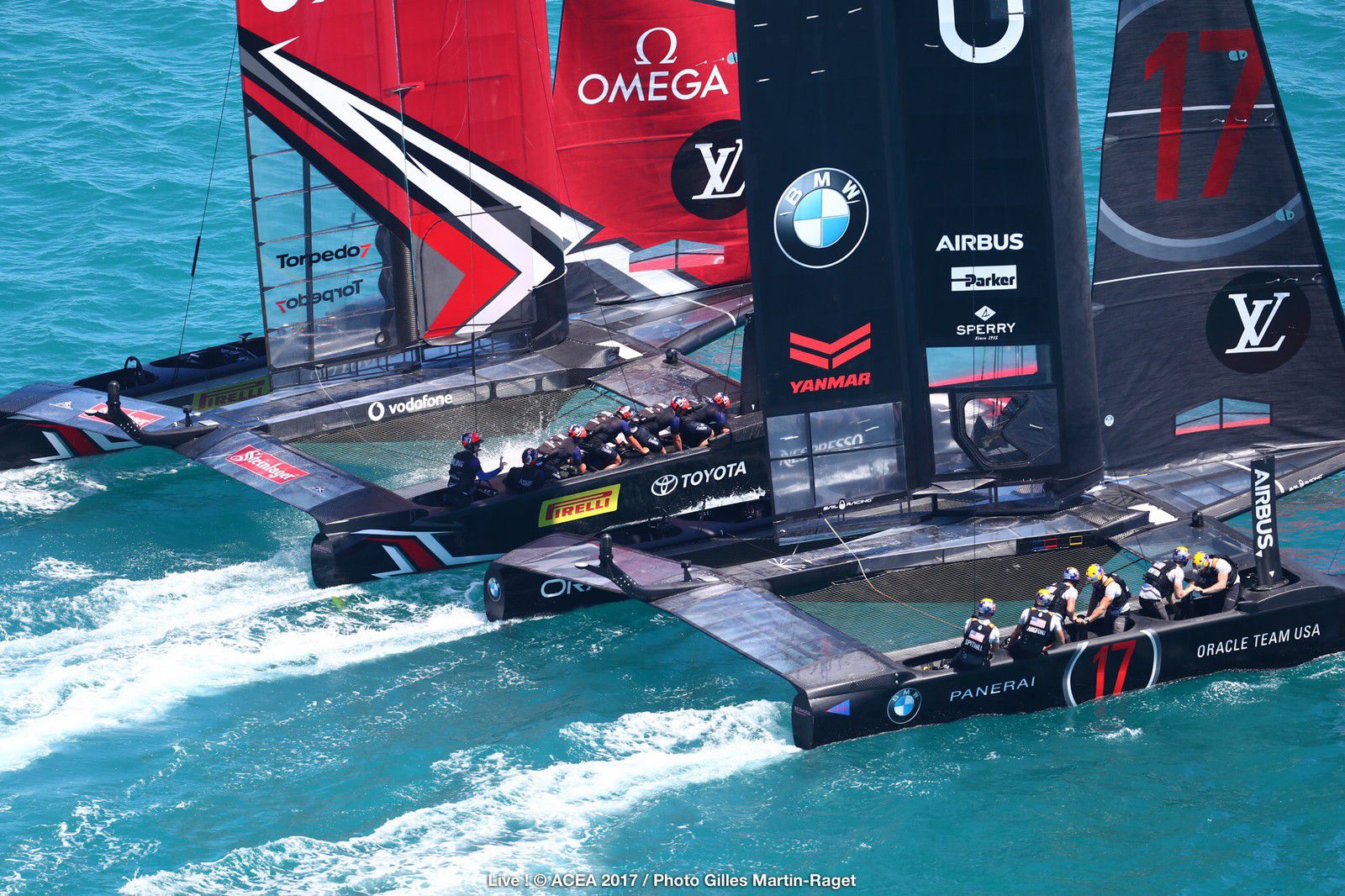 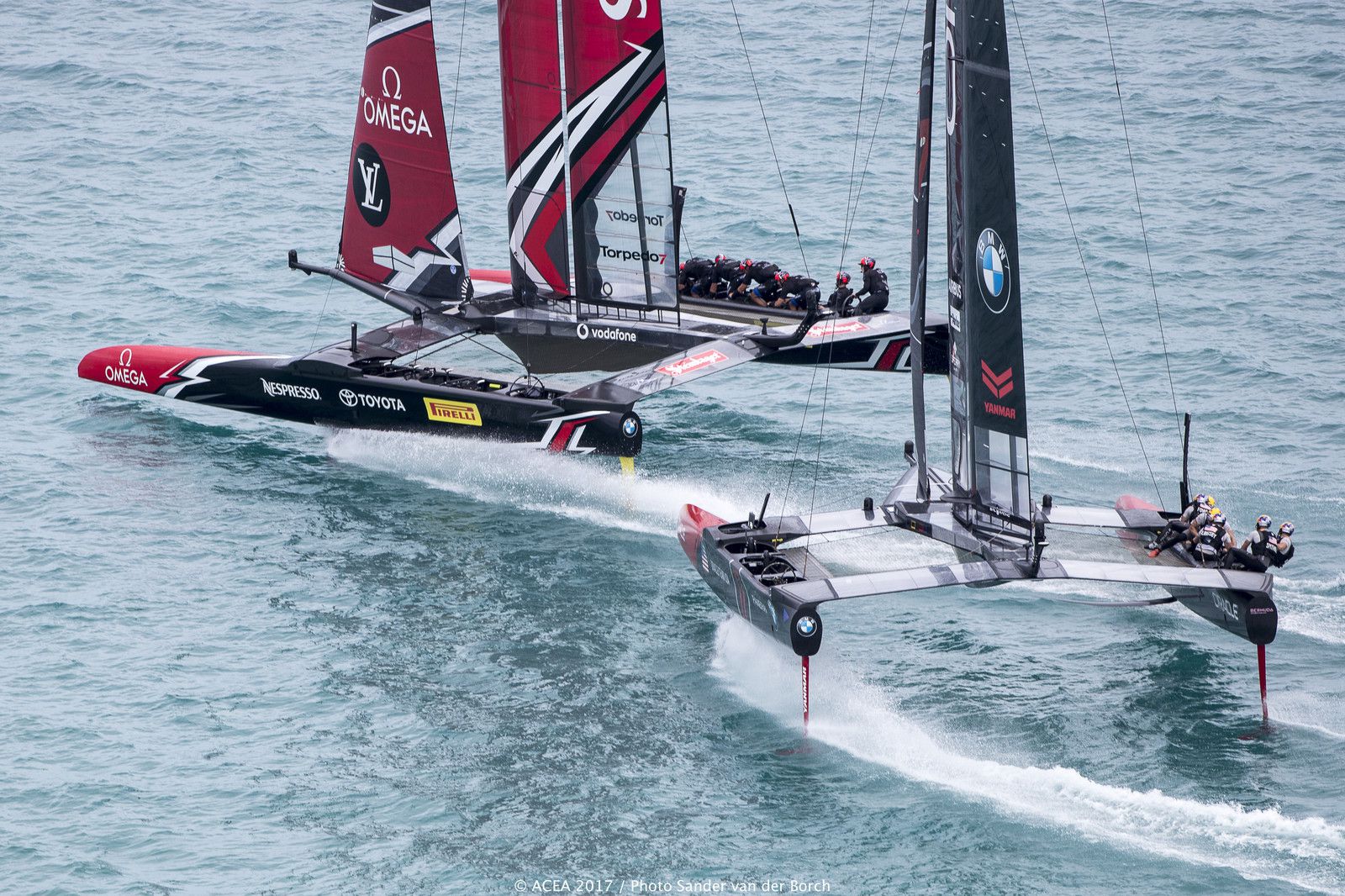 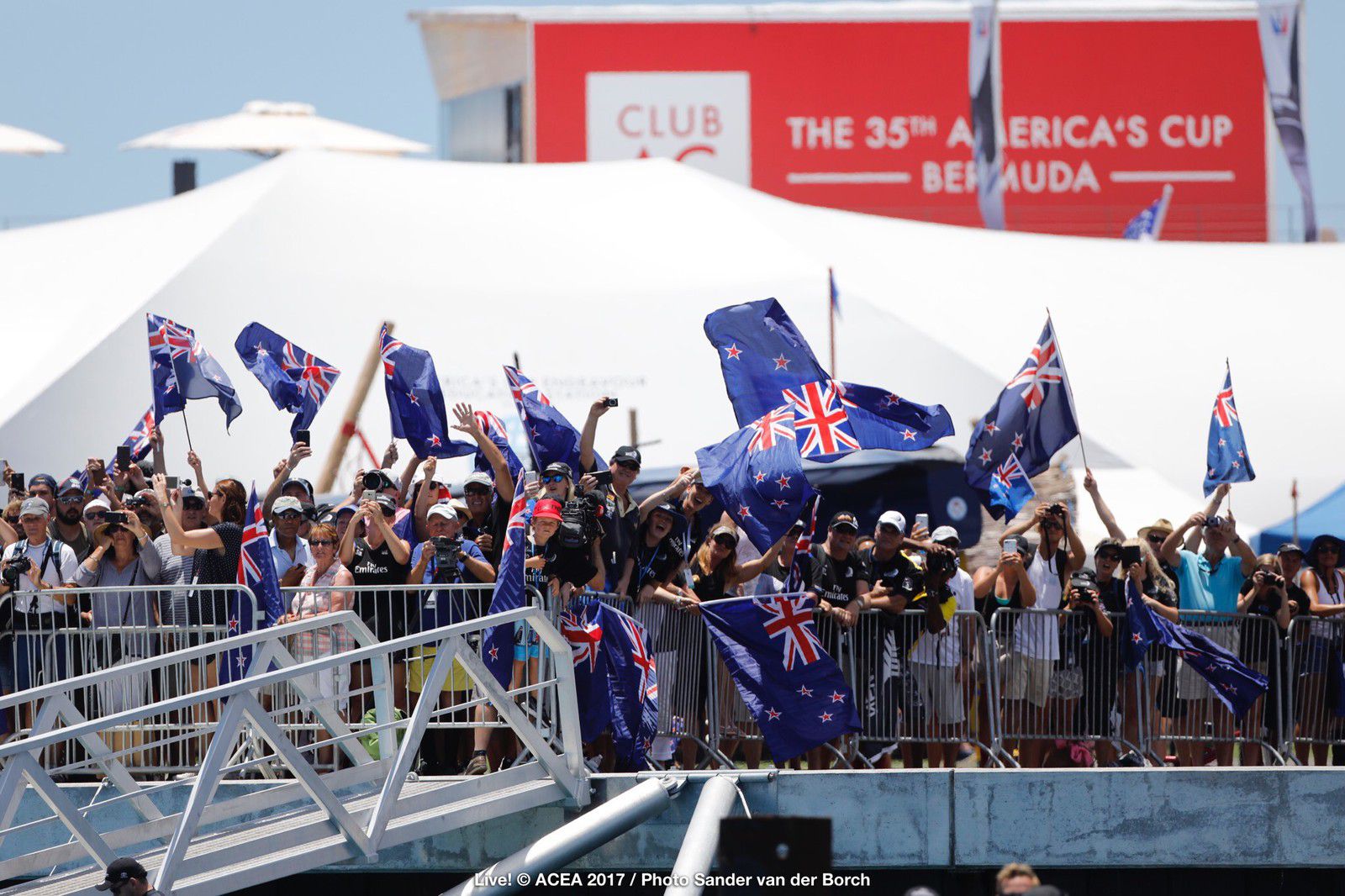 The second of Sunday’s two races started with Emirates Team New Zealand putting clear air between them and ORACLE TEAM USA well before the startline after Spithill had failed to box in his rival, having to watch Burling accelerating into a 13 second lead before Spithill had even crossed the start.
By gate two that lead was already up to 24 seconds and Spithill chose to split the course, a decision that appeared to pay dividends as the gap started to decrease, but a penalty on leg four as ORACLE TEAM USA sailed outside the boundary effectively ended their hopes in race eight.

Again, Emirates Team New Zealand continued to extend their lead, reaching 36 seconds ahead at mark four, sailing their America’s Cup Class (ACC) boat perfectly. This was in contrast to ORACLE TEAM USA whose minor issues kept increasing the difference between the two teams on the racetrack.

Finally, another dominant display by Burling and the New Zealand team culminated in a 30 second win in race eight over ORACLE TEAM USA, putting them on the brink of winning the 35th America’s Cup.

The America's Cup, is again, The New Zealand Cup!

The America's Cup, is again, The New Zealand Cup!