Day three of the America’s Cup Match, was full of drama, incident and history-making action, but the big story of the day is the fightback ORACLE TEAM USA staged against their rivals for the Auld Mug, Emirates Team New Zealand.

The US Defenders of the America’s Cup found themselves 3-0 down to their Kiwi rivals after the first four races of the final stage of the 35th America’s Cup. However, from the start of race five, the first race of day three of the America’s Cup Match, presented by Louis Vuitton, it was clear that ORACLE TEAM USA had found significant boat speed since the two teams last raced on Sunday 18th June.

Race five went to Emirates Team New Zealand, who took full advantage of mistakes made on the US boat to put themselves 4-0 up, but in race six the tables finally turned, ORACLE TEAM USA winning their first race of the America’s Cup Match, presented by Louis Vuitton. With that victory, Skipper Jimmy Spithill made more history, tying Sir Russell Coutts’ winning record in America’s Cup Match races, recording his 14th victory, the same as Coutts. 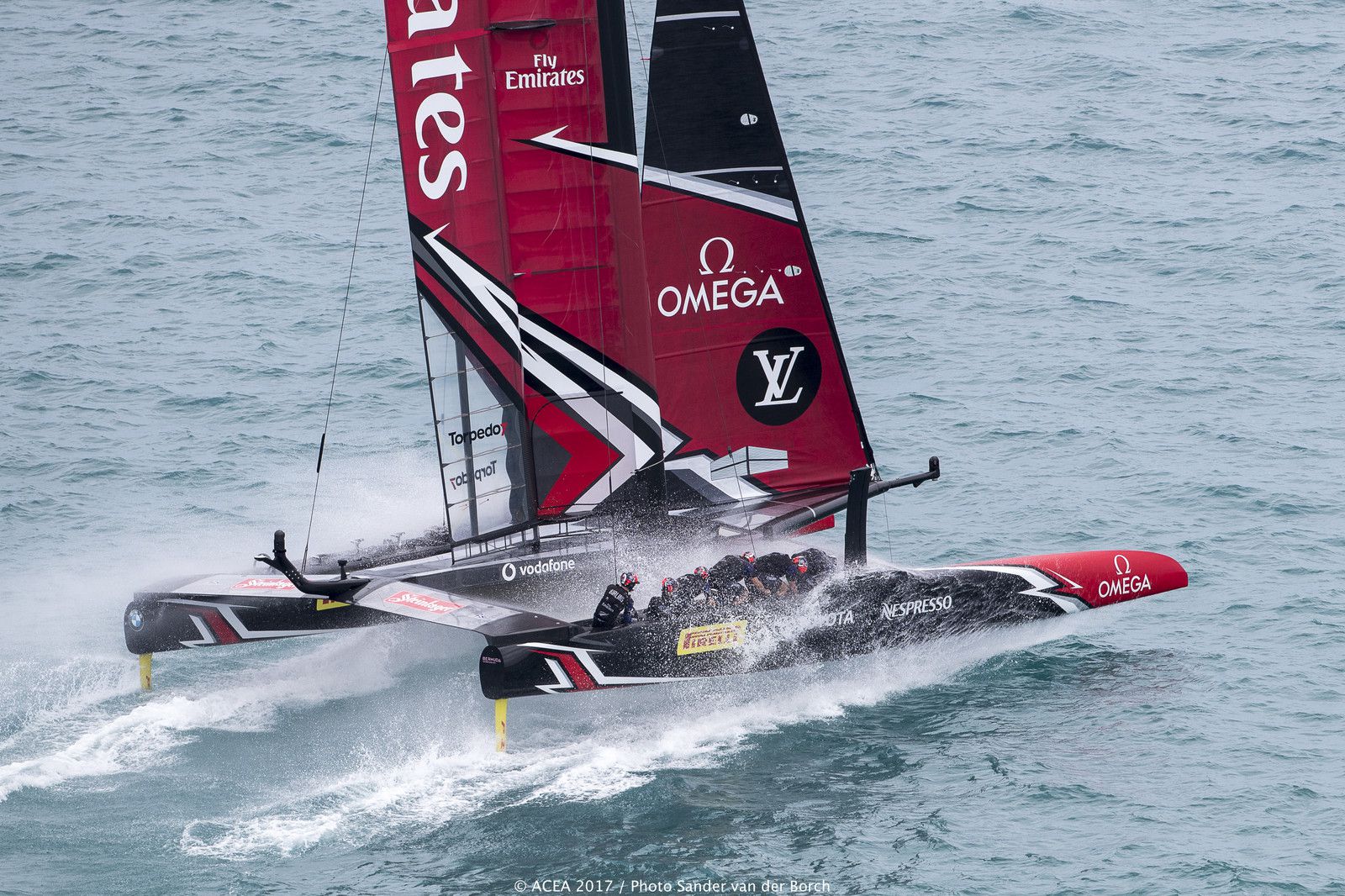 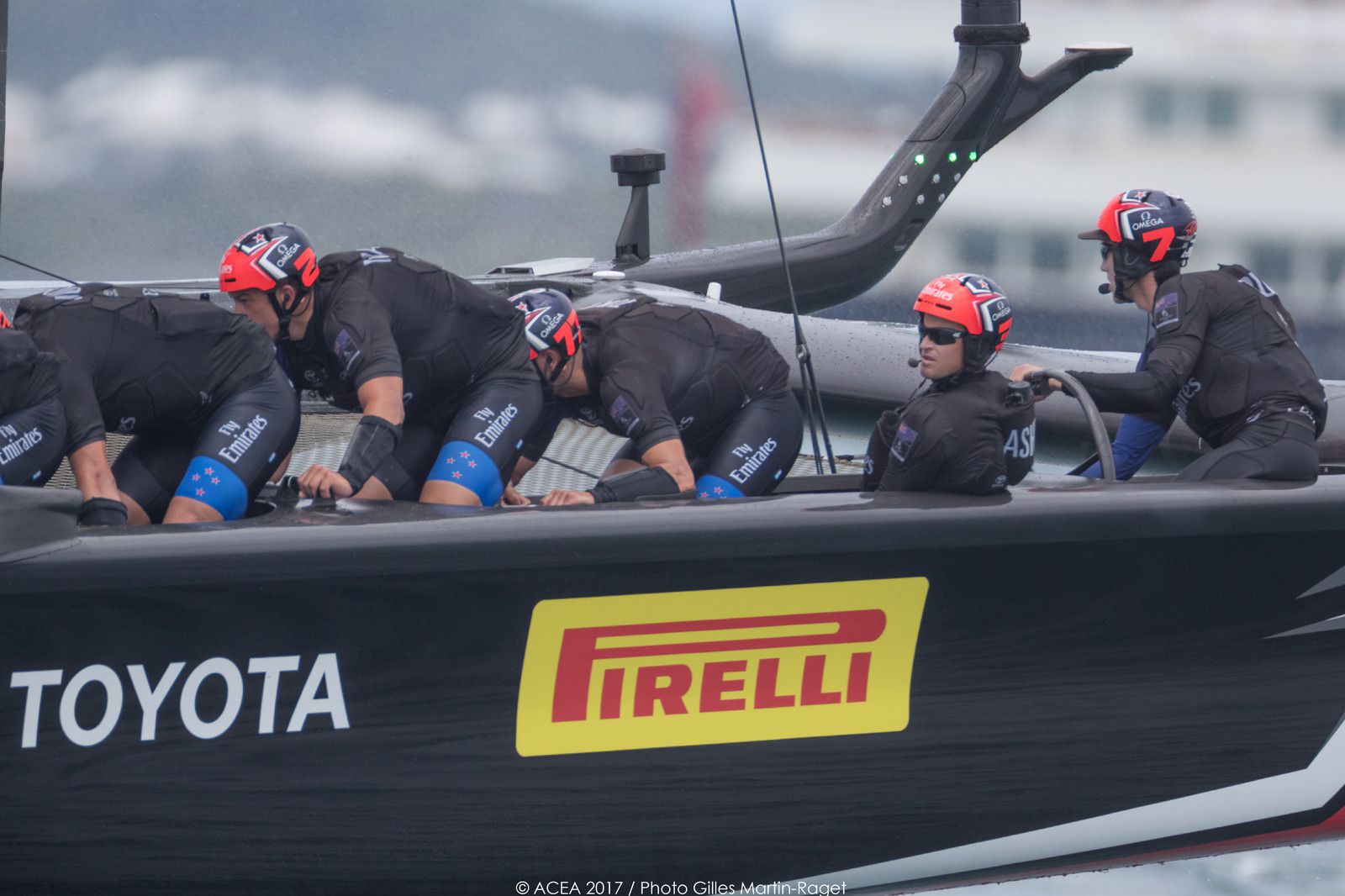 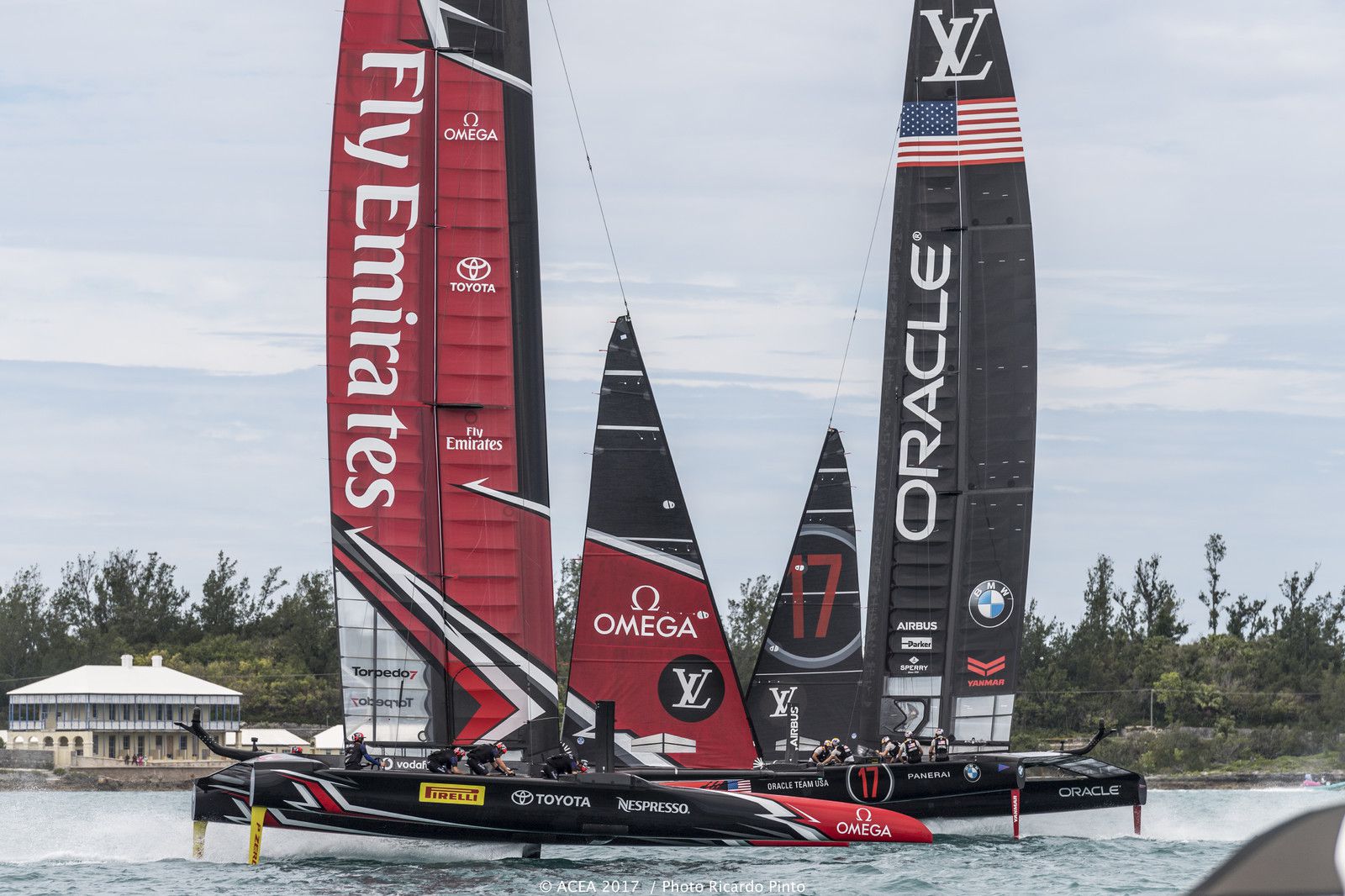 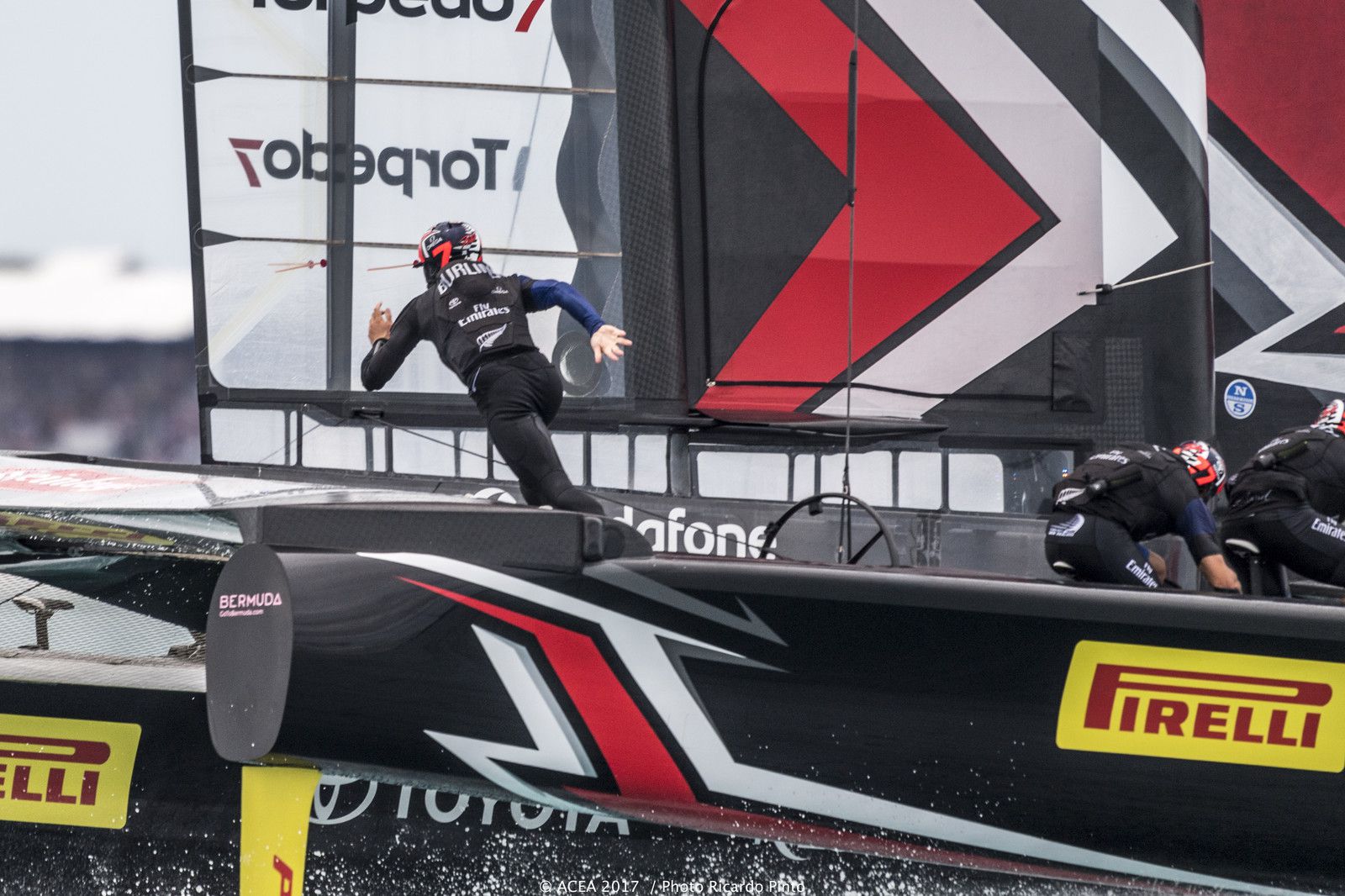 However, the win also signifies that the clear advantage Emirates Team New Zealand had over their US rivals in the opening weekend of the America’s Cup Match, presented by Louis Vuitton has gone, and that means world-class, exciting racing is guaranteed in the remaining head-to-heads between the two teams fighting for the oldest trophy in international sport.

The battle on the water also carried on into the press conference after the action concluded on the Great Sound with the rivals looking back at the two races on day three, and the week they’ve both had to prepare for the resumption of hostilities on Saturday 24th June.

“We felt like we gave away that last race a bit, but it is great to see a little fight out of these boys,” remarked Burling, on ORACLE TEAM USA’s revival, to which Jimmy Spithill replied,

“It is only just beginning mate.”

“We’ll be going straight back out on the water today to work on a few things. That’s a good position to be in, knowing there is more on the table and that the changes are working, the boat is getting quicker.

“It was five very long days but the good thing is we’ve been able to reward the entire shore crew with a win. We now have confidence in the tool we have, which is the most important thing.

“It does remind me of San Francisco when, once the guys can see that the boat is faster, then you start building some momentum.

“Getting that first victory was important today but I believe there is more speed in the tank.

“The boat is clearly faster because of the changes and it showed in the second race that if we as athletes can do a good job then the boat responds.

“We know we can do much better, but all in all we are just happy with the performance of the boat, to be able to get that race win, and to know that the boat is faster.”

“We knew to expect a battle and now it appears we have got one,” remarked Burling.

“We felt they were a little rusty last weekend but we are under no illusions. When we entered this we knew we were in for one hell of a battle. It was nice to get those first wins and take a lead.

“We came out of a good battle today and managed to take another win but we feel we have plenty more to come.

“We didn’t sail particularly well today but it was great to walk away with another win. We’re really happy with the lead we have got and we’ll come back stronger, expecting a really great battle in the coming races.

“It’s no secret that when you look at our team, we are all very young and the advantage that gives us is that we are all pretty open and learn fast. We have an incredibly talented group of guys and we’re excited to get back out there and race again tomorrow.” 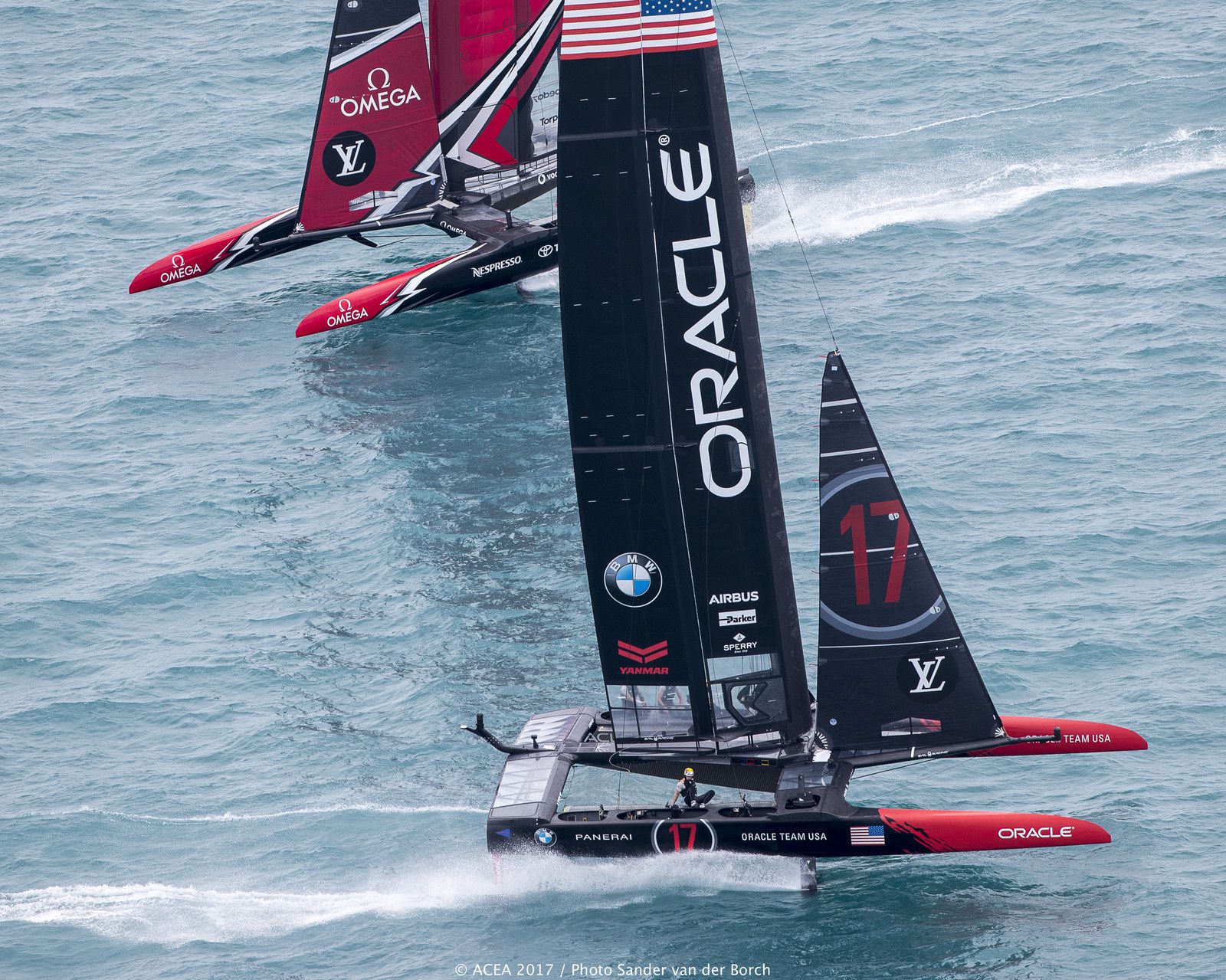 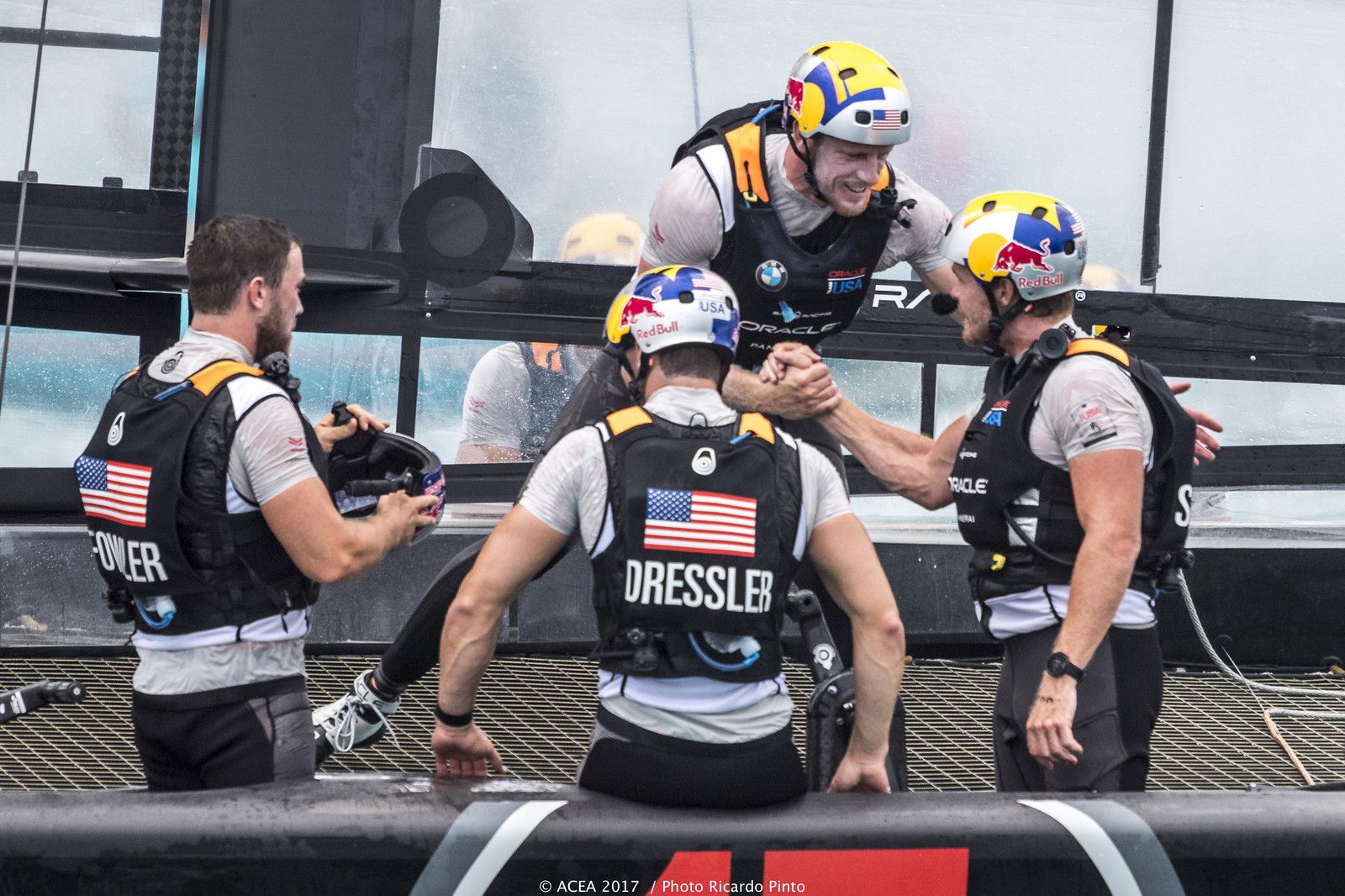 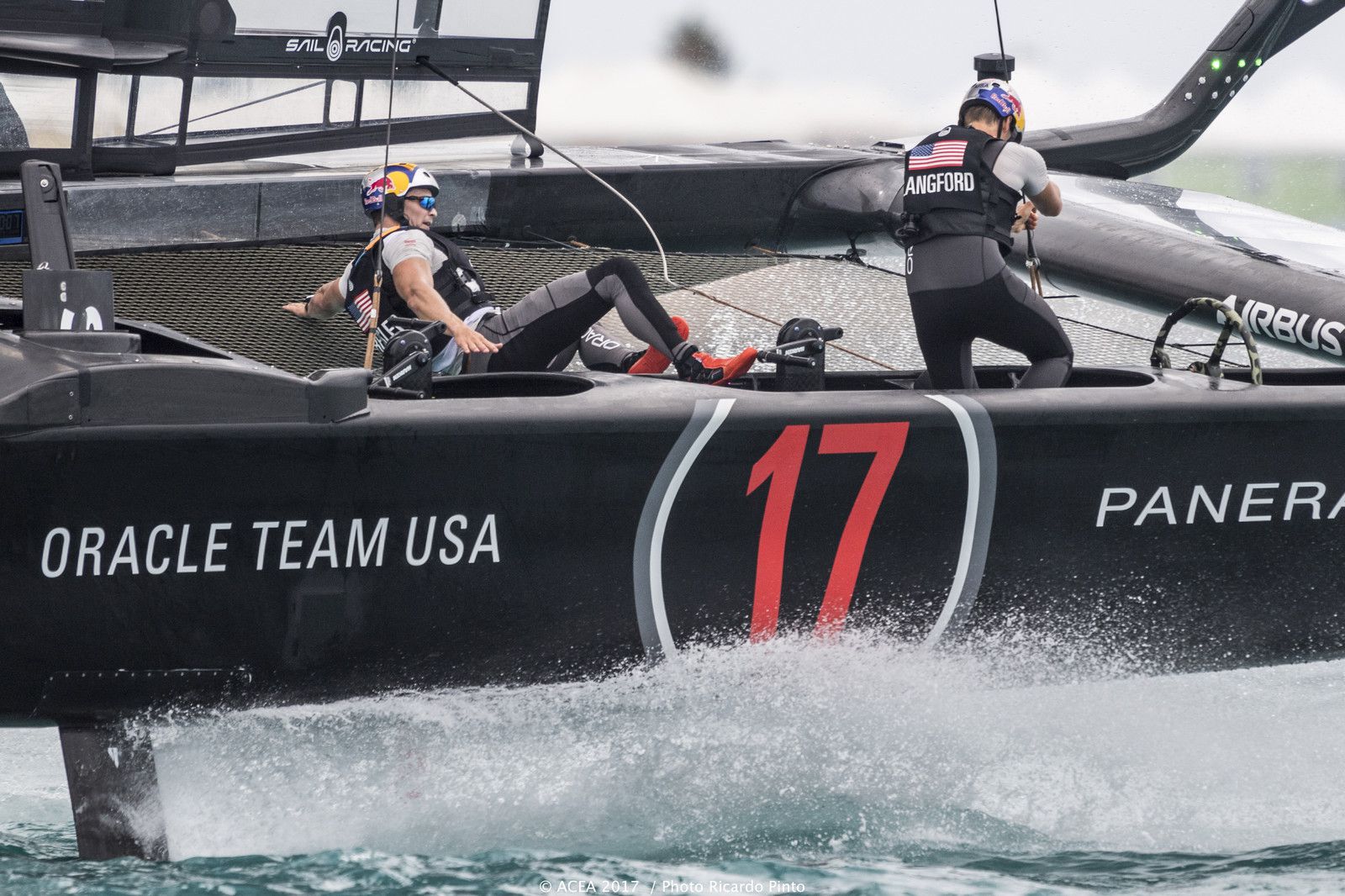 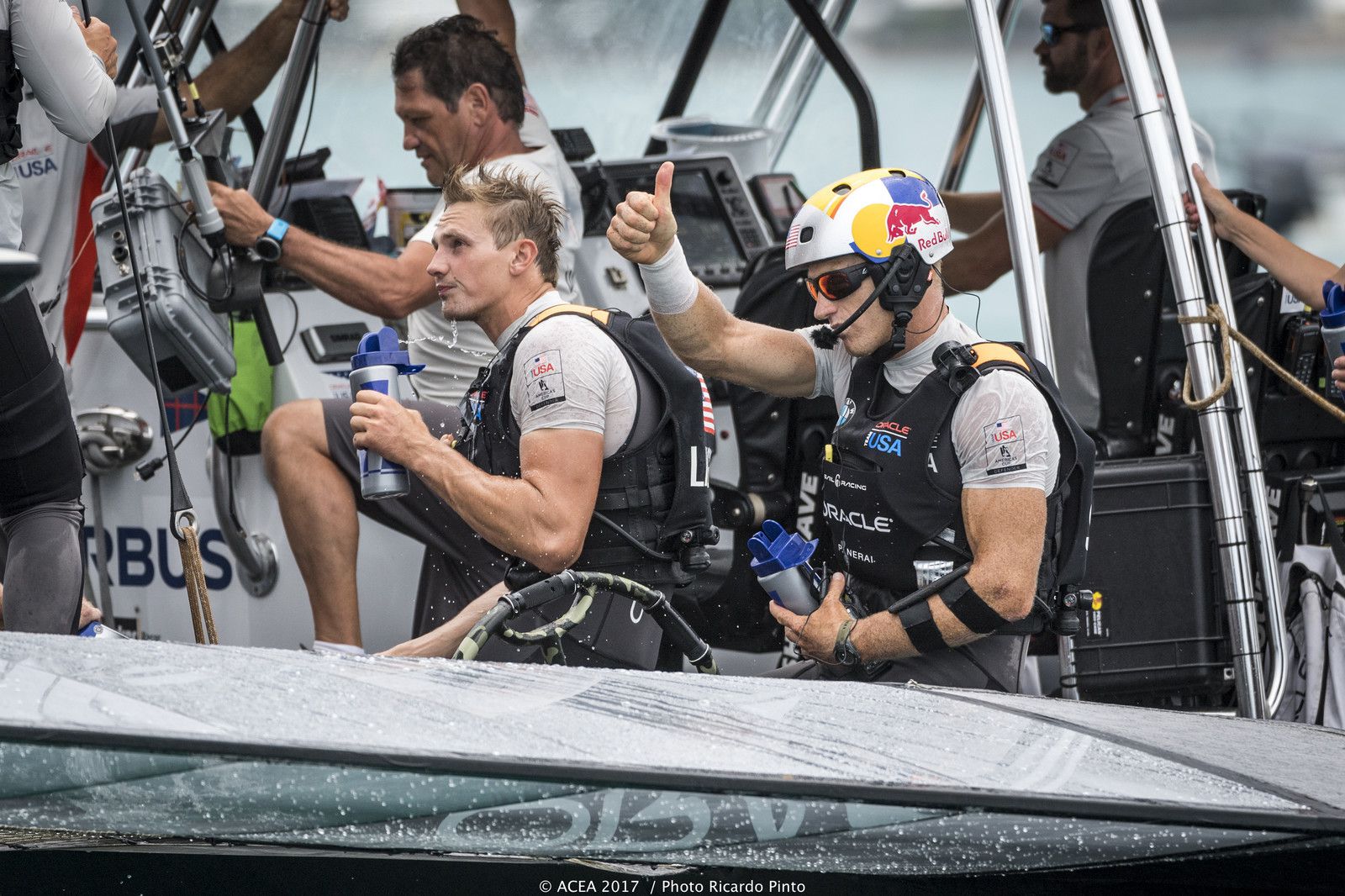 “All of our onboard gear had us behind the line at the start but it was wrong,” bemoaned Spithill of the early penalty. “We both rely on pretty sophisticated software at times and in these boats you get one knot of difference and it changes everything.”

However, despite the setback, the American team responded spectacularly, closing the gap completely rounding the second gate before taking the lead in the first pass of the America’s Cup Match, presented by Louis Vuitton, on leg 3/7.

However, just as they had taken the lead, ORACLE TEAM USA were punished once again as the boats crossed for a second time on leg 3/7. Both teams appealed against the other but it was Jimmy Spithill who was penalised, his team having to fall two boat lengths behind his rival, effectively handing them the race victory.

To add insult to injury, the Defender’s pursuit of Emirates Team New Zealand was hampered even further as a poorly executed manoeuvre then saw them lose all momentum, allowing the Kiwis to sail well clear on leg 4/7.

The Kiwi team’s advantage stood at just over a minute at the fifth gate and by the time they crossed the finish line Emirates Team New Zealand were two minutes and four seconds ahead of their rivals, putting them 4-0 up at the end of race five. 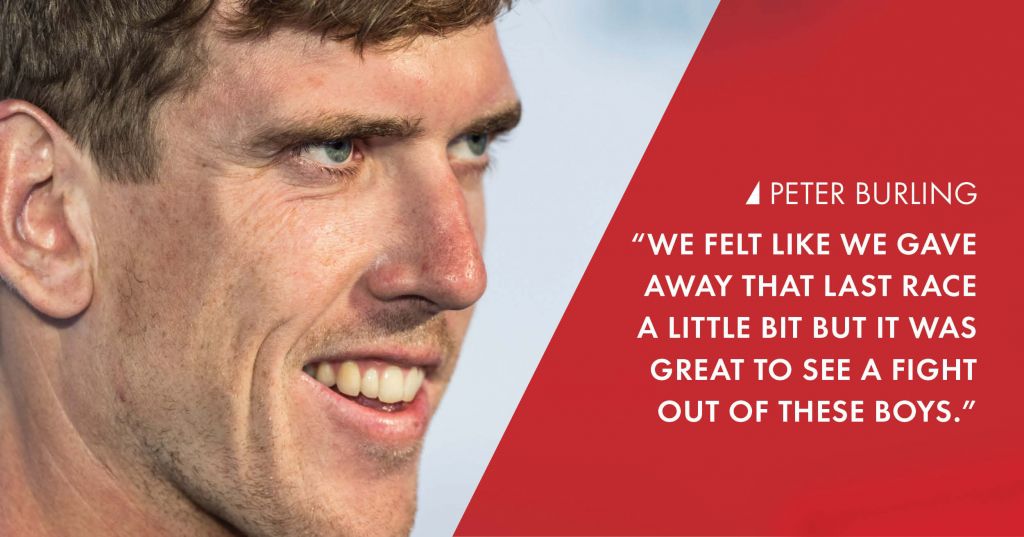 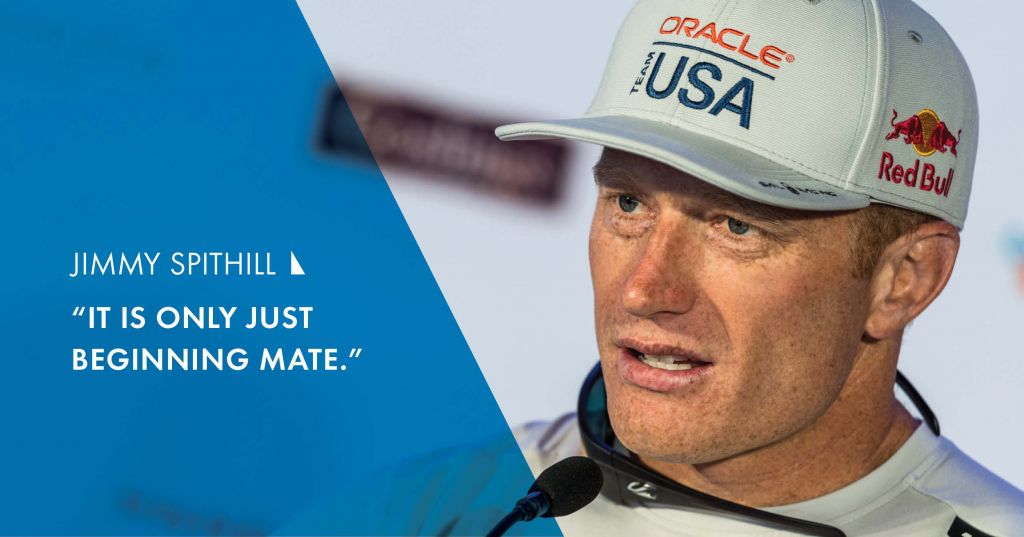 With the pressure mounting on Jimmy Spithill and ORACLE TEAM USA, they finally halted Emirates Team New Zealand’s charge, securing a timely and vital 11 second victory over the Kiwis in the sixth race of the America’s Cup Match, presented by Louis Vuitton, to cut the deficit to 4-1.

In contrast to the first race of the day, both teams crossed the start line cleanly, with ORACLE TEAM USA beating Emirates Team New Zealand to mark one for the very first time in the America’s Cup Match, presented by Louis Vuitton.

The lead then changed hands twice on leg two but it was Jimmy Spithill’s team which held a slender 12 second advantage at the third gate.

At gate four Spithill took a gamble, jibing in the run up to the next gate, but it proved to be an error and Burling took the shorter course to the gate to edge ahead of his rival.

However, ORACLE TEAM USA’s new-found speed paid dividends on leg 5/7 as they cut the gap to their rivals and engaged in close-quarter racing. Two passes then ensued between the two teams, with Spithill coming out on top, nudging ahead at the fifth gate.

Having eradicated the mistakes that had held back ORACLE TEAM USA in race five, Spithill kept his rival at bay in the run up to the finish line and sealed an 11-second win which, vitally, keeps ORACLE TEAM USA firmly in the America’s Cup Match, presented by Louis Vuitton.