The first, comprehensive national survey covering the economic value of Australia's superyacht industry - every facet from manufacturing and refit, to jobs and suppliers - identifies the potential of this lucrative sector and the barriers to unlocking it.

“If the government fixes our legislation, so foreign superyachts have freedom to charter here, like they do in New Zealand, our superyacht industry would grow substantially – we could see an extra 8,100 local jobs making a total of 24,400 jobs by 2021,” said Ms Edwards.  “We are seeking standalone legislation to relax regulations in the superyacht sector.”

Currently, very few international superyachts come to Australia because the current legislation makes charting in our waters unviable –  a superyacht must be fully imported and 10 percent GST on its value paid.

“After the devastation of Cyclone Debbie, a change in legislation is more important than ever to allow superyachts to cruise in Whitsunday region, to help local businesses and families get back on their feet,” said Ms Edwards.

Small businesses want the government to enable the local superyacht industry to grow.

“The superyachts spend up to $5,000 with us in one hit – that’s just flowers, let alone meat and other produce – and we’re just a tiny shop that deals with them,” said Janal Casey, owner of Whitsundays florist Flower Hut. 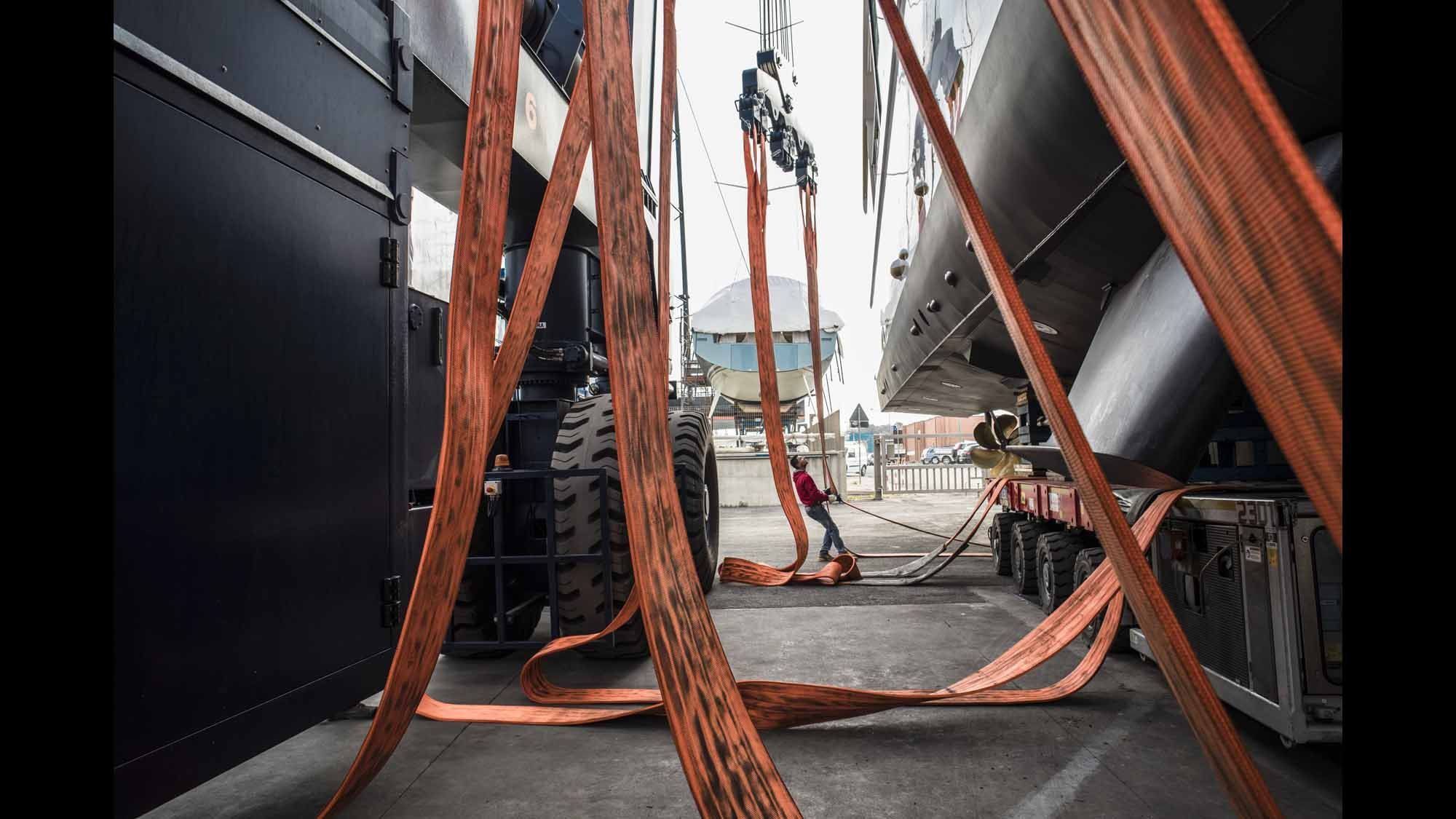 Refit, maintenance and building are key parts of the industry. 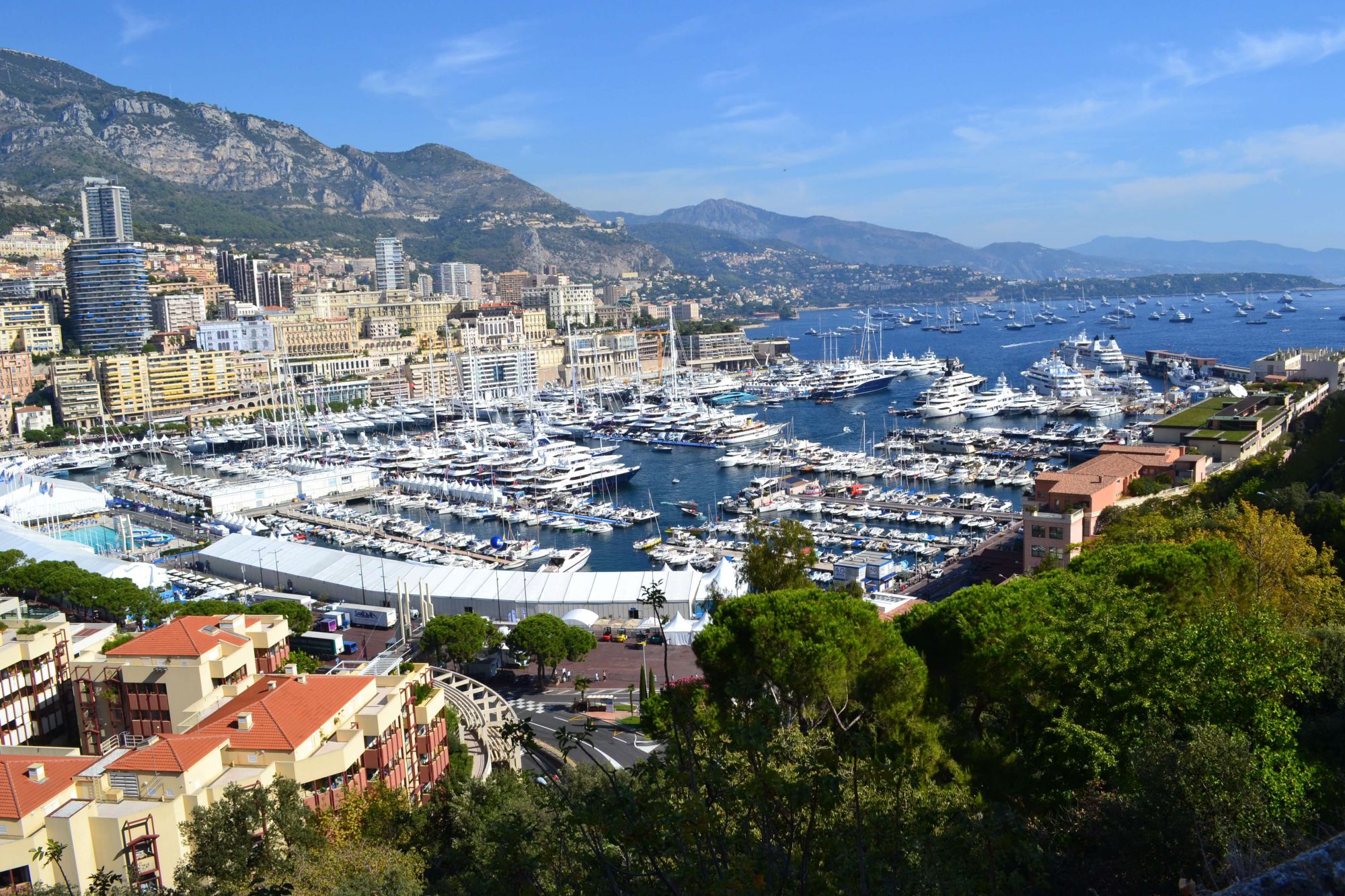 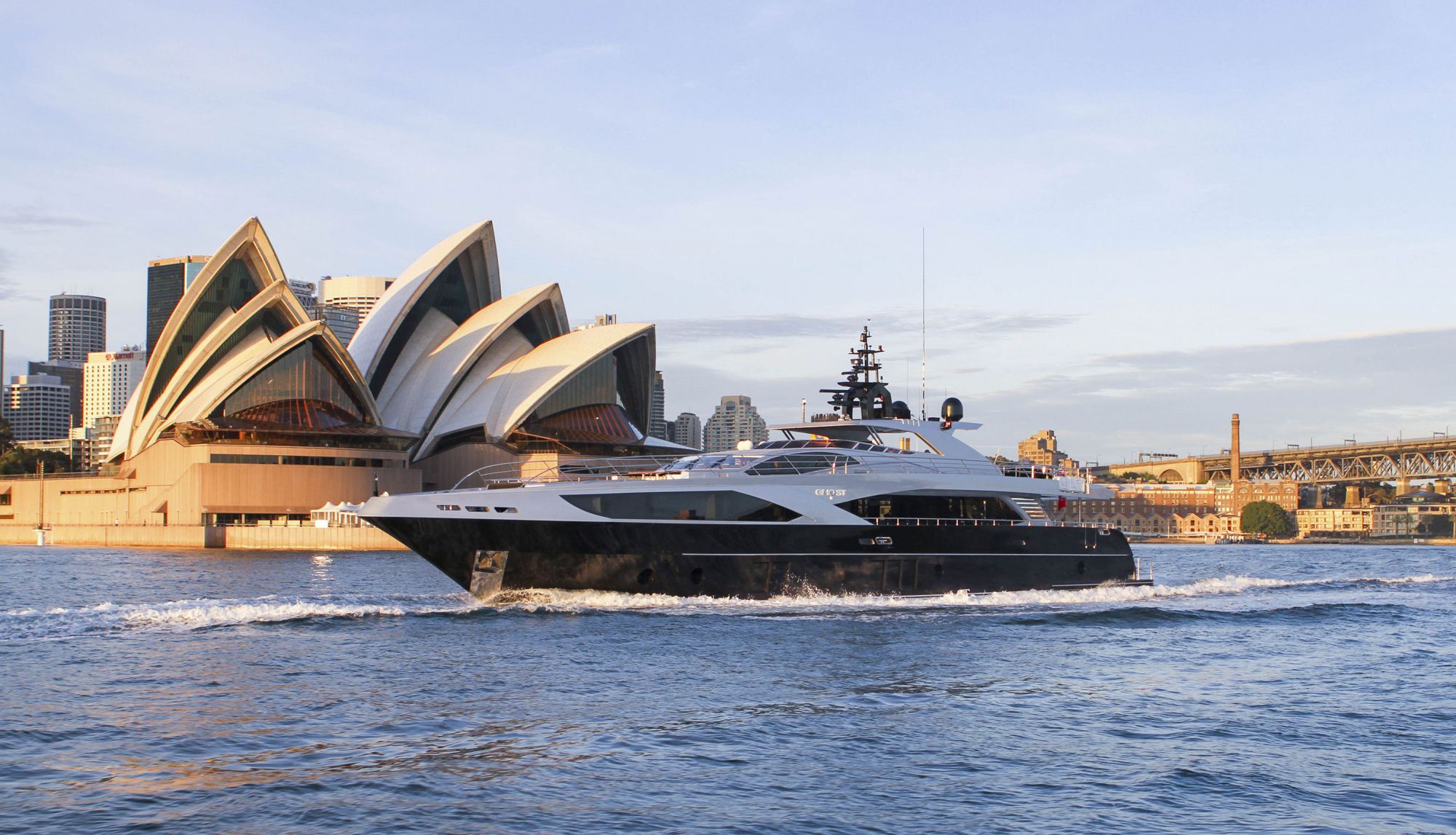 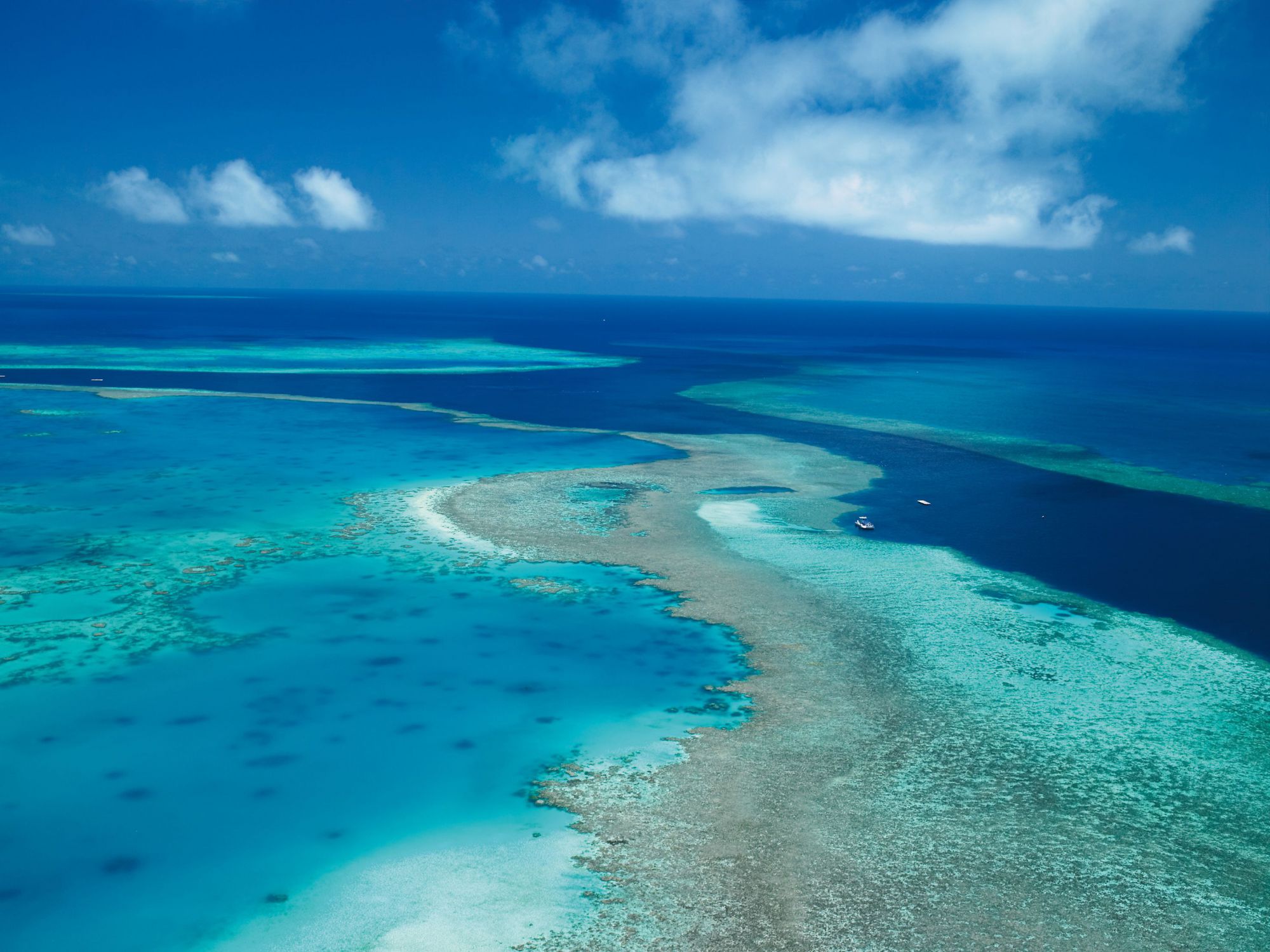 “We desperately need the superyachts back this year – to boost our morale after the cyclone, give us jobs, spend some money and get tourists back to the town,” she said.

“It’s a huge business all around the world and it could be here too – the Whitsundays is just as nice as Monaco or Greece, where you’ll be tying up 30 to 40 superyachts in the major ports,” said Don Cameron, owner of Master Butchers.

“When the superyachts are restocking for a five or six week cruise, they spend anything from $5000 or $6000, right up to $18,000 on really good quality produce from our store.” 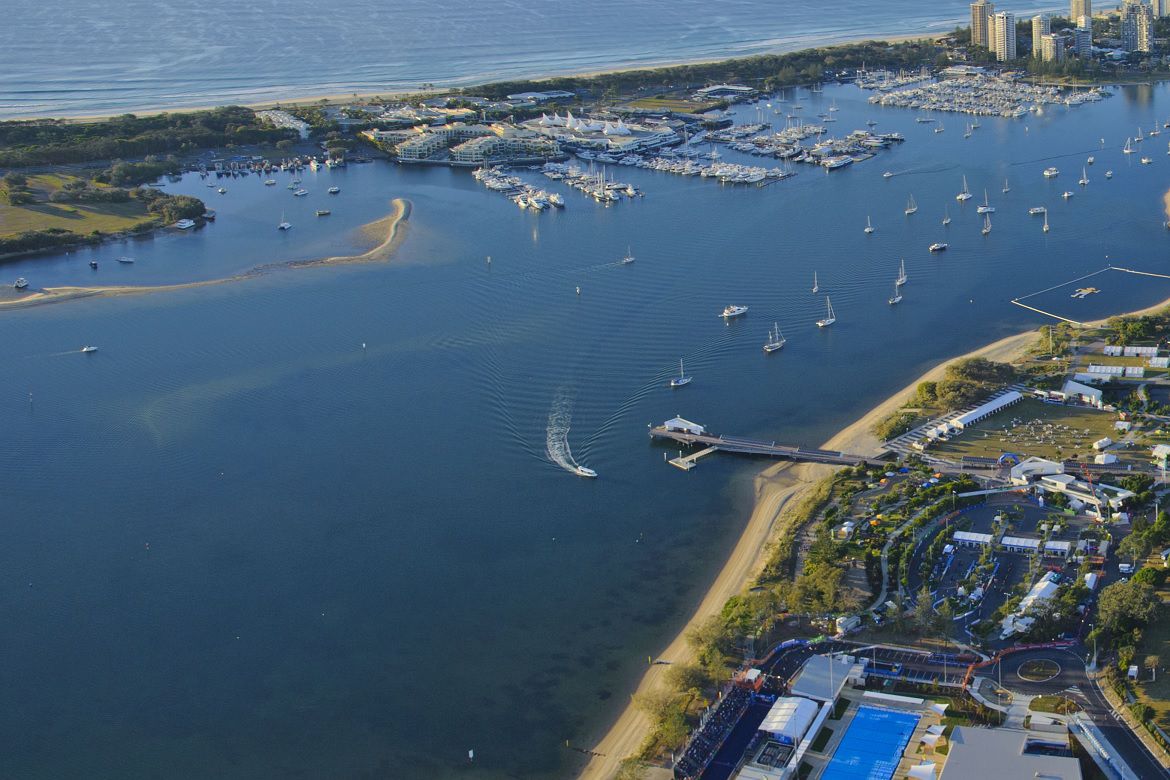 The Gold Coast Broadwater - home to Gold Coast City Marina and the epicentre of the Australian marine industry. 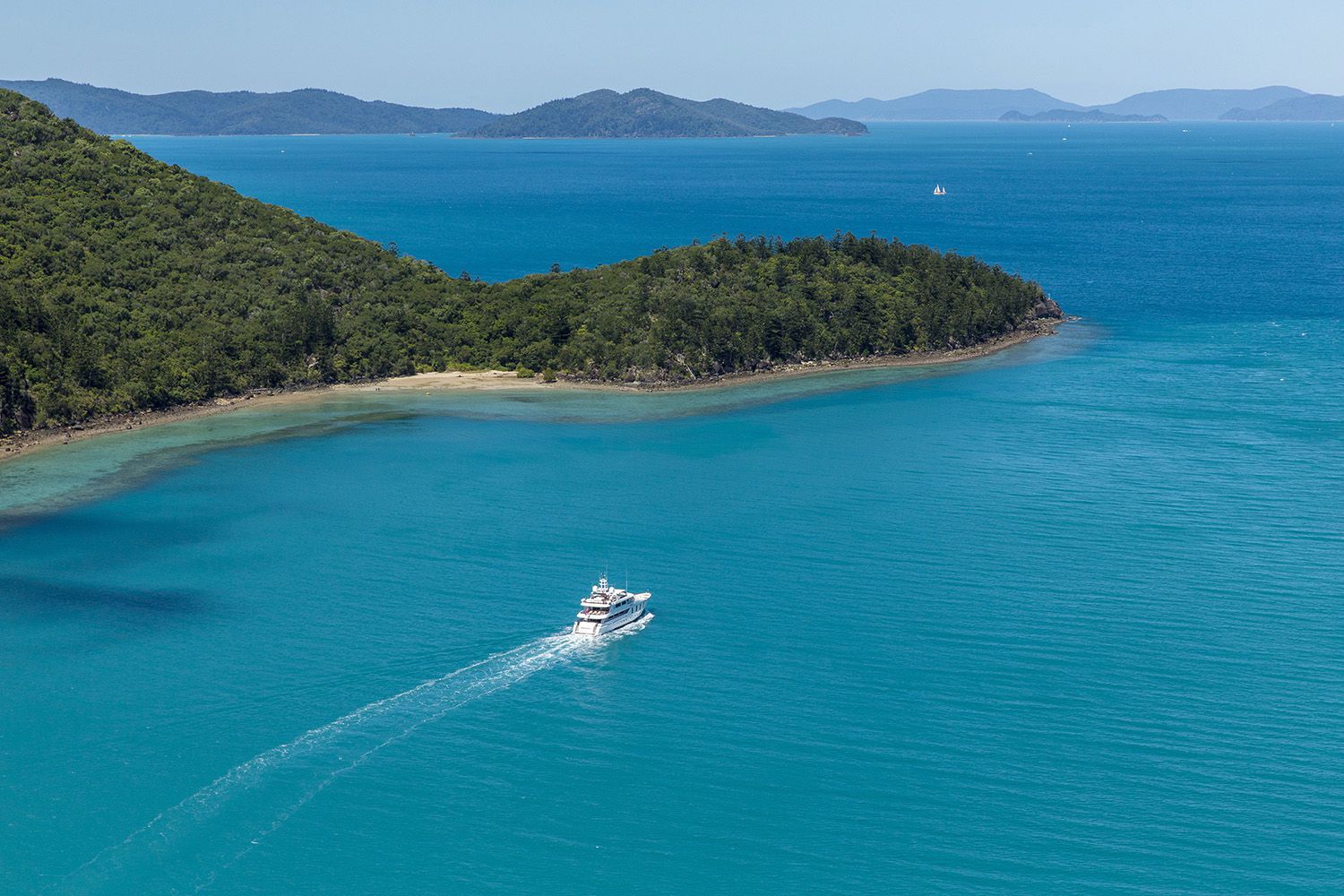 “We’re calling for the Australian government to fix our legislation, so foreign superyachts have freedom to charter here, like they do in New Zealand,” stated Ms Edwards, referring to the forecast boon to employment and allied industries, suppliers and tourism that would flow on.

Untapped economic benefits of superyachts to local businesses in Australia:

Luxury shopping sprees – foreign guests on superyachts spend an estimated $15,000 to $25,000 per day on land in Australia, in the days before and after their cruise. This includes an average $7,500 for luxury goods and services, such as jewellery, clothes, food and drinks.

Maintenance and construction of superyachts – contributed $400 million in gross product in 2016.

Transport and warehousing of superyachts – $77 million in gross product in 2016.

Accommodation and food for superyachts – $50 million in gross product in 2016.

Forecasts gross state product from superyacht industry in 2021, with and without policy change: 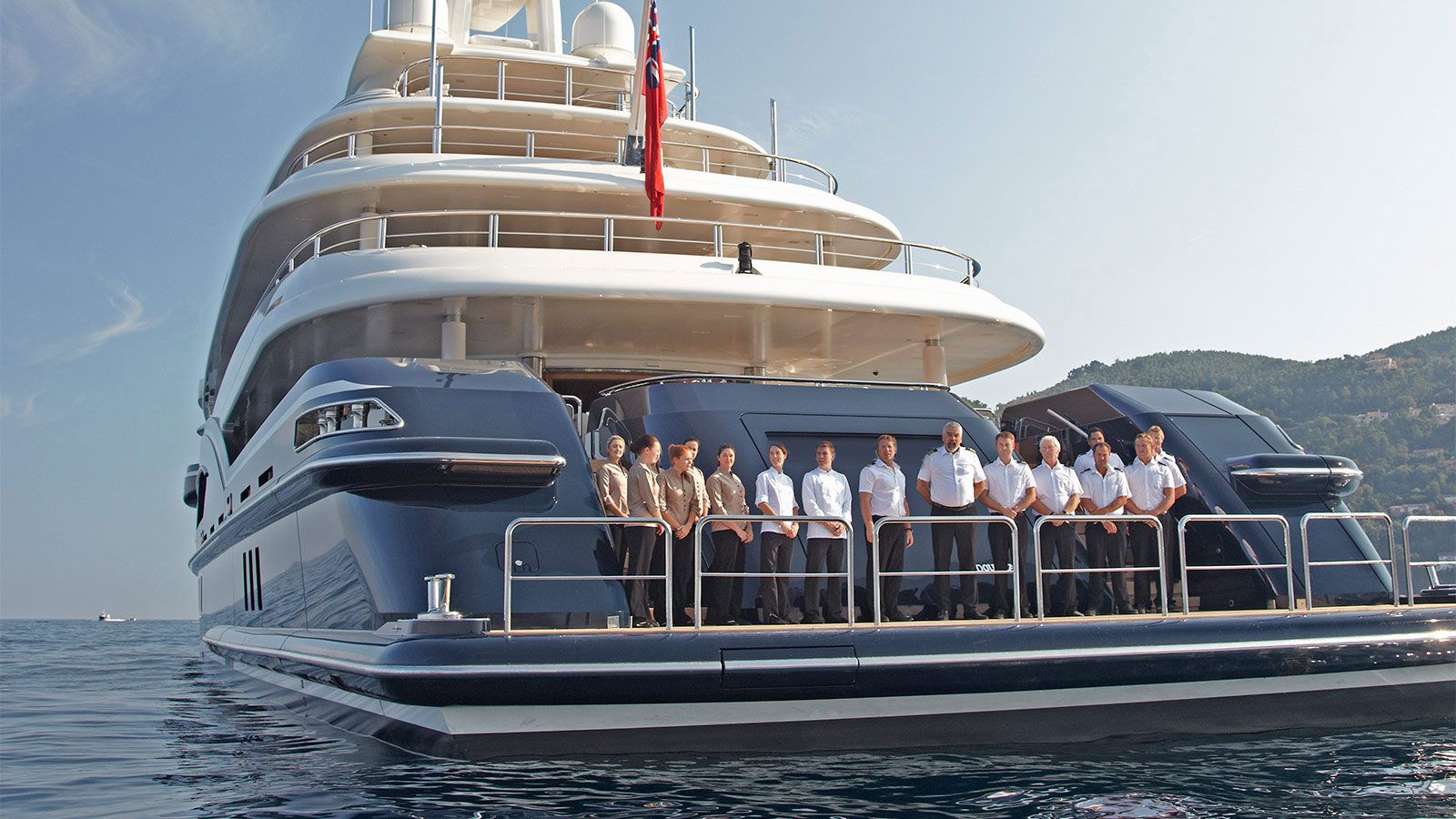 The value of crew employment and spend while in our waters were also included in the study. 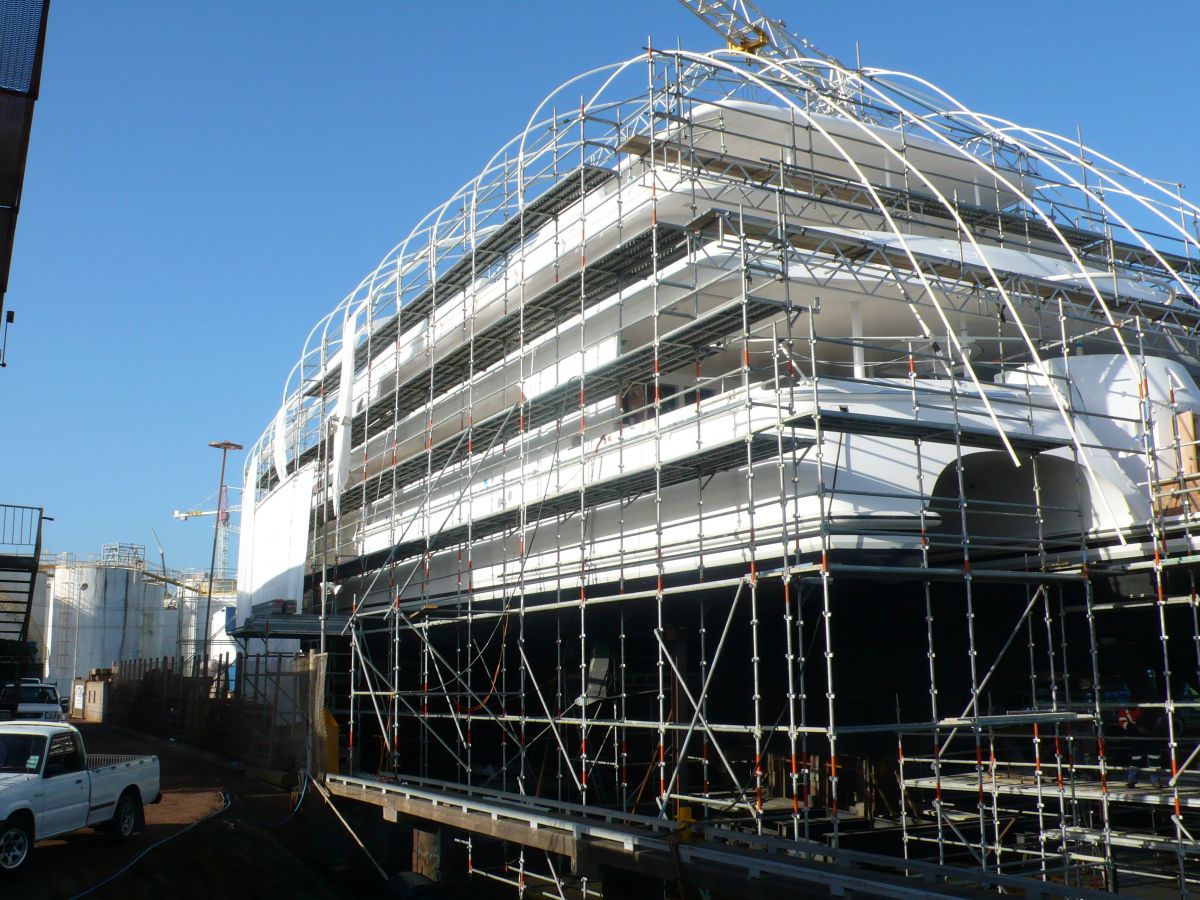 Manufacturing and maintenance are significant contributors.

The study took six months to complete and captured primary data from industry participants right throughout the supply chain, and, for the first time, establish an accurate and reliable picture of the sector and its growth potential.

Data was collected around the three core components of the superyacht sector – design and construction of new vessels, operations and maintenance of vessels for private leisure, and charter operations (covering domestic and overseas vessels) – as well as the economic impact of tourism expenditure from visitors undertaking other activities in Australia either side of their cruise, and expenditure brought into Australia from overseas crew when they are not actively working.

The full report and analysis, with comments from government and industry will appear in the May issue of Ocean magazine.

Come fly with me

Come fly with me