After much anticipation, CL Yachts’ first Sea Activity Vessel (SAV), the CLX96, has made its technical launch.

CL Yachts has launched the first of its 25.5-metre Sea Activity Vessels (SAV), known as the CLX96.

The splashing of the 29.5-metre yacht was briefly held up due to issues surrounding the pandemic, but now the process is humming along smoothy, which is excellent, because the vessel has already received much fanfare for its innovative design and luxurious features.

CLX96 has previously won GOOD DESIGN Award 2020, a Bronze A’ Design Award 2021 as well as the prestigious award from the International Yacht & Aviation Awards 2021.

CL Yachts is world-renowned for combining forward-thinking construction processes with top-notch fit and finish and seakeeping that is the envy of every builder in its class and then some.

CLX96 SAV’s rugged performance is mirrored by her unique aesthetic, which masterfully blends gracefulness and muscularity into a style that is “workboat chic”. 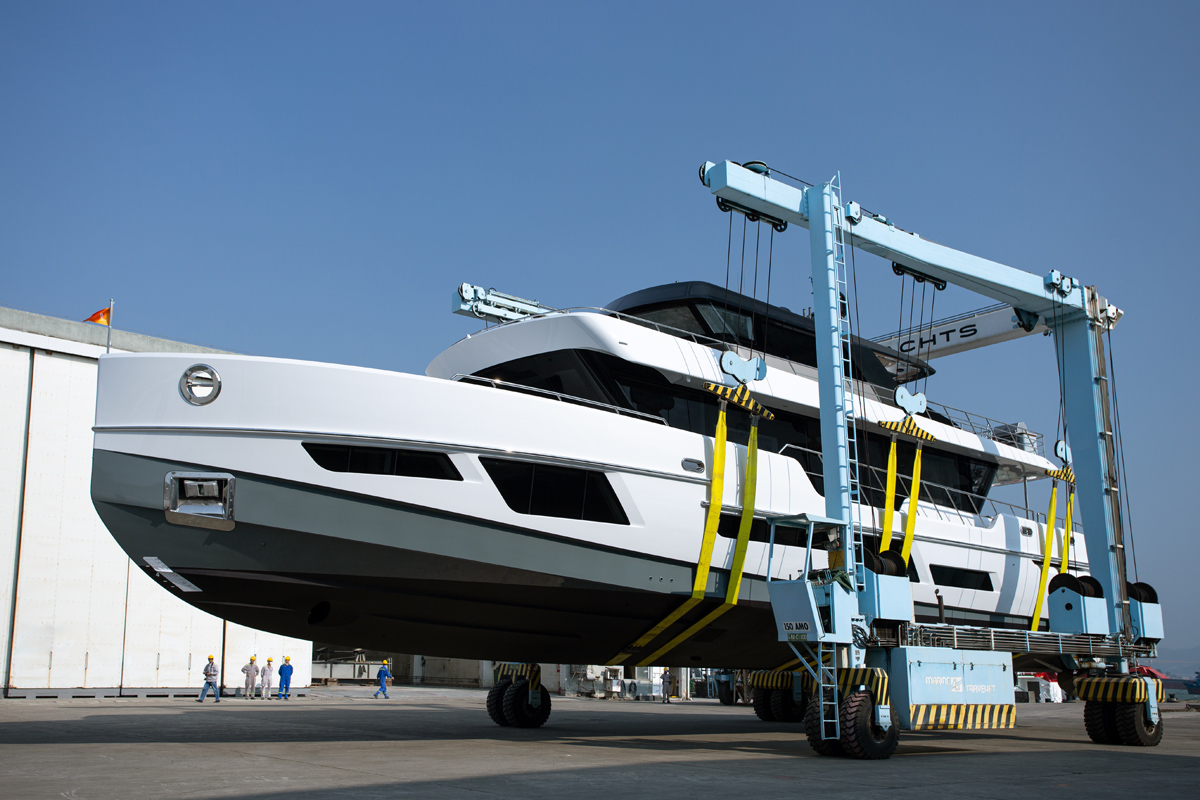 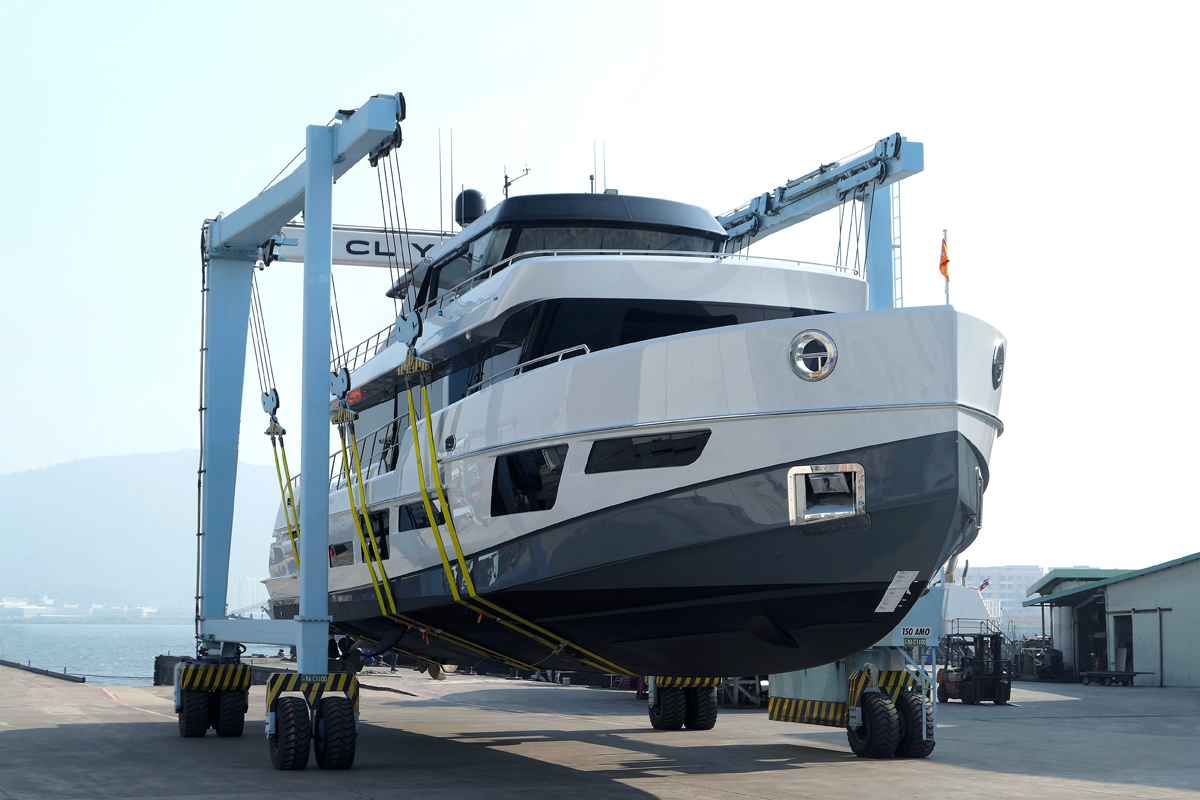 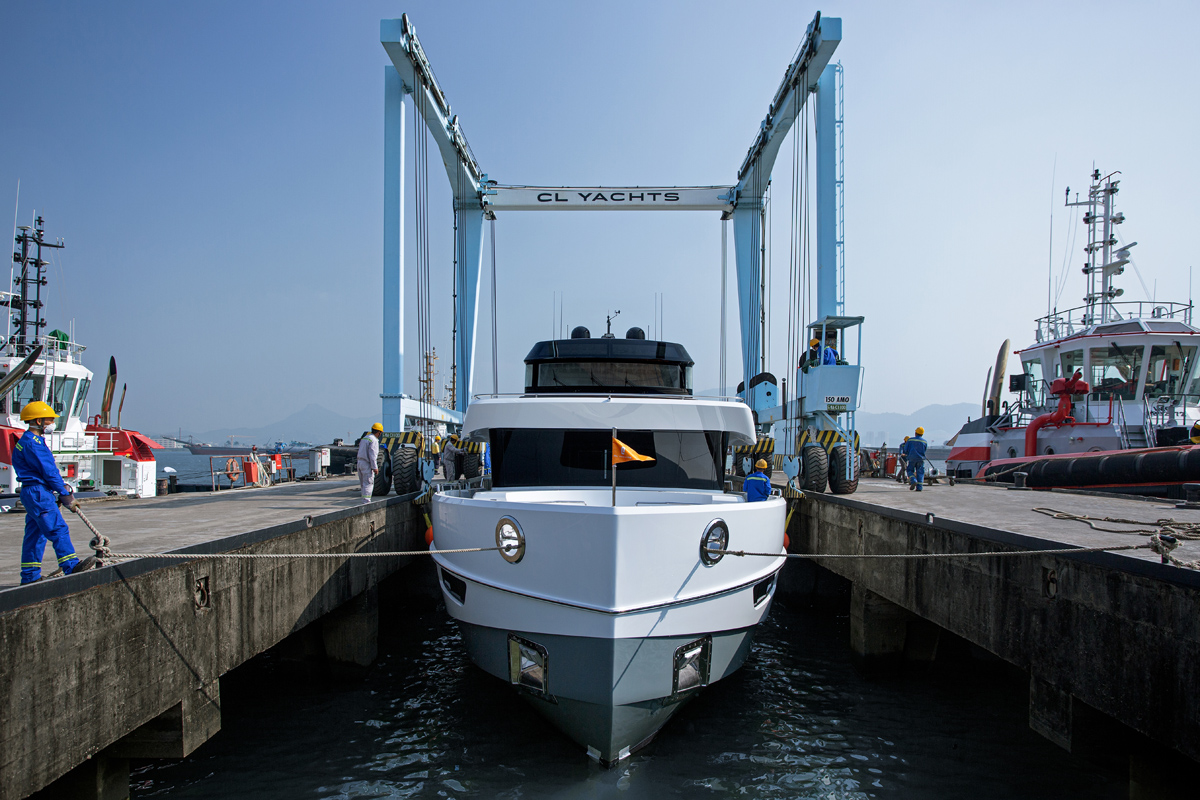 Paramount to this look is the yacht’s two-level deckhouse with reverse-sheer windshields.

The angle of those windshields has a highly functional, multiple purpose; First, in rough seas, water washes away from a reverse sheer smoothly and efficiently, ensuring good sight-lines when you need them the most.

Secondly, the angle of the windshields reduces a greenhouse effect in the interior, keeping it cool and comfortable for passengers.

The windshield works in concert with CLX96’s instantly recognisable plumb bow to make this yacht the star at any harbour she may visit.

A final advantage is that the vertical windows allow for more interior space, a major reason why this yacht feels so massive inside.

The instantly iconic profile was dreamed up by Milan-based designer Jozeph Forakis, who is best known for his work outside the yachting industry, brought a fresh touch and a rebel’s insight to the sketches.

Speaking about CLX96’s living space, Forakis, who drew inspiration from the New York City loft in which he was born, said “The yacht’s distinctive profile is born from observations of living habits at sea and reconsidering the preconceptions of space, comfort and conviviality.

“Of course, comfort is a priority on a luxury yacht, but I also want those onboard to always be aware that they are on a ‘vessel’ built to transport them through space and time.”

CL Yachts anticipates a cruising speed of 22 knots and a top speed of 27 knots (at half load), thanks to her powerful and efficient twin Caterpillar C32 engines.

And now that this one-of-a-kind yacht has hit the water, the builder can attend to the many refinements and final adjustments that she’ll need before she is ready to present herself to the world at large — where the smart money says she’ll make quite a splash indeed.