Miss Silver has been declared the overall winner of this year’s Millennium Cup, effectively marking an end to the New Zealand’s racing season.

Sadly, the lack of breeze for the final day of the Millennium Cup ultimately resulted in the Royal Huisman Race Day being cancelled.

While the race committee did attempt to work around the conditions, the fleet heading to Motuarohia Island to make the most of the blue skies in lieu of a decision, the announcement came at 3 pm NZT to confirm that the third day of the Millennium Cup would not go ahead.

“Due to the unstable nature of current weather conditions, and the time it would take to get underway before the cut-off point, we will now display AP over A,” declared principal Race Officer Harold Bennett.

But the news didn’t dampen spirits, the race day instead transitioning into a day off as crew members dived into the waters of Motuarohia and swung from halyards while an inquisitive pod of dolphins watched on. 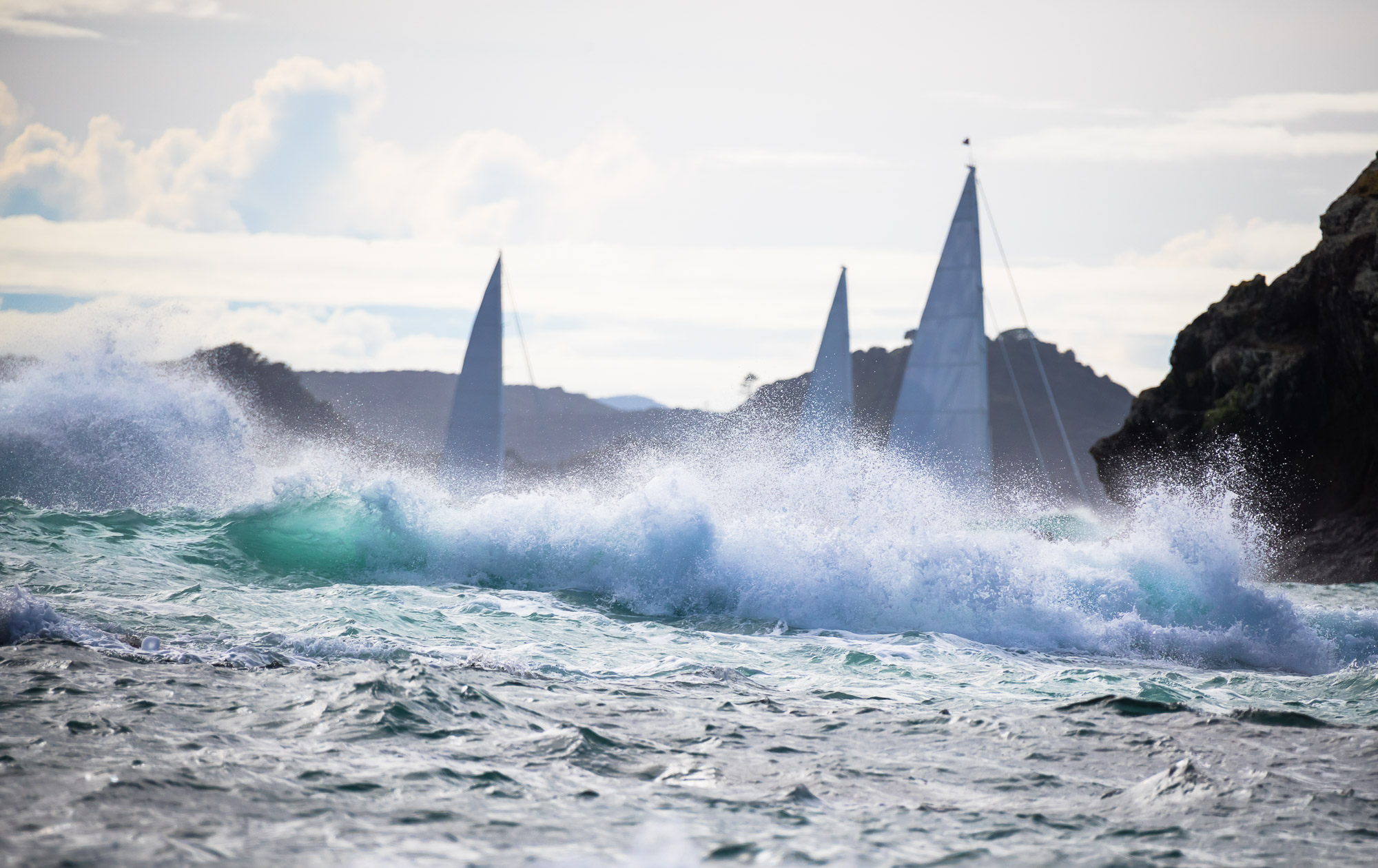 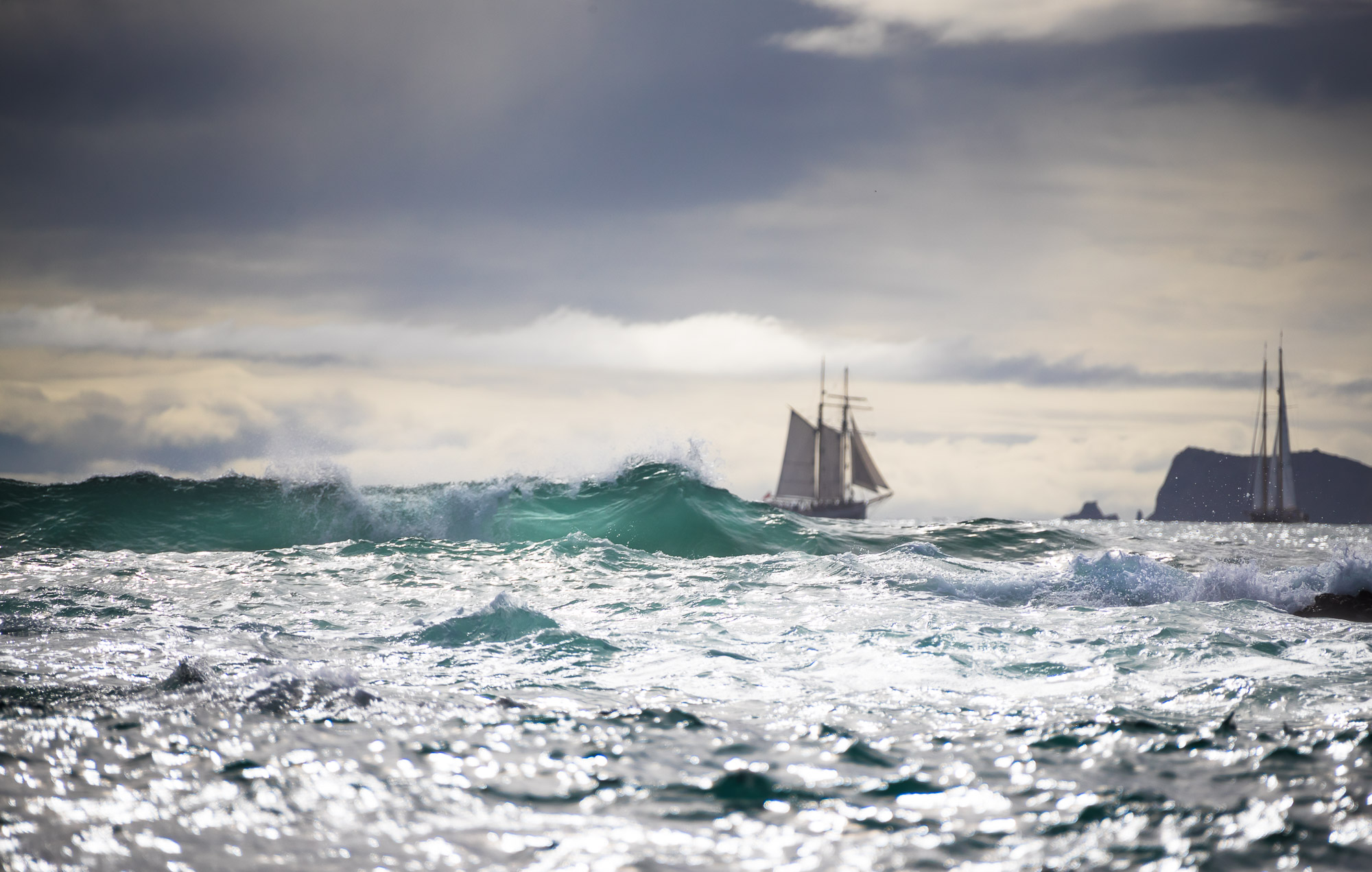 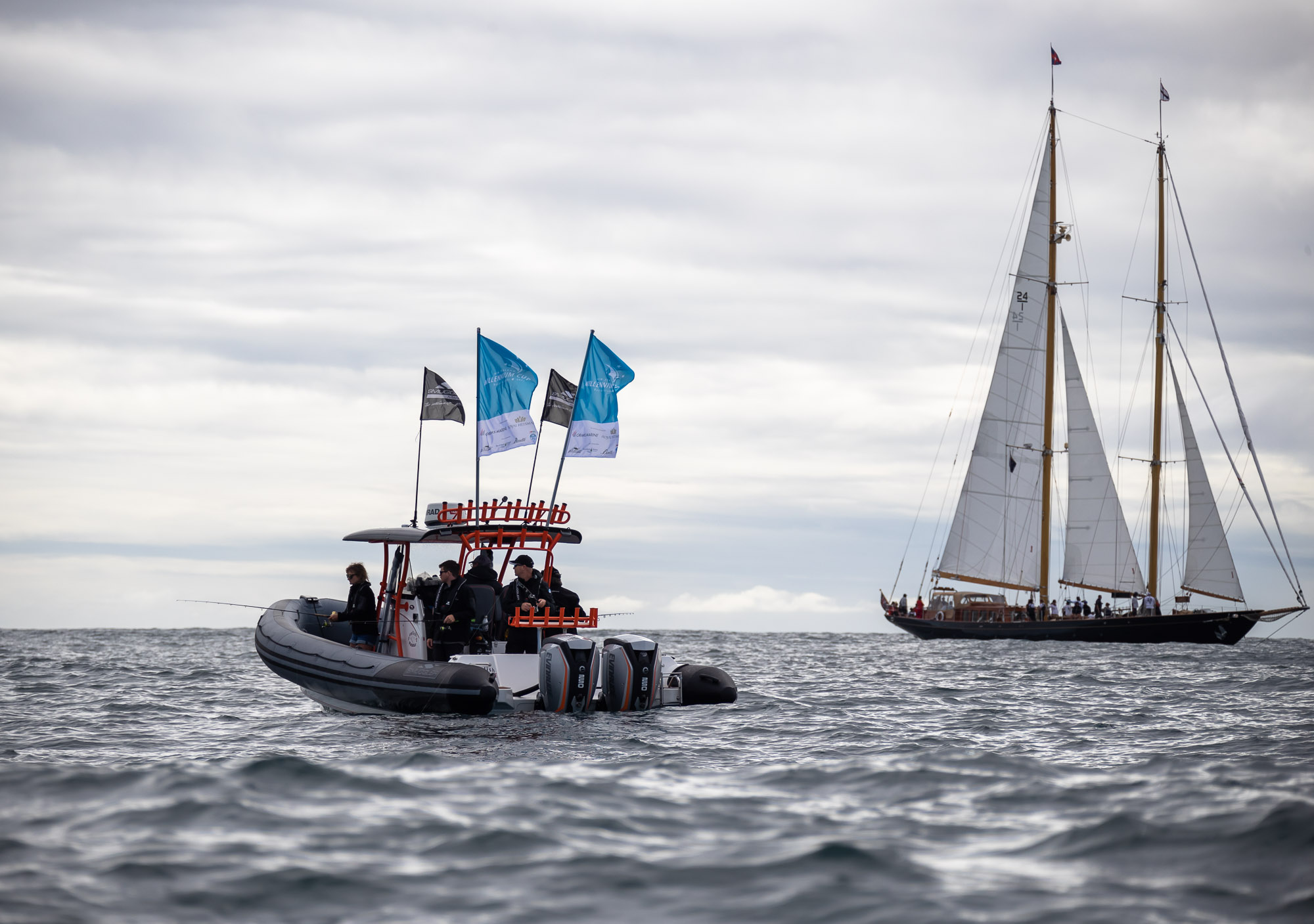 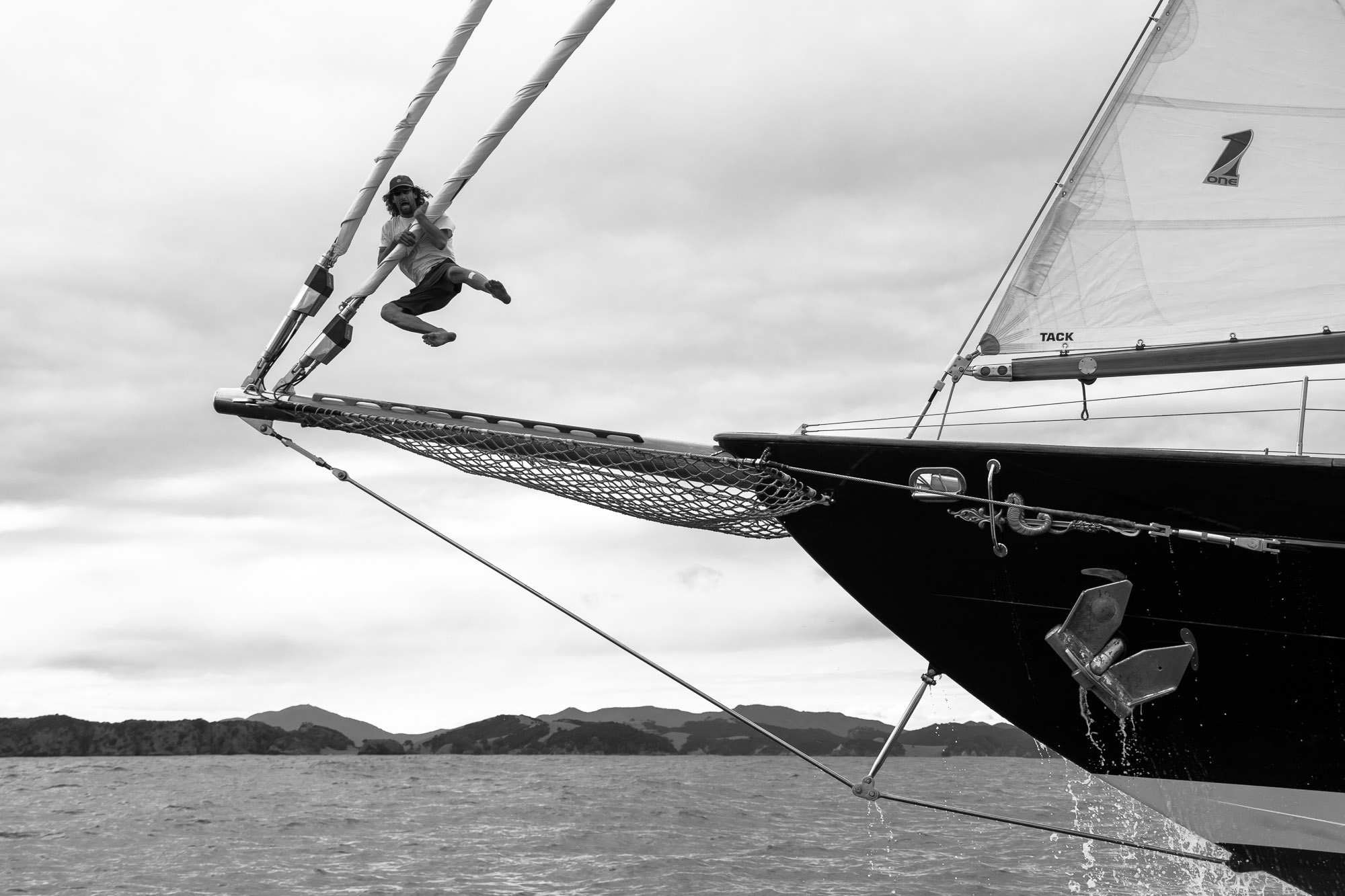 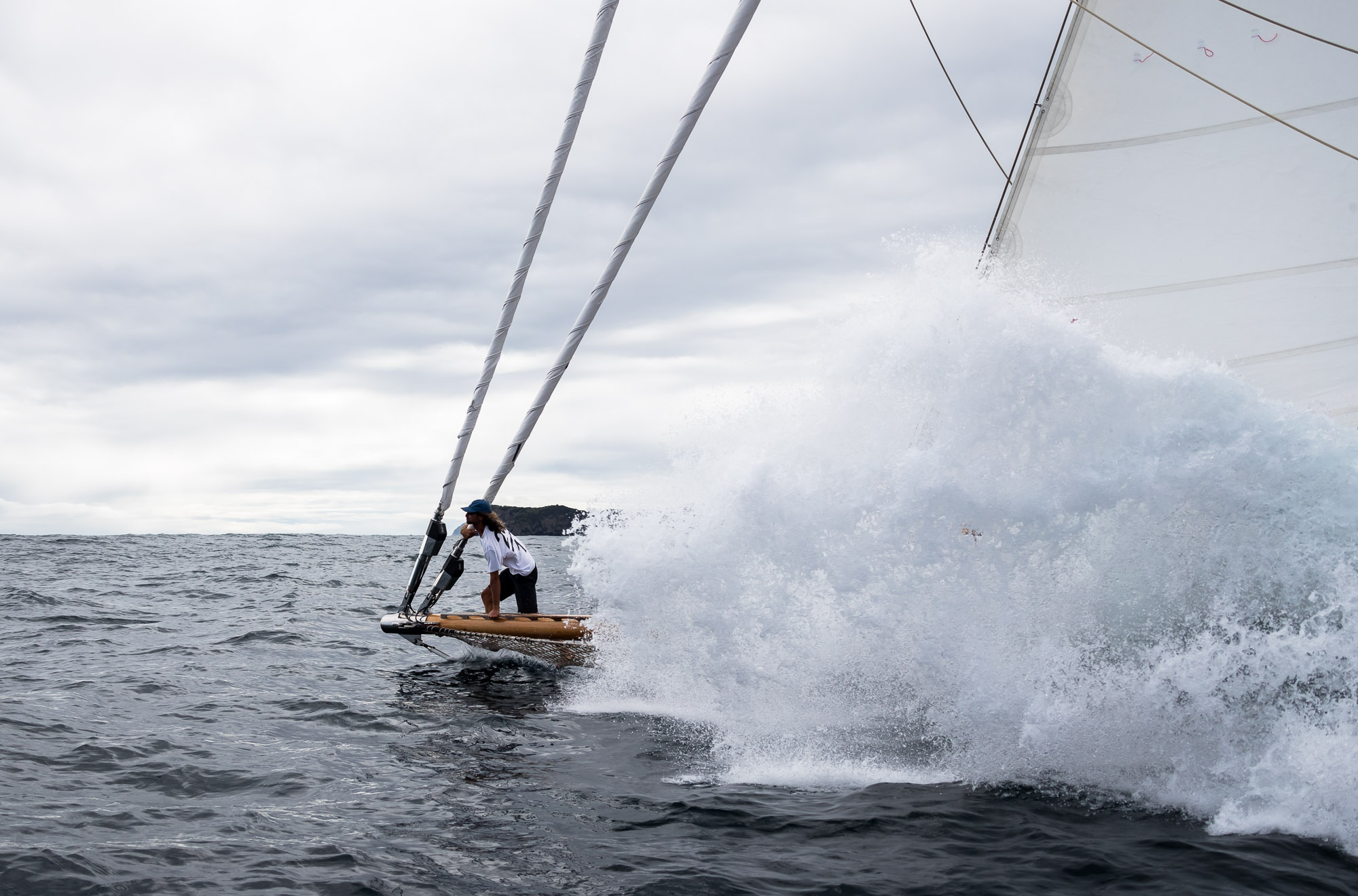 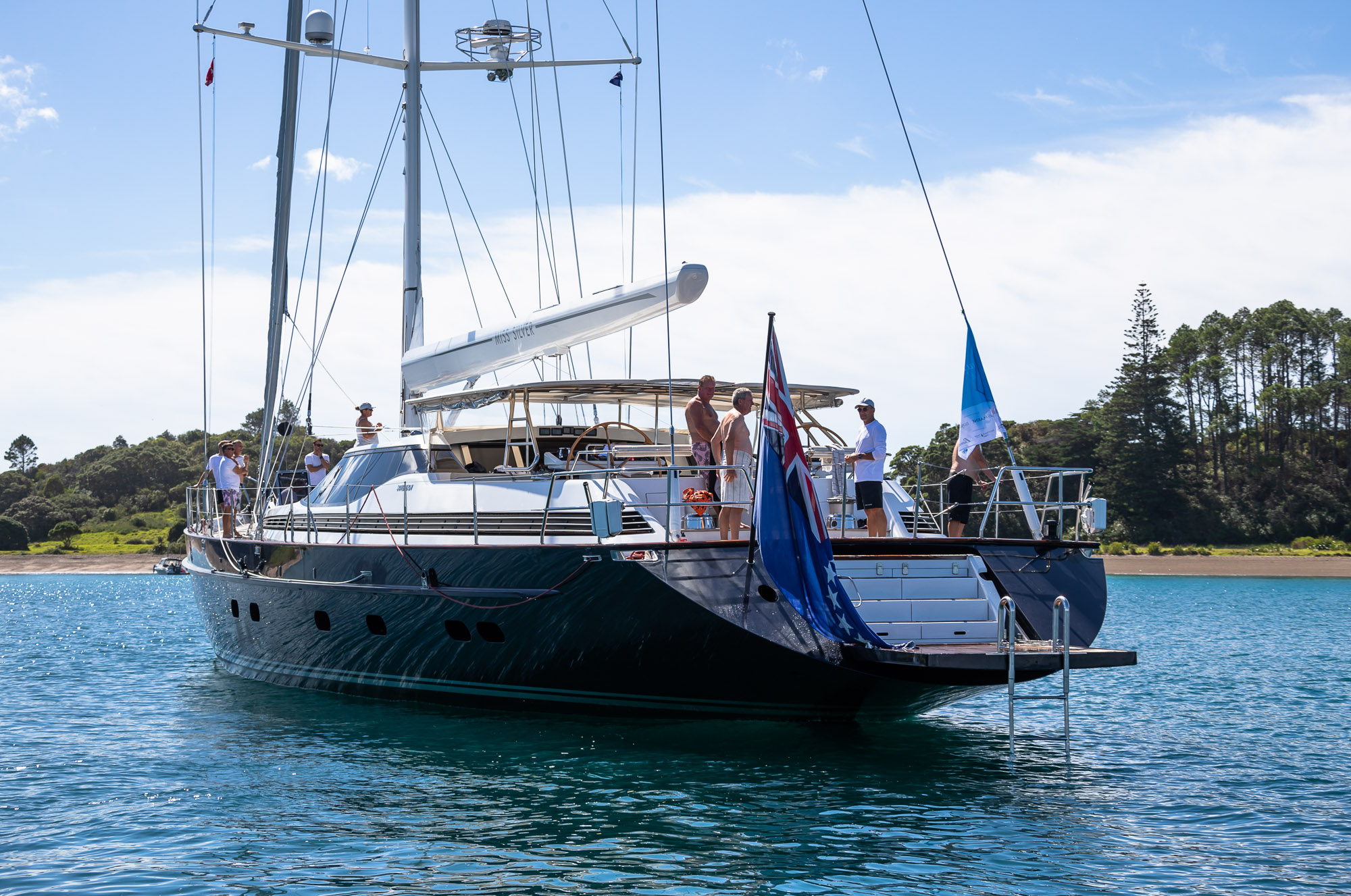 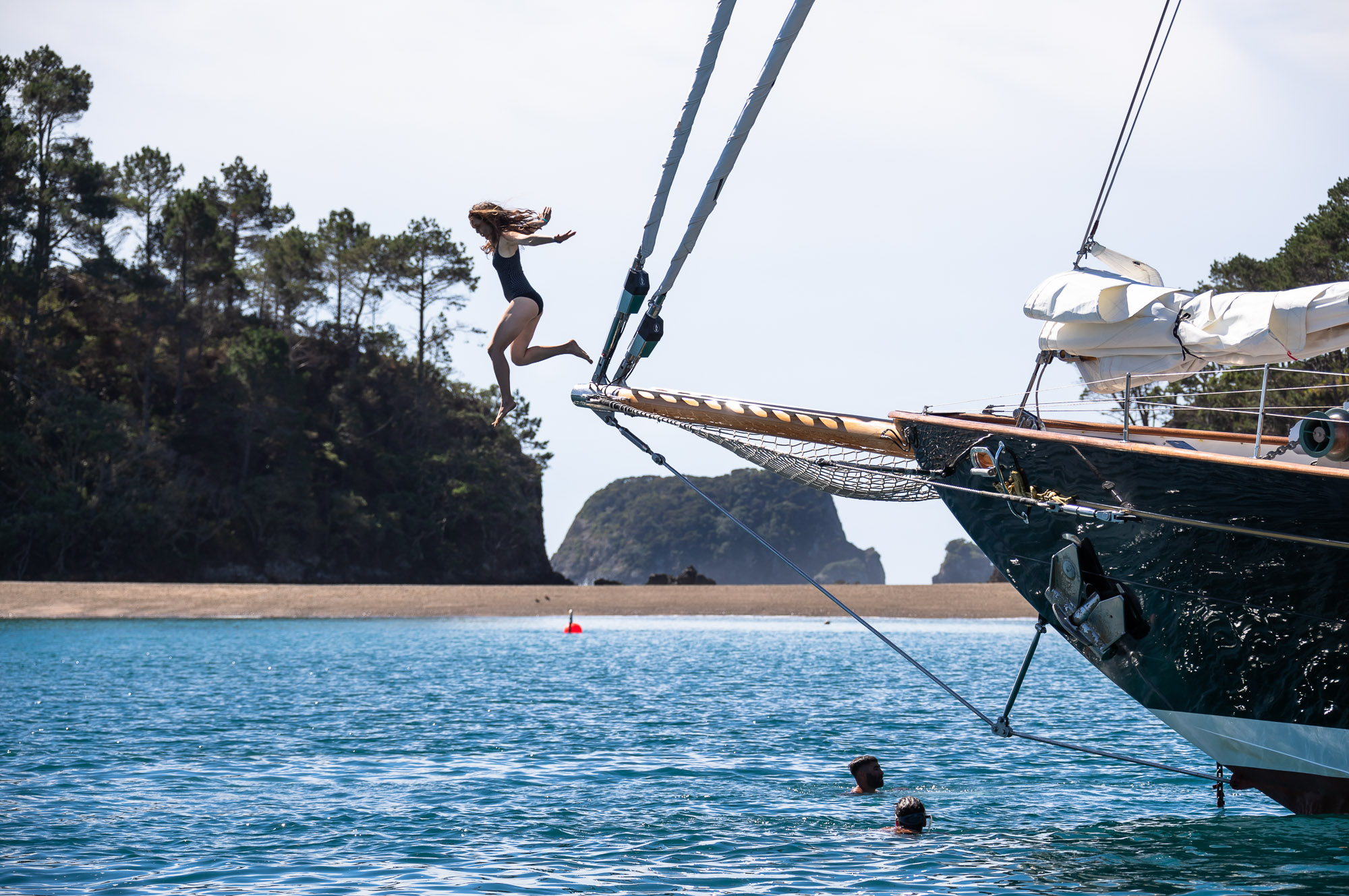 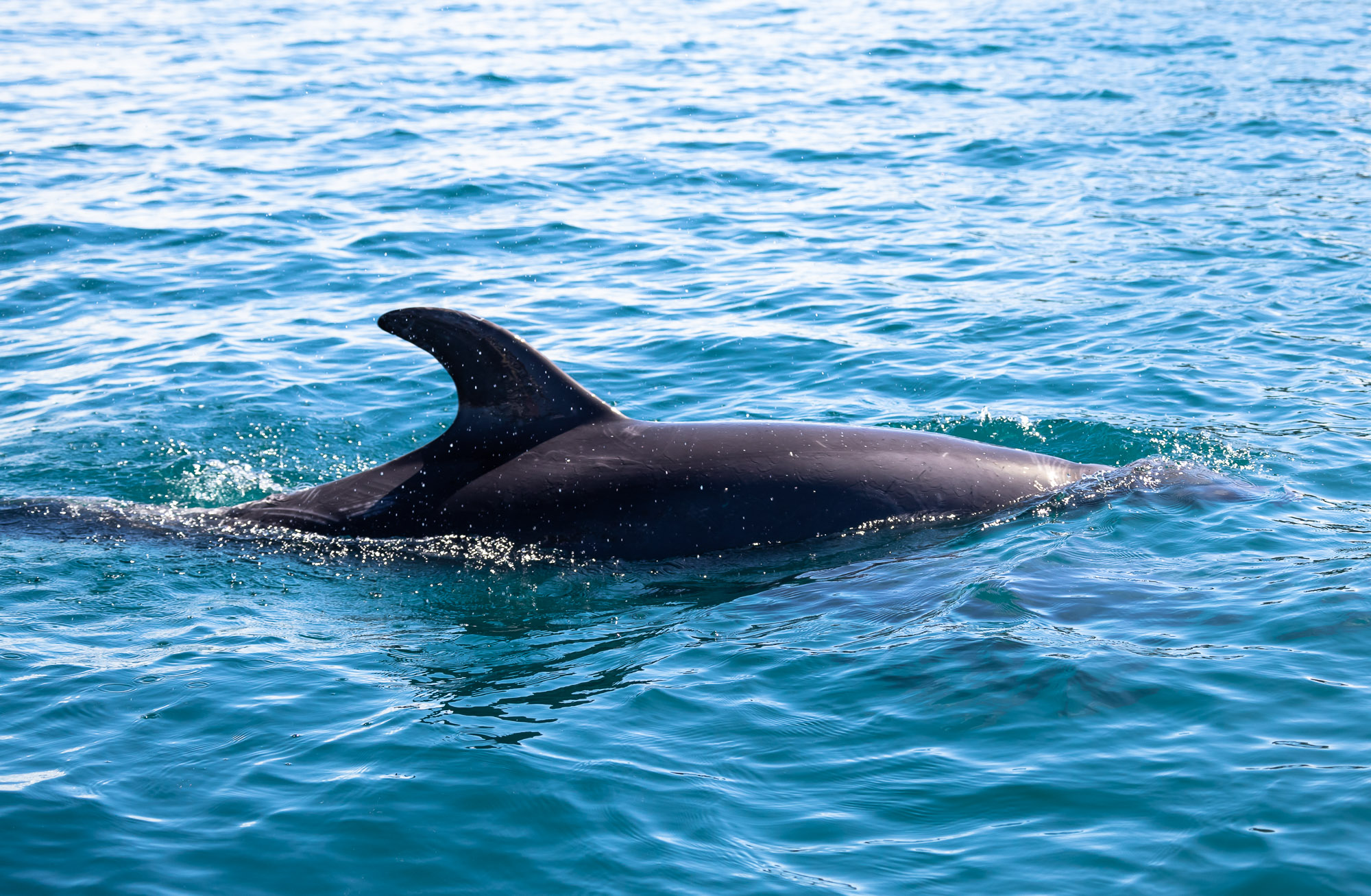 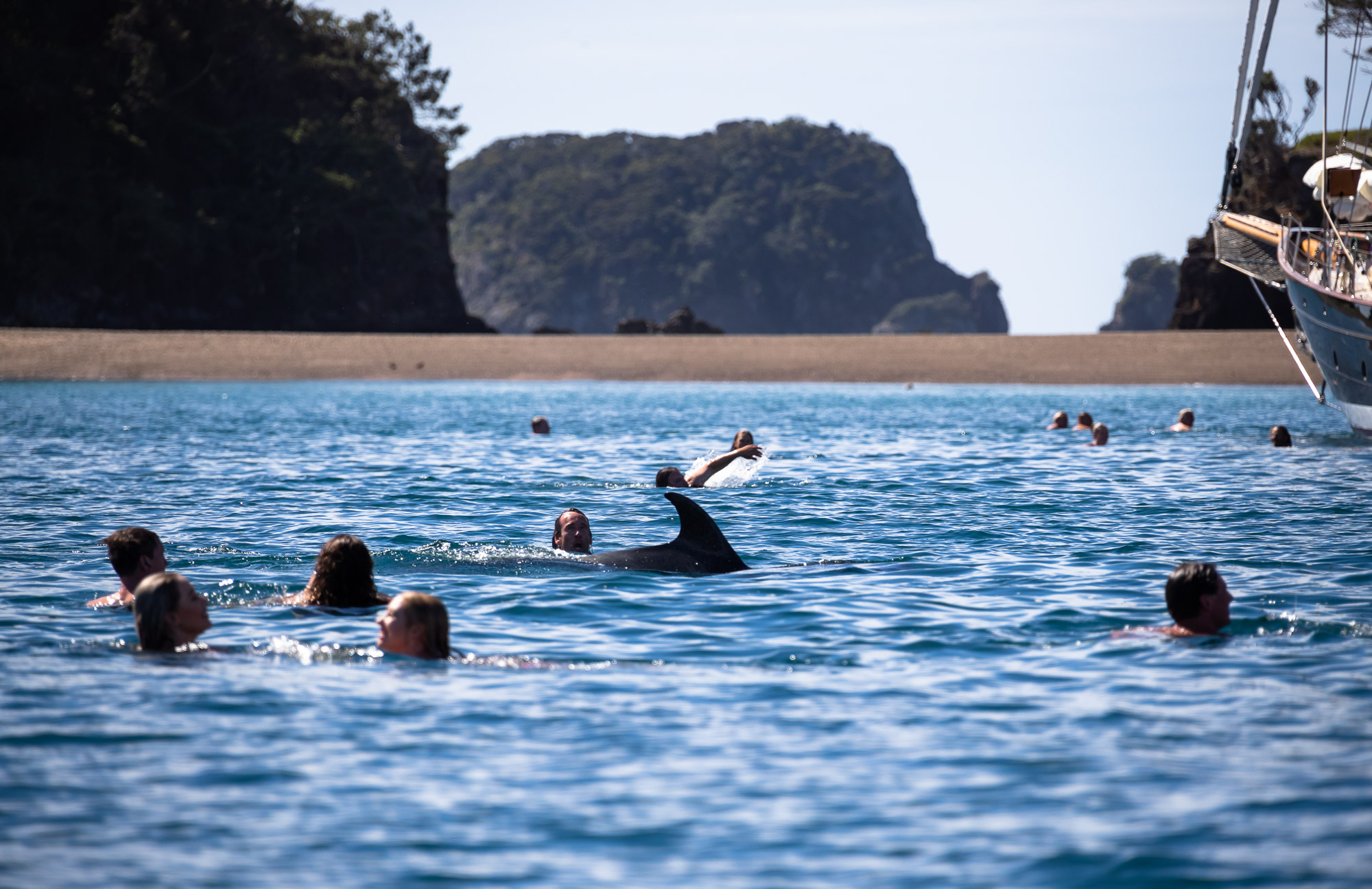 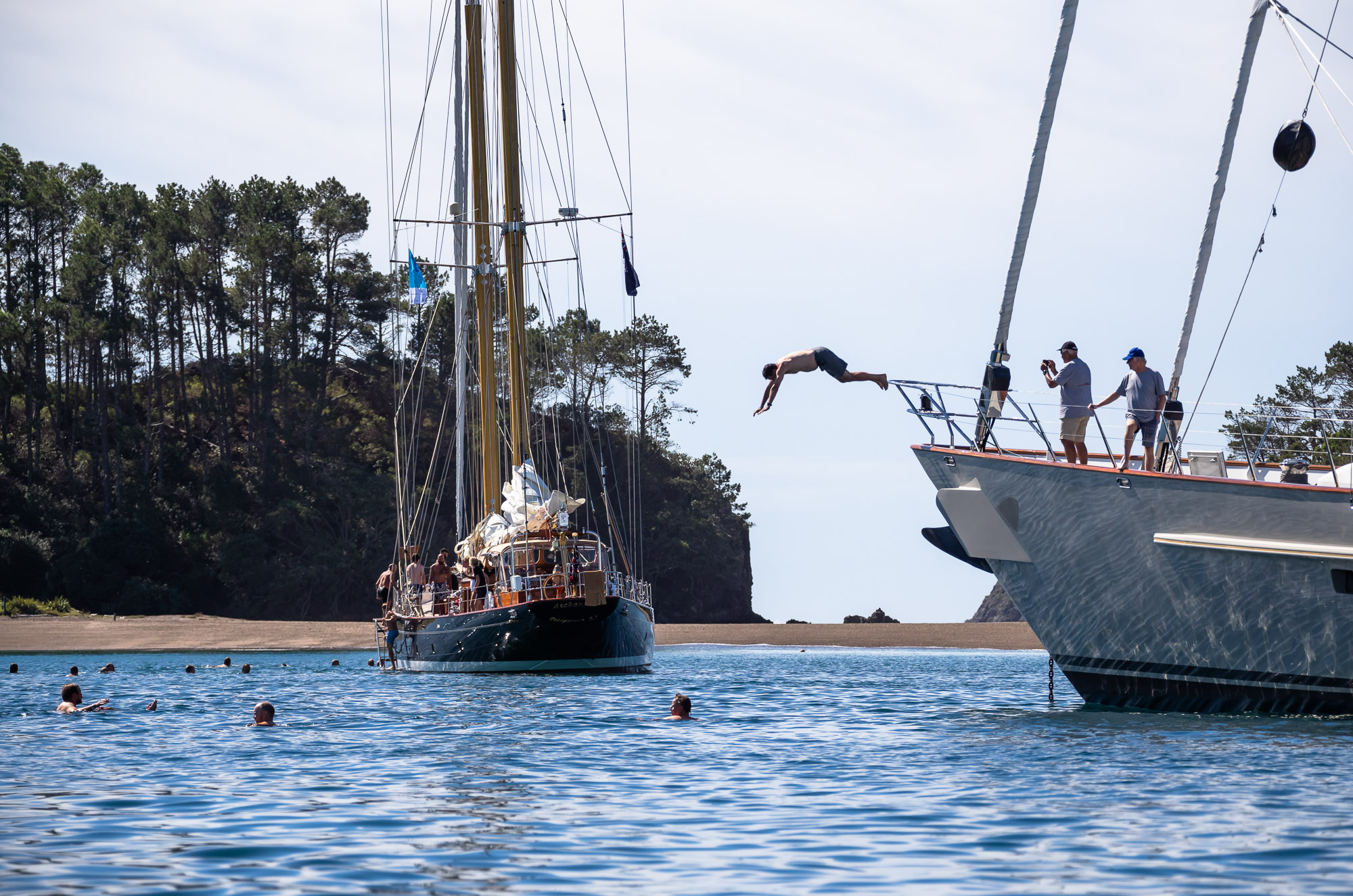 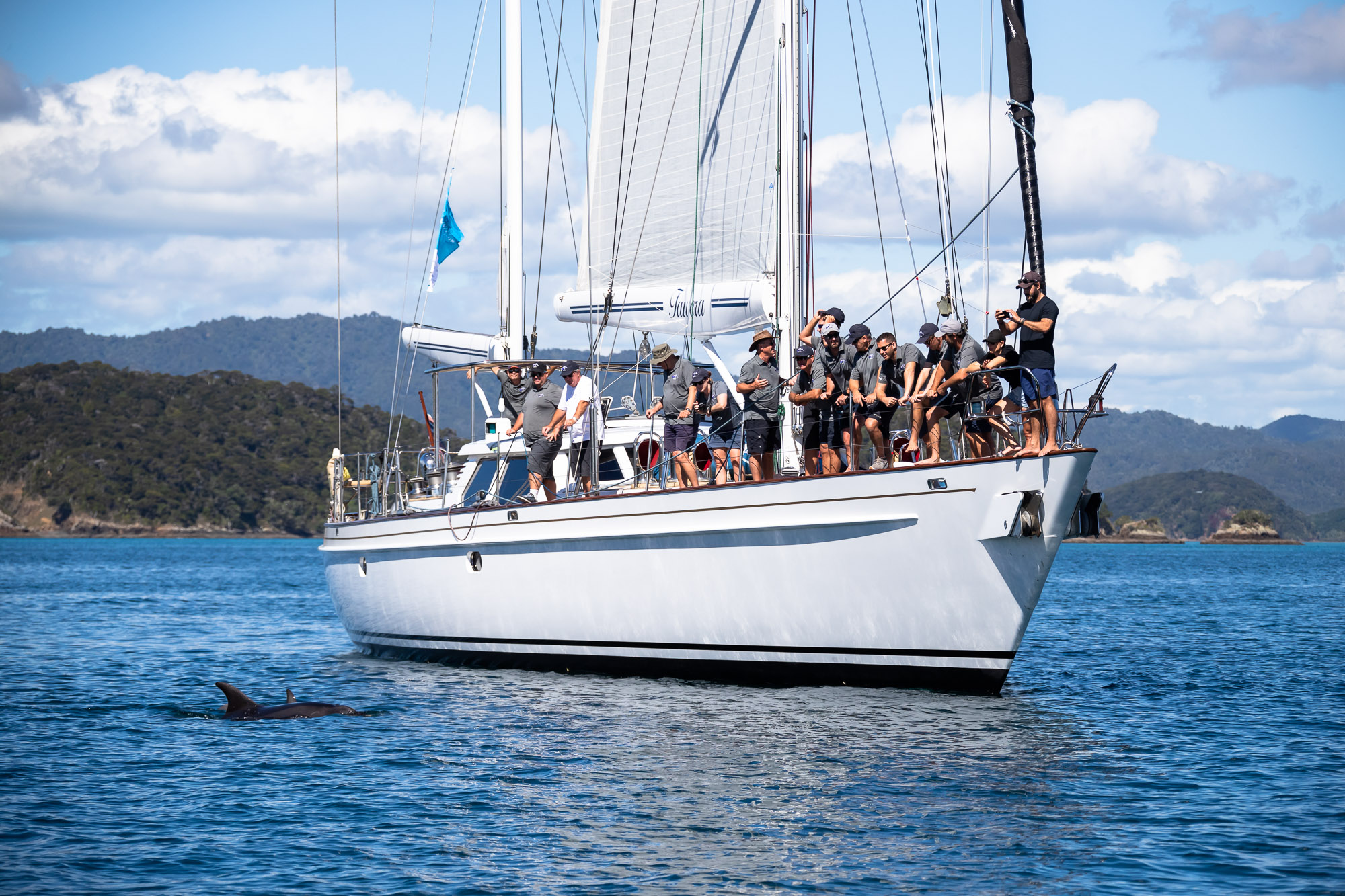 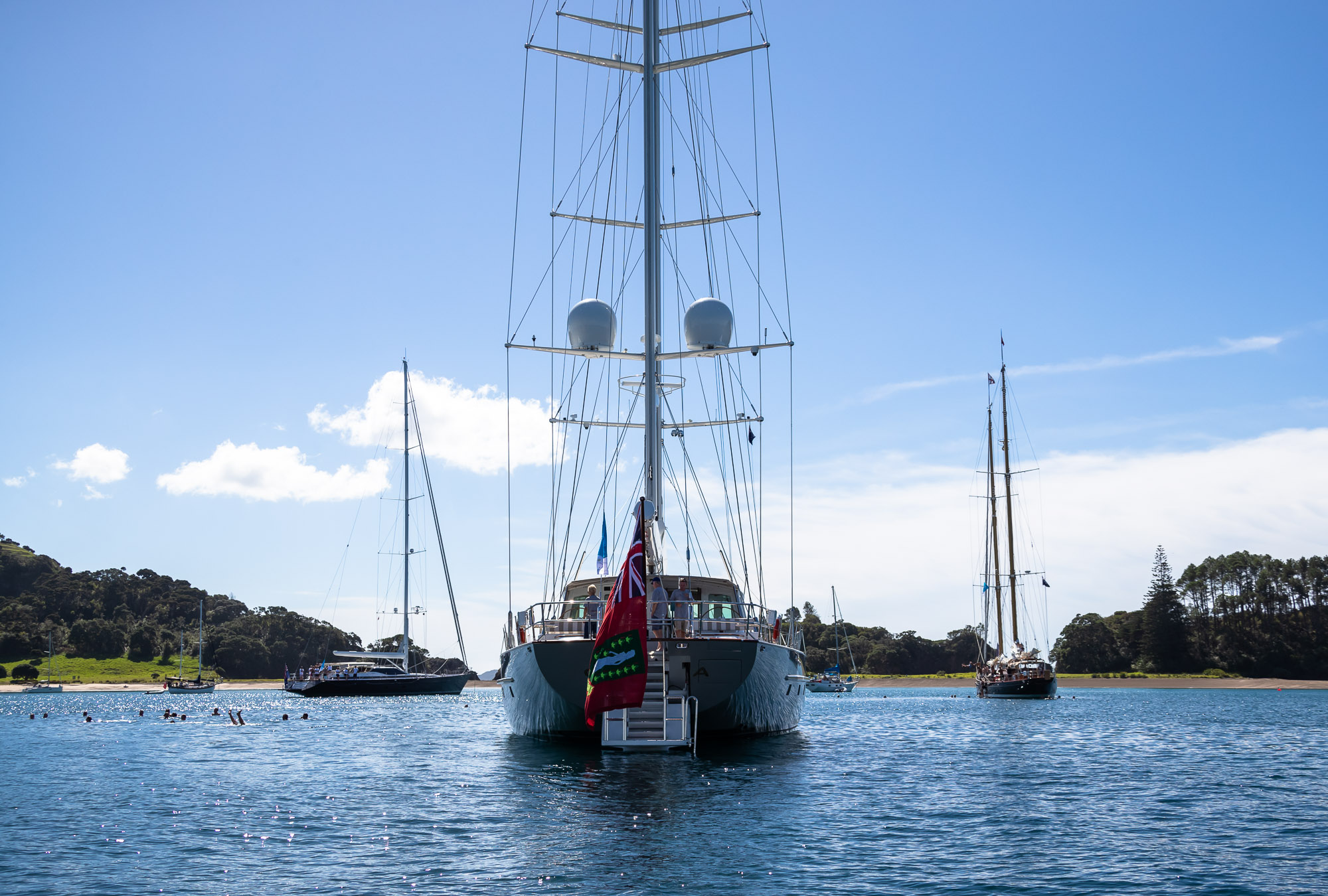 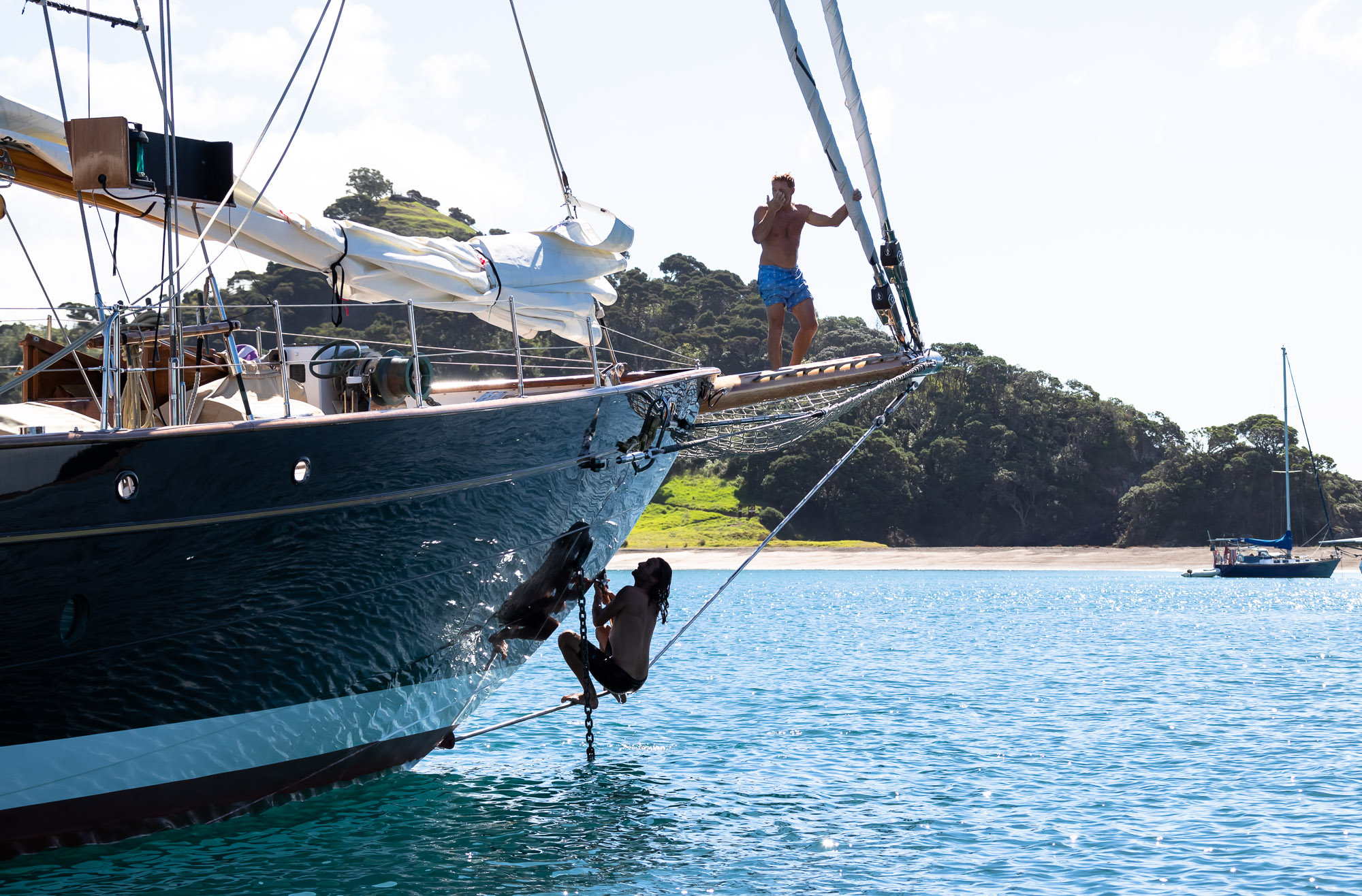 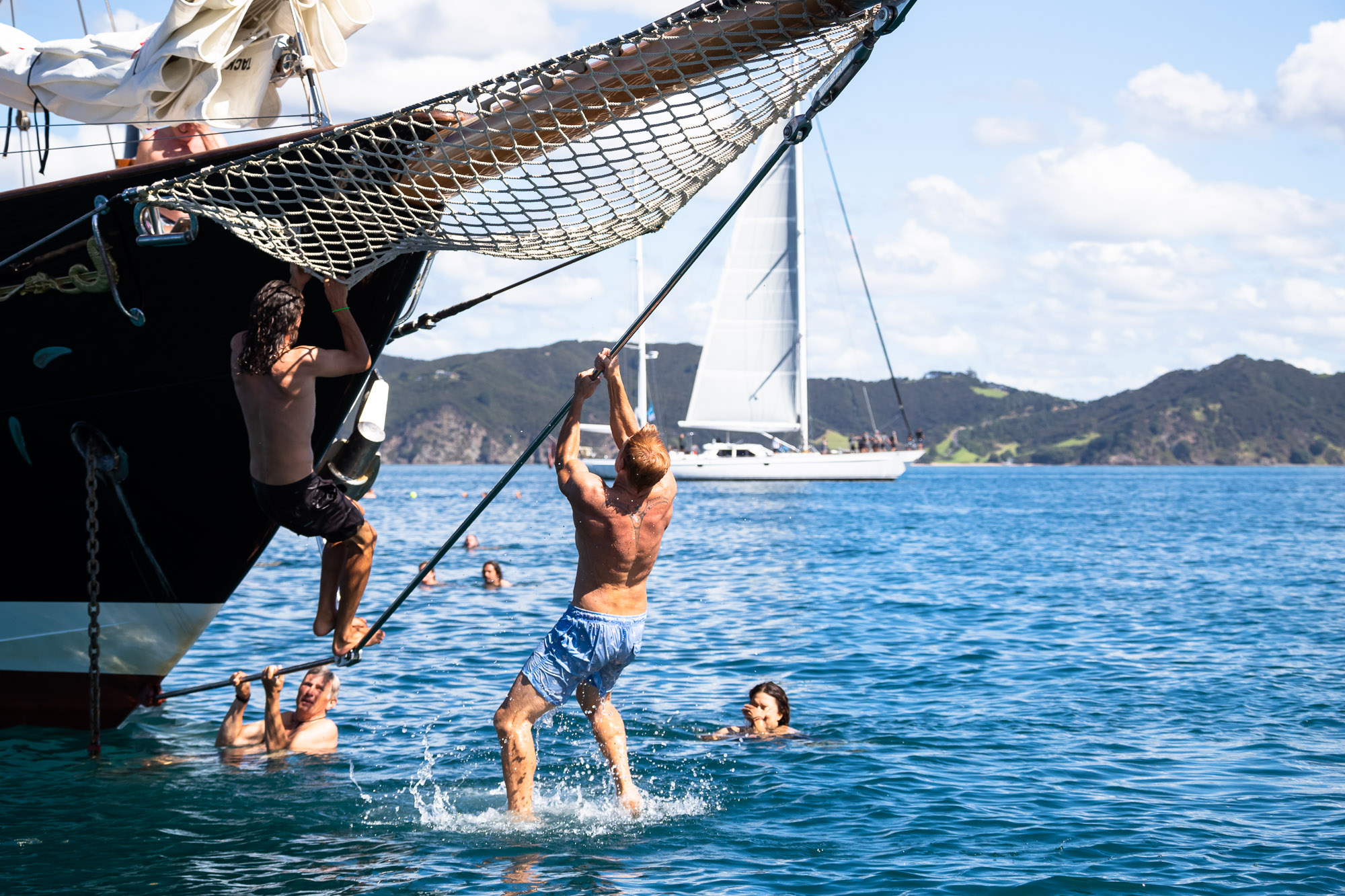 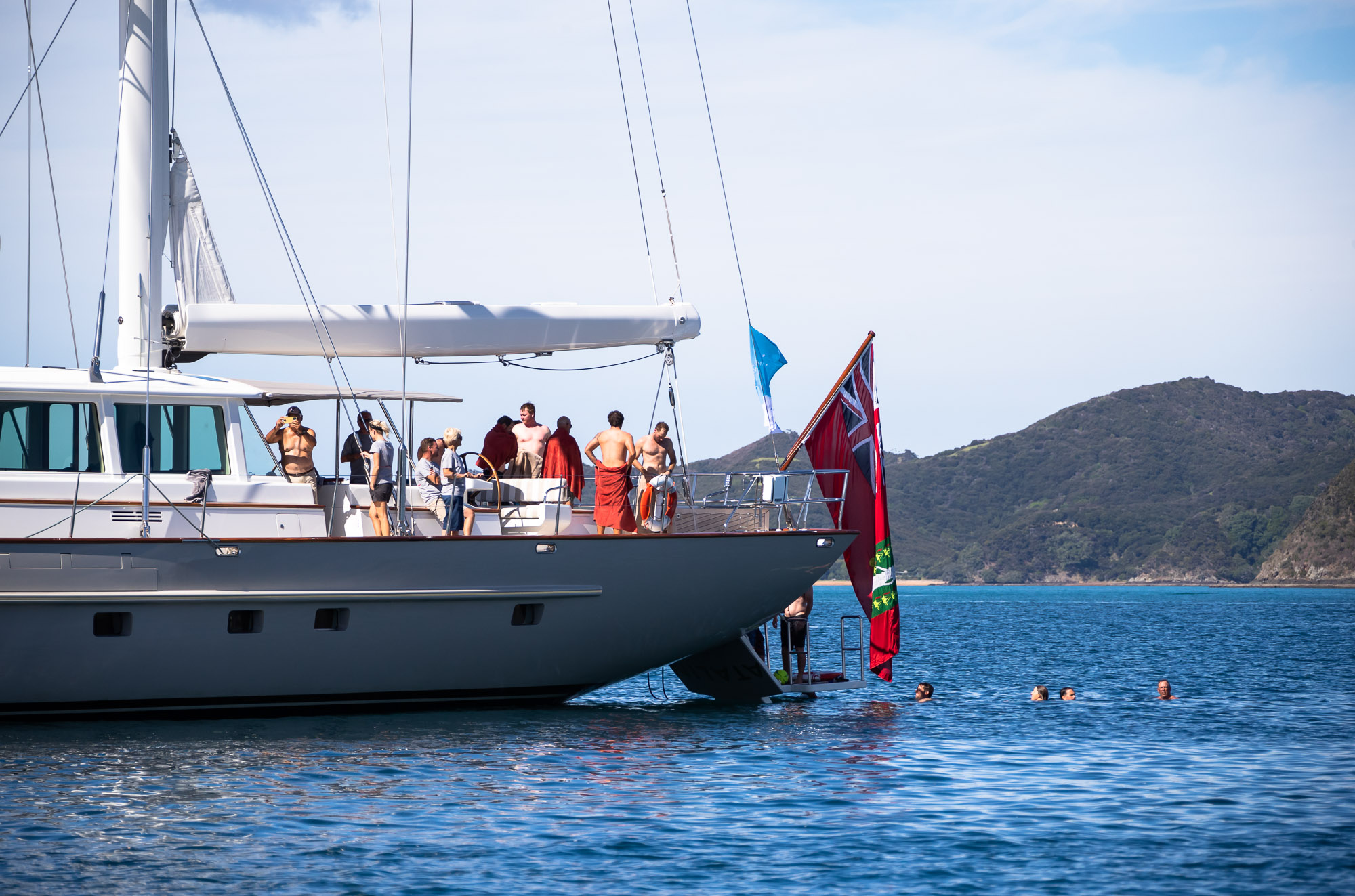 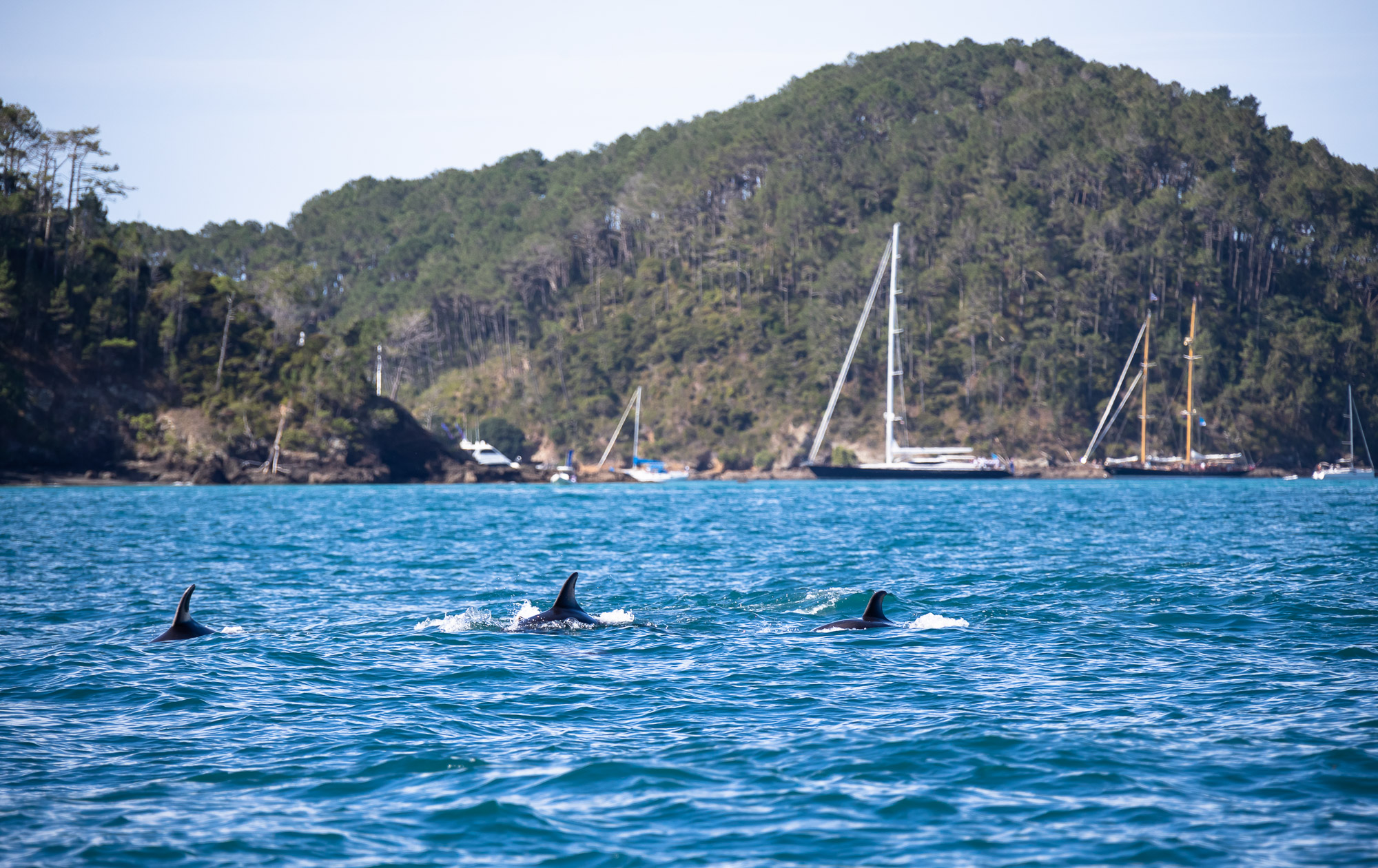 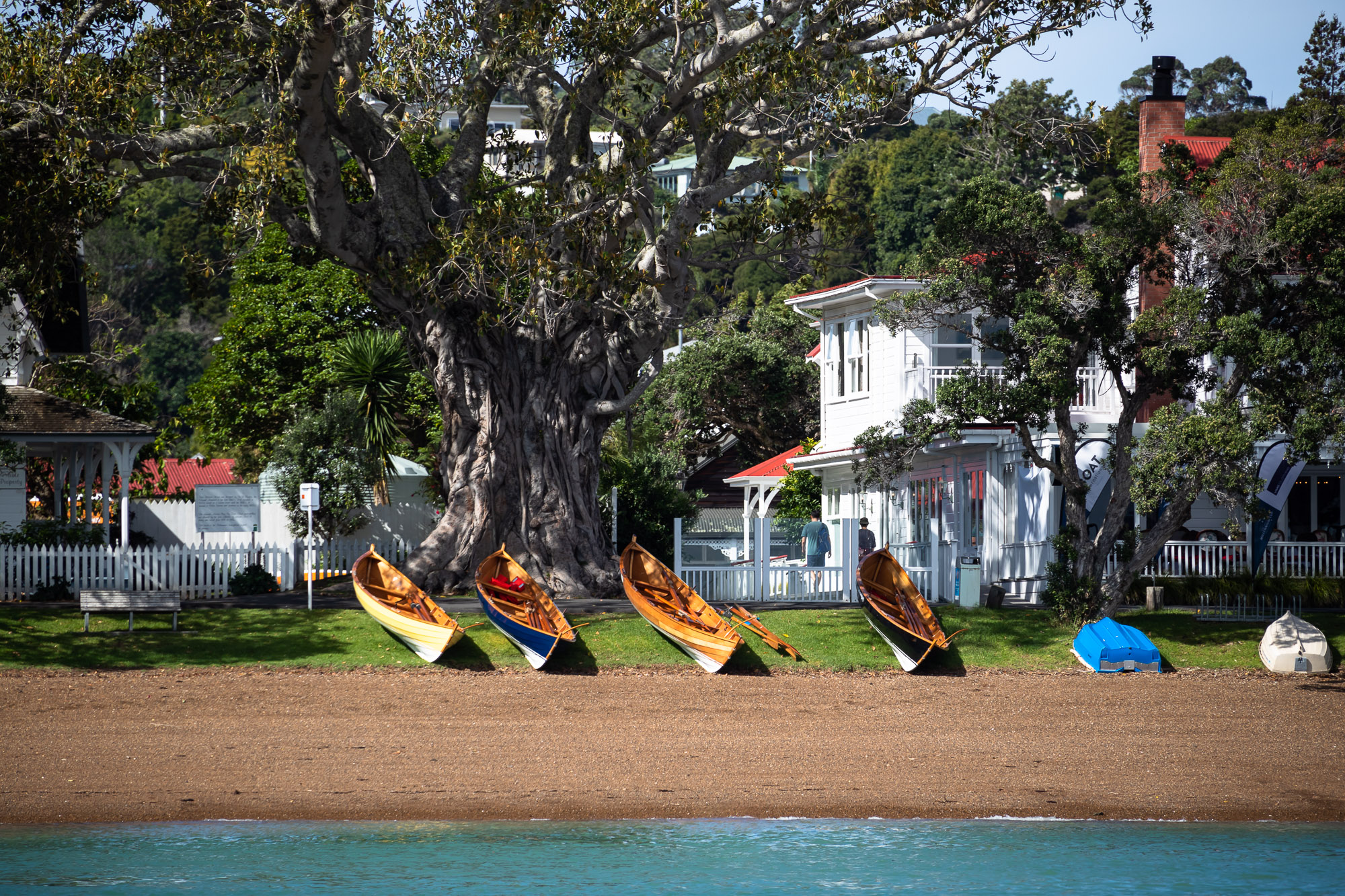 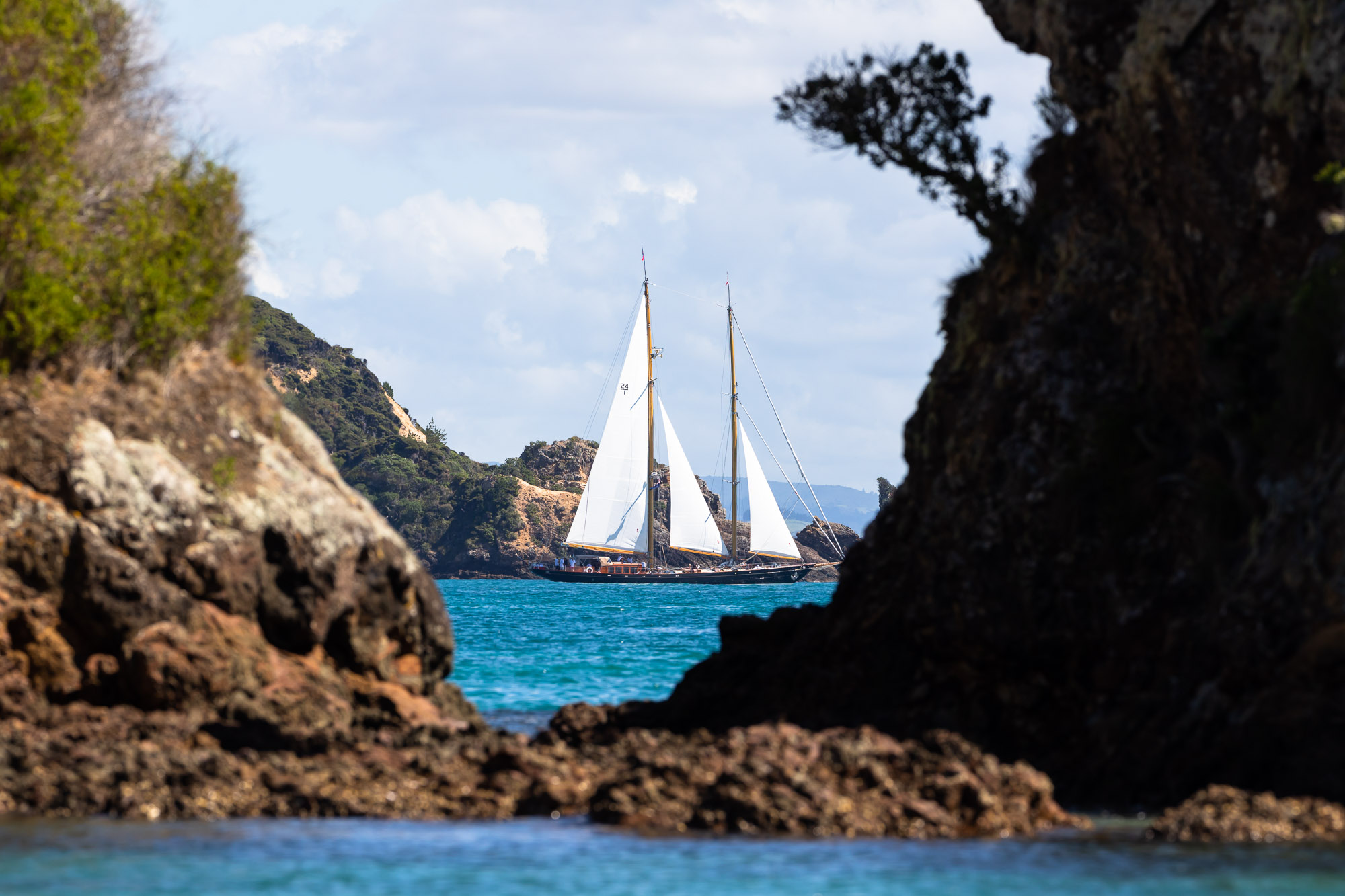 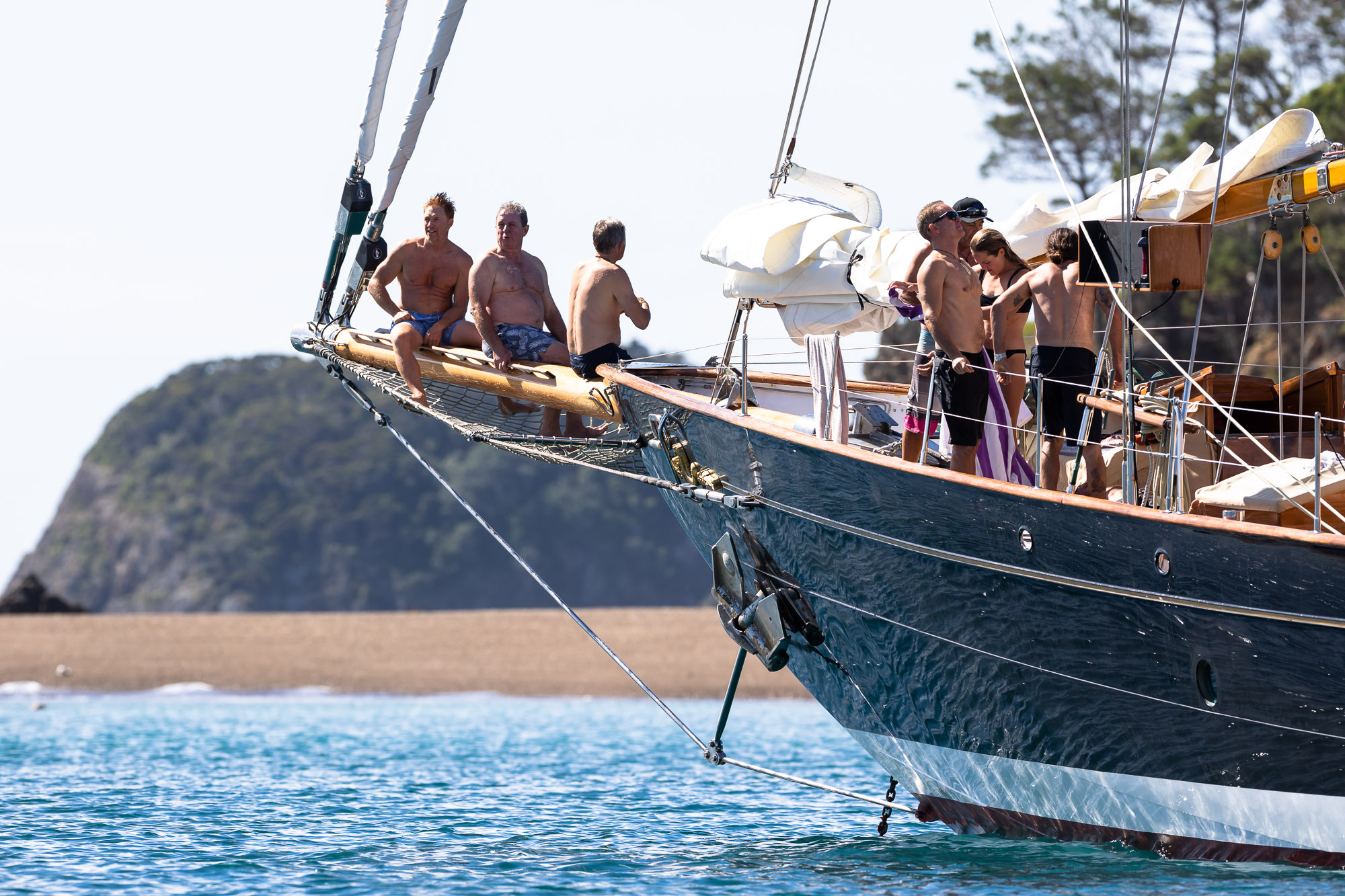 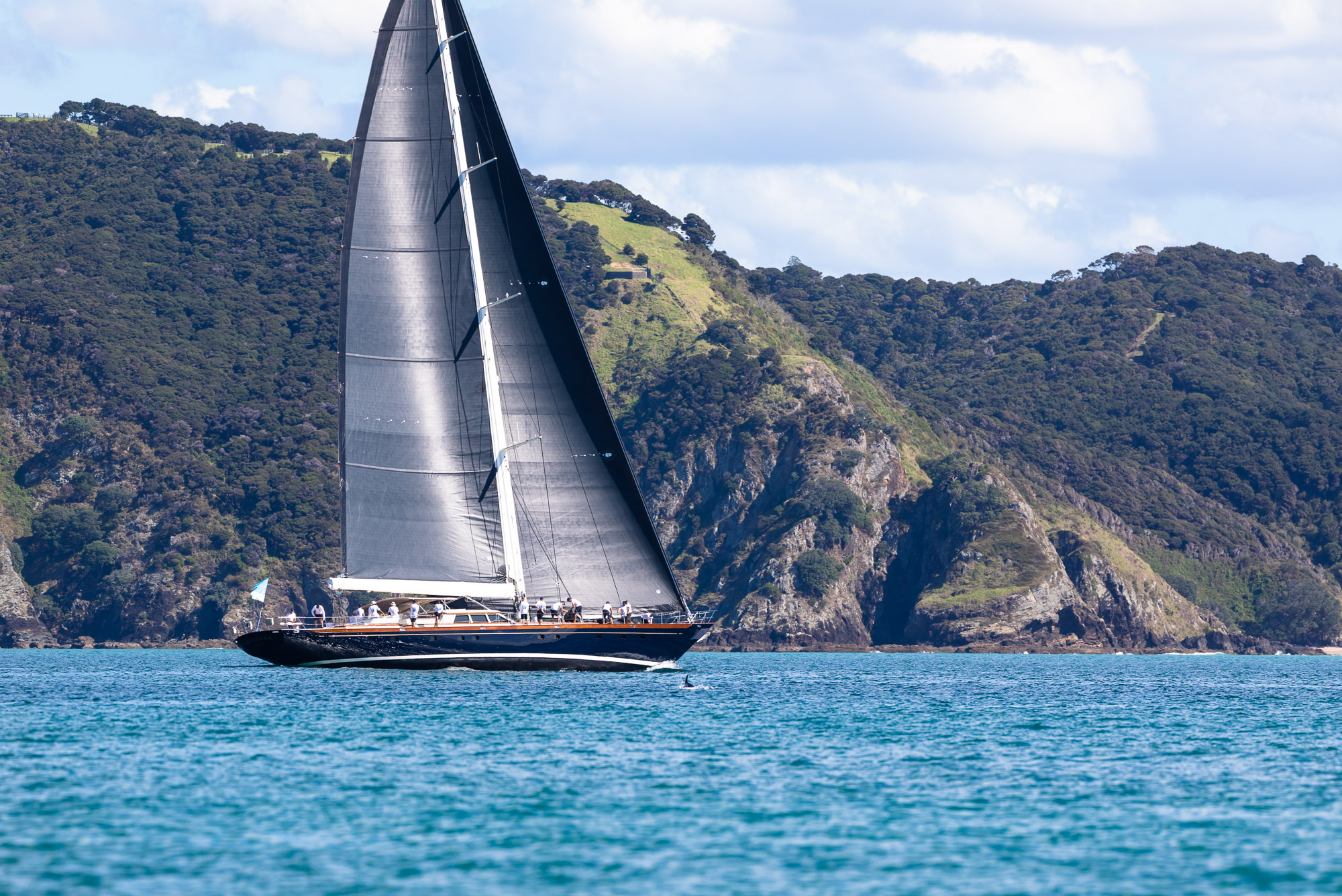 Returning to the race’s HQ in Russell, Aschanti IV sailed majestically, cruising past the other yachts already waiting at anchor and treating the spectators to the sight of the 1956 Burmester-built yacht in full flight – Catalina then shooting off a cannon as it whipped across toward Waitangi shortly after.

Prizegiving for this year’s Cup was held at the Duke of Marlborough Hotel where Miss Silver was officially crowned the 2021 winner.

The 36.2-metre alloy yacht won three of three races, which were handicapped by the Performance Curve Scoring system – a first for any superyacht regatta.

“The spirit of this regatta is like nothing I’ve ever seen before,” said Sean Whitney, captain of Catalina.

Planning is already under way for next year’s regatta, returning to Russell and the Bay of Islands from 14–17 February 2022.