Silent Yachts has announced that ten solar electric catamarans are under construction, with new launches imminent.

Silent Yachts is reporting a healthy production schedule, with the Austrian producer securing a number solar electric catamarans sales over the last couple of months, and others set to be launched soon.

The Silent 60 has proved popular, with the company selling 12 units of this model in a year after its debut at the Cannes Yachting Festival 2019. Four of them are now under construction at Silent Yachts production facility in Thailand.

The facilities have been enlarged so that now another shed can accommodate two more Silent 60.

The first of a series of Silent 60s is under construction at Silent Yachts shipyard in Fano, Italy, where a second production line is currently being set up. The shipyard can produce about 15 Silent 60s per year out of two sets of moulds.

“We are proud of our production,” commented Michael Köhler, Founder and CEO of Silent Yachts. “The first Silent 60 will be delivered in January 2021 and more launches are coming following that premiere.” 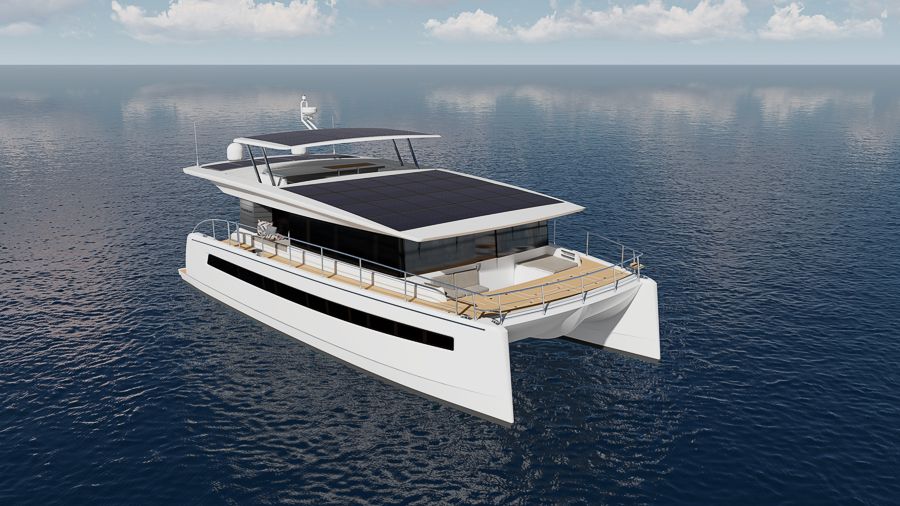 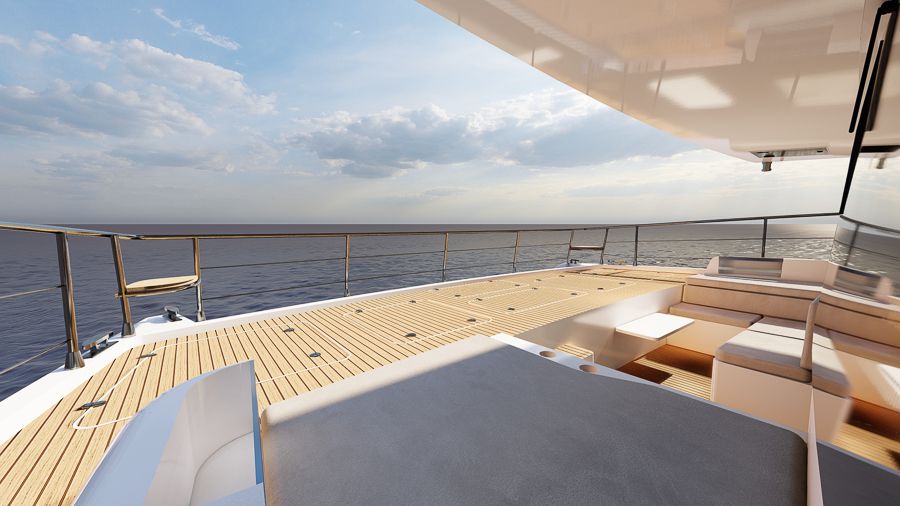 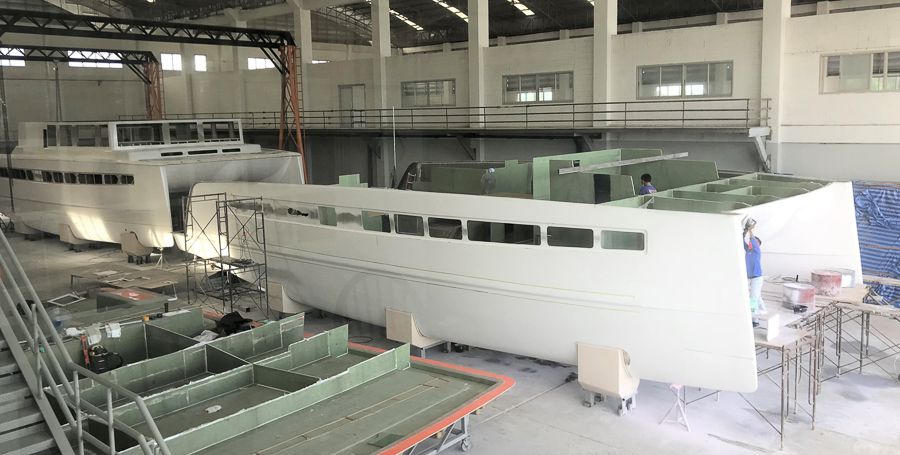 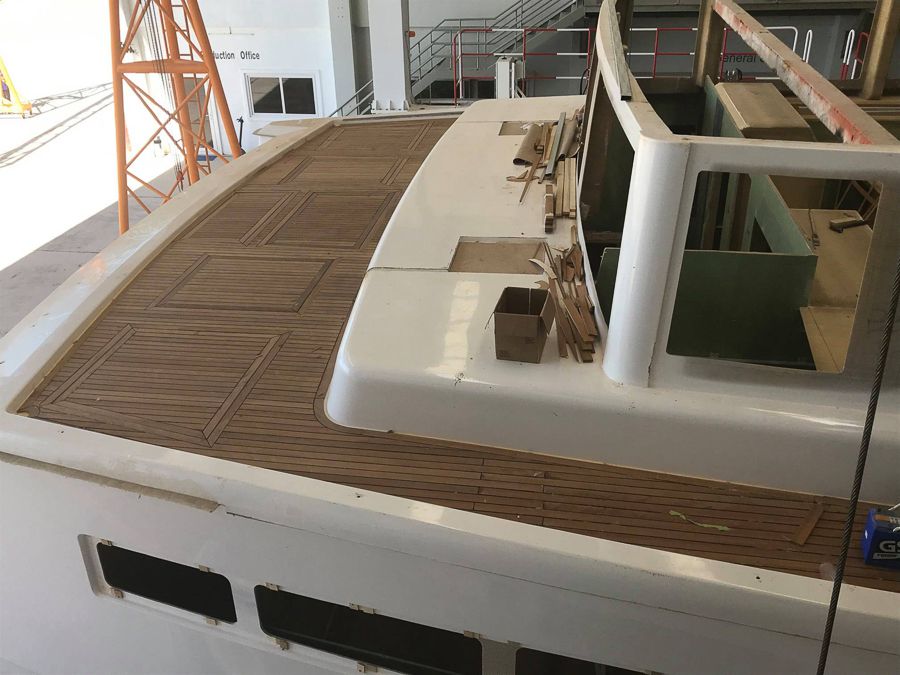 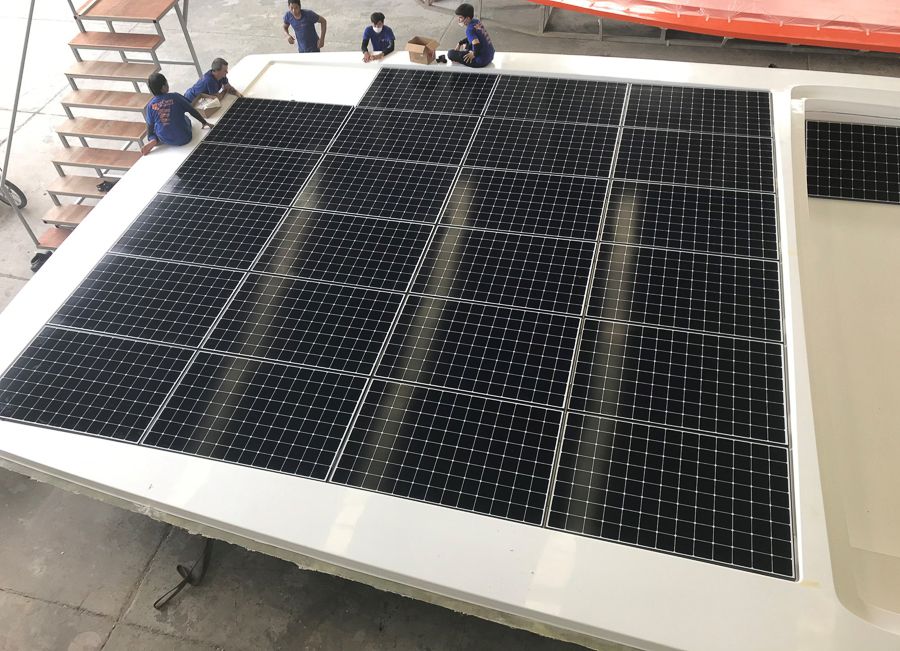 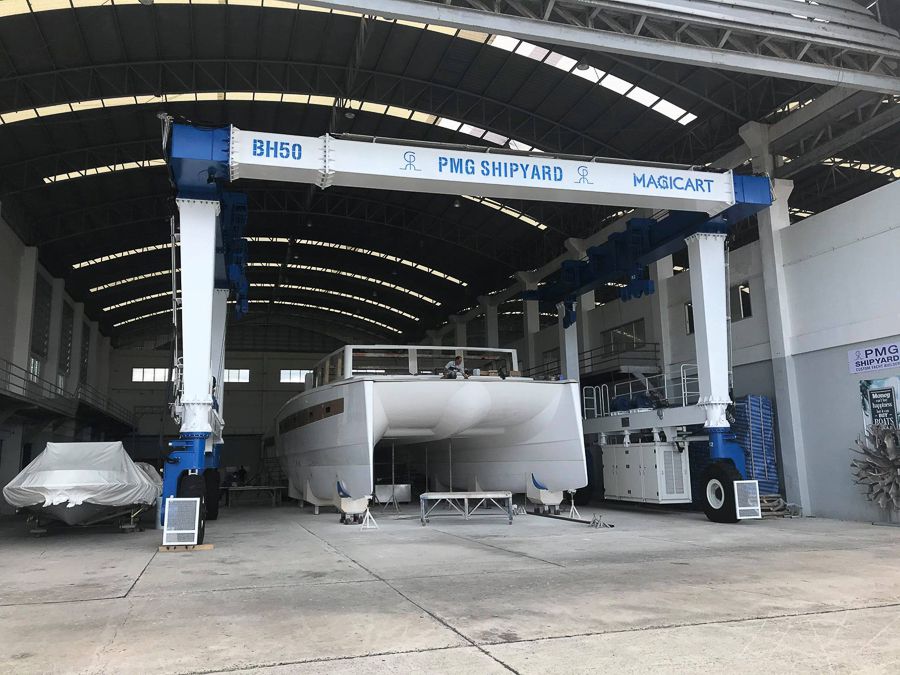 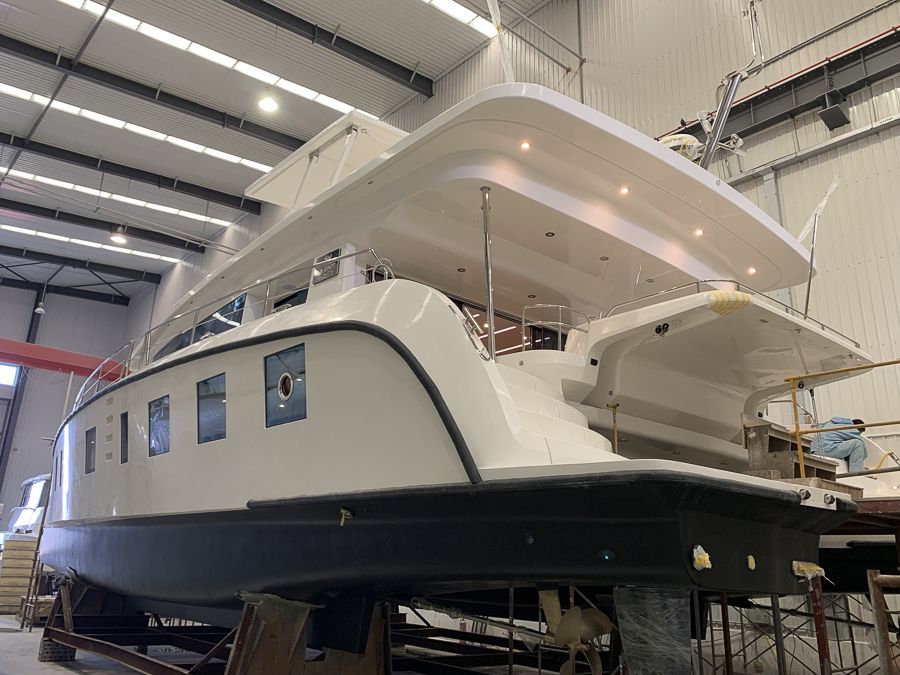 The first Silent 60 will also be the first Silent Yacht to be equipped and delivered with a kite sail system. As the kite itself will be mounted on the front deck, the entire system can be conveniently stored in a dedicated compartment below the front deck when not in use.

The Silent 60 is a true bluewater cruiser. It has a new high-performance hull shape that is optimised with CFD study, with a long waterline and reverse bow. The exterior design’s signature details are long window stripe at the sidewall of the hull and larger window surface overall.

This self-sufficient yacht uses silent electric propulsion with no noise or fumes and minimal vibration. The yacht is equipped with 42 solar panels resulting in 17kWp solar energy production. It has a huge storage underneath the cockpit, that even can accommodate a tender or a small sailboat and several kayaks or SUPs, accessible from the stern and from the top.

In addition to five Silent 60, Silent Yachts is building four units of its largest model, the 24-metre Silent 80. Three more units have been sold.

One delivery in 2020 for the company is still on track. The first Silent 55 with a new front exit solution will be in the water soon. For 2021 the Austrian builder has a busy year ahead.

“Next year we plan to deliver over 15 solar electric catamarans, including the first units of the Silent 60 and Silent 80,” confirmed Michael Köhler. “In total, to date, we sold 31 boats and delivered 11.”

A lot of energy

Huge construction means a lot of purchasing. For example, in total, this year Silent Yachts ordered 500 lithium battery packs for the production of new boats.  Soon more batteries will be ordered.