More than meets the eye for the Shag Islet Cruising Yacht Club.

Shag Islet Cruising Yacht Club is the fastest growing cruising club for boat owners certainly in Australia if not the world.  The club now has 6,300 members from 17 different countries all of whom are life members, affectionately known as Shaggers and officially as Vice Commodores for the club which is exclusively non-exclusive.

It is clear that those who join the ranks of SICYC are the embodiment of fun, yet there is a serious side to the group; their charitable efforts.  SICYC has raised, through members and sponsors, $530,000 for the Prostate Cancer Foundation of Australia in nine years.

Founder, Ken Thackeray who received an OAM for his SICYC efforts, explained, “There was no intention for SICYC to become more than a small social network for cruising yachties however it soon become clear we were in a position to make money and prostate cancer was recommended by one of our ladies who had experienced it in her family.” 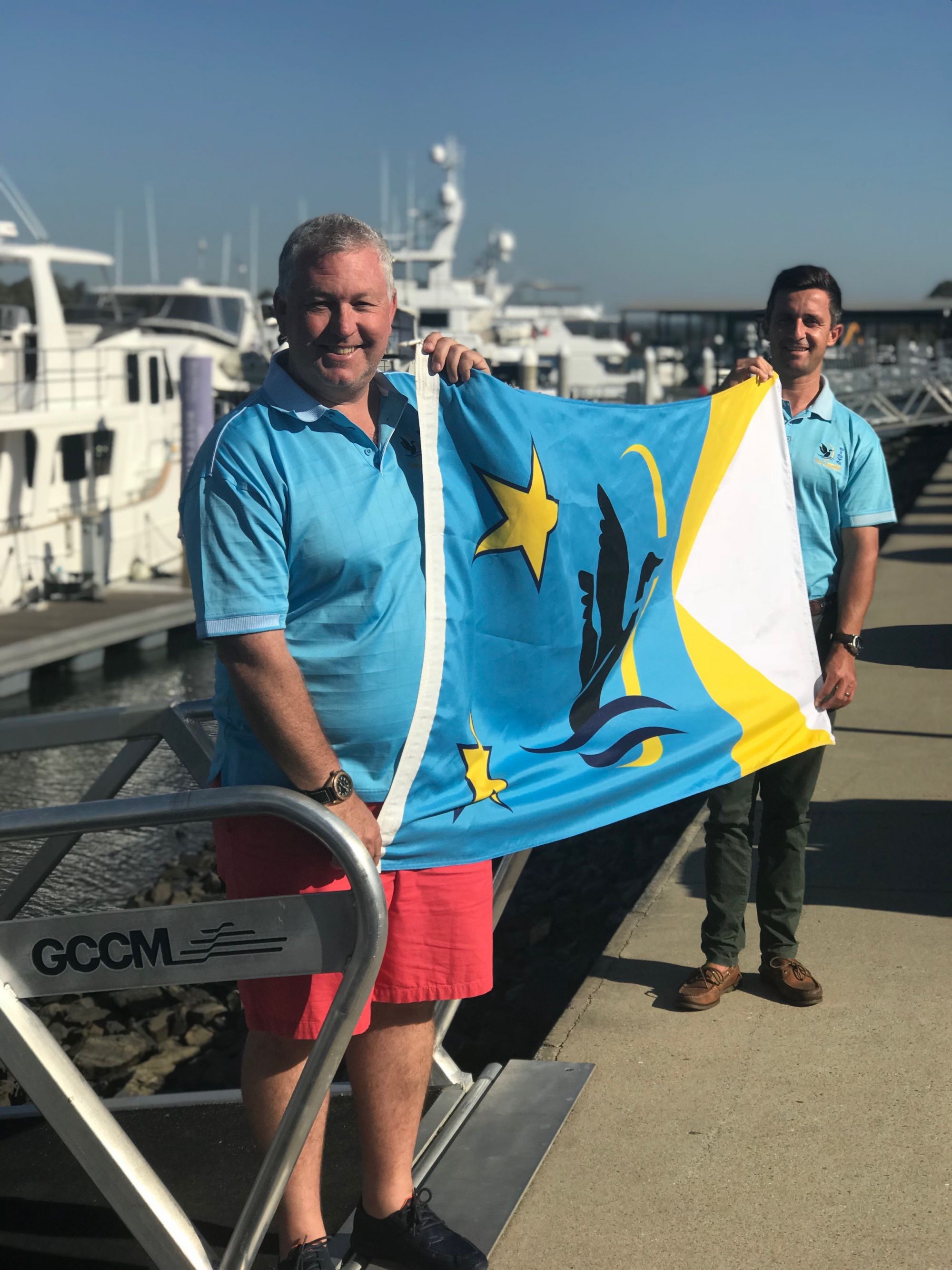 In this pursuit, Ken and SICYC went in search of partners to join them on the journey and found GCCM.  Located at Coomera on the Gold Coast, GCCM is a marina and shipyard built entirely with the cruising boating community in mind.  The yard opened in 2000 and is 125,000 square metres in size with a 50 and 250 tonne travelift servicing hardstands and refit sheds surrounded by more than 80 onsite marine businesses and 700 tradespeople. GCCM, now sponsor and partner, were more than keen to support SICYC not only due to the love of cruising but also to support a very worthy cause.

“The support offered by GCCM is absolutely fantastic. Not only do they provide a professional service at preferential rates for our members, yet they contribute as a major sponsor in our quest to raise money for Prostate Cancer Awareness. GCCM has become part of the SICYC family.  We have developed a very close and unique relationship with its sponsor group and GCCM was recognised in our annual awards night for the strength of its partnership with the organisation,” continued Ken.

Each year SICYC hosts their rendezvous on namesake, Shag Islet, in Gloucester Passage in the Whitsunday Islands.

Just days out from the event, this year they expect 200 boats to attend with representation from all states of Australia and the odd vessel cruising through from foreign countries.  The event is a tour de force and land-based accommodation is now booked a year in advance as a number of the Shaggers don’t cruise but fly and drive.

GCCM will return again this year supporting through sponsorship of the fireworks at the main party and supplying ‘Ultimate Boating Experience Vouchers’ valued at $5,000 each for lucky bidders at the charity auction.

Some of the cruising yacht club’s members have already taken up the hospitality at GCCM including Scott and Kim Murray and Graeme and Marlene Williamson.

Scott and Kim Murray have been Vice Commodores for 18 months and are owners of a 70-foot power boat, “We joined because they seemed to have a lot of fun and we hope to make new friends with boats as a common interest.  Our homeport WAS Akuna Bay but we live on the boat now.  We have left Sydney behind with no plans to return and hope to just wander up and down the Queensland coast until we get tired of it.  We chose GCCM to lift our boat for a couple of reasons. However, after we arrived at GCCM, we were absolutely delighted with the decision. The level of service and courtesy was exceptional.”

Graeme and Marlene Williamson, Shaggers for seven years and owners of a 35-foot sailing catamaran, have also recently visited the award-winning marine facility.  The Williamsons were the lucky bidders in the Rendezvous’ charity auction in 2017 taking home an ‘Ultimate Boatyard Experience Voucher’ from GCCM.  “We joined SICYC within days of moving to Queensland just over seven years ago for the new social contacts and we were immediately amazed by the warmth and openness of my then new acquaintances and friends.  Knowing that the club gives considerable support to prostate cancer research is also quite gratifying.  The initial welcome to GCCM and coffee in the adjacent cafe was a great start. I was also very impressed with the care taken during the haulout,” explained Graeme.

“The partnership between SICYC and GCCM is something of which we are very proud.  Through SICYC, we are contributing to the awareness around a significant illness.  Yet, we also have more in common –   SICYC are encouraging more and more people to enjoy boating whilst GCCM is aiming to get boats back in the water as quickly and efficiently as possible so they can be enjoyed,” explained GCCM’s General Manager of Customer Experience and Property Management, Luke McCaul.