INEOS Team UK win again as American Magic capsize to wrap up the opening week of the Prada Cup.

The Challengers battled through gusty conditions throughout to complete Round Robin 2.

The first race of the day between Luna Rossa Prada Pirelli and INEOS Team UK was initially abandoned due to a big wind shift, with the Brits winning the restart to keep up their unbeaten start.

And in a closely-fought battle between the Americans and the Italians, Terry Hutchinson’s team were leading around the final mark when they capsized in a strong gust of wind.

The team’s AC75 racing yacht, Patriot, was damaged during the incident and began taking on water. American Magic received rapid assistance from the three other America’s Cup teams, along with America’s Cup Event Ltd, the race management team, the Coastguard New Zealand, the Auckland Harbourmaster, and local fire and police personnel. 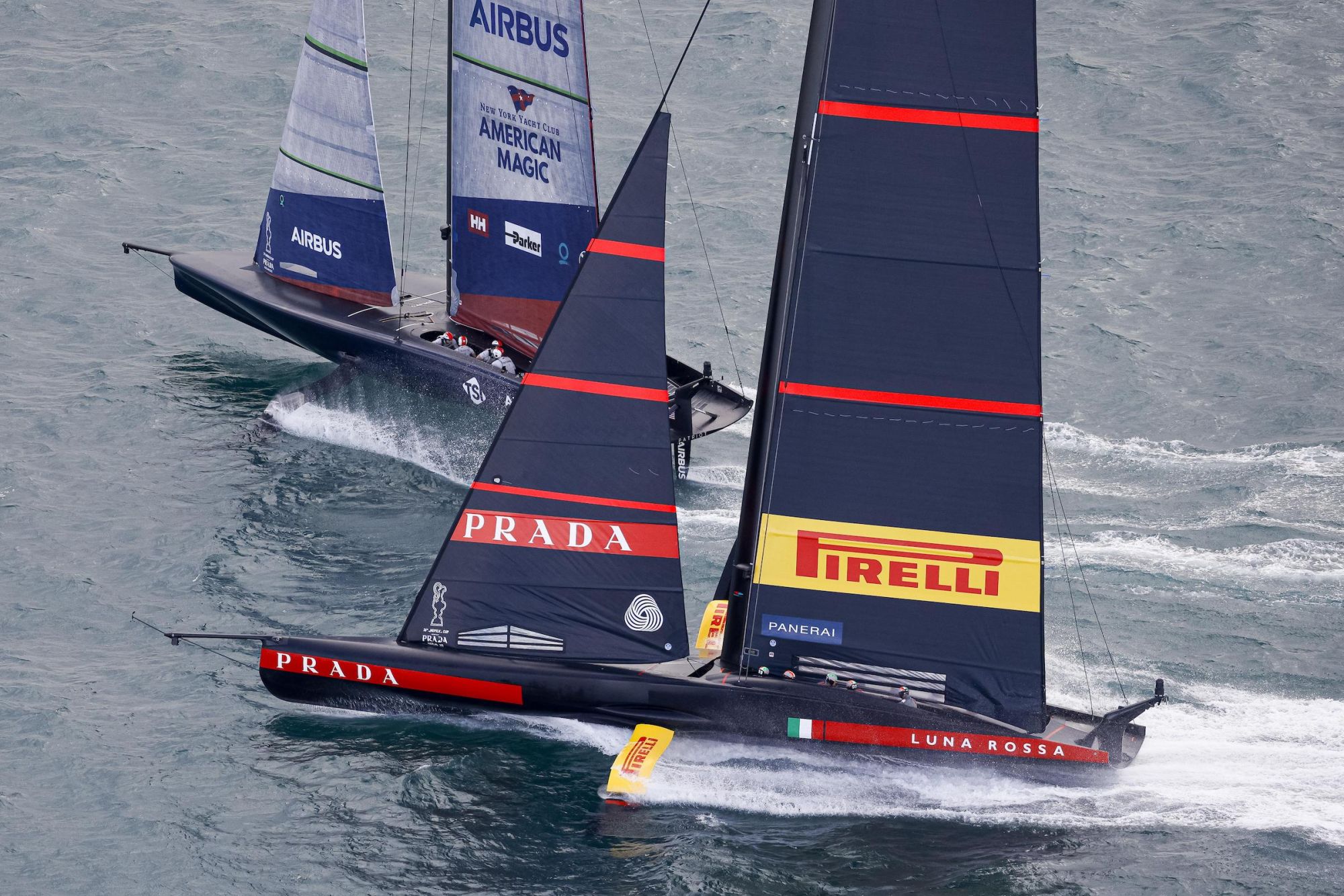 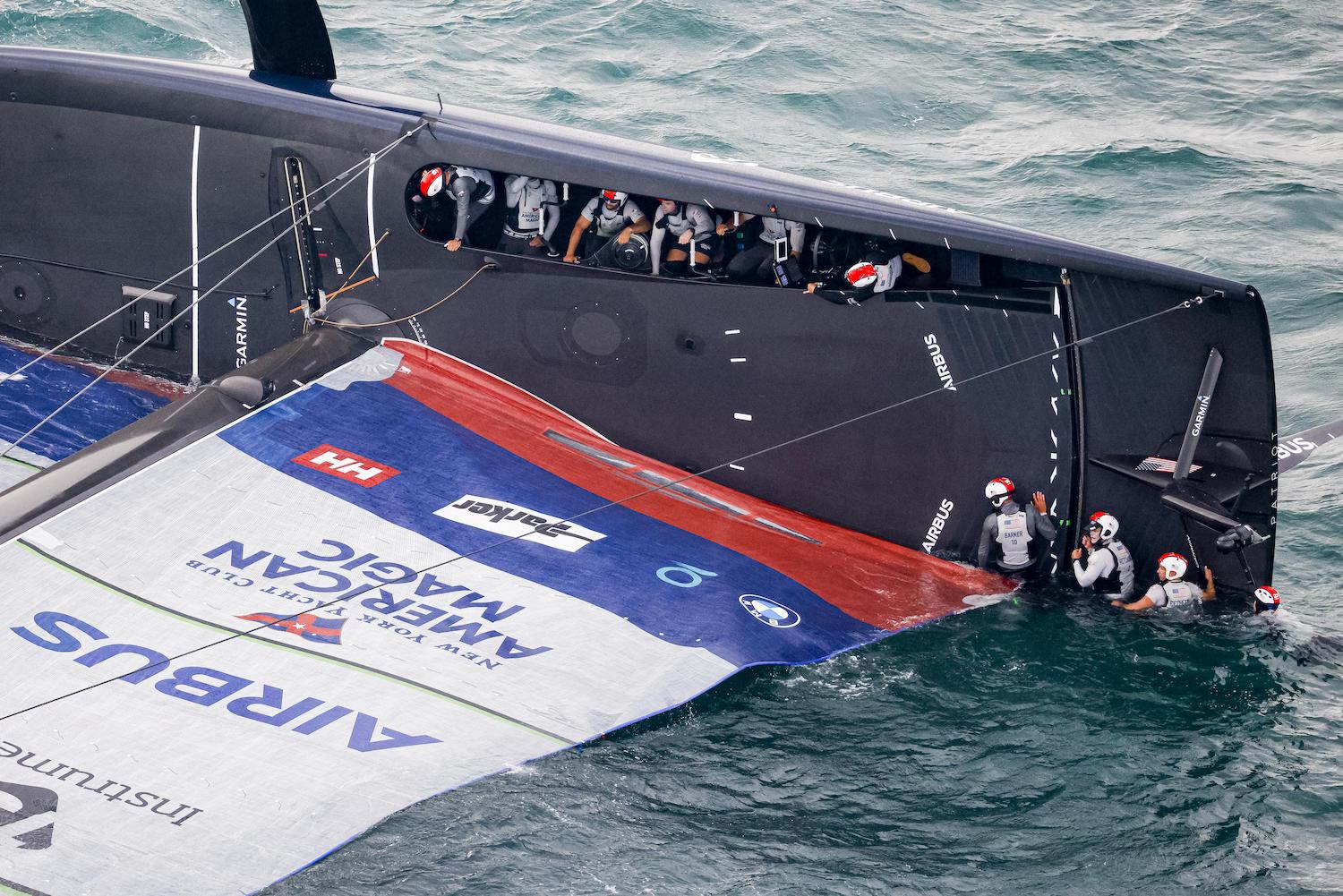 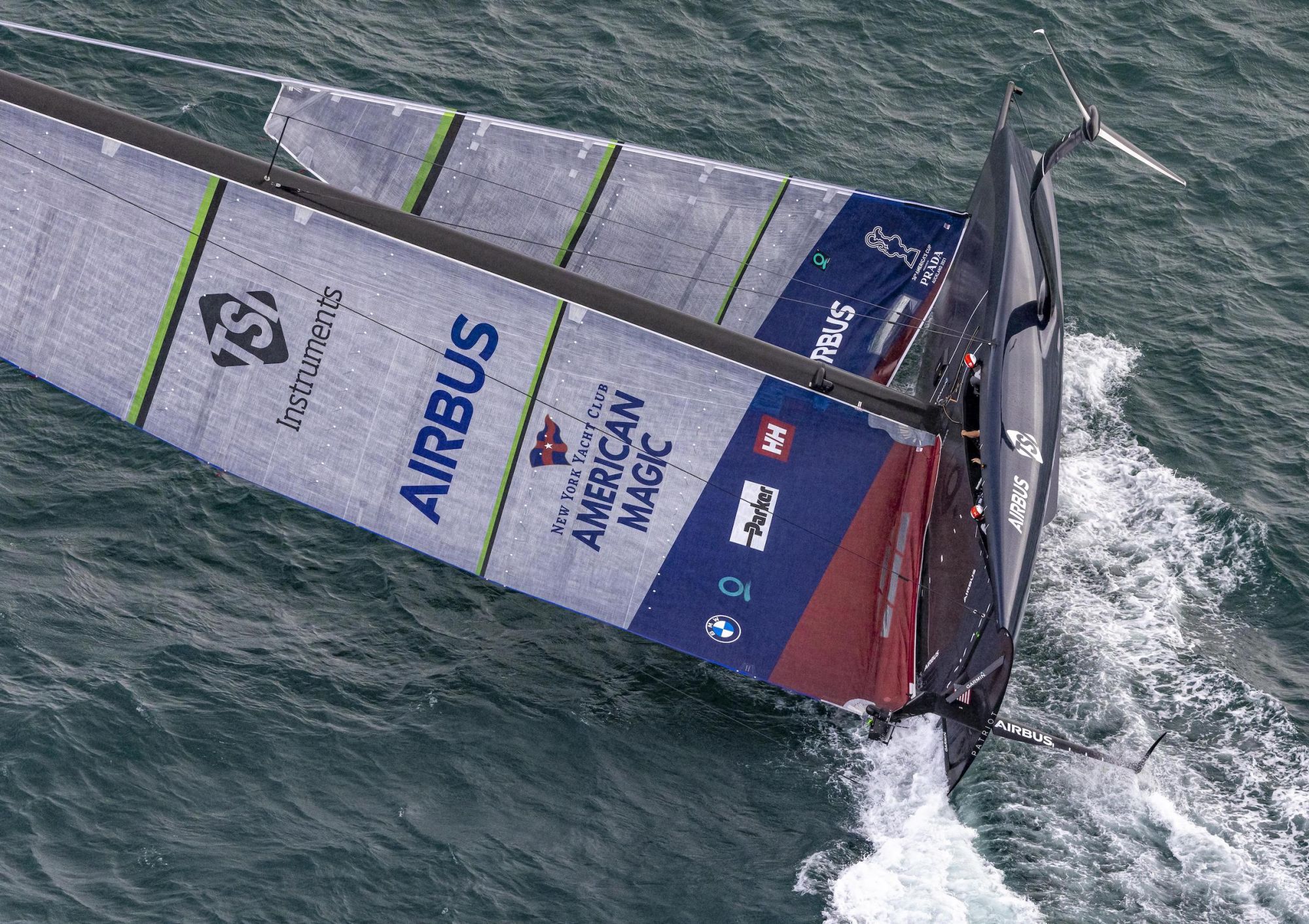 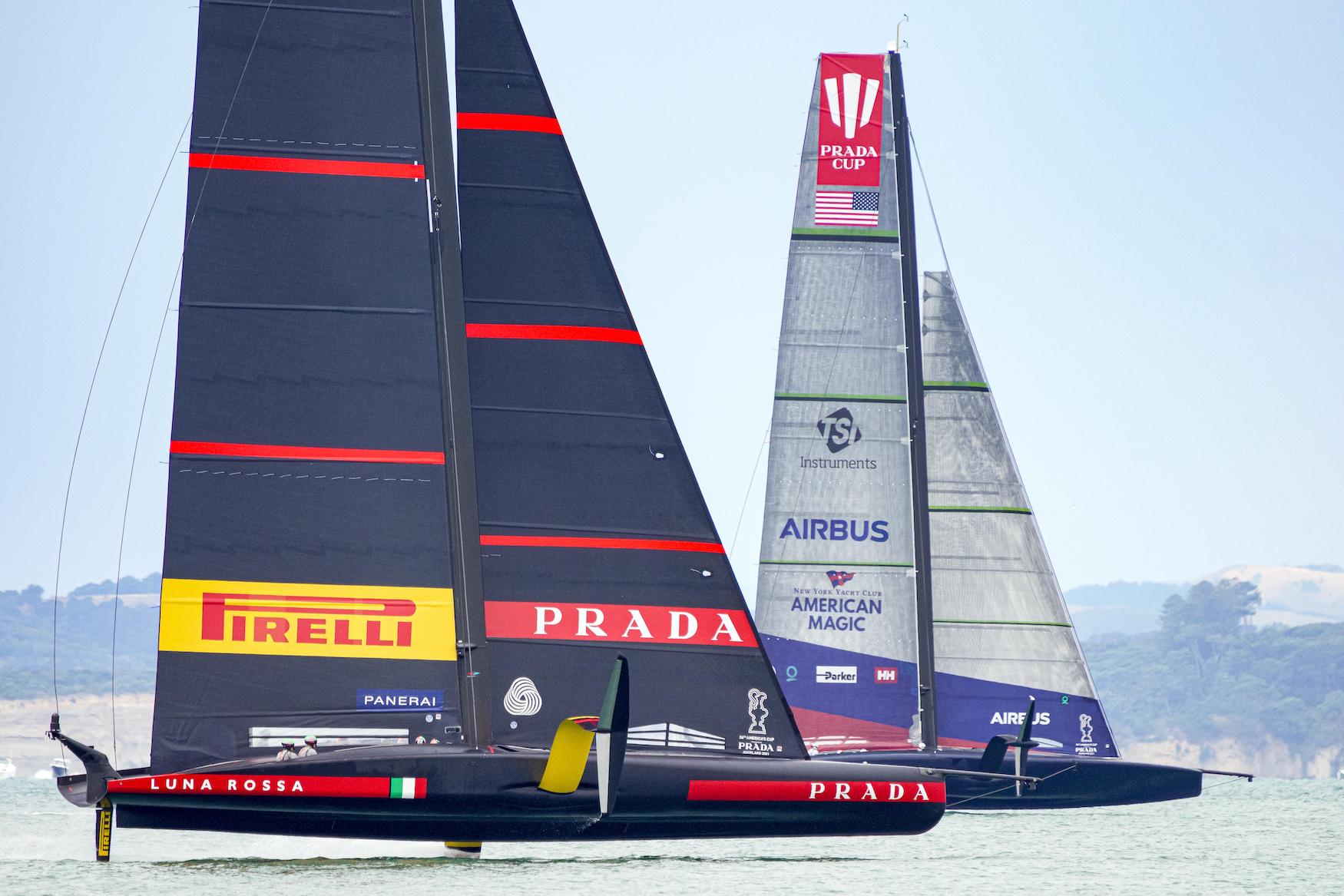 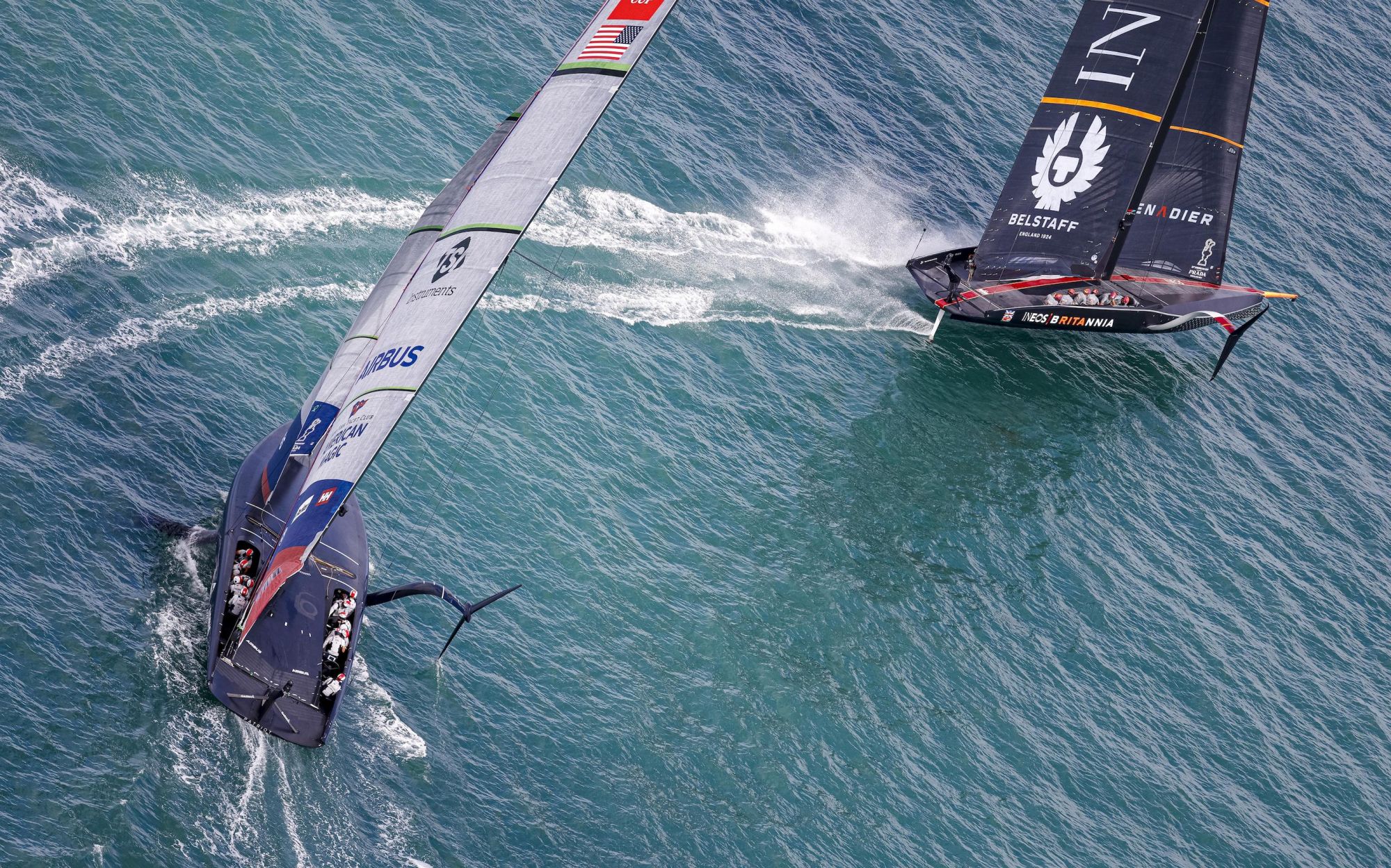 The first race of the day was abandoned following a big wind shift, the result of a large rain squall sweeping across the course just as the two boats were completing the second lap.

The re-set course was orientated more towards the west. The shift in the breeze was as just as the forecast had suggested but it meant that the course would be more affected by the land with more potential for shifty conditions.

In the match pre-start, with around a minute to go, Luna Rossa Prada Pirelli took an opportunity to force INEOS Team UK to avoid them in the hope that they could make the British team late for the start. And while the manoeuvre might not have delivered exactly that, it did allow them to take the upper hand at the start and squeeze INEOS Team UK to the point that they were forced to tack off onto port.

From that point both boats headed for opposite extremes of the race course, tacking at the boundaries. When they came back together the Italians were clearly ahead having benefitted from a good shift on the right hand side of the course.

At gate 1 Sir Ben Ainslie approached on starboard, but Luna Rossa Prada Pirelli were ahead by 10 seconds. The downwind leg played out much the first leg with each team taking the game out to opposite boundaries. By gate 2 the margin had closed to just 7secs.

Another closely fought windward leg followed. This time at the top of the course both boats went through gate 3 at exactly the same time.

But Luna Rossa Prada Pirelli were not giving up. At the top they had closed the gap down to just 12sec, but despite working every shift hard they could not find the shift or the extra pace required to take their lead back.

INEOS Team UK crossed the finish 18 sec ahead to take their fourth win from four starts. 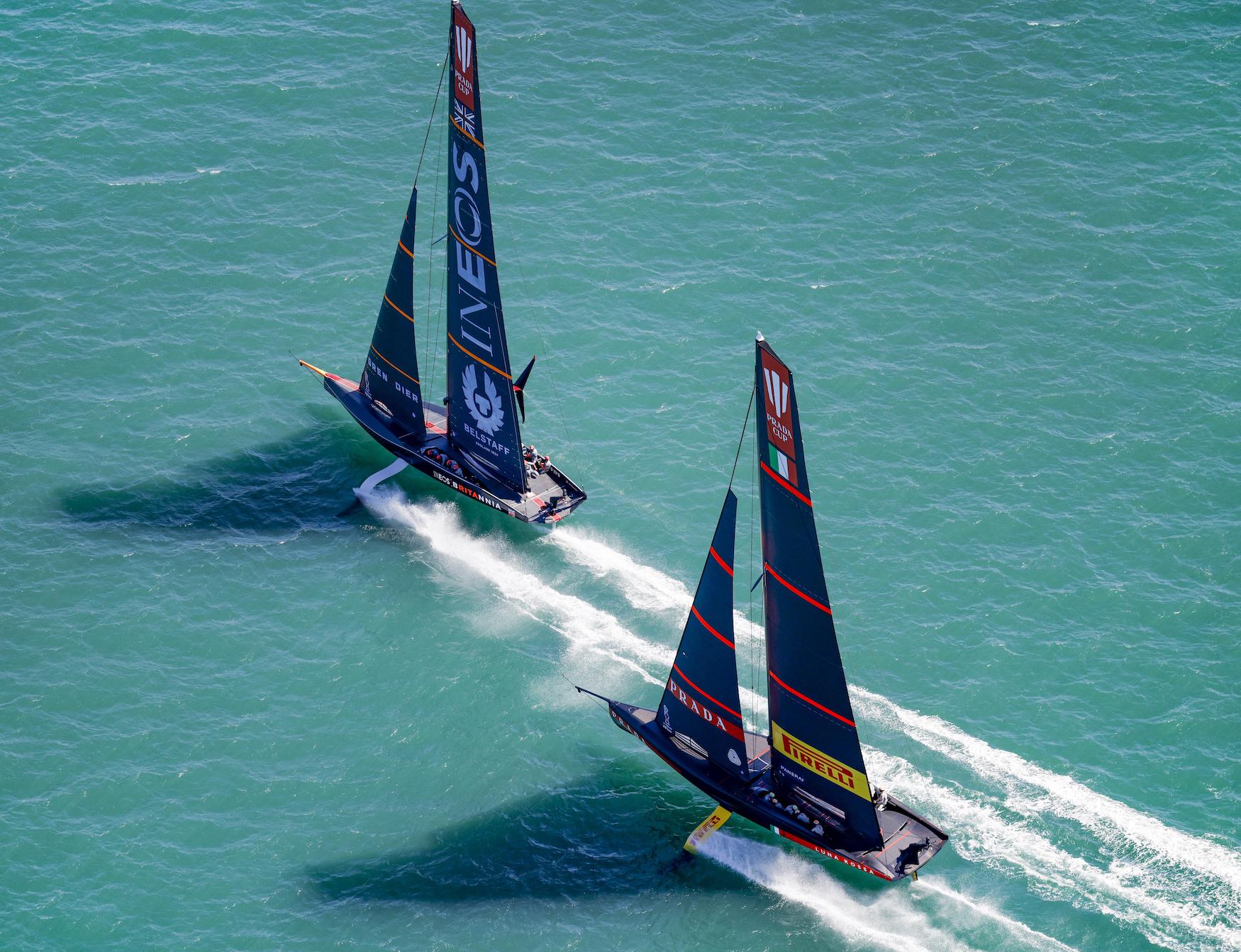 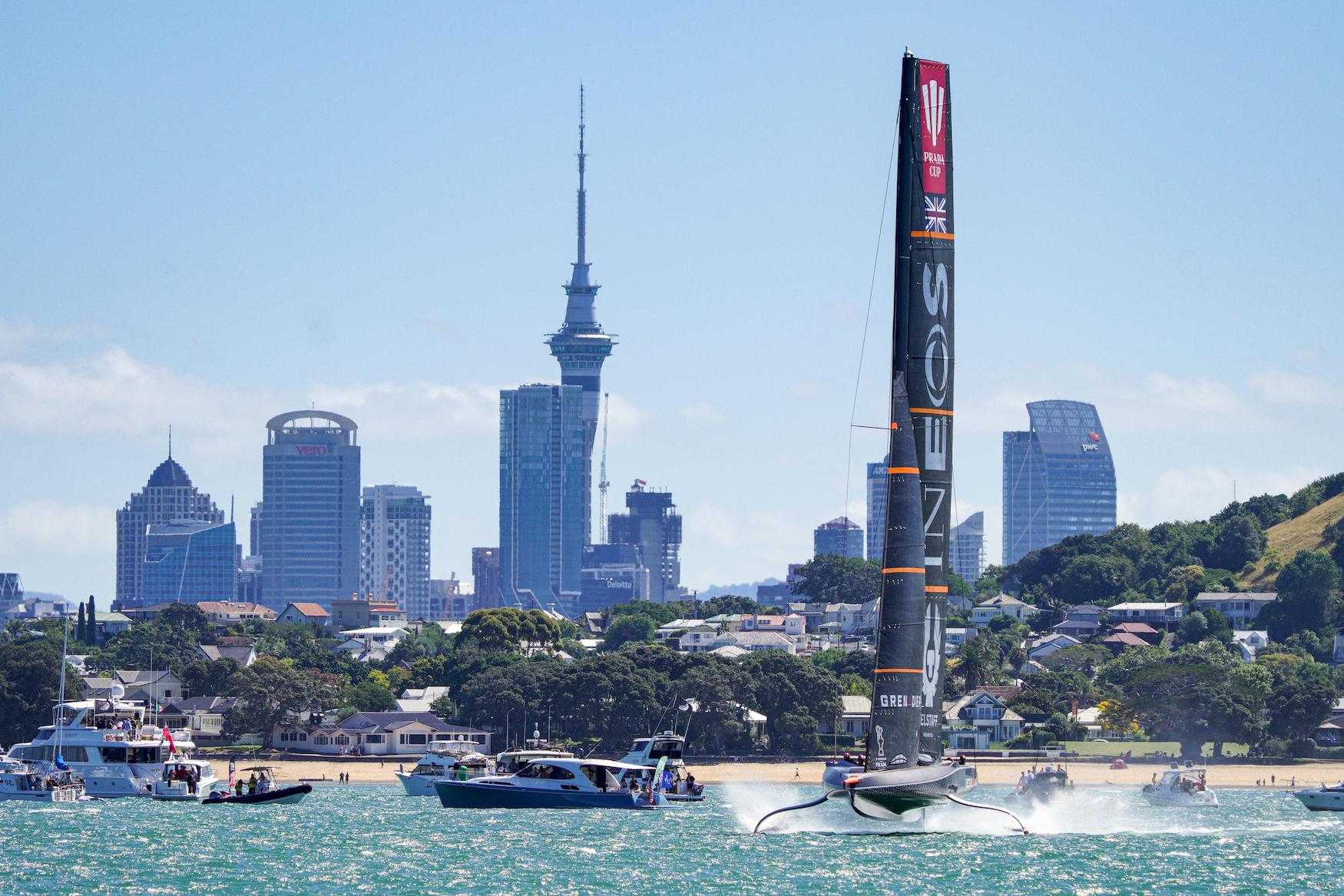 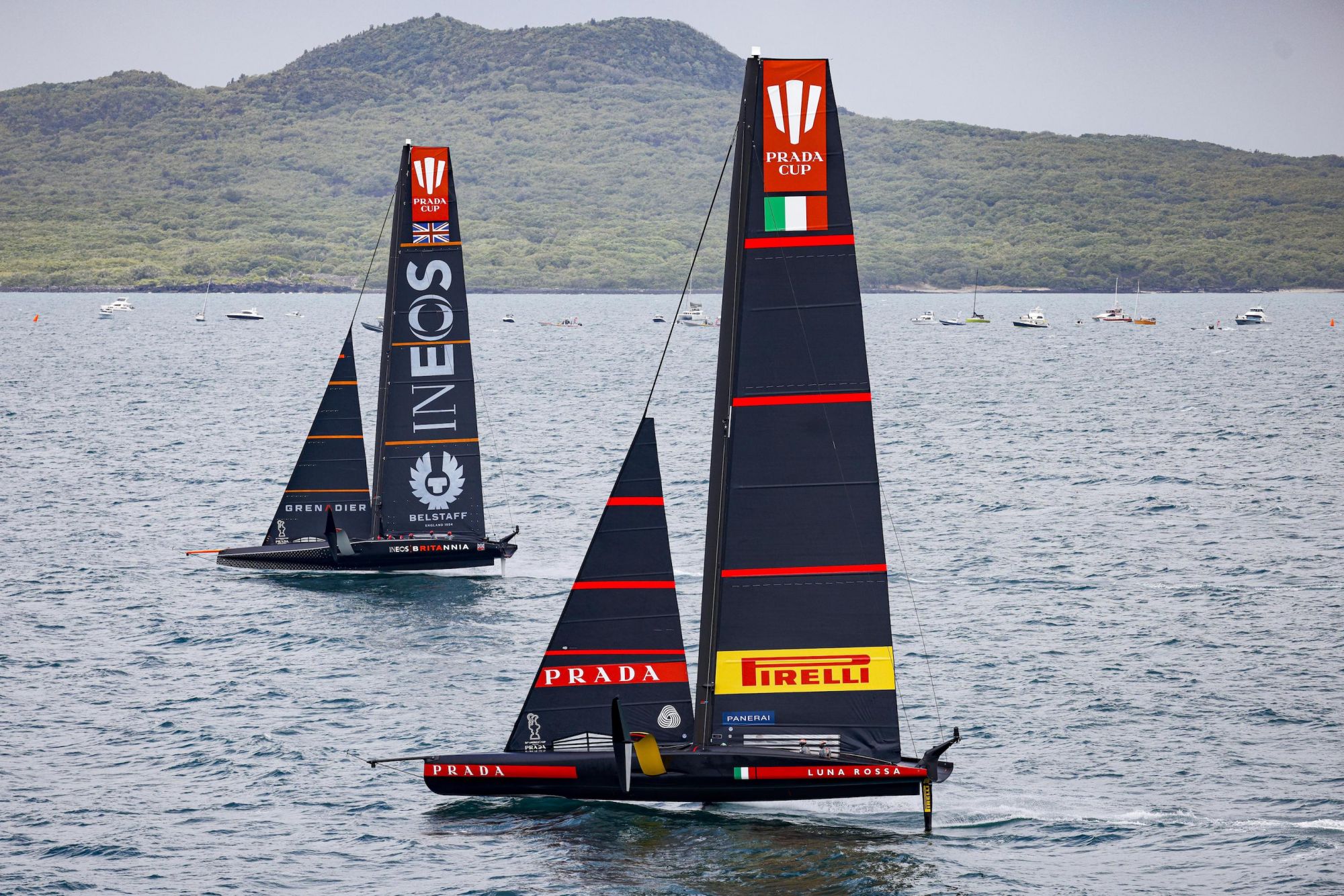 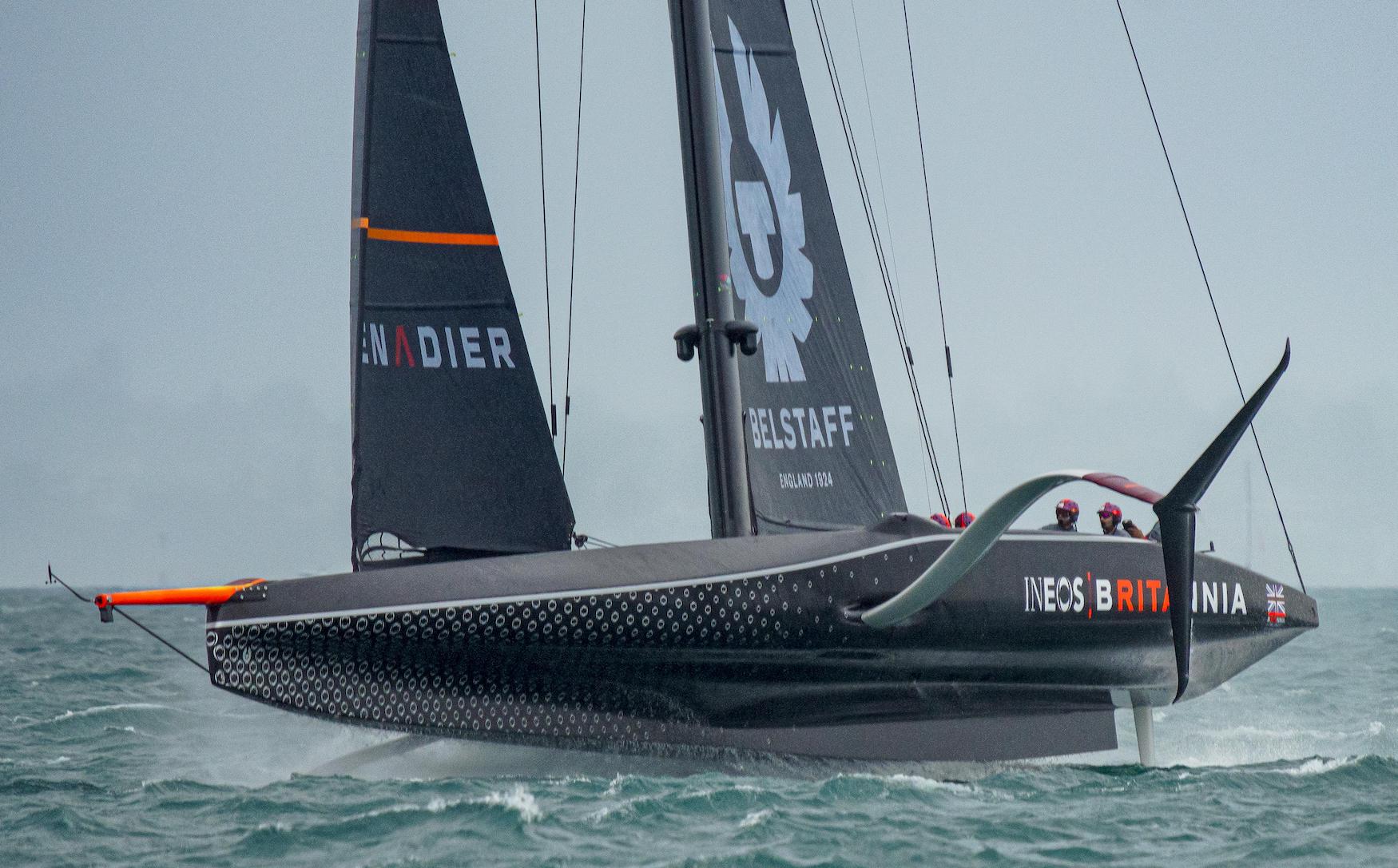 As the clock counted down, both teams were out of position and late for the pre-start entry. But when they did make it into the pre-start zone they were neck and neck. Luna Rossa Prada Pirelli were on starboard and forced American Magic to take avoiding action, a dial down. This should have allowed the Italians to gain the upper hand, but they couldn’t stay on their foils and lost the opportunity to take control of the Americans.

From there, the pre-start preamble was a little loose as both teams tried to recompose themselves. As the start approached Luna Rossa Prada Pirelli had managed to recover to get to the line on time at speed, while American Magic were a shade late.

Both boats crossed the line on starboard at speed. But in an unusual move the Italians chose to make a big call to tack onto port and cross American Magic before they had made it to the boundary. They managed to cross but only just. In doing so the Italians had given up the lefthand side of the course which on the face of it looked to be the favoured side.

American Magic pressed on to the left, got to the boundary and tacked, squeezing everything they could out of the potential advantage.

When they came back together, the Americans had indeed managed to muscle ahead.

At gate 1 American Magic led by just 6 seconds. By the bottom of leg 2 the lead had grown to 13 seconds.

On the upwind leg there was little engagement as American Magic took the lefthand side of the race course, Luna Rossa Prada Pirelli took the right.

By the top at gate 3 it was clear that the left-hand side had paid. American Magic were now 27 seconds ahead.

The second downwind leg saw American Magic choosing the better side of the downwind leg, managing to keep their gybes down to just one, a result of the breeze shifting to the left. For Luna Rossa it was three gybes to gate 4 drawing out the distance between the pair to 42 seconds.

But drama was to come.

At the top gate for the last time the breeze had gone so far left that the left hand mark was the only choice. But it meant a very difficult manoeuvre, especially as a squall was sweeping across the course.

They made it through the tack, but as they came out the leeward running backstay was not released, preventing the mainsail from being eased. With sail pinned in and the gust now on them, American Magic’s bow reared up – a capsize was inevitable.

Luna Rossa passed through the gate cleanly to take the lead, and subsequently the win.

King of the sea

King of the sea