SailGP has announced a full race schedule for its second season, which will feature eight national teams squaring off in eight events across three continents.

The schedule represents an expansion from five events in the league’s inaugural season (2019), and will kick off in Bermuda in less than 100 days, making stops in a total of seven first-time venues across five countries.

SailGP will also make its first visit to Christchurch for New Zealand’s maiden grand prix on 29–30 January, 2022. The season will culminate with the Grand Final in San Francisco on 26–27 March 2022, when the champion will be determined in a single $1 million winner-takes-all final.

Denmark and Spain will be embarking on their first full SailGP seasons after the 2020 campaign was suspended, while New Zealand will be making its league debut, led by Olympic champions Peter Burling and Blair Tuke. In addition, Sir Ben Ainslie will be racing his first full season at the helm of the British entry, while Jimmy Spithill will be piloting a new-look US team for the first time.

As part of its Race for the Future purpose-driven agenda, the league will also begin training female athletes within each of the eight sailing teams, and will be using its community engagement arm – SailGP Inspire – to introduce youth from diverse backgrounds to the sport and wider marine industry.

In its first season, SailGP had a worldwide broadcast audience of 256 million across five events, and expects to see that number grow significantly with the increase to eight stops. Broadcast partnerships for Season 2 are already in place in more than 100 territories, including Australia (Fox Sports), Denmark (TV 2 Sport), France (Canal+ Sport), Japan (DAZN), New Zealand (Sky Sport), Spain (TVE and TV3), UK/Ireland (SKY Sports) and the U.S. (CBS Sports).

SailGP CEO Sir Russell Coutts said, “There’s rarely been a time in my lifelong sailing career when I’ve been as enthusiastic as I am about our upcoming season.”

“In just over three months, we’ll have the world’s best sailors lining up in equally matched boats for what is shaping up to be some of the sport’s most competitive racing yet.

“I can’t think of a better way for SailGP to re-emerge, and I believe our fans will be taking notice not only of our thrilling racing, but of the new standards we’ll be setting in running our events in a sustainable and inclusive way.” 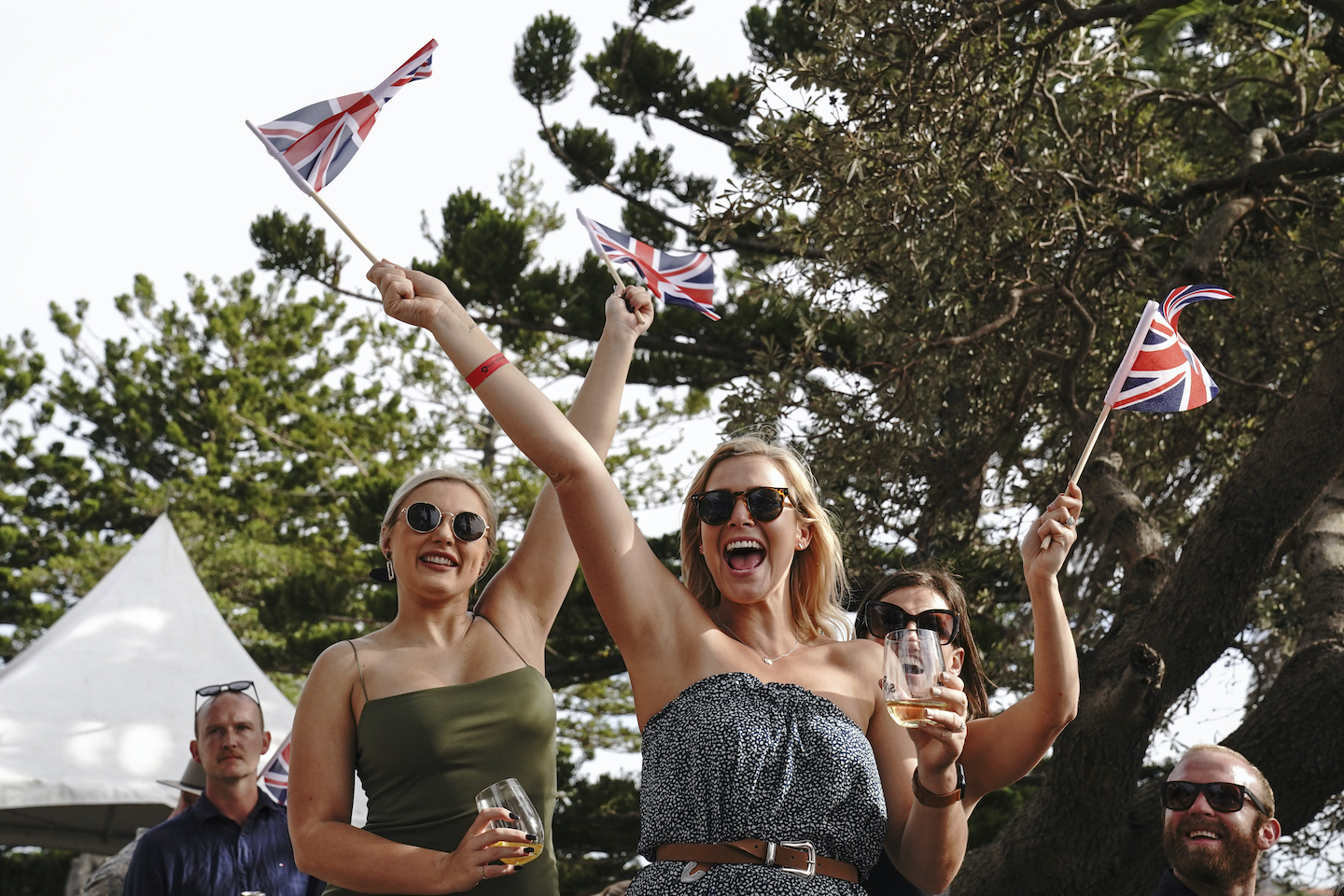 Spectators cheer as they watch the action from Shark Island, Sydney Harbour, in 2020. (Photo: Thomas Lovelock for SailGP. Image supplied by SailGP.) 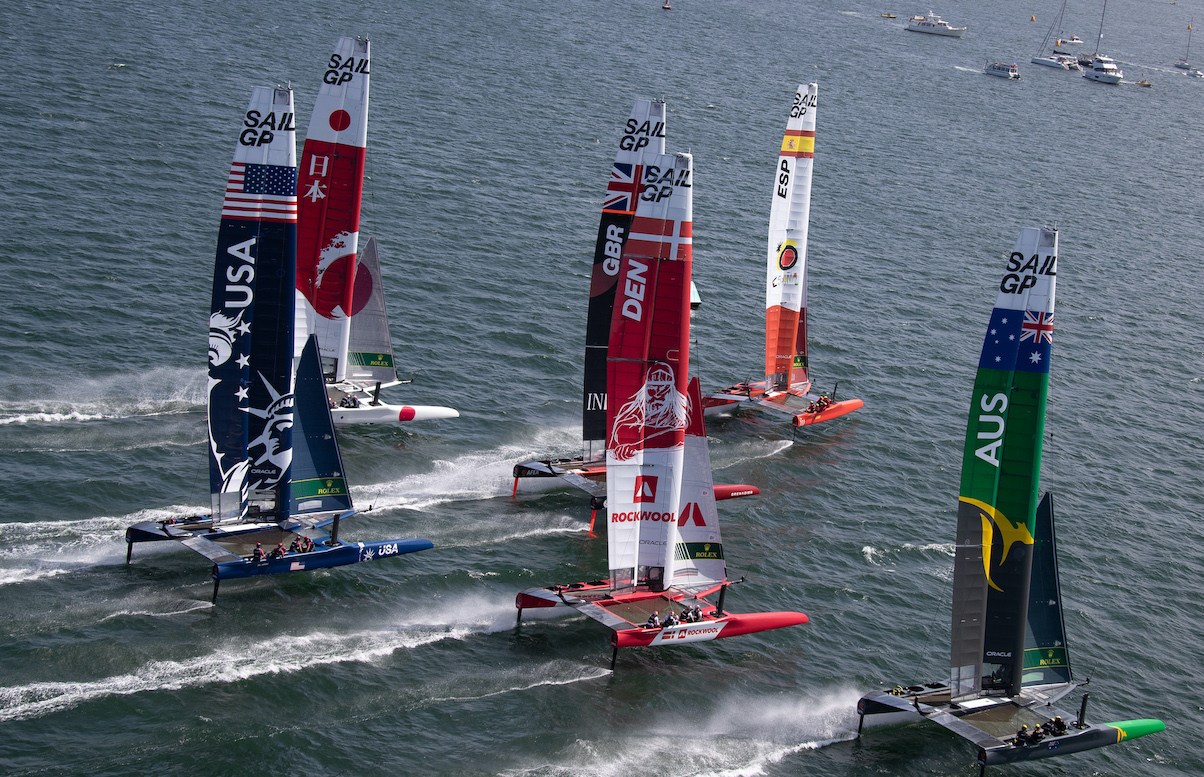 Aerial view of the fleet racing side by side on Sydney Harbour during practice ahead of Sydney SailGP in 2020. (Photo: David Gray for SailGP. Image supplied by SailGP.) 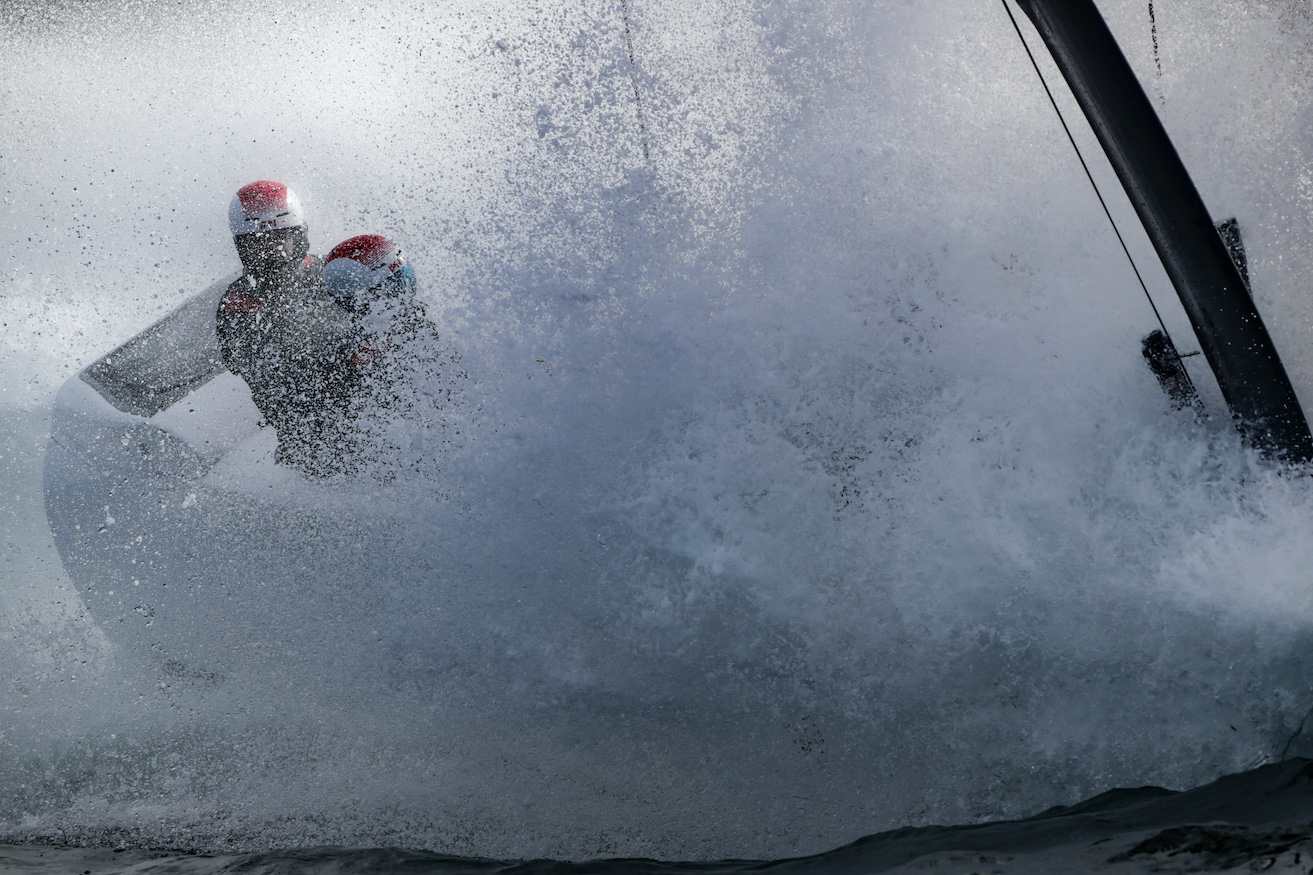 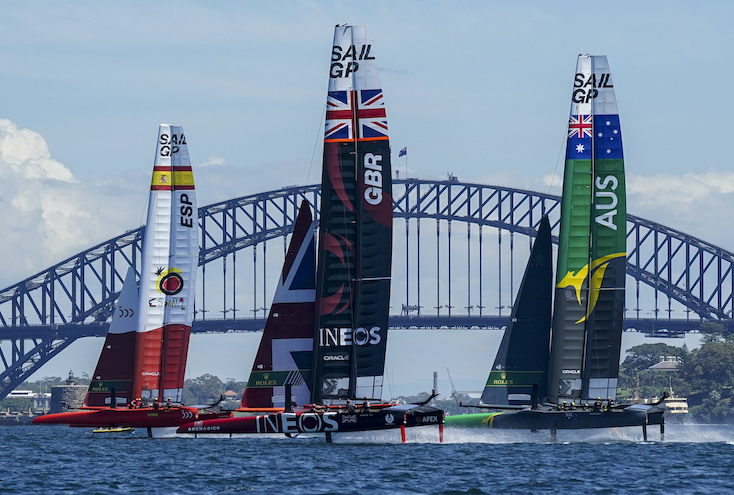 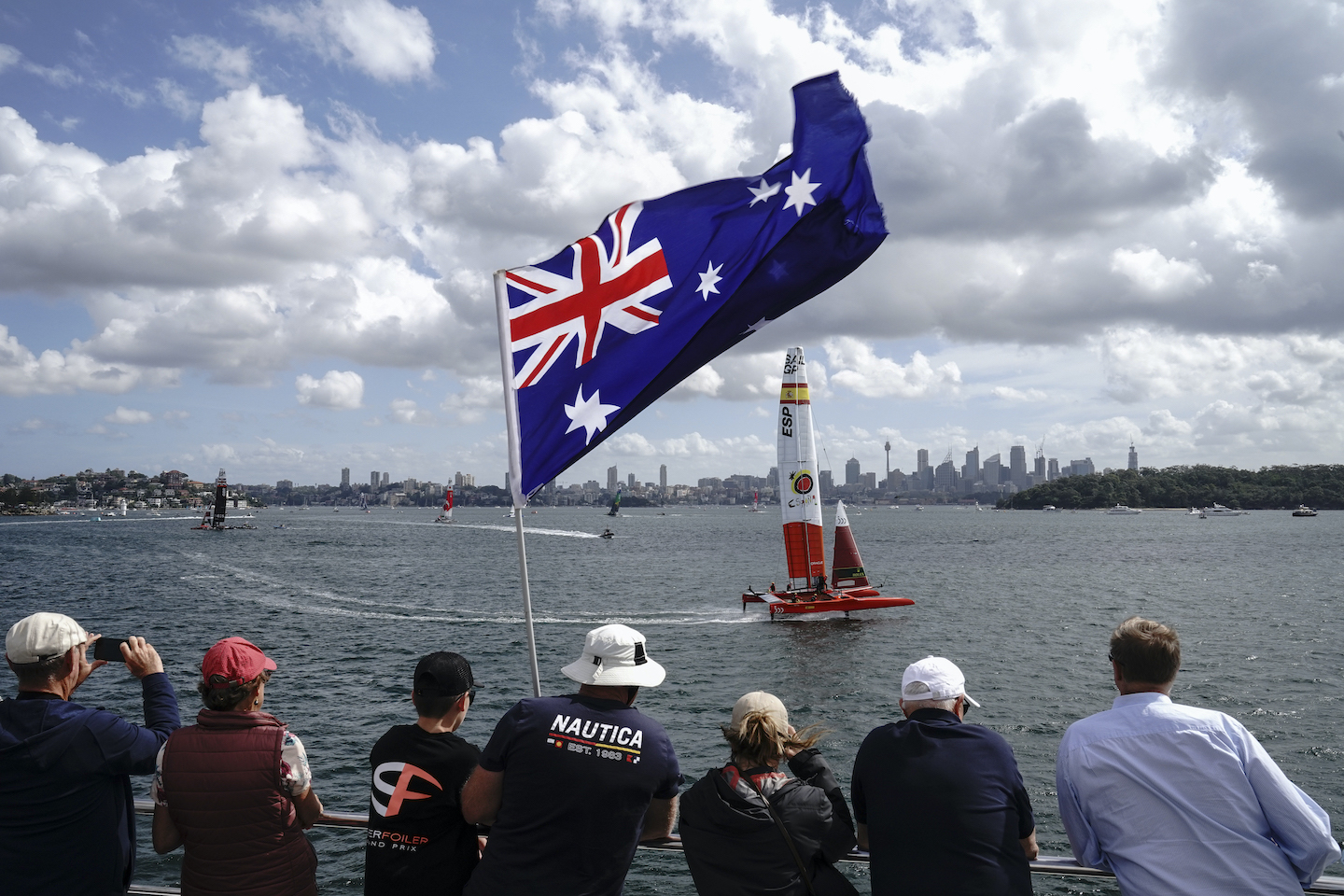 Spectators watch the Spain SailGP Team helmed by Phil Robertson warm up on Sydney Harbour before the first race in 2020. (Photo: Thomas Lovelock for SailGP. Image supplied by SailGP.) 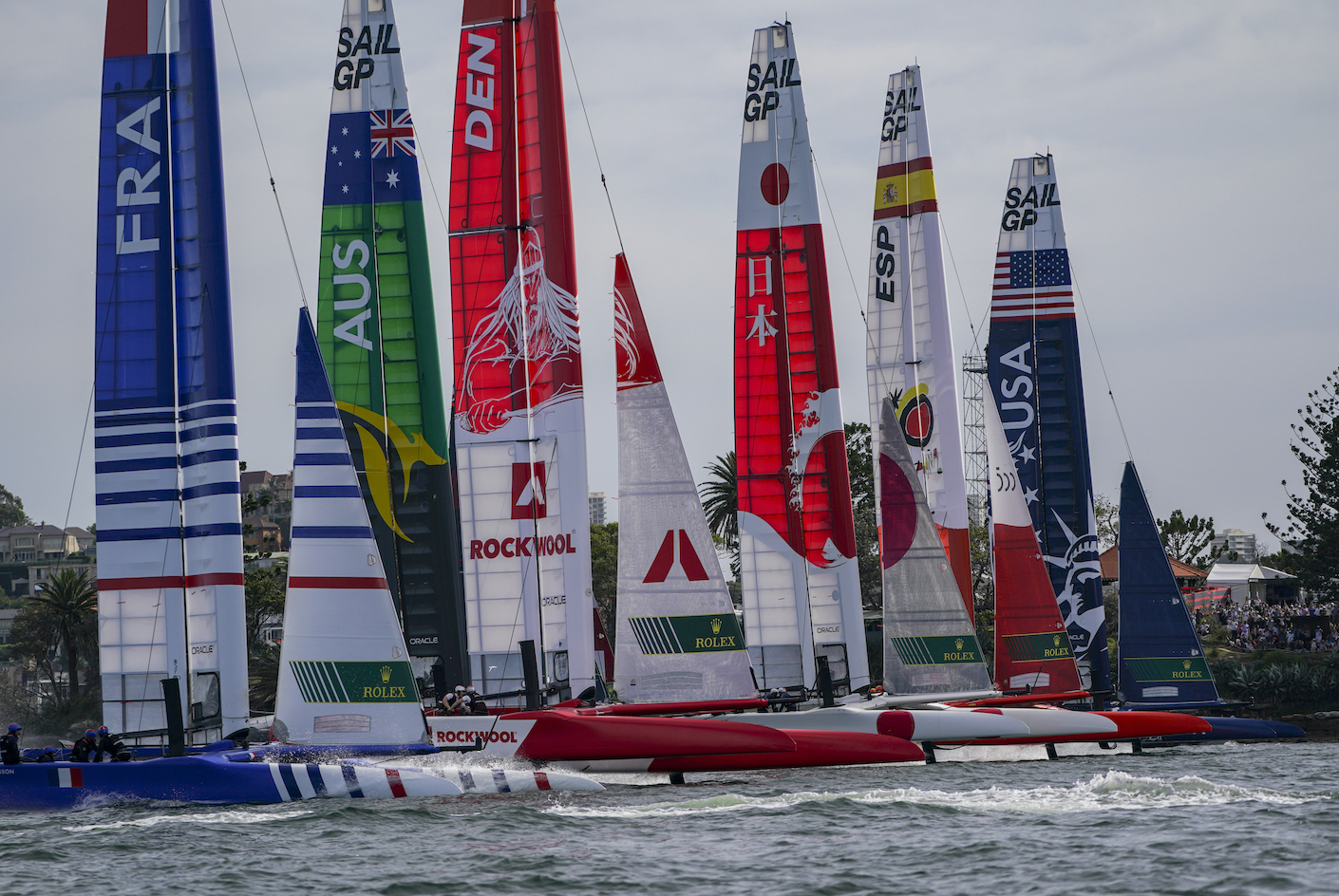 The fleet on Sydney Harbour at the Sydney SailGP in 2020. (Photo: Sam Greenfield for SailGP. Image supplied by SailGP.) 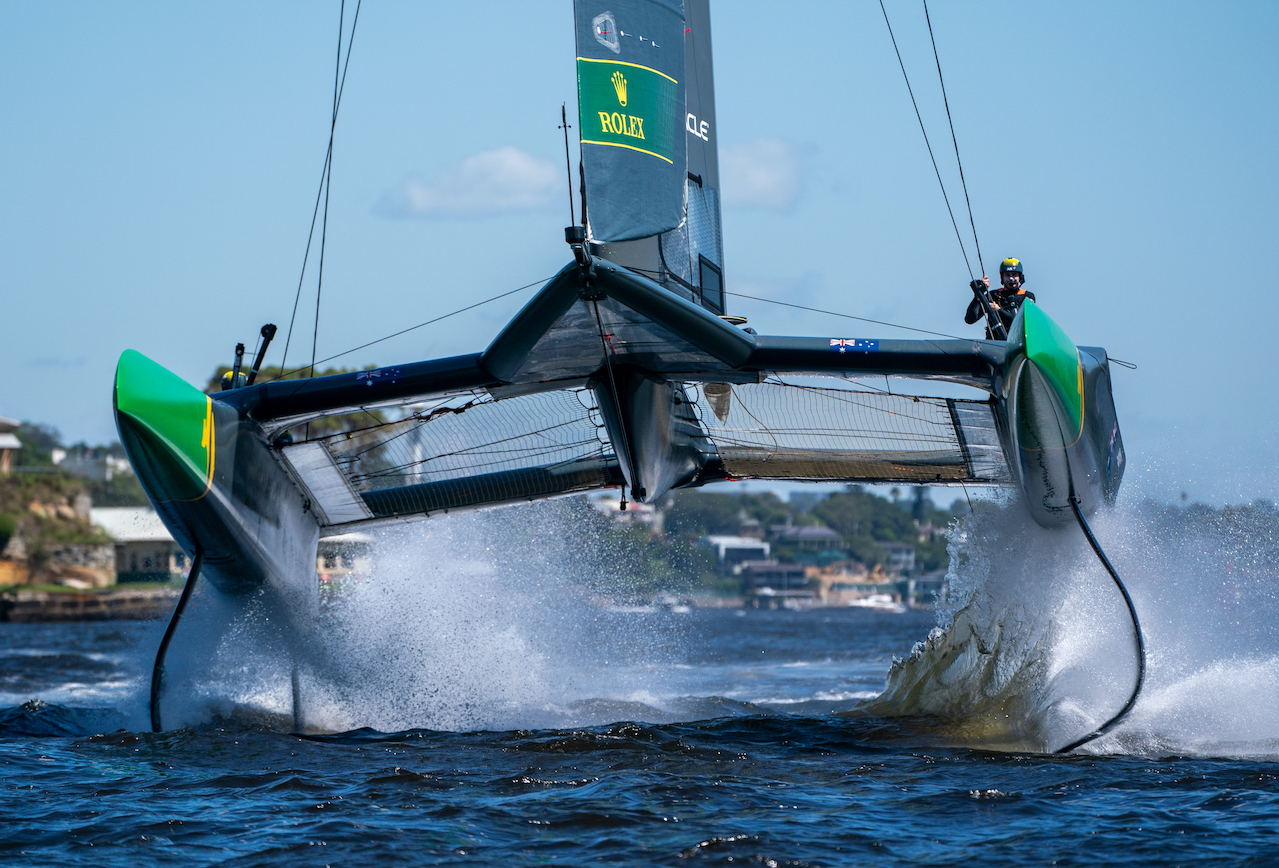 Australia SailGP Team (helmed by Tom Slingsby) in action during a practice session ahead of Sydney SailGP in 2020. (Photo: Sam Greenfield for SailGP. Image supplied by SailGP.) 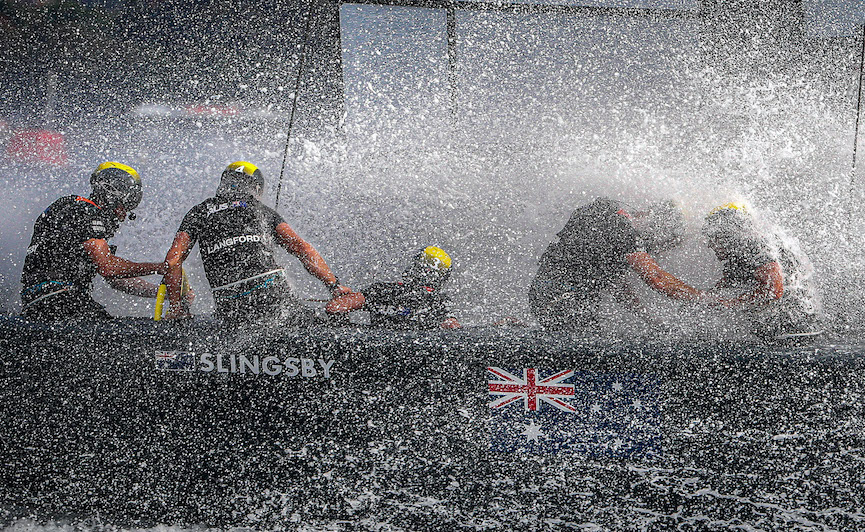 Following a competitive bid process, Ōtautahi Christchurch – the largest city in the South Island – was selected to host the New Zealand Grand Prix. The seventh SailGP event in the calendar will take place in Lyttelton Harbour, which is located on the side of an extinct volcano on the east coast of New Zealand and under the guardianship of Te Hapū o Ngāti Wheke, the local Māori community.

Coutts said, “Christchurch is one of New Zealand’s most exciting venues. The positioning of the race course is quite similar to the layout of our event in San Francisco, which should provide spectacular viewing for our spectators.

“Surrounded by the natural beauty of Lyttelton Harbour, we expect this event will draw passionate spectators from across the country and Australia, provided the COVID-19 situation improves, as we hope it will.

Coutts continued, “Aotearoa New Zealand is a strong sailing nation and Ōtautahi Christchurch has a proud sporting heritage. We expect Lyttelton Harbour will deliver fantastic conditions and a very warm welcome to all teams and visiting fans.”

Olympic gold medalists and co-CEOs of the New Zealand SailGP Team Burling and Tuke will be able to delight home crowds following their defense of the America’s Cup.

Burling said, “We are proud to represent New Zealand and there is nothing better than competing on home waters supported by our country’s sports fans, so we are stoked to bring the global event to Christchurch.

“We can’t wait to start racing in SailGP and sharing our Live Ocean conservation message along the way, which we know fans here in Aotearoa/New Zealand and around the world will get behind.”