Four international teams from New Zealand, Italy, the United States, and Great Britain have been confirmed for the America’s Cup World Series (ACWS) regatta taking place in Cagliari, Sardinia from 23-26 April – the opening event of the 36th America’s Cup presented by Prada.

The event will see current America’s Cup holder Emirates Team New Zealand and Challenger of Record Luna Rossa Prada Pirelli Team from Italy, be joined by the British and American challengers INEOS TEAM UK and NYYC American Magic for four days of match racing on the Gulf of Cagliari at the Southeast part of the beautiful Mediterranean island of Sardinia.

A major milestone in the latest cycle of the historic America’s Cup competition, the regatta is the first of three ACWS events in 2020 and marks the first occasion the teams will compete against each other aboard their revolutionary foiling AC75 Class monohull yachts.

With each of the teams interpreting the AC75 design rule differently there are marked differences between all four boats launched so far, and therefore great anticipation to see them race for the first time. 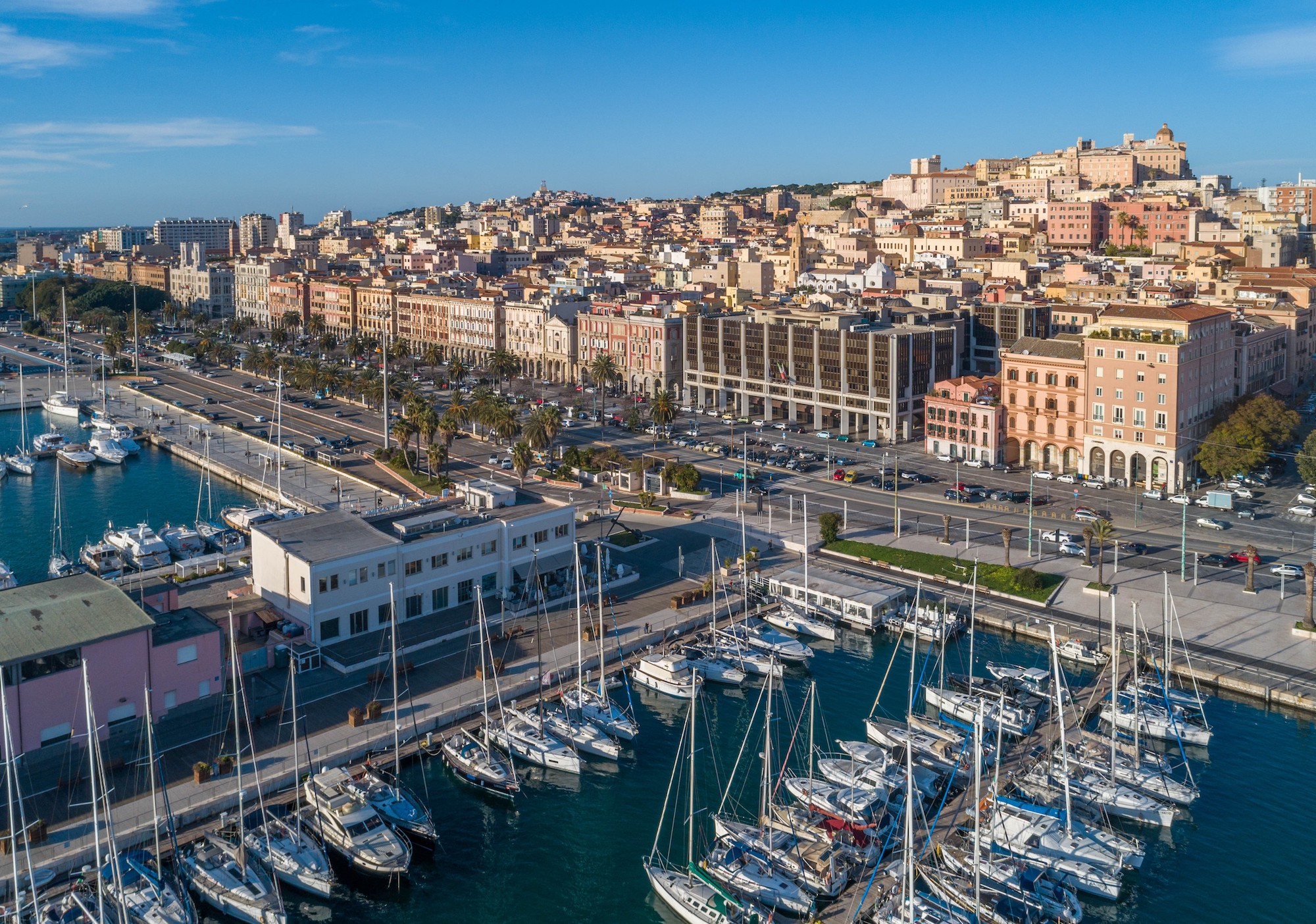 Giovanni Chessa, Assessore of Tourism, Culture and Commerce for the Autonomous Region of Sardegna (RAS) said the region was immensely proud to host the event.

“We are delighted that Sardinia will become a part of the long and illustrious history of the America’s Cup – a competition that dates back to 1851,” he said.

“We are looking forward to welcoming the four competing teams and visitors to Sardinia and to being able to showcase what our beautiful island has to offer.”

As well as the on the water racing action, visitors to Cagliari will be able to take advantage of the open Race Village located at the heart of the city and packed with entertainment for families to enjoy – including a live daily Dock Out Show on the main stage to introduce each of the competing teams.

Racing is scheduled for 1400 – 1600 each day and fans can book a spot on an official spectator boat to get close to the action. Alternatively they can watch on jumbo screens dotted around the race village.

For the first three days of the regatta there will be four races per day of round robin competition when all of the four teams will race each other twice. The races will be held on a windward-leeward configuration racecourse and last around 20 minutes each. Race winners will score one point and the losers zero points.

On the final day the bottom two teams will contest a single playoff race to decide third and fourth, while the top two teams will face off in a first-to-two-points final.

Alessandro Sorgia, Assessore for Productivity, Tourism and Promotion of the Territory for the City of Cagliari said: “Like everyone else I am excited to have a high-profile international event like the America’s Cup visit our city. It is an opportunity for the city to be as welcoming as possible and to involve all the stakeholders of the city.

“In addition to watching the racing, I encourage everyone who comes to the event to explore our city and make the most of our Cagliari’s restaurants and cultural attractions.”

Laurent Esquier, CEO of Challenger of Record 36 srl – the organisers of  the America’s Cup World Series events in Cagliari and Auckland, as well as the Prada Cup – Challenger Selection Series – said good progress was being made with the Cagliari event.

“We are thrilled at the prospect of the first event of the 36th America’s Cup presented by Prada taking place in Cagliari,” Esquier said. “We appreciate the support of Assessore Chessa and Assesore Sorgia, as well as with the many other entities that we rely on to deliver a high-level event like ours.”

The ACWS Sardegna – Cagliari event will be followed in 2020 by ACWS regattas in Portsmouth, England from 4-7 June, and in Auckland – along with a separate Christmas Race regatta – in the timeframe 17-20 December.

Following this in January and February 2021 the Challengers will race for the Prada Cup to decide which of them will take on Emirates Team New Zealand in the Match for the 36thAmerica’s Cup presented by Prada scheduled for 6-21 March.