Lürssen is building its first yacht with fuel-cell technology for a pioneering and technology-driven client.

The fuel cell is flanking the conventional generators and is a big step to an emission-free Lürssen yacht. This innovative technology makes it possible to anchor emission-free for 15 days or cruise 1,000 miles at slow speed.

Peter Lürssen states, “My grandfather built the world’s first motor boat in 1886. My dream is to be the first to build a yacht without a combustion engine.”

Lürssen has established an Innovation Laboratory to simulate and test the integration and operation of a Marine Hybrid Fuel Cell System on board a yacht powered by methanol.

Since 2005, Lürssen has been involved in research projects aimed at using fuel cells on ships in order to advance sustainable shipbuilding.

“We don’t just want to use the latest technology on our yacht – we want to advance the status quo,” says Peter Lürssen.

“In order to change things, you have to be active. That’s why we’ve teamed up with several top partners.” 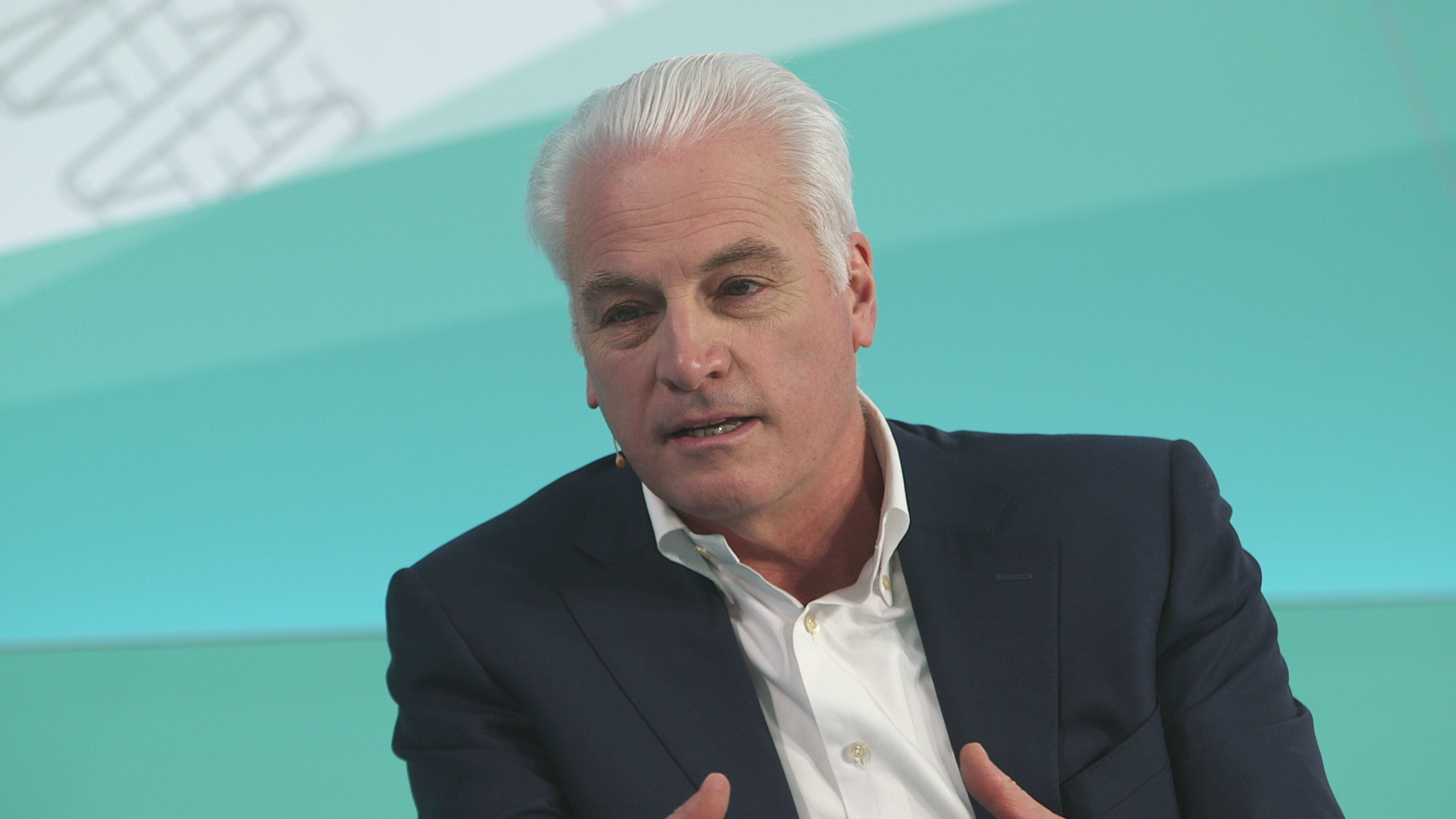 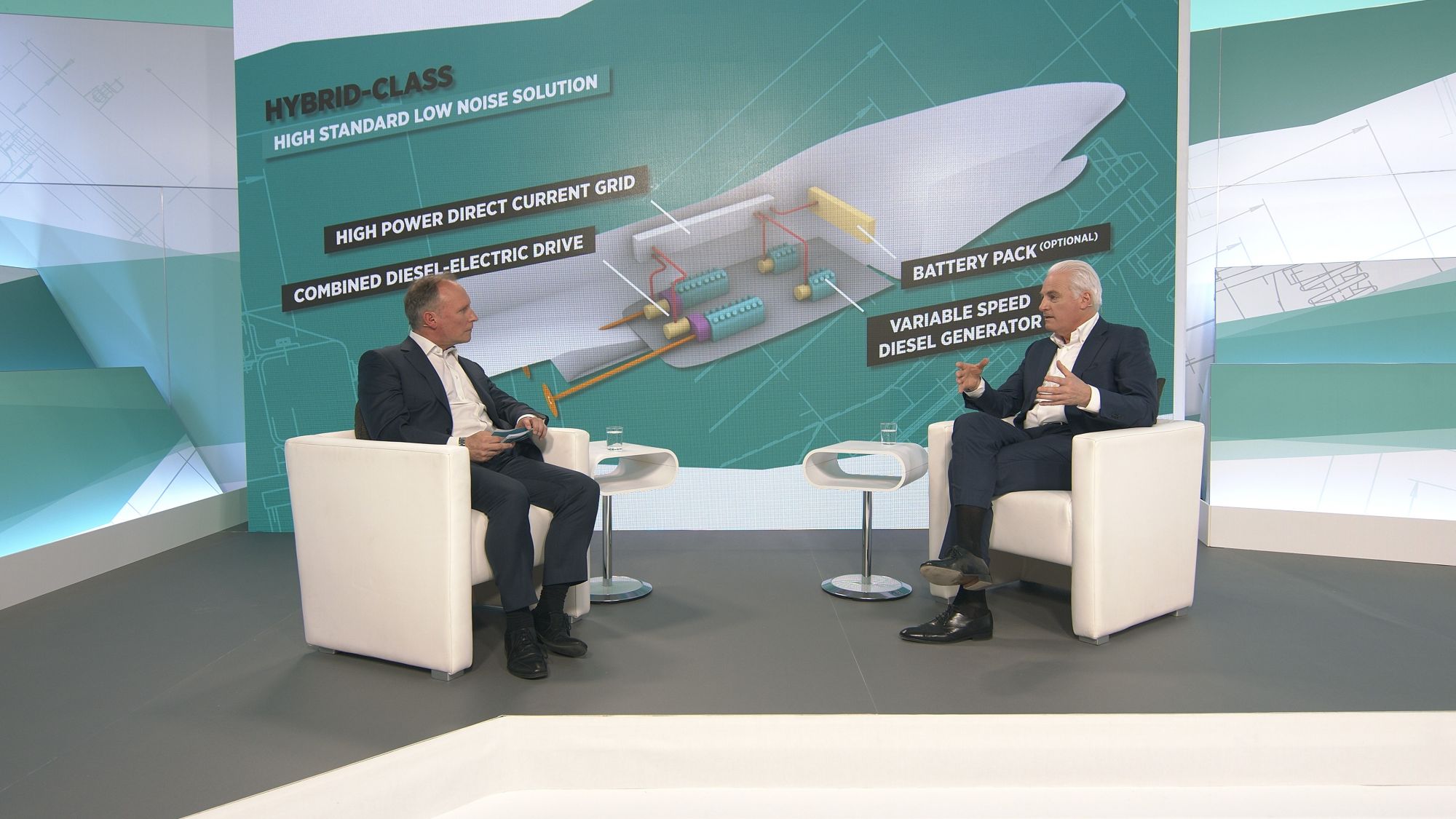 The aim is the development and testing of a hybrid energy system with a new generation of proton exchange membrane (PEM) fuel cells for yachts and seagoing passenger vessels.

Dr Justus Reinke, managing director of Lürssen confirms, “The Innovation Laboratory will be ready in summer 2021. Under real-life ambient conditions and with all the required auxiliary systems, we consider this demonstration plant to be the final preparation to bring fuels cells on board a yacht successfully.”

“It will definitely bring us a step closer to a CO2 emission-free Lürssen yacht.”

Lürssen has committed to a strategic partnership with Freudenberg, one of the leading experts for maritime fuel cells and a global technology group with around 48,000 employees in 60 countries.

Peter Lürssen says, “With Freudenberg, we have a strong partner at our side. We both have the aim of bringing fuel cells on board ships in the near future and revolutionise the yacht’s energy and propulsion system.”

Claus Moehlenkamp, CEO of Freudenberg Sealing Technologies says, “We’re pleased to enter into a long-term partnership with Lürssen, the leading, innovative shipyard in the yacht sector.”

“Together we will set standards for a sustainable, emission-free mobility for yachts.” 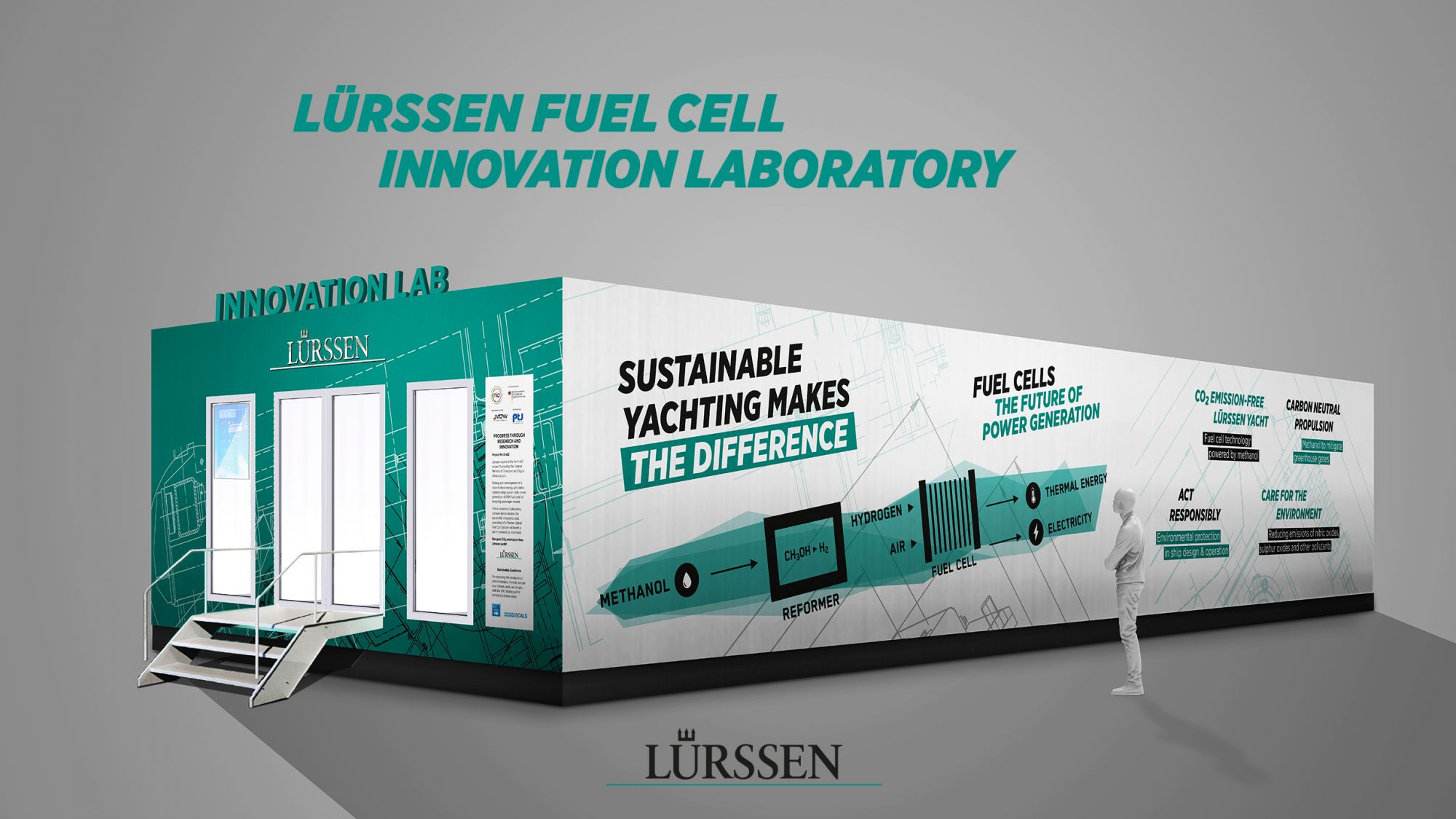 Lürssen’s and Freudenberg’s concept is a fuel cell driven by hydrogen, which is continuously reformed from methanol. The choice of methanol rather than elemental hydrogen has been made due to its higher energy density, the simplicity of handling and easy, worldwide availability.

But most importantly, methanol can be stored in structural tanks in the double bottom of a yacht in contrast to pressurised or liquefied hydrogen, which requires valuable space above the tank top and extensive tank structures.

Dr Manfred Stefener, Head of the Lead Center Fuel Cell Systems of Freudenberg Sealing Technologies explains: “Based on our vast knowledge in fuel cell systems and hydrogen generation by reforming methanol in connection with Freudenberg’s proven industrialisation expertise, we are committed to realising innovative power and propulsion solutions for the maritime industry.”

“We’re happy to have Lürssen as partner for bringing the combination of the mature polymer electrolyte fuel cells (PEMFC) with an efficient conversion process of methanol into hydrogen on the first yacht worldwide.”

Methanol is an important base material for the chemical industry and has been an option to be used as clean fuel for decades. When produced from renewable sources like by CO2-capturing from the atmosphere, methanol is completely climate-neutral.

Peter Lürssen comments, “Due to the low dynamic capability of fuel cells, the system layout and the combination with other energy converters and storages is the key for a successful fuel cell power system.”

“The yacht, which is currently under construction, will be able to stay more than 15 days at anchor with the night-time power supply being a zero-emission mode. And the yacht can reach more than 1,000 miles slow cruising with zero emission.”

Thanks to the modular construction, the methanol fuel cell system can be adjusted to a customised yacht to keep space requirements and costs as low as possible and the total efficiency of the system as high as possible. Fuel cells cause almost no noise or vibrations, need only minor maintenance and are more efficient than diesel engines.

But most important emissions like nitrogen oxides, sulphur oxides, soot and even CO2 can be avoided when green methanol is used.