A new Wally to turn heads

Monaco-based Wally Yachts has announced the sale of a new 44-metre performance “mega sailer” yacht, the Wally 145, which is set to be one of the next timeless world cruisers to join the brand’s fleet.

The team behind the yacht’s design said it has been created to combine comfort with round-the-world cruising capabilities as well as deliver some serious racing credentials.

The Wally 145 has all the hallmarks of an eye-catching, modern Wally yacht design from the company founded and run by Luca Bassani, with naval architecture provided by the legendary firm headed up by Germán Frers. It is already under construction at the Persico Marine yard in Massa Carrara, Italy, which recently signed a strategic partnership with Wally.

Frers said that the Wally 145 has been created for a “distinguished, knowledgeable person who really enjoys driving a sensitive, well-balanced, pleasant and fast sailing yacht” and that the design has been created to allow for comfortable family cruising of up to 15 knots under power as well as “racing around the cans”. 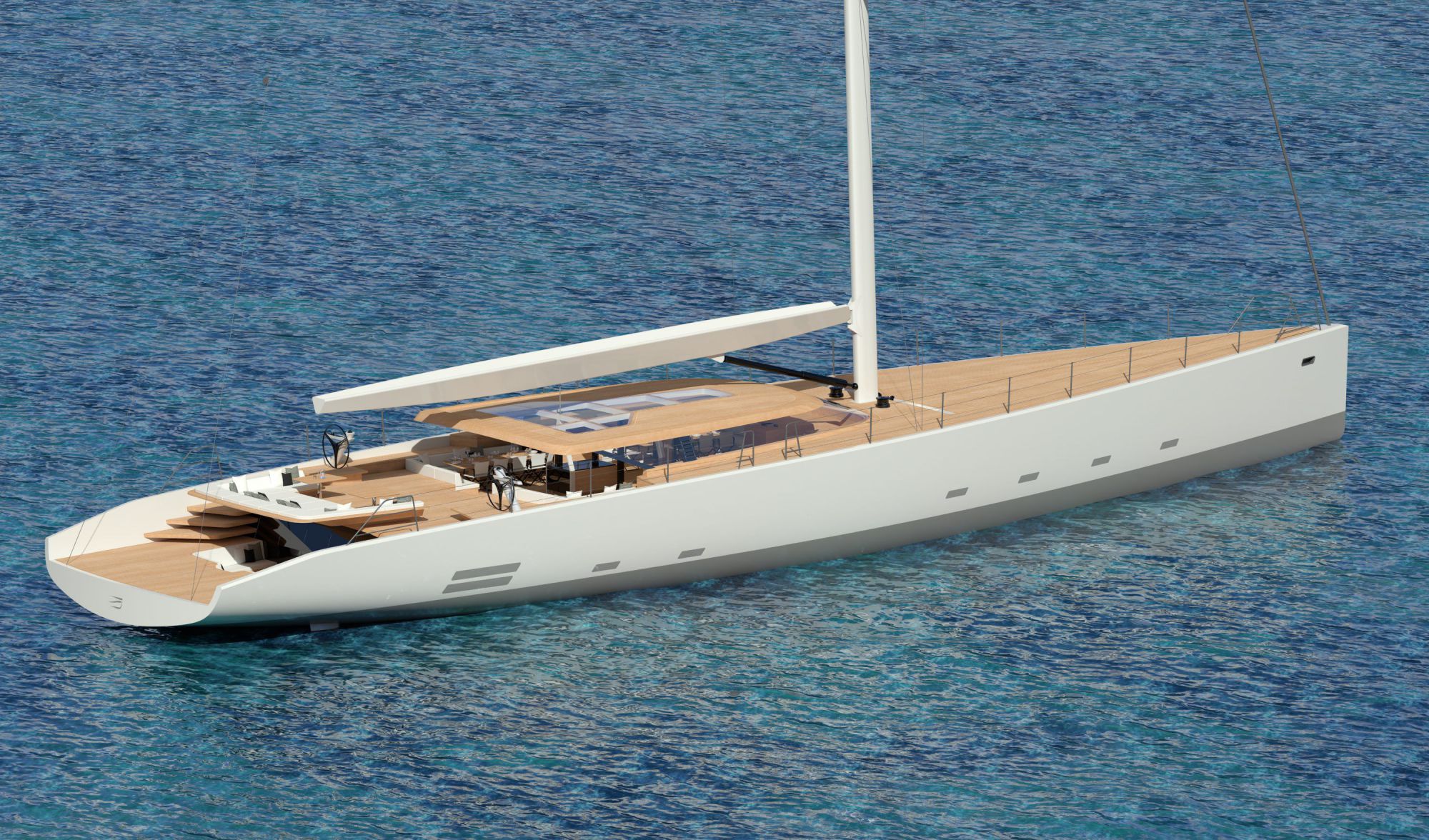 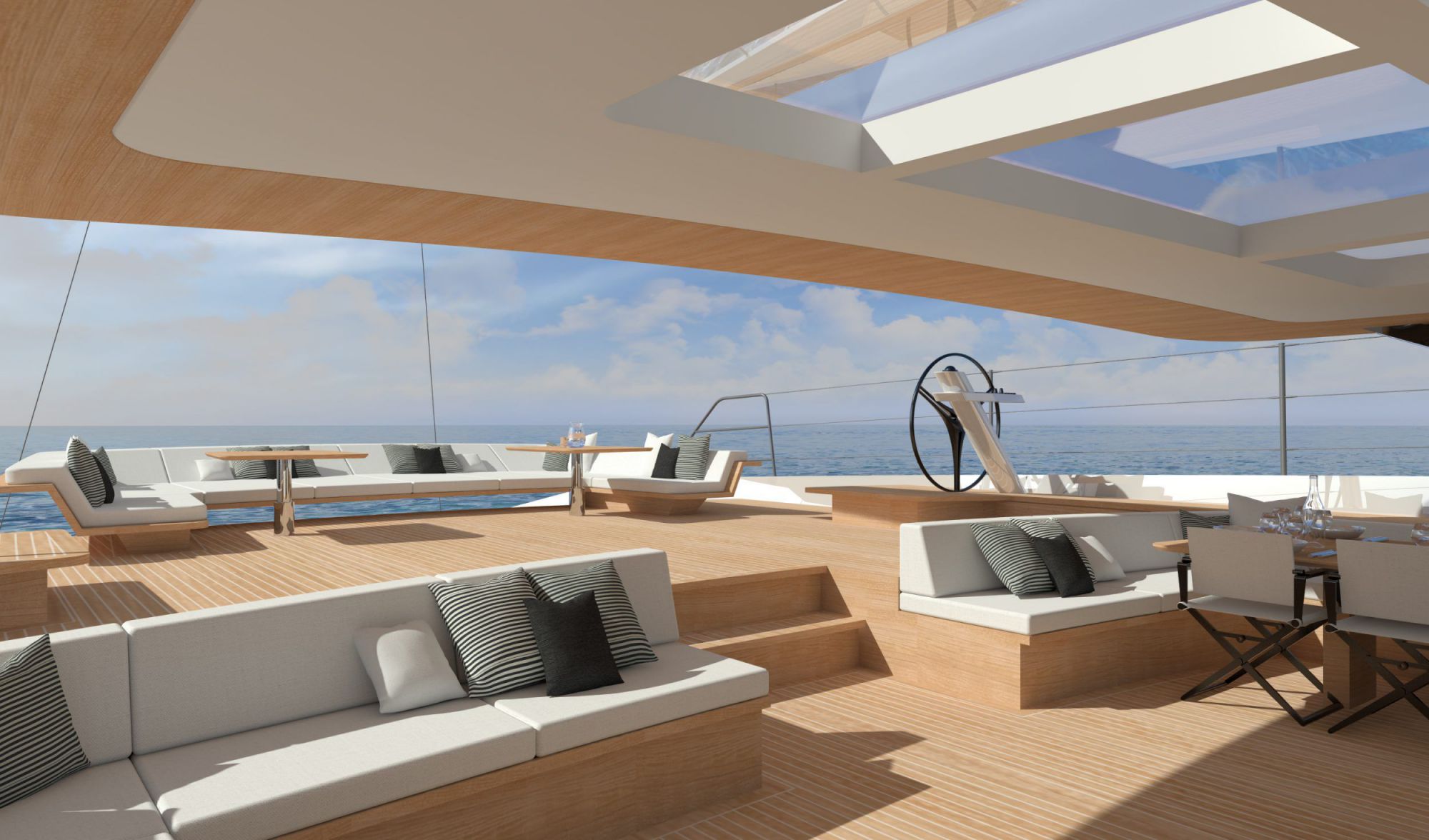 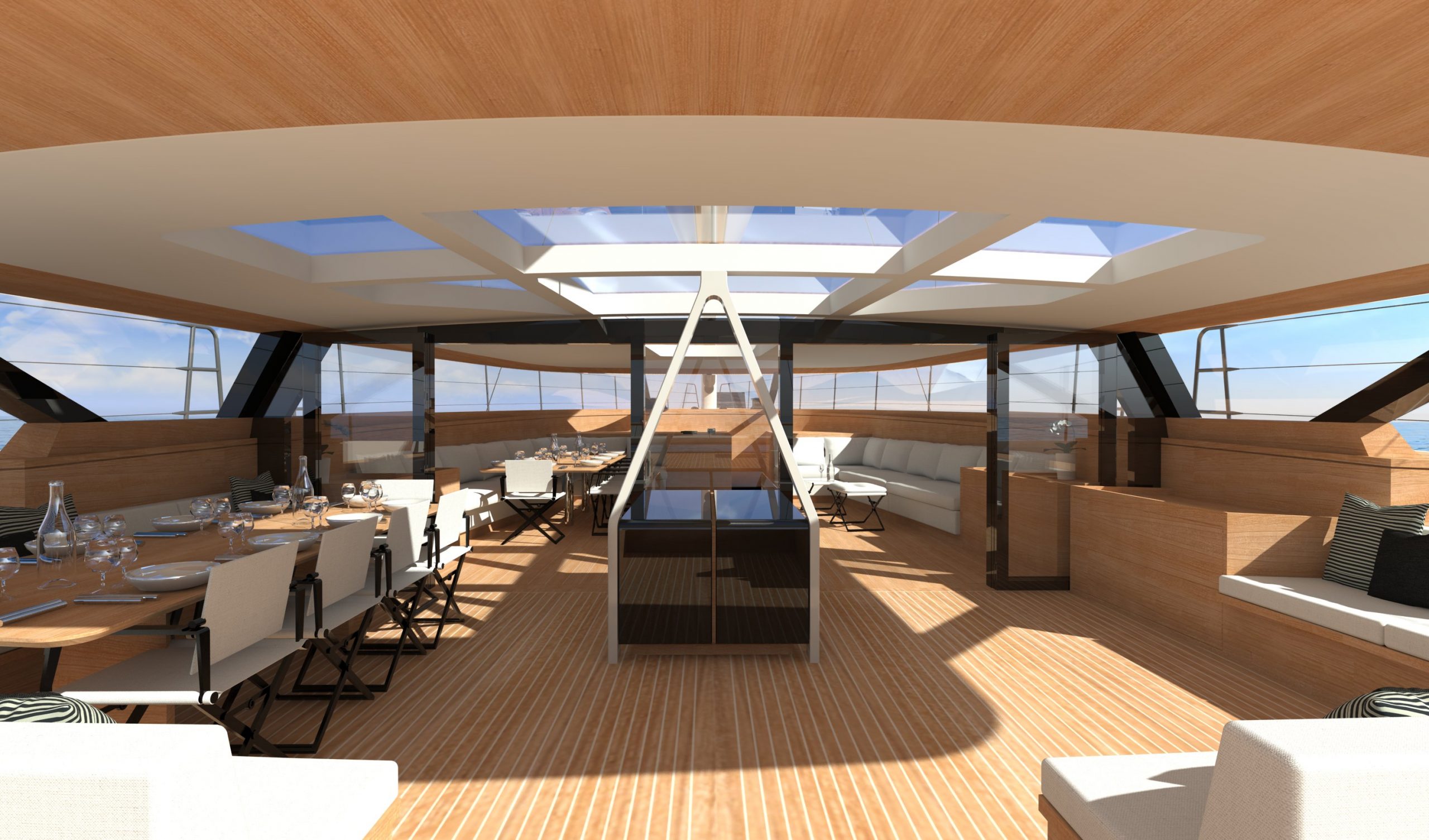 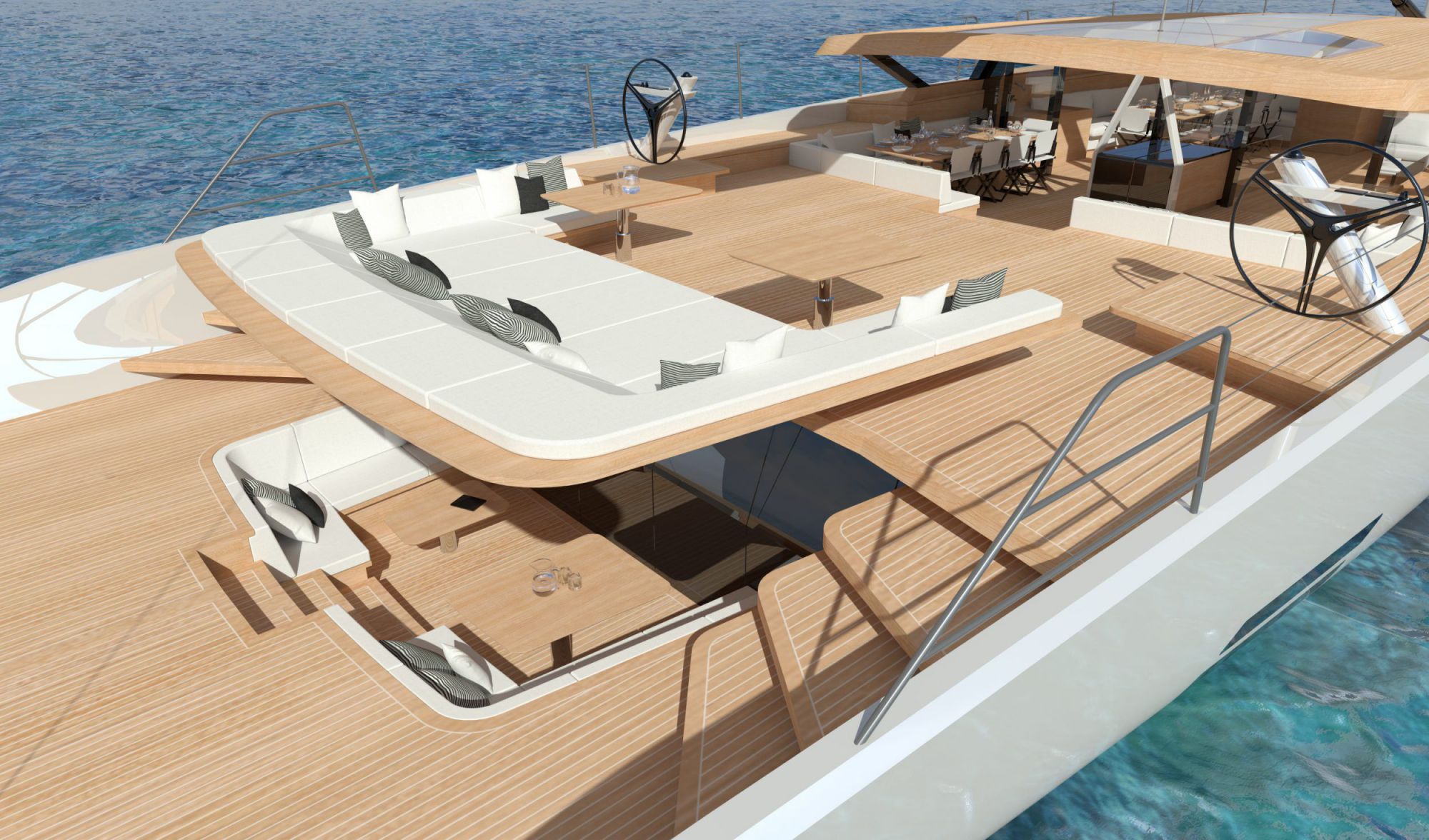 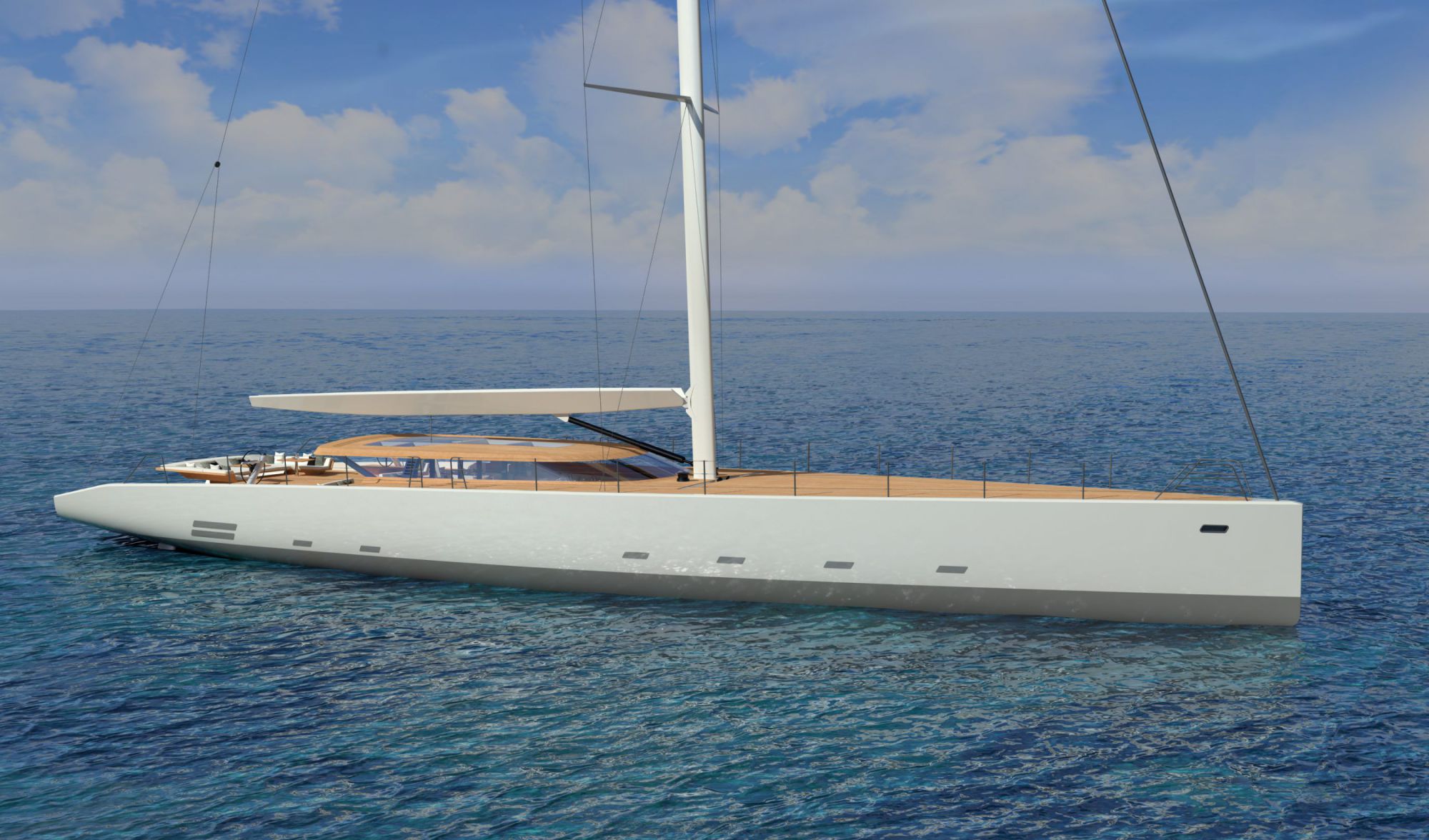 The initial brief was for a larger yacht and, contrary to the norm, the new design decreased in size and got simpler during the design process, in search of agility, speed and a closer vicinity to the sea and the elements,” added Frers.

Three different deck areas have been provided for guest enjoyment on board, as well as a “very sophisticated sail handling system”. At 171 tonnes, some 100 tonnes lighter than comparable superyachts of similar sizes, great attention has been paid to reducing the weight of the Wally 145 to maximise performance. This is in part due to the application of carbon fibre as well as what Wally commented is state-of-the-art system development and engineering. The mast and boom will be supplied by Southern Spars, while the rigging will be from EC6/ Carbo-Link and sails from North Sails; Cariboni will be providing the hydraulics for the yacht. Her hull will be vacuum consolidated/autoclaved pre-preg composite.

Her sail-area-to-displacement ratio is much higher than that of any other mega yacht of this category, resulting [in fast performance], even in six knots of wind,” explained Bassani, Wally Founder and President. “At the same time, in strong winds she is very stable and powerful thanks to the hull shape and to the lifting keel lowering the bulb down to over seven meters.”

The yacht will feature a hybrid propulsion system to allow for silent cruising when not under sail, as well as while stationary, including bow and stern thruster manoeuvres. This will allow for peaceful autonomy in operations both at day and at night with air conditioning and auxiliary services on the go. There will also be a dynamic positioning system installed, assisting in keeping the yacht safe while in protected locations.

As well as the sound reduction benefits, the hybrid propulsion system has environmental benefits by reducing the yacht’s fuel dependence, helping to reduce the impact when visiting protected areas.

The new Wally 145 is the perfect yacht to enjoy sailing round the world” said Bassani, “She epitomises our credo of uncompromised performance combined with timeless appeal and providing the owners with the pleasure of truly sailing in any wind condition, from the very light to the strong airs, in complete comfort.”

The design of the yacht’s exterior living spaces is typically forward-thinking, continuing the ethos of ‘inside-outside’ layouts for which Wally is known. The main saloon and social cockpits enjoy seamless transitions, along the same level, with a choice of open-air cockpit or a more protected space when the winds blow. A “world first” for its 44-metre, said Bassani, is the third cockpit, located on the lower deck aft, on the same level as the master suite, providing private access to this space for peaceful contemplation and relaxation.

For the interior, Wally worked with Droulers Architects and Studio Mari Sculli. The large owner’s suite features two queen sized beds, his-and-hers ensuites, an office space and double walk-in wardrobes. Up to six further guests are accommodated in two twin cabins with Pullmans. The saloon amidships can seat up to 10 guests, alongside the navigation station, with crew space forward featuring a galley, crew mess and four double ensuite crew cabins for up to eight crew.

The Wally 145 is scheduled for a delivery from the Persico Marine yard in May 2019.