Getting a handle on what's happening in China’s industries has often been a challenge for outside analysts and commentators, but one of the country’s oldest yacht builders seems to be doing just fine.

Back in February, before COVID-19 strangled commerce and shut down travel, a comprehensive report on the outlook for the global yacht industry presented an optimistic picture.

Global industry growth was projected at 4.4 percent and, buoyed by revenue estimated to reach approximately US$3.7 billion, China’s market was identified as having the potential to expand at 4.2 per cent over the next couple of years.

Now, according to the International Monetary Fund (IMF), the world faces its worst recession since the Great Depression of the 1930s. In its World Economic Outlook released on 8 April, the IMF slashed its growth forecasts dramatically, saying it expects the global economy to shrink by 3 percent this year, rather than expand by 3.3 percent as it thought back in January.

Add to that China’s worst quarter GDP result on record, a drop of 6.8 percent, and you could be forgiven for assuming China’s boatbuilding sector, which has roughly 150 yards and factories, is either heading into, or already experiencing, turbulent conditions.

But that’s not the scenario on the ground at one of China’s best-known yacht builders. 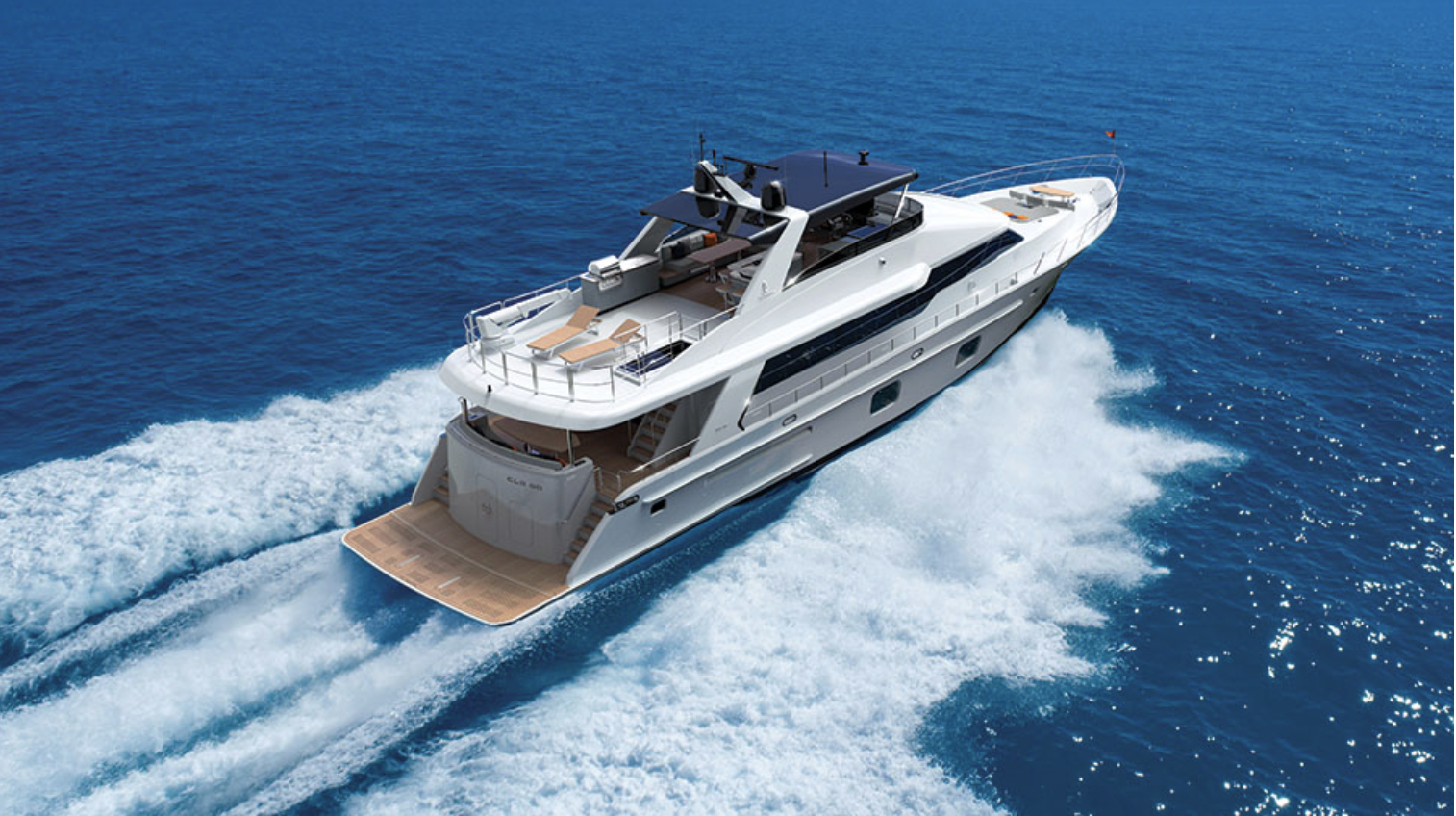 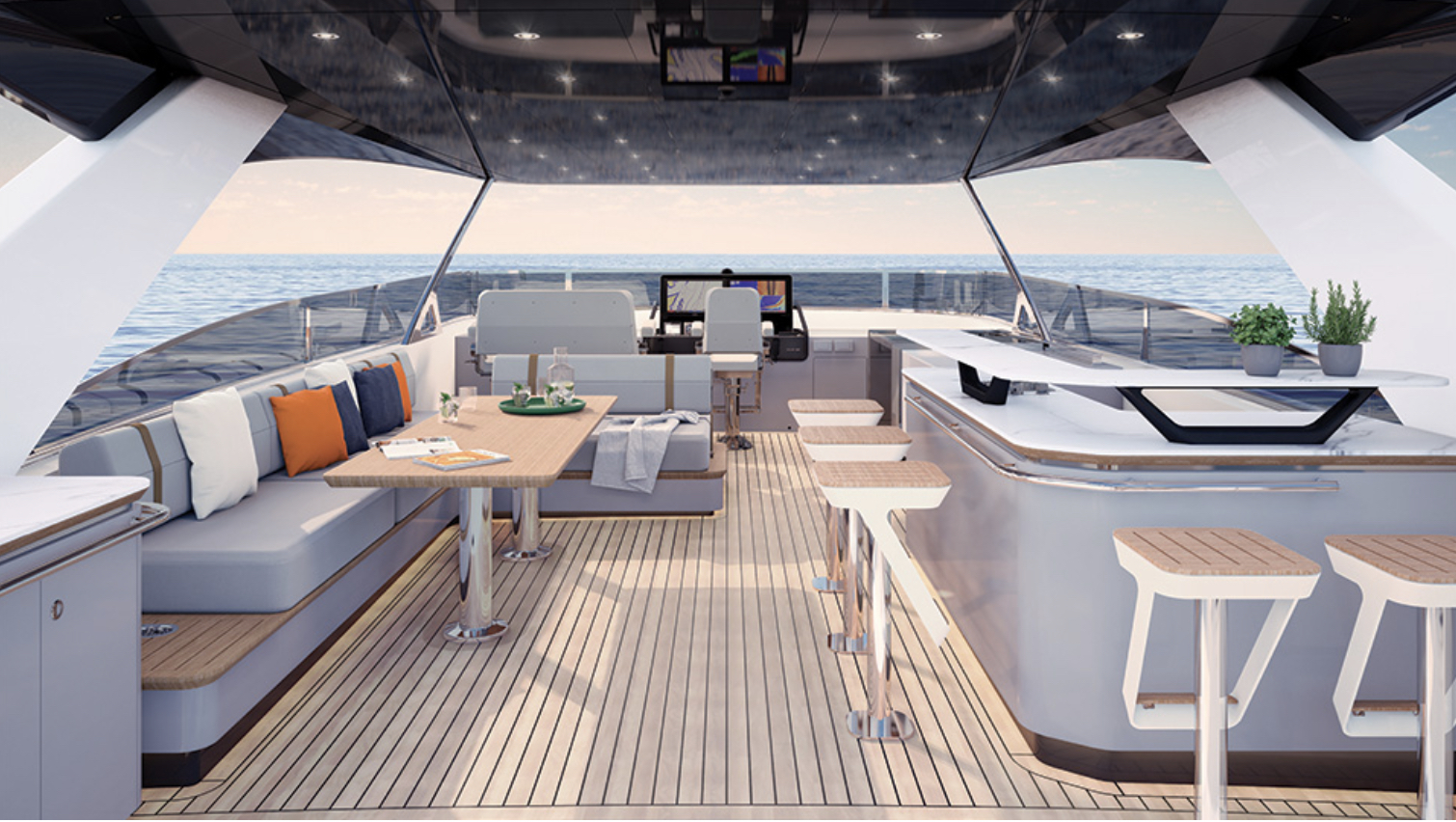 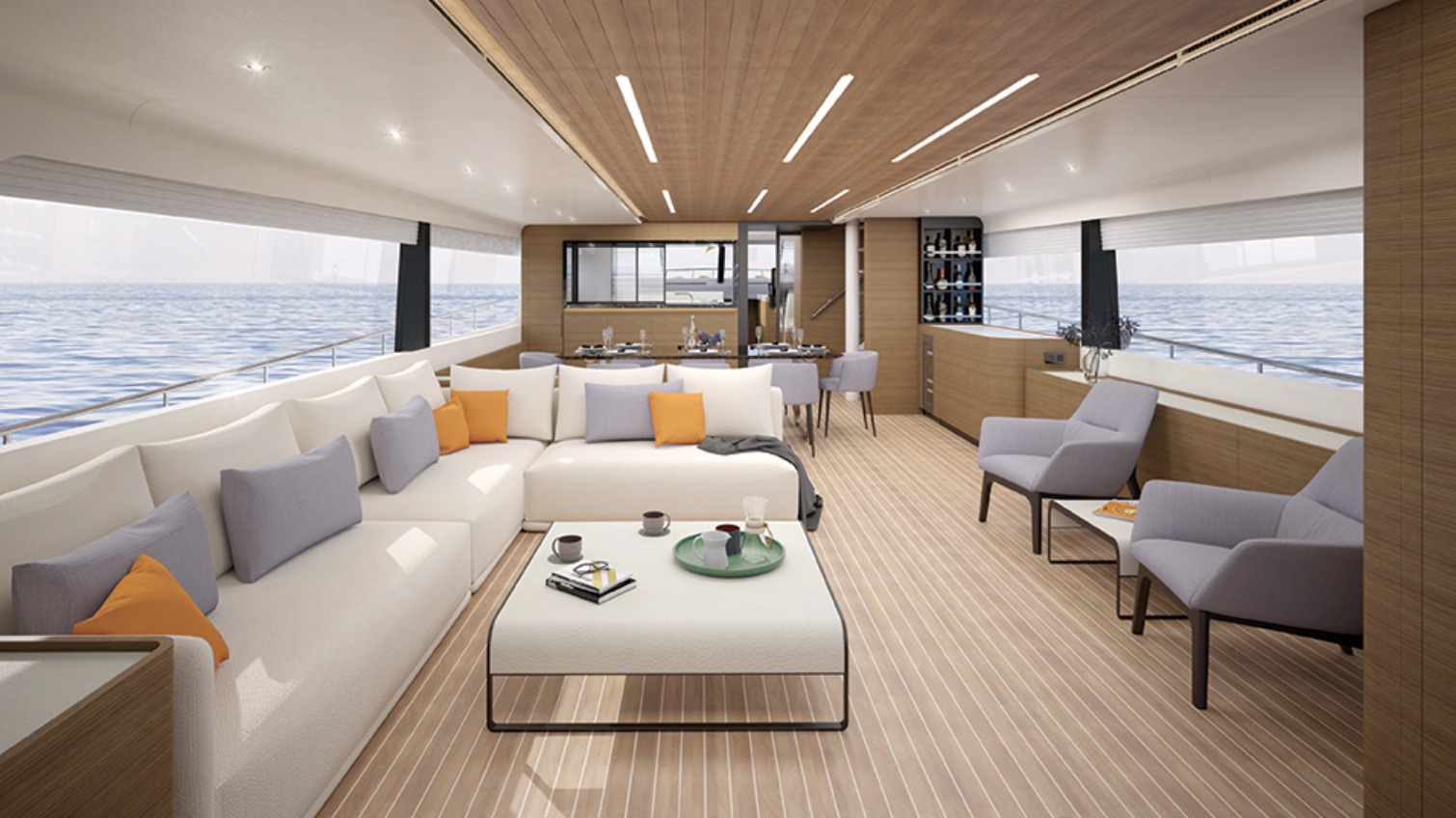 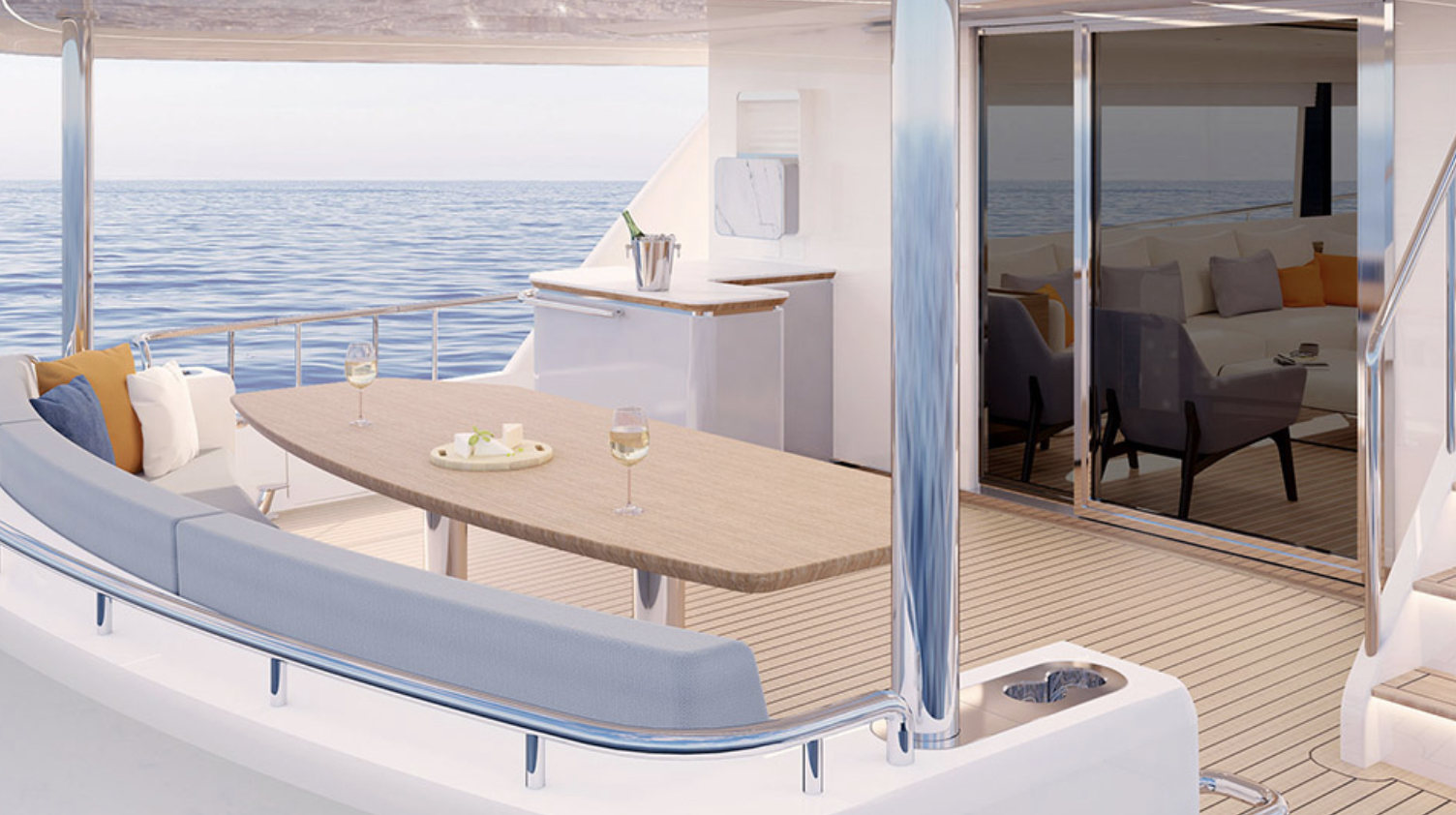 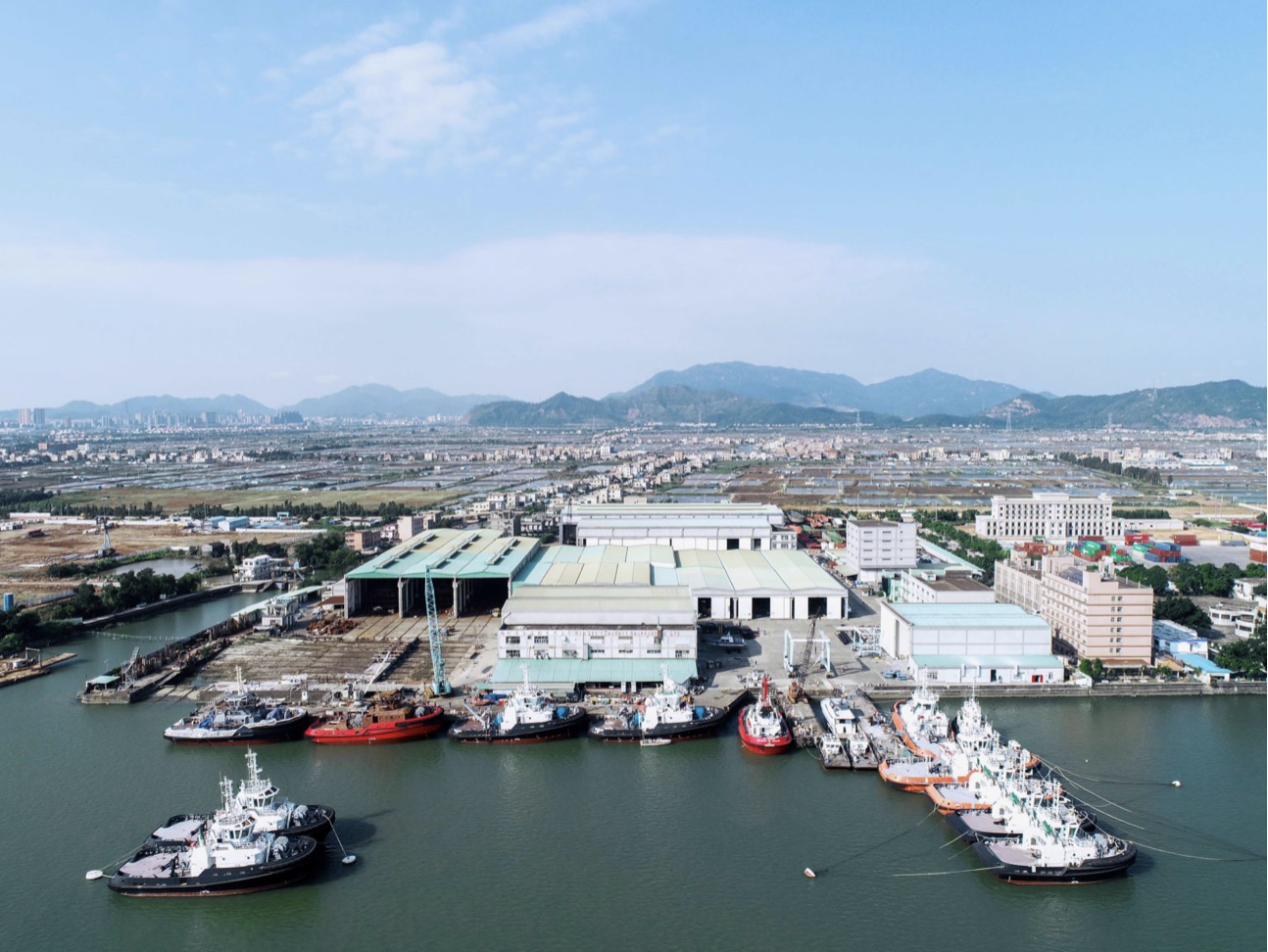 The company has a long shipbuilding tradition stretching back to the late 1800s and turns out tugs, research vessels and military and pilot vessels for customers all around the world.

Eighteen months ago, it rebranded its luxury recreational division as CL Yachts. Director Martin Lo says new models are on the way and it’s business as usual at the shipyard of 1,000 workers. Moreover, he doesn’t foresee any slowdown in activity.

“We have five boats ready for delivery,” he reveals. “COVID-19 did throw a curve ball at us for a short period in terms of procuring materials and equipment, but the trucks are delivering again and everything is back to normal,” he says.

As far as the impact of the plunge in China’s GDP, Lo is unconvinced it will be a major issue as 99 percent of the Chinese boatbuilding industry is for export.

Also, he says Beijing is doing everything it can to promote the internal consumer market: “They understand they cannot just rely on exports anymore,” he explains.

There’s also a shift in marketing strategies. CL, for instance, is boosting its online output, holding virtual boat shows and tours as well as expanding its social media presence.

“I look at the market now and it looks as though people are downsizing,” Lo comments.

But it will be a couple of months before we’ll be able get a detailed reading of what’s happening in China’s yachting industry. Let’s hope for the sake of the global yacht industry that the IMF’s forecast is inaccurate and the world’s second largest economy continues to exhibit the resilience it demonstrated in the face of other financial shocks such the GFC and 9/11.