Originally founded in 1959, the Fort Lauderdale International Boat Show (FLIBS) was established by local manufacturers and dealers looking for a way to connect to boating enthusiasts and sell top quality boats. In 2019 FLIBS will celebrate its 60th anniversary, from 30 October through to 3 November.

Today FLIBS is owned by the Marine Industries Association of South Florida (MIASF), produced by Informa Markets, and is recognised as one the largest in-water boat show in the world, with an annual statewide economic impact of $857 million.

“FLIBS has evolved into the most elaborate and influential yachting industry event in the world with nearly $4 billion in product and show sales exceeding $508 million.” 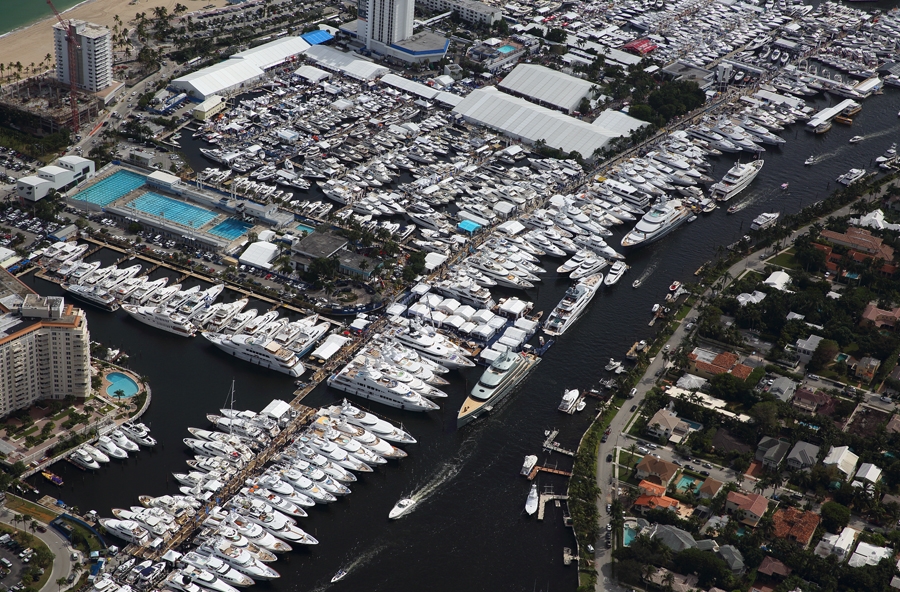 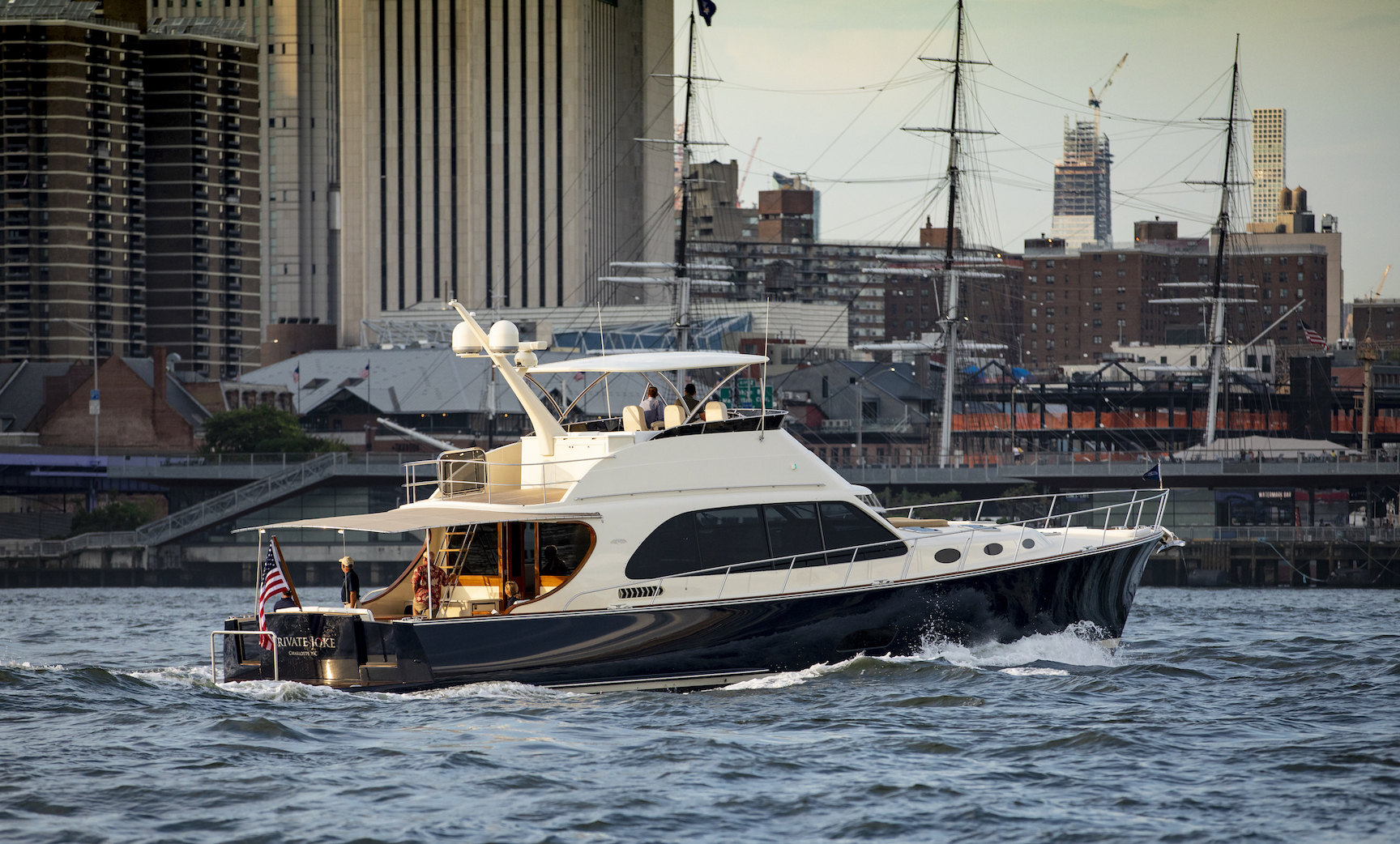 The Palm Beach 70 will make its debut at FLIBS. 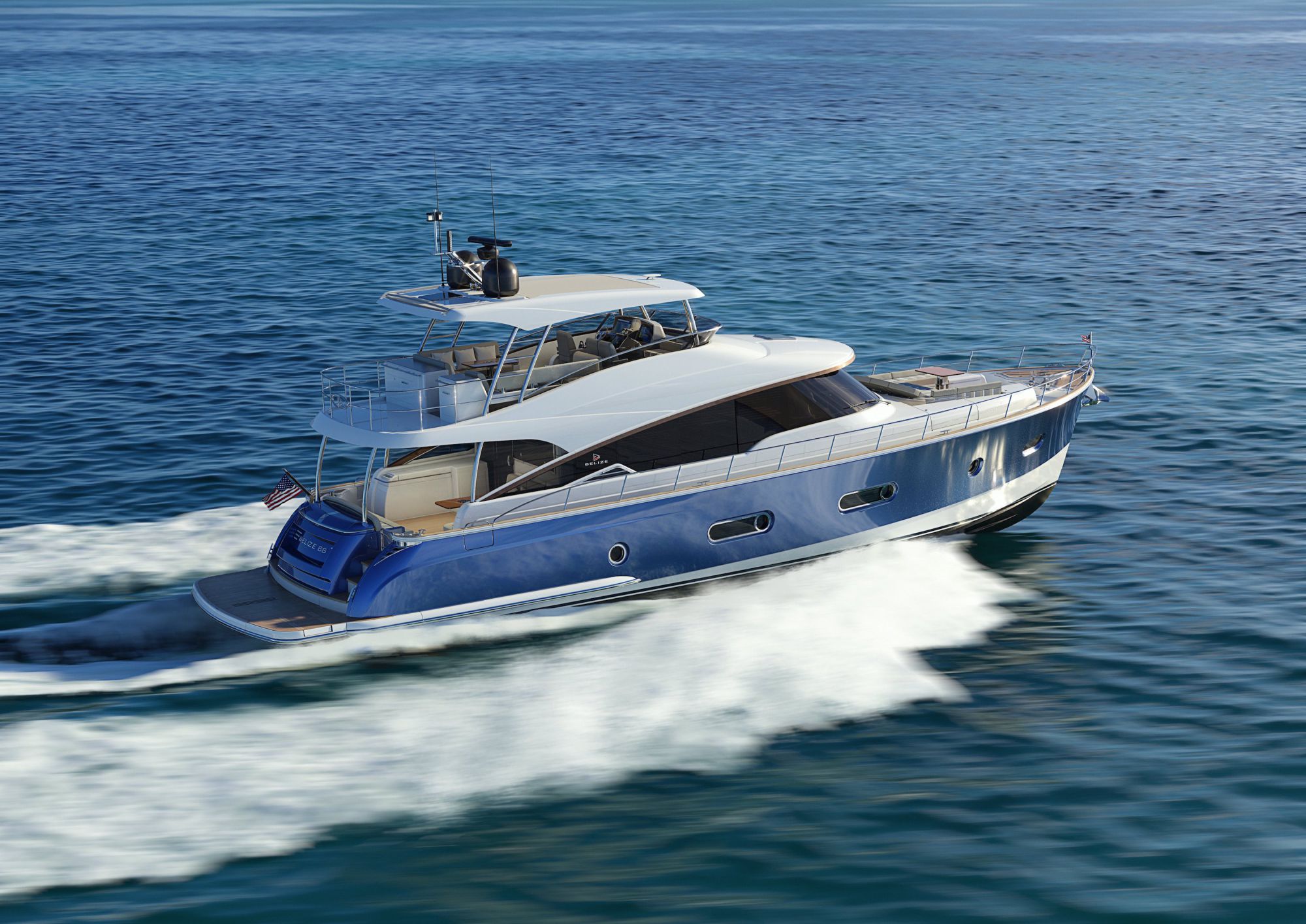 The debut of the Belize 66 Daybridge forms part of the largest ever display in the Americas by Riviera. 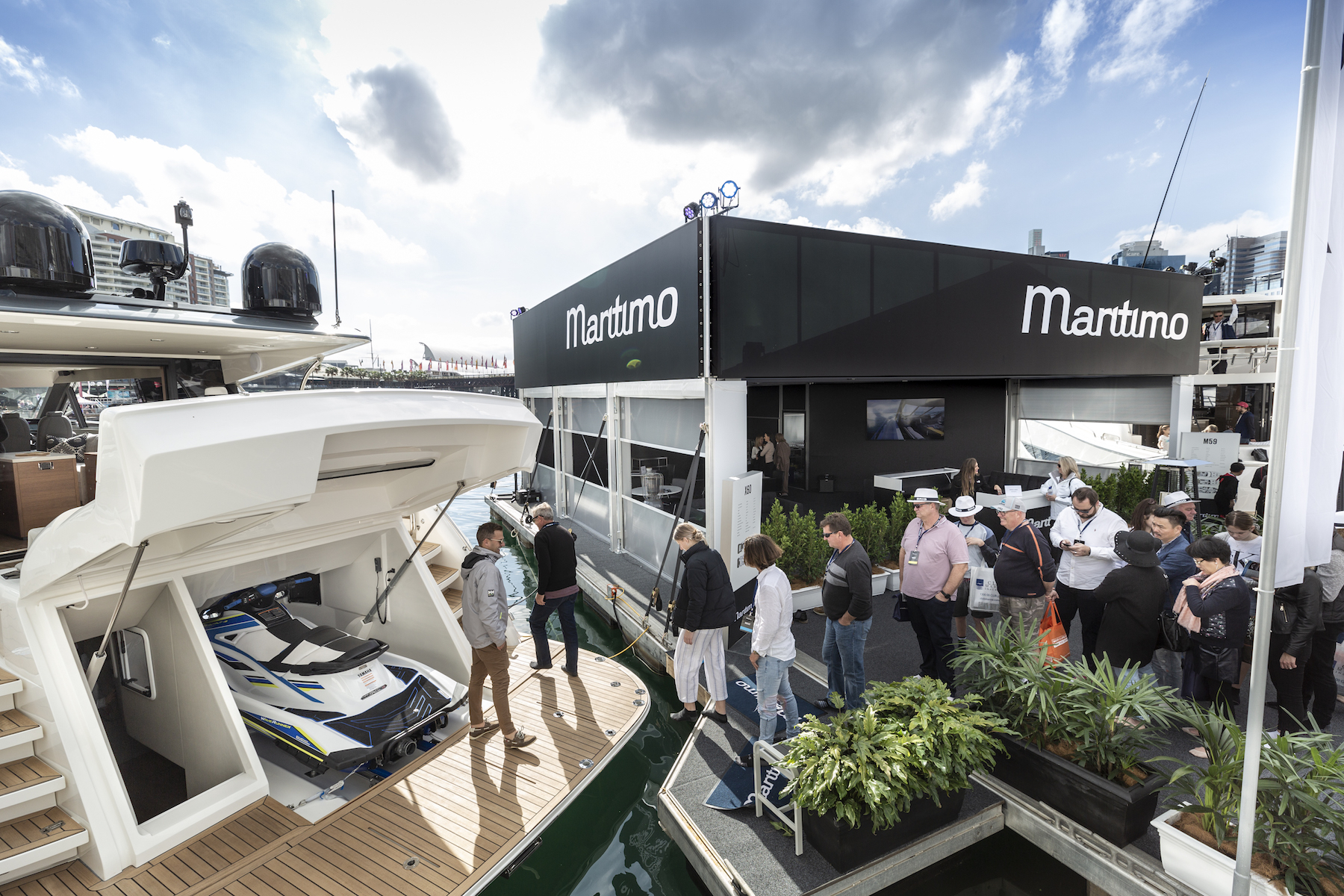 Maritimo's award-winning boat show stand has been shipped to the USA for Fort Lauderdale. 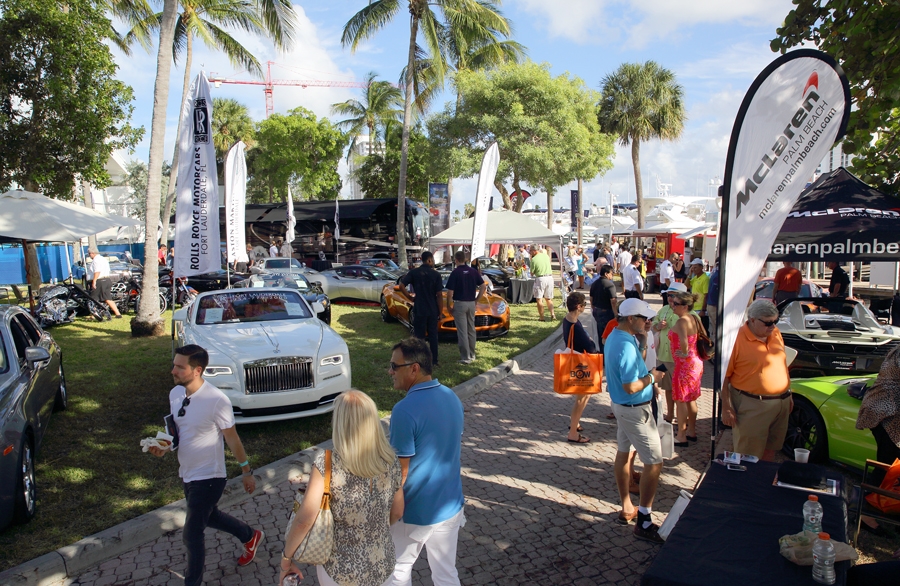 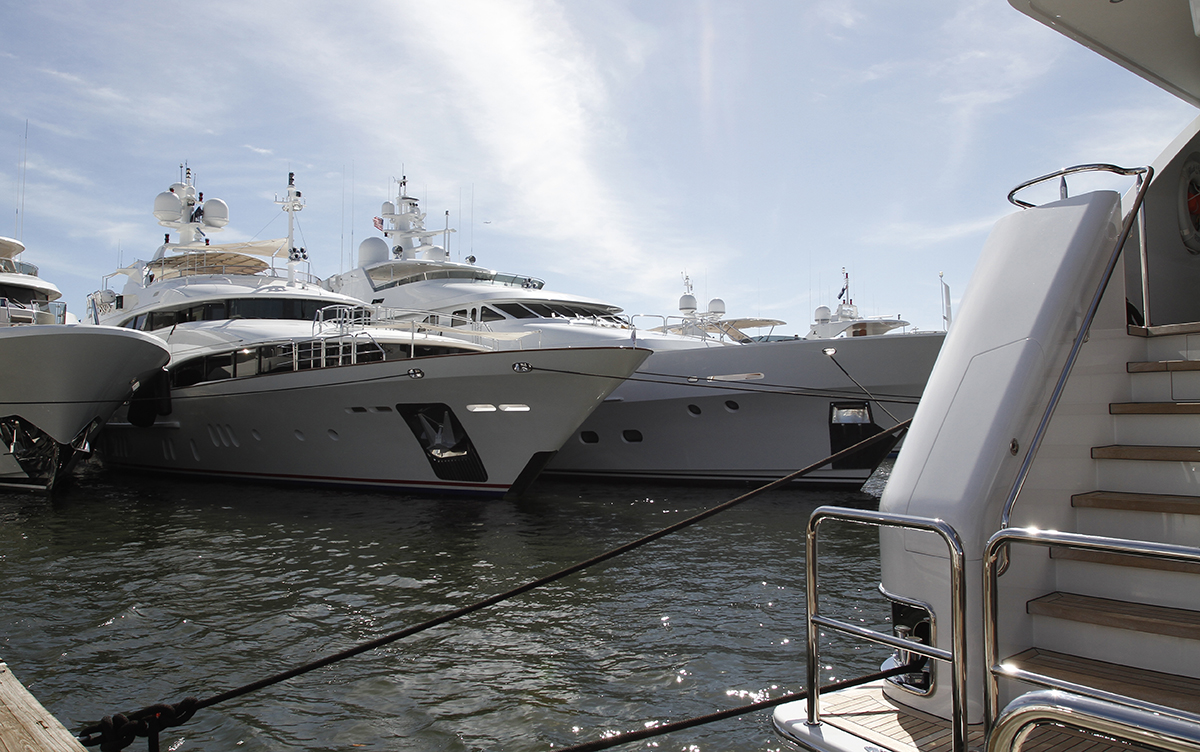 Over 15 world-class yachts are poised to premiere at this year’s show. 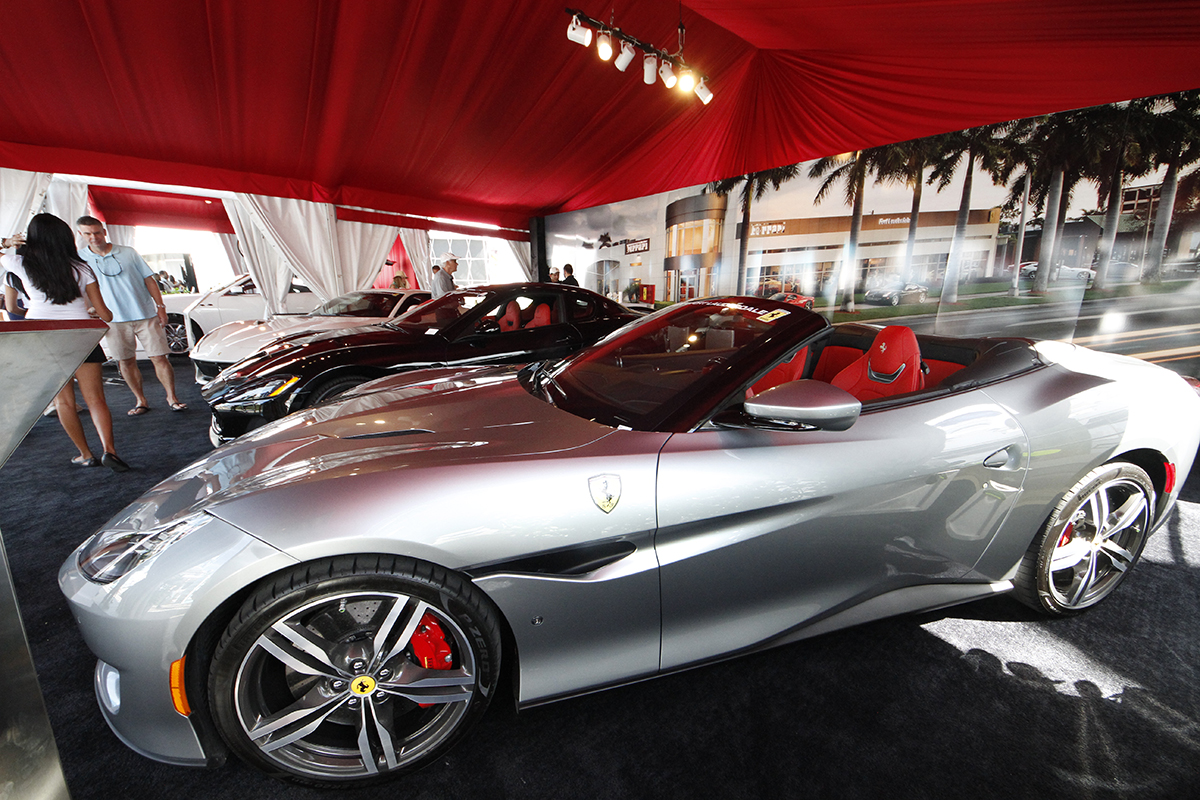 An impressive lineup of Australian motor yacht builders will be making their way to the Show, with many new models making their U.S. debut.

Riviera has 12 luxurious motor yachts confirmed for the show, with four models making their much-anticipated U.S. debut – the 6000, 5400 and 4800 Series II Platinum Edition Sport Yachts and the new 545 SUV. The Belize 66 Daybridge will make her world premiere.

“Visitors to Fort Lauderdale will be very impressed this year,” Riviera Australia owner Rodney Longhurst says. “The display is not only our largest, it will comprehensively highlight the ongoing advancement of our model development, while also showcasing our latest styling.”

The Palm Beach 70 will be introduced to the world at FLIBS. The spacious flybridge motor yacht provides numerous social areas to welcome family and friends aboard, and is expected to achieve a 32-knot cruising speed with a top speed of 38 knots.

“The Palm Beach 70 was born from customer demand—they wanted a larger Palm Beach Motor Yacht,” says Mark Richards, CEO and founder of Palm Beach Motor Yachts. “We had to build the yacht that we ourselves wanted too, which can stand on her own to meet our high standards of performance, hull efficiency, and aesthetics.”

The X50 sport yacht, which is the very latest in the revolutionary X series range of sport yachts from Maritimo, has seen the success of the range continued with total sales since its launch in May now in the double figures. The X60 sport yacht displayed at FLIBS is a new highly customised model.

“The X50 results  build on the phenomenal response to the X60 which drew international acclaim in 2018 as one of the most exciting advances in the sport yacht sector thanks to the model’s innovative design features,” said Maritimo’s lead designer, Tom Barry-Cotter.

“Both these models have been embraced by boaters throughout the world with sales made in a multitude of countries and we expect them to draw considerable attention in Fort Lauderdale.”

Cruising their way across the Atlantic Ocean are over 15 world-class yachts, poised to premiere at this year’s show.

The show will showcase the world debut of Lürssen’s 94.7-metre Madsummer, the show’s largest superyacht, with sweeping exterior curves and a colourful interior; Abeking & Rasmussen’s 79.8-metre Excellence; Heesen Yacht’s Vida, a 54.8-metre yacht that offers more than 232 square-metres of luxurious comfort and ample spaces for entertaining; and Lexus’s Marquis Lexus 650, a 19.8-metre yacht crafted with a similar design as the automobile brand’s premium cars. Also on display will be Benetti’s 35.3-metre Mr. Loui and 38.1-metre Lejos, and the 71.9-metre superyacht Solo built by Tankoa Yachts.

Expanding its international portfolio, which includes more than 1,200 exhibitors from over 52 countries, FLIBS will debut yachts from Dubai for the first time in its 60 year history. Majesty Yachts U.S.A., a new exhibitor at FLIBS this year, will introduce two new yachts from Dubai; the Majesty 140 and Majesty 100.

This year will see the opening of the new Superyacht Village, a dedicated marina and on-land exhibition space located at Pier Sixty-Six Hotel & Marina’s new Pier South property that will display the biggest superyachts in the show. A destination for superyacht owners, aficionados, and those who aspire to own one, Superyacht Village can accommodate yachts up to 90 metres.