Magic Carpet Cubed was crowned overall champion of the Giorgio Armani Superyacht Regatta held on the picturesque waters off Sardinia.

In the Multihull category, the overall winner was Allegra, owned by Adrian Keller with tactician Paul Larsen, who was beaten in today’s final race of the event by Lord Irvine Laidlaw’s Highland Fling XVII.

The weather conditions, with overcast skies and a shifty breeze, guided the Race Committee toward opting for a southerly course.

The duel between Allegra and Highland Flight XVII seemed to be going the former’s way again.

From the starting line, located off Porto Cervo, both divisions rounded the island of Soffi before heading for the Bisce pass and the finish line.

Starting procedures got underway as scheduled, with the Multihulls setting off first at 12.30pm, followed by individual staggered starts for the Superyacht Division. The next edition of the Giorgio Armani Superyacht Regatta is scheduled for 2023.

However, a tactical decision to sail close to the coast on approach to the finish line allowed Highland Fling to overtake her rival right on the line by just one second in real time, which translated to one minute and five seconds in compensated time.

In addition to the Silver Jubilee Cup for the winner of the Superyacht Division, the owner of Magic Carpet Cubed, Sir Lindsay Owen-Jones, received the YCCS Trophy for the best result among members of the organising club and the Pantaenius Trophy for the best starts.

The Traditional Superyacht Trophies presented by Giorgio Armani went to Inoui, Ribelle and Morgana respectively. The Southern Wind Trophy was awarded on behalf of the shipyard by Andrea Micheli, to the SW 100′ Morgana.

In the Southern Wind Rendezvous, the South African shipyard enjoyed friendly day sails, where the most coveted prize was spending time on board, in the company of friends and family.

“We are happy, this win shows that we have made good progress after a slower than expected start to the season,” said Schuemann.

“Here we had an extra element to deal with because when starting last and then passing the fleet, you have to respect the safety rule and maintain a minimum distance of 40 metres from the other yachts, which was not easy.

“On the other hand, the wind offered us many tactical options, so we had a few more opportunities.” 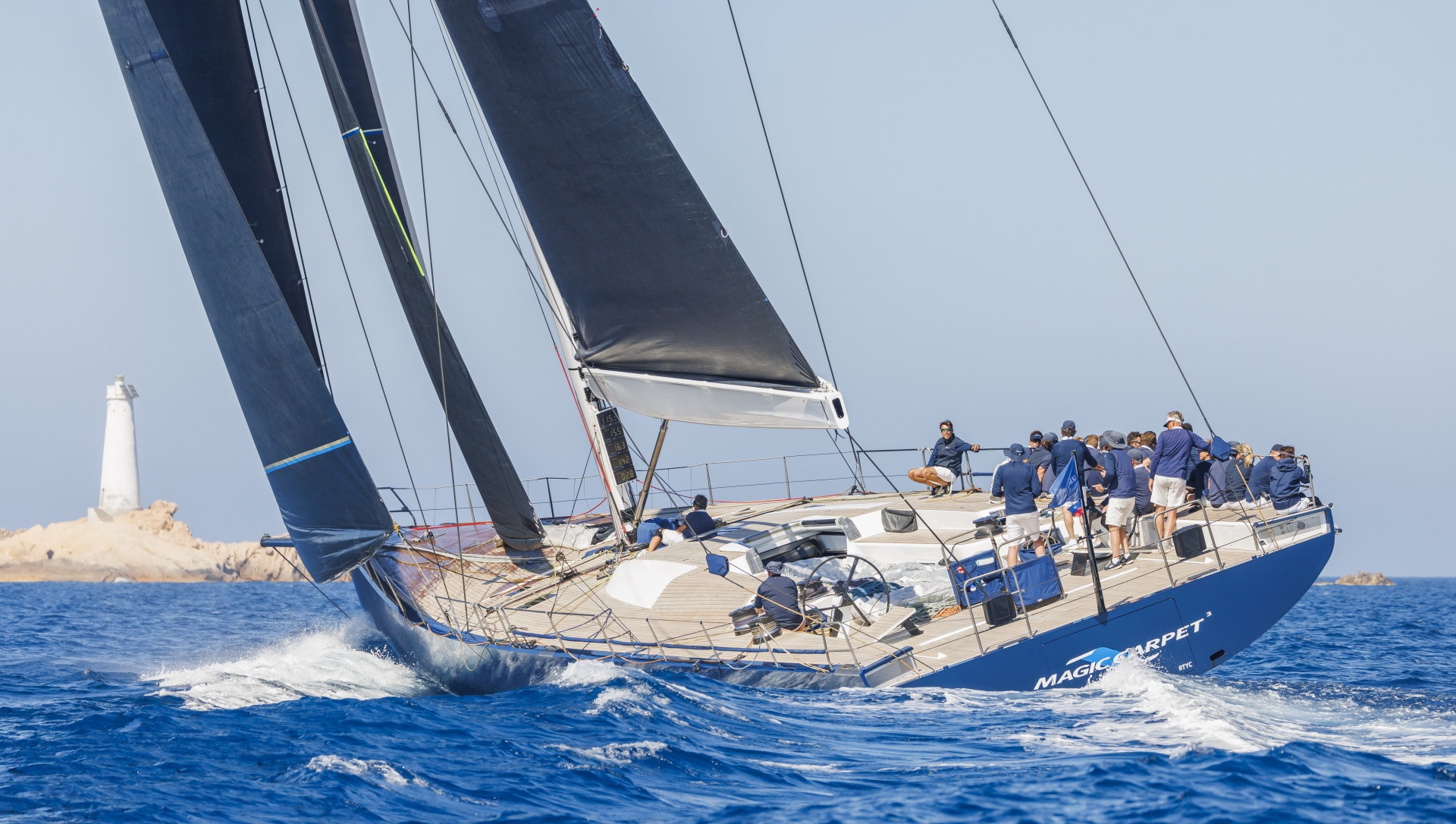 Paul Larsen, tactician on Allegra added: “This is a perfect place for multihull sailing, really special, it’s right in the mix of loading these boats up and on the edge of flying hulls, and then you look at the scenery and just go whizzing past and try and not be distracted by it.

“Racing with our opponent was always tight, today we lost the race by a minute, probably because we had a little too much weight on board.

“Every detail can make the difference, from gusts to the speed of manoeuvres, that’s why we updated the boat with faster winches, and you can see the results. It’s beautiful, it was amazing.”

Michael Illbruck, Commodore of YCCS concluded: “I’m delighted with the success, both at sea and ashore, of our regatta dedicated to superyachts.

“I’d like to thank Giorgio Armani for having chosen the YCCS and the Superyacht Regatta. We have a lot of values in common and our Piazza Azzurra was busier than ever. On behalf of the YCCS, I’d like to thank the owners that return year after year with their yachts, who are the stars of this event.

The Race Committee did a great job handling the conditions, choosing the best course each day in this idyllic setting. My thanks go to them, the International Jury and the entire YCCS staff who organised an excellent event.”

The next edition of the Giorgio Armani Superyacht Regatta is scheduled for 2023.

The next sailing events at the YCCS will be the Italia Yachts Sailing Week from 15 to 18 June and the ORC World Championship from 22 to 30 June.