As a result of the demand and to more accurately reflect the concept being designed into future models, Sunseeker is launching their ‘Ocean Club’ models as an entire range of yachts. Its superyachts will now also be named in metres instead of feet.

Since Sunseeker announced the launch of its new Ocean Club concept, there has been extraordinary interest from customers, keen to learn how this innovation will work onboard.

For many owners, being as close to the water as possible is a primary driver for owning a yacht. As yachts get larger however, the space afforded to this key entertainment area has not always been considered and proportional.

Sunseeker’s Ocean Club transom design allows for plentiful storage of a large jet-tender, jet-skis, Seabobs and other PWC, all launched via the integrated hydraulic bathing platform. 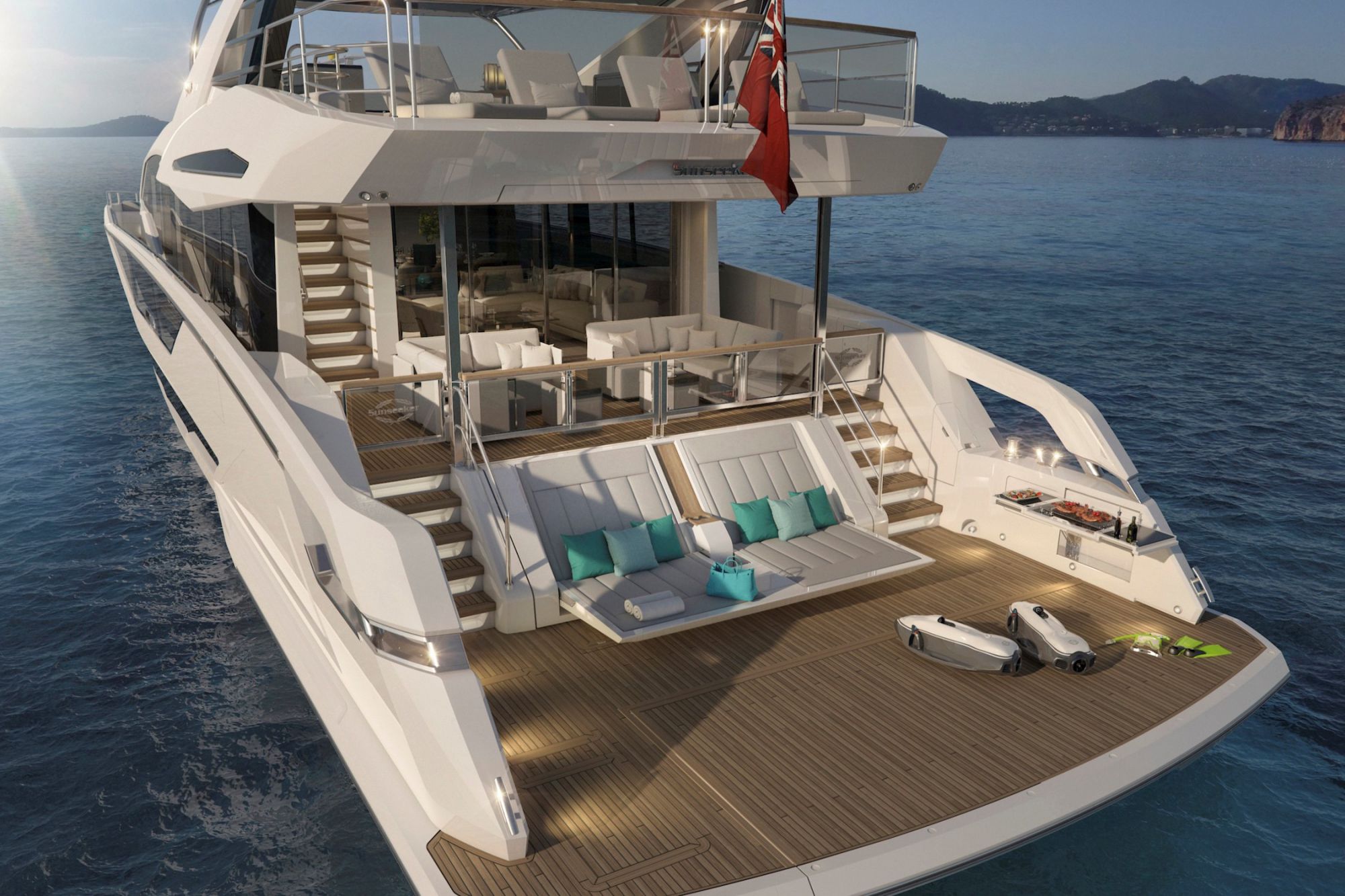 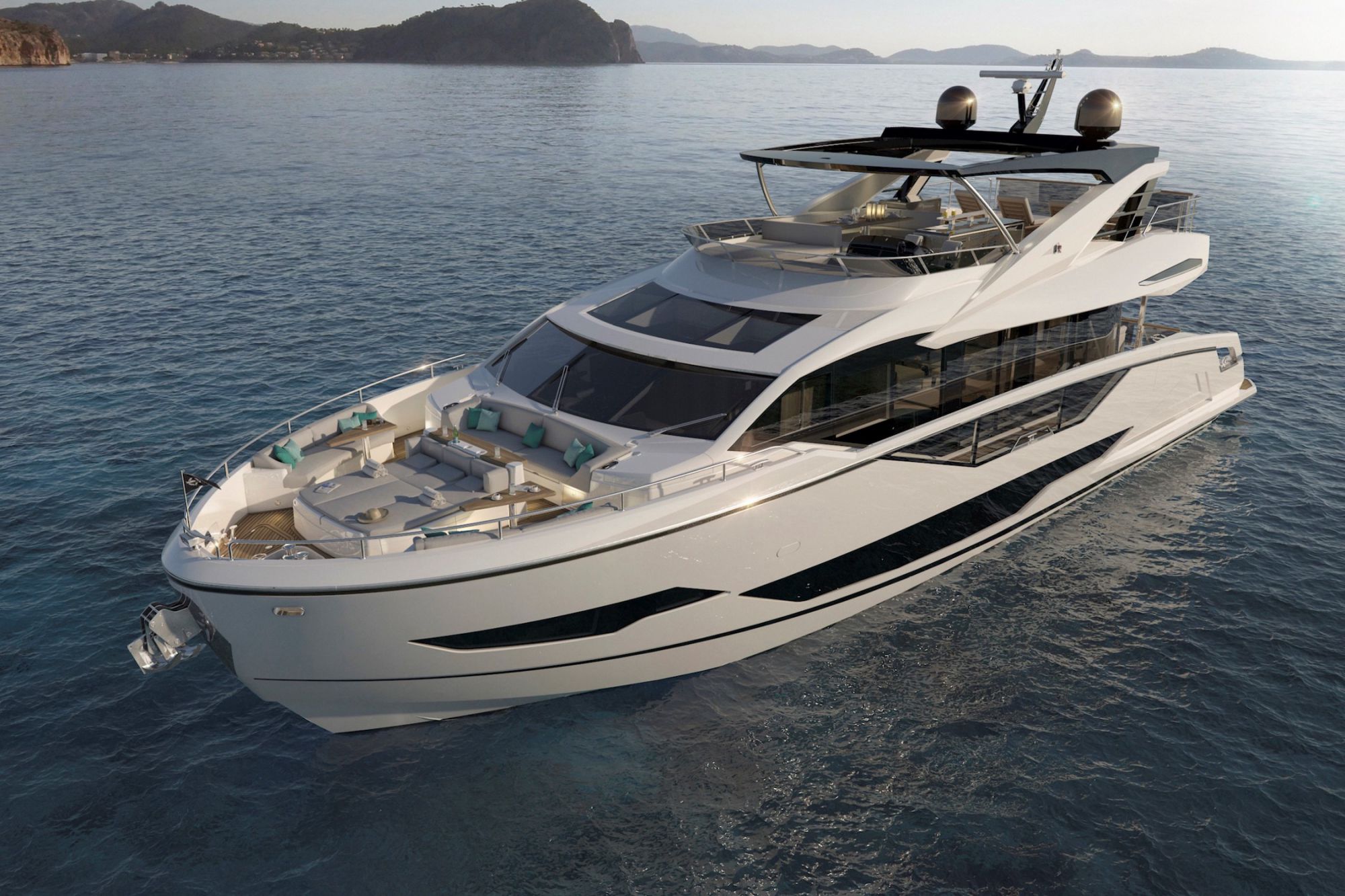 Ease of access to the water is afforded via the optional hydraulic ladder gangway whilst Sunseeker’s X-TEND convertible seating takes centre stage. Measuring 6-metre by 4-metres, the Ocean Club transforms the area into a private beach complete with built-in BBQ, overhead rain shower and AV options.

We felt this should be recognised in the model name and have also made some other select revisions to our nomenclature to ensure they better represent the size of our new yachts.

Innovation is at our core and we strive every single day to deliver remarkable ideas that surprise and delight. We are very excited about our upcoming launches which feature cutting-edge designs, world-class engineering solutions and incredible features that our customers are simply going to love.”