The Royal New Zealand Yacht Squadron hosted a glamour night to honour the best work of yachting commentator Peter Montgomery, better known as PJ, and America’s Cup skipper and commentator Ed Baird on 19 March 2021. It was time for these gentlemen – in every sense of the word – to be inducted into the America’s Cup Hall of Fame.

Baird, who’s based in the US, made a polished acceptance speech via a pre-recorded video. Baird is a match-racing genius who naturally grasped the tactics and rules at a young age. His guidance on match-racing tactics and his role as a tune-up skipper were crucial in New Zealand’s 1995 triumph in San Diego.

“My experience with Team New Zealand was incredible because it really opened my eyes to the levels people could reach,” he later said. “I thought I knew a lot of the better sailors in the world until I got onto that team and realised there was another substantial step up.”

Baird, born in 1958, skippered the New York Yacht Club’s America’s Cup challenge in 2000 but, in the horrified words of PJ, the boat turned into a banana when it broke amidships on a day of choppy seas. 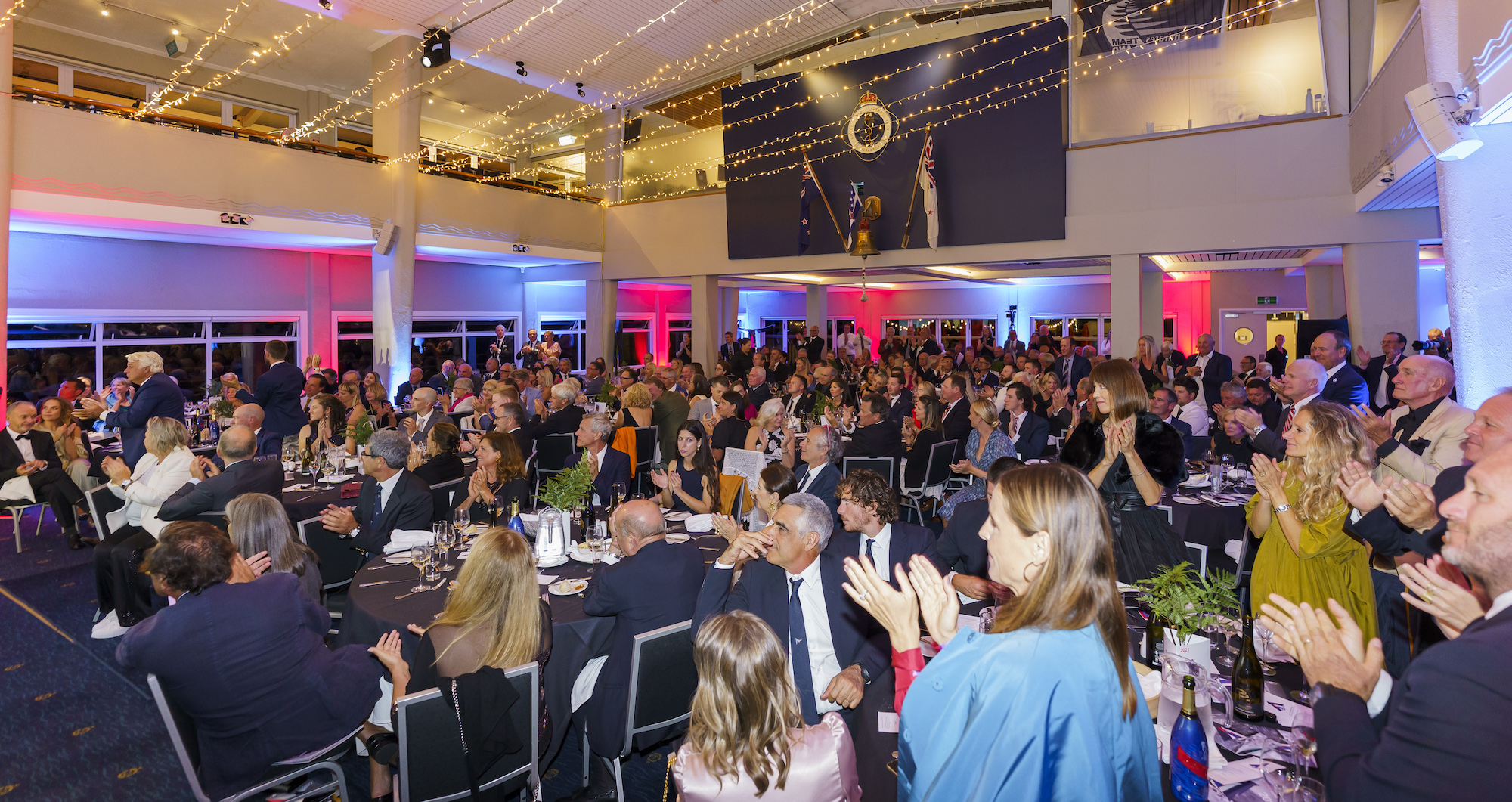 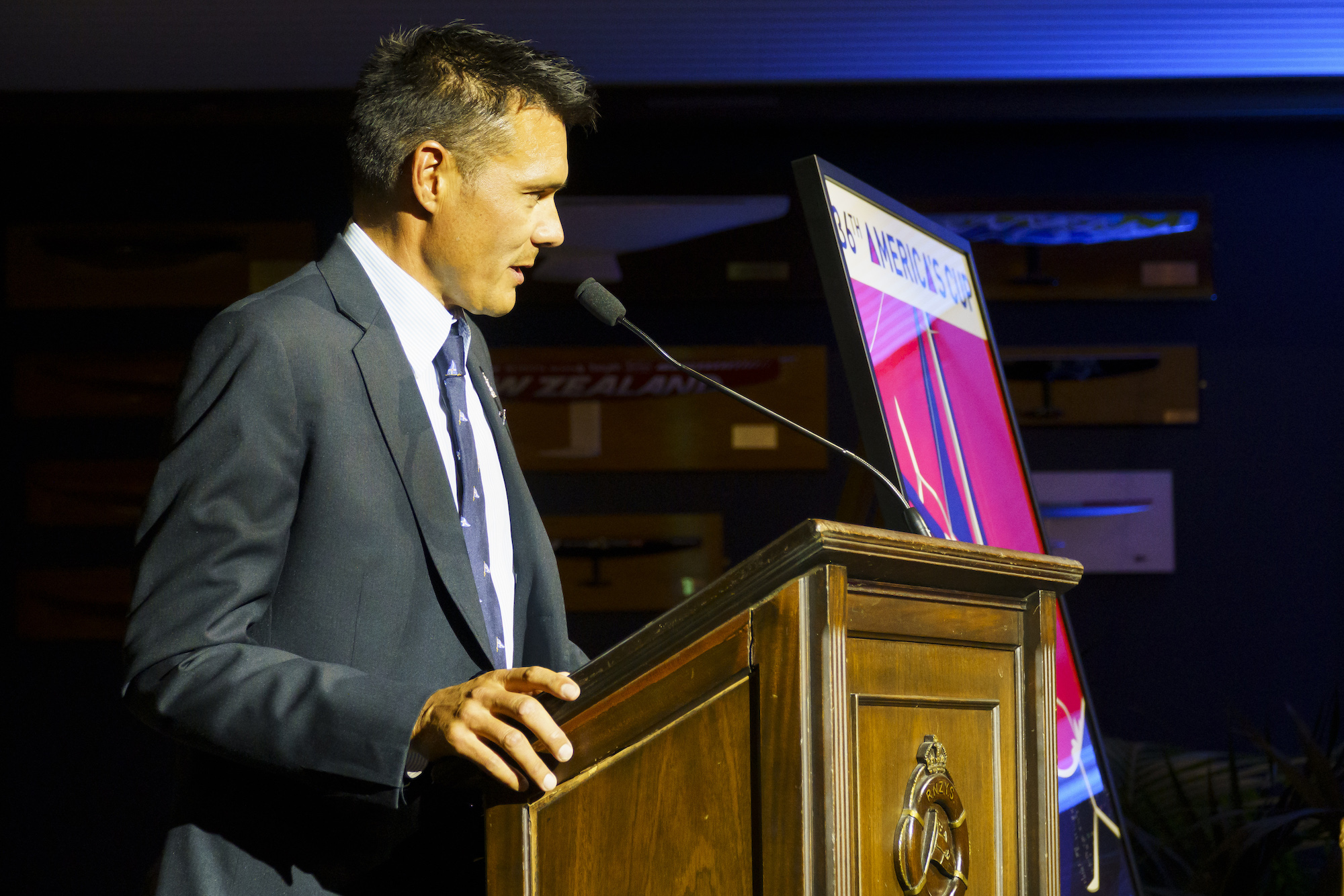 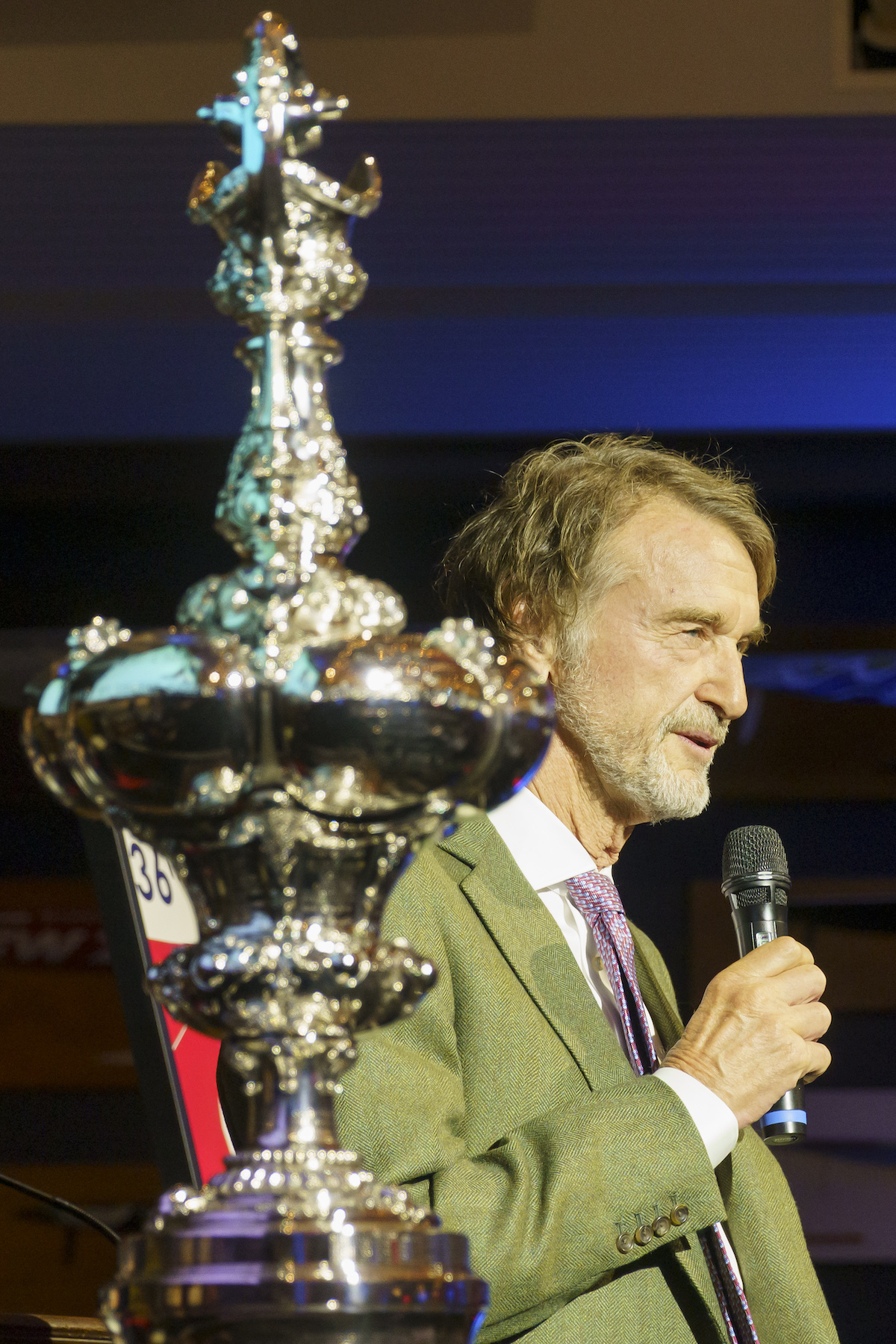 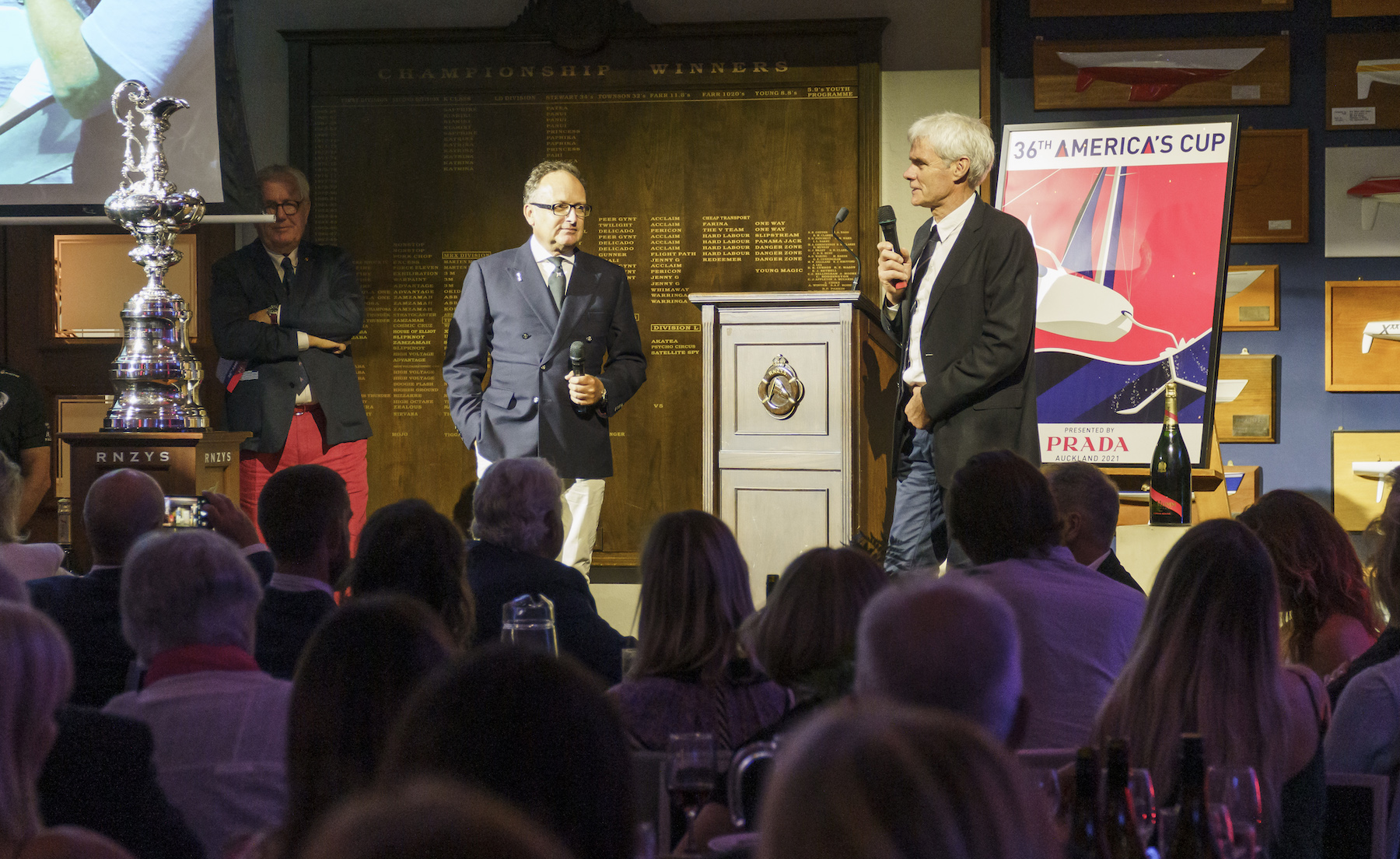 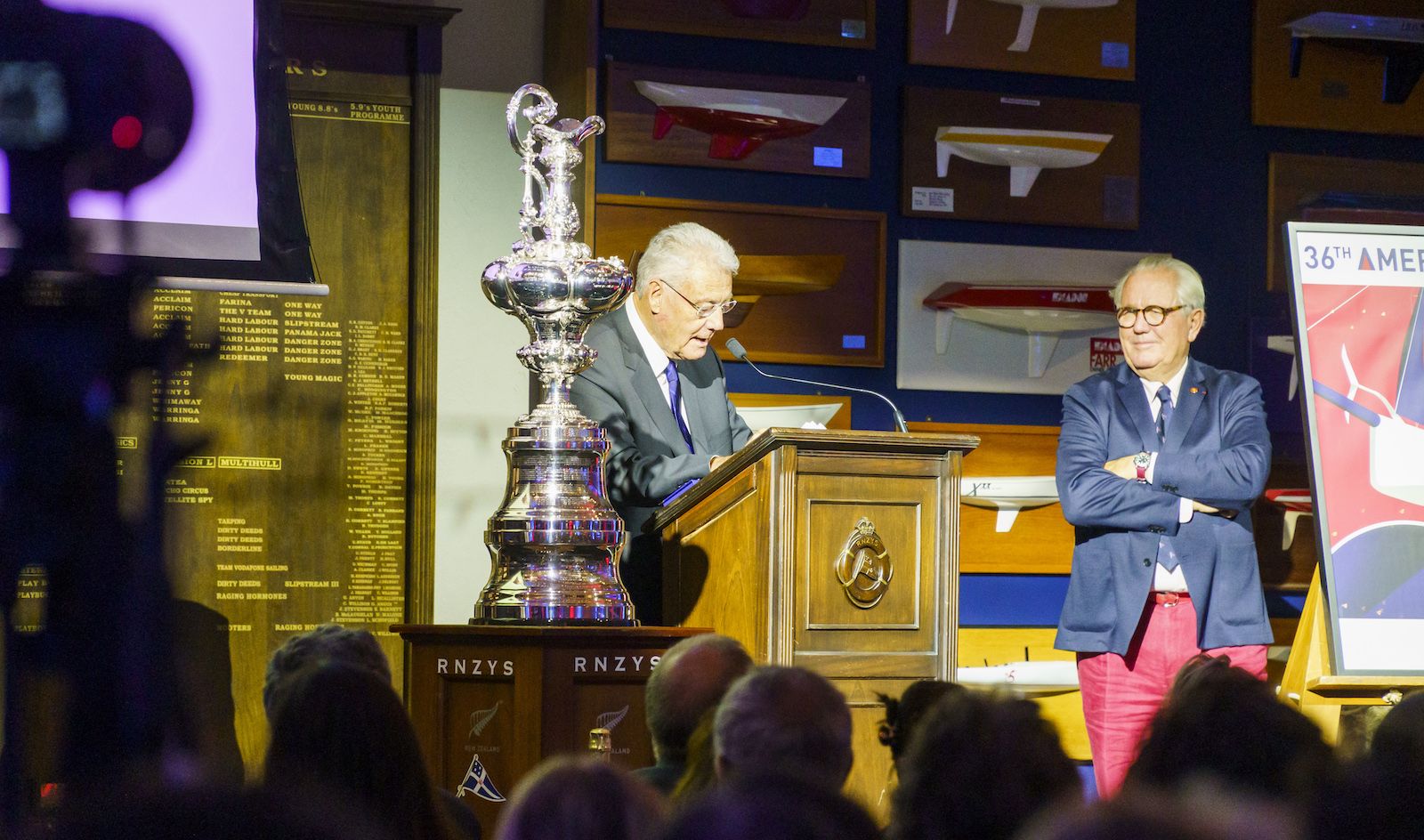 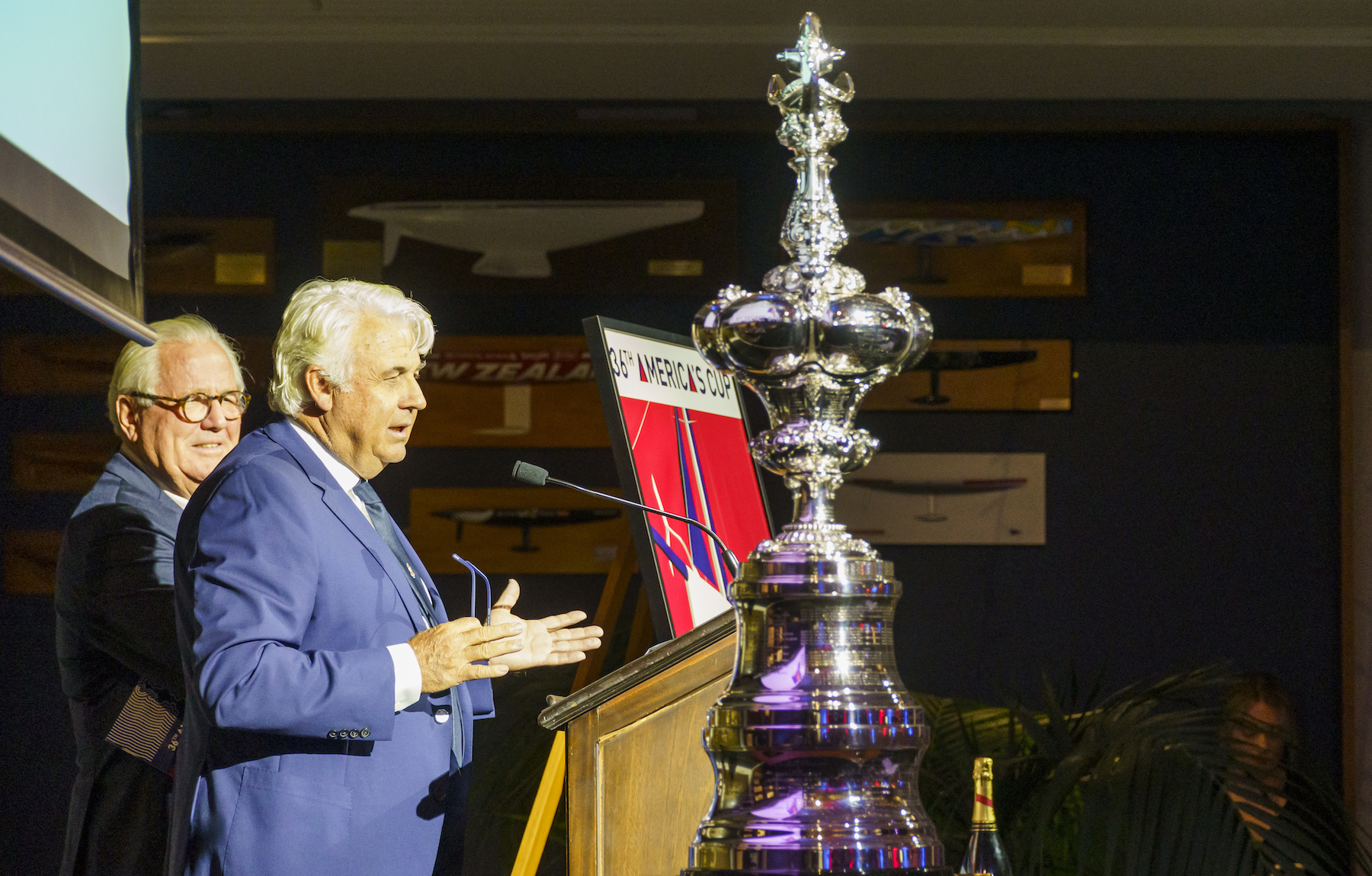 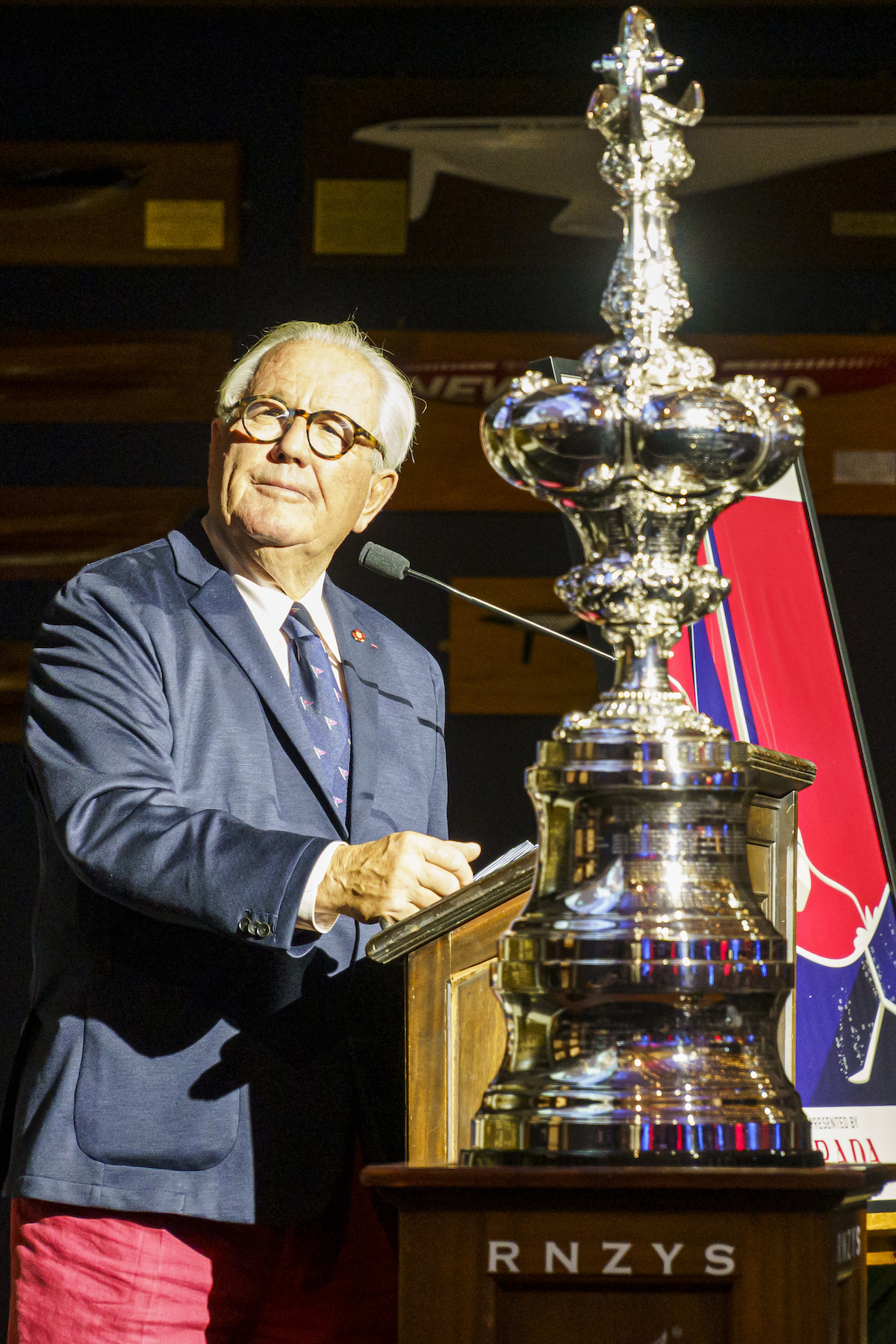 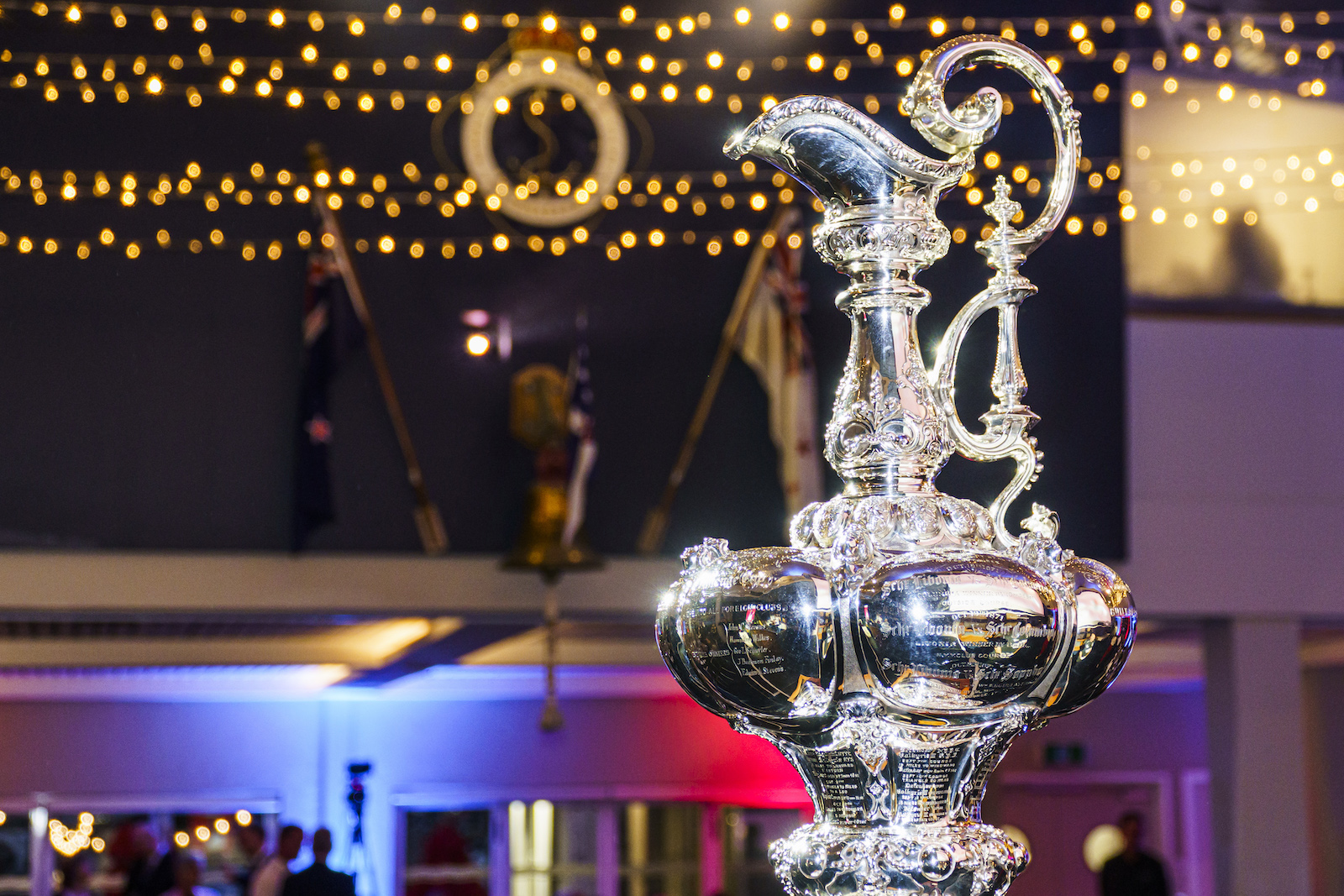 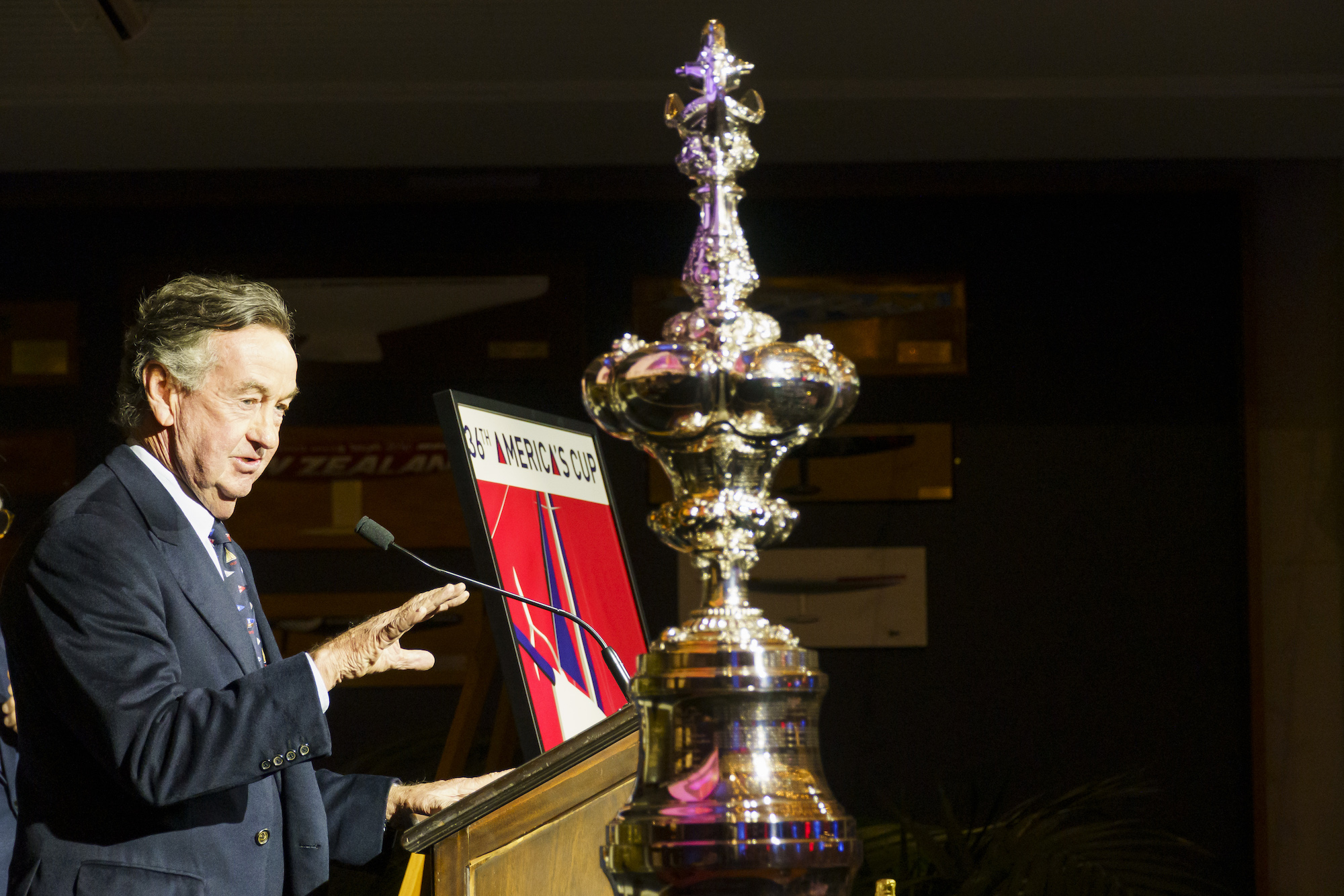 In 2003, Baird commentated for the New Zealand’s failed America’s Cup defence and turned out to be a gifted chronicler of yachting.

Baird helmed for Alinghi during the America’s Cup in Valencia, alongside Brad Butterworth; his skills earning him the International Sailing Federation’s Rolex World Sailor of the Year award in 2007.

Brad Butterworth also paid tribute to Baird: “He was one of the hardest guys to beat but he was always a gentleman. He was coaching us guys and we were sort of uncoachable.”

Butterworth said Baird is one of only a few people in the world who can helm a boat for 10 minutes to within half a degree of the desired angle.

Sir Michael Fay went on to pay tribute to PJ Montgomery, despite PJ’s expensive suggestion for Fay to back an America’s Cup campaign following Australia’s 1983 victory.

Peter John Montgomery MBE has covered 13 America’s Cup events since his first in Newport, Rhode Island in 1980. His booming but easy listening voice, finely judged degree of technical detail, distinctive cadence and famous awareness of the little old lady listener has made him the Voice of the Cup around the world. His ability to engage non-sailors has also helped attract sponsorship, and he even landed him a role as commentator in Wind, the 1992 film about a fictional America’s Cup campaign.

As a baby journalist, I timidly phoned PJ for a quote and apologised for any inconvenience. “Not at all,” he replied. “I’m flattered that you’ve phoned me.” Over 50 years in broadcasting, PJ has displayed respect and played a mentoring role to many young journalists and sailors.

Sir Jim Ratcliffe, head of INEOS TEAM UK and the new Challenger of Record also said: “I’m without question the most unqualified person to step on this stage this evening.”

And, like Sir Michael Fay before him, he referred to an expensive G and T with Sir Ben Ainslie that led to INEOS’ entry in the America’s Cup.”

Congratulations to Ed Baird and PJ Montgomery on their well-deserved inductions to the America’s Cup Hall of Fame.