Seiko celebrates the 55th anniversary of the Seiko Grand with the 44GS 55th Anniversary Limited Edition.

For the first several years after the birth of Grand Seiko in 1960, each watch was designed with precision as its primary aim and each one looked different to the rest.

In 1967, everything changed. A young designer was tasked to create a watch that would set a style for the future of Grand Seiko and that would establish its unique design language. The result was the 44GS, a watch that embodied the nine design elements defined in the Grand Seiko Style.

The shape of the case was revolutionary. The flat front surface was polished to a distortion-free finish, achieved through Zaratsu polishing. The case sides slanted sharply inwards to allow the watch to sit neatly on the wrist and to give a unique look. The crown was then set deep into the case, to preserve the beauty of this line.

The Grand Seiko designer carried the theme forward in every other detail to create the first embodiment of the Grand Seiko Style. 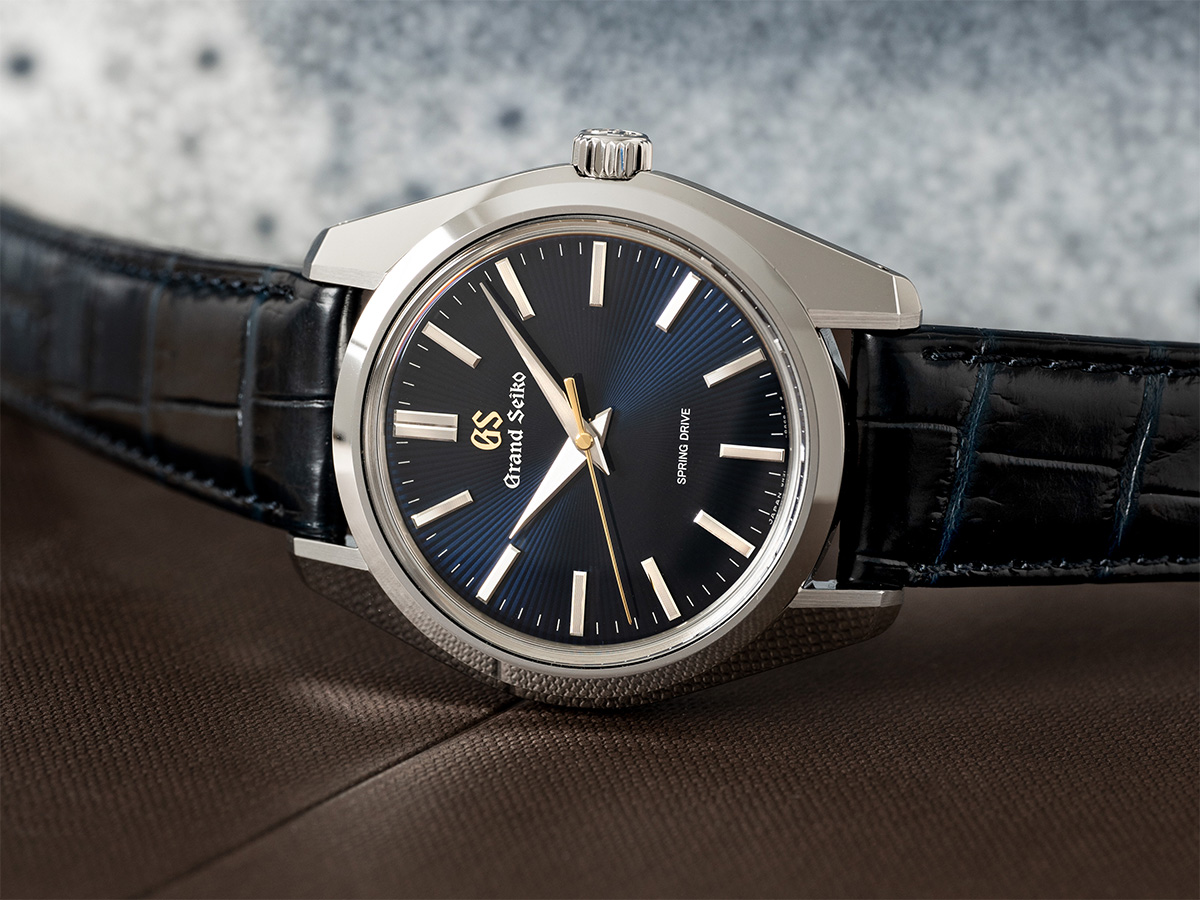 This model captures the full moon in the night sky above the Shinshu mountains where Grand Seiko Spring Drive watches are created. 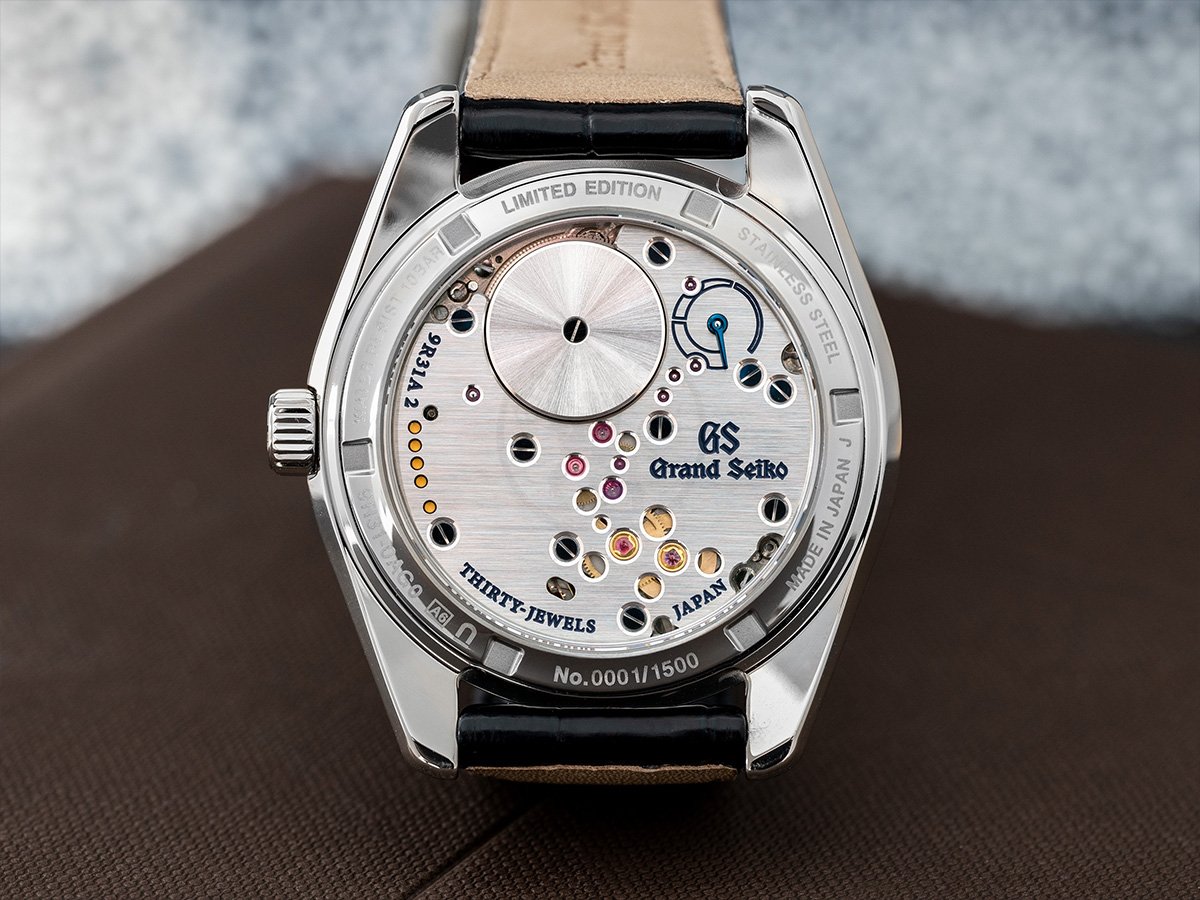 He made the hands as well as the indexes multi-faceted to allow the light to play across the dial and he created a mirror-polished bezel so that the whole design aesthetic was based on sharpness, sparkle and the harmonious interplay of light and shadow.

With the 44GS, Grand Seiko had found its design code and a legend was born.

Limited to 1,500 pieces, each timepiece features an engraved caseback with the individual serial number and the words ‘Limited Edition.’

Like all Grand Seiko creations, the deep blue hue of the dial finds inspiration from the beauty in nature.

This model, in particular, captures the full moon in the night sky above the Shinshu mountains that can be seen from the studio in Shinshu where this and all Grand Seiko Spring Drive watches are created.

Juxtaposing the darkness of the blue is the seconds hand and ‘GS’ in delicate gold. The watch is also fitted with a dark blue leather strap. Housed inside the modern masterpiece is the manual-winding Spring Drive Caliber 9R31, which features an innovative Dual-Spring Barrel with two mainsprings set in parallel and delivers a power reserve of 72 hours.