Tom Slingsby and his Australian Team were crowned Champions of Cádiz Sail Grand Prix after performing in conditions described as the “wild, wild west of sailing”.


Photography by Thomas Lovelock for SailGP

Australia has taken out the Cádiz Sail Grand Prix in conditions described as the “wild, wild west of sailing” that took its toll on several teams.

The home team went from hero to zero when a capsize ahead of the final day of racing in Cádiz, Andalusia, took the Spanish team out of contention for the Spain Sail Grand Prix.

Eighty minutes before the start of the first race, the Spanish team capsized as they headed to the race area.

Everyone was accounted for straight away but, on righting the boat, it was clear that the damage sustained to the wingsail would mean that the team would be heading back to the dock early.

It was a blow for the team plus the eleven thousand fans that turned out on the second day of racing and His Majesty King Felipe VI, who communicated with the team to make sure they were okay, after bonding with them the day prior when he sailed on board the F50 in practice. 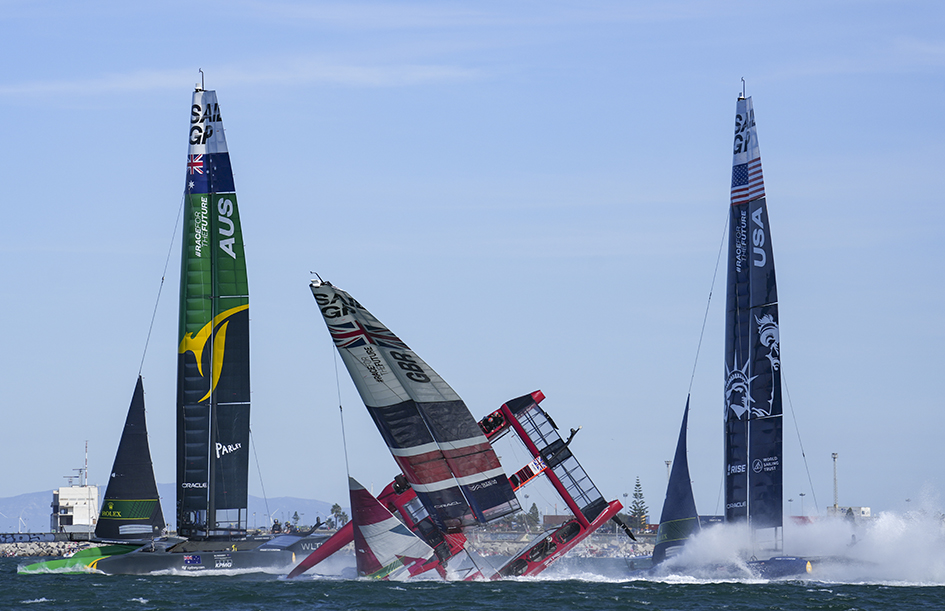 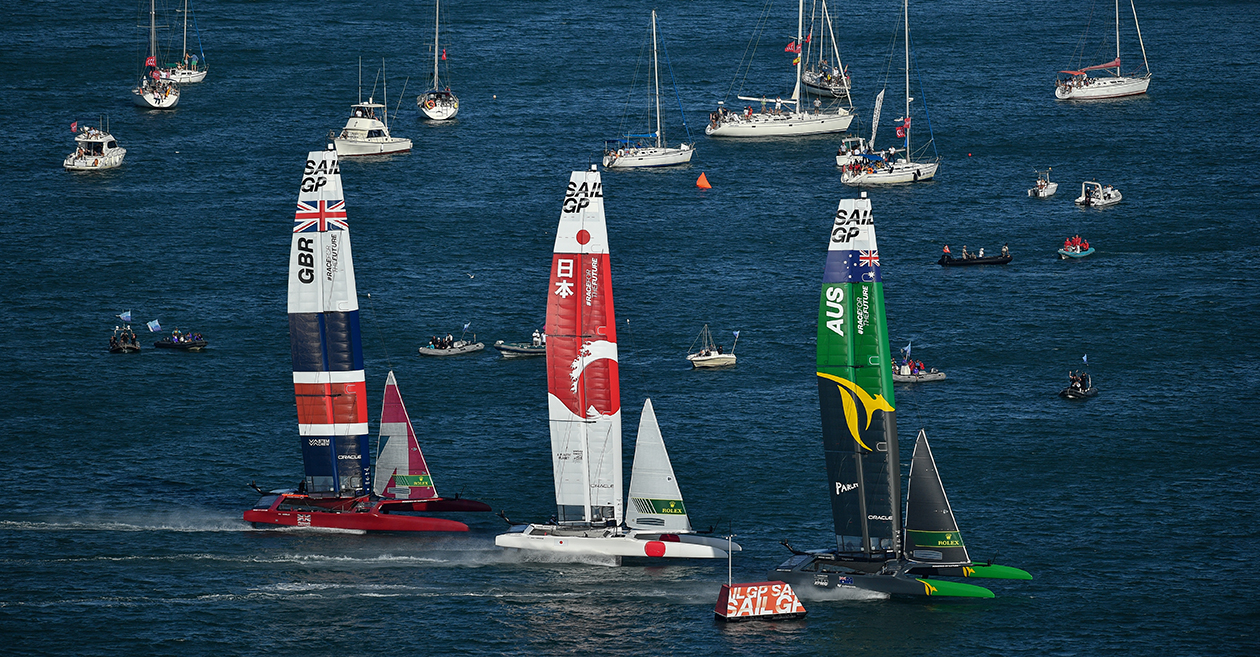 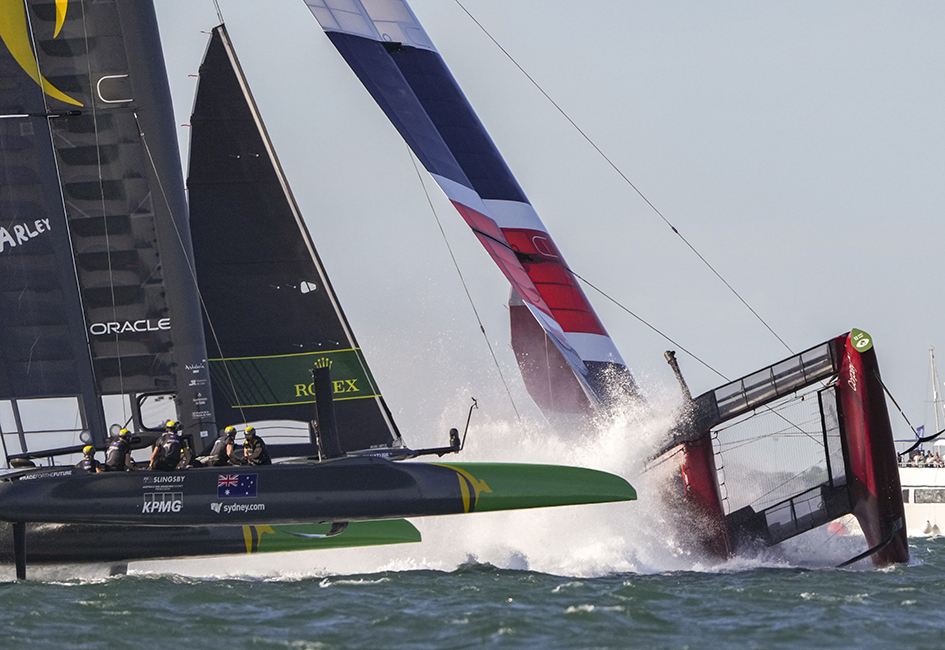 Robertson said, “We’ve been in two finals and we feel like we can actually win an event now. We came into today with the whole support of the country behind us and the fans here in Cádiz.

“We thought we could do some good stuff. We quite enjoyed the windy conditions but it all went a bit pear-shaped from the get-go. It’s going to be a tough road from here for us but we are competitive, so we are just going to have to do our best.”

They weren’t the only team to suffer a devastating blow. Ben Ainslie’s British team also turned-over in the choppy waters of the Bay of Cádiz in the final podium race, leaving Tom Slingsby’s Aussie team to take the victory.

Ainsle’s British side were taken out during the start of the race, capsizing after at the first mark, making it a drag race against USA and Australia.

“I think we had the best seats in the house for Ben’s capsize,” said Slingsby.

“They were going so quick and then we saw them go into a huge pitchpole right in front of us. We had to dodge Ben and then we saw Jimmy nosedive trying to avoid the Brits, we had a moment going, is this race still on.” 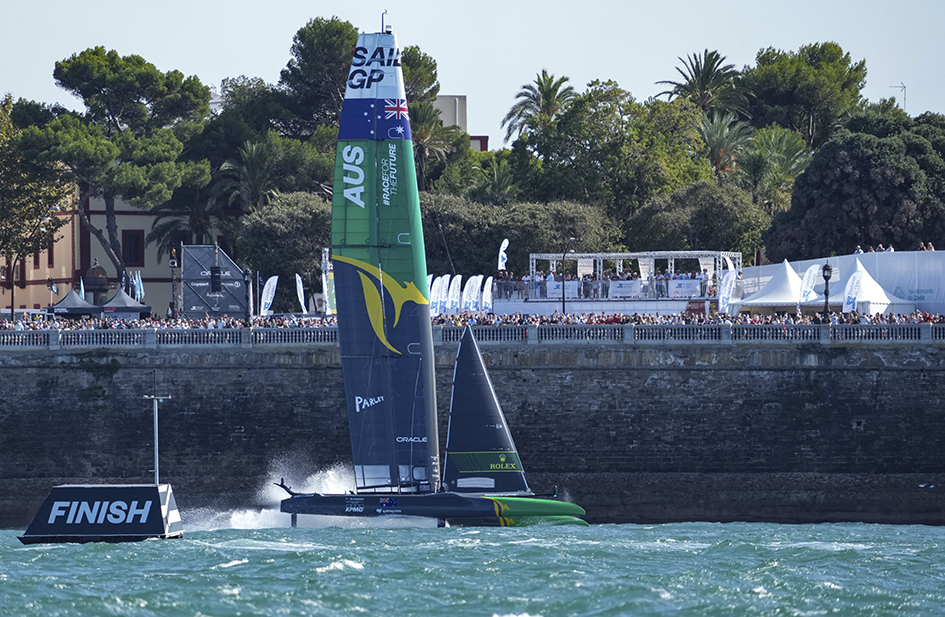 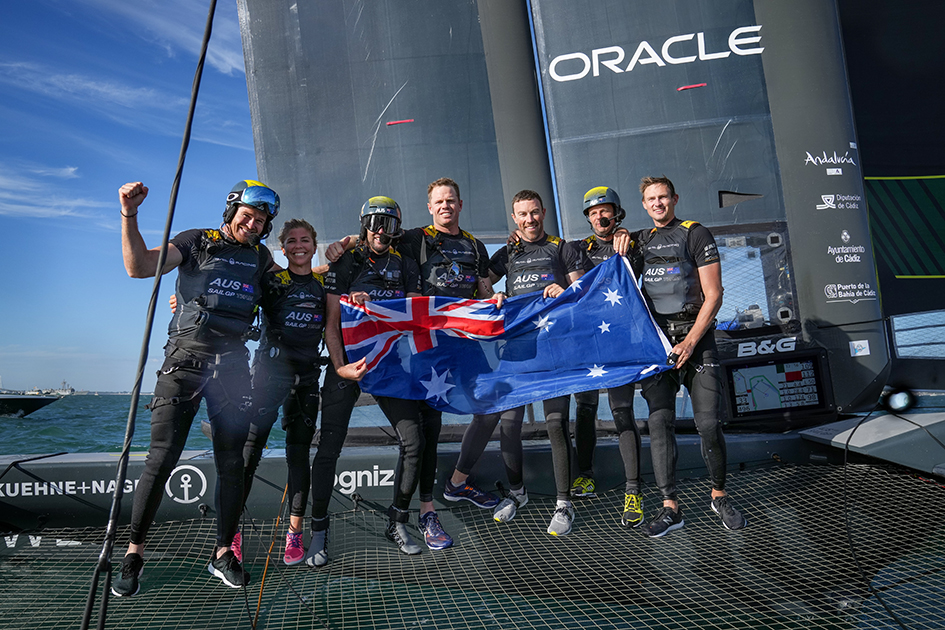 Slingsby and crew stormed home to victory after securing a convincing lead on Spithill’s crew.

“We’re stoked,” said Slingsby of the win. “I’m happy we’re on form for the final event and we’re heading to Australia in the lead.

“In that final podium race, the plan wasn’t to go after anyone or anything like that, but there was an opportunity with Jimmy, so we took it. And then, off the line, we realised Ben got a better start, better acceleration and we saw it all unfold right in front of us.

“It was a game of survival out there today and I’m really proud of our team,” Slingsby continued. “We were able to stay calm and collected during racing, which helped us to know when we needed to push and back off in those tricky conditions.”

It was only the second day on board racing the ‘flying roo’ for Nina Curtis, who held her own in some of the most challenging conditions the fleet has ever experienced in racing. She was also on board when the team secured the top event speed of a remarkable 96.3 km/h.

“It was wild out there. Today was undoubtedly the fastest I have ever gone on a boat, I’m still letting it all sink in. It was a real honour to be on board with the team and winning is the cherry on top,” said Curtis.

Tom Slingsby and his crew now have their sights firmly set on returning to home waters for the next event of the season, the Australia Sail Grand Prix, Sydney.

Slingsby said, “The team and I cannot wait to get back to Australia after spending so many months away from home. Seeing eight F50s racing on Sydney harbour is going to be epic and with the calibre of sailors that we have this year, it’s going to be action-fuelled racing.”

“We lost to Ben Ainslie’s British team last year at the Sydney event, which was a tough pill to swallow for our team. We managed to get our revenge, beating him at his home event this year in Plymouth and now at this event.

“I can say, all our team are very focused on delivering that same result for Australia, in front of a home crowd.”

The event will take place on the iconic Sydney Harbour on 17 and 18 of December. Set to be the event of the summer, tickets for a range of fan experiences are on sale now at  SailGP.com/Sydney

As easy as XYZ

As easy as XYZ