Nearly two decades ago, Peter Knights decided to tackle a monumental challenge ending the scourge of illegal wildlife trade within our lifetimes. His organisation, WildAid, has turned its attention to protecting sea life, too.

Working on a modest budget, WildAid leverages well over US$200 million in pro-bono media support, reaching one billion people every week. Its simple and direct message, ‘When the buying stops, the killing can too,’ has become a familiar refrain on billboards and in TV ads throughout Asia.

WildAid is having major success in changing the mindset of consumers of wildlife products through a savvy use of public awareness campaigns featuring big celebrities such as Jackie Chan, Sir Richard Branson, Leonardo DiCaprio, and many more.

The organisation is running a number of campaigns across the region aimed at education about shark finning, and the killing of manta rays and sea turtles. Its harnessing of celebrity pulling power is changing attitudes in Hong Kong, Thailand, and China, and supporting projects in Indonesia.

While the highly organised killing of endangered land species such as elephant and rhino – mainly for use in unproven Asian remedies – is bad enough, the sheer numbers of sharks, manta rays and turtles slaughtered for similar reasons is simply staggering. 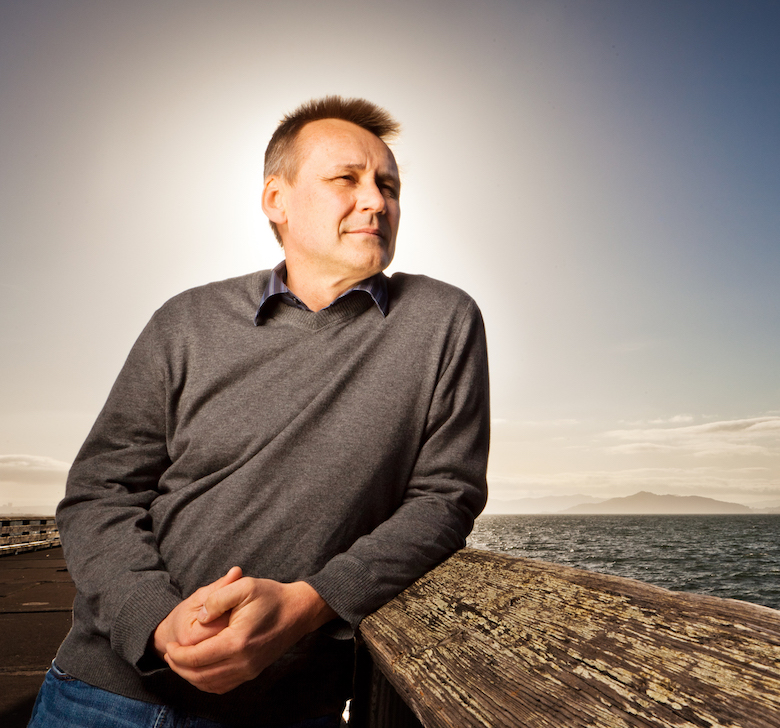 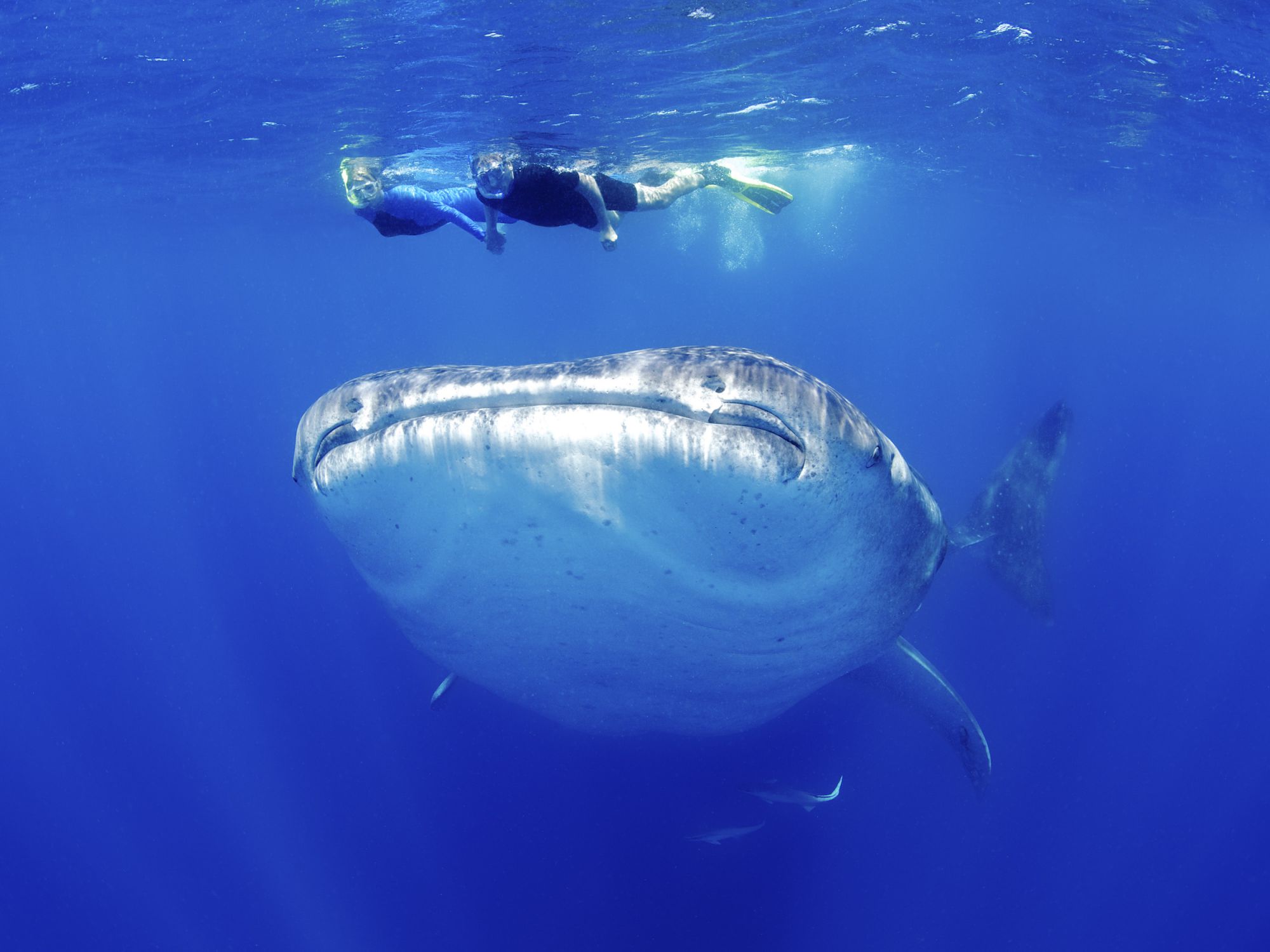 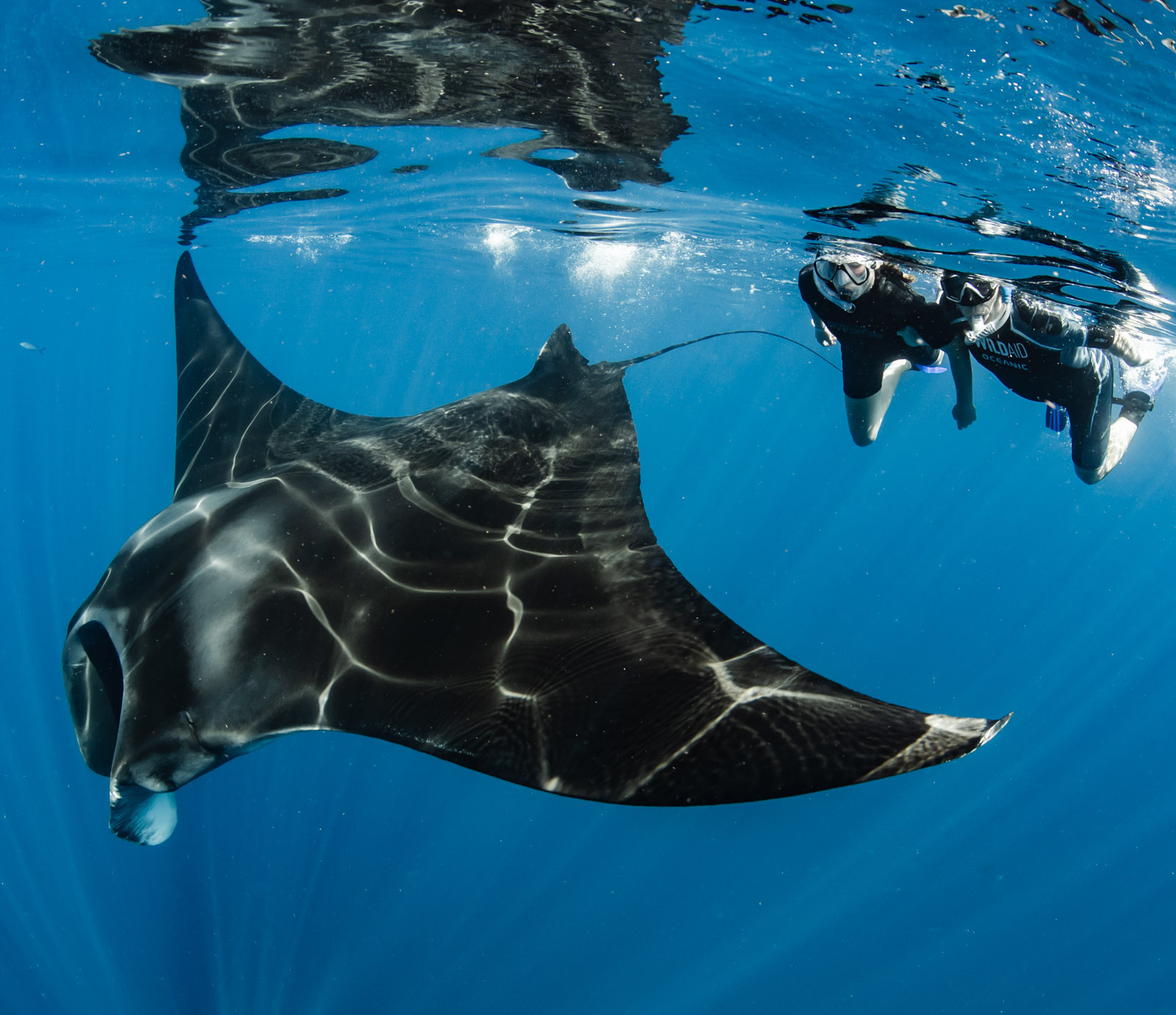 A Dalhousie University study estimated 100 million sharks are killed every year, with parts of 73 million ending up in soup. Not only does shark fin have no nutritional benefit — it is often tasteless strands of cartilage in a chicken broth — but it also can be harmful. The shark’s position at the top of the food chain means it can contain dangerous amounts of mercury, cadmium, arsenic, and other poisonous metals.

A quarter of shark and ray species are threatened with extinction, according to the International Union for the Conservation of Nature, including species like the great hammerhead. In southern China, for example, there’s demand for dried ray gill plates as a health tonic – unproven benefits, but demand remains. Thankfully, a highly targeted WildAid campaign to combat targeted fishing of manta rays for this purpose is paying dividends. The organisation further has efforts underway to protect increasingly endangered sea turtles.

For Peter Knights, the founder of WildAid, the journey to a leading role as an advocate of species we are rapidly decimating took a somewhat roundabout route.

After graduating from the prestigious London School of Economics, Knights naturally could have joined a bank or worked in finance in London, but instead he volunteered for Greenpeace before joining the Environmental Investigation Agency. His economics degree did serve him later, in 1996, when, as a director of the Global Survival Network, in 1996, he identifed that conservation approaches were missing a key factor: reducing demand. The concept is now widely accepted as an important step in solving trafficking problems.

The Global Survival Network, which tackled endangered species trade and human trafficking, essentially spun off into four organisations. Knights decided to stay focused on endangered species, and created WildAid as a result in 2000.

During his time at the Environmental Investigation Agency, Knights had specialised in researching and campaigning against consuming endangered species in traditional Chinese medicine. Having carried out numerous investigations across Asia, he discovered that many consumers of these products were unaware of their origins. Some believed they were the results of natural mortality, and the perception of poaching was almost non-existent. At this time, National Geographic and Discovery were just getting started in Asia, so although in the West everyone knew about the issues, in Asia few did. Therefore, the question was, how do you educate a lot of people in a short time? Knights knew he’d have to get creative to make a big impact.

WildAid approached a top advertising agency to use the best Western advertising techniques to persuade people not to buy.

The organisation additionally approached high-profile stars to carry the message. Since recruiting Jackie Chan as WildAid’s first ambassador, the team has enlisted more than a hundred icons to carry the conservation message.

Knights is on the road for six months a year, filming documentaries and other material for use in WildAid’s arsenal of anti-poaching media. He also heads up a lean but extremely effective organisation with staff worldwide, and writes scripts, grants, reports, and op-eds. When he’s home in San Francisco, he meets with donors and board members. 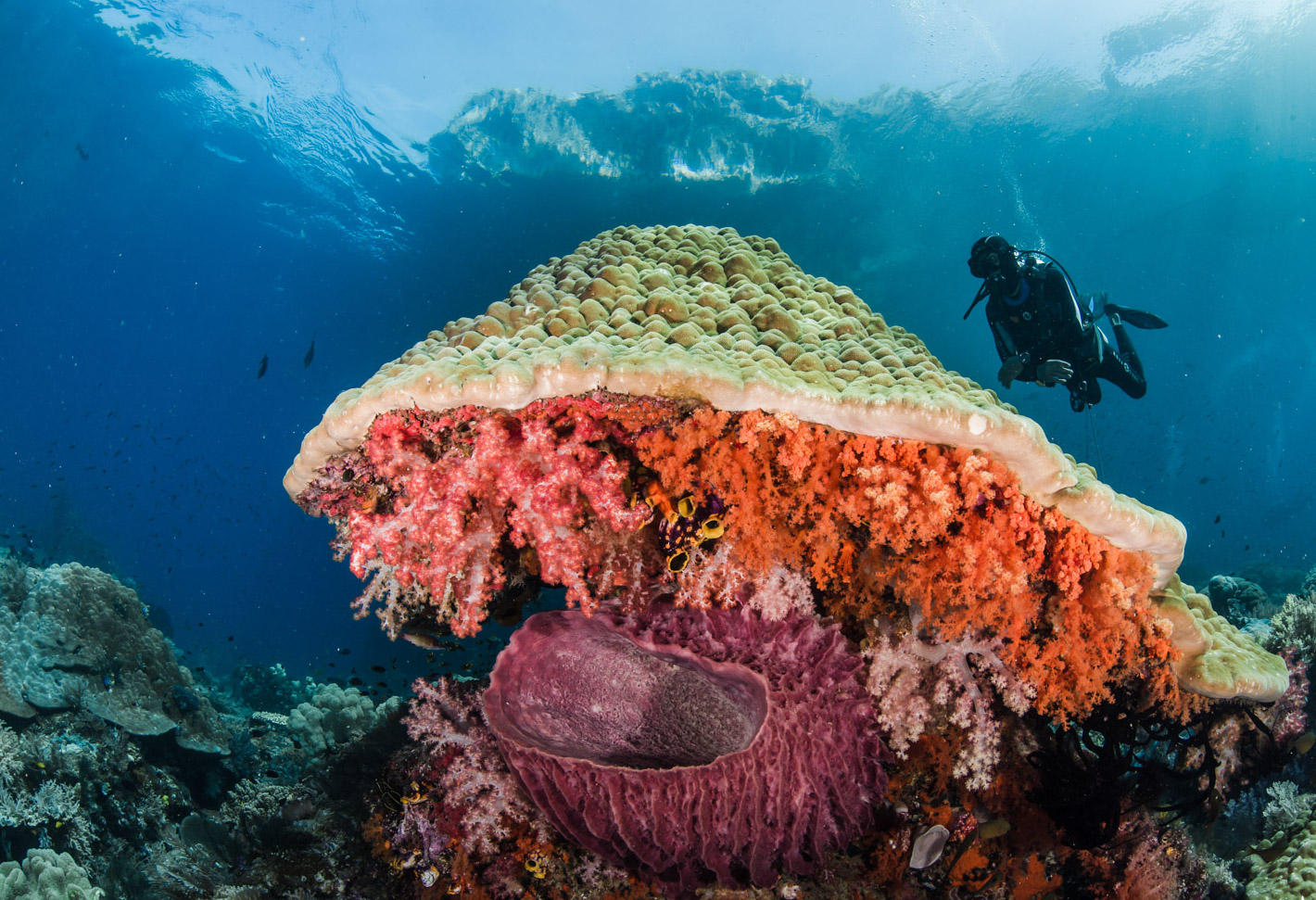 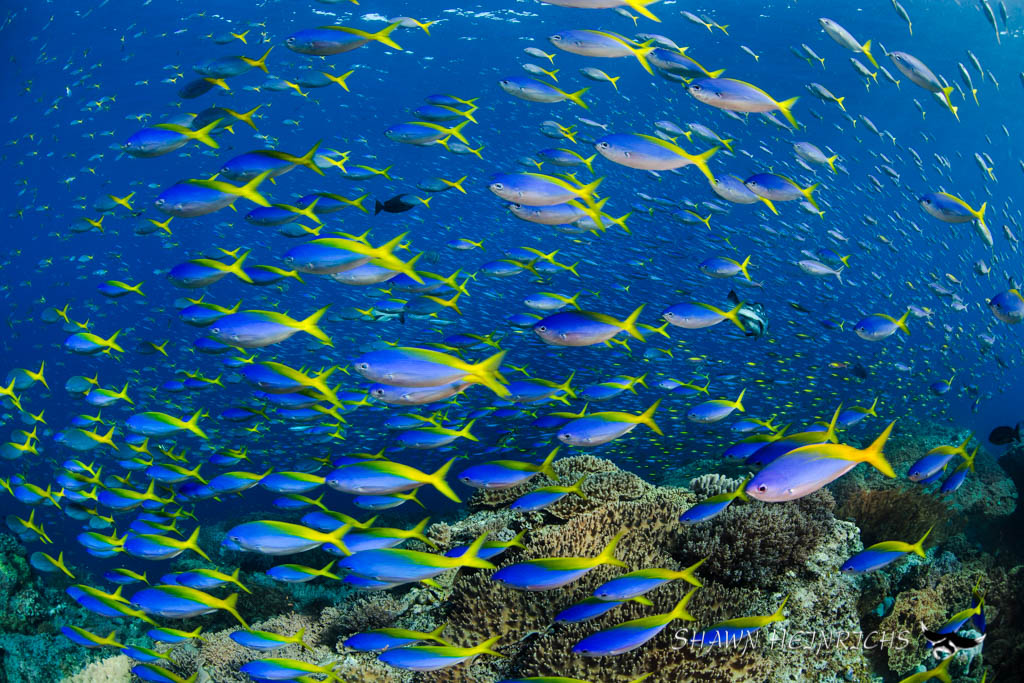 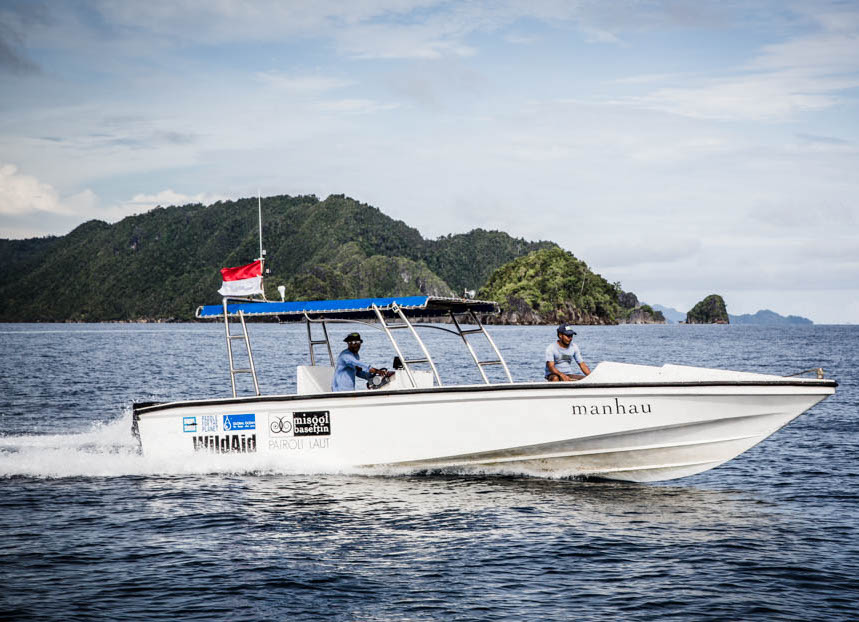 Recently, just in July, you launched two big new initiatives in Asia; one in Hong Kong, the other in Thailand to tackle awareness of the killing of sharks. What are the issues in each of those places?

South East China is where use of shark fin for soup originated, and as the rest of China has started to reduce its consumption, Hong Kong is still a centre for trading and consumption. Recent studies have found a good percentage of protected sharks included in that trade, although authorities seldom check. As Chinese consumption declines, we are able to look at secondary markets, like Thailand. Again, the trade there is essentially unregulated.

What are the tangible effects emerging from your model of celebrity-driven public-awareness campaigns and engaging with government in China?

Apart from the reduction by 80 percent of imports and a drop in the price of shark fin, shark finning has reduced in some places, like the Galapagos, where the combination of lower price and better enforcement has been very effective. Overall, because there was never any accurate or reliable data on shark catches, it is hard to measure trends. However, most shark fisheries and shark bycatch are still completely unregulated, with little sign of that changing.

WildAid seems to be a lesson in the art of persuasion. Is that what you had in mind from the outset?

We wanted to ensure that consumers understood what they were paying for – often cruelty and decimating wildlife, but we also wanted to market conservation positively and wildlife consumption negatively. We’ve been lucky enough to work with the most amazing ambassadors and have great support from media to get the message out.

What about manta rays? The numbers seem staggering (from 2010 to 2013, the number of rays killed for their gill plates tripled to 150,000). Where is this trade happening?

Gunagzhou in Southern China is the epicentre of almost all of this trade. Our latest survey shows the international restrictions are holding and a much-reduced trade in old stock. There may still be some smuggling, but it’s down from a few years ago.

How is the billboard campaign going there (Guangzhou)? What effect is it having?

Billboards and TV ads are informing the public not to buy the products, but the CITES Appendix II listing we worked for has effectively stopped imports, and the government seem to be enforcing it. [CITES is the Convention on International Trade in Endangered Species of Wild Flora and Fauna. Appendix II includes species that aren’t necessarily facing extinction, but which require control of trade to avoid threat to their survival.]

What other ocean-related campaigns are you planning for Asia?

We are just starting a campaign against sea turtle products in China and are making a documentary with CCTV and continue the shark fin work throughout the region.

It’s remarkable what WildAid has achieved so far. What keeps you focused and motivated when the task seems so overwhelming?

The challenges are enormous, but we have seen some incredible progress, too.  We just took our daughter to swim with whale sharks and mantas in Mexico, and seeing what is still out there inspires us to fight for the future.

What is WildAid doing in Indonesia?

We support a community-led marine protected area in Misool, Raja Ampat and a project to convert whale shark and manta fishermen to ecotourism in Lamakera. We hope to take our shark and manta campaigns there next year.

What can Australians do to help your work?

Be conscious to never buy products from threatened wildlife when travelling, and advise others to only buy sustainable seafood. Reduce your carbon footprint where you can. We are always very appreciative of donations and are ranked 100 percent for transparency and efficiency by the independent watchdog Charity Navigator.