Following the second day of racing, Miss Silver has maintained its overall lead in the 2021 Millennium Cup.

Following Day 2 of the New Zealand Millennium Cup, a day defined as “brilliant and breezy” by Tawera owner, Mike Mahoney, Miss Silver has maintained its overall lead during this year’s competition.

The first race of the day began when Aschanti IV crossed the line towards the first mark, taking a high line across the Bay of Islands with Sassafras following closely behind. The rest of the fleet also trailed behind with a pod of dolphins behind in support.

This initial race race proved to be tight with both Catalina and Aschanti IV pressing together up towards the second mark, Aschanti IV intuitively taking the upper hand soon after.

While Sassafras took line honours in both races of the day, it was Miss Silver who was declared the winner of both Race 2 and 3. Two results that solidified the vessel’s strong progress so far in this year’s Cup. 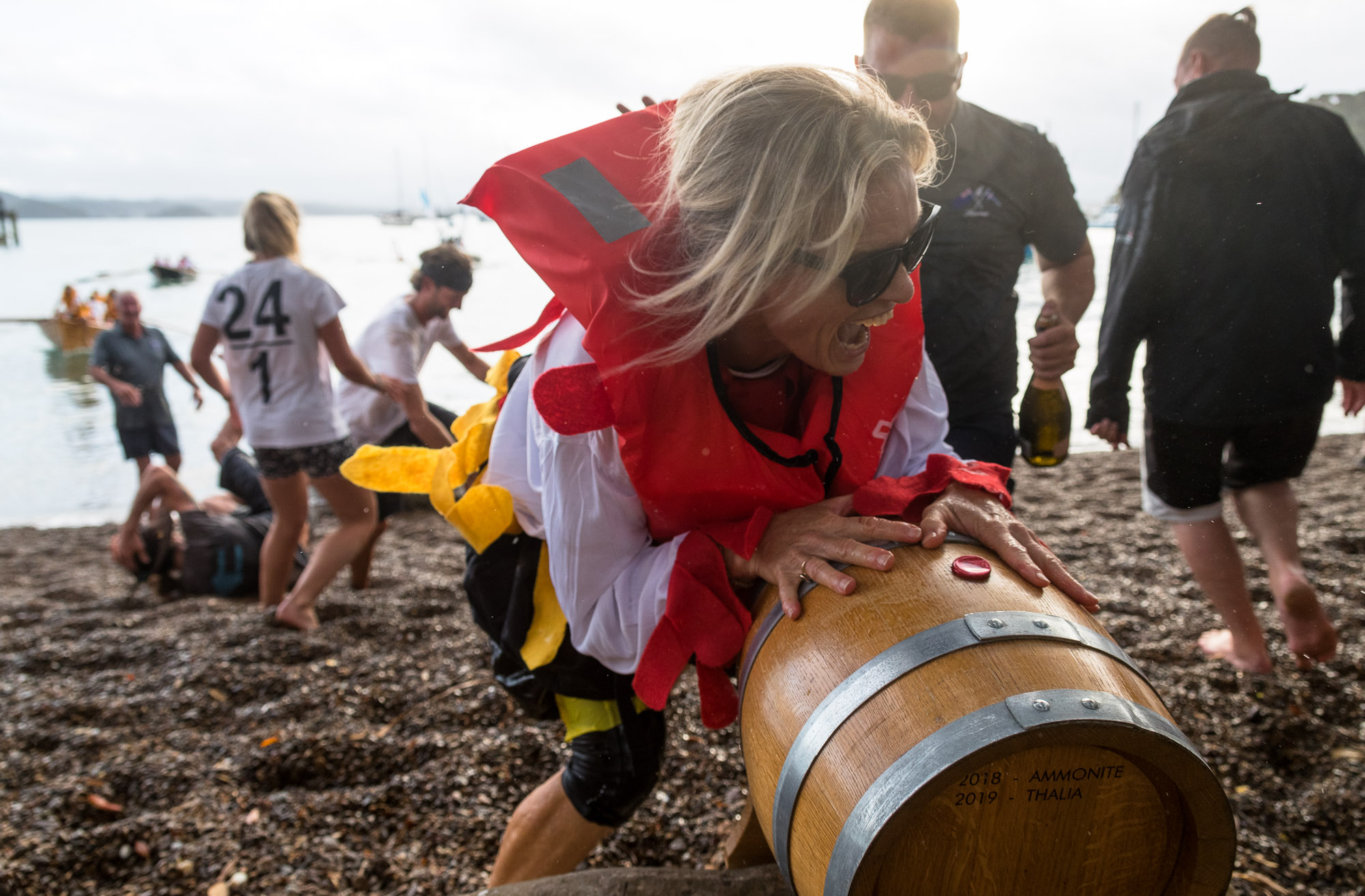 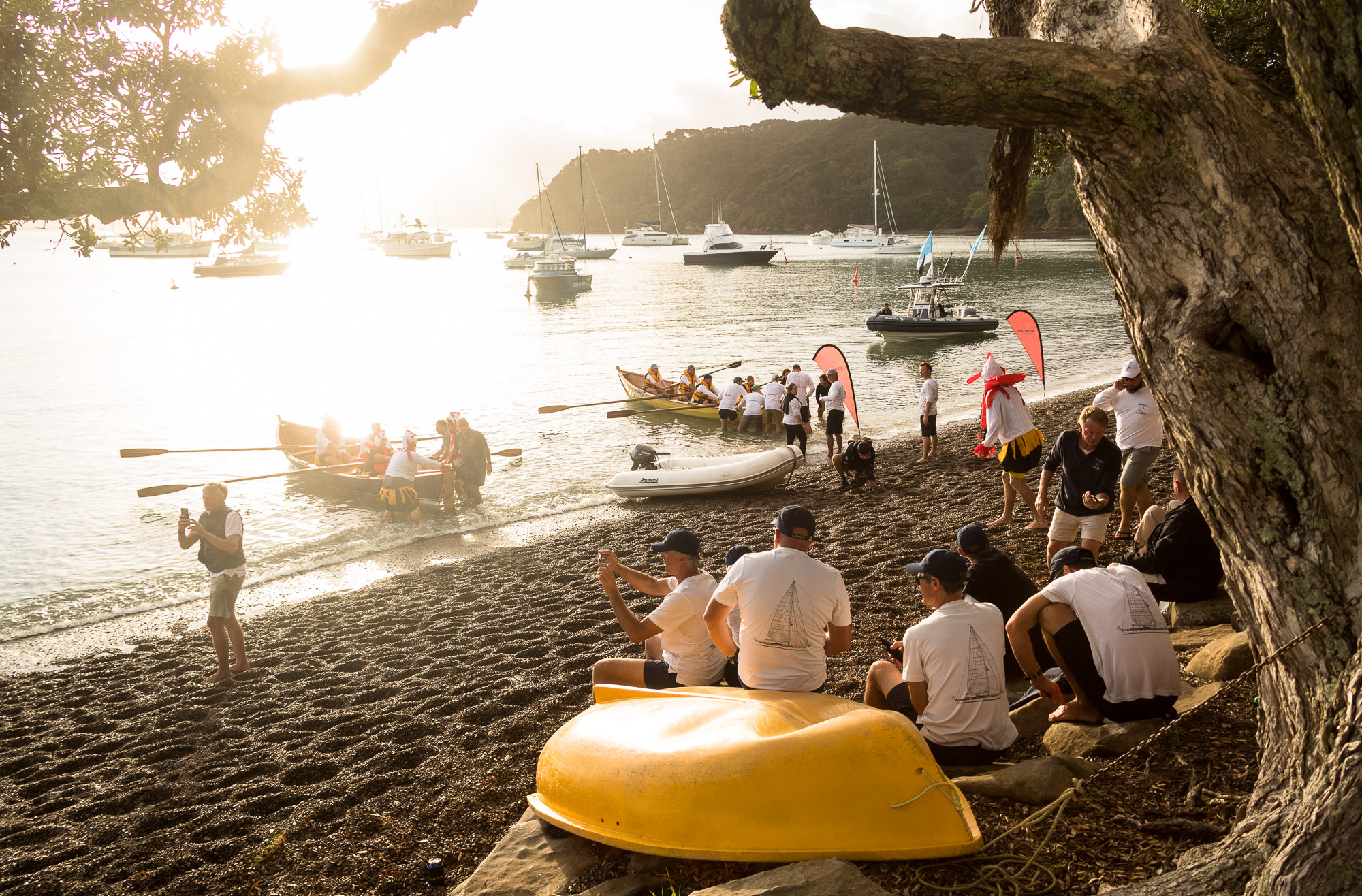 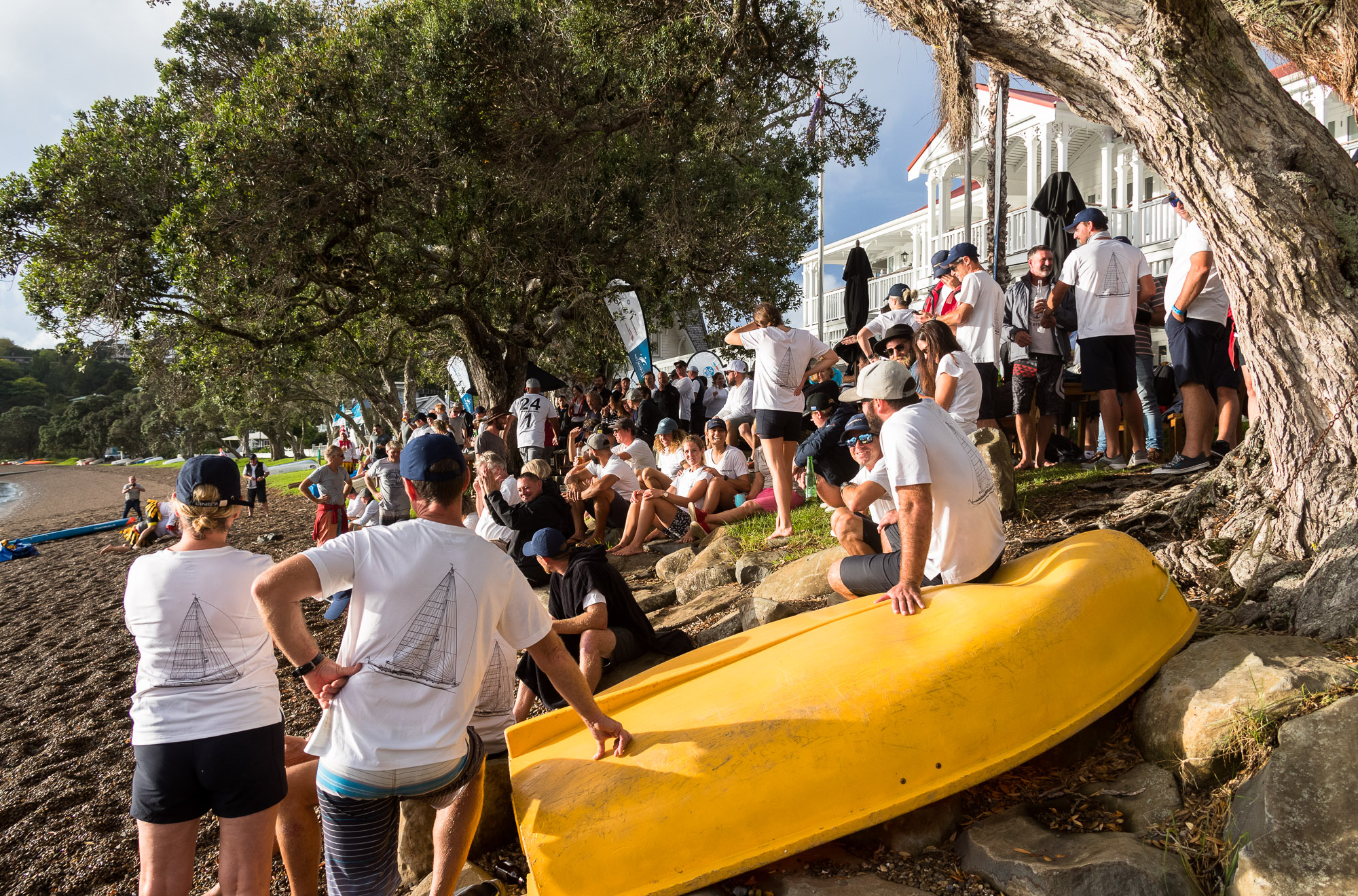 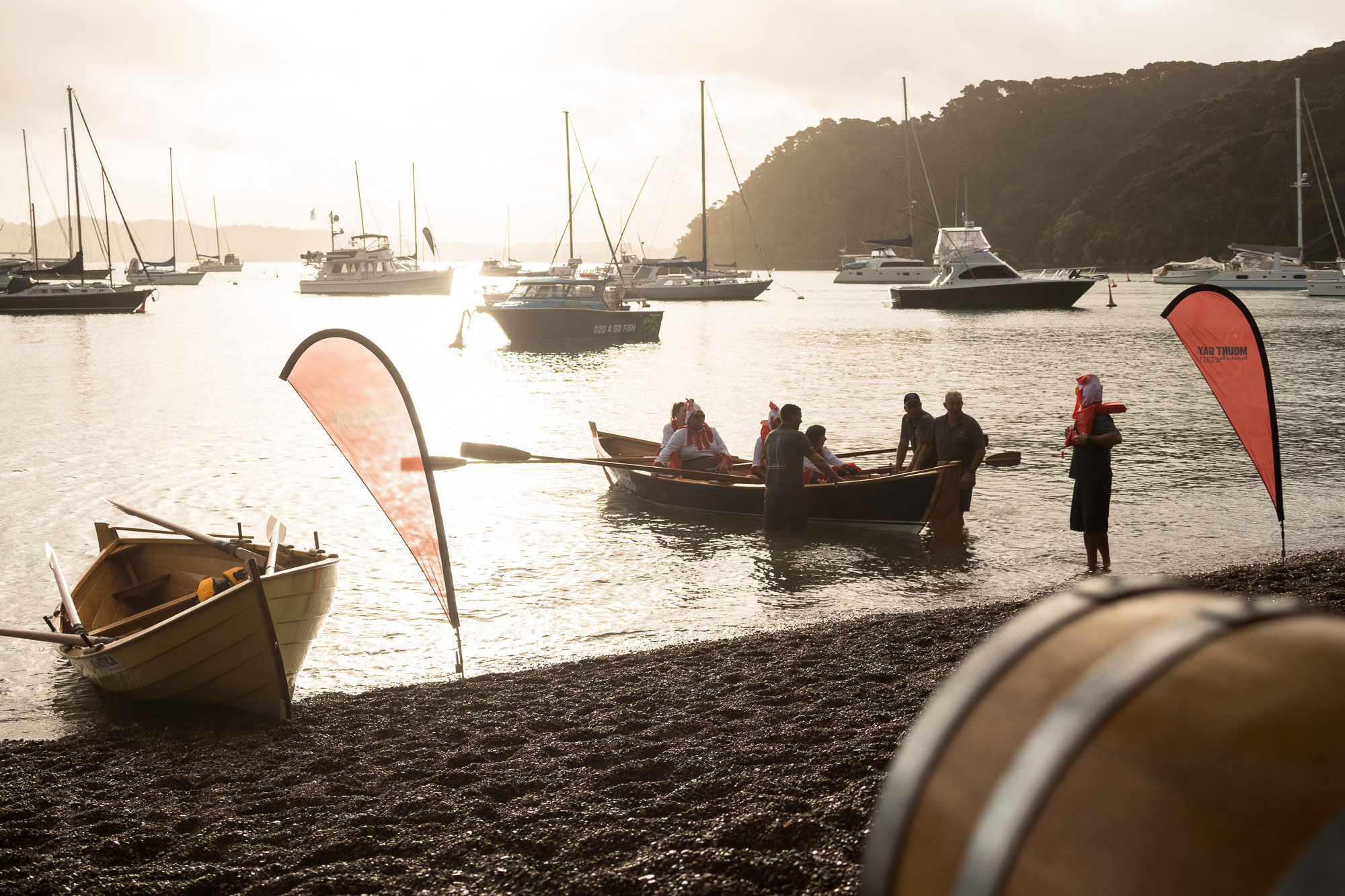 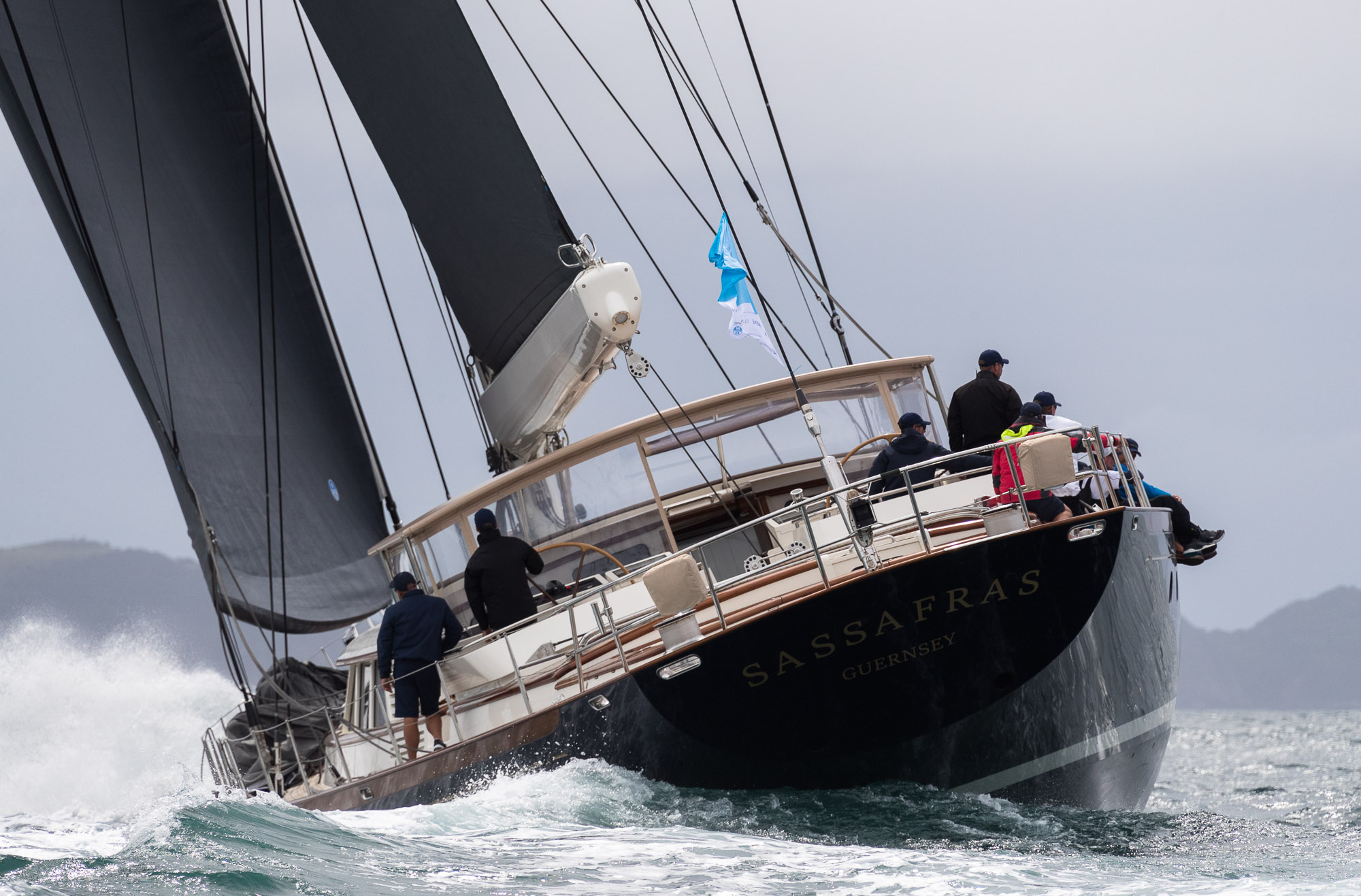 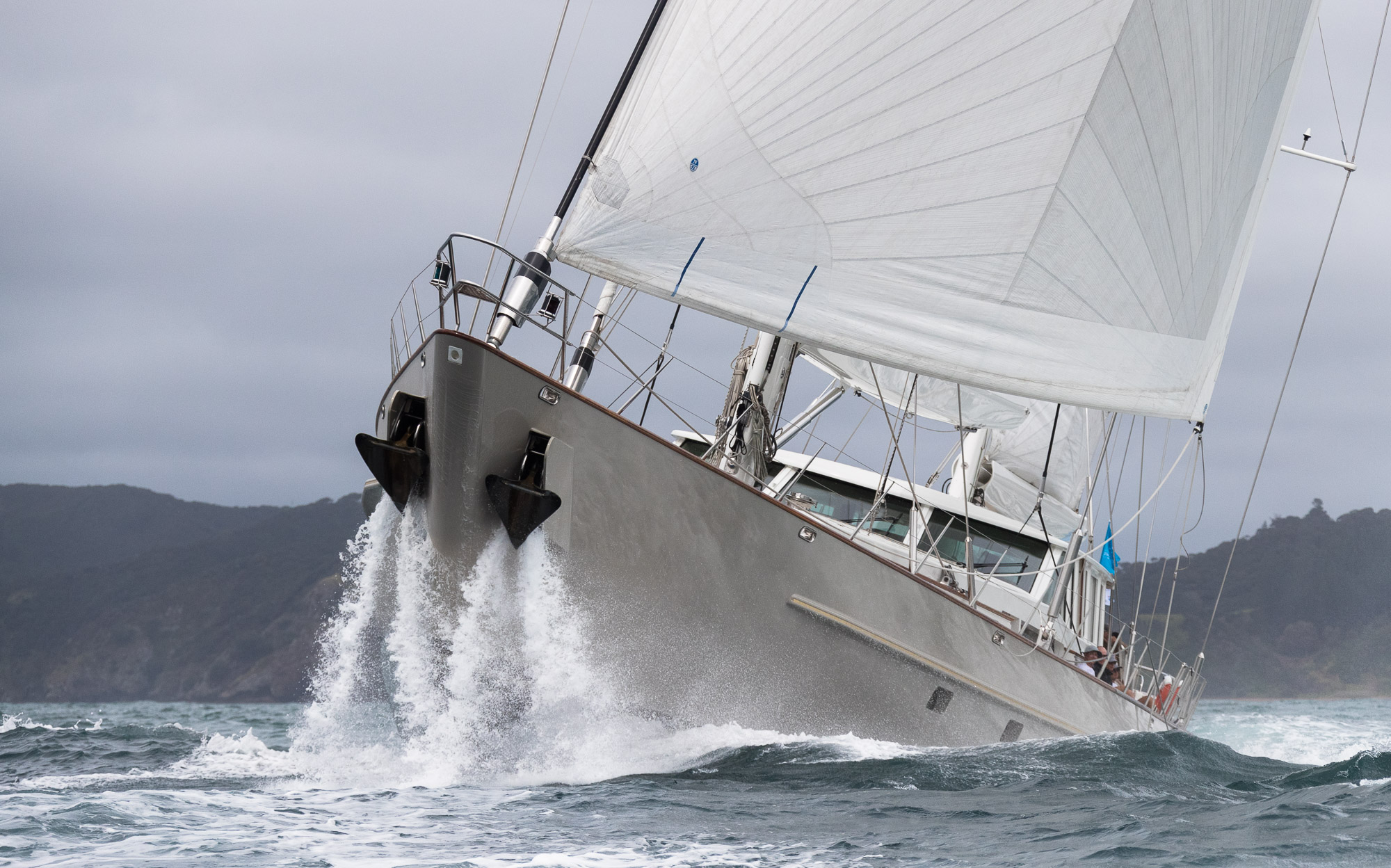 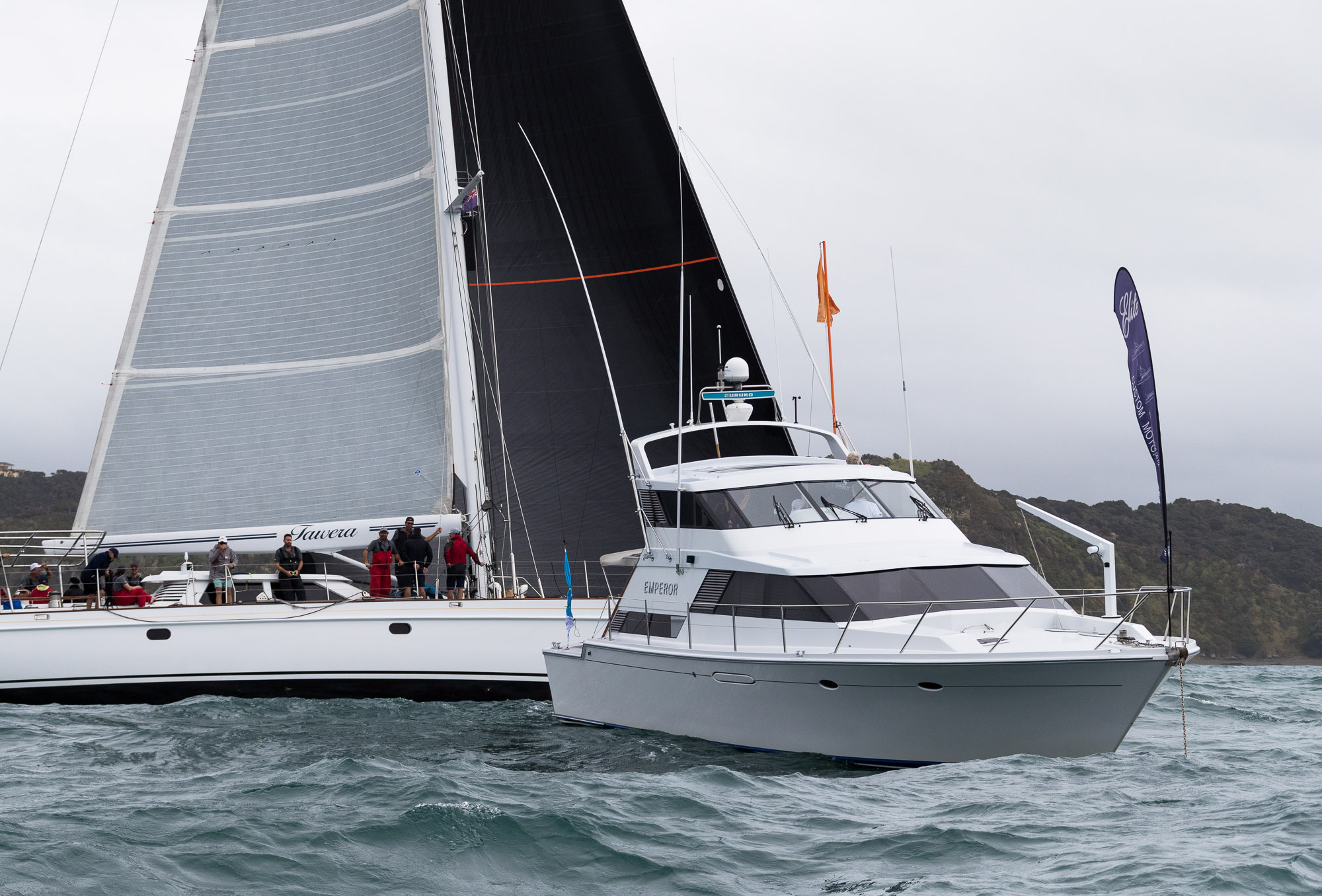 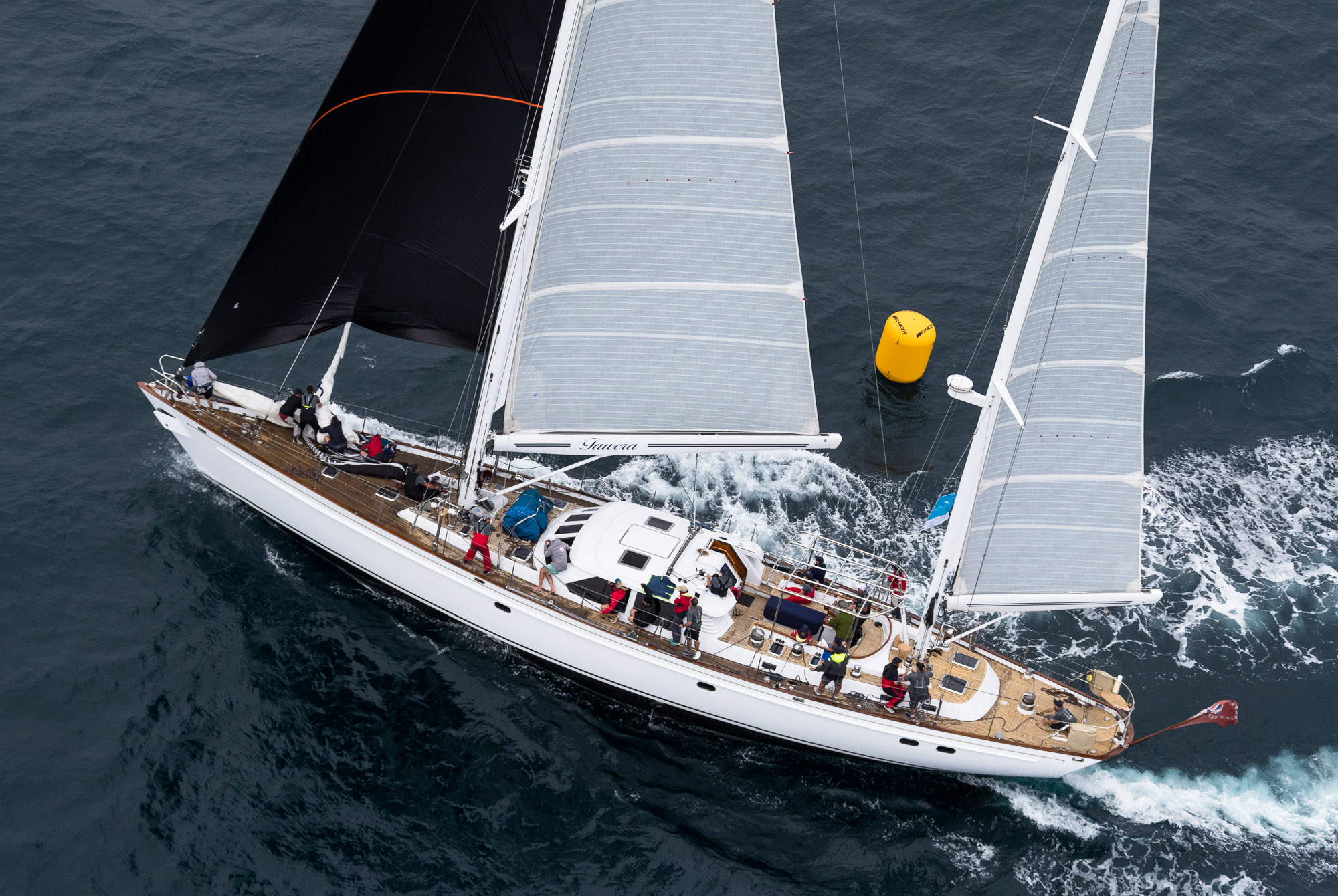 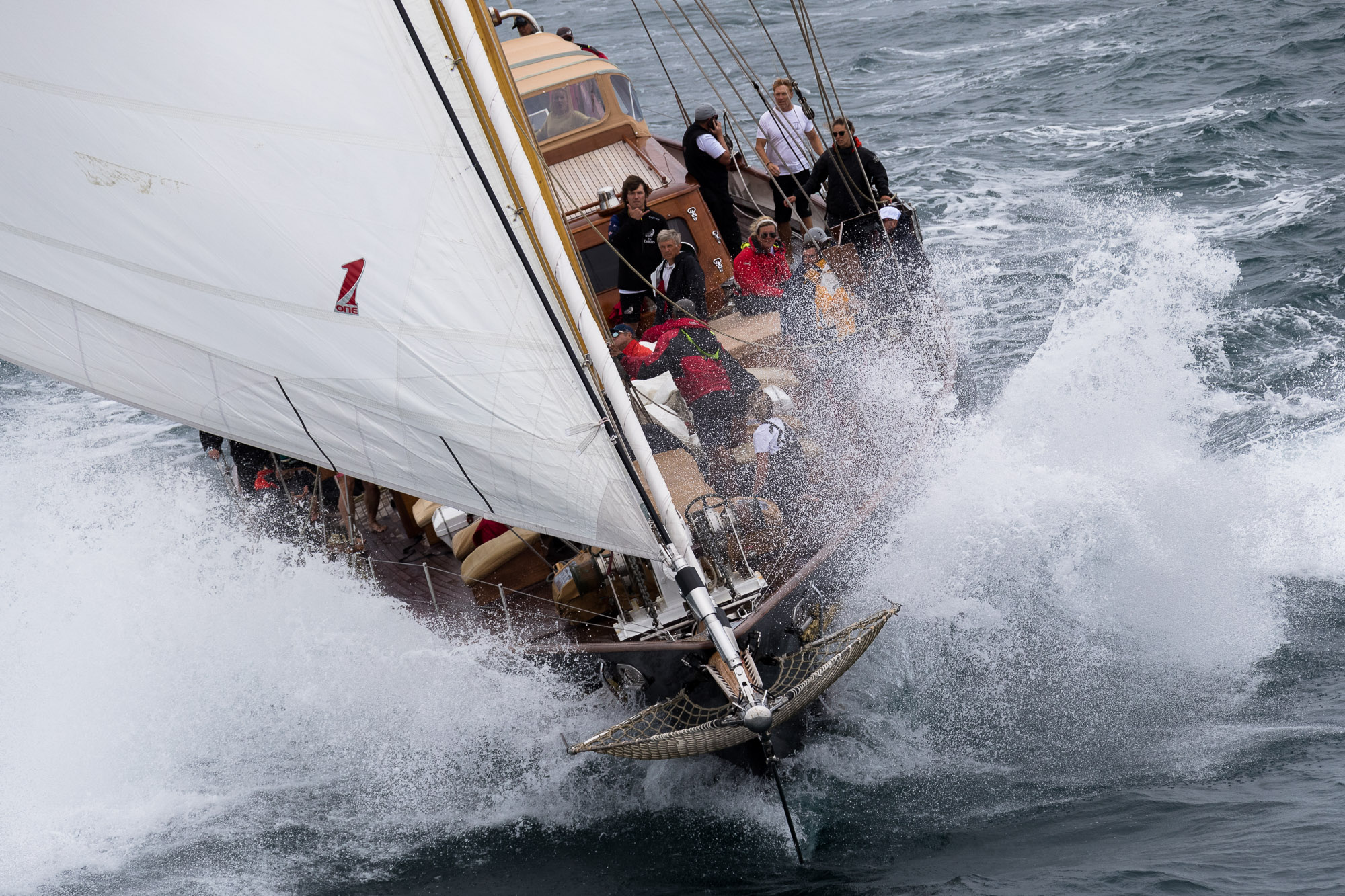 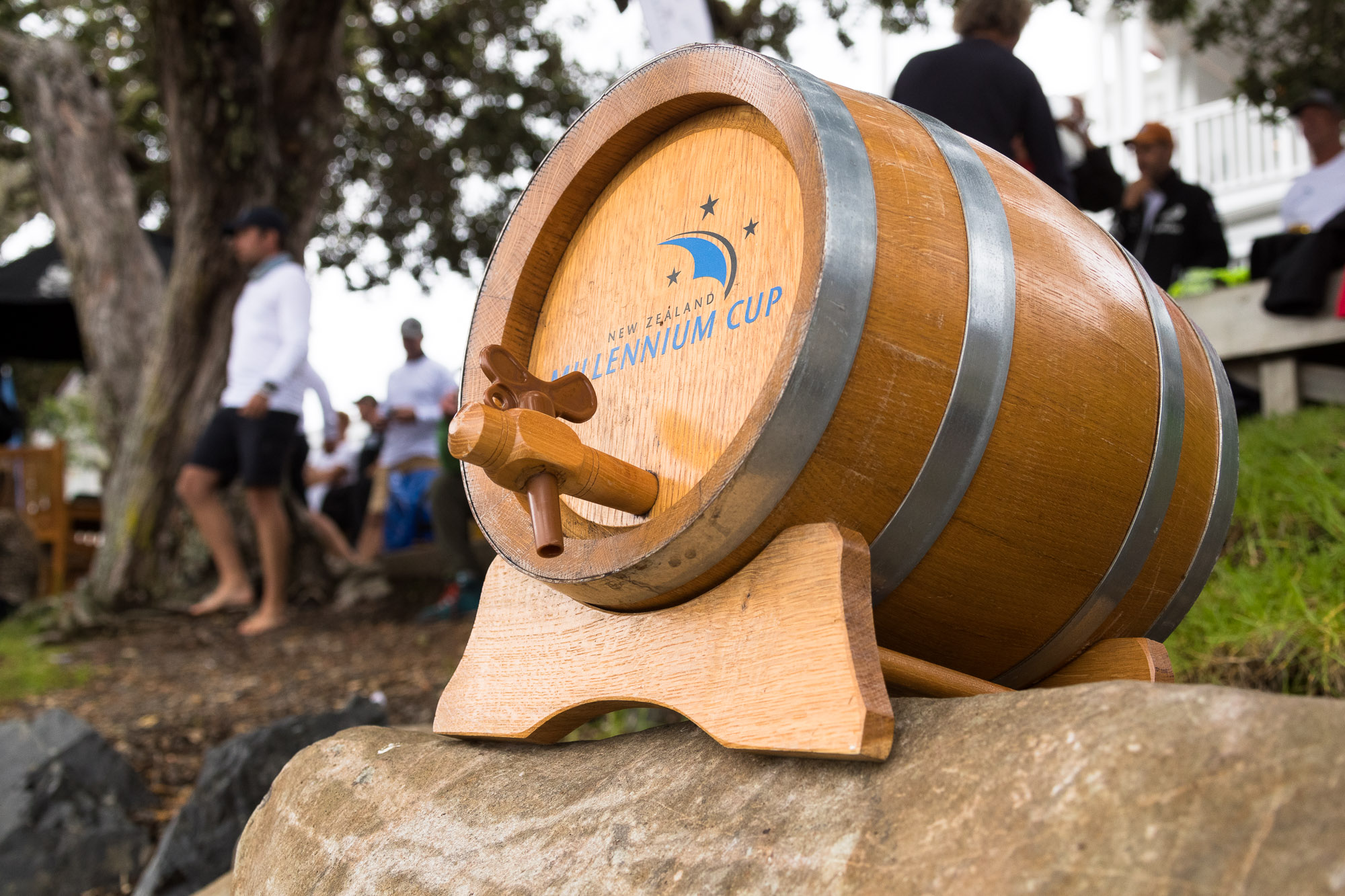 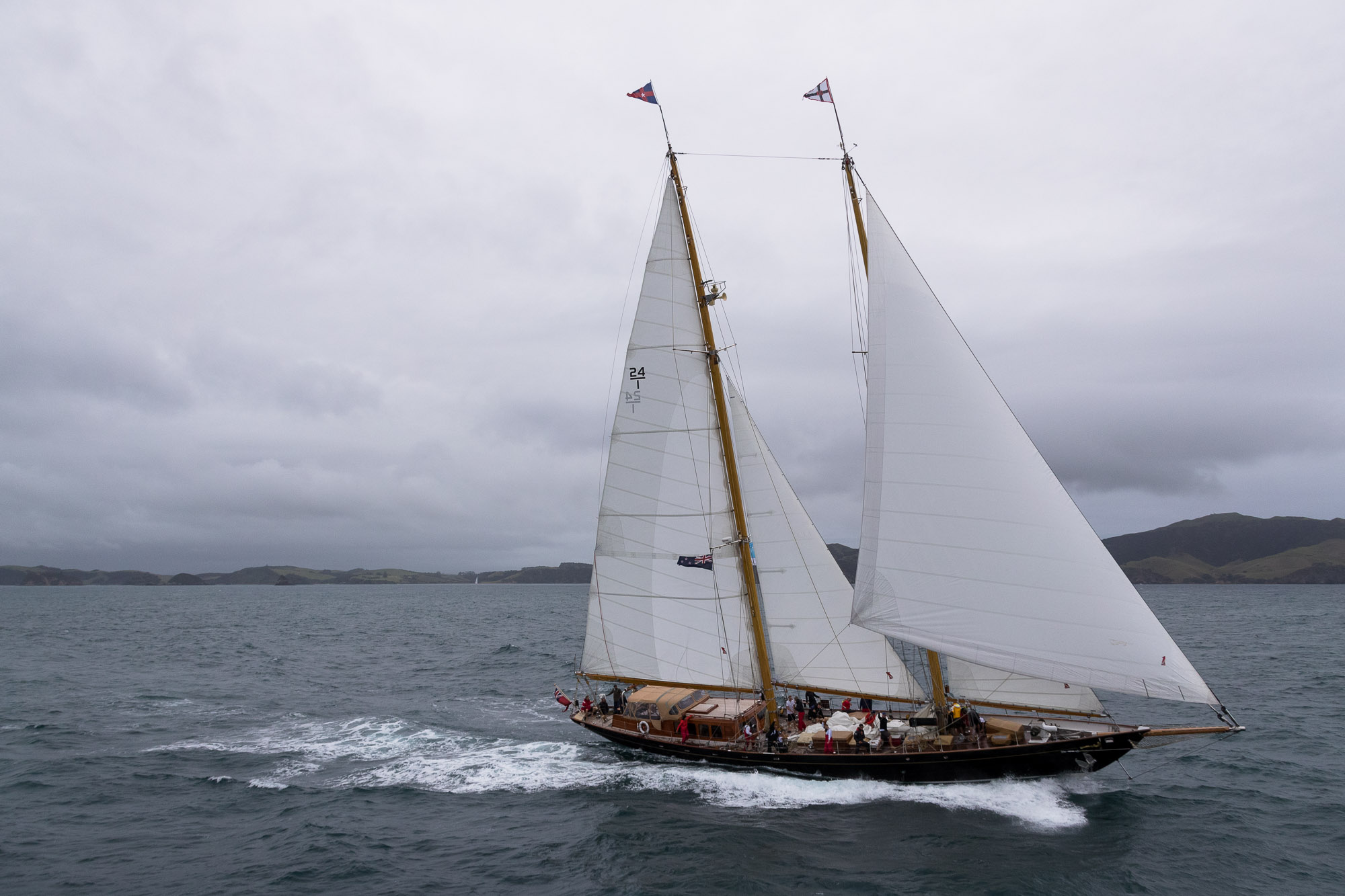 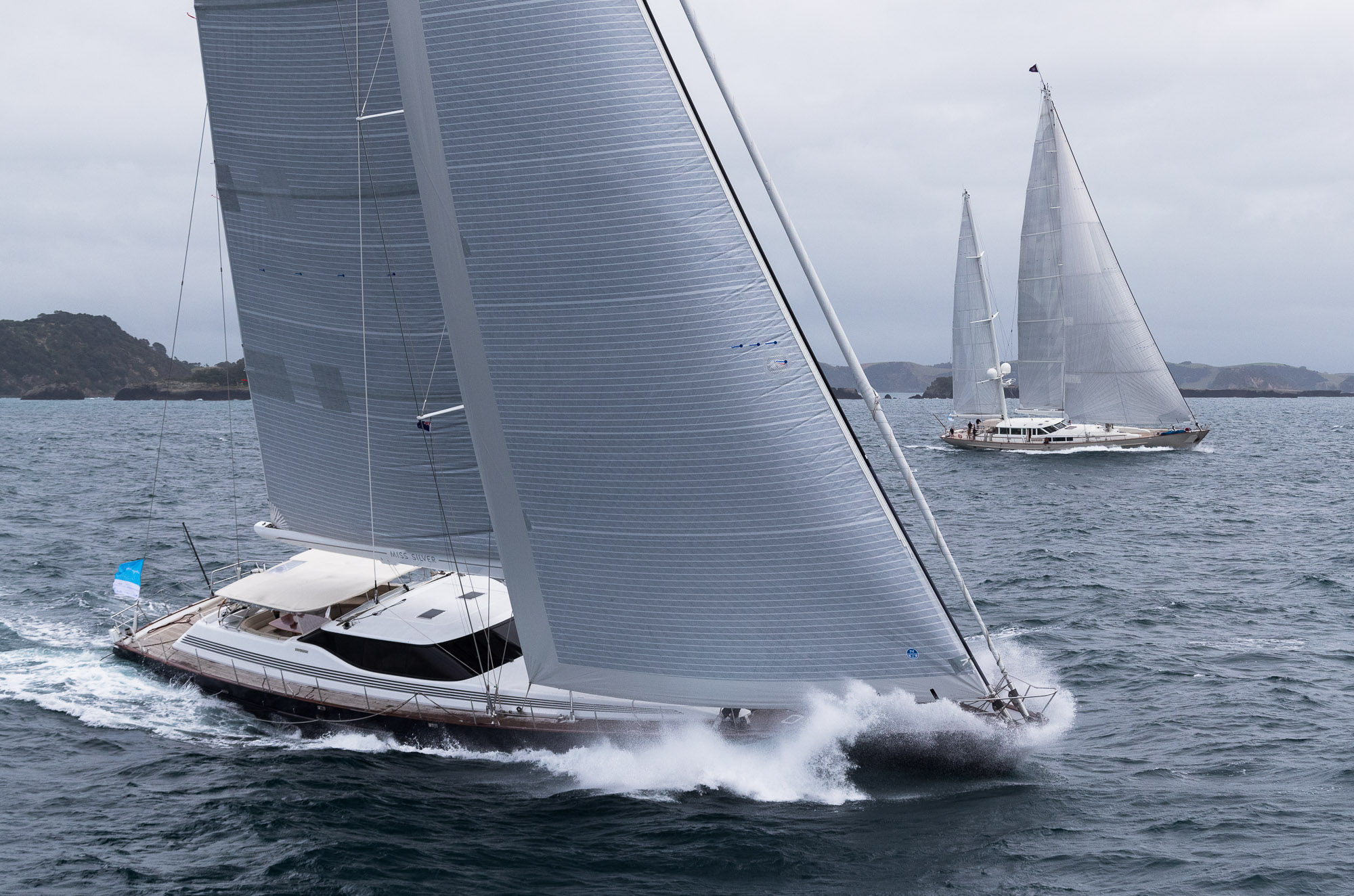 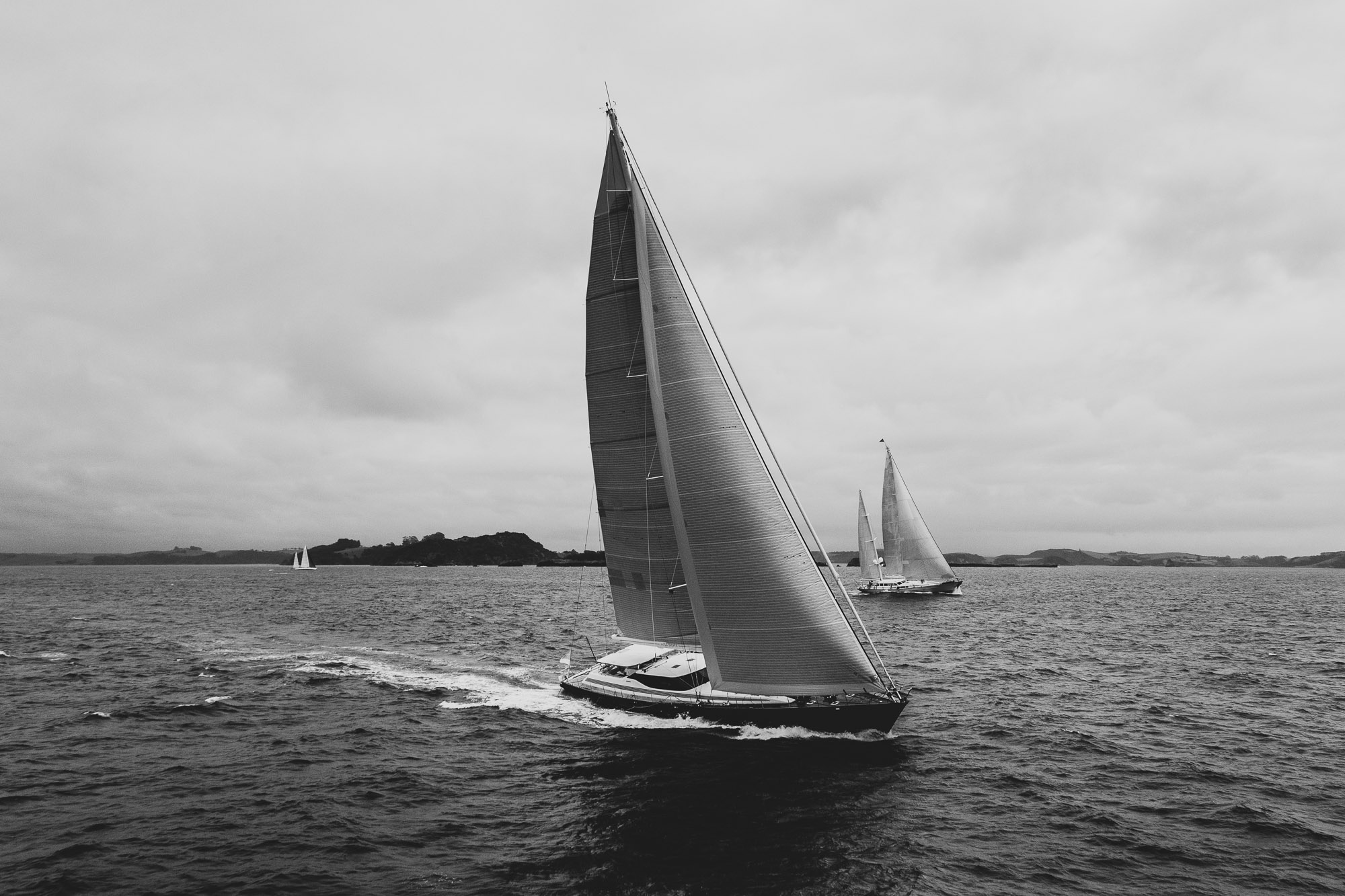 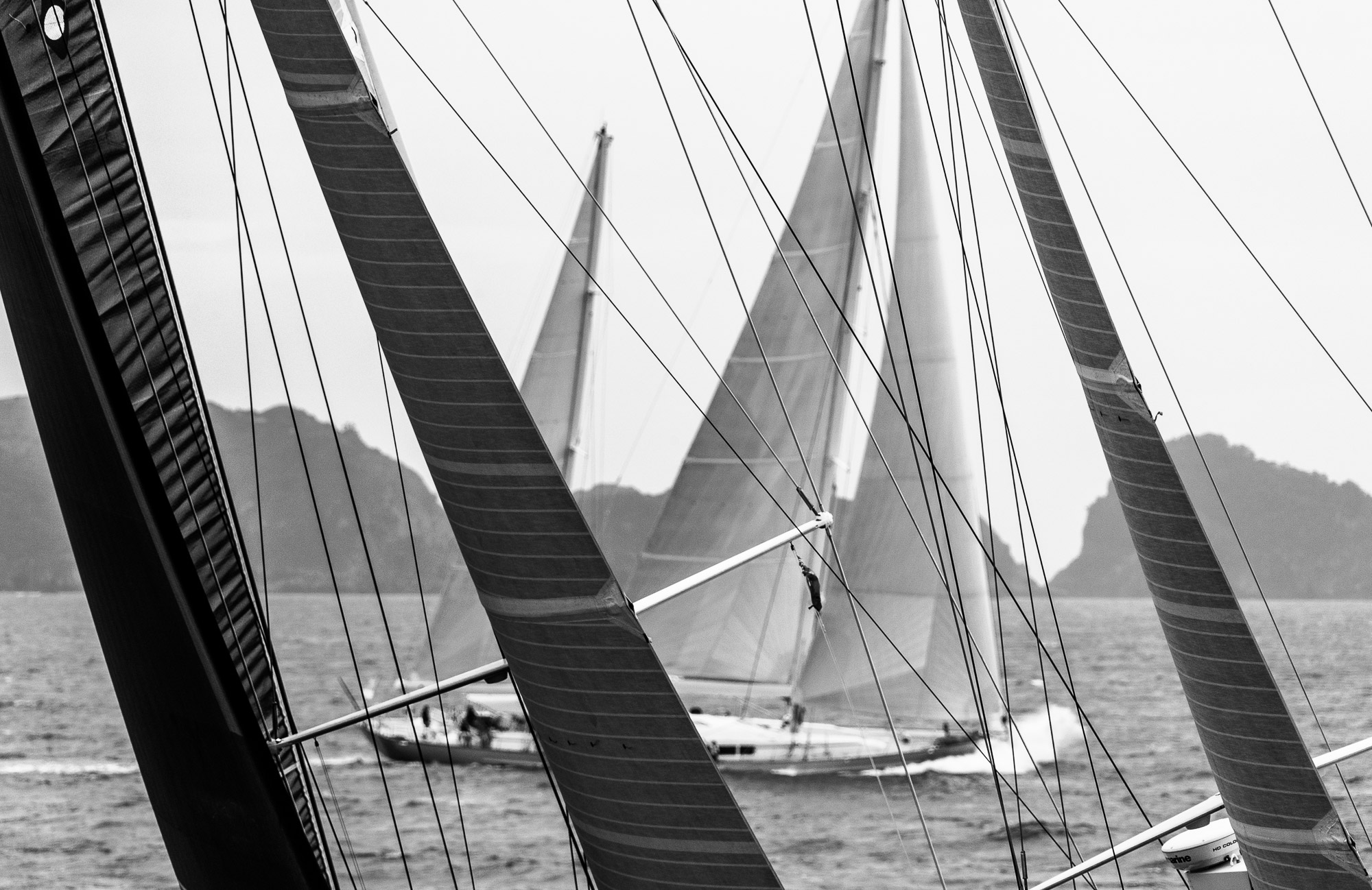 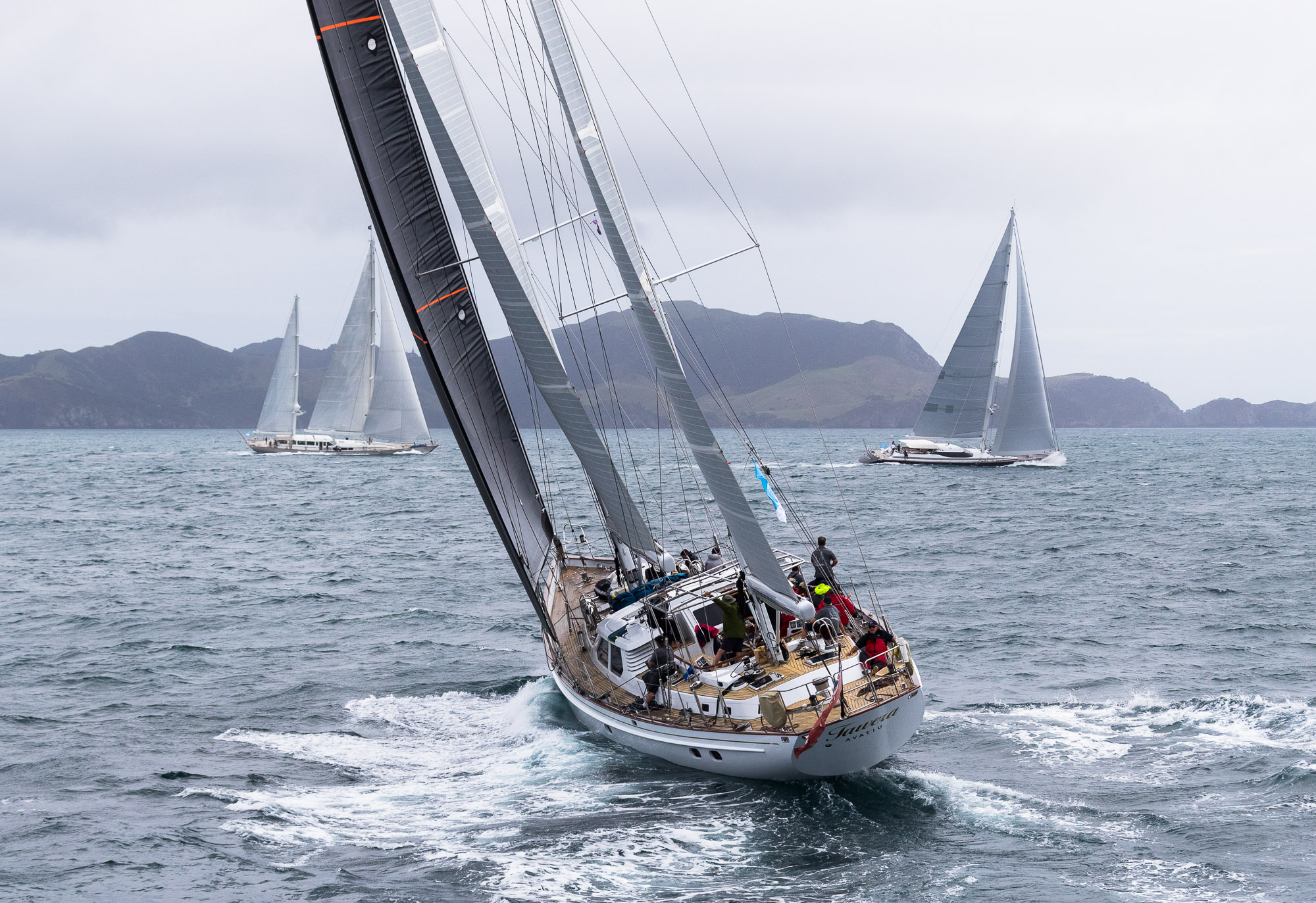 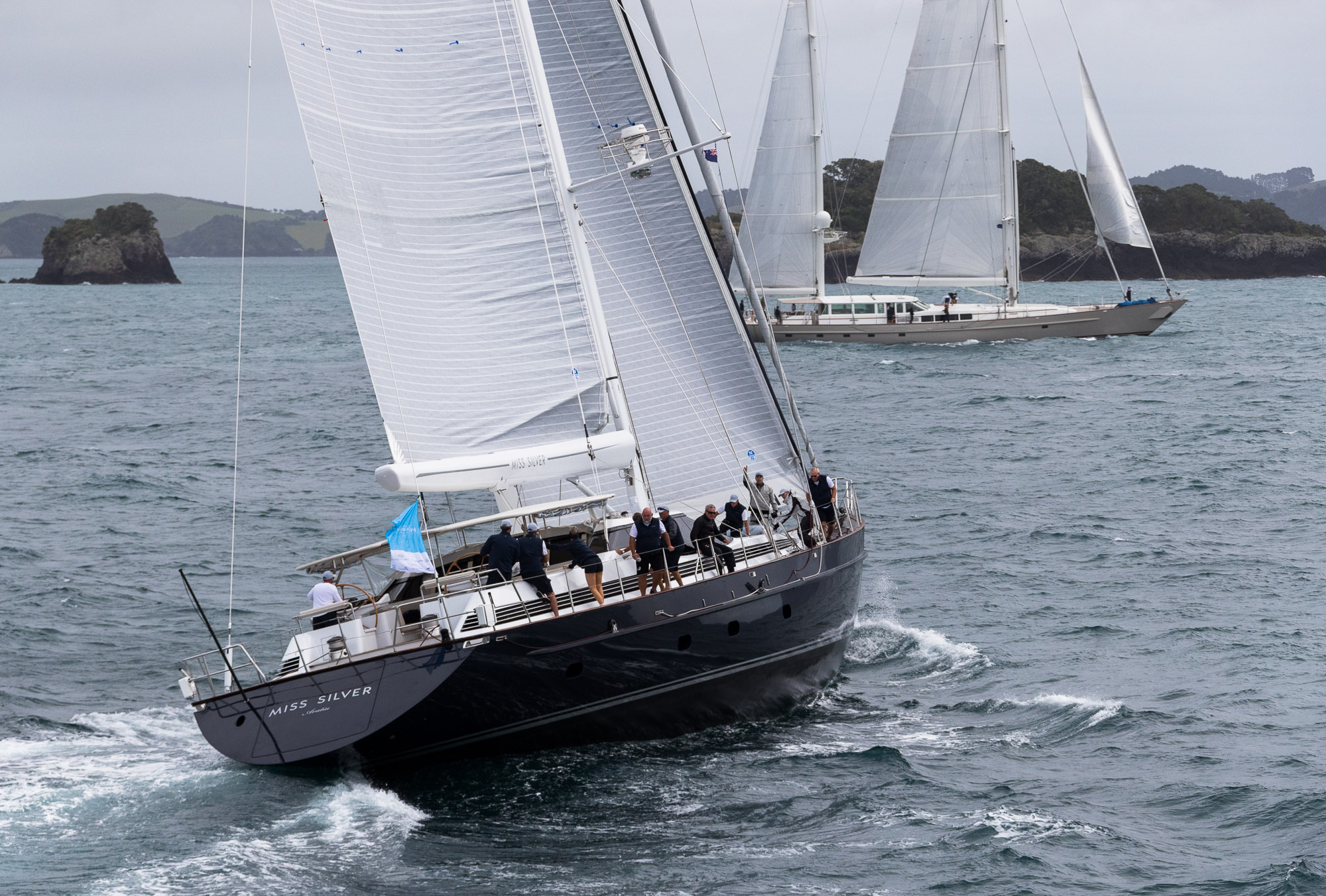 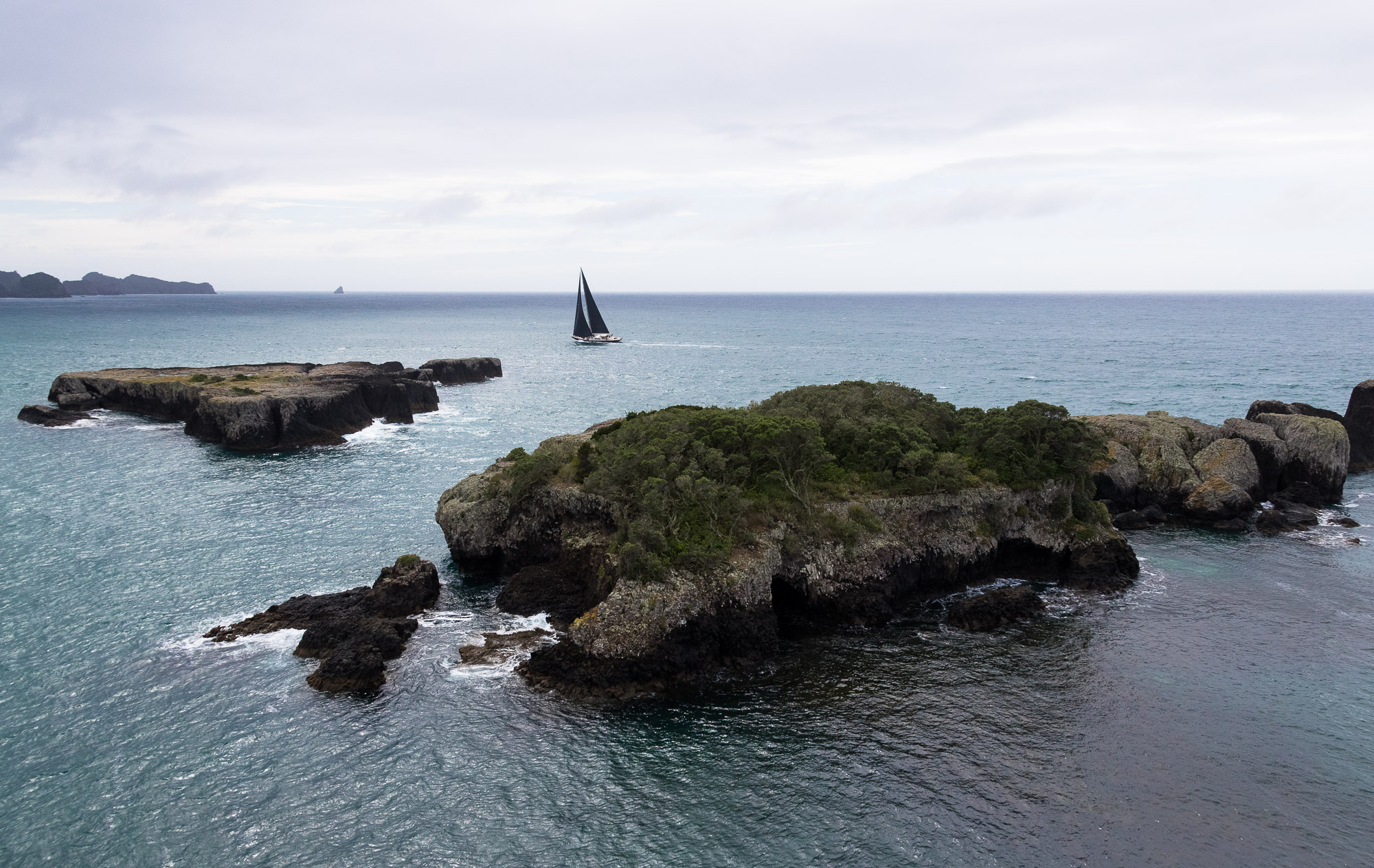 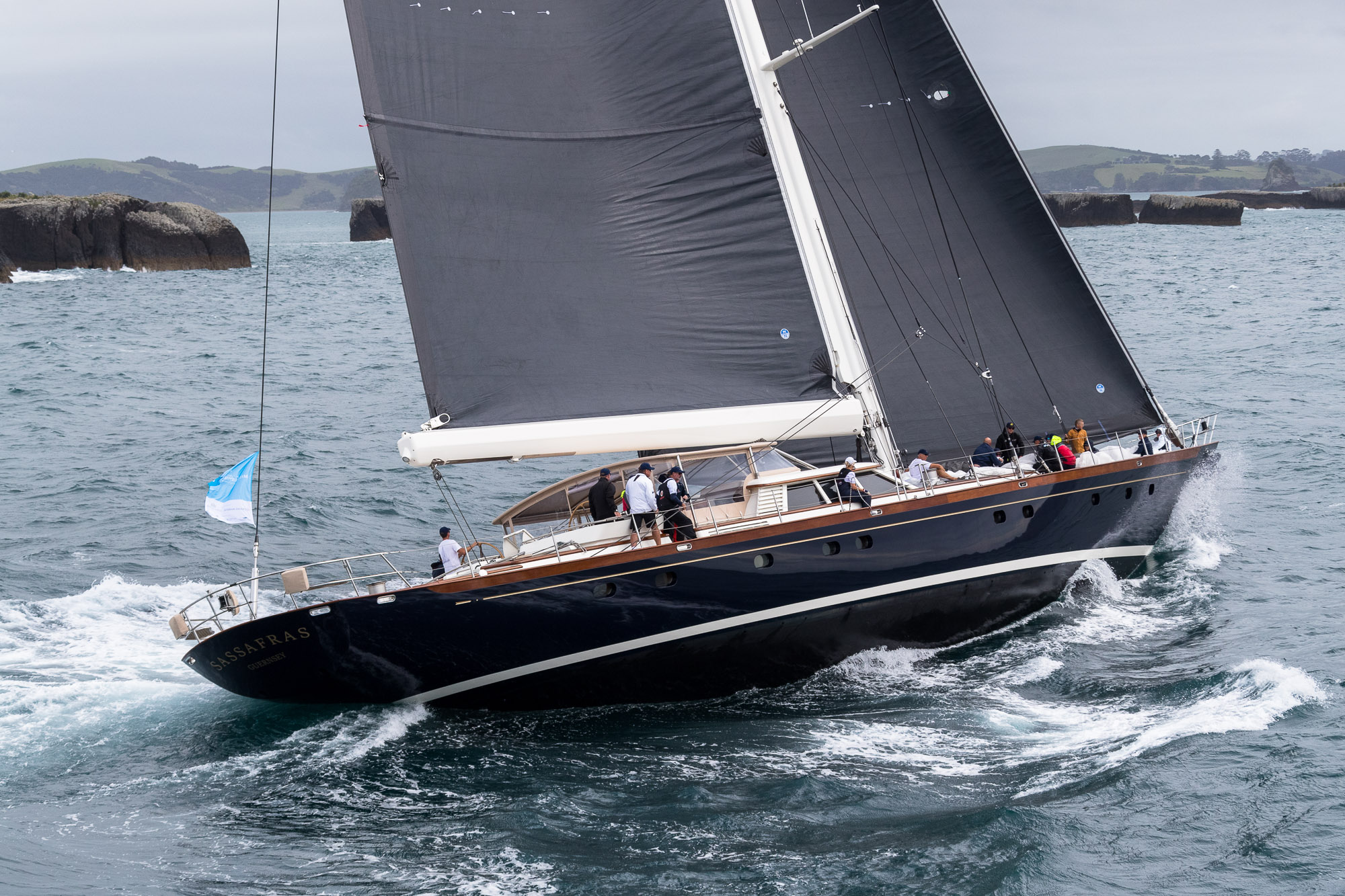 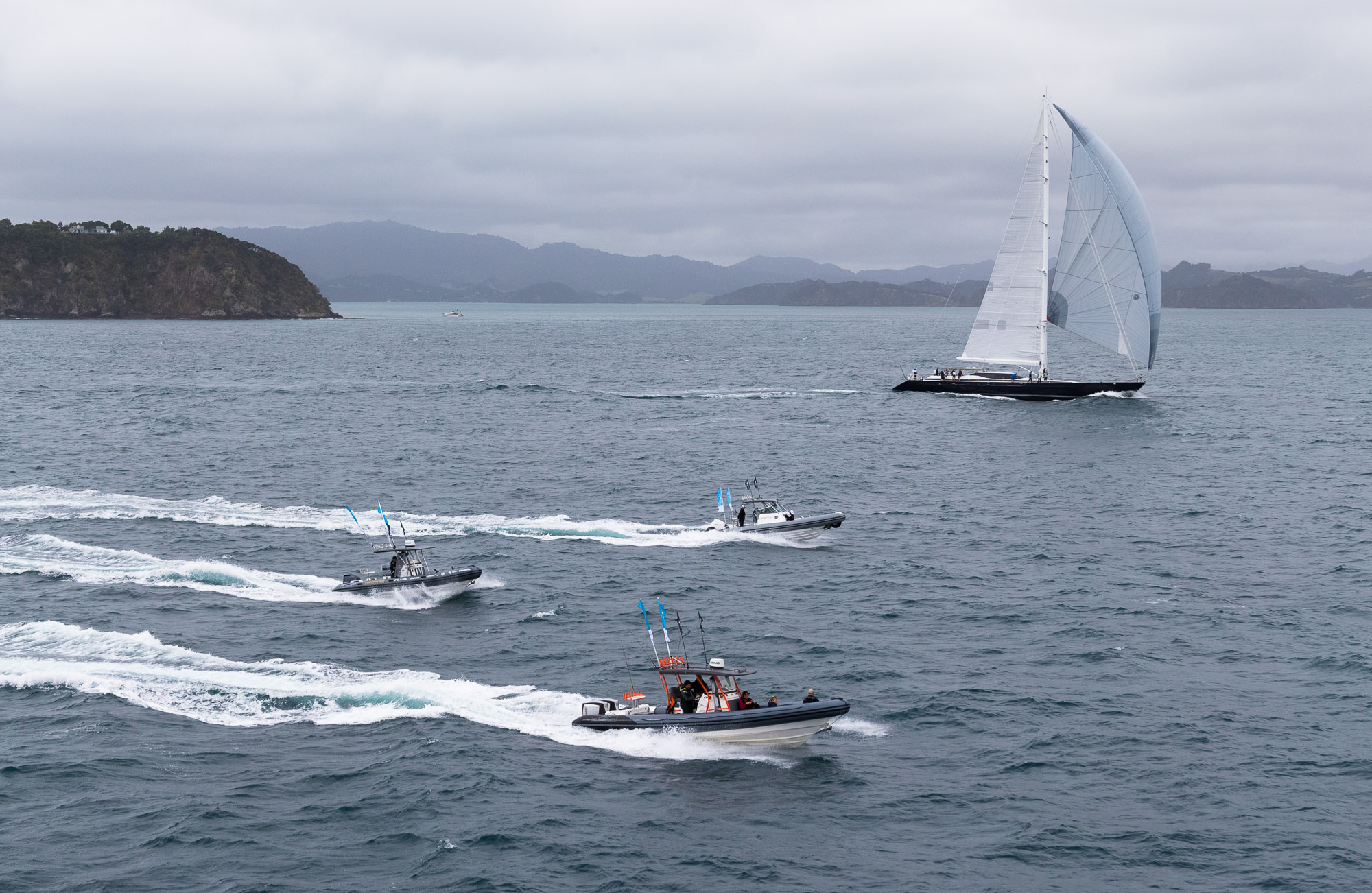 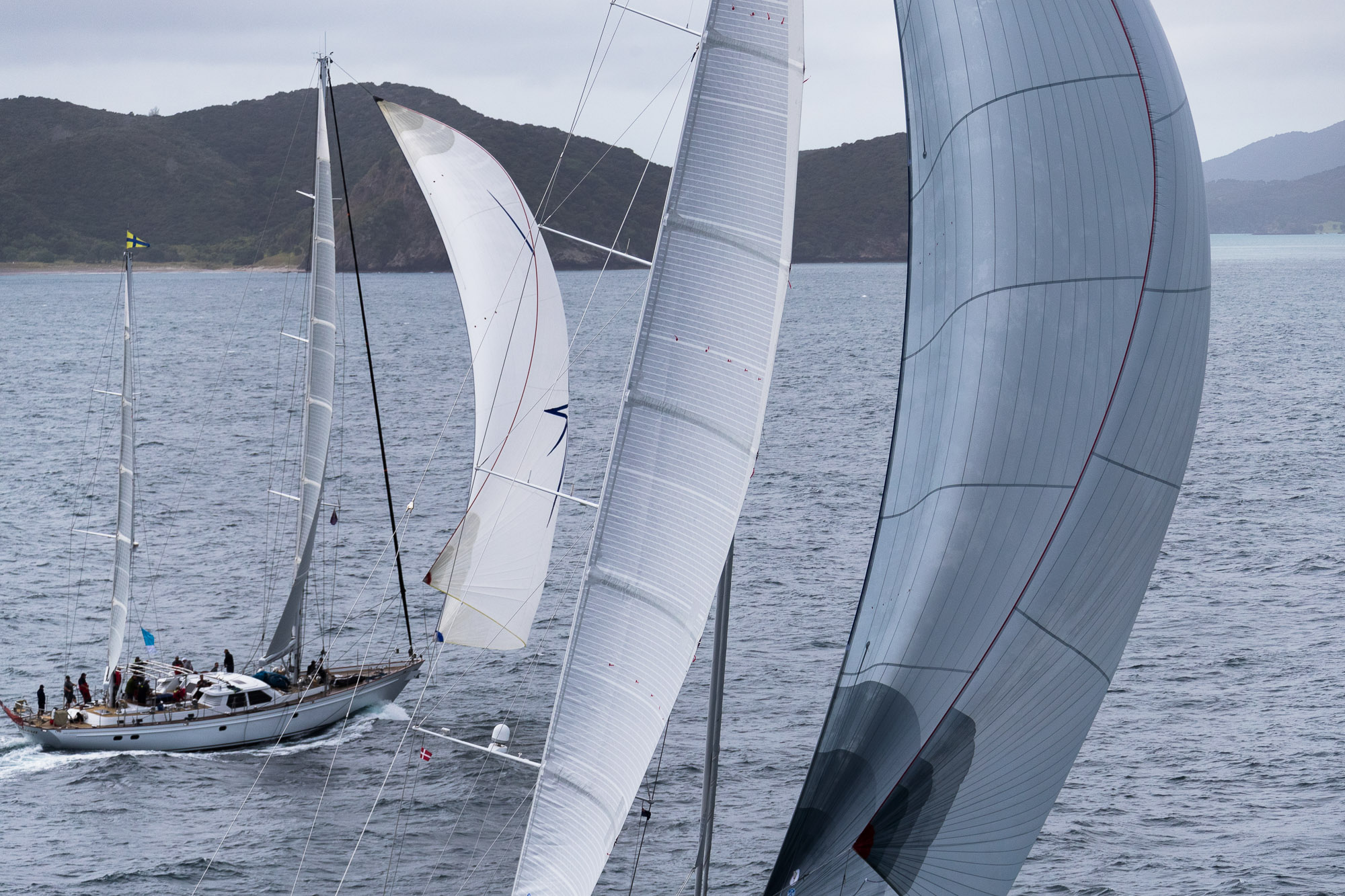 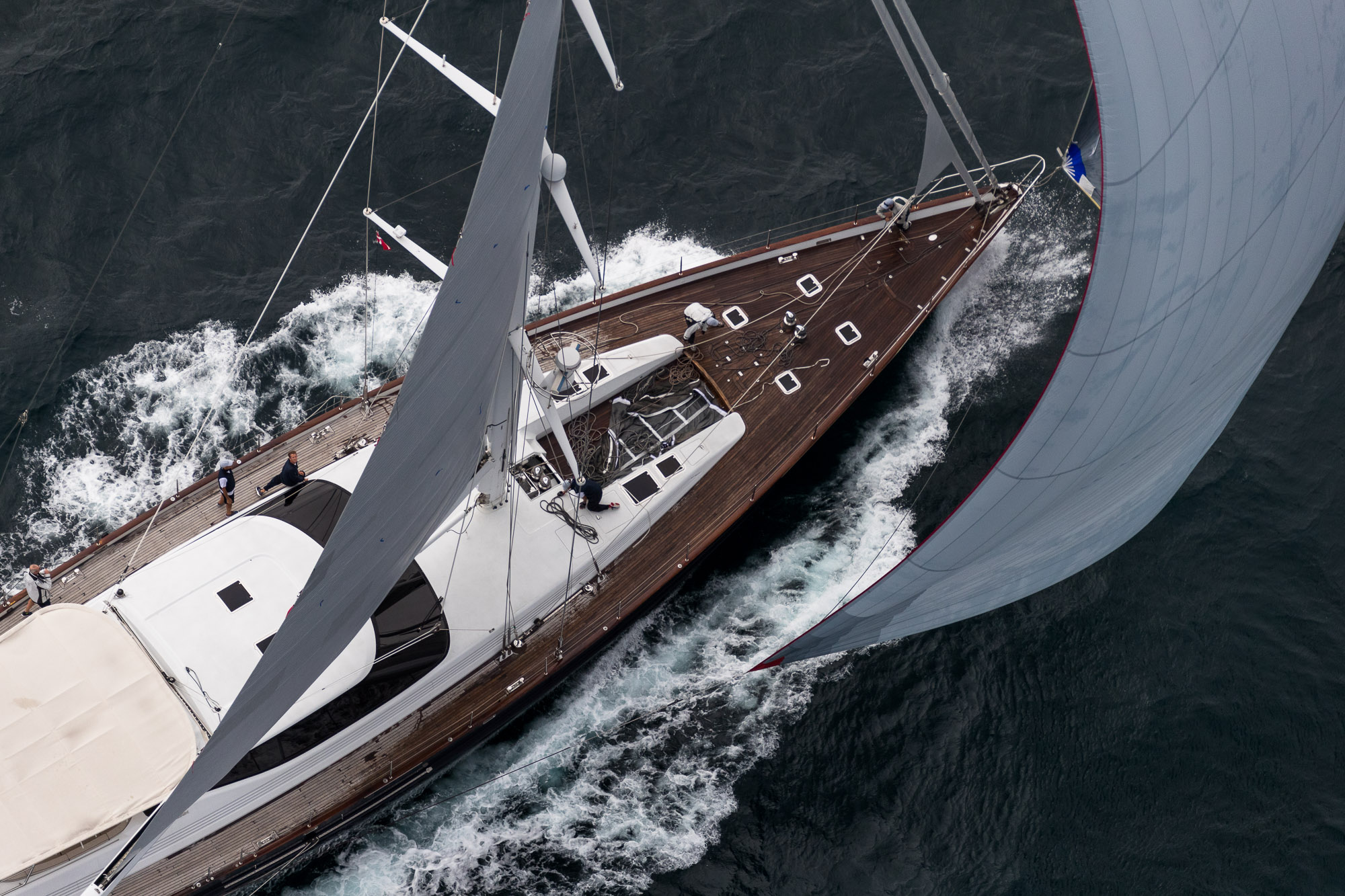 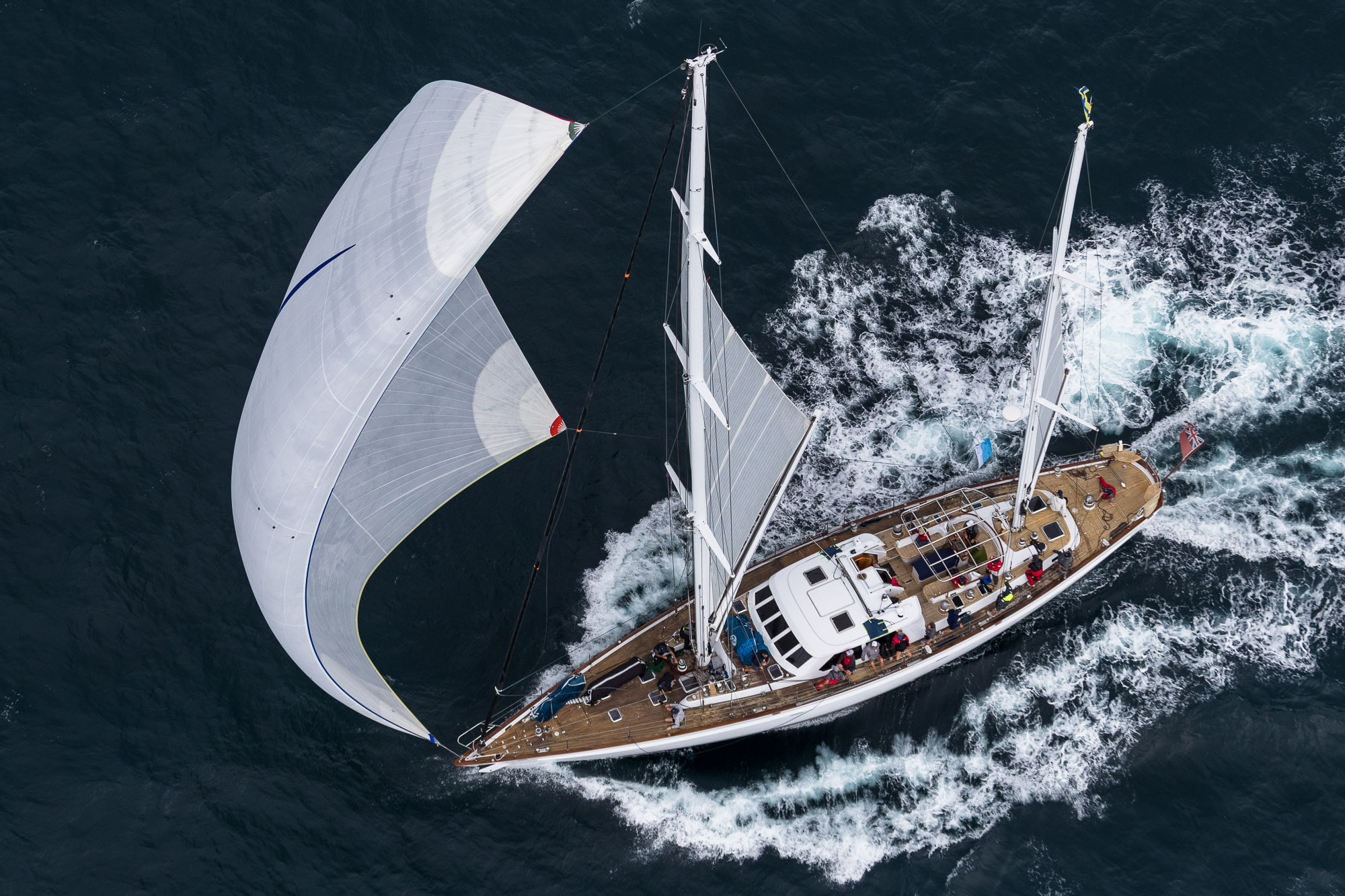 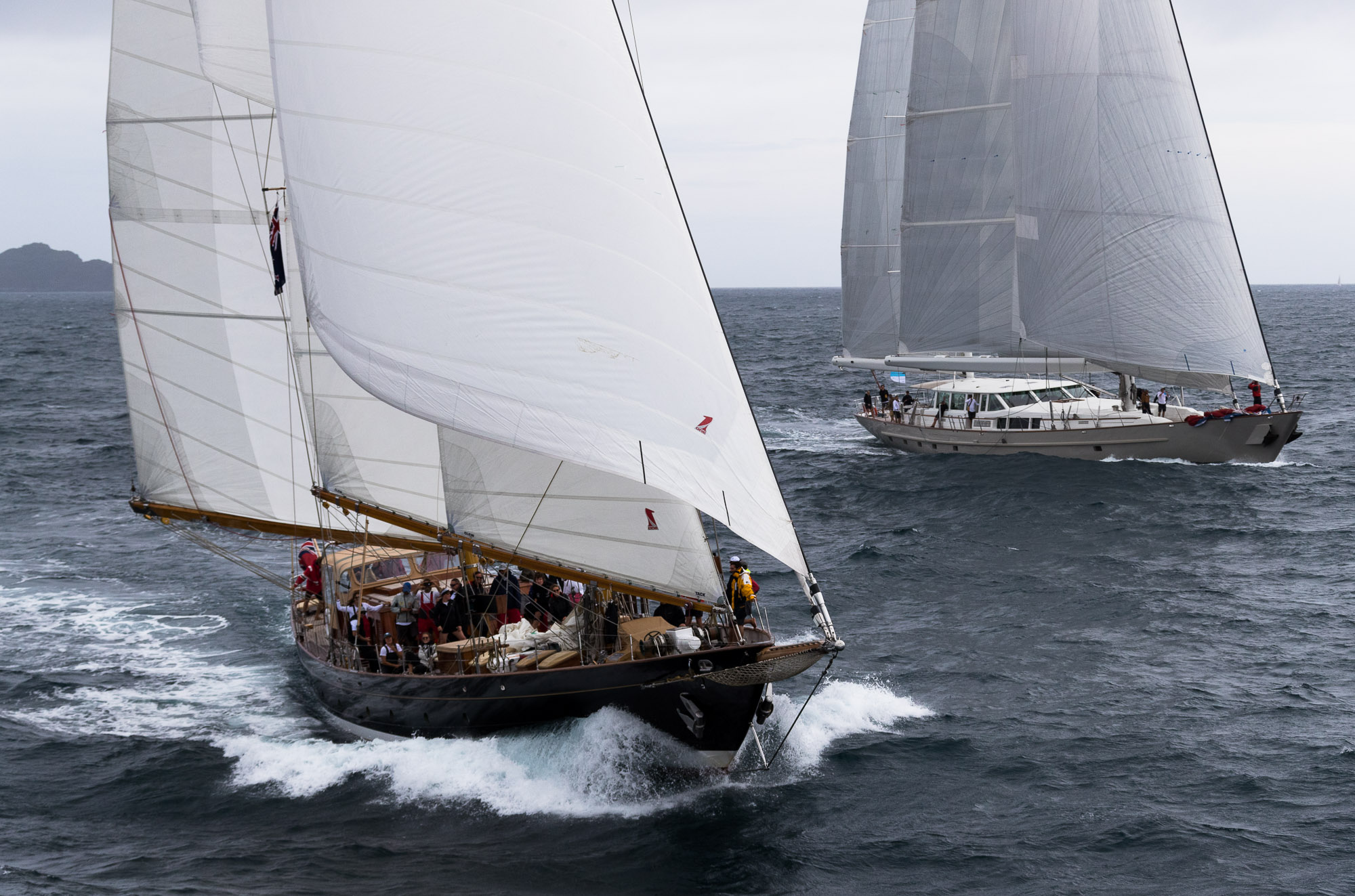 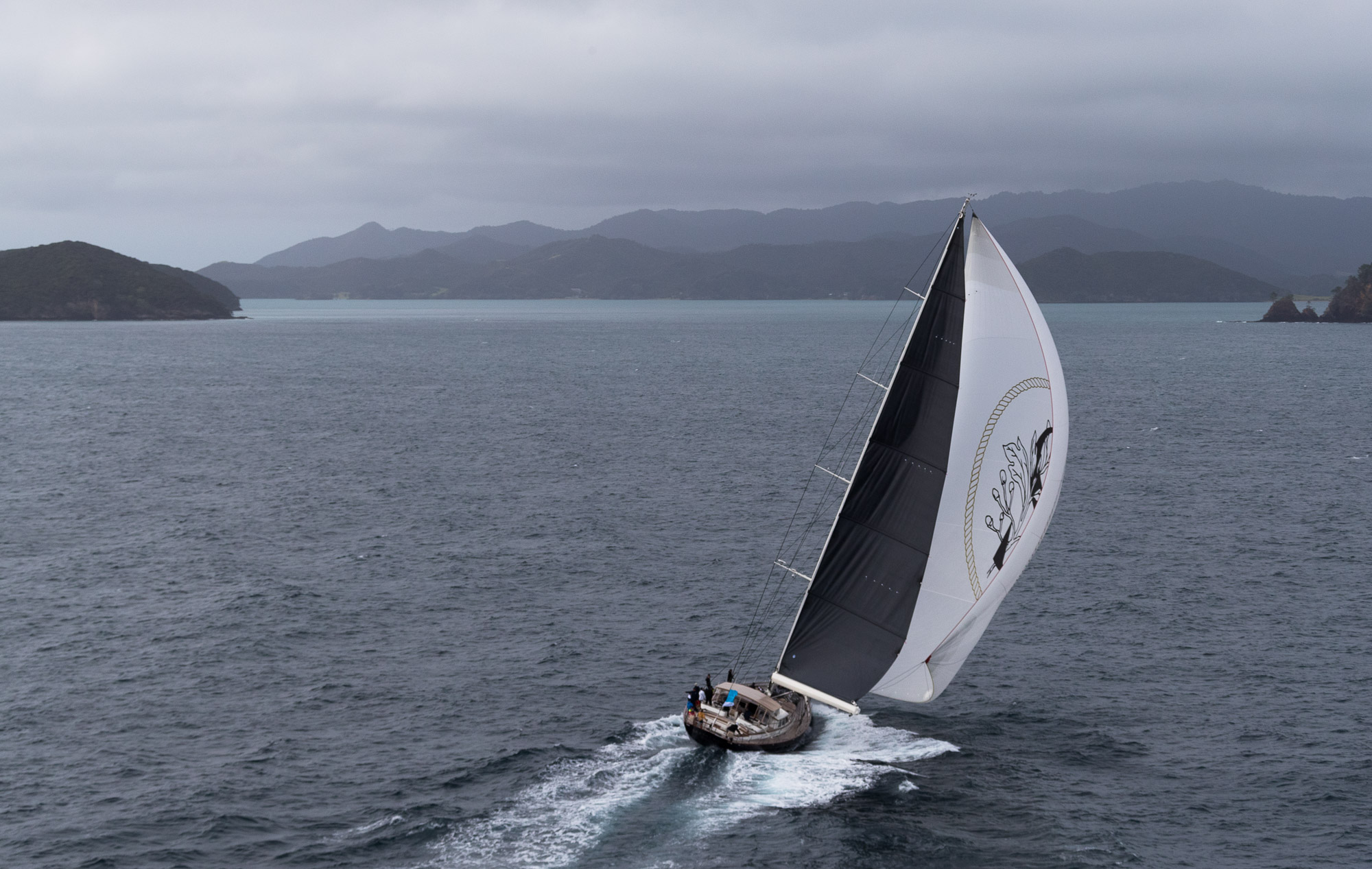 Each year, yacht crews will swap their sails for oars, jump into skiffs and hammer it out for the prize of a 20-litre barrel of Mount Gay Rum.

This year’s race embraced the chaos and joviality of previous renditions, beginning with Catalina’s team starting strong in the first heat until an in-boat tumble proved to be disastrous.

Aschanti IV managed to overcome a questionable technique and be the first to beach before forget the key requirement for victory: running towards the finishing barrel.

But despite losing an oar, and subsequently a likely lead, it was the Tawera side, Go Hard who powered ahead to take out the competition.

Today is the last day of the 15th New Zealand Millennium Cup, the inaugural competition beginning alongside the 2000 America’s Cup. The Notice of Race, amended sailing instructions and live updates can be found here.