Economic conditions in the USA under the Trump regime are proving positive for the boating industry with strong enquiry at the recent Miami International Boat Show, according to Australia's iconic luxury cruiser manufacturer, Maritimo.

Maritimo sent a team of executives to the recent Miami show and its four-boat display attracted strong interest with several sales under negotiation.

Maritimo’s International Sales and Marketing Manager, Greg Haines, said the overall atmosphere and feel at the show was very positive and he expected this to continue to flow through at the Palm Beach International Boat Show starting on 22 March.

“Numbers were up in Miami, but more importantly the people who were there were strong prospects and deals will definitely come from the show,” he said.

“Our S51 and M51 models were a hit with the Miami attendees and our USA based dealer partner, Galati Yacht Sales, is currently finalising negotiations with several expected purchasers.”

Haines said on the business front the Trump initiated tax cuts were having a positive impact and ‘people were spending’.

Maritimo will have three boats on display at Palm Beach, the M and S51’s and an M54. The Palm Beach International Boat Show is in its 32nd year and will see more than $1.2 billion dollars worth of vessels ranging from eight feet to more than 150 feet displayed. It is one of the three largest on water boat shows in the world. 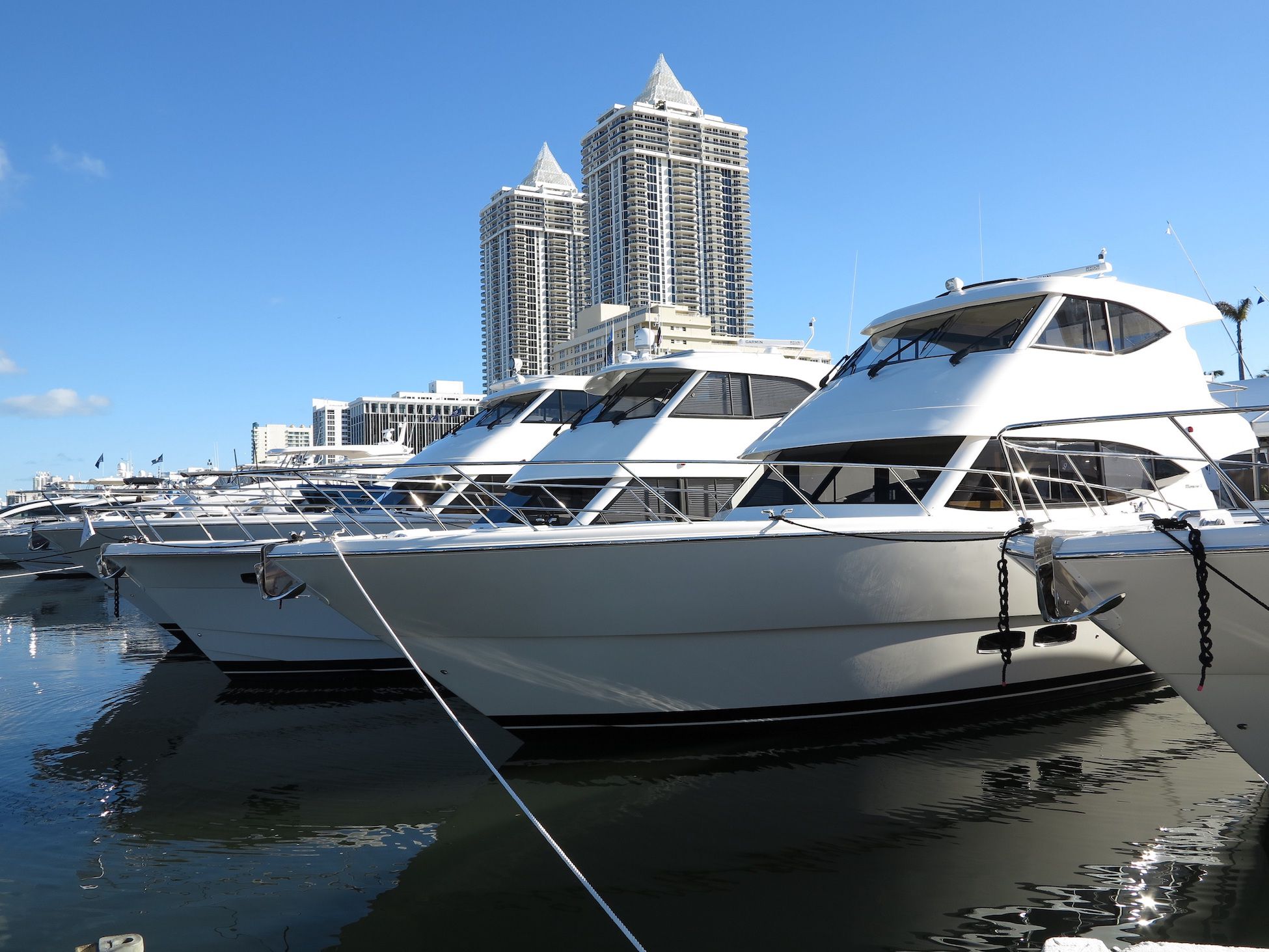 Maritimo on display at the Miami International Boat Show.

“We have struck on a winner with the M and S51 models as they are appealing to the boarder overall market being not too big and not too small so easy for a boating couple of own and operate,” he said.

“The full beam master suites add the wow factor and then the day to day maintenance and operational benefits of low angle shaft drives with diesel power and walk around decks complete the package.

“We were also getting very positive feedback on the standard of our fit outs and finishes and the overall build quality.

Being Australian and having a reputation for taming tough cruising conditions adds to Maritimo’s appeal with Americans.”

Maritimo has recently expanded its Gold Coast based manufacturing plant to cater for increased production and expects a large portion of its overall annual build to be exported to the USA.

Haines said the next big litmus test for the health of the Australian market would be the Sanctuary Cove International Boat Show in May.