New South Wales is home to an abundance of wildlife, you just need to know where to look.

Australia’s wild animals are as unforgettable as the land they call home. Find these incredible creatures in their natural habitat across New South Wales.

Kangaroos by the sea

You’ll find kangaroos in wild spaces all across NSW, including grazing right on the coast. To maximise your macropod sightings, head to Coffs Harbour on the Mid North Coast. Here, at the Look At Me Now Headland in the Moonee Beach Nature Reserve, a large mob of eastern grey kangaroos are regularly found enjoying the view over the beach and beyond. Keep an eye out for them on the 1.6-kilometre loop trail, and remember to admire them from a distance as these wild animals like their space.

Koalas can be found in eucalyptus forests around NSW. For a wildlife adventure in the scenic Riverina region in the state’s southwest, visit Narrandera Koala Reserve, part of the Murrumbidgee Valley National Park, around an hour’s drive from the regional town of Griffith. Koalas were reintroduced into the area in 1972 and today it’s believed to be home to at least 200 of the marsupials. Pack a picnic and keep an eye out for them in the stately river red gums on the banks of the mighty Murrumbidgee River. 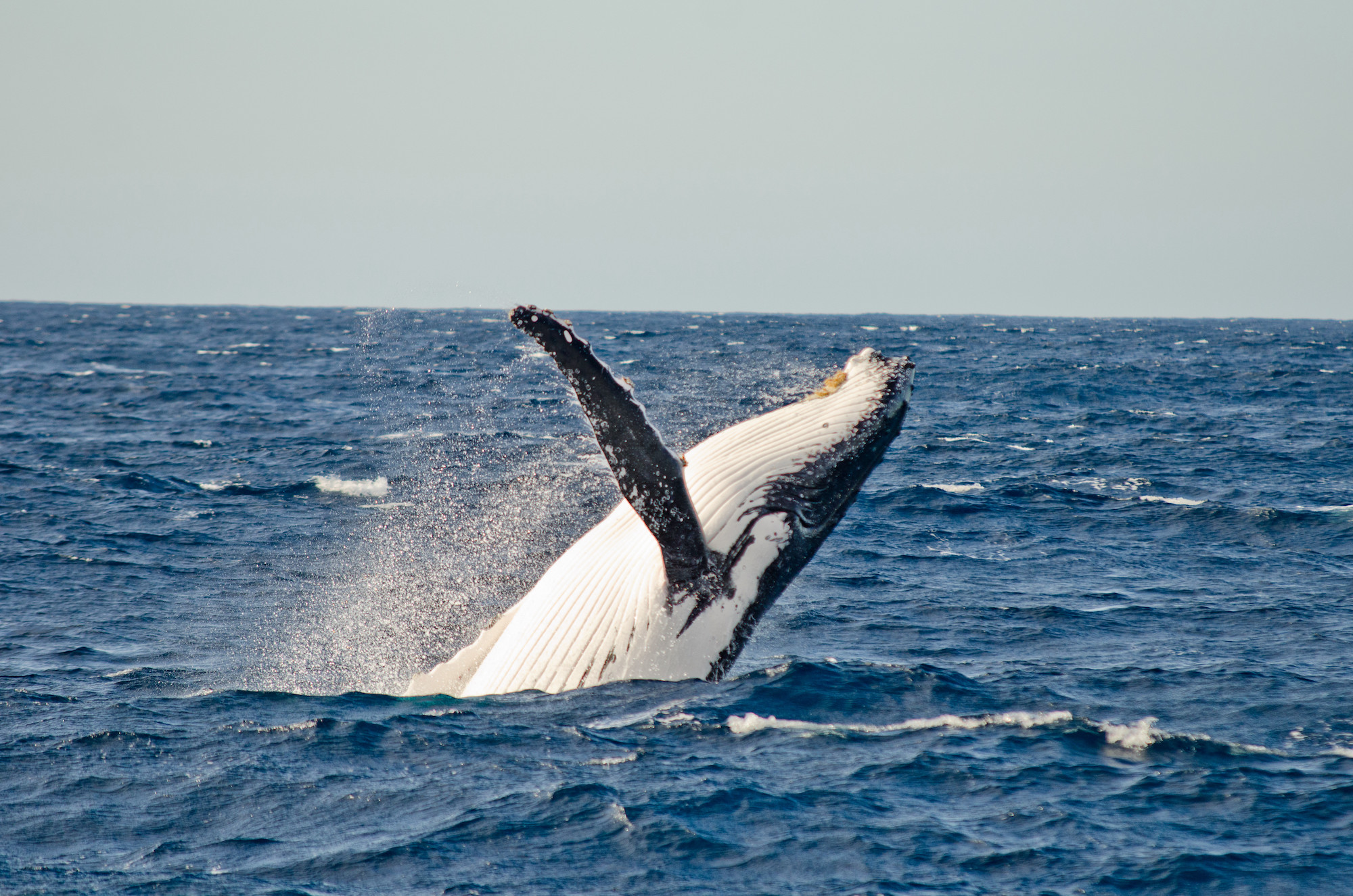 A whale breaches out of the water off Sydney. (Supplied: Destination NSW.) 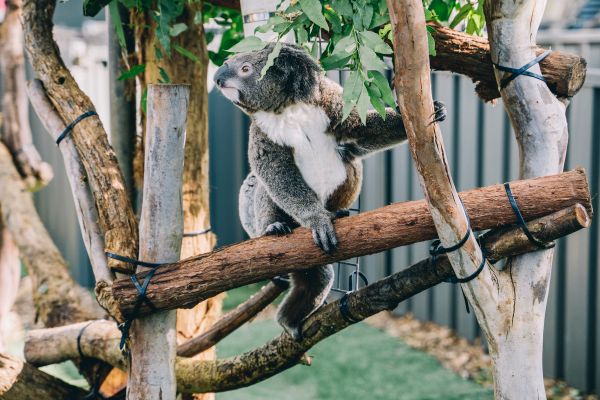 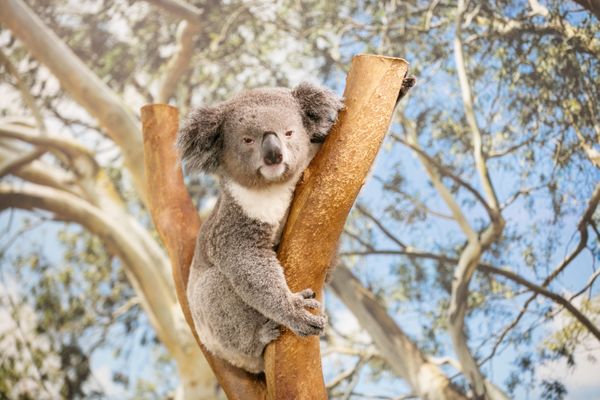 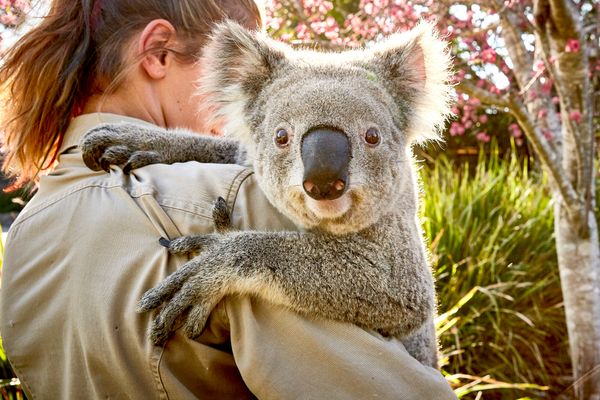 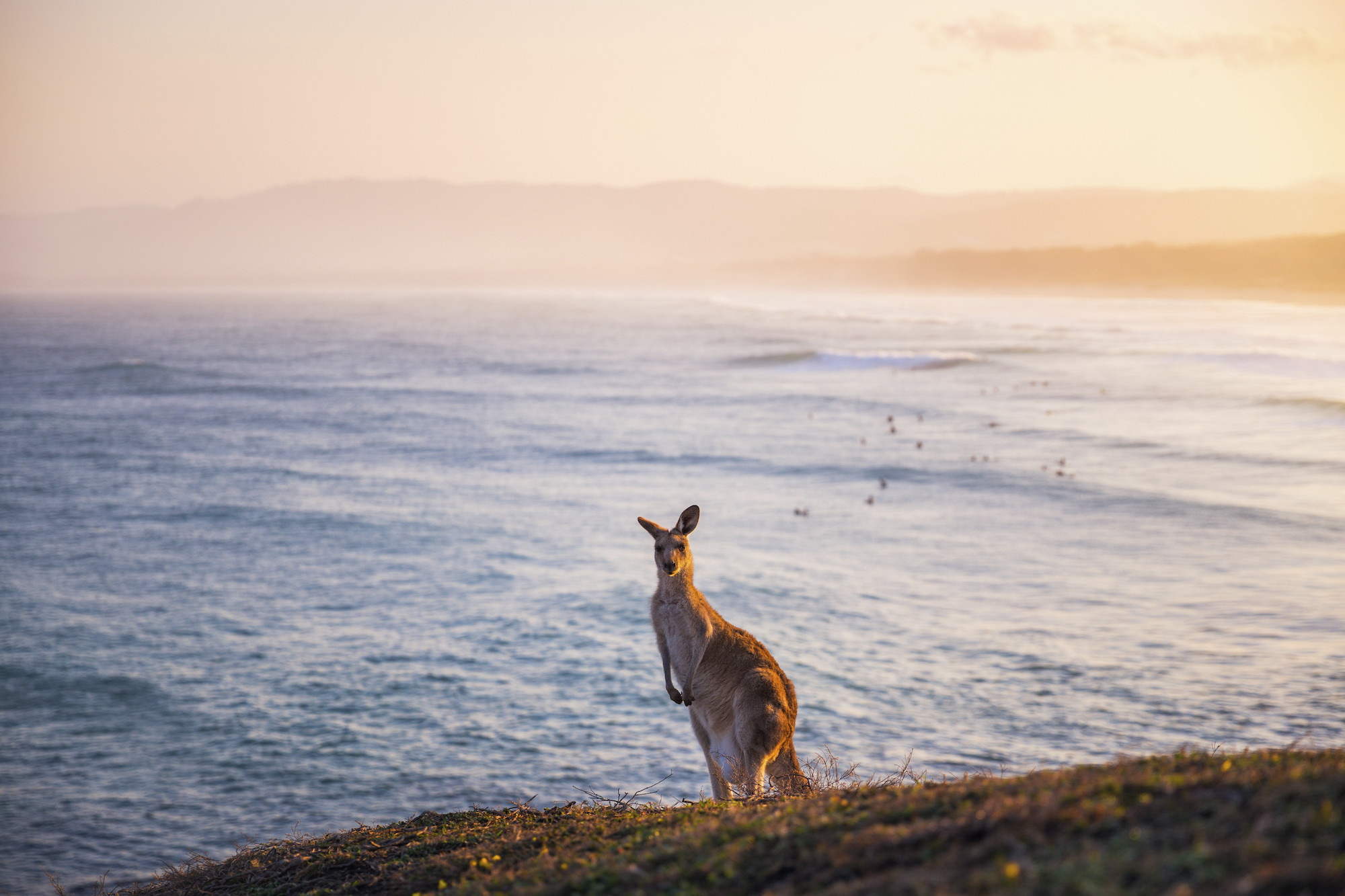 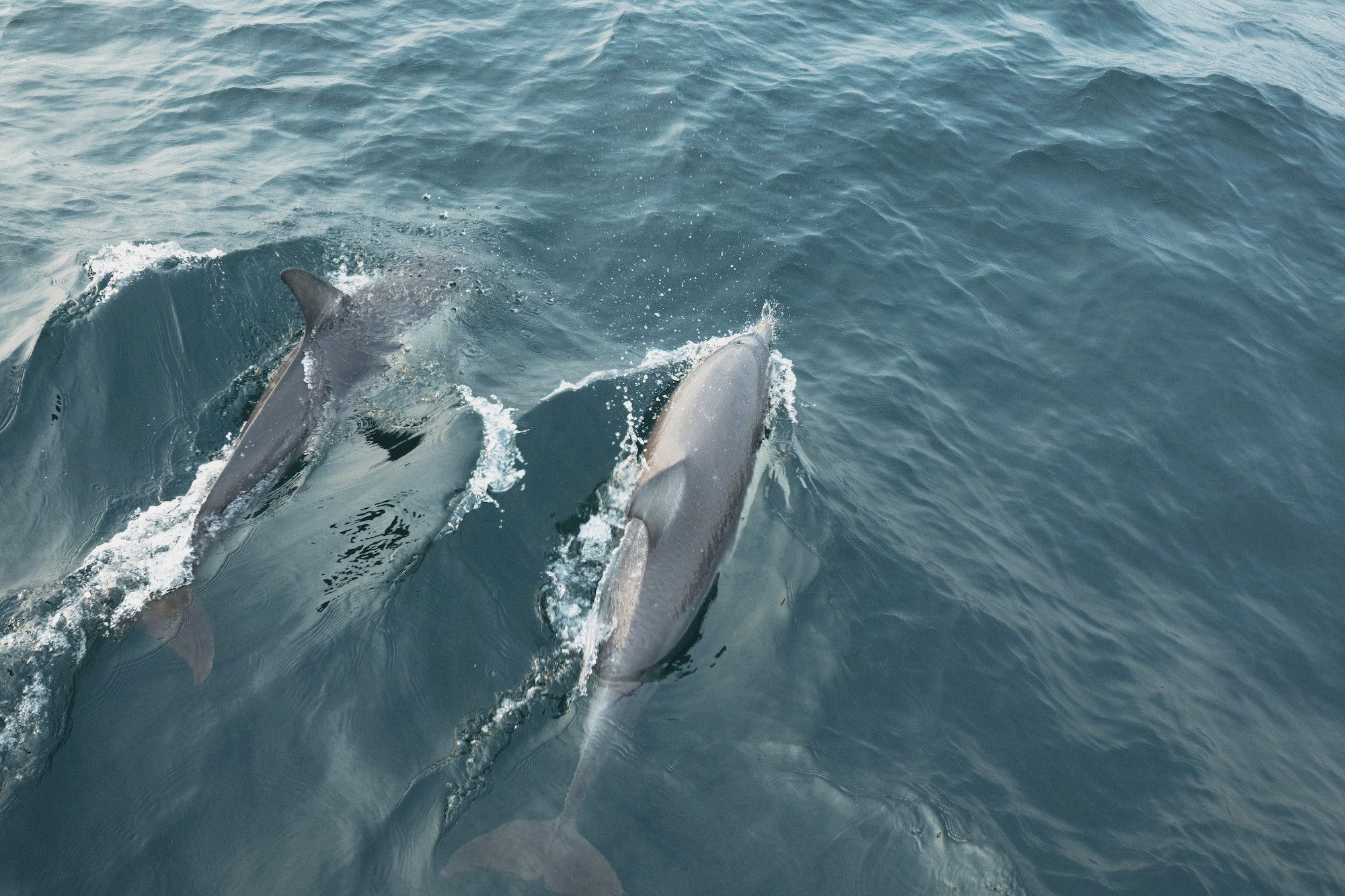 At Dolphin Swim Australia in Port Stephens, just an hour’s drive north of Newcastle or three hours from Sydney, you’ll come fin to fin with wild common dolphins as a customised catamaran tows you through the ocean among these inquisitive animals. Prefer to stay dry? Try a cruise with Imagine Cruises to see the area’s resident pod of bottlenose dolphins — there are around 100 to meet, and many of them are so friendly the locals know them by name.

Each year from May to November, 35,000 humpback whales migrate between Antarctica and their breeding grounds in the north. Their route on the Humpback Highway brings them close to the Sydney coast — and the best way to see them is from a boat. For a family-friendly cruise on a comfortable catamaran, take a trip with Go Whale Watching. Fancy an adrenaline rush on a zippy speedboat? Book with Ocean Extreme. And have your camera ready — these playful giants often approach vessels to say hello.

You don’t need to leave mainland Australia to see a free-roaming Tasmanian devil — just drive two hours northeast of Sydney to Scone in the Upper Hunter region and experience Aussie Ark’s Devils in the Wild tour. The team behind this conservation initiative is breeding a wild population of the endangered carnivores to ensure they survive for generations. Throughout your 2.5-hour tour, you’ll see them living wild and, if you visit in the breeding season, you can get up close with joeys.

Just 9 kilometres off Narooma in the South Coast’s Eurobodalla region, Montague Island Nature Reserve is a revered wildlife destination with little penguins, a huge colony of Australian fur seals and 90 types of bird to get close to. Book a seal snorkel with Narooma Charters and you’ll see why these friendly pinnipeds are called the puppies of the sea, or choose a sunset tour with Montague Island Discovery Tours and see the penguins waddle back to their nests after a day of fishing.

Although there’s platypus habitat in several regions in NSW, these shy little icons are tricky to find. Boost your chances by visiting Bombala, about an hour’s drive from Cooma in the Snowy Mountains. It’s known as Platypus Country because a large number of these mysterious monotremes live here. Just 4.5 kilometres out of town you’ll find the Bombala Platypus Reserve, where a viewing platform over the river makes spotting them easier. At the other end of the state, try a guided Platypus Walk with Vision Walks Eco-Tours near Byron Bay, on the far North Coast.