Tom Slingsby delivered a masterclass against Great Britain driver Ben Ainsle, known as the sailing GOAT (greatest of all time) and most successful sailor in Olympic history, and Phil Robertson’s Canada Team, to win the Bermuda Sail Grand Prix.

The Australian’s were able to dominate early in the final race against Ainslie’s British side and Robertson’s Canada side, with the team crossing the start line first and meeting mark one at ripping speeds of over 70 km/h.

Tom Slingsby said, “Everyone asks what the secret is. All I can say is that as a team we thrive on confidence and when we are confident we are very hard to beat.

“Winning that last fleet race before the final race put us in high confidence. We all looked at each other and said we are going to smoke this, and that’s what happened.”

The victory was even sweeter for Slingsby and the team, given how they lost to Ainslie in the final race at the Season 2 SailGP event in Bermuda.

Speaking of how the Australian’s kept the lead on Great Britain, Tom Slingsby said, “We did a suffocation tactic on Ben’s side when they took over Canada, which is where we get in front of them and don’t let them breath, which allowed us to keep our lead. 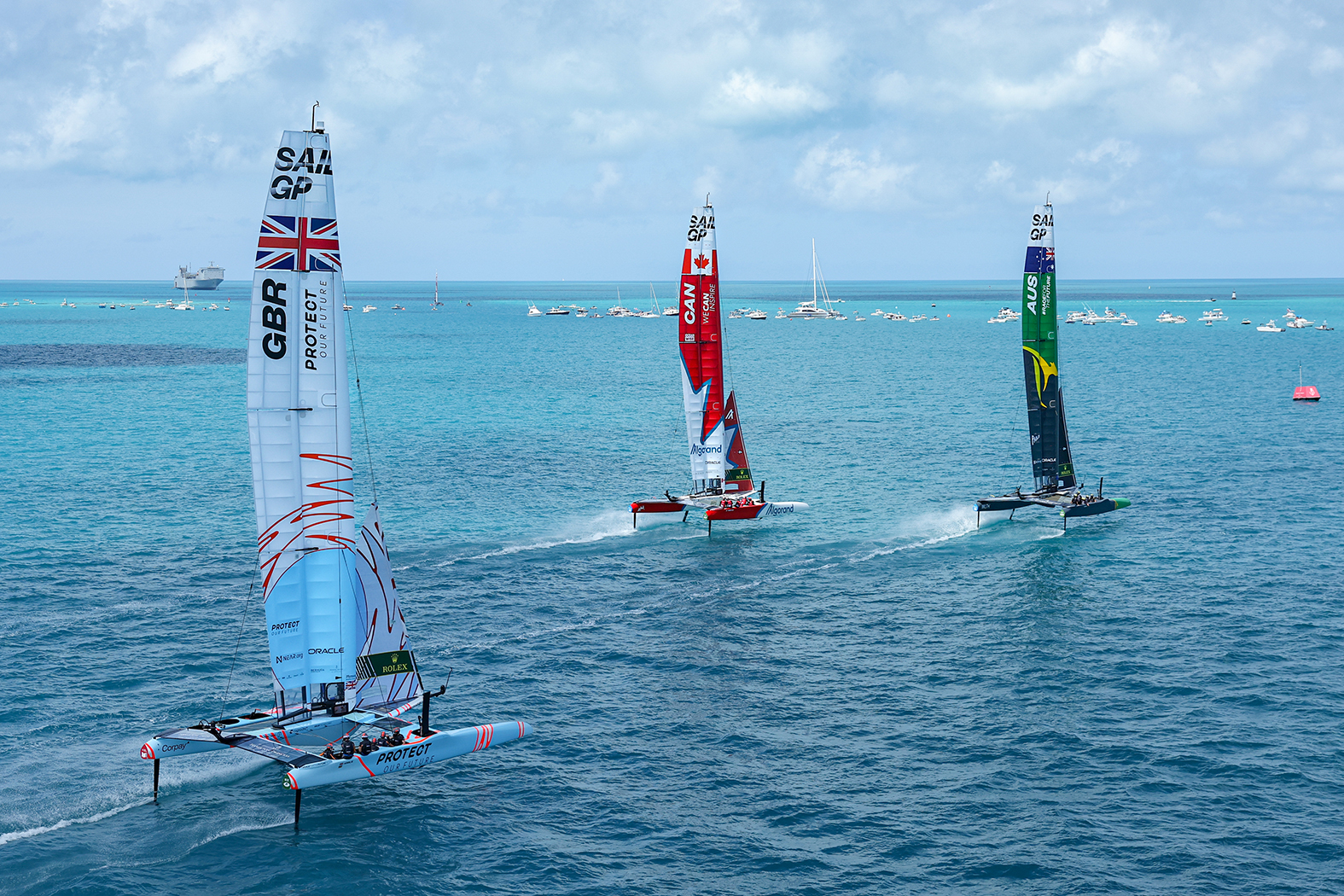 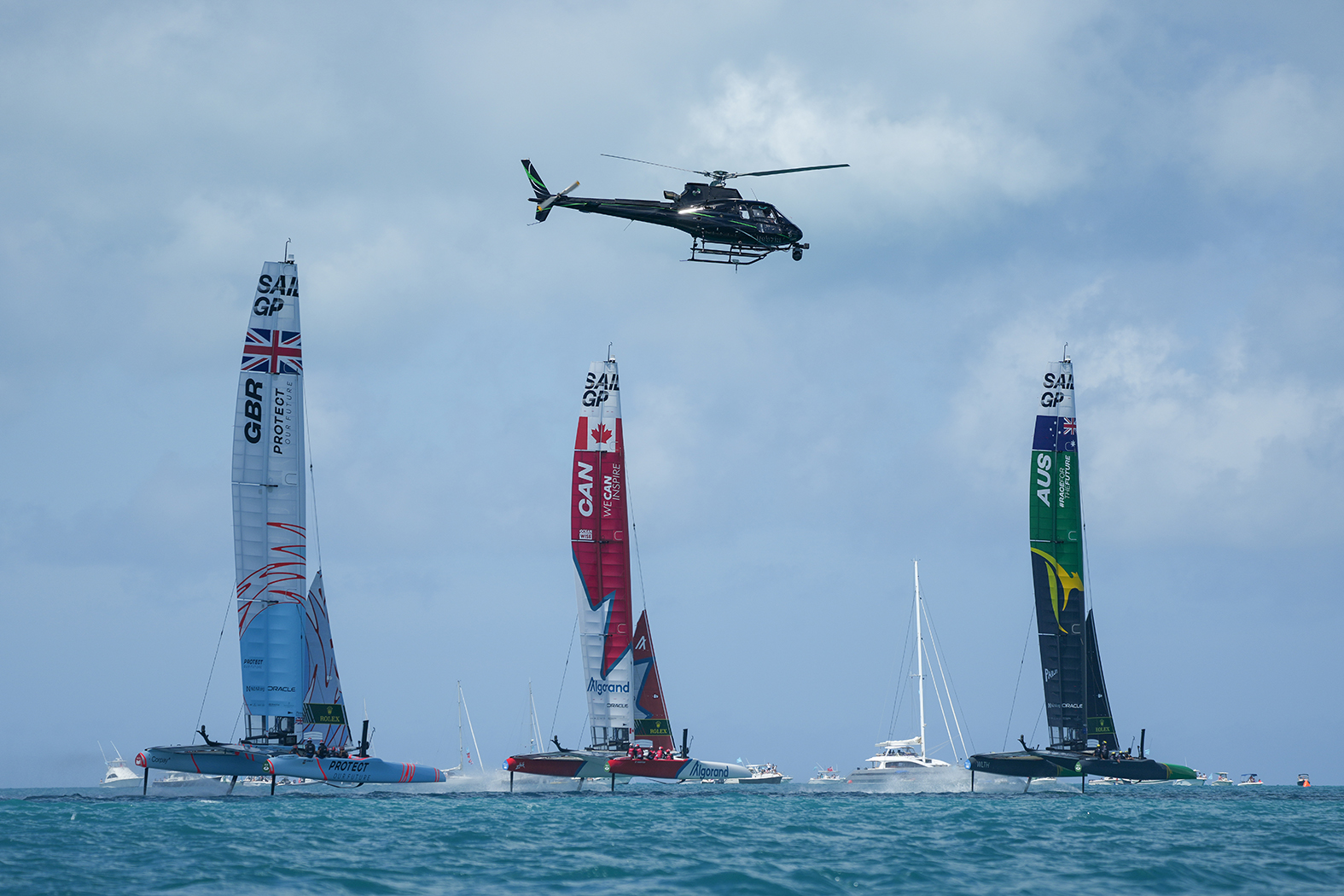 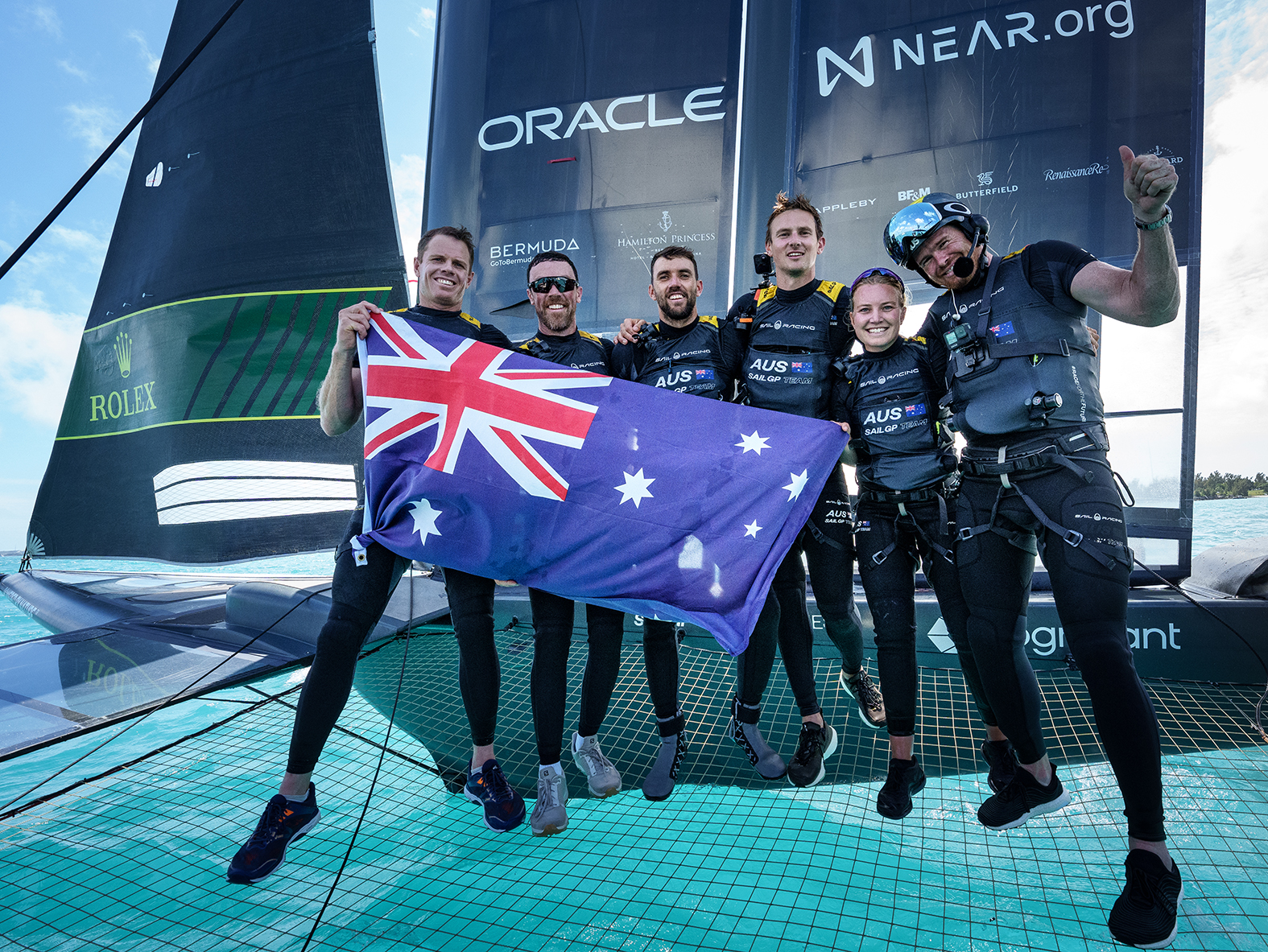 “You know you are competing against the very best when you go against Ben Anslie, and I still regard him as the greatest sailor of all time,” he continued. “We have been able to get one up on him here, but we know he is going to come back strong.”

The race also marked Natasha Bryant’s first event win with the Australian team, after joining the crew for Season 3 of SailGP, through the league’s Women’s Pathway Program.

The program aims to fast-track the training and development of female athletes with the goal of creating an inclusive sporting championship that has gender equity.

Tom Slingsby said, “Tash’s calls and tactics on board were great. She was telling us which side of the course was favoured and if Canada and Great Britain were gaining on one side or the other. Honestly a flawless performance by Tash this week.”

The win sees the Australians at the top of the Season 3 leaderboard ahead of the next event in SaiGP Season 3, Chicago Sail Grand Prix, taking place on the 18-19 of June.

Points will be collated across each SailGP event, including Bermuda, Chicago (USA), Plymouth (UK), Copenhagen (Denmark), St Tropez (France), Cadiz (Spain), Dubai, Singapore, Christchurch (NZL) and San Francisco, where the champion will be crowned and win the $1m championship prize.

The Australian Team’s results also converted into driving real impact to help protect the ocean, through its innovative partnership with WLTH.

Based on WLTH’s commitment, Australia’s performance at the Australia Sail Grand Prix in Sydney equated to 2,600-square-metres of beach and coastline to be cleaned up by Parley for the Oceans – a phenomenal contribution.