Four months after the venue announcement, the AC37 Base Allocation in Barcelona, Spain, is well under way.

Like a jewel in the sun was how Montserrat Caballé and Freddy Mercury described Barcelona in their famous song about the Catalan capital, and the city is indeed starting to shine as preparations are well under way to welcome the teams to their new bases.

Base allocation is coming together, just four months after the venue announcement, with the confirmed sites now ready for selection in strict order of entry as set out in the Protocol.

It has been a huge undertaking in a spirit of collaboration between the Port de Barcelona and AC37 Events Limited (ACE) to both identify the satisfactory required spaces for all of the entered teams and communicate requirements effectively. The Port Authority has been working closely with key personnel from ACE since the moment of the venue confirmation and have provided a far more comprehensive and detailed plan than ever seen before at this stage of an America’s Cup cycle.

Grant Dalton, CEO of Emirates Team New Zealand, has been impressed with how the process has been conducted. 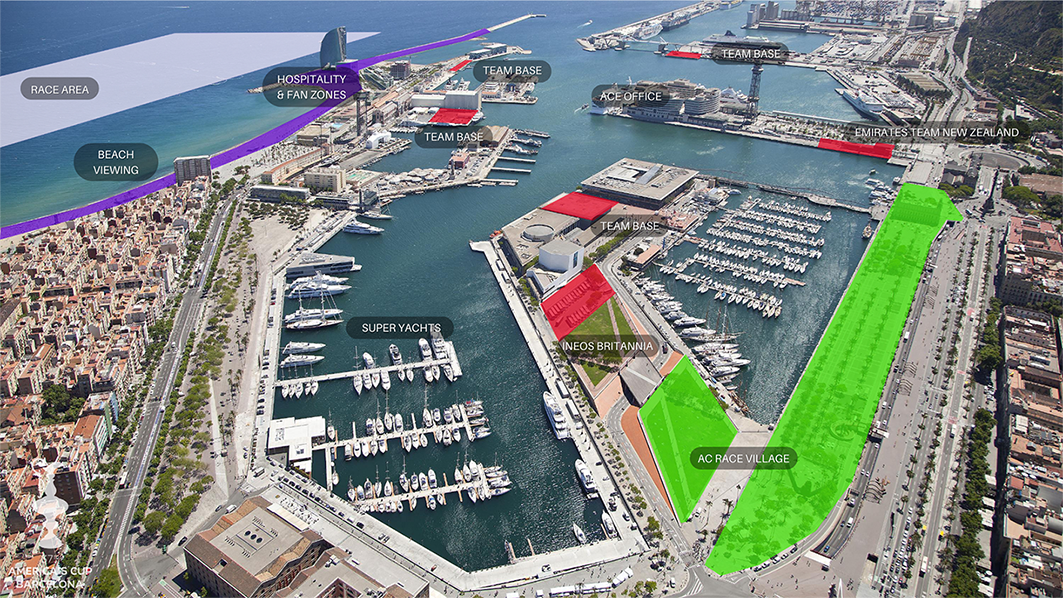 The Port Authority has been working closely with ACE and have provided a detailed plan. 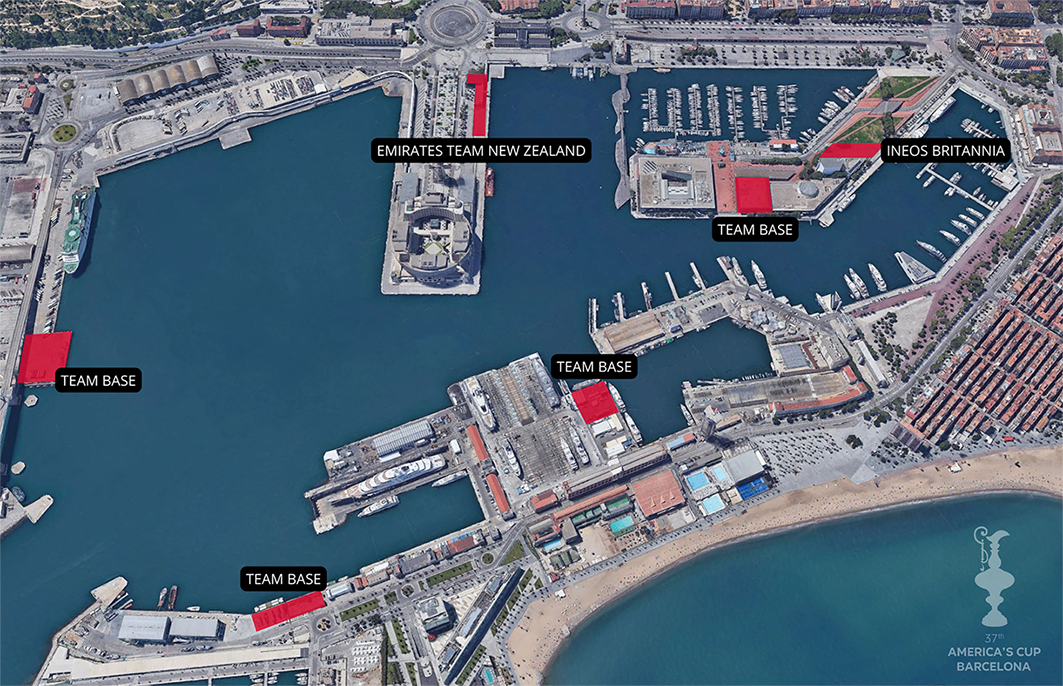 Emirates Team New Zealand, as holder of the America’s Cup has the honour of picking their base area first.

“I cannot speak highly enough of the work and commitment that has gone into getting us to this point with the Port de Barcelona,” said Dalton.

“All of the bases are located in the Barcelona Port Vell area along with the dedicated America’s Cup race village, hospitality and fan zone areas, which will create an amazing atmosphere in the lead up to and during the event in 2024.”

Emirates Team New Zealand, as holder of the America’s Cup, has the honour of picking their base area first and has selected the World Trade Centre site at the western end of the official America’s Cup race village.

Speaking about the selection, Kevin Shoebridge, Chief Operating Officer of Emirates Team New Zealand commented, “It’s very nice to have first option but, to be perfectly honest, any of the base sites would have worked perfectly for us.

“The Port Authority has been first-class in helping us get to this point in such a tight timescale and their commitment to the America’s Cup is unparalleled.”

Work will now begin on all the sites to the teams’ specifications once the allocation has been confirmed.

Dalton went on to say, “All the teams are ready to action planning as soon as their respective bases are allocated, and we have fully engaged local authorities and stakeholders standing by to support the event and its infrastructure build.”

INEOS Team Britannia, as Challenger of Record, has selected the IMAX base, right next to the Real Club Nàutico de Barcelona, one of the most prestigious yacht clubs in the world, and set close by to the eastern end of the America’s Cup village for maximum fan exposure and engagement.

According to the Protocol for the 37th America’s Cup, the final allocation of bases to the teams is conducted in accordance with the priority specified in Article 51.2 of the Protocol – Defender first, then Challenger of Record, followed by the remaining Challengers in the order that their challenges were accepted.

America’s Cup Event (ACE) is now in consultation with Alinghi Red Bull Racing, Luna Rossa Prada Pirelli and American Magic in that strict order according to the Protocol conditions. 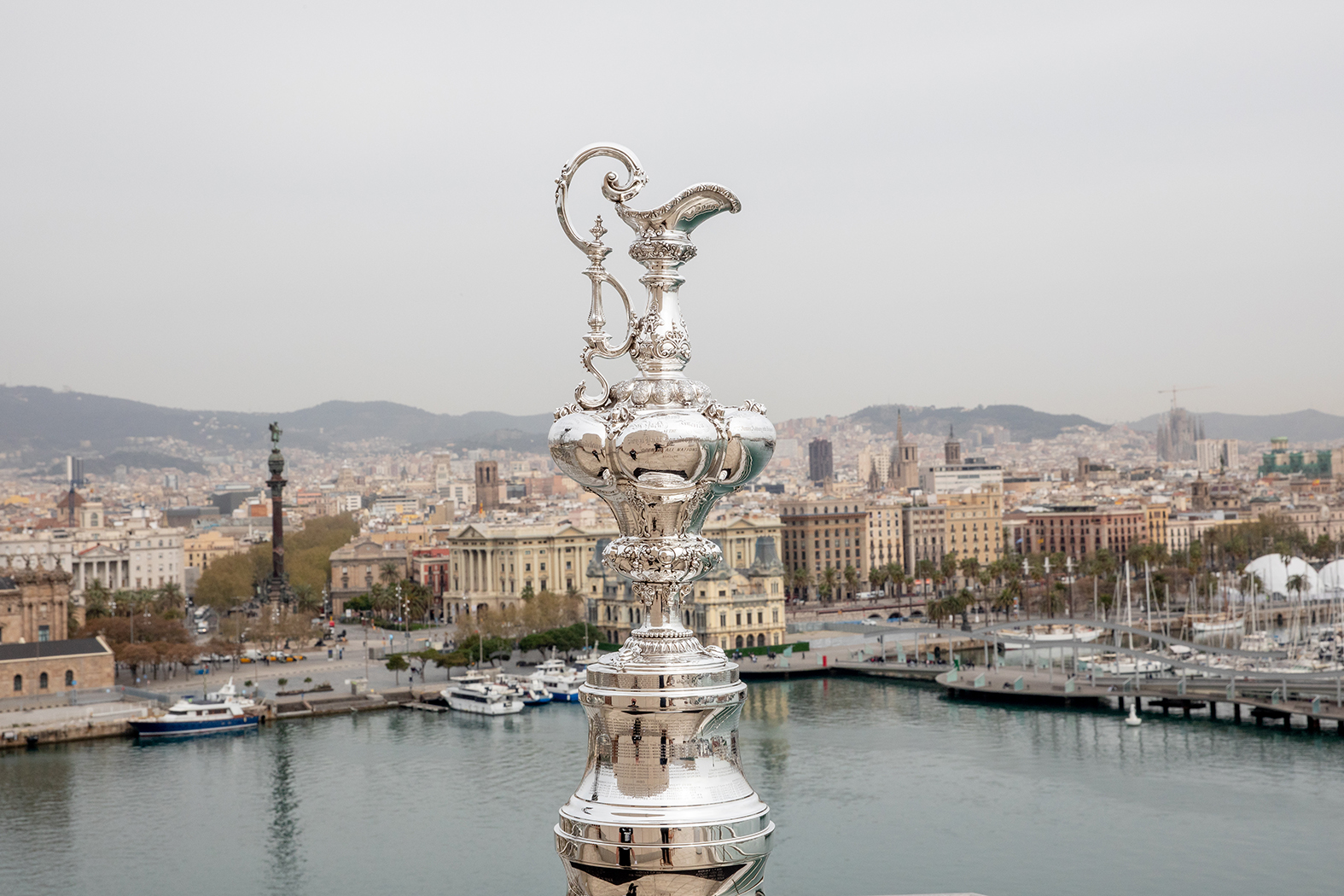 AC37: The Trophy in Barcelona SPAIN

Once the allocation is confirmed, the Port Authority will continue preparations, conversions and groundworks ahead of the teams assuming their plots around the port area progressively between October 2022 and April 2023.

All of the bases are located within the Port Vell area and surrounded by the America’s Cup village, where tens of thousands of spectators can be accommodated on a daily basis.

The atmosphere promises to be electric, achieving the stated objective of the event in reaching the widest possible audience.

The America’s Cup will be welcoming the world to Barcelona in 2024 and the course area, just outside the port entrance breakwaters, is set in front of significant fan zones, beach viewing platforms and a hospitality area to provide the perfect vista to enjoy high-performance yacht racing at the pinnacle event of sailing’s calendar.

In the city, America’s Cup shops selling apparel together with a range of fan engagement experiences will be located at the bottom of the city’s famous La Rambla boulevard that runs through the heart of the city centre and the event race village to be located along El Moll de la Fusta will be a must-visit attraction for all visitors to Barcelona.

The jewel in the sun is about to be the host for the jewel in world yachting as the 37th America’s Cup comes to Barcelona in 2024.