A Tesla for the water

American yacht company Hinckley Co. has unveiled a sleek all-electric luxury tender that looks set to be the next tender toy for calm-water pleasure seekers.

The Dasher is 8.7 metres long and weighs in at under 3 tonnes, making it the lightest Hinckley yacht yet. Its design by Michael Peters took home two awards recently at the Newport Boat Show in September: the Best Powerboat Under 35’ and the Best Green Yacht in show.

“This isn’t just an existing design, where we dropped a couple of electric motors in,” says Scott Bryant, Hinckley’s director of new product development. “The boat has been designed, ground up, for electric propulsion.”

The Dasher is the world’s first fully-electric yacht, according to the company. It has a Silent Whisper Drive propulsion system for quiet manoeuvring and zero emissions. Twin 80hp Deep Blue Electric Motors from German company Torqeedo are powered by two 40-kilowatt-hour BMW i3 Waterproof Lithium Ion Batteries. They charge in under four hours – twice as fast as plug-in electric cars – via dual 50 Amp Dock Charging ports already ubiquitous in marinas. The batteries have prismatic cell design for efficient cooling and temperature distribution, compact size and shock resistance. 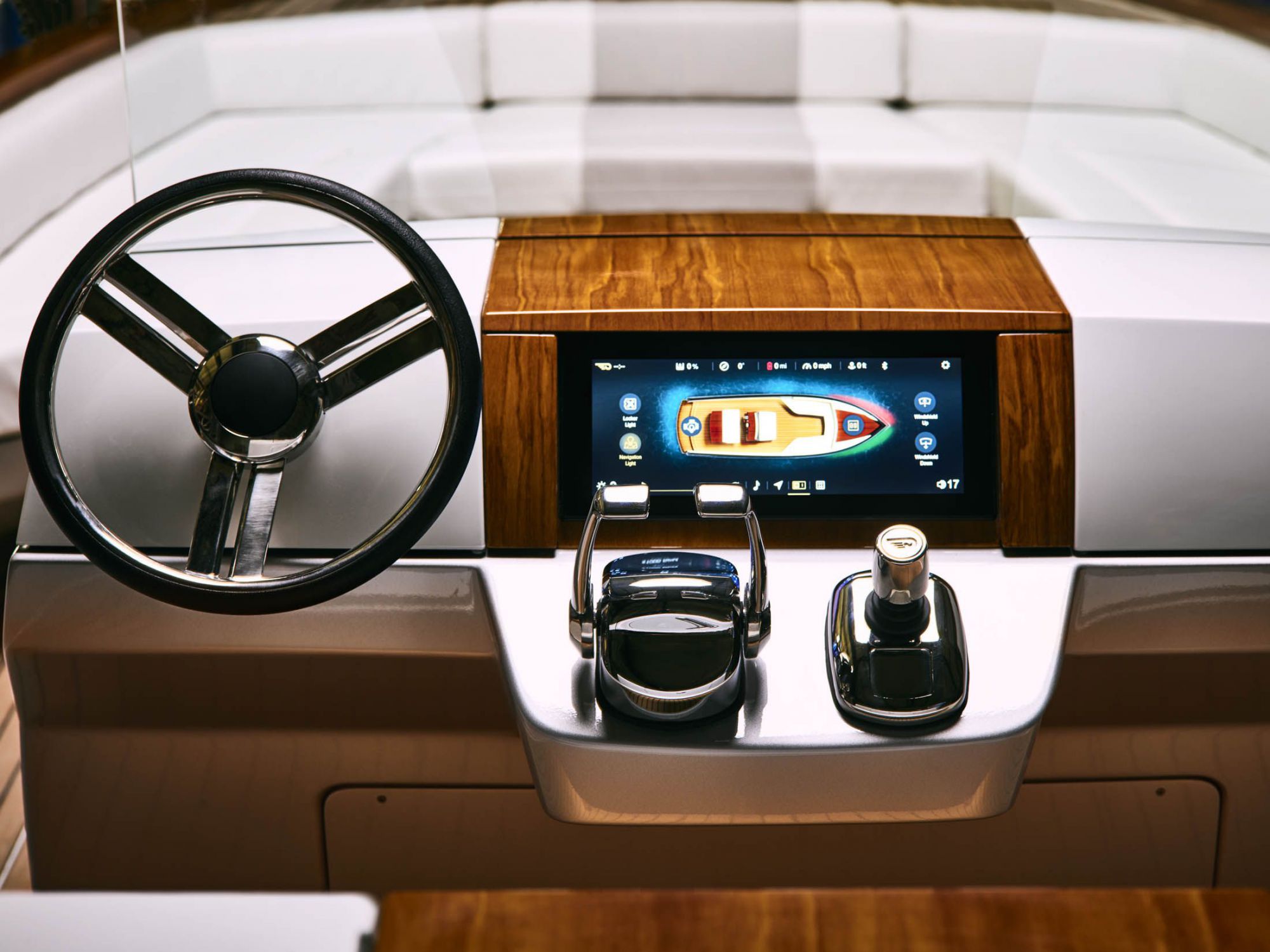 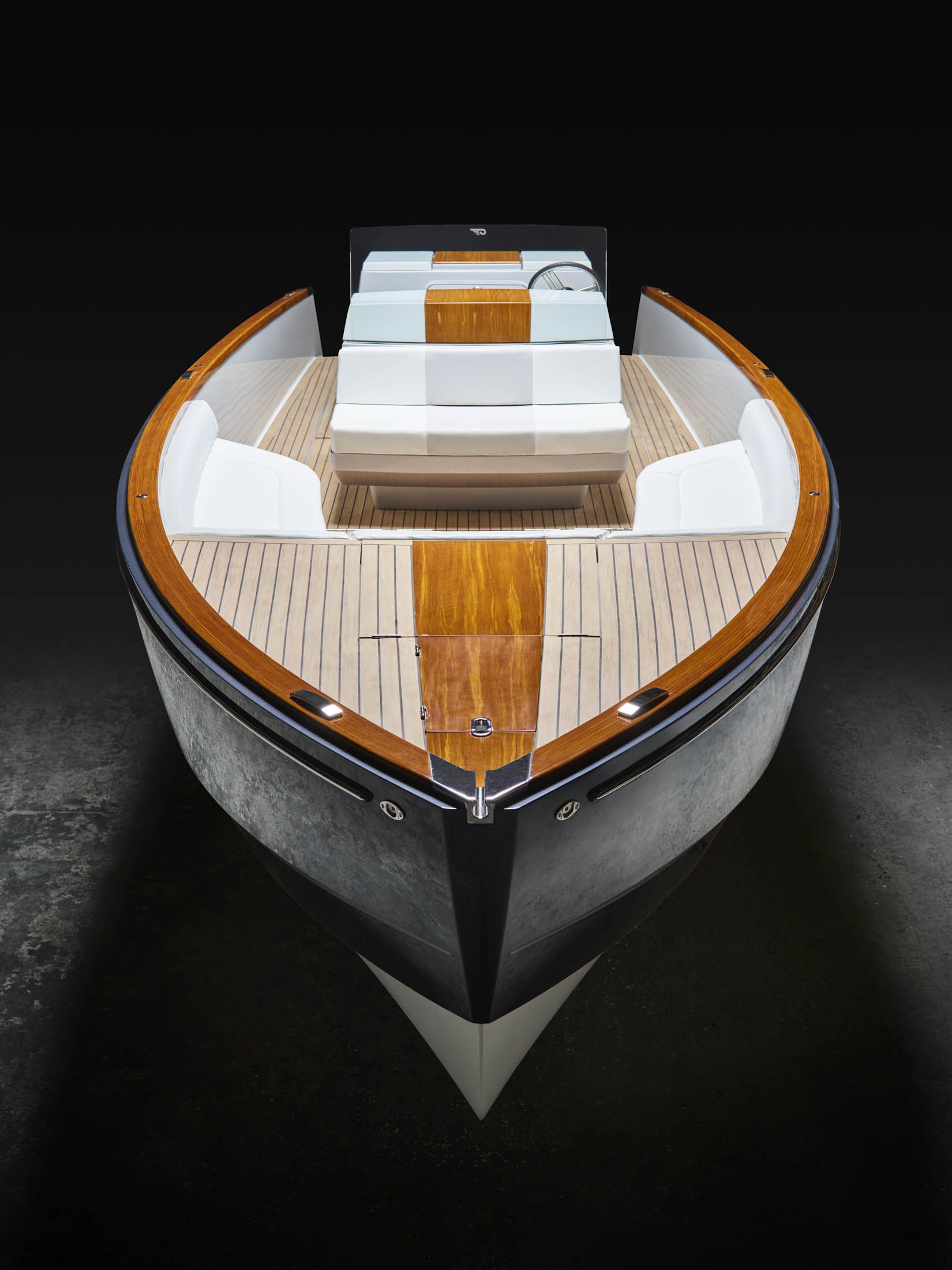 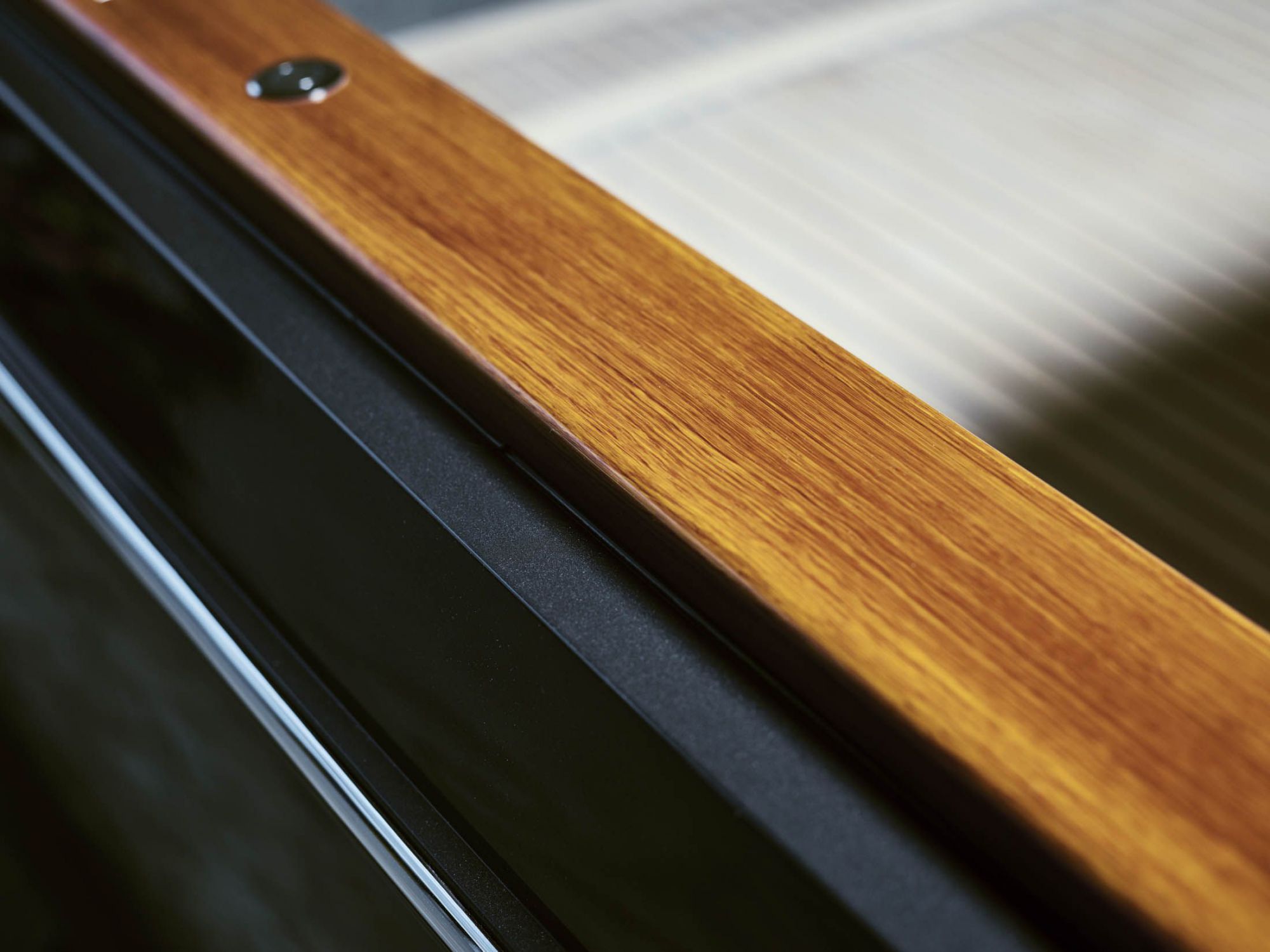 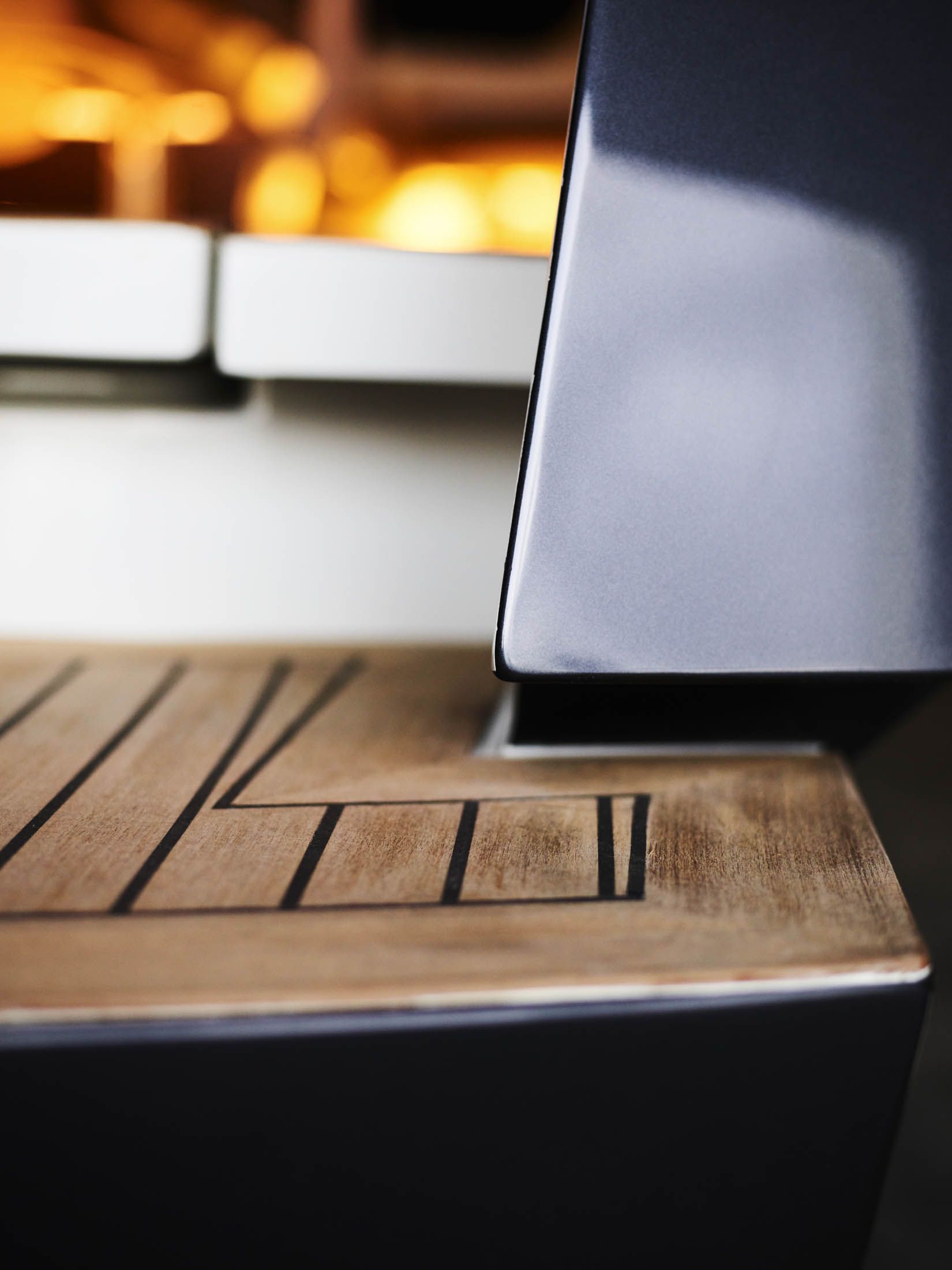 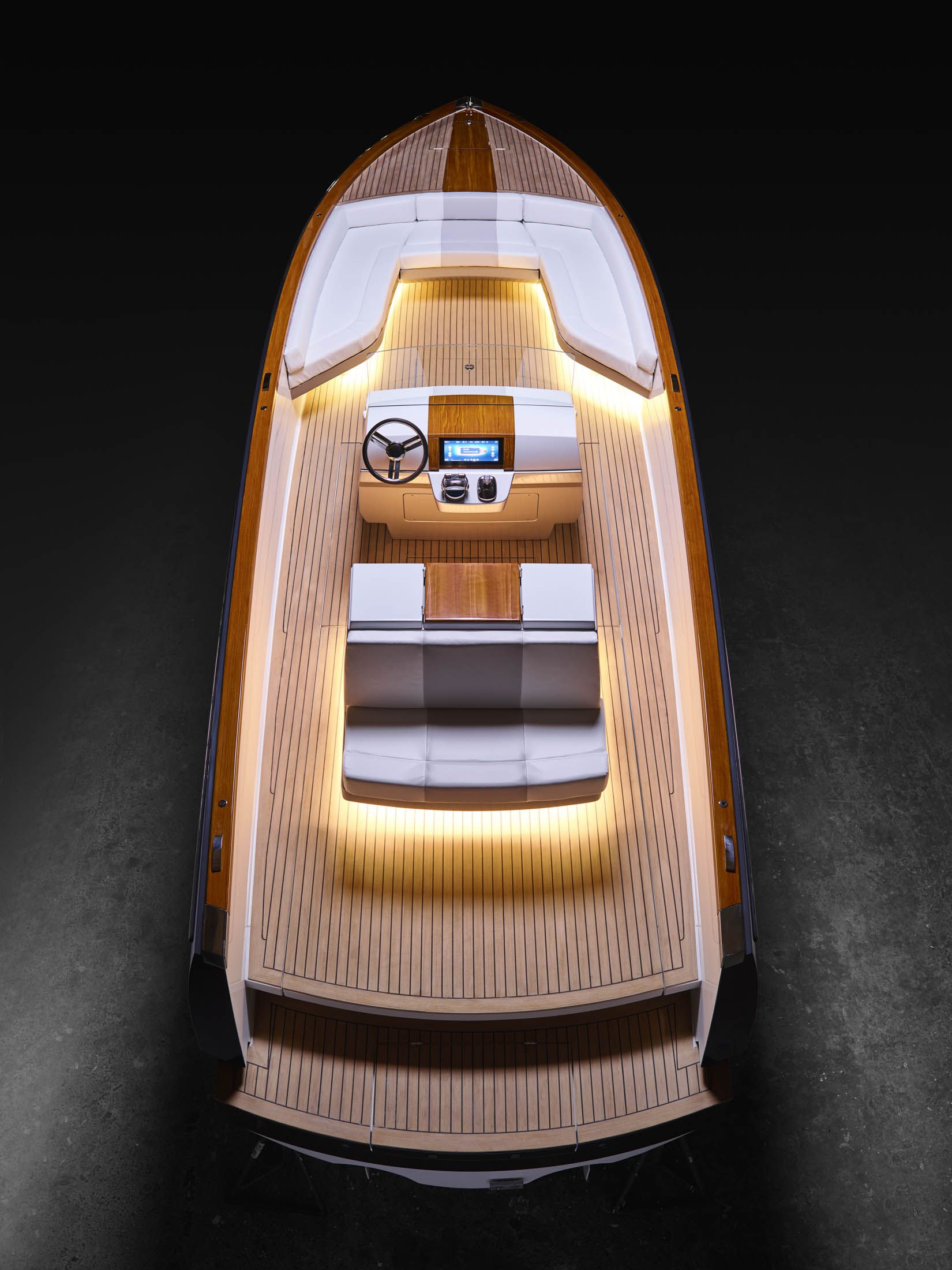 The vessel’s light weight has been achieved by liberal use of carbon fibre, both in the hand-painted carbon-epoxy composite hull, and in the carbon fibre stringers. 3D printing has been used for titanium hardware and console detailing.

A key feature is the single touchscreen console which will include a GPS display of the boat’s location, surrounded by a circle that grows or shrinks in size, indicating your remaining range at any given time, depending on how fast you’re going and how far you’ve gone.

The Dasher will be “all about having a ‘point A to point A’ experience, which is very different from cars, where most people don’t go out just to go driving,” Bryant says. “It’s comparable to going out for a ride on your motorcycle.”

Hinckley Co. has been operating in Portsmouth, Rhode Island, for nearly 90 years.

The first deliveries are scheduled for mid 2018.