Long before the Internet or cable television or even before a man walked on the moon, there was the Fort Lauderdale (International) Boat Show (FLIBS).

Originally founded in 1959 by local manufacturers and dealers looking for a way to sell boats, and directed by a committee of volunteers, this year FLIBS will celebrate its 60th anniversary in a town that has become world-renowned as the “Yachting Capital of the World.”

Today FLIBS is owned by the Marine Industries Association of South Florida (MIASF), produced by Informa Markets, and recognized as the largest in-water boat show in the world, with an annual statewide economic impact of $857 million!

“FLIBS has evolved into the most elaborate and influential yachting industry event in the world with nearly US$4 billion in product and show sales exceeding US$508 million.” 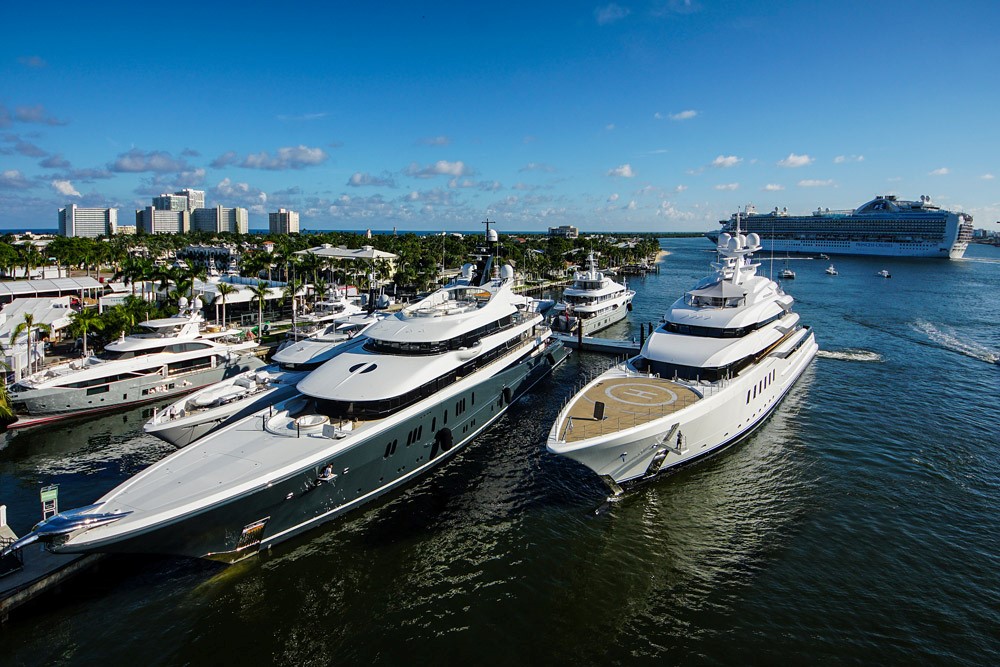 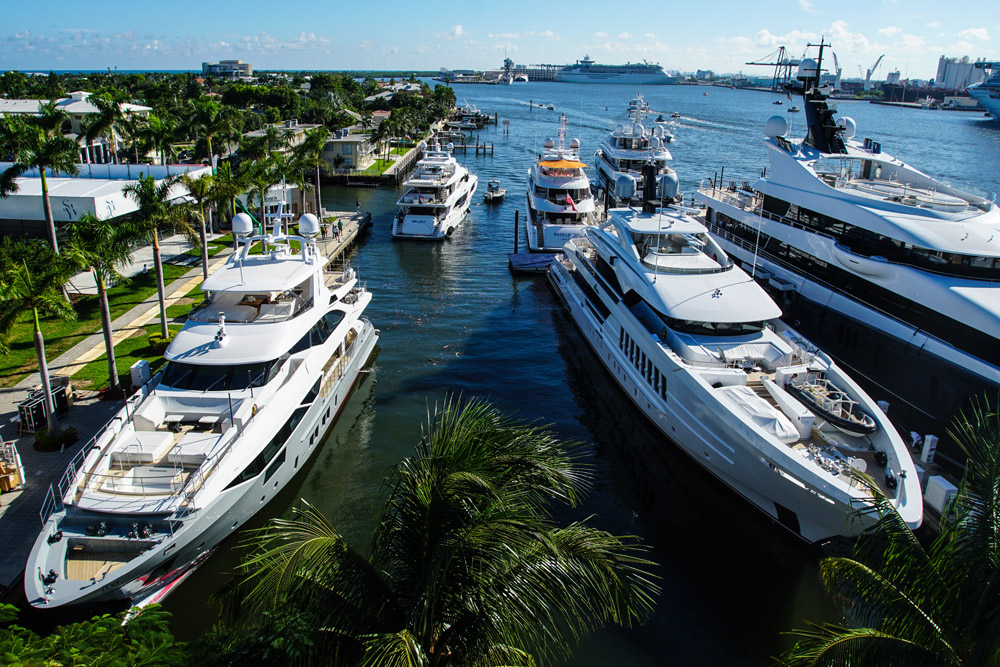 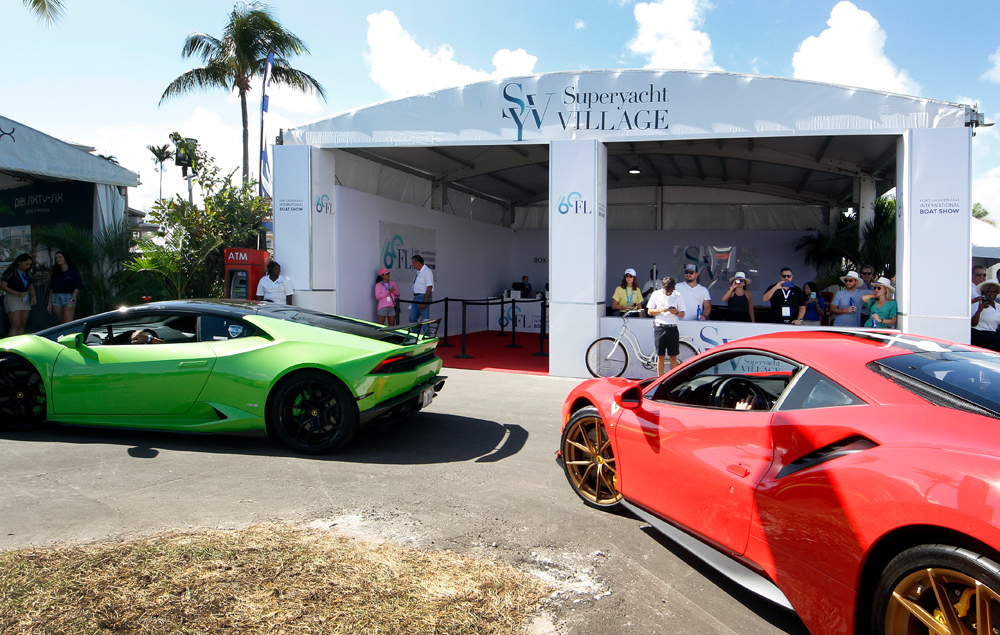 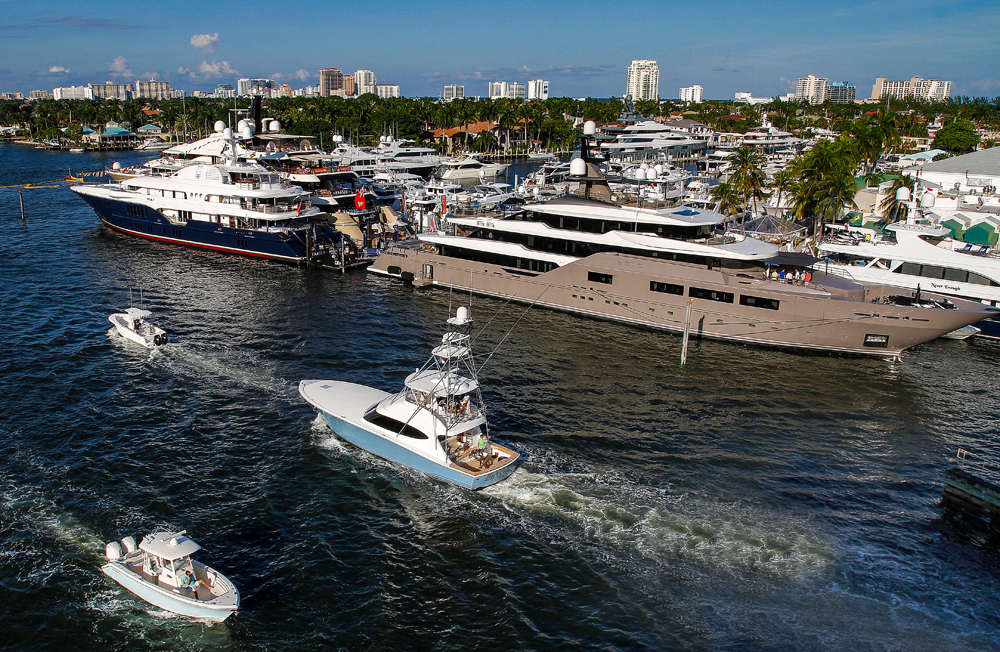 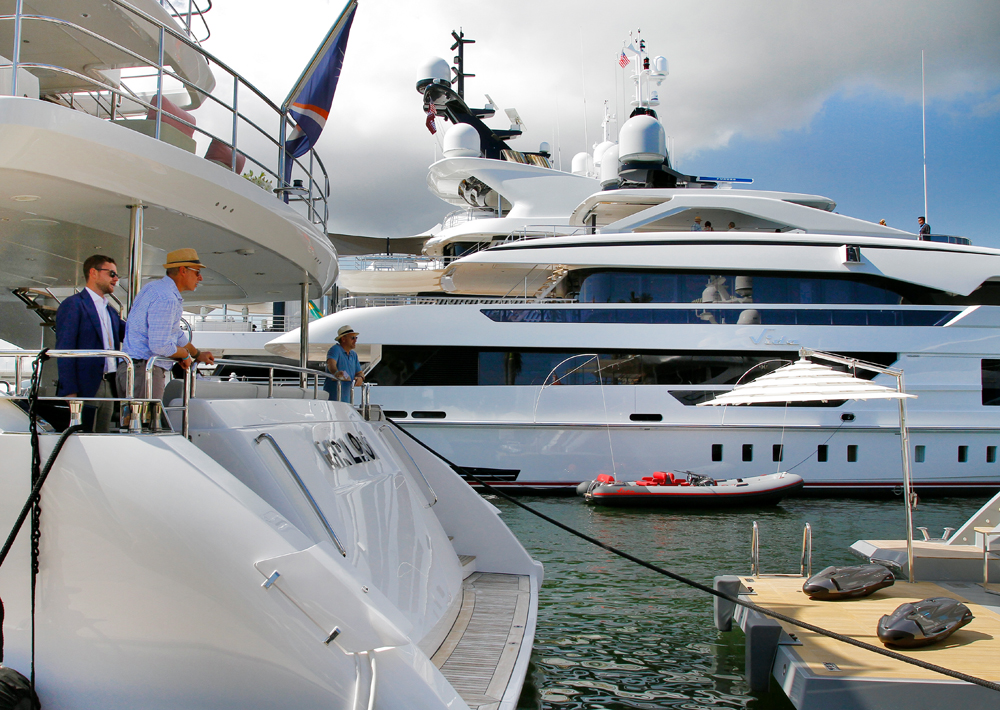 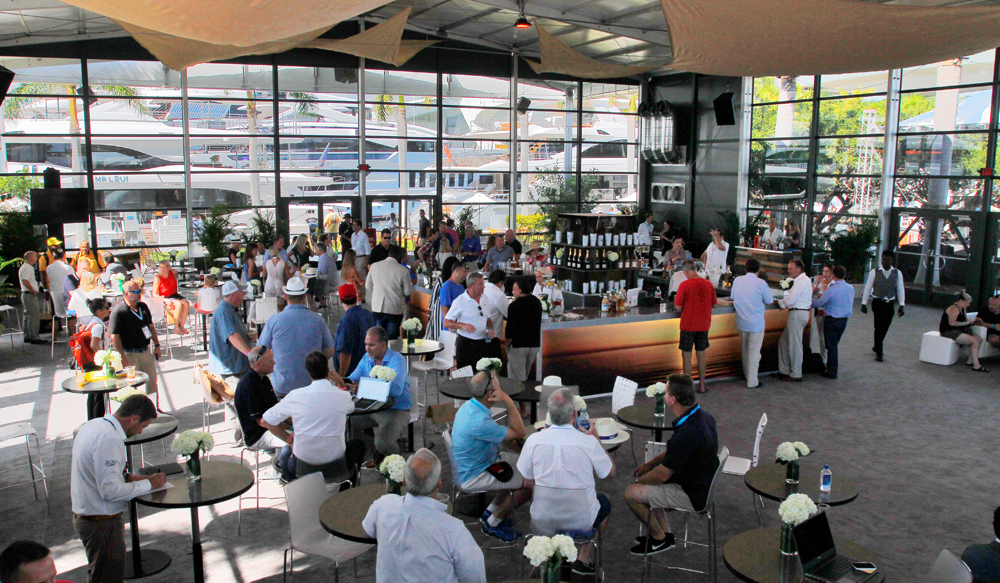 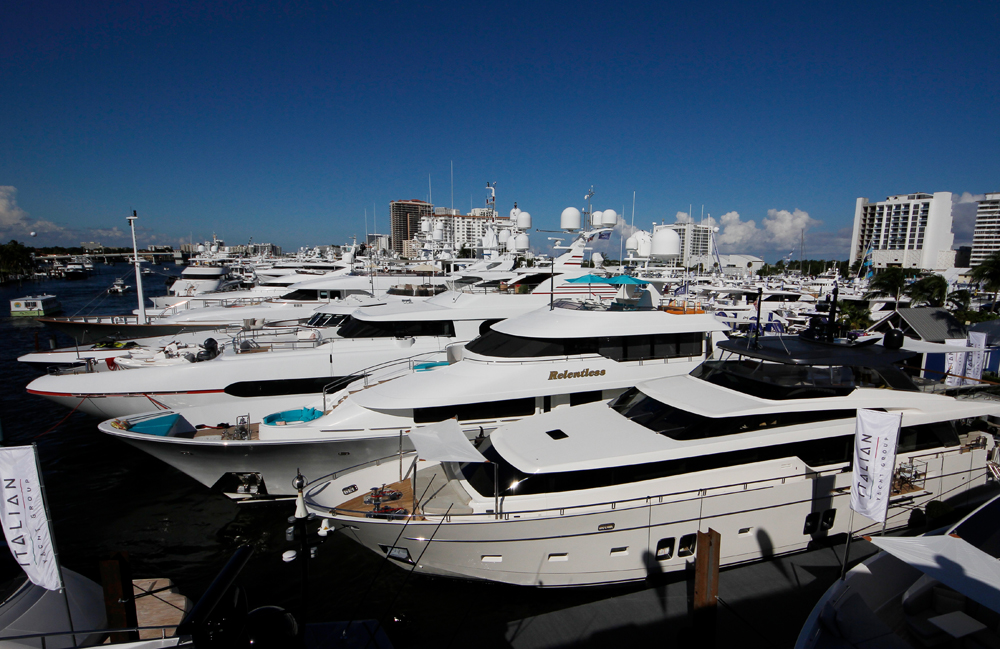 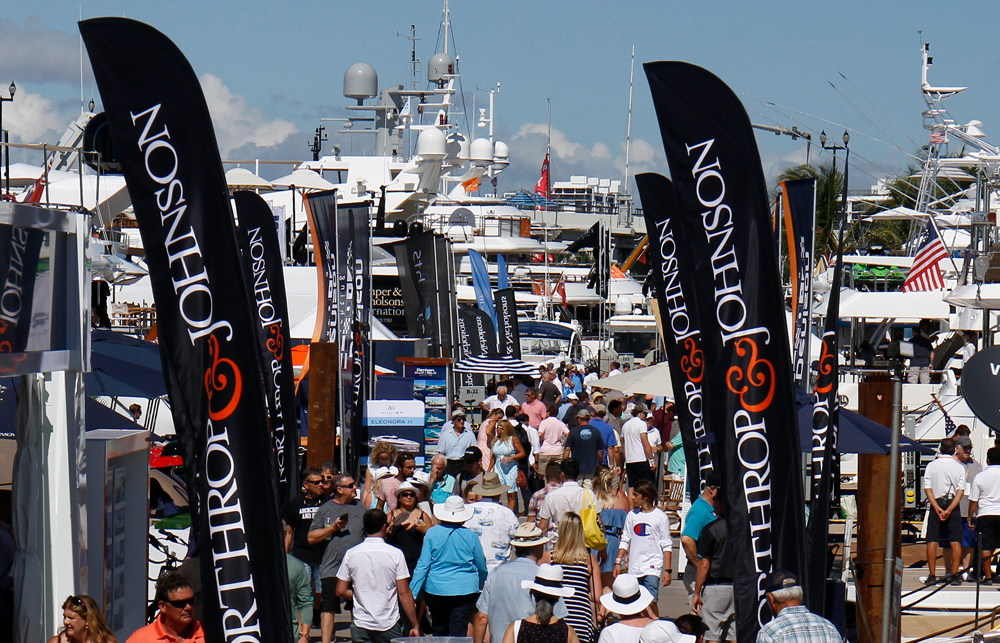 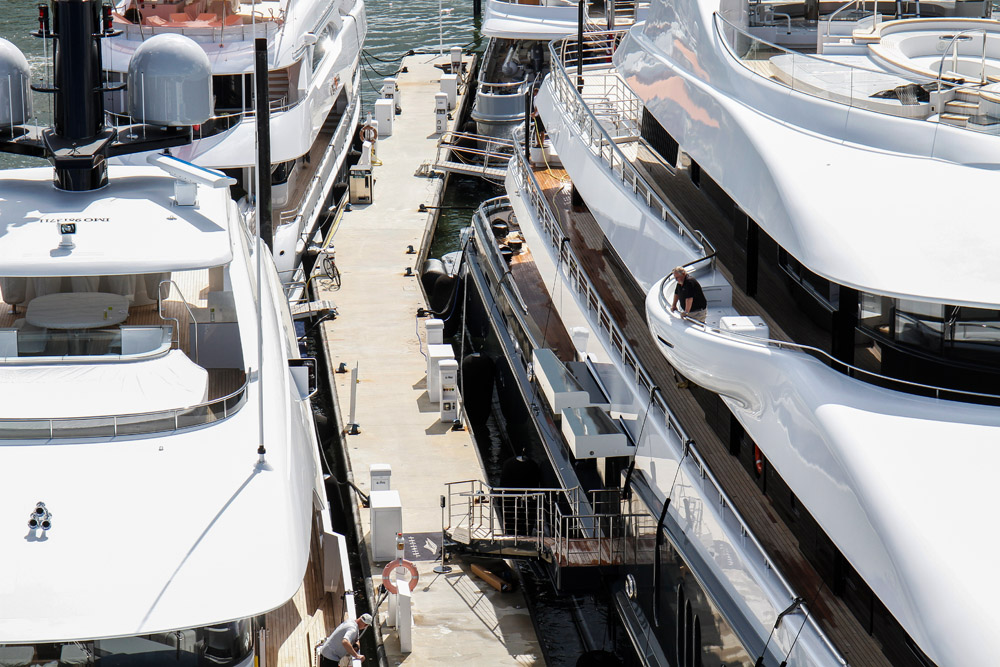 Phil Purcell, CEO/president of MIASF said “FLIBS is at the heart of an US$8.9 billion industry that employs 111,000 people in the Fort Lauderdale area. As the show has grown over the years, the marine industry has grown side-by-side, creating jobs and providing an unparalleled economic impact.”

Shades of its future prestige were almost immediately apparent. In 1960, just one year after its inaugural show, nearly twice the number of exhibitors signed up and by the show’s 10th anniversary more than 50,000 boating enthusiasts visited and the largest boat on display was 53-feet.

By the following year in 1971, 115 exhibitors were on-site with vessel sales topping a cool US$1 million.

Around the same time that Fort Lauderdale native Chris Evert captured her first Wimbledon title, monumental changes for FLIBS were being served up. The show’s dates were shifted from summer to mid-fall when yacht manufacturers traditionally present their latest and greatest models, and the show took up residence at its current home at the Bahia Mar Resort & Yachting Center.

The era also welcomed the beginning of the show’s embrace of the advanced exhibition technologies that have made it the leader in international yachting events.

The most dramatic advancements centered around exhibition tents, which evolved from circus-styled “big-tops” to longer, skinnier, more heat-resistant models to next-generation “clear-span” tents that securely enclosed the sprawling spaces without the need for support poles and could still withstand heavy rain and strong winds.

During the early 1990s, the show began expanding to additional locations and 200’ yachts were docking by 1996.

The 60th year now celebrates the unveiling of the very first Superyacht Village. Anchored by 10 of the largest yachts in the show, Superyacht Village and Marina will feature yachts up to 400 feet and will host several American debuts.

FLIBS has introduced a myriad of additional examples of exhibition innovation throughout its impressive history. Over the past decade, a complex transportation network of water taxis, riverboats, and shuttle buses has been developed to ferry about 85,000 visitors across the show’s seven waterfront locations.

The show’s culinary bona fides have also been updated and upgraded throughout the years. Simple food courts have expanded into gourmet “foodie” destinations featuring everything from ocean-side favorites such as conch fritters (3,000 pounds served) to sushi, a raw bar and an epicurean Trulucks Lobster Roll. Over 100,000 glasses of beer are also enjoyed at the show annually, more than what’s consumed at the Super Bowl!

All these developments have helped propel FLIBS from a local boating exhibition to an international, full-scale, multi-sensory, lifestyle experience. Most of all, FLIBS has become an anchor of Fort Lauderdale’s cultural and commercial community, pumping hundreds of millions of dollars into the local community each year and never failing to welcome boating fans even in times of national crisis.

But at FLIBS there is one current that remains: the welcoming atmosphere and carefree vibe always makes it a place where both yachting novices and the yachting-obsessed can find their sea legs, without ever getting their feet wet.