Venice-based design studio Nuvolari-Lenard has given a sneak peek into Project Redwood.

Nuvolari Lenard has announced new details about Project Redwood, a 139-metre motor yacht that is currently under construction at the Lürssen shipyard in Bremen, Germany.

Although many of the details of this highly secretive project remain shrouded in mystery, it has been revealed that the enormous superyacht will have the capability to land not one but two helicopters on its vast decks.

Nuvolari-Lenard also stated that the superyacht, which will be Passenger Yacht Code compliant – meaning it can sleep up to 36 guests in 20 staterooms, as opposed to the limit of 12 under the Large Yacht Code – will have “efficient, long range cruising capabilities for independent global exploration”.

While exploring the world’s most remote spots, the sports and diving centre on the lower decks will no doubt prove a hive of activity. There will also be a large swimming pool, partially protected from the elements.

For all those adventures, there will be space in the yacht’s tender garages for a fleet of support vessels. A number of these are said to measure up to 15 metres in length, which many would consider as a respectable standalone boat. 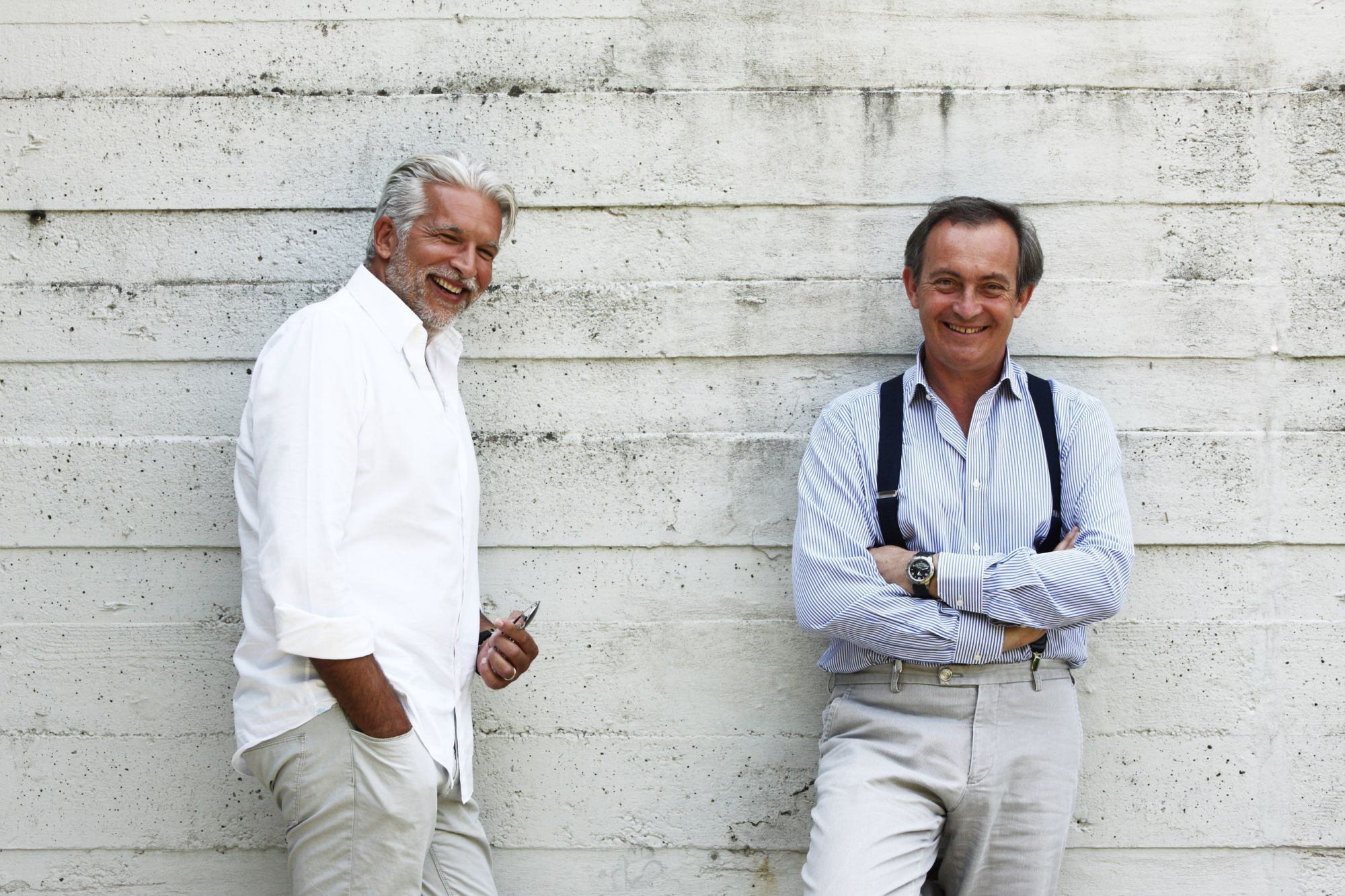 Dan Lenard and Carlo Nuvolari at their studio in Venice

Nuvolari-Lenard is working on Project Redwood’s concept, exterior and interior design, alongside owner’s representatives and a build team from Moran Yacht & Ship. The full-service yacht brokerage company is headquartered in Fort Lauderdale, Florida, and has been known to represent superyacht owners on some of the world’s largest and most high-profile superyacht builds.

In recent years, Nuvolari-Lenard and Moran Yacht & Ship also worked together on the 88-metre M/Y Quatroelle new build project, also at Lürssen. She was delivered to her owner in 2013 and attracted attention as one of the most sensational superyachts on display at the Monaco Yacht Show that year.

Project Redwood is expected to be delivered to its owner in 2019, when it will be ranking in the very largest superyachts in the world, likely breaking into the ranks of the top 20.